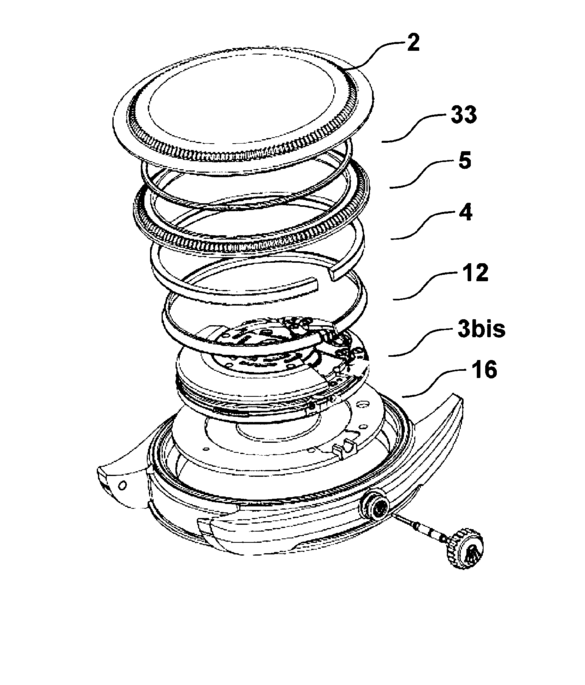 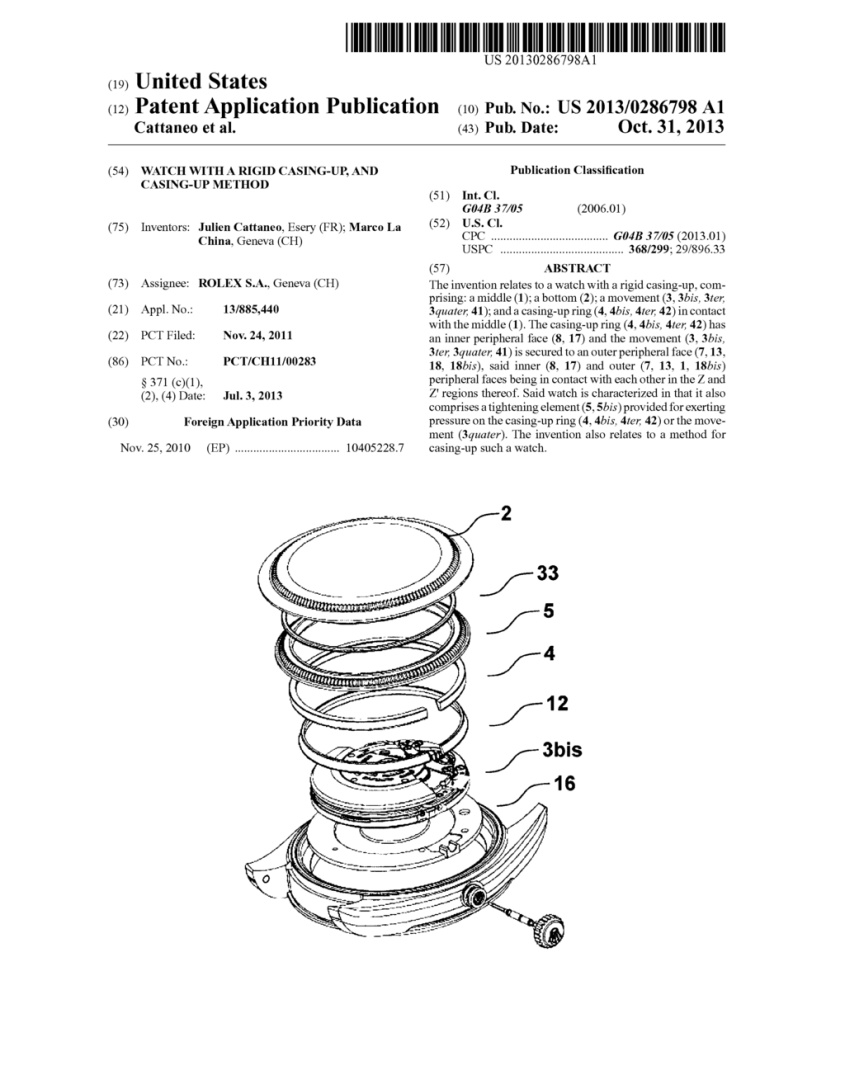 Rolex applies for a patent on a new case-up method that decreases shock to the movement by 60%.

Rolex could be planning to release watches with improved shock-resistance very soon. A recent United States patent application by Rolex details a new type of component used in their Rolex Oyster cases that is said to reduce shock to the movement by up to 60%. The patent covers the casing of a watch and the use of a two special rings to secure the movement versus more traditional techniques like using screws or a bracket. The solution is both useful and very simple, and we believe it will show up in Rolex watches soon.

Patent application # 20130286798 begins by giving background on the invention as a new means of casing-up movements into watch cases in a way that results in fewer broken parts from a shock and reduces the shock to the movement by 60%. This follows a history of other shock absorption improvements, such as the balance bridge introduced with the 3135 calibre.

“Various tests, including those undertaken by the applicant, have revealed that these casing-up solutions not only transmit a shock from the case to the movement, but also amplify it. Accordingly, a cased-up movement in a watch which experiences a shock of 10,000 g will be subjected to a shock of 25,000 g, that is to say amplified by a factor of 2.5.”

The background states that this solution is completely unexpected, due to the fact that current attempts are aimed at using elastic polymers to absorb shock and this invention succeeds in reducing shock by using solid materials.

Normally the casing-up or mounting of a movement in a watch involves screws and braces (ETA style movements are frequently mounted this way, as was the movement in the Rolex Oyster Precision ref.6426): 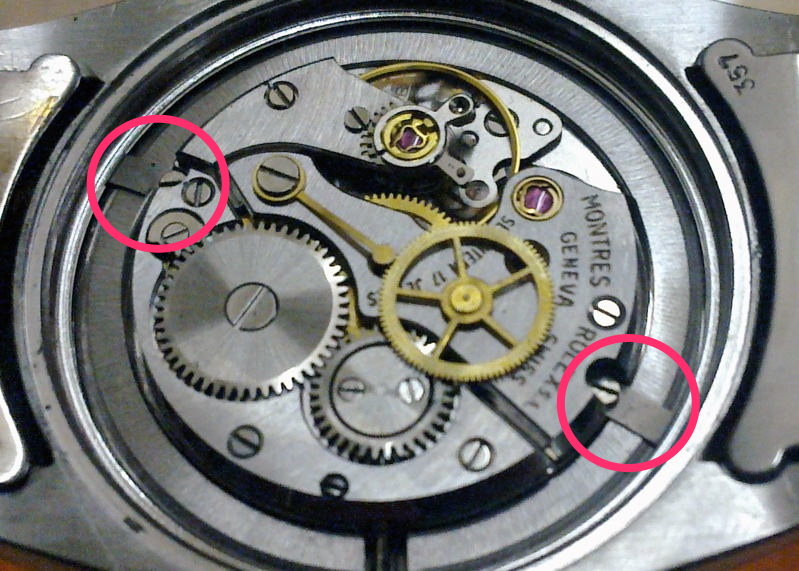 On this vintage Rolex 6426 Oyster Precision manual wind, it’s possible to see the movement ring, screws and braces that hold the movement in the case.

or eccentric flange screws, which modern Rolex movements use when mounted in a Rolex Oyster case. 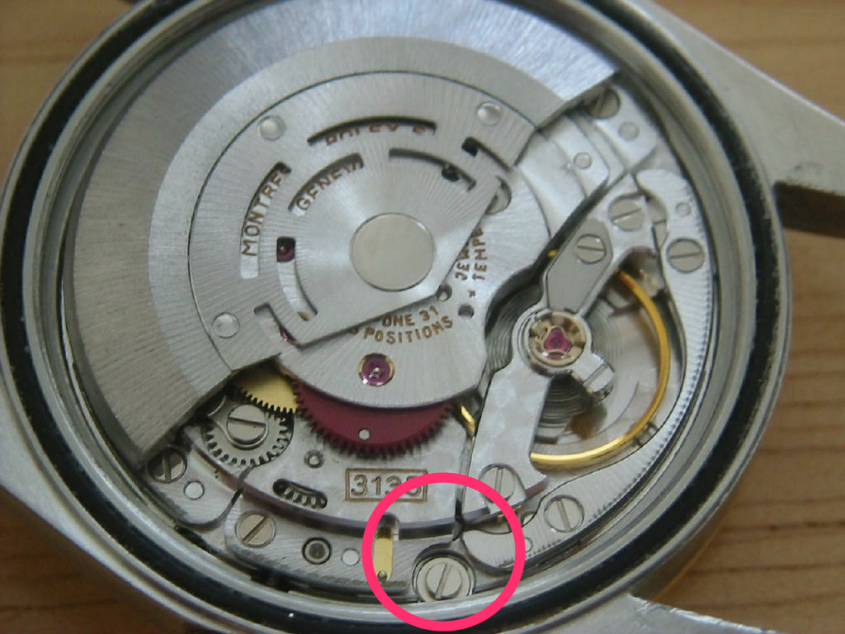 Rolex uses a flange screw to mount the 3135 calibre in watches like this 36mm Datejust model.

Other casing methods could be a plastic ring (Swatch 2842 powered automatics were mounted this way) or in the case of some 1990s Tudor watches, a solid metal ring over which the screws and braces clamp the movement in place with a flange and other complex surfaces to locate the movement.