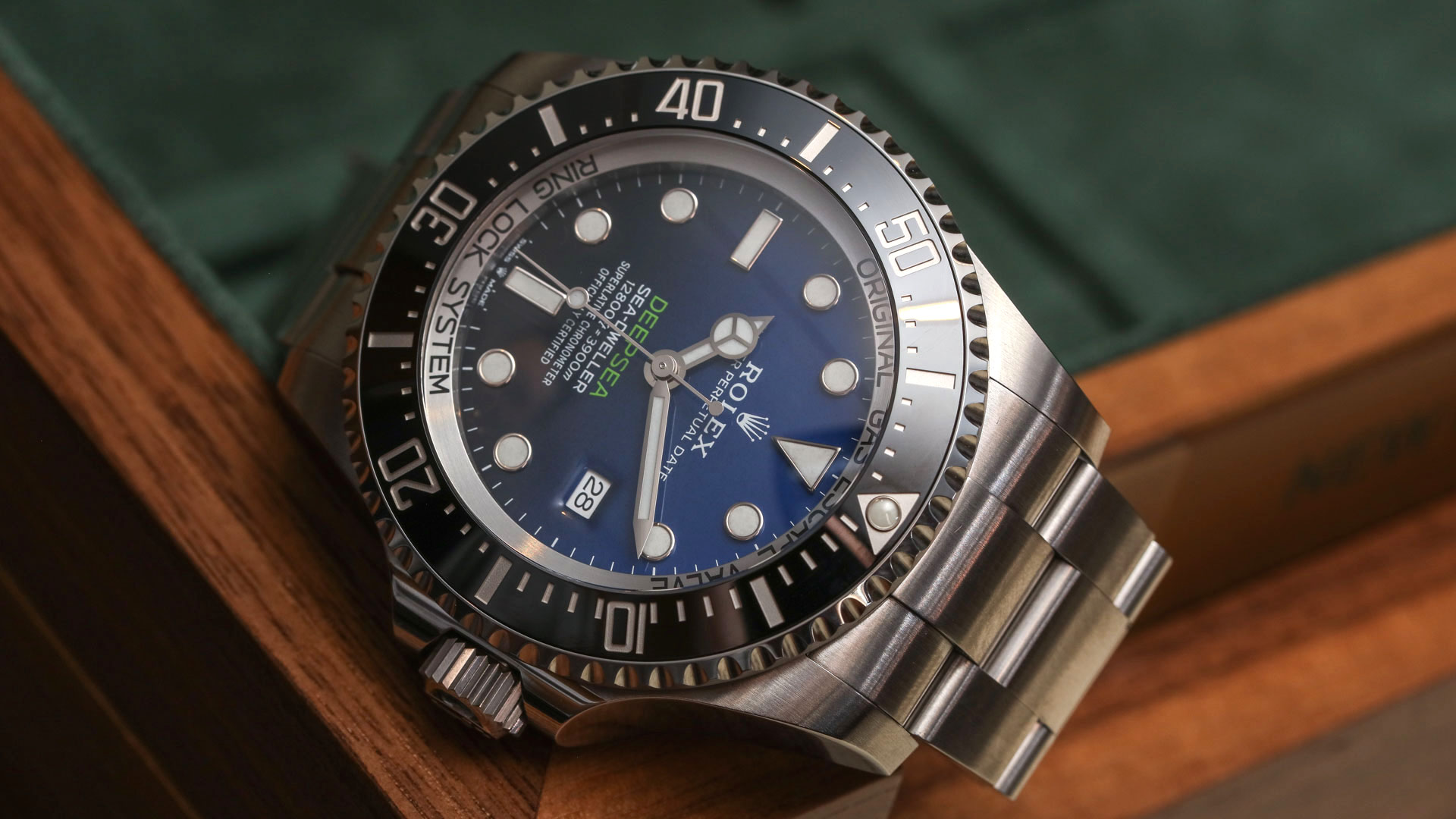 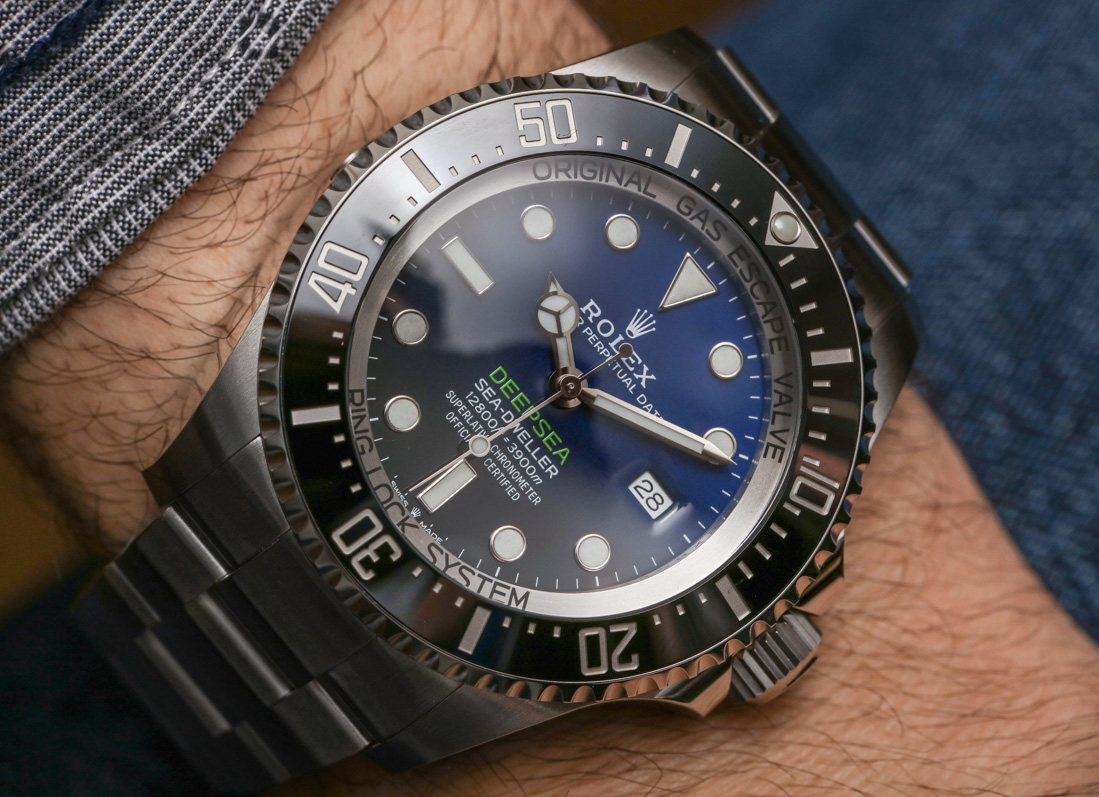 For 2018, Rolex updates their “Beast” – releasing the Rolex Deepsea Sea-Dweller Reference 126660 with a nice little refresh. It features a few aesthetic updates, easily missed if you’re not familiar with the model, and their recent 3235 movement featured in last year’s popular black “Cyclops” Sea-Dweller (that caused a polarizing rift in the space-sea continuum). It seems Rolex’s strategy with the ref. 126660 was more along the lines of taking collectors’ suggestions to heart, and creating a modern refresh that stays as close to the original as possible. We will quickly take a look at what those changes are, and how they affect the overall product line.

The Rolex Deepsea is the largest watch in Rolex’s current collection – hence, the “Beast.” I’ve found that unlike with a number of the big brands, it’s rare to find an enthusiast who finds the Deepsea as simply “alright.” It’s typically a love-it-or-hate-it relationship and that’s what makes the watch so uniquely positioned within their catalog. Basel has had so much Pepsi and Root Beer hype this year that the Deepsea refresh has flown largely under the radar – admittedly mostly due to the lack of any sweeping aesthetic changes or major developments to the model. 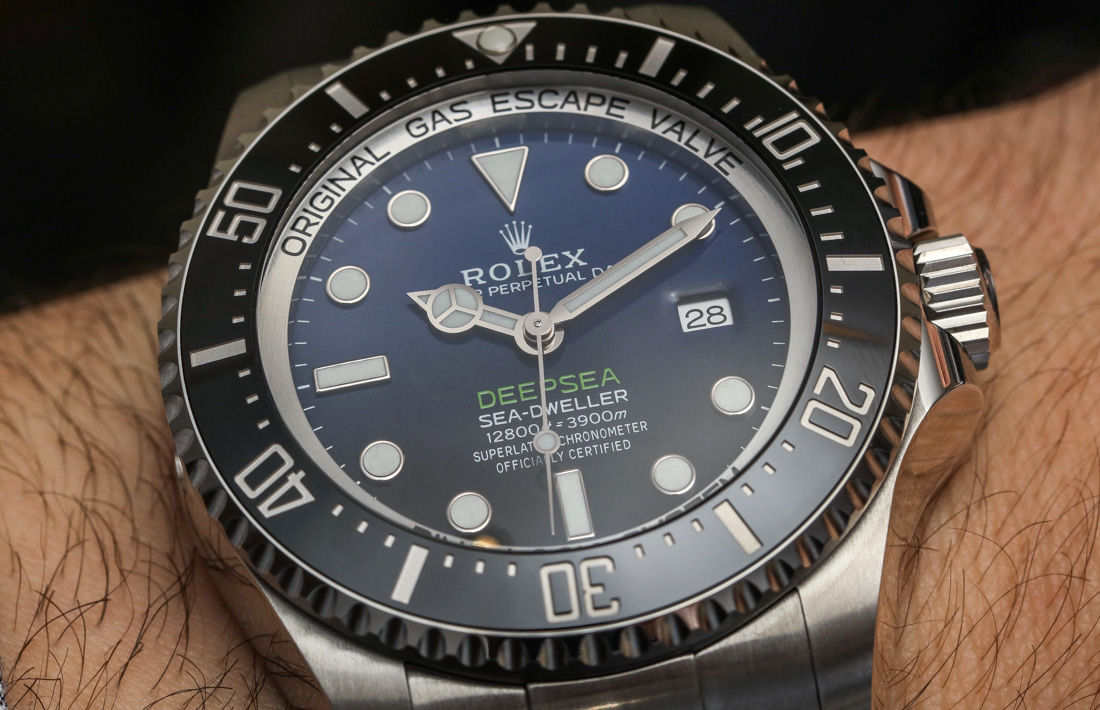 Let’s start with the dial. That James Cameron Diving Blue, aptly named “D-Blue,” is still the prominent eye-catching feature, although there is an all-black “traditional” model released that we will share with you later. The indices are a hair smaller, with the stick indices at 6 and 9 o’ clock being a smidge thinner (I know, very professional verbiage). Additionally, the font of the “Original Gas Escape Valve” and “Ring Lock System” has been adjusted to match the “Deepsea” text on the dial instead of the “Superlative Chronometer” of 2014’s model. The last thing Rolex tightened up was the length of the seconds and minute hands. Instead of falling slightly short of the inner and outer edges of the chapter ring indices, they have been extended by about a millimeter to allow the hands to perfectly align. Unfortunately, and to the groan of a lot of enthusiasts, no text has been removed from the dial. However, I do feel the newest model looks tighter, though I would have preferred the Ring Lock to be a bit smaller allowing for the dial to appear slightly larger. 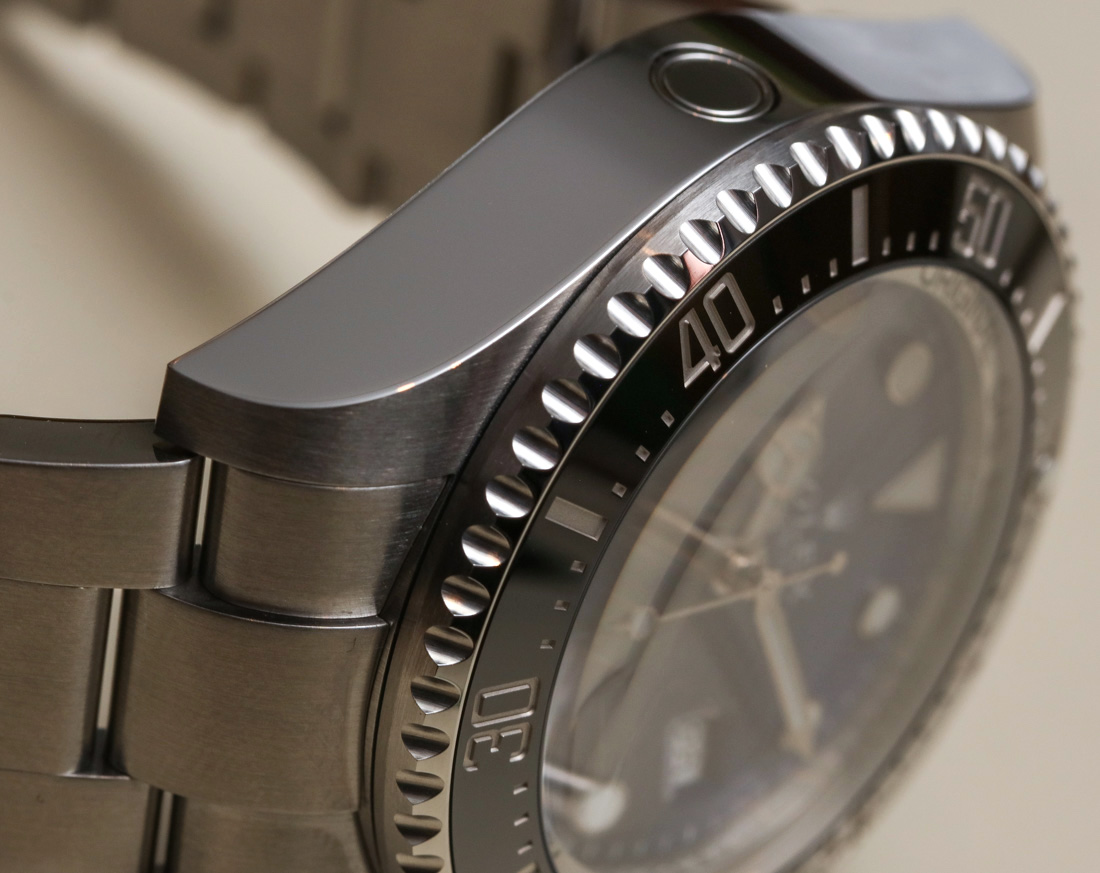 Moving on to the 44mm stainless steel case, Rolex has “re-designed” the lugs – AKA, given them an ever-so-slight rounded taper and small size adjustment. The lugs are about a millimeter thinner than the previous version of the watch. To account for that, the bracelet has been widened by about a millimeter, and is also slightly more tapered to accommodate. 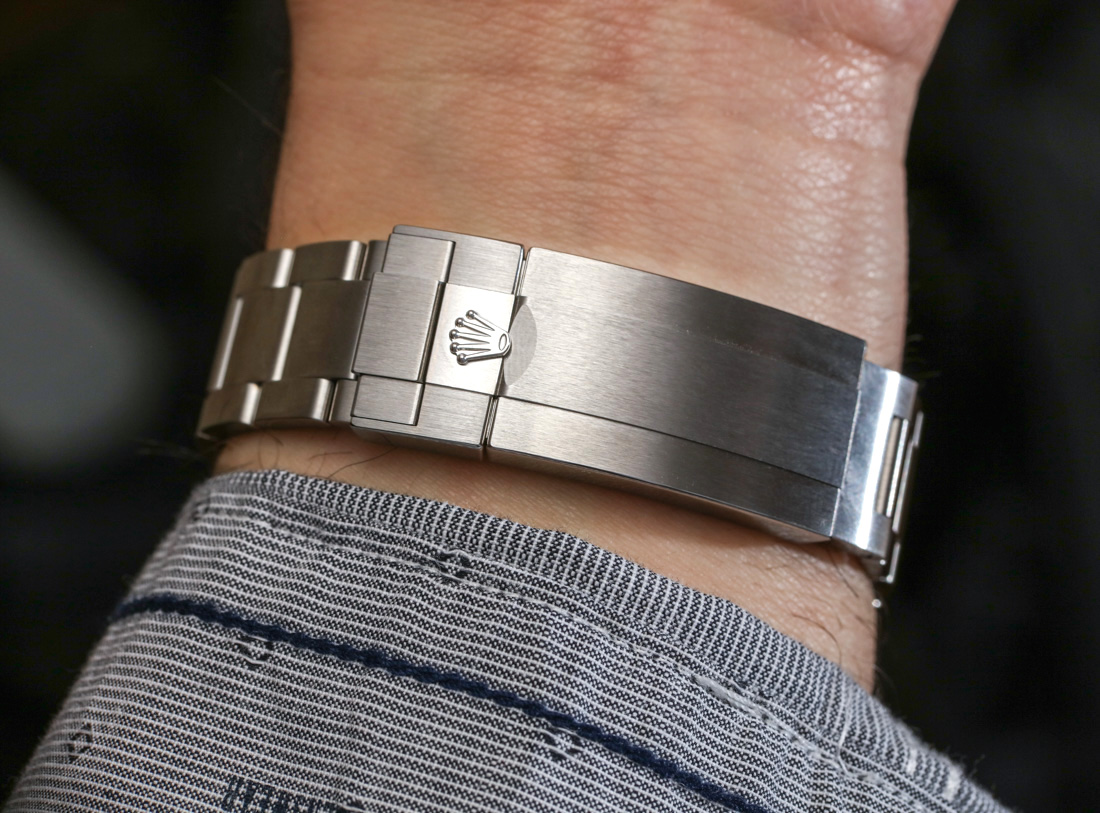 Additionally, the Oysterlock clasp has been sized accordingly, and still features the micro-adjustments in 2mm increments – overall giving the watch a more comfortable experience. The bulkier wrist presence may read “less elegant,” but on the wrist it simply looks cleaner and utilitarian without compromising the classy nature of the piece. Although, I would argue that it would take a very trained eye for someone to even notice the difference without strapping it on their wrist. 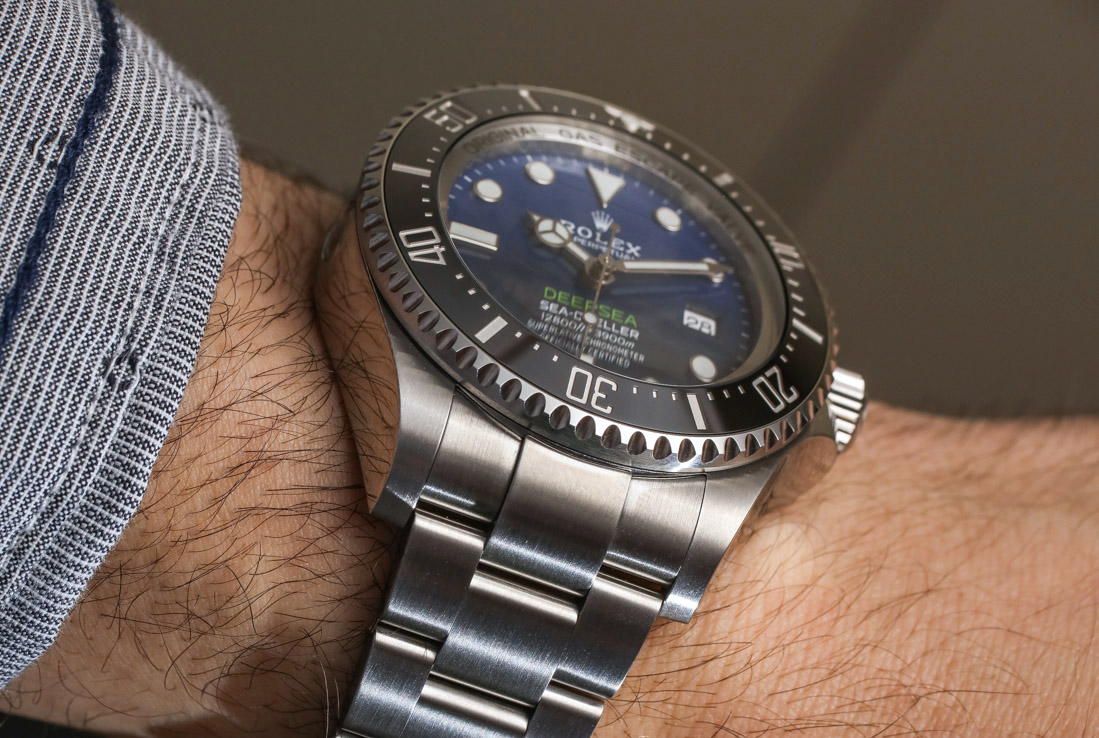 However, the real appeal of this update will be what’s beating inside. For the new Deepsea, Rolex has utilized its coveted Perpetual Calibre 3235. As mentioned earlier, the movement was used in last year’s Sea-Dweller, but also the newest Day-Date and Datejust models. Rolex’s inclusion of their patented Chronergy escapement and Parachrom hairspring lets them claim that the watch not only has a natural resistance to magnetism, but that it’s 10 times less susceptible to shock-related precision issues. An additional claim is that thanks to the escapement’s efficiency paired with a new barrel architecture, the watch now features a 70 hour power reserve over the Calibre 3135-fitted Deepsea’s approximate 50 hours. 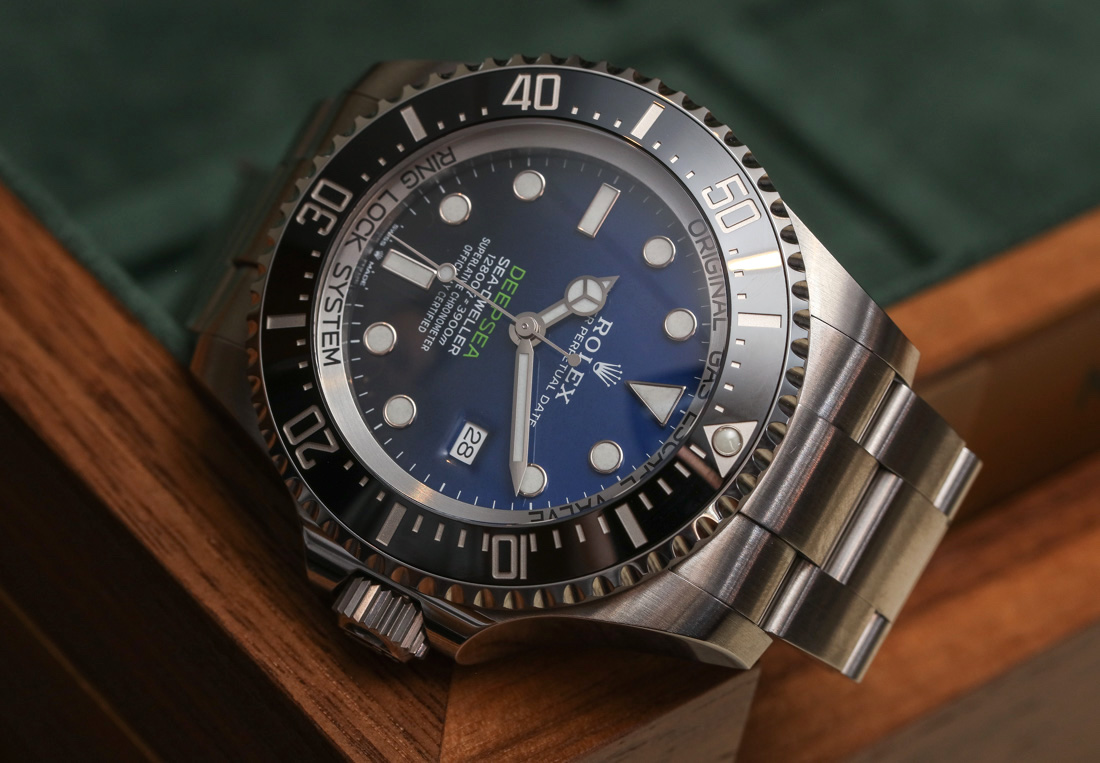 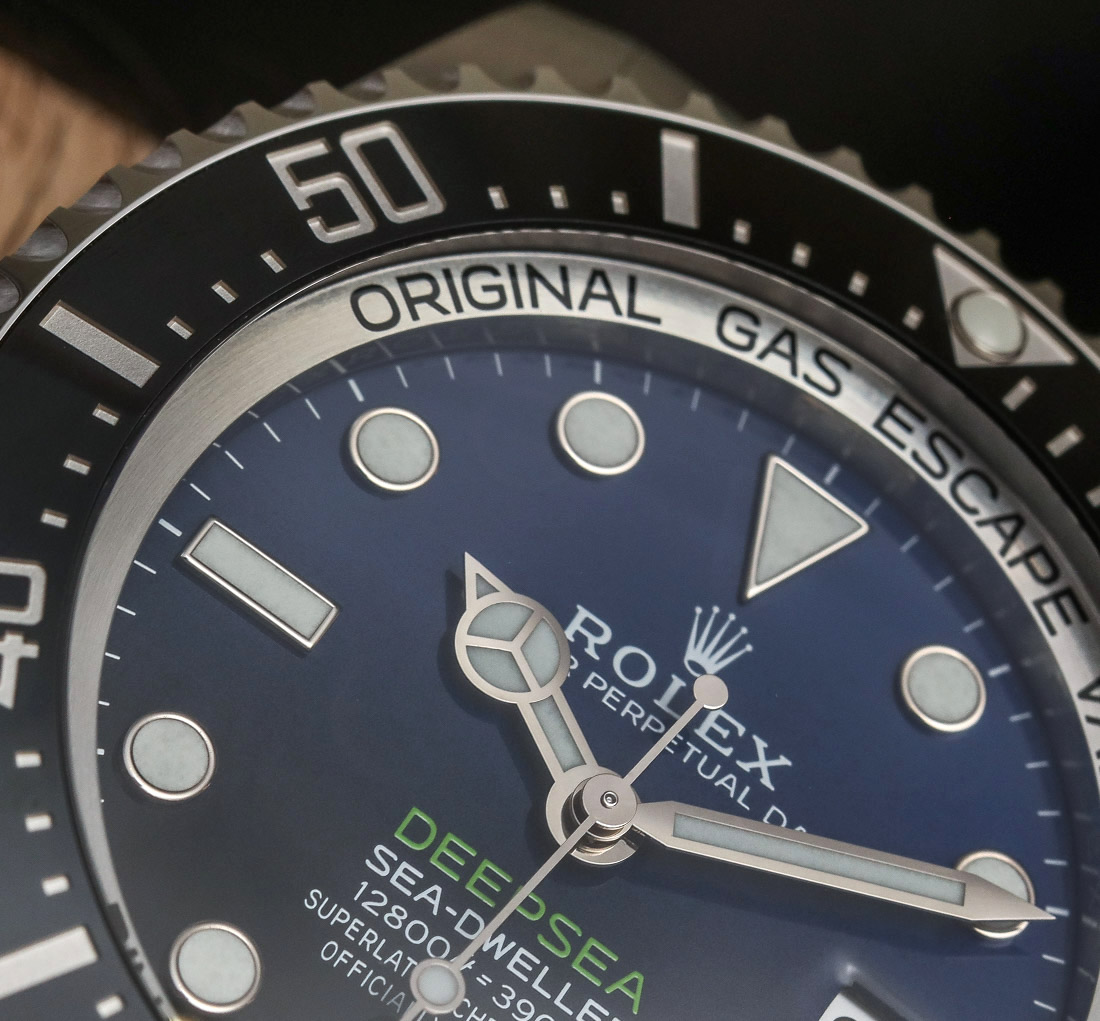 Overall, while the refresh isn’t exactly the sexiest of the Baselworld 2018 releases, it is appreciated. The new movement, increased power reserve, and case and dial updates may not have owners of the previous reference 116660 trading up immediately, however it is new value for fresh purchasers who’ve always liked the model. While this model is large for Rolex (at a reasonable 44mm wide x 18mm thick considering the 3,900m water resistance rating), there are far larger, far less water-resistant models offered by other brands. 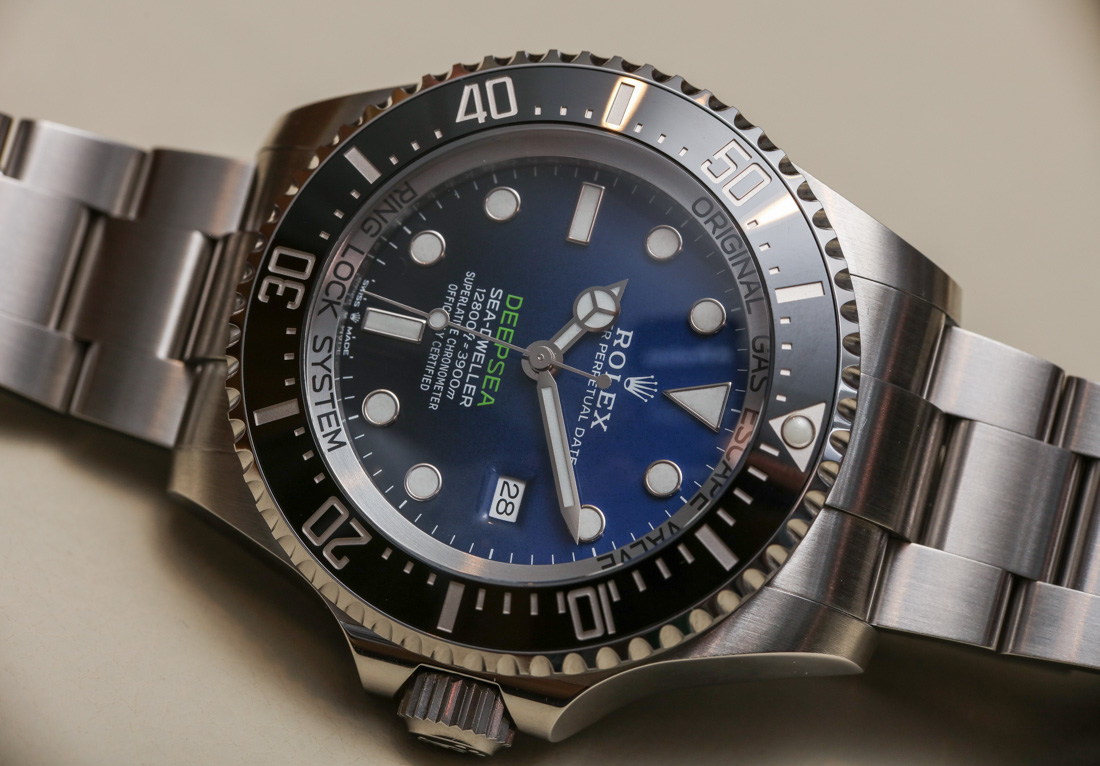