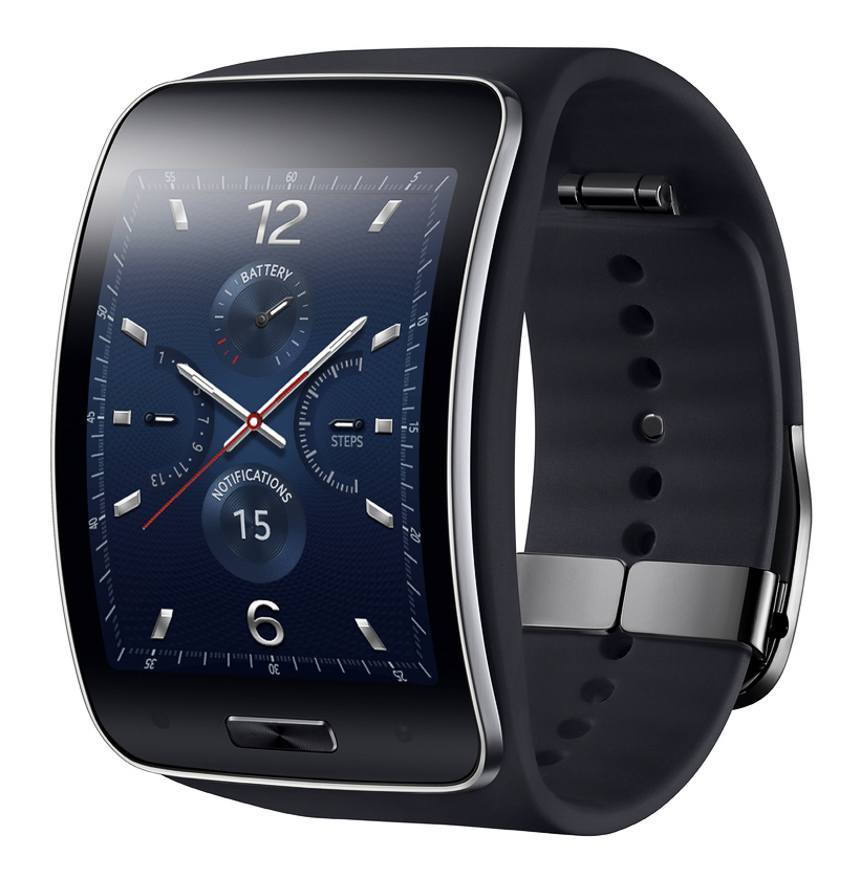 Announced today, the Samsung Gear S smartwatch heralds in a few additional features and specs to the Korean electronic giant’s quickly growing smartwatch collection of products. Samsung has taken a decidedly “un-Apple-like” approach to their development of smartwatches by releasing pretty much every iteration of their smartwatch products in fast succession, versus waiting and tweaking until they have what they feel is “just right.” The approach has helped Samsung gain a lot of notoriety for being first in a lot of categories, but reviews and media response to their smartwatches are lukewarm at best in many instances.

On the plus side, each new connected watch that Samsung releases appears to be an improvement on the last generation. Samsung’s latest watch is the Gear S, which is due out in October 2014, and on the surface, it looks like a dream product. The laundry list of features and promises is impressive, but we will see if Samsung can deliver on its new uber-smart watch when it comes to performance and reliability. Battery life is claimed at a scant 2 days per charge, so expect less than that with normal (heavy) use. 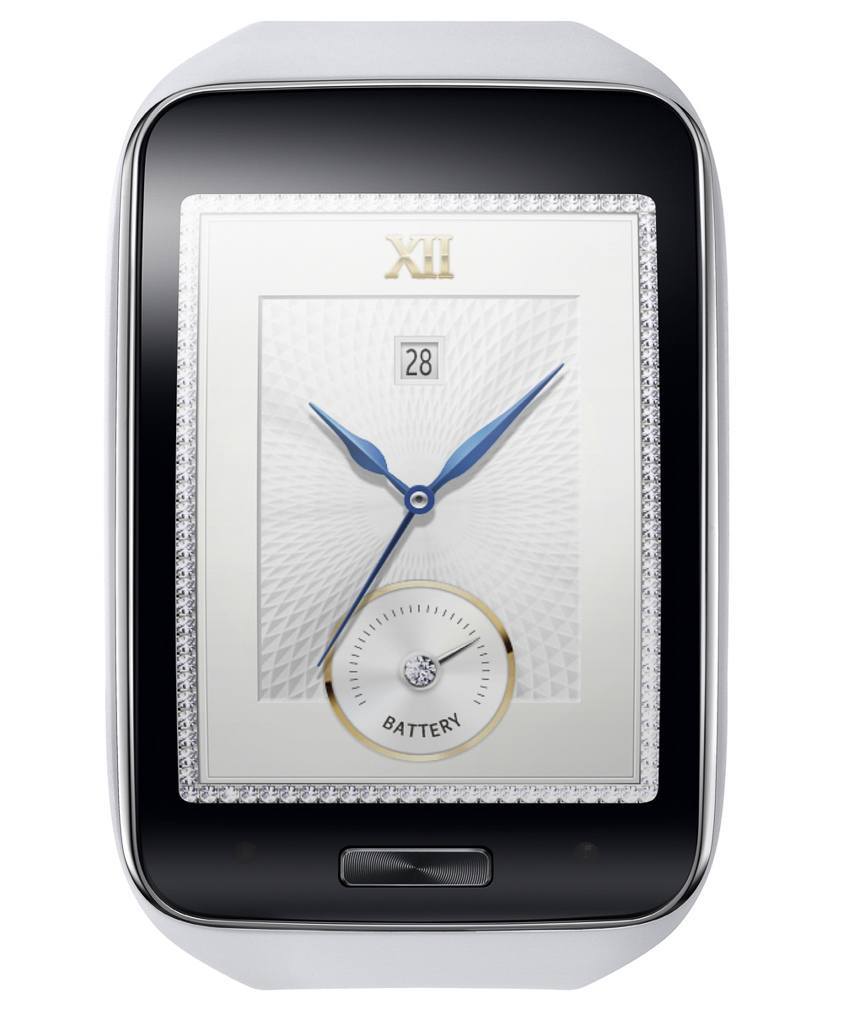 The reasons that we cover smartwatches on aBlogtoWatch is because I am curious to see how their market is developing, I like to observe how they are influenced by the traditional watch industry, and I am keen to find those smartwatch devices that offer traditional watch lovers a compelling reason to take off their mechanical watches and put on a digital smartwatch. While the luxury watch industry does have a lot to fear from the smartwatch market, the more immediate threat are to mainstream quartz watches that will experience far fewer sales when similarly priced smartwatches compete for wrist space.

What the Samsung Gear S introduces to the scene is the much hyped curved LED screen. Samsung has been selling curved LED televisions sets, and now that technology has entered the smartwatch market. Samsung makes pretty darn impressive screens that only fail in how much power they consume. The Super AMOLED screen on the Samsung Gear S is 2 inches in size and is a touch screen. The curved profile allows the Gear S to wear more naturally on the wrist, which is a good thing since I have yet to see a large, flat LED or LCD screen that looks even remotely good on the wrist. 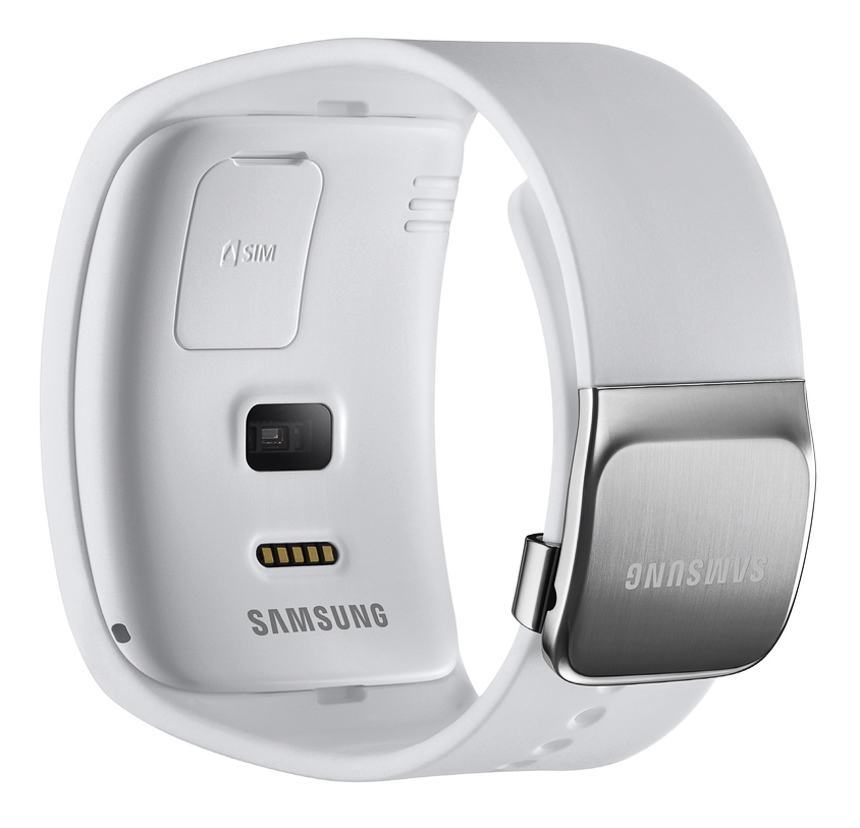 The Samsung Gear S watch itself looks like a small curved early iPhone on your wrist and is attached to an integrated black or white (plastic) strap. The images of the Samsung Gear S make the strap look integrated but Samsung clearly states that the straps are changeable. Not sure how that is supposed to work but a major area of improvement needed in smartwatches is allow people to attach straps and bracelet that don’t feel like came right off of your average cheap digital sports watch. Consumers looking for bona fide lifestyle goods want fine materials such as leather and alligator, or well-made bracelets.

At least Samsung appears to be learning from the traditional watch industry when it comes to the watch dials. Of course the Samsung Gear S will have customizable screens, but the ones they teased offer a unique glimpse into the future of what many people will be looking at to tell the time. Even in the digital age, people still fetishize analog dials. Here you have two relatively classic looking watch dials that indicate the time and other information. Traditional power reserve indicators offer battery life and other dials typically used for chronograph or calendar information appear to be connected to the pedometer and other sensor or notification features of the Samsung Gear S. 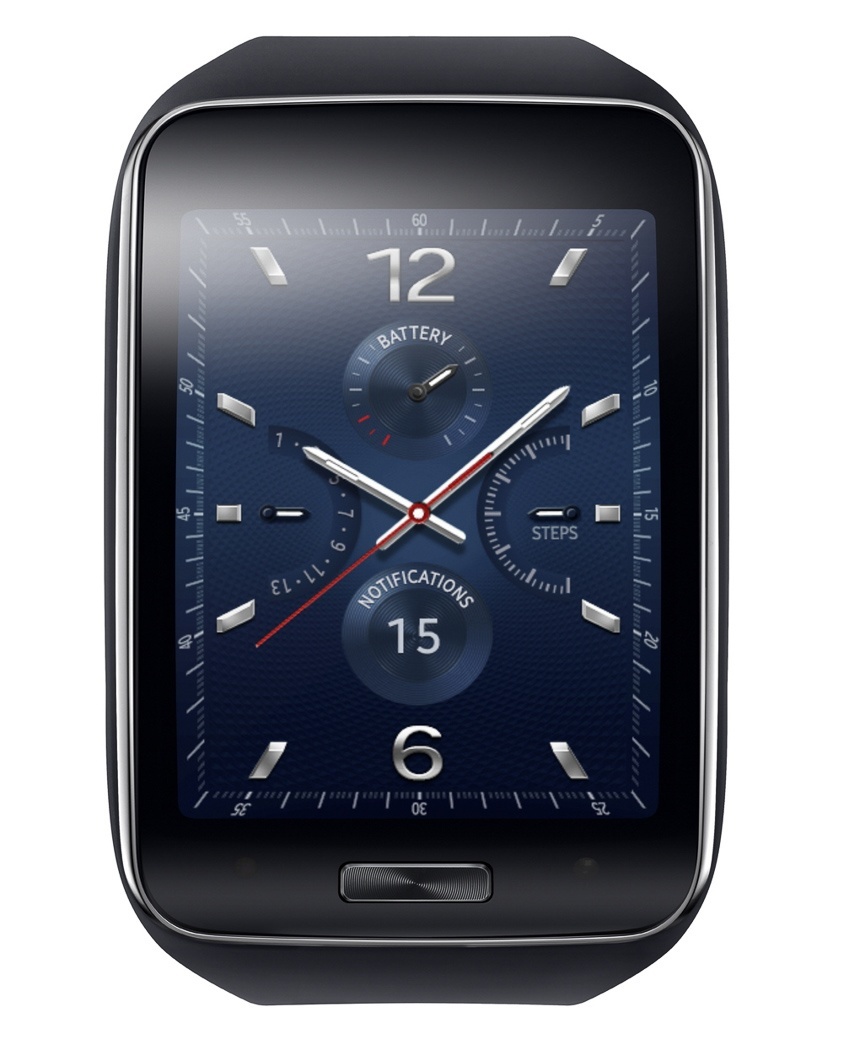 In addition to connecting to your smartphone via Bluetooth 4.0, the Samsung Gear S has its own SIM card slot for 2G and 3G connections. That means while the Gear S is intended to go with your phone, it can live independently without it. Samsung claims that switching between Bluetooth and WiFi connections is simple, and the idea is to allow for the watch to continue offering notifications, emails, etc… while the Gear S is not within range of your phone. Samsung also appears to suggest that you can make calls directly from the Gear S. There is an onscreen QWERTY keyboard (which I am sure is… amazingly fun to use) and the Gear S also features voice control that, ideally, works properly as well.

Samsung has loaded the Gear S with a bevy of sensors. This includes everything from light senors to a compass, pedometer, heart rate monitor, barometer, gyroscope, and accelerometer. Again, all great stuff but it has yet to be seen how well the 300 mAh battery handles the many connectivity and sensor features the Samsung Gear S has. Once again, I anticipate that Samsung has created a product too big for its little body. Samsung uses a Tizen-based operating system as opposed to Android Wear, and with everything going on I am not particularly confident that the hardware and battery are up to snuff in regard to performance. It isn’t Samsung’s fault – they are using the best which is available at this time, but in many ways, I don’t think that is enough. In addition to trying to make smaller smartwatches, people are demanding more functionality – and the hardware and, mostly the battery technology, isn’t quite there yet.

The Samsung Gear S is a step in the right direction. The future of the smartwatch industry isn’t about round or square screens, but about attractive packaging, high quality materials, and reliable performance. Whatever that ends up looking like has yet to be seen, and of course, the smartwatch industry will benefit from variety. Samsung hasn’t announced the price of the Samsung Gear S yet, but it will likely be a few hundred dollars when it is scheduled to be released in October 2014. It faces competition from other new smartwatches this holiday season, but with none yet released it is difficult to anticipate who will offer the best of breed products. samsungmobilepress.com 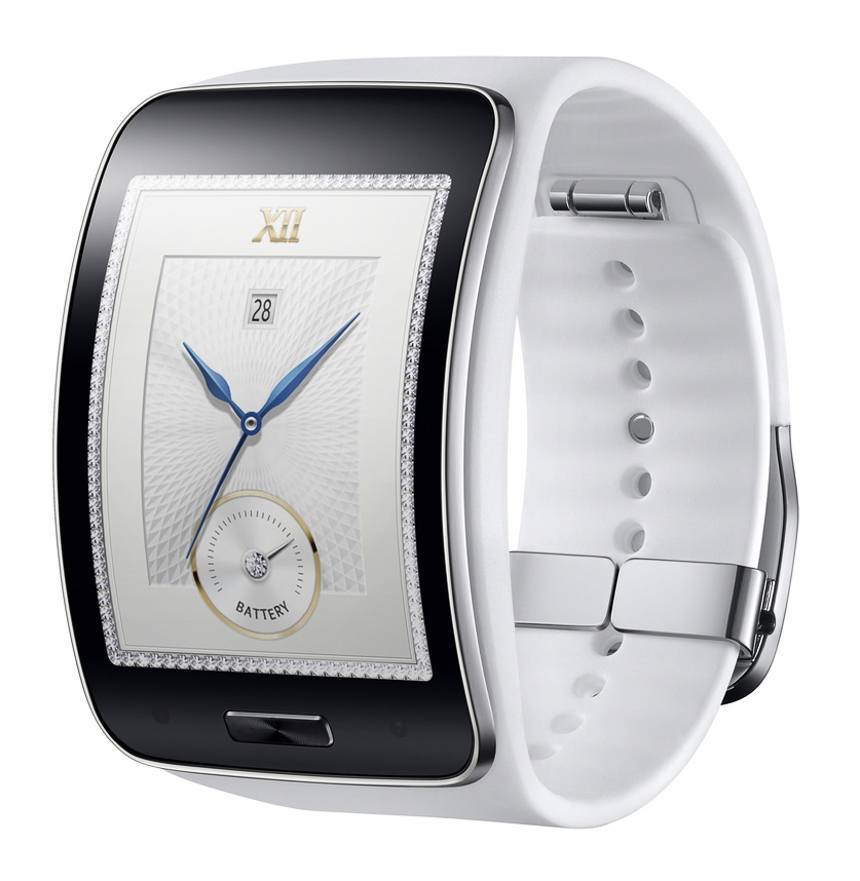