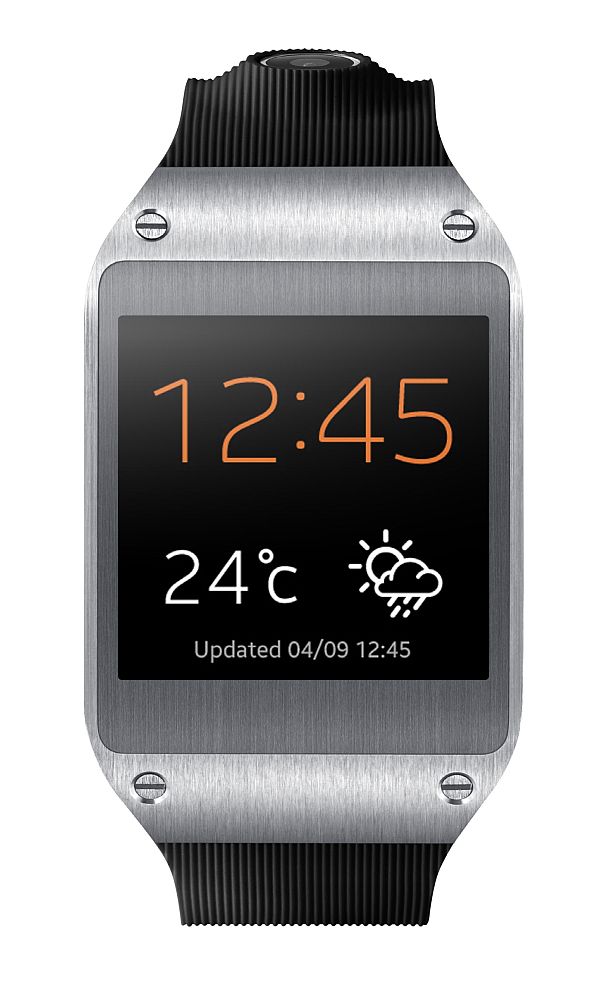 We knew it was only a matter of time before some of the big names in the electronics industry dove into the burgeoning smartwatch category, and Samsung is the second of the big guys to announce, after Sony’s SmartWatch 2, with their recently introduced Galaxy Gear smartwatch that debuted today.

As you can guess from its name, the Galaxy Gear is part of Samsung’s larger Galaxy lineup of mobile devices, and it shares some of the design language those other devices have. It also shares an operating system – the Galaxy Gear comes equipped with Android 4.3. A real draw are the ready-to-use, specially made apps to help keep using the Gear interesting. While I can’t be absolutely certain, this seems like it would make development for the device much easier than some of the other smaller brand watches coming out, as folks won’t have to learn a whole new language to code for – they’ll just have to adjust for the limitations of this wrist-top device.

Also similar to a phone? Battery life. They’re estimating a 24-hour battery life with “normal” usage, but time will tell as to how this actually works out in the real world. Estimates all agree that you’ll need to charge the Galaxy Gear daily just like your phone. Whatever the run-time ends up being, you’re going to be throwing the watch on the charger when you get home in the evening, right along with your phone for sure – so more cords all over the place. Which I suppose is fine, given that most of the functionality is running from the Bluetooth LE (low energy) connection with the phone.

With that radio, thankfully, it means you’re not just stuck connecting to Android (or even just Samsung) phones – you can hook it to your favorite (though, more recent) iPhone as well. This is all in theory, though – out of the gate, there are only two Samsung devices (the Note 3 and Note 10.1) listed as being compatible with the watch. Frankly, that’s ok for now – if you want to install apps onto the phone, you’ll need the special watch app store that sounds like only Samsung devices will have access to. Samsung claims that soon more Galaxy phone devices will work with the Gear after software updates, but those are yet to be announced. 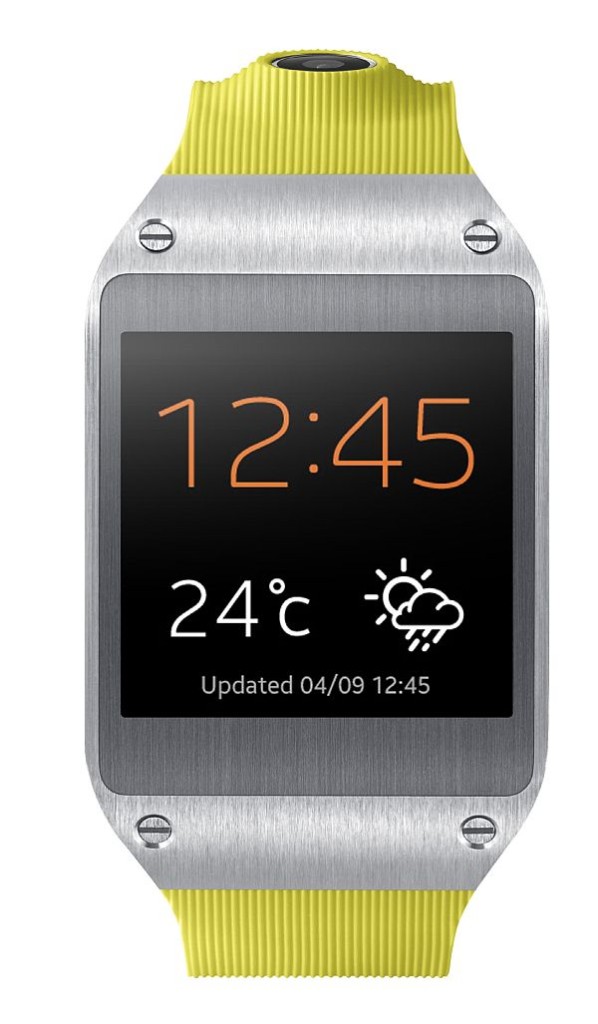 Oh, and those apps are really where the Gear has a chance to shine. When the watch arrives in October, it will be supported by some bigger names, like MyFitnessPal and RunKeeper. This, of course means that its intended to take on any and all stand-alone fitness trackers. I think this is an excellent bit of function to add to a smartwatch, and the support of these existing platforms can only help to further the appeal of the device. Whether or not you’d want to wear a $300 watch (as well as carry your phone) while out exercising, though, is a different question altogether.

As with other smartwatches, the Gear is packed with an accelerometer and other sensors, allowing it to join in the crowd of the “quantify everything” devices we’ve seen, allowing you to say, track your activity during the day. It should also help you to make your phone calls, as it’s packed with a microphone and tiny speakers (yes, like the Hot Watch, you can pull a Dick Tracy). Oh, yeah, and like the Hyetis Crossbow (in some regards), the Galaxy Gear is packing a camera as well – though not quite a 41-megapixel shooter. The 1.9 MP shooter should create passable pictures, as well as giving you the ability to shoot 10-second video clips at 720p resolution (one can only imagine that this will be an almost perfect fit for Vine-type applications). 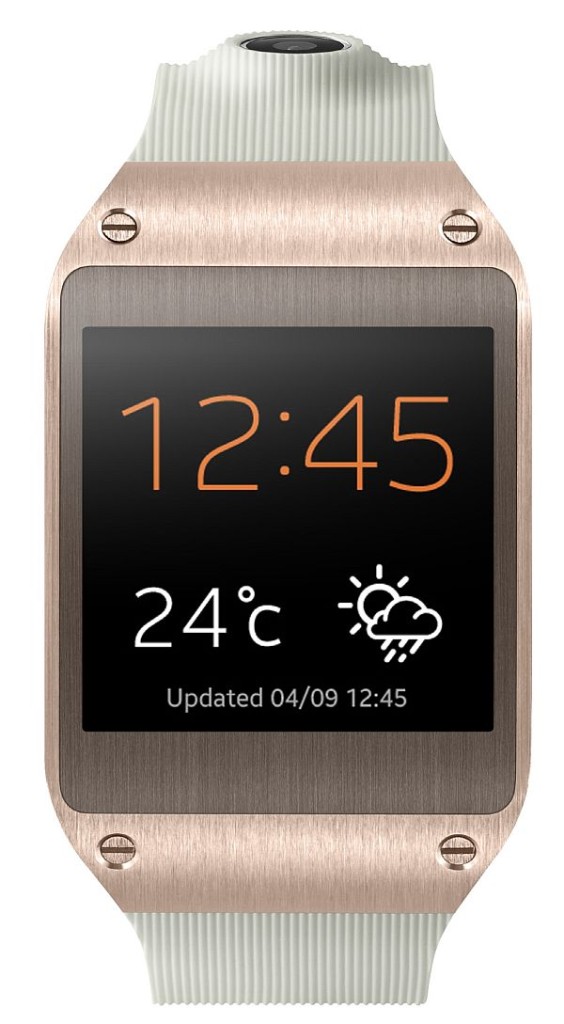