Seiko And Grand Seiko Step Away From Baselworld 2020 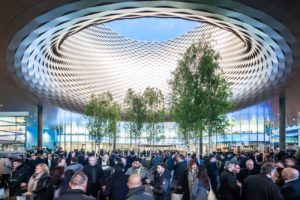 While Baselworld has historically been the center of the horological calendar, a shifting focus by manufacturers towards spreading out major new releases throughout the year and departures by high-profile brands, including the Swatch Group, in the past several years have left the industry institution on shaky ground. On the morning of November 7, 2019, Baselworld was dealt another heavy blow for 2020 by Japanese giant Seiko, which announced that neither Seiko nor its luxury Grand Seiko division will display at the 2020 event.

Seiko has cited the date of the 2020 event, scheduled for April 30 – May 5 in Basel, Switzerland as the reason for its departure. The brand claims the event is too late in the year, opting instead to unveil its 2020 novelties directly to its retail partners and industry press earlier in the year. Seiko currently has no scheduled unveiling events for 2020 in Europe or North America, but there is currently a Grand Seiko Summit event scheduled from March 15 – 20 at Seiko world headquarters in Tokyo.

While the announcement signals a major change for Baselworld in 2020, Seiko has not confirmed that its withdrawal from the event will be permanent. Seiko brand representatives have stated that the marque may return to Baselworld in the future if the event dates align better with its annual unveiling plans.

With that in mind, Baselworld Managing Director Michael Loris-Melikoff has announced that dates have been set for the event through 2024. Event dates for 2021 are roughly three weeks earlier in the year than the 2020 event, so there is a potential for Seiko and Grand Seiko to return to Basel in future years.