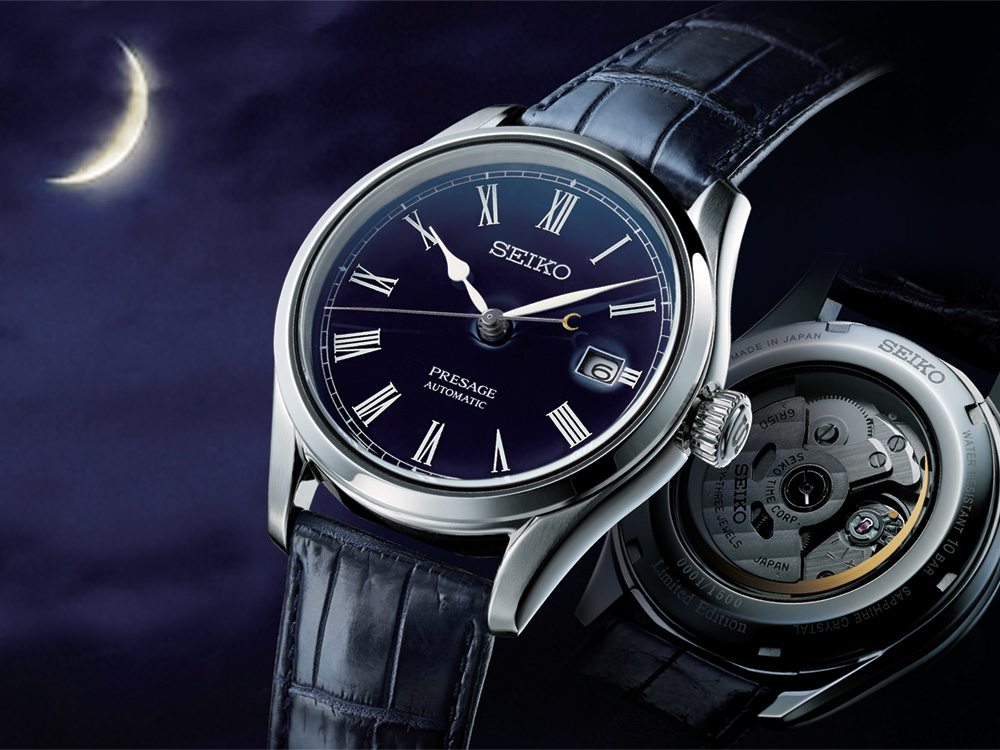 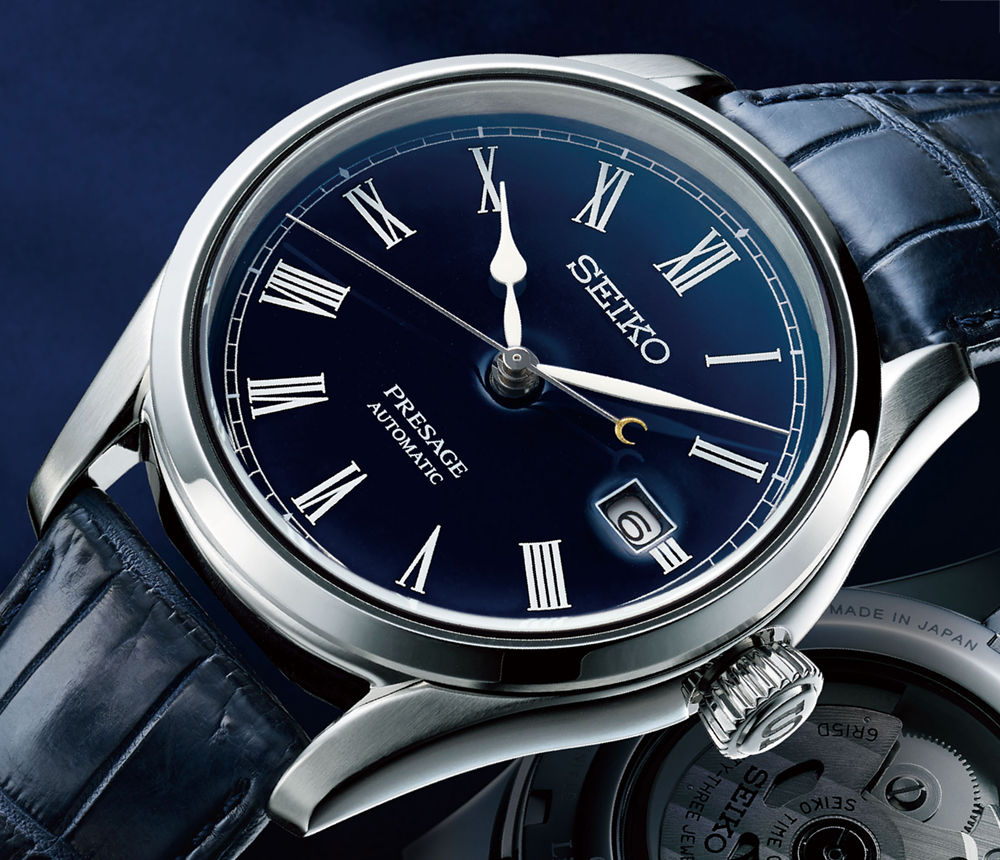 In 2016, Seiko surprised watch lovers and collectors when they launched the Presage collection internationally. The Presage collection sits somewhere below the Grand Seiko collection but above the very inexpensive Seiko entry-level models and is a collection that consists only of mechanical pieces. For me, the Presage collection is home to some of Seiko’s most bang-for-buck pieces. Some examples include the Seiko Presage Enamel collection, which, as you might have guessed from the name, is a collection of watches with fired enamel dials. Watches with enamel dials aren’t new but what made the Seiko Presage Enamel collection watches was the prices at which they were offered. To continue this tradition, Seiko has just announced the new Presage Blue Enamel Limited Edition SPB069 watch, and boy is it a beauty. 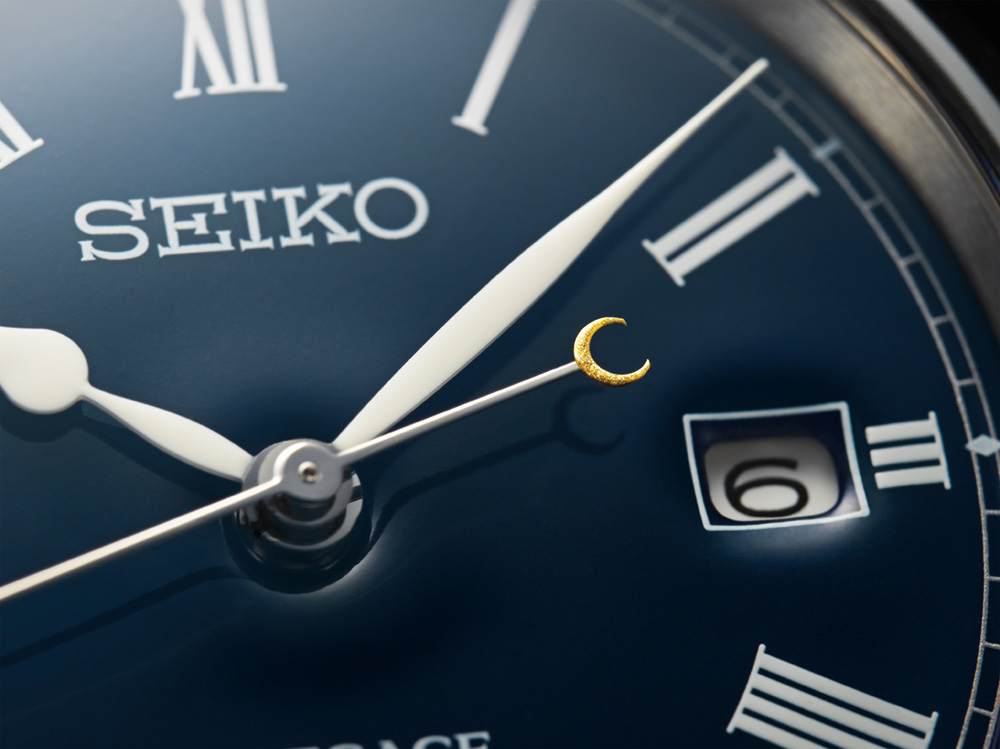 The Seiko Presage Blue Enamel Limited Edition SPB069 watch comes in a moderately sized 40.5mm-wide stainless steel case with mostly polished surfaces. Thickness is 12.4mm, and the somewhat large crown is signed with an “S.” Despite the watch’s dressy style, it has a rated water resistance of 100m, making it highly suitable for daily wear.

The watch features a deep blue dial that is inspired by the Japanese love of the moon, the brand tells us. In the past, Japanese nobility would have tsukimi ceremonies where they would gather under the full moon for merrymaking. It is such an important occasion that some castles, such as Matsumoto Castle, would be constructed with special moon-viewing rooms. Even today, moon-viewing is a widely observed activity throughout Japan. 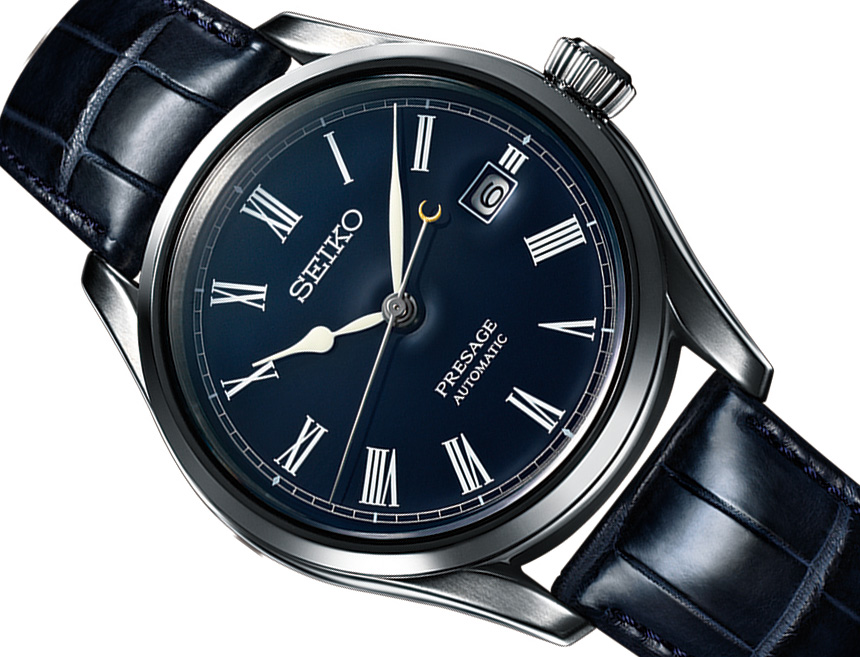 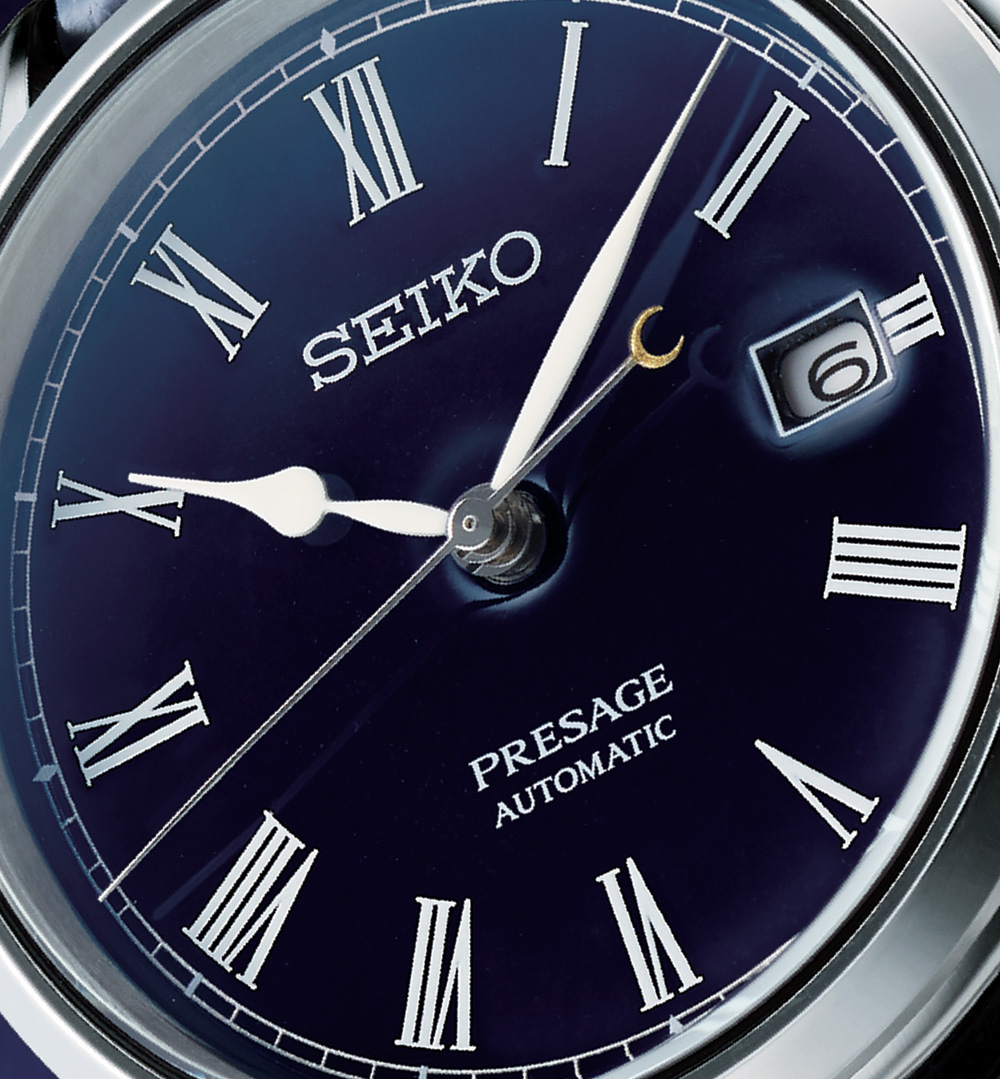 The blue enamel is made by master enamel craftsman Mitsuru Yokozawa and his team, who also worked on earlier Presage watches with enamel dials. Yokozawa first began working with enamel in 1971 and has vast experience with the material, allowing him to create a technique that can efficiently and reliably produce fired enamel dials.

The dial of the Presage Blue Enamel Limited Edition is made in the same fashion as grand feu enamel dials on high-end Swiss watches. Enamel glaze is carefully applied onto the dial and then fired in a kiln. The end result is a deep blue dial that changes color depending on the light. 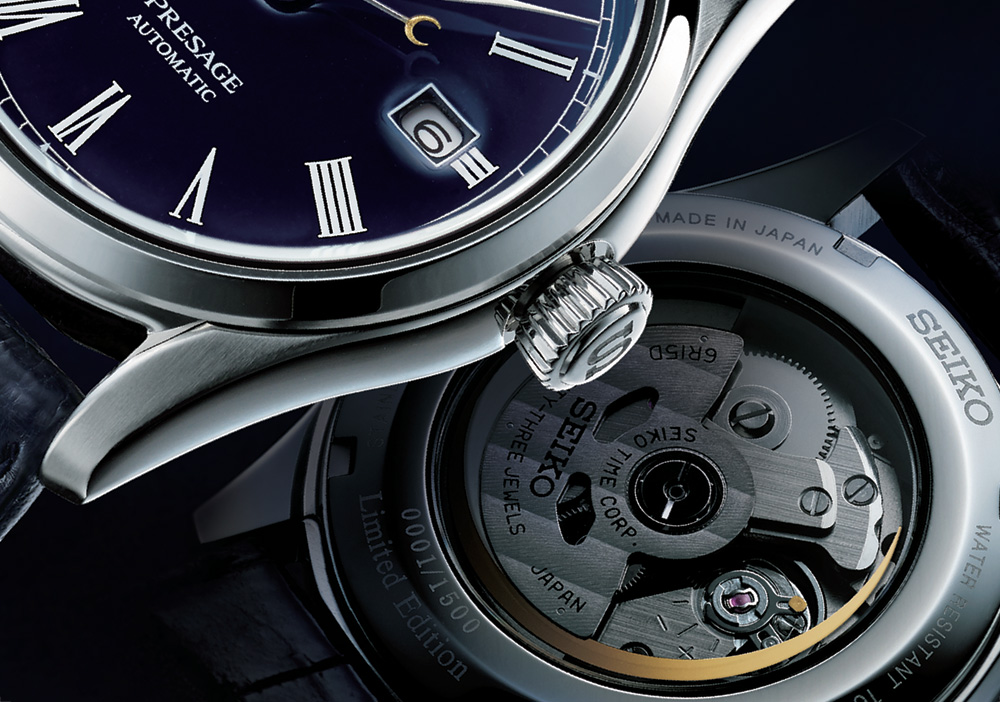 To complement the blue enamel dial, the Presage Blue Enamel Limited Edition comes with a matte blue crocodile strap and features large white Roman numeral hour markers that the brand says are based on Seiko’s first pocket watch, the “Time Keeper” from 1895. It also has spade and whip style hour and minute hands coated in white lacquer. But what’s really cool is the seconds hand, which features a small golden crescent moon counterweight that makes it seem as if the moon is sweeping across the night sky. 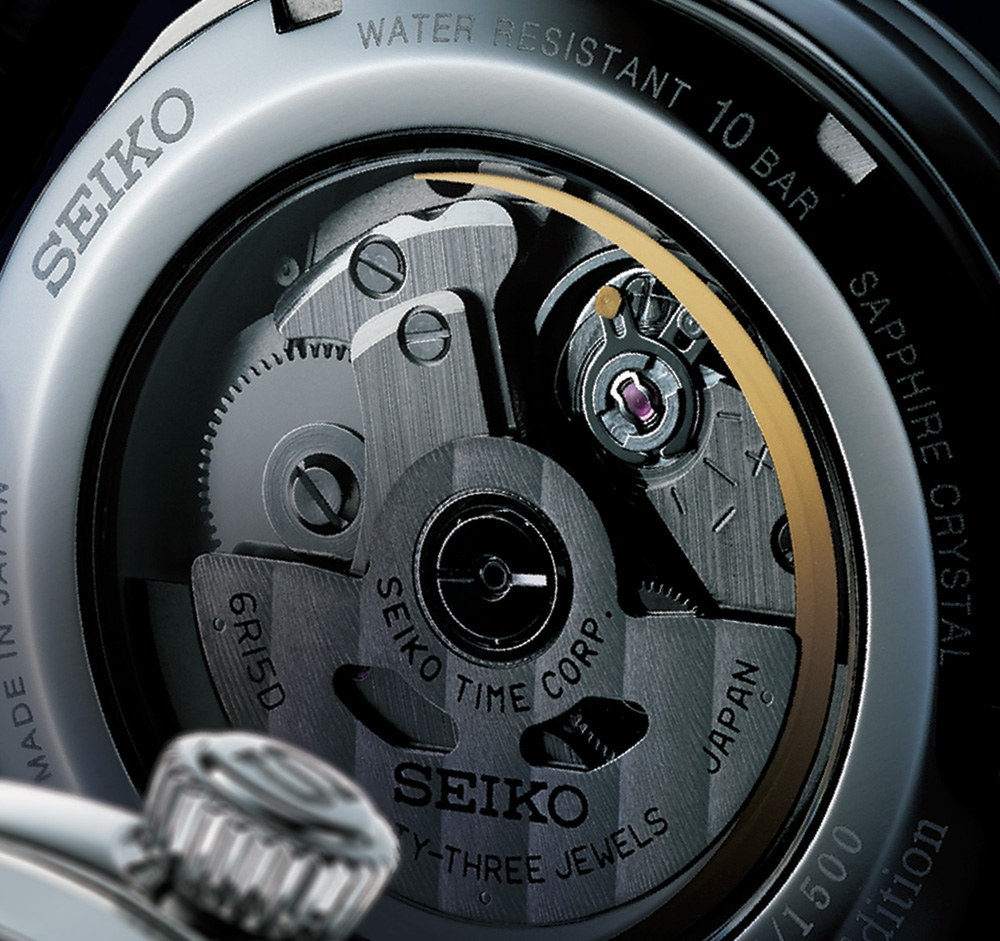 The movement within is Seiko’s ever-reliable caliber 6R15, which has all the features you would expect from a modern automatic caliber. It hacks and can be wound by hand, and it also features a slightly above average power reserve of 50 hours. My only complaint is that it beats at a slightly slower rate of 3Hz, which means the seconds hand doesn’t move quite as smoothly as say an ETA-2824 or Sellita SW200. The movement is visible through the sapphire crystal caseback. Again, the Presage Blue Enamel Limited Edition pays homage to the moon by having a gold crescent of the moon applied to the sapphire caseback.