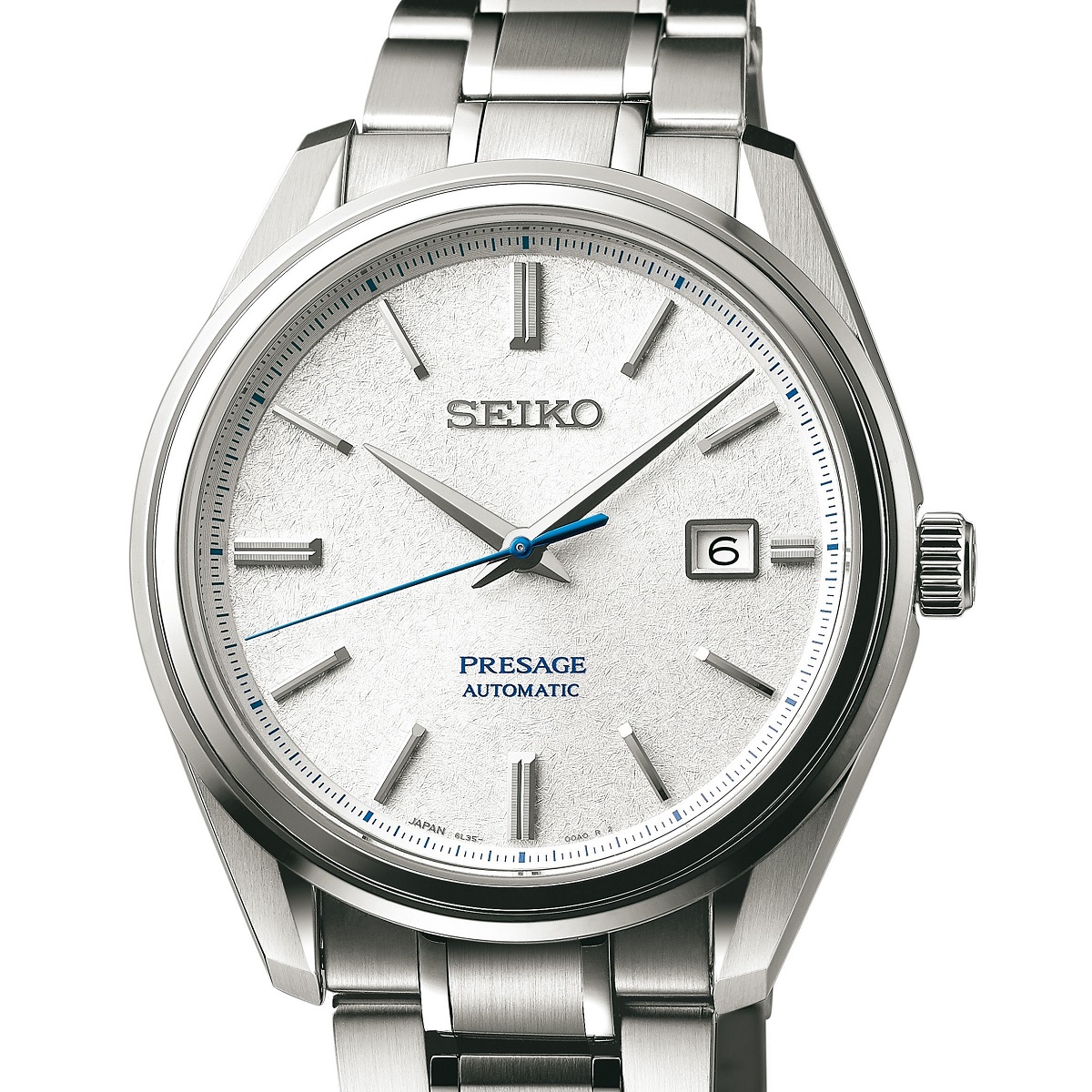 Ever since Seiko’s Presage line debuted two years ago, it has established itself as a collection of unique, affordable watches, especially with the Cocktail series. Still, the Presage line has also always been an opportunity for Seiko to demonstrate some of its higher-tier watchmaking that is closer in quality to the likes of Grand Seiko. Now, during Baselworld 2018, Seiko is pushing out some more watches in the Presage line, most notably the Seiko Presage Reference SJE073.

While the SJE073’s dial may look just white at first glance, upon closer inspection, it displays an intricacy and texture reminiscent of the famed Grand Seiko Snowflake (ref. SBGA211). The blued steel of the second hand adds a dash of color to an otherwise clean dial, ensuring that the aesthetic isn’t too cold. The 40.7mm diameter gives the wearer some flexibility as well – on the steel bracelet, the SJE073 is sporty and casual. Throw on a black leather strap, however, and it can look like a dress watch as classy as the best of them. 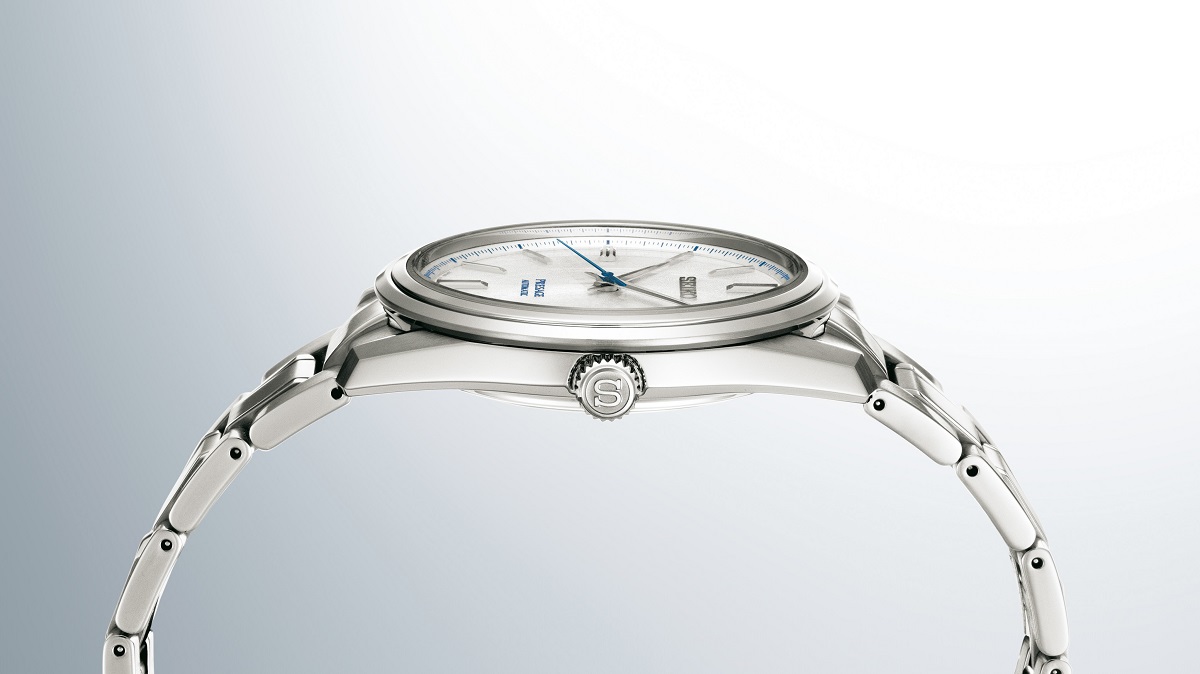 Seiko’s Caliber 6L35 is newly developed, and it’s noteworthy for its slimness. At 3.7mm thick, it’s 1.3mm slimmer than the Caliber 6R15, which is used in other watches in the Presage line and some other models, like the SARB series. The Caliber 6L35 beats at 28,800vph, ensuring a smoother sweep than the 6R15, but has 5 fewer hours of power reserve. What’s interesting is that the Caliber 6L35 movement is inserted into the watch from the front, which thus guides the rest of the case construction. The bezel is screwed down and reinforced with a secondary bezel, and the whole case is polished with Seiko’s Zaratsu technique, giving the watch a mirror-like finish.

There’s no doubt that the SJE073 is both gorgeous and technically masterful, but it might be a hard sell to consumers. At half the price, for instance, someone can purchase a brand new SARX055 (commonly referred to as the “Baby Snowflake”). Although it’s a Japanese Domestic Model and thus harder to find, it shares a very similar look with the Presage SJE073, down to the textured white dial. And most people wouldn’t even think about spending more than $1,000 on any Seiko, period. It’s clear that the quality is there with this watch, but its commercial success remains to be seen. The Seiko Presage SJE073 will be available soon at a retail price of €2,200. seikousa.com