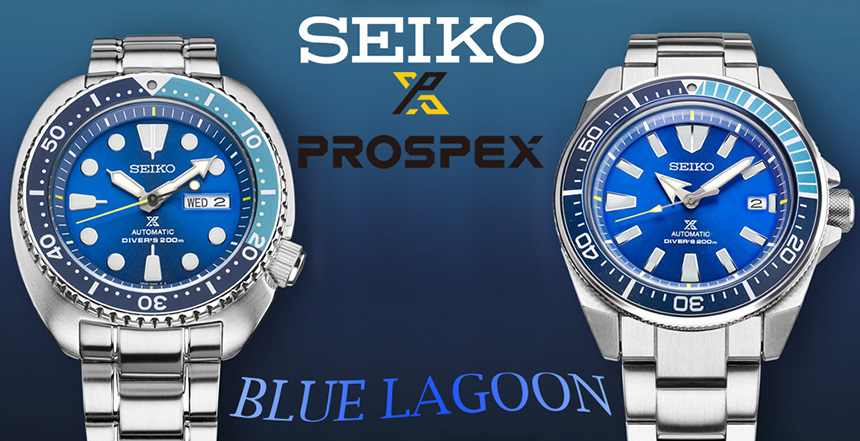 Seiko is releasing two new limited-edition Prospex models that seem to be taking the forums by storm, the aptly named Blue Lagoon Turtle and Blue Lagoon Samurai. These models are given that designation thanks to their gorgeous blue sunburst dials, accompanied by their dark and light blue unidirectional rotating bezels. 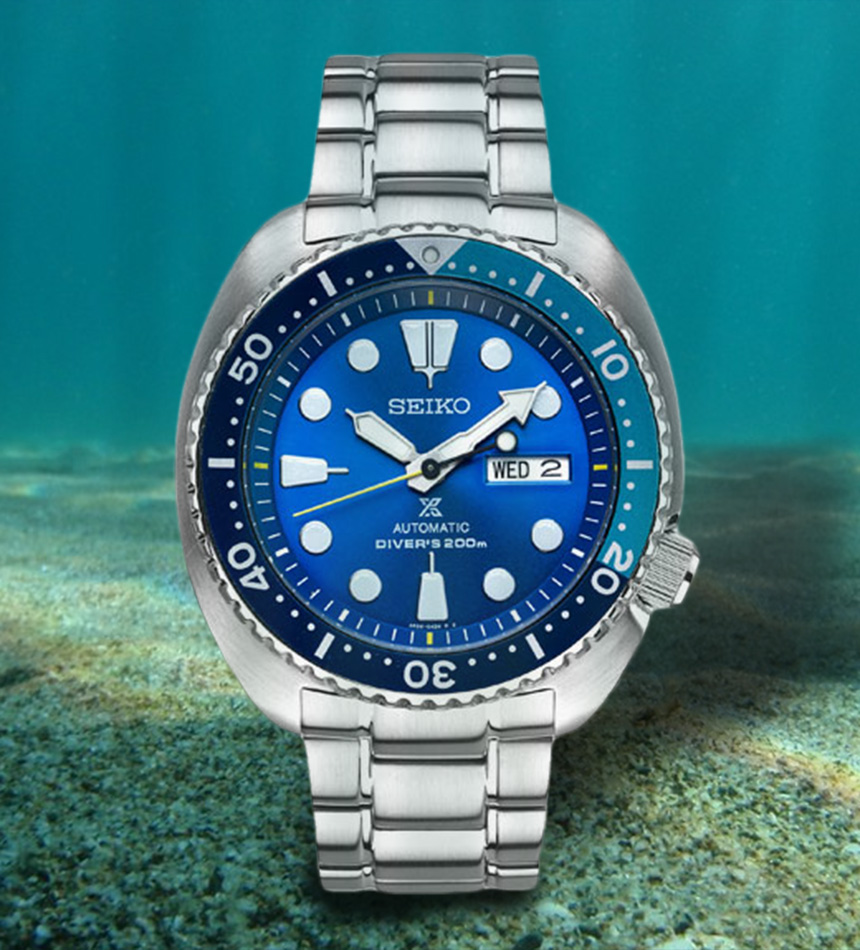 Starting with the Seiko Prospex Blue Lagoon Turtle, AKA the SRPB11, we see the popular 45mm turtle cushion case, from which the watch derives its moniker, that was such a hit in last year’s SRP775 and SRP777 models. Like those watches, it’s rated for 200m of water resistance and is powered by the 4R36 in-house automatic movement. The 4R36 is an update to the legendarily tough 7S26 and adds hacking and hand-winding. This particular version, the one that ends in 6, also has day and date complications. It’s priced quite reasonably at $575.00 USD. 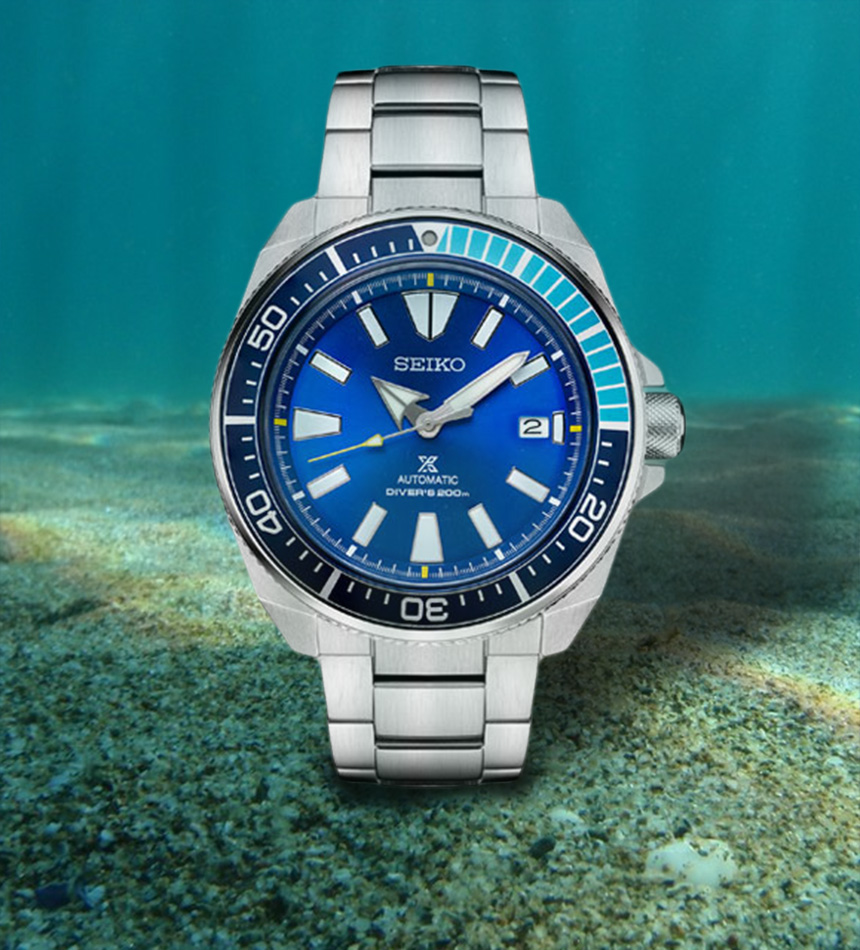 The second Seiko Prospex Blue Lagoon is the Samurai, specifically the new SRPB09. From the standpoint of its beautiful dial and coloration, it is essentially identical to the Seiko Prospex Blue Lagoon Turtle, but it is different in a few important ways. First, at 43.8mm, it’s a bit smaller than the Turtle. Second, while it’s powered by the nearly identical 4R35 automatic movement, the Samurai uses only a date instead of the Turtle’s day/date complication. This also allows the Samurai to keep a small luminescent marker at 3:00 while the Turtle lacks the space. Furthermore, it’s slightly more affordable at $550.00 USD and has a more conventional crown placement. 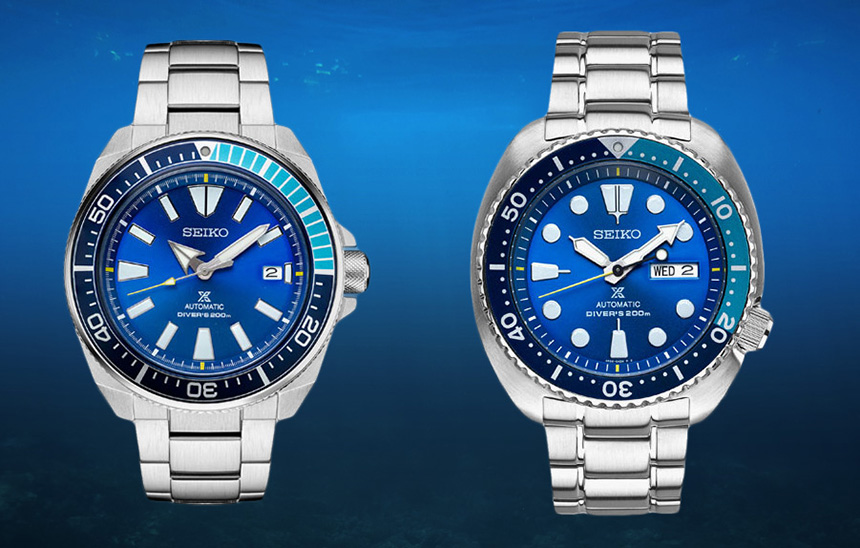 Whichever one you prefer, just 6,000 of each will be made worldwide, a number that’s effectively smaller than it may first appear due to the accessible price point. Both are serious tool watches, built and priced to see real-world use. They’re also far better-looking than their older counterparts, perhaps more beautiful than a tool watch has any right to be. timelessluxurywatches.com