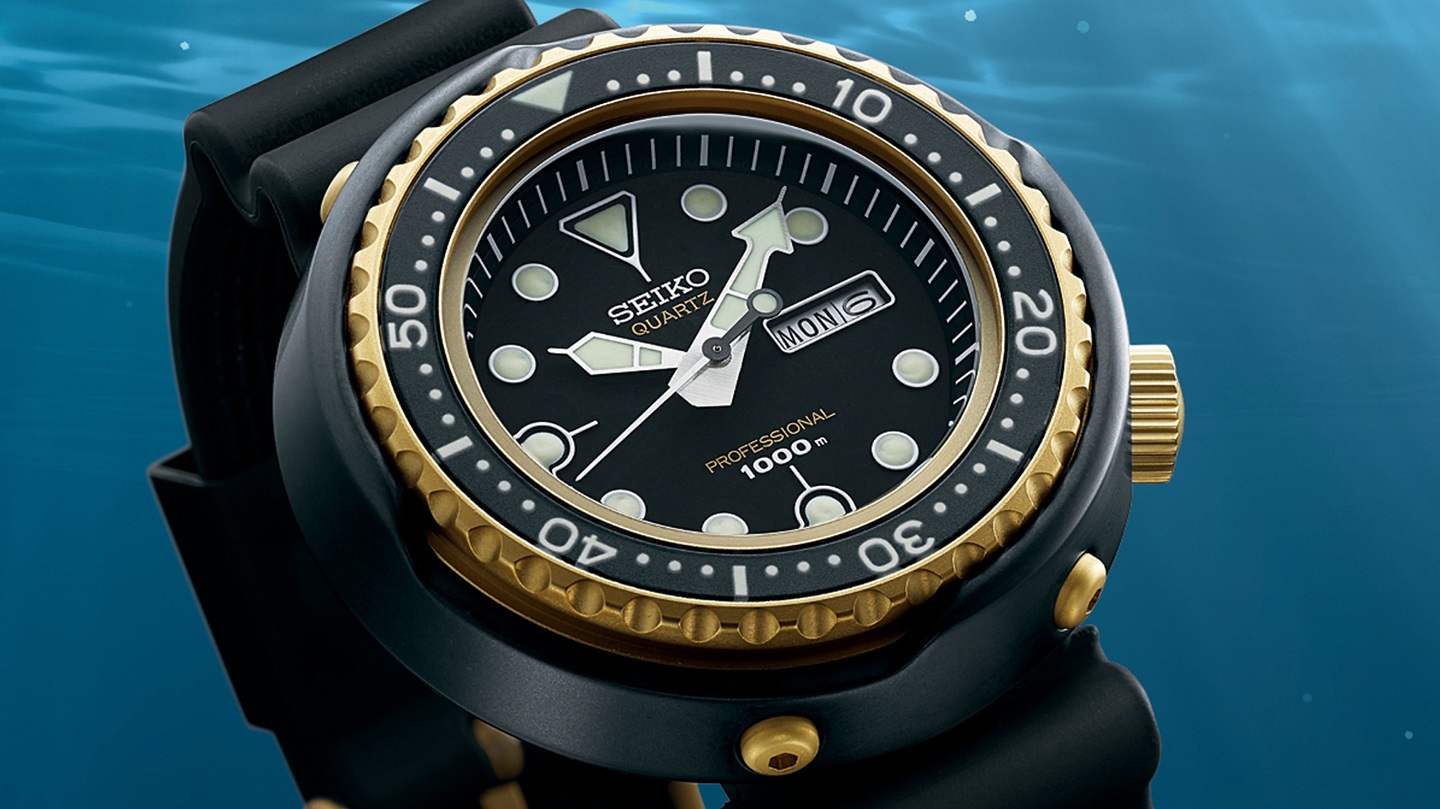 For Baselworld 2018, Seiko is releasing a series of ambitious vintage “First Run” inspired watches utilizing their latest and greatest technologies and materials. One of those models being the (deep breath) Seiko Prospex S23626 1000M Limited Edition Dive Watch – a model almost identical to the 1978 “landmark” timepiece with an added water resistance rating of 1,000m and an updated quartz movement. Back in 1978, specifically created for saturation diving at great depths, Seiko released what is commonly known as the “Golden Tuna.” Over-sized, titanium, and featuring a water resistance of 600m, this model was a different kind of tool watch that was also popular (even appearing in a James Bond movie). At the end of the ’70s, Swiss mechanical movements had issues at those depths, so Seiko incorporated a quartz movement instead (cutting edge, and not cheap at the time) – interestingly enough, a sign of a cheaper watch to enthusiasts these days.

There have been a few re-issues since then, the closest-to-the-original being 1991’s SBBS018 featuring Seiko’s Hardlex Crystal and a slightly more updated (and very gold) design. A quick google search shows these two models fetching at or above $1,500 in used condition (many with a lot of the gold worn off) – a valid point when talking about the pricing structure of this watch.

The watch itself is a true-to-the-original re-creation that only differs by a fraction of a millimeter in size (the 1978 model measured in at 49.2mm) – a typically rare feat when it comes to these sorts of releases. I am a bit taken aback by the pricing, though I don’t think that’ll hinder the sales since it’s not always easy to find, nor obtain a Golden Tuna on the secondary market. Lets be honest, the pricing is ambitious. There is going to be a lot of speculation as to what justifies the price, however it’s fair to point out that Seiko may not want to devalue what their original models are going for by dropping the price of this watch to a point that makes their 1978 Golden Tunas less valuable to collectors. On the flip side of that, many enthusiasts will have a hard time coughing up a thick stack of bills for a quartz Seiko diver. I personally don’t think these will have a hard time selling, but you probably won’t see them on the wrist of your average Seiko fan. The Seiko Prospex S23626 1000M Limited Edition Dive Watch will be limited to 1,978 pieces, and cost a cool €2,400. seikousa.com