Sellita Movement Makers: A Little Bit of China In Switzerland 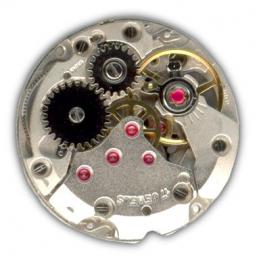 Most watches companies do not make their own movements. Quality watch makers buy their movements from mostly ETA, the Swatch Group owner mega movement maker. In 2010 however, ETA will stop selling its movements to outside companies. It will continue to provide movements for it’s house brands, of which there are several. ETA is part of the Swatch Group which makes a number of brands as seen in the link. When ETA stops providing movements to out-side brands, they will have to go elsewhere for movements.

Sellita is a growing movement maker in Switzerland, but has had a bit of a copycat history. They mostly copied ETA movements. Can they do this? Well, probably, at least in the US. Most ETA movements have been around for a while and in the US Patents last for 20 years only. Because movements are machines, they only intellectual property protection they would have is a patent, and presumably the European patent laws are similar to those of the US. Take the ETA 2824-2 movement, which has been around since the 1970s. Because over 20 years has passed since the, copycats are free to make the movements, the only barrier would be technology. Meaning Sellita and other movement makers would have to have the proper machinery to produce the delicate movement parts. China on the other hand would never even think to check on infringing intellectual property rights before copying something.

We can assume that Sellita has such technology because large brands such as Invicta have been buying from them at large for years. It is predicted that Sellita will step in ETA’s shoes and start providing movements on a mass scale in the next few years. Right now, Sellita has a reputation for being a bit lower quality, but that will change in the coming years with high production, and consumer demand. We shall wait and see what role Sellita has in the next few years.