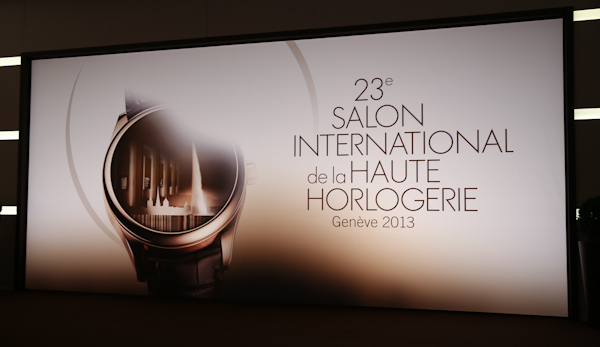 Today I received an interesting press release from the Salon International de la Haute Horlogerie (SIHH) regarding the end of the 2013 show. Interestingly enough the title of the release very much mimicked the most positive way I could interpret my feelings about the show. But more on that in a moment.

To remind you, SIHH is a large, invitation-only trade show put on by the Richemont Group watch brands as well as a few partners (such as Audemars Piguet). They separated from Baselworld years ago to get better contact with buyers and to be “more luxury.” Compared to Baselworld it is quite calm, but nevertheless it is still a hustle and bustle trade show. Just with perhaps better dressed people, wine being served, and a three course lunch menu. 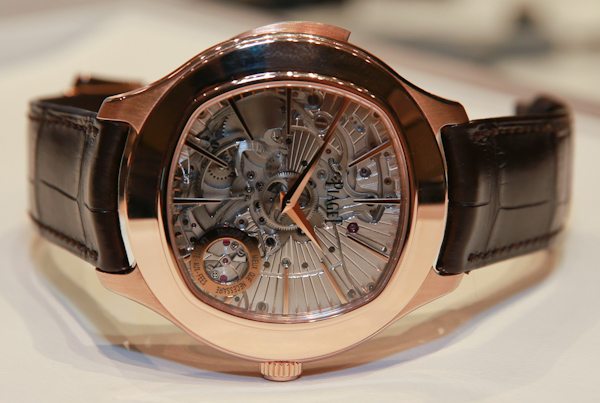 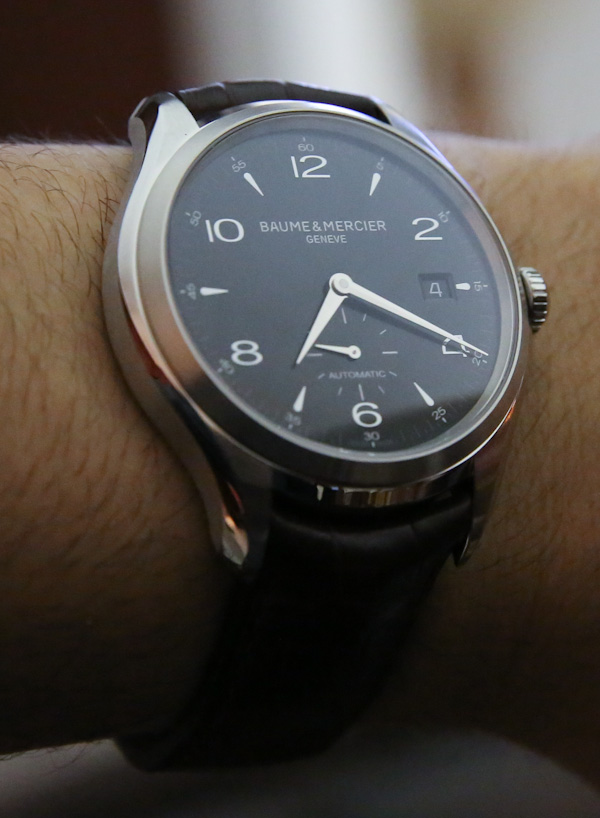 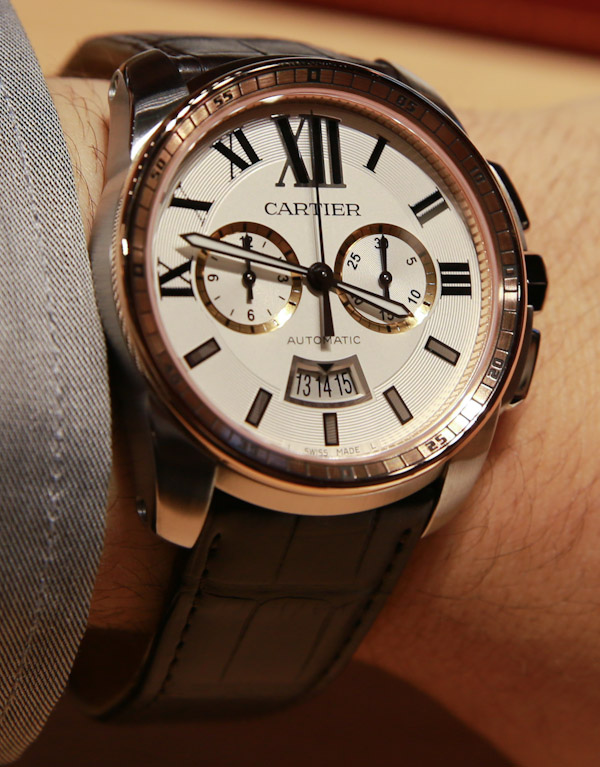 SIHH 2013 was enjoyable as ever when it came to seeing friends, colleagues, and meeting new ones. Lots of fellow watch writers came up to me at the show asking what I thought of it and the new watches. Sometimes I would jest “what new watches?” While the show certainly had lots of new things, it wasn’t exactly prolific when it came to novelties. For us “new” seeking journalists, I would say that 2013 was not the show for us. At least not when it came to sharing too many accessible new timepieces. The colleagues I spoke with mostly agreed with me. The problem is that we might be expecting too much. Brands continue to remind us (even though journalists represent roughly 10% of the visitors at the show), that SIHH is a sales show and not one for press. We are there as a side-thought to help brands market their new wares over the course of the year. To do that we need new and interesting things to write about. So what brands started to do a while ago is produce just that – new and interesting things to write about.

The problem (if you see it that way) is that these new and interesting things were meant to be showpieces only. They came with wild designs and concepts. In fact, many of them were more or less concept watches that brands could still sell. While customers existed for this stuff, these watches were for the press and for store windows primarily. Like beacons, they are meant to attract attention rather than serious profits. So when going to SIHH and other watch shows, this is what watch writers look for. We simply need exciting things to write about, and mere color changes or new strap choices aren’t enough for editorial coverage much of the time. 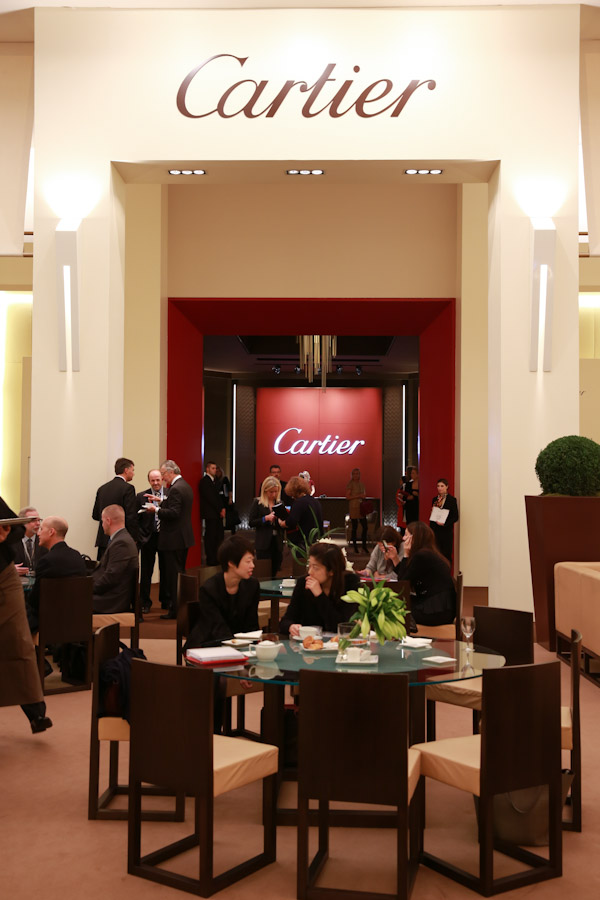 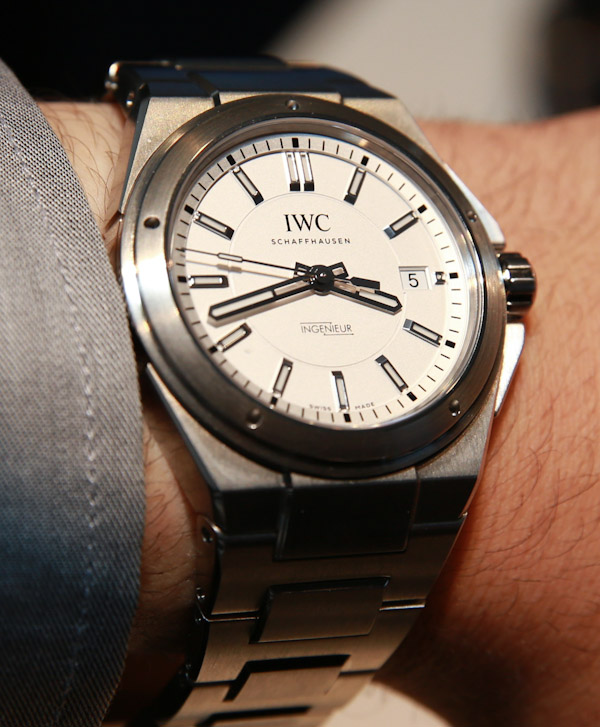 So in a nutshell, most new watches for 2013 were either exclusive high-end watches with ludicrously high prices meant to flare headlines, or minor line additions that all but the most hardcore brand followers would not know were really new. There are some exceptions of course. IWC added a new 40mm range of dress watches to the Ingenieur collection, and Baume & Mercier debuted the Clifton collection. Ironically enough both of those collections are based on the designs of historic watches. Aside from that I am straining to think of any other new collections or families that debuted at the show.

Like I said “true novelty” was only seen in highly limited watches, with shocking price tags well north of $100,000. And as objects of interest these were quite cool. Favorites of mine include such watches as the Roger Dubuis Exalibur Quatuor, Piaget Emperador Cussin XL Ultra-Thin Minute Repeater, Montblanc’s Villeret ExoTourbillon, and A. Lange & Sohne’s, Grand Complication. 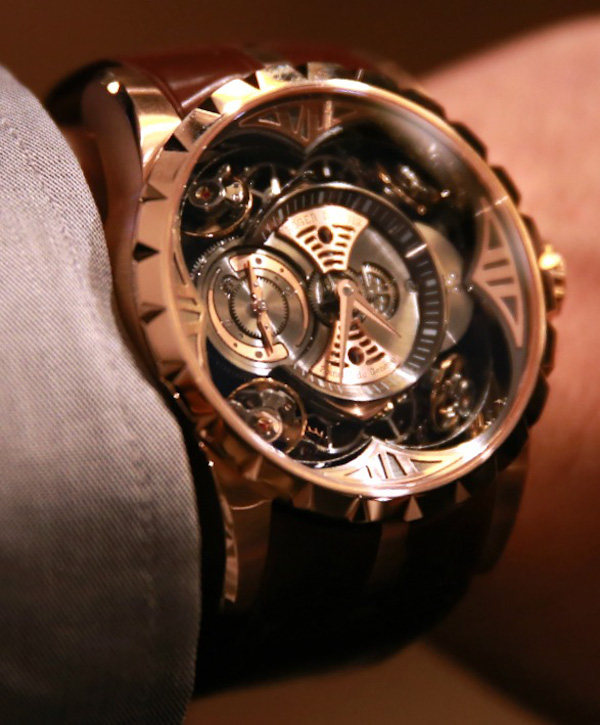 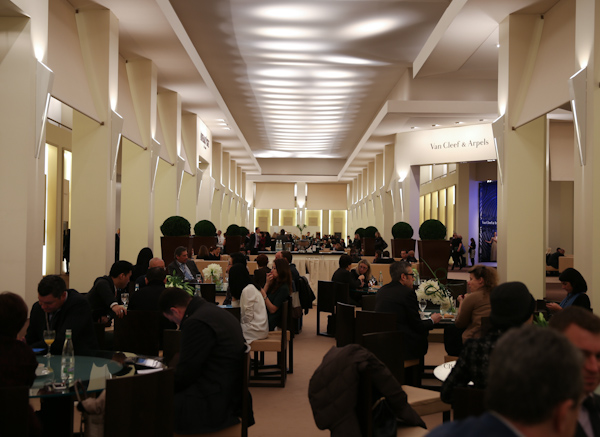 The best art watches once again came from Cartier and Van Cleef & Arpels. They also less than coincidentally had the best high-end ladies watches. Anyone looking to spend $50,000 – $100,000 on a new watch for your beloved should certainly look to these strong houses. Cartier actually had some interesting stuff such as their Tortue Multi Time Zone. World Timers were actually a trendy concept as Cartier, Montblanc, and even Richard Mille each had new ones to debut.

For the ultra-wealthy, SIHH had enough new things to enjoy. That’s great and all, but it is difficult to write about a show when pretty much no one you know can afford anything you’ve seen. Where’s the fun if you can’t share what you saw with your friends and family? Once again, I am reminded that as a member of the media, the brands mostly show us what they want us to write about. Many more pieces exist in sales meetings where retailers get a view of things we don’t. Most of them will be eventually released over the course of the year. It is a bit of a silly game they play, but we go along with it. 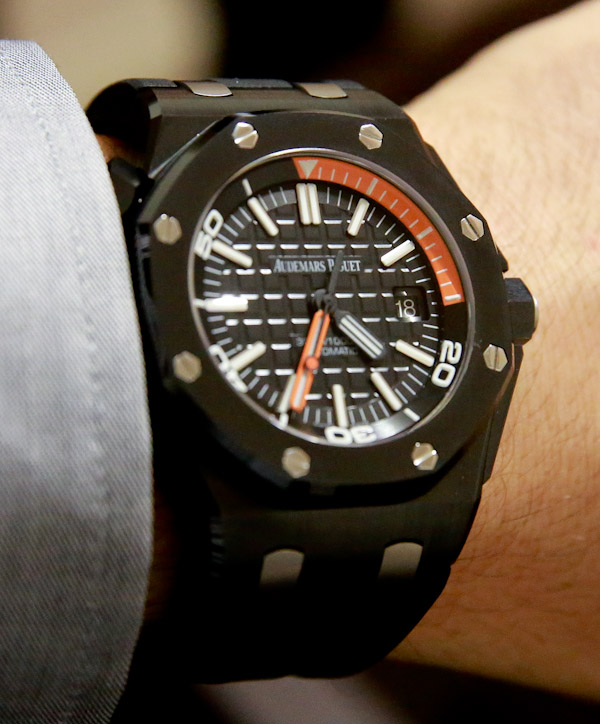 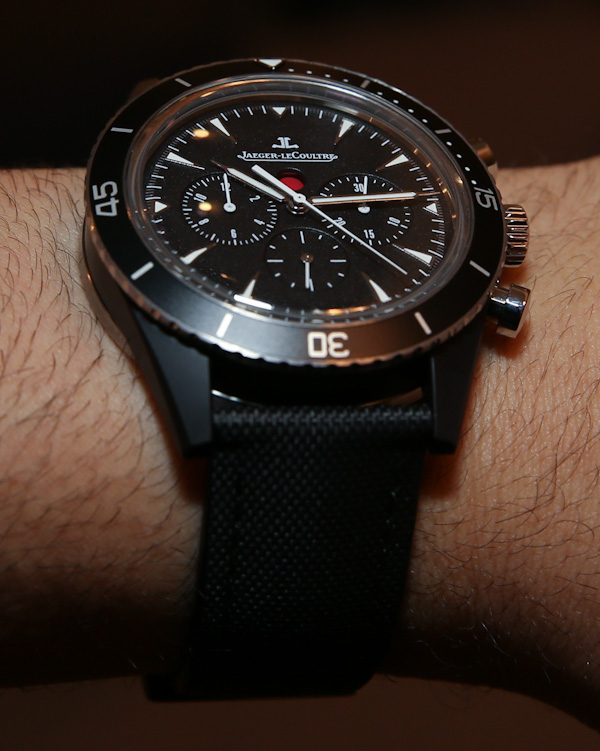 Before I discuss my favorite pieces from the show I’d like to revisit the SIHH closing press release headline. My personal feelings about the show was that nothing was really new because what was selling, was selling well enough and that it was unclear what the strongest luxury markets would be over the next several years. If you don’t need anything new you don’t invest in it. So you simply extend what you already have a bit further. With “classic” timepieces still doing best, then anything new is still going to be sort of “not new” anyways. So for me SIHH 2013 was about not rocking the boat, but still offering enough new things for the top segments. SIHH 2013 closed with the headline “Serenity Prevails at the 23rd SIHH.” That was a rather surprising remark from an industry that likes to pat itself on the back. It is difficult to perfectly interpret what “serenity prevails” means, but I am pretty sure it means that no one rocked the boat too hard.

While not a complete list of everything that caught my eye in a positive way, some of the things which come to mind that I quite liked were the Audemars Piguet Royal Oak Offshore Diver and Chronograph in black ceramic, the Jaeger-LeCoultre Deep Sea Chronograph Cermet, the Cartier Calibre Chronograph, the Piaget Altiplano 40mm Date, and the Montblanc Nicolas Rieussec Rising Hour. We are promised a lot more for next year… Also, thanks to our friends at the Watch Gallery UK for including us in, and creating some interesting SIHH videos (which you can see more of here).