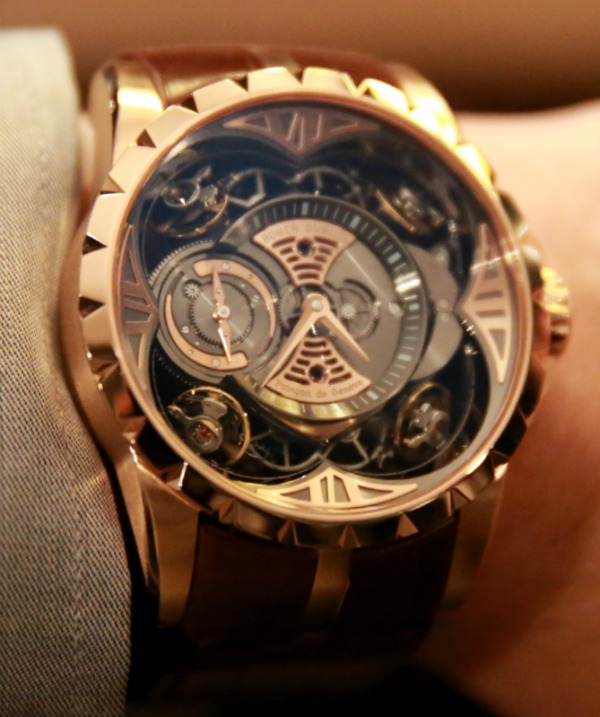 “Quatuor” is a name I can hardly pronounce but represents a piece of fun from Roger Dubuis that is wonderfully and most exquisitely deranged. Day one at SIHH 2013 is over and I am trying to wrap my mind around all the people I saw and faces I inadvertently forgot. Always good to reunite with friends and have strangers who seem to know you come up and ask how things are. I’d like to remove the “how are you?” question as a polite follow-up to “hello” during small talk conversations. It is all too generic. More a waste of time than a useful social ritual. How about something more interesting such as “was it difficult to choose what pants to wear today?” or perhaps “are you unhappy with your country’s current leadership?” Yes, my mind was on all of those things save for timepieces. Of which there were scant few “novelties” at 2013’s SIHH, but of course a few leaders in the “cool pack.” 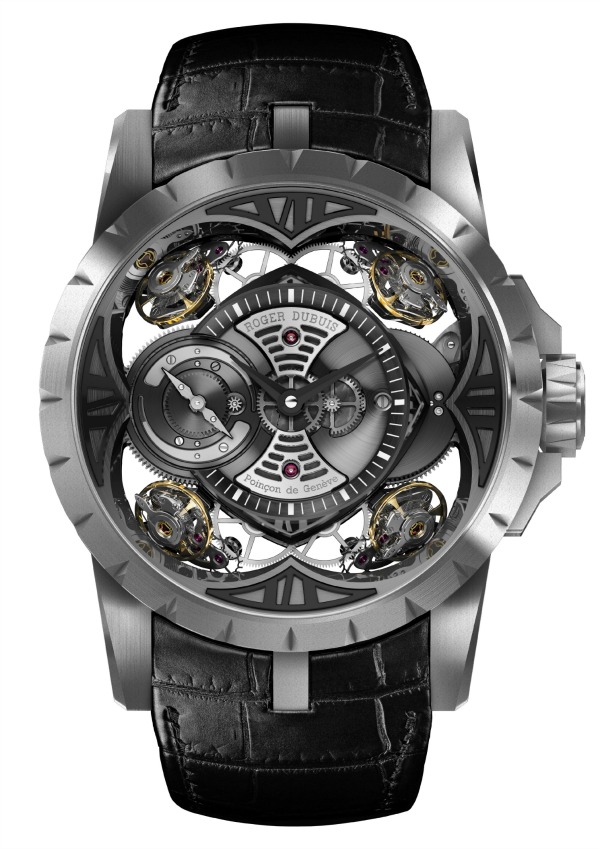 The show starts like a mimic of all the others. Practically all that is new is within the booths. Roger Dubuis is one of the few places whose booth is as worth seeing as the watches. While Roger Dubuis timepieces are prohibitively expensive for all but the most anti-frugal of budgets, I love their take on showy, light-hearted, and clearly theatrical luxury. This year’s booth looks like some type of tree root-filled forest floor with a giant golden eagle in the center. Yes, an eagle produced specially for Roger Dubuis by a company that makes stuff for movie sets. There is also a man with an American bald eagle on his hand. An actual live bird that draws a crowd. The eagle is impressively calm, while a not-so-small fortune in watches rests behind it in the back office dungeons. The booth attendants are dressed like extras from Game of Thrones. I suddenly have no idea what any of this has to do with watches. And then Jean-Marc Pontroue, CEO of Roger Dubuis, shows me this incredibly weird watch box that opens up to the Quatuor. 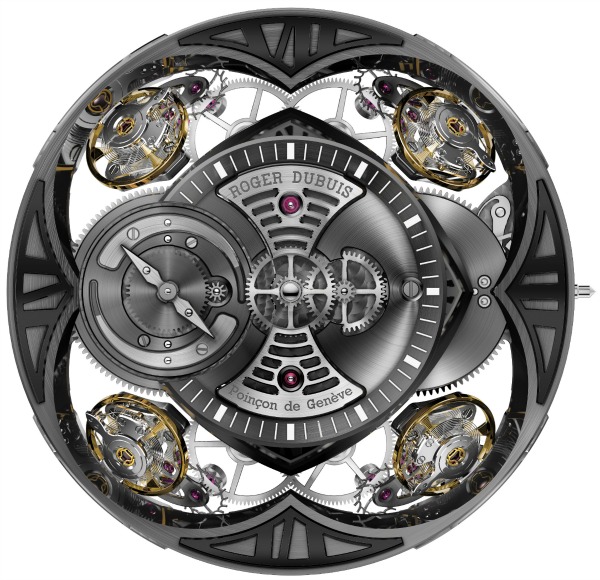 The watch has four diagonally positioned escapements (not tourbillons), that are connected in pairs by a series of differentials. These escapements average each other out theoretically – helping the watch to be more accurate. How accurate is neither an issue or concern as practicality is about as inherent to this watch as it is to the brand’s booth design. The concept works, and that is all that matters. Sound from the four escapements running in unison is a hallmark of the Quatuor. Roger Dubuis haphazardly calls it a 16Hz watch. That seems to imply that by adding four 4Hz escapements together you equal 16Hz. I am not sure it works that way.

Set in the Roger Dubuis Excalibur case, the Quatuor is large at 48mm wide. Its complex movement forces the watch to be thick, but in reality it is just as insane as your average neighborhood Roger Dubuis skeleton double tourbillon watch. The movement is strikingly symmetrical and beautiful in its design. According to a Roger Dubuis watch maker, it takes a full 2-3 days to merely assemble the movement. Something like 2,400 hours are needed to build the watch from start to finish. 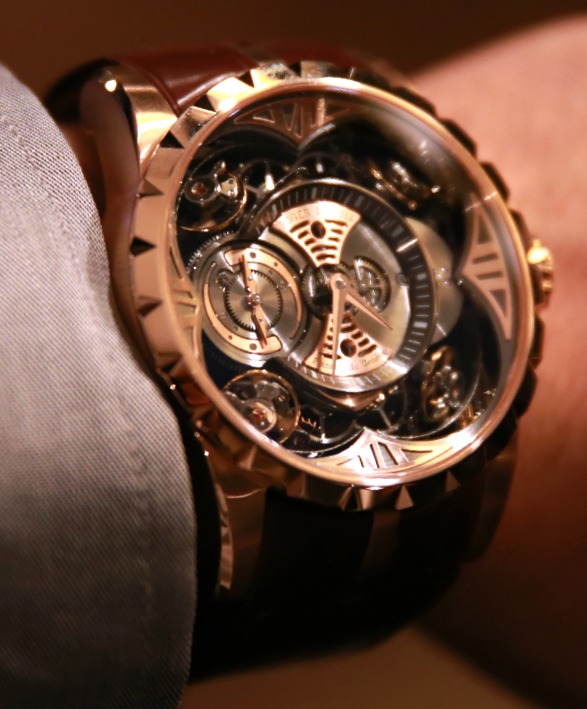 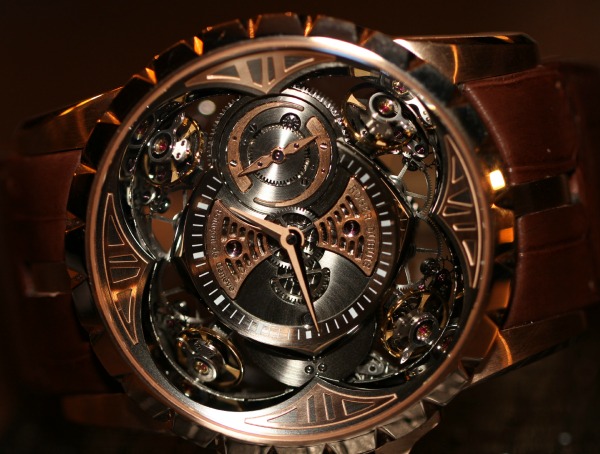 Designed by lead Roger Dubuis movement designer Gregory Bruttin, the caliber RD101 movement in the Quatuor is unlike most things you’ve seen before – even though it just shows the time. It almost feels like something in the Opus collection. The movement is comprised of almost 600 parts, and is deeply dark and rich in polished and other artistic techniques. It looks quite cool, but is unfortunately very difficult to photograph properly.

The four escapements running together act to help average out the rate results and amplitude of the movement. Put at diagonal angles facing into the dial they are quite beautiful to see. I think making this a quadruble tourbillon would have been too much. Even though there is so much going on where the dial is, it isn’t hard to find the face of the watch to read the time. 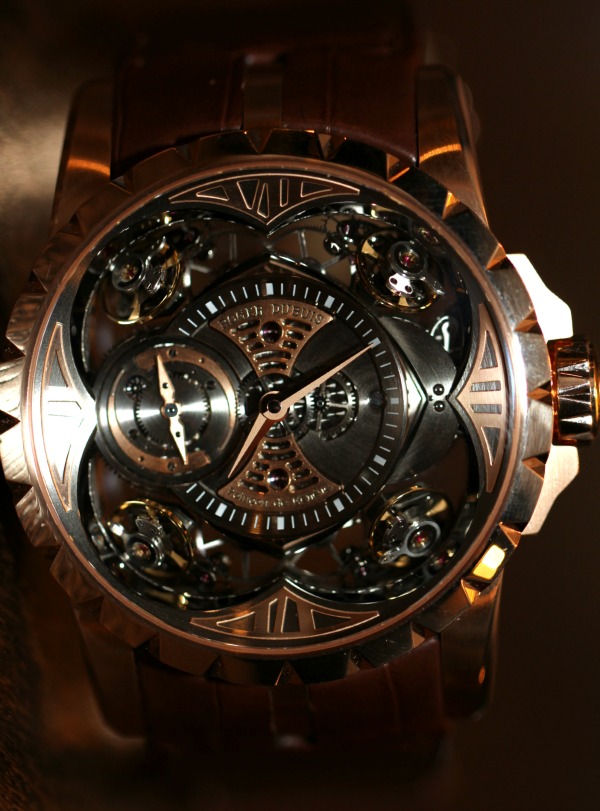 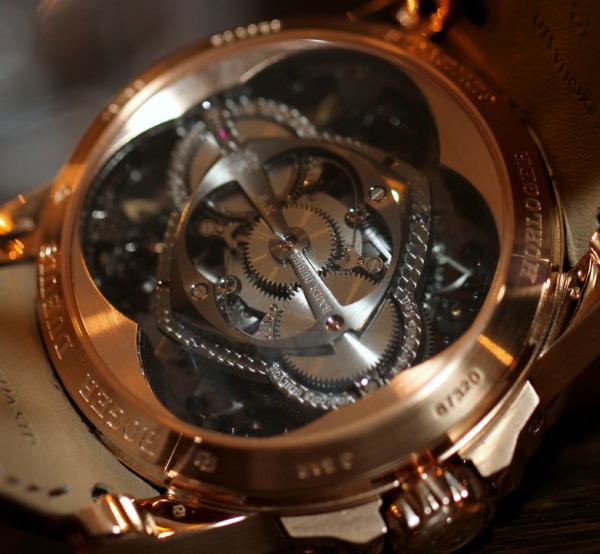 According to Roger Dubuis, the power reserve mechanism is new. It rotates once each five hours or so in combination with a normal hand. It is just that the normal hand has two sides to show the power reserve “twice.” It is difficult to explain but the video helps illuminate how it works better. What advantages it haves over “normal” power reserve indicators is a bit lost to me, but I was nevertheless impressed. I mentioned that Roger Dubuis watches are theatrical. The Quatuor is a good example in the already showy Excalibur collection. 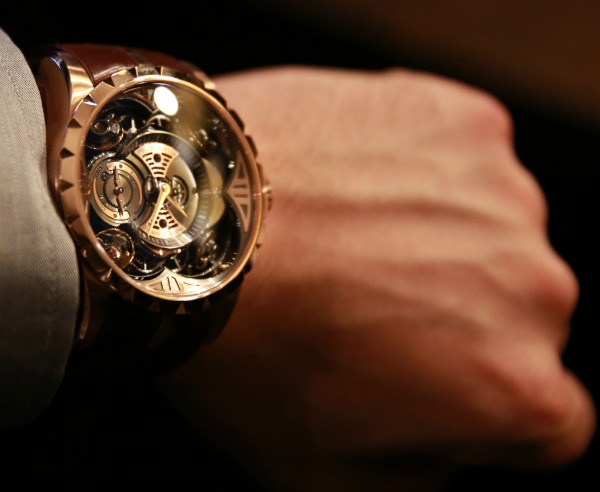 At all angles the RD101 manually wound movement is beautiful. Seeing the constant movement of those four escapements is endearingly interesting although the timepiece is anything but quiet (visually and aesthetically). It is just the type of watch nerd candy people like me love. And Roger Dubuis made it for a simple love of the game. It is unique and special yes, and of course priced as such accordingly. 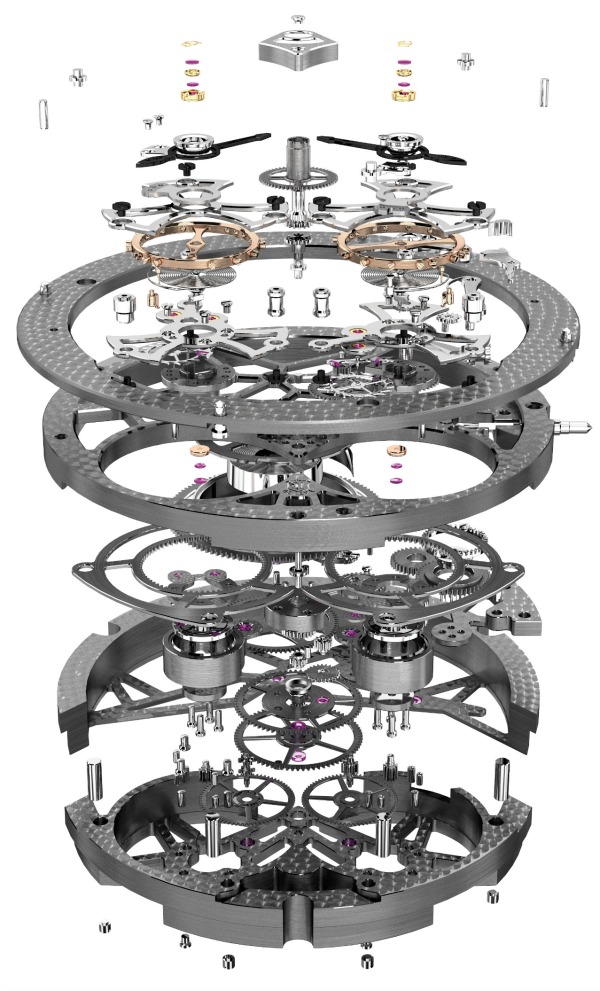 The final oddity about the Excalibur Quatuor watch collection is in the material of one of its versions. Both Quatuor models will be limited editions, the 18k red gold one to 88 pieces, but the other version to just three pieces. What is so special about it? Well it is actually made out of silicon. Yes, that material everyone has been so googly eyed about for years when it came to replacing metal parts in mechanical movements… made its way into a watch case (as the entire case). Now as far as I am told silicon is very scratch resistant. I can’t personally attest to that, but it is light. Damn light. I picked up both silicon, titanium, and steel cases of the same volume and the silicon was by far the lightest, taking a dark gray almost gun metal hue. And it costs a fortune to machine properly. 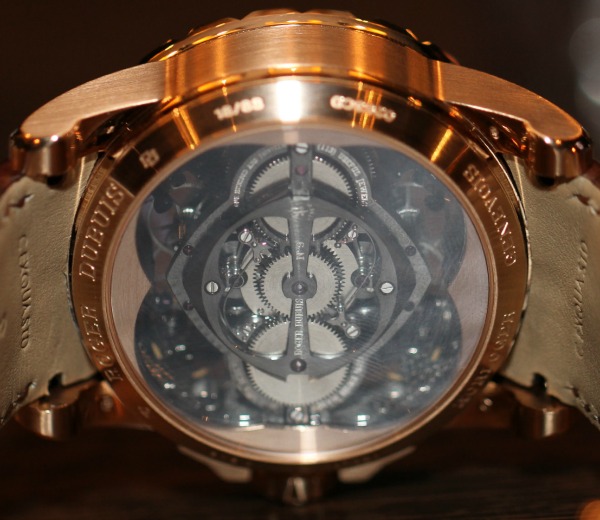 The limited edition of 88 pieces gold Roger Dubuis Excalibur Quatuor watch is around 350,000 Swiss Francs, while the silicon version is about 1 million Swiss Francs. Crazy yes, but for a brand whose top seller in places such as the US is a double tourbillon with a skeletonized movement at a price over $200,000, creating something even more exclusive is simply what one does. Really an interesting concept in perfectly working and saleable order, as well as a top choice timepiece that you’ll never likely even get to touch. rogerdubuis.com 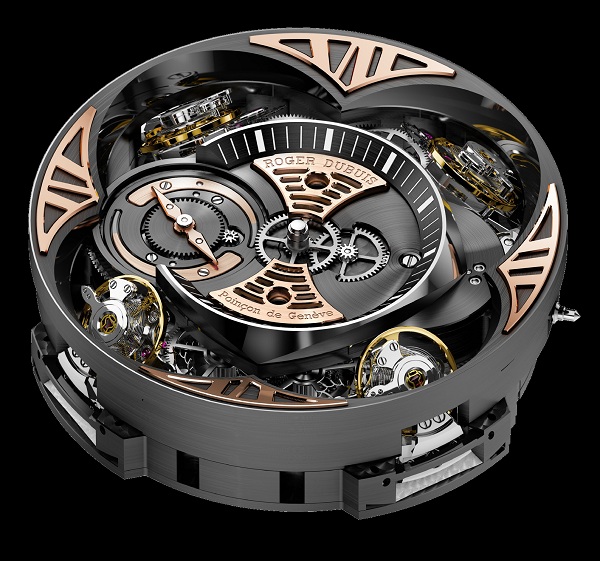