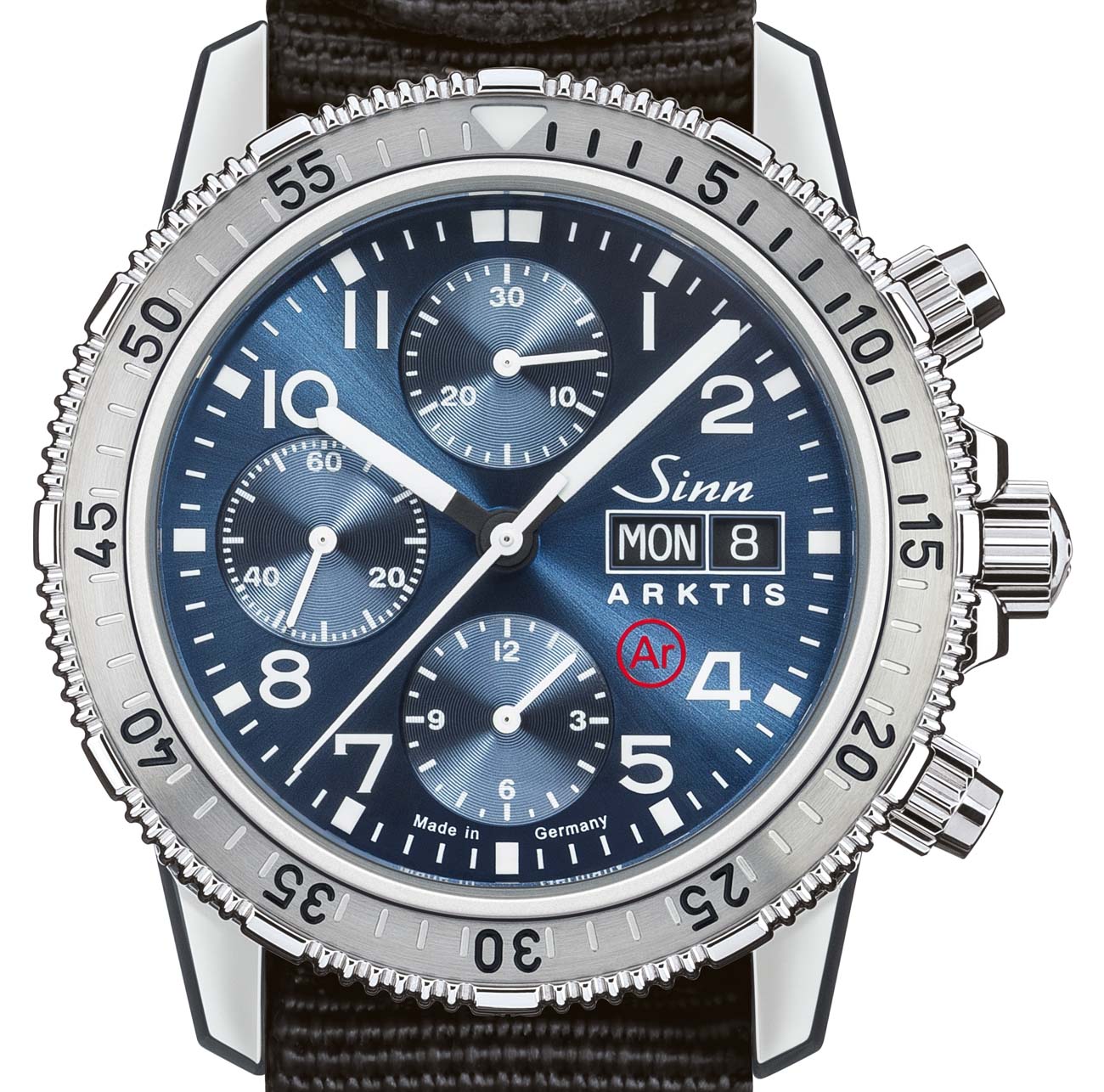 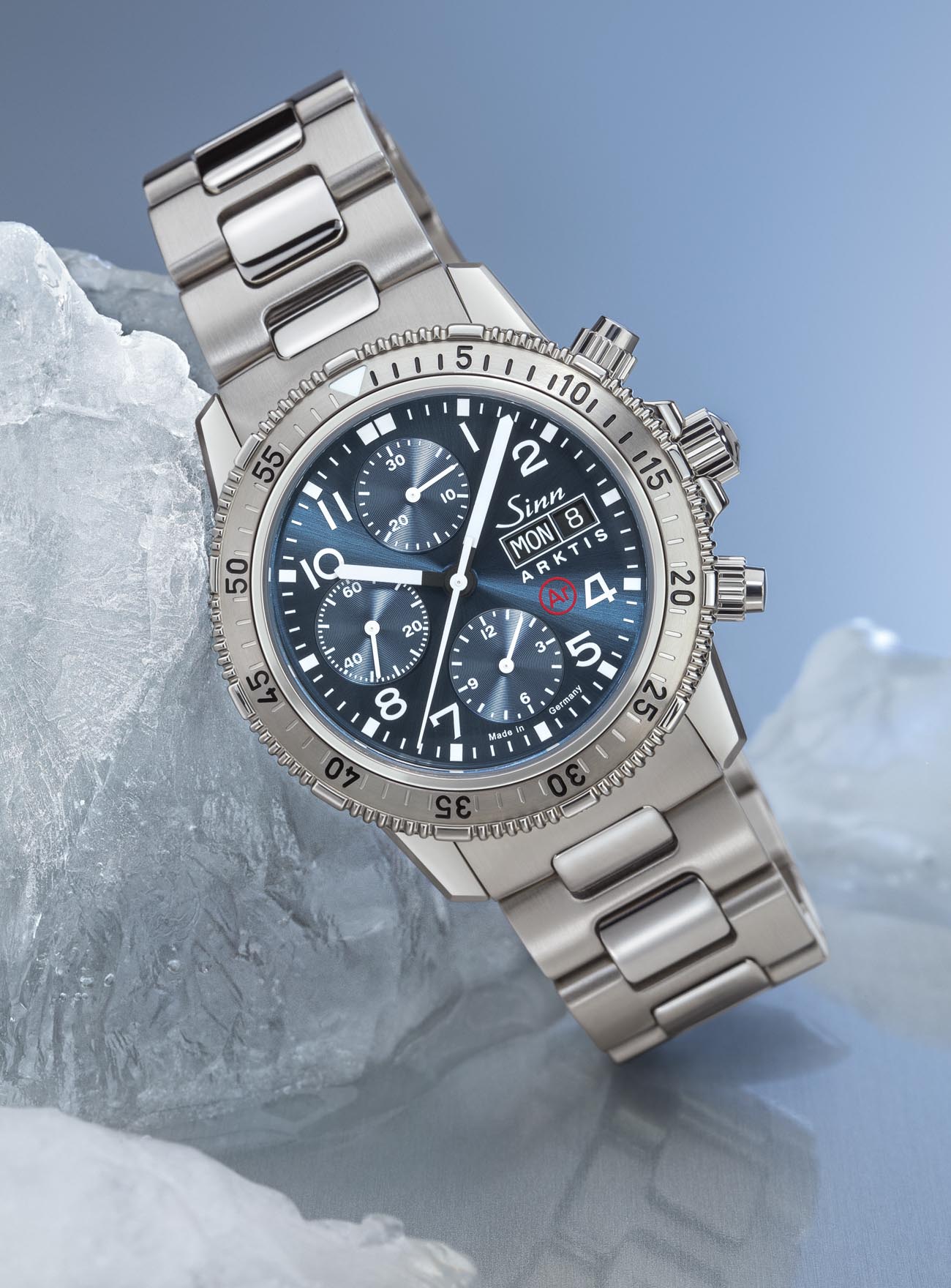 At Baselworld 2019, German brand Sinn will release the Sinn 206 Arktis II watch that is a modern remake of a popular Sinn model from 1999 known as the 203 Arktis. Hearing news of a new Arktis, I personally reacted with, “Well, that’s another watch I need to buy this year.” You see, the Sinn 203 Arktis was one of the first tool watches I ever lusted after but never actually got. The 203 Arktis was still pretty new when I was just getting seriously into watches in the early 2000s, and I love it primarily for its all-function demeanor that was enhanced by a beautiful metallic blue dial.

For several years, I kept hinting to Sinn that I’d be mighty keen about a new Arktis watch, and it is finally here in 2019 as the 206 Arktis II. Back in 2008, when the Sinn 203 Arktis was almost a decade old, I wrote a short article about it on aBlogtoWatch. My positive feelings about the Arktis as a cold-weather-themed professional diver’s watch remain strong today. Pretty much everything about the original Arktis remains, but in a slightly larger steel case that is 43mm-wide, up from the original 41mm-wide size. Sinn really only needed for 20 years to pass since the original Arktis was released for a remake model to be sensible, and they really didn’t need to change much at all. 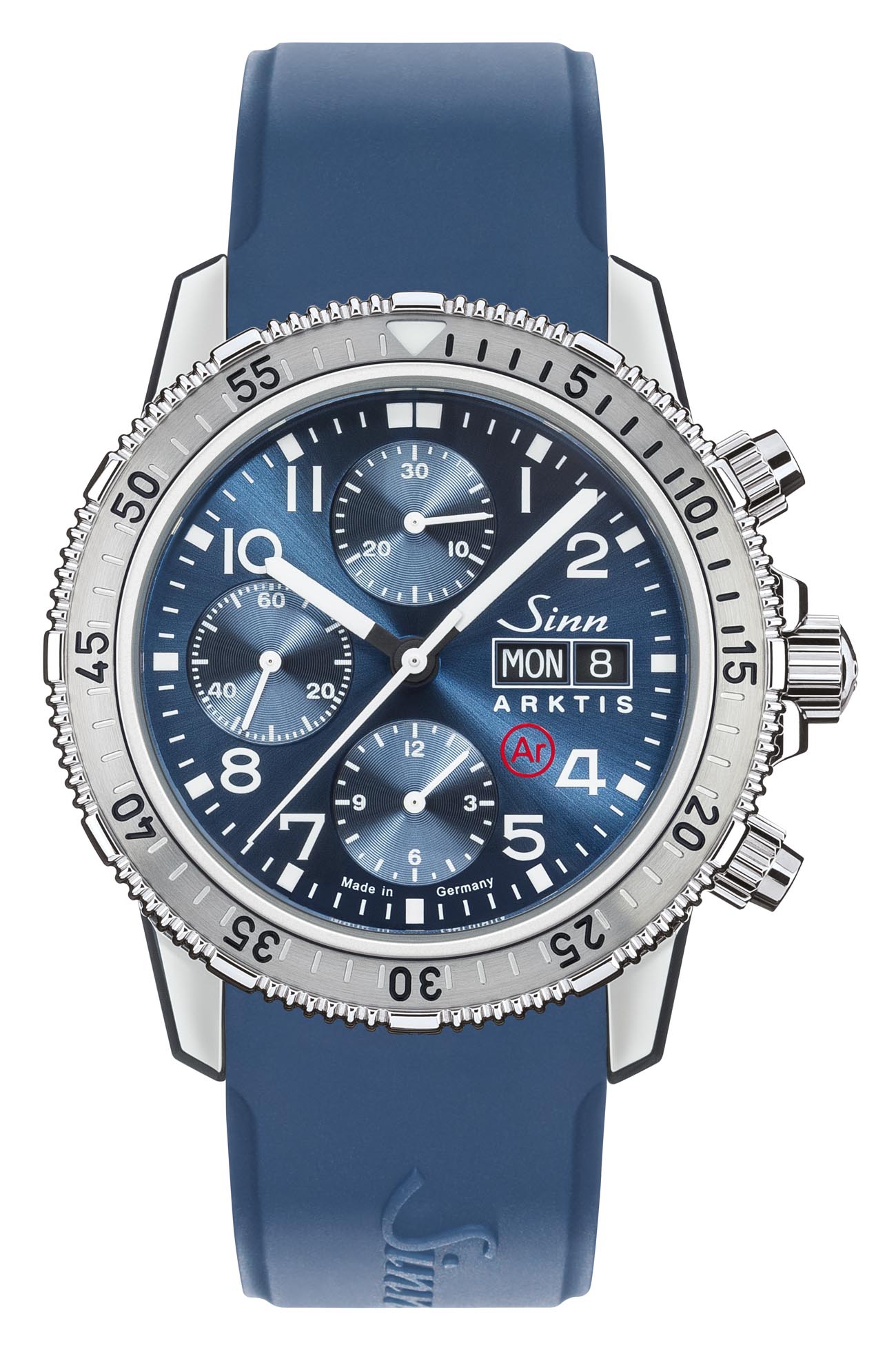 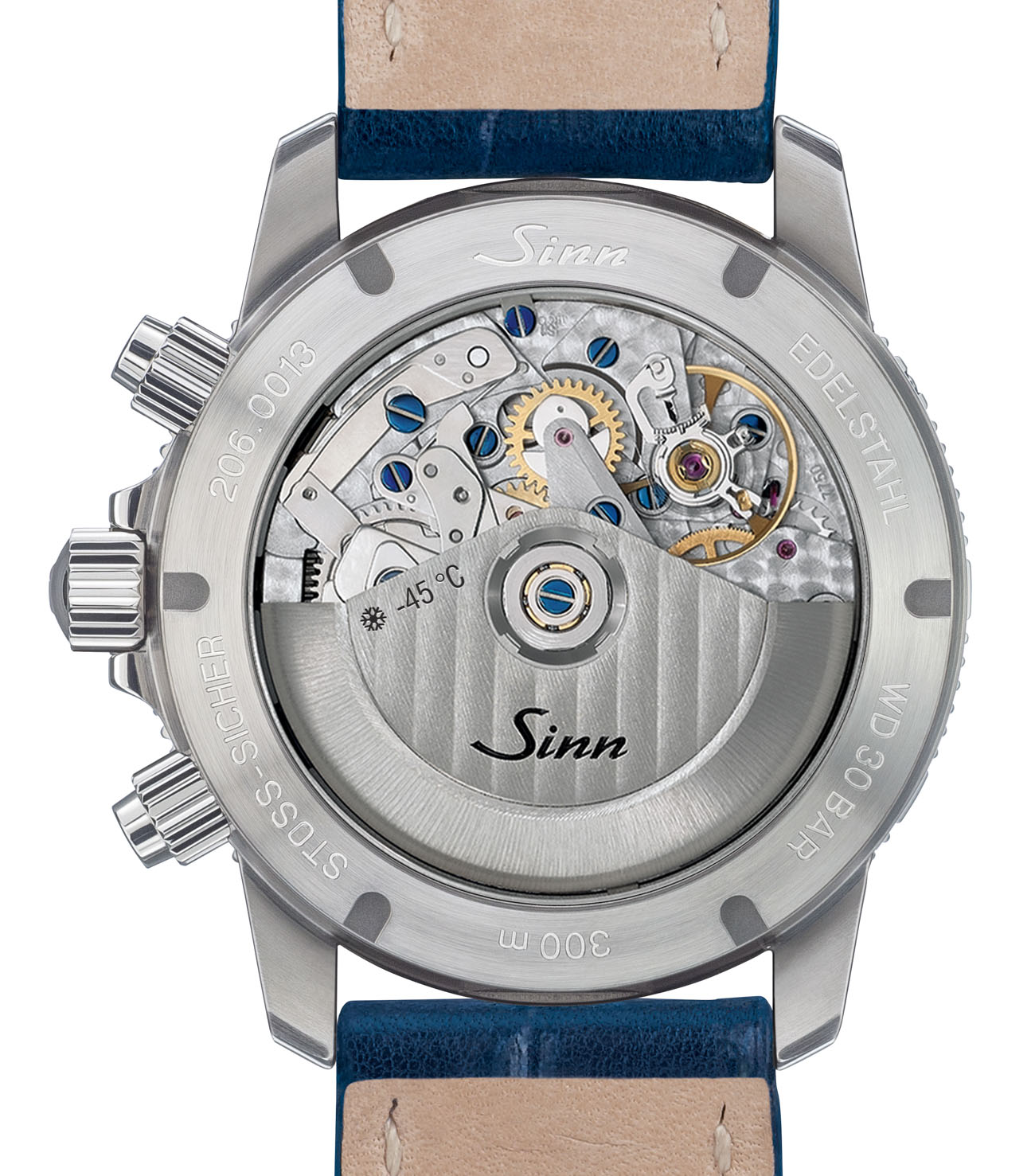 When the original Arktis was released, it helped celebrate a few key Sinn technologies, such as the case-mounted de-humidification capsule, as well as a case that is filled with Argon gas (the “Ar’ label on the dial). The gas replaces oxygen in the case, preventing the fog that can occur during a rapid change in temperature between the inside and outside of the case. The watch is also designed to operate in extreme temperatures ranging from as hot as 176 degrees Fahrenheit (80 degrees Celsius) to -49 degrees Fahrenheit (-45 degrees Celsius).

At its heart, however, the 206 is a military-style chronograph watch with a no-nonsense approach to design and an emphasis on functionality with just a bit of style. The color of the electroplated sunburst polish dial is really the main style element that separates this blue-dialed 203/206 model from its black-dialed cousin. Inside the watch is a tried and true Swiss ETA Valjoux 7750 automatic chronograph movement which can be viewed through the sapphire crystal caseback. The watch case is still water resistant to 300 meters and has a thickness of 17mm (certainly on the thicker side). 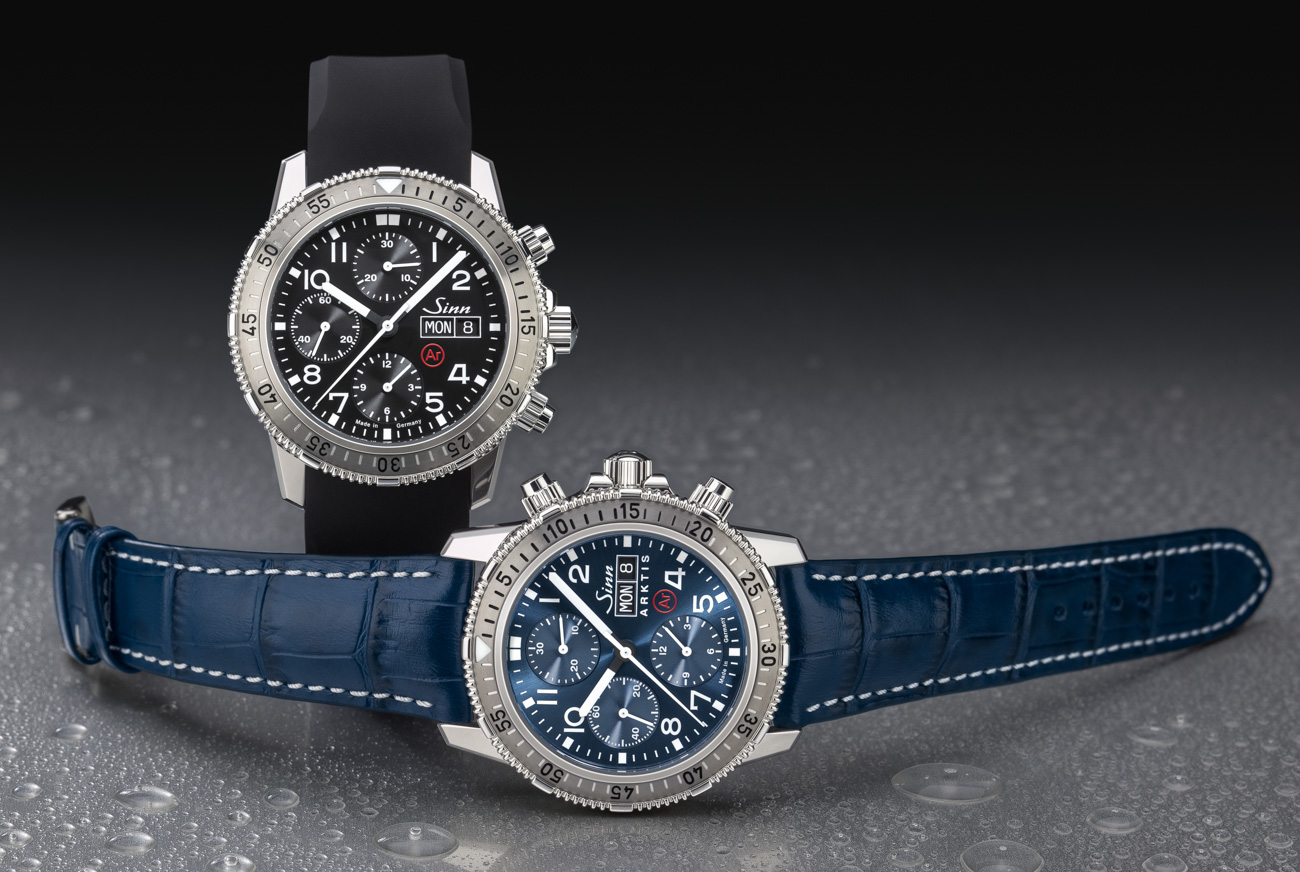 I might be getting old, as a watch I wanted nearly 20 years ago is back with a sequel. That said, the core design and appeal of the 203 — and now 206 — collection watches is still so strong. It is a testament to the design ethos at play when Sinn designed this collection. Legibility is solid, as is a sense of adventure, which is built into the design. Perhaps my love affair with the Arktis bloomed not only from the attractive dial but also the action-ready stance of a timepiece that appeared more interested in going outside than even I was. I find it important (as silly as it sounds) to have a timepiece companion which fits the theme of any activity I want to do, and watches like the 206 Arktis have a sort of universal sports appeal that makes them suitable for a wide range of active pursuits. That’s good timepiece-design timelessness for you.

The 4Hz, 42-hour power reserve Swiss ETA Valjoux 7750 has some attractive perlage polish decoration as well as blued steel screws. None of that decor is necessary for a tool watch, but let’s be honest: Sinn knows it’s selling timepieces more to enthusiasts than strictly to real-life professional adventurers. Sinn also has a series of strap and bracelet options available for the 206 Arktis II. Two matching steel bracelets are available, as well as a series of leather, textile, and rubbers straps. I’m really excited about wearing the new-for-2019 Sinn 206 Arktis II. The price will be $3,570 for the leather strap version. The Bracelet option is yet to be confirmed.  Learn more at Sinn’s website here.