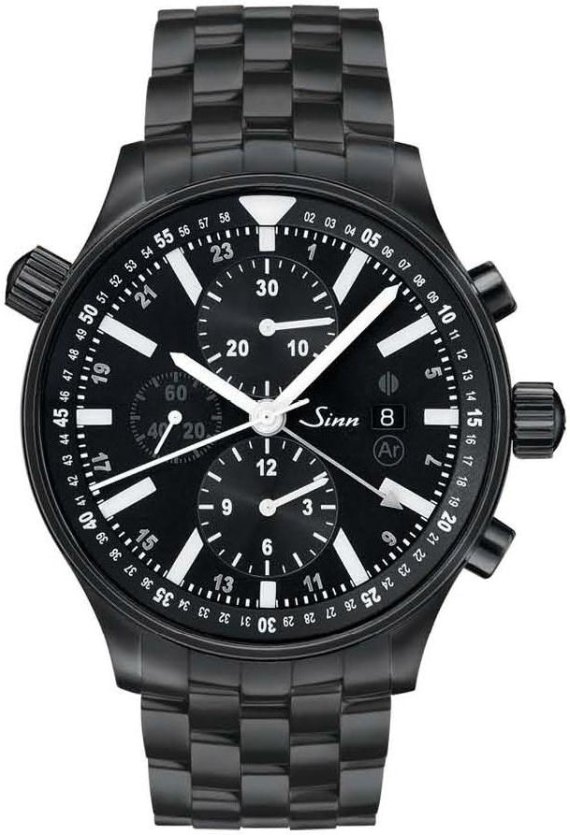 Die Fliegeruhr 900 FLIEGER S! Der groÃŸe Fliegerchronograph! This new tool watch from German brand Sinn is a handsome looker, and saying “screw you!” (in German) to fashion watches. This pilot style watch is a compliment to similar dive chronograph watches from Sinn. Such as the  U1000. While the 900 Pilot is no longer brand spanking new, the 900 Pilot S, which is in black, is new. See my previous article on the Sinn 900 Pilot watch here.

I love the hard industrial feel of the watch. The pure dedication to function and durability that still ends up looking nice. Sort of makes sense that Sinn made a limited edition watch for Hummer right? Does the addition of a PVD coated black on the watch make it fundamentally different from the non PVD version? Not really, but the look of an all black sports watch is a force to be reckoned with. Both models feature hard tegimented steel,  and 44mm wide cases that are 200 meters water resistant and have massive endurance against magnetic fields and shock. The dials are also argon (AR) gass filled to prevent them from fogging up. This is useful when entering a hot humid day after being inside of a nicely air conditioned room. Also good when jumping out of a plane.

The 900 S name means “900 Schwartz,” which is “black” in German. The “S” label on an Sinn watch means that it is a black version of a timepiece that is also available in a non black version. I just get so much more excited about the 900 S rather than the 900. The watch has a Swiss ETA Valjoux 7750 movement, but it has a GMT module on it. Thus the watch has a GMT hand. It also has an internal rotating diver’s bezel – but in this instance Sinn calls it a pilot bezel. That might mean it rotates in both directions, and as you can see, each number in the 60 minute scale is printed out. Makes for a neat look. The hands and markers on the dial are easy to read and lack nonsense – they are also applied with a bunch of lume. On the back of the watch case, engraved in the caseback are various measurement conversion tables – a nice functional use of the caseback for quick and rough conversions. 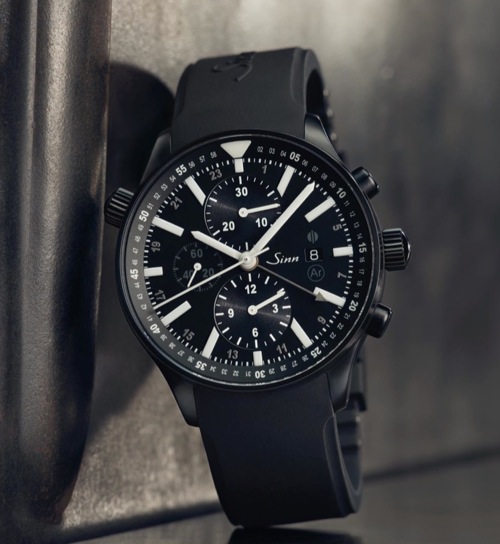 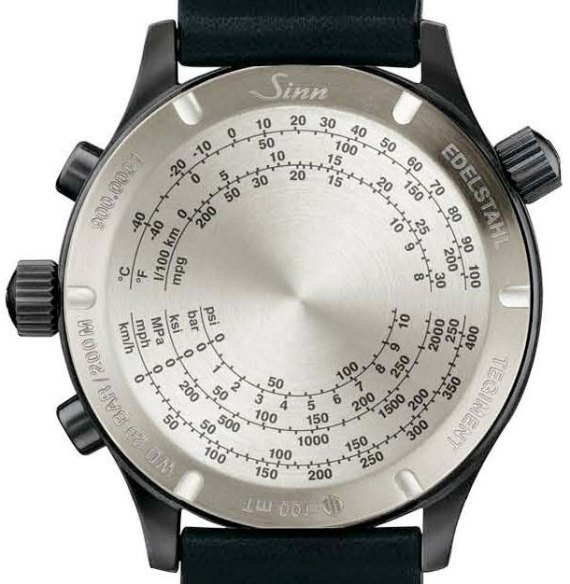 On the five-link black steel bracelet the watch looks best in my opinion. It is also available on a series of leather or silicone straps that most Sinn watches are also available on. You can read more about the Sinn 900 in the previous post that I link to above. I look forward to getting my hands on one of these. Most of the specs are the same. Price for the watch is between about 2,470, – 2,825 Euros, likely more in the US. I have a feeling that these are gonna be hot Sinn watches for a while (just like the 757 was). But look out for them if you want one.