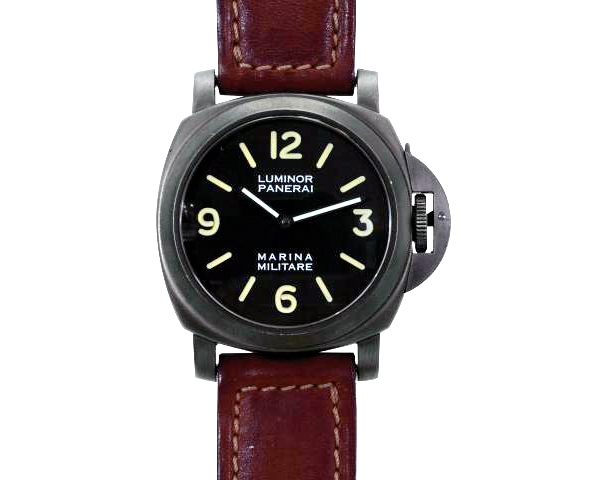 I am pretty happy that the new Rambo movie was as watch-centric as it was. Through the intensely blood-bathed action fest are numerous shots of watches on the characters’ wrists. Sylvester Stallone’s John Rambo adorns an interesting Panerai watch. It has been a Hollywood tradition for sometime that popular movie characters have a watch fitting their nature and status. We know of the James Bond Omegas and the Terminator has an Audemars Piguet Royal Oak specially made for Schwarzenegger that is worn proudly. Rambo prefers the popular and stylish vintage looks of Italian Panerai watches.

It is a well known fact that “Sly” Stallone is a big Panerai fan. Rumored to own hundreds of the cult-loved watches, Panerai has even made custom models just for Stallone. One such model has Stallone’s autograph engraved on the back and the moniker “SLYTECH” on the face. Watch companies are wonderful in that regard; if you have enough leverage and money, they will make any manner of custom model for you. Actually, Stallone is credited by many as the instigator of Panerai popularity in Hollywood today. You can’t buy better publicity if you are a watch maker. 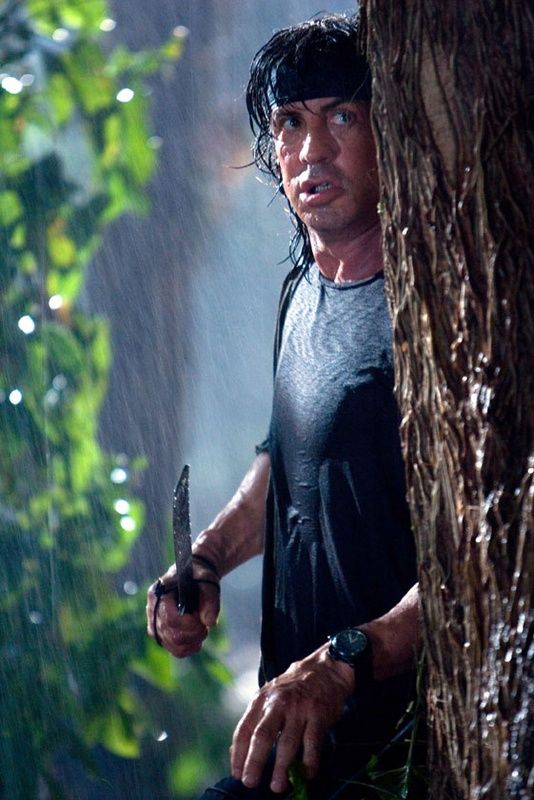 Rambo’s Panerai is not just any model, and is likely a custom or very rare piece. The pictures here are as close as I can get to exactly what the Rambo model looks like. Rambo’s Panerai is a PVD Luminor Marina Militare. A very spartan look, though richly fitting of the Panerai tradition. PVD watches are black, which is favored among the military for a good reason. Most steel watches are polished or shiny to some degree. To retain stealth, a soldier’s watch must not reflect any light while hiding in the brush, or elsewhere. Thus the reason for the black PVD finish is to keep Rambo hidden while he stalks the bad guys. I wonder why he does not have a PVD knife as well? Rambo’s watch has a black strap, not brown. Likely a canvas or rubber strap, but possibly leather as well. 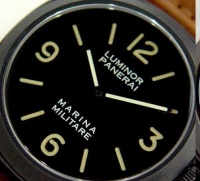 Panerai watches are considered large, but not excessively. The cases are 44mm in diameter, which is a fitting size for any action hero. The prices for Panerai watches is another matter as they are very highly sought after collectibles. Expect Panerai watches to fetch between $4,000 and $15,000 (if not more) depending on the model and its exclusivity.