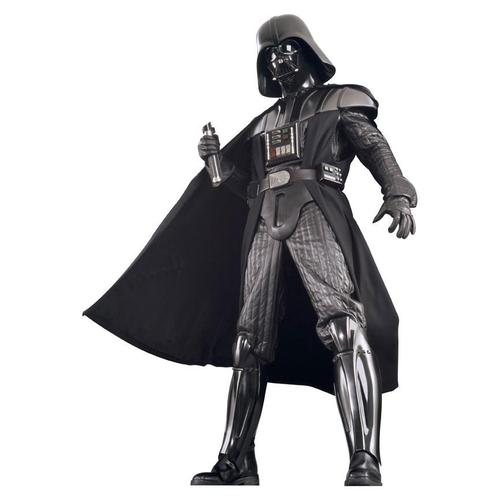 Star Wars Darth Vader Costume On Sale: What Watch Would He Wear?

Star Wars lore seems to indicate that some who are strong in the force can see into the future to an extent. Does this mean they inherently know what time it is? Darth Vader does not wear a watch, though his suit might tell him what time it is. This very cool Darth Vader costume is on sale right now on Buy.com (pictured, click to go to product page). The costume is not cheap as far as Halloween costumes go, but it is high quality, and suitable for many occasions whether you are scaring little kids or participating in a fan event. You get the cape, jump suit, helmet, and rugged injection molded armor pieces. All I think you need to provide are black shoes and a light saber. After seeing this costume, I thought to myself, what watches would go well with this outfit?

This is by no means a comprehensive list, but merely a few options. Feel free to add your own suggestions and thoughts for watches fitting the Darth Vader attire. 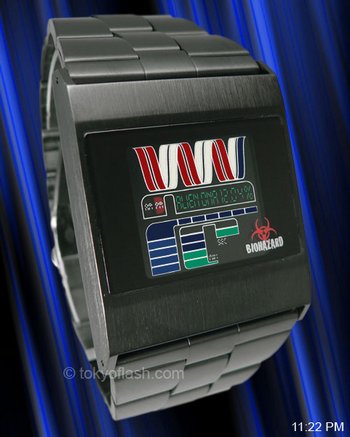 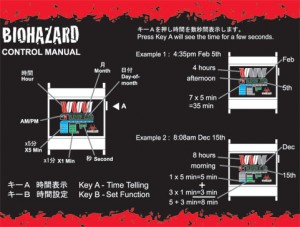 Along those lines, here are a few watches I think would compliment this costume well. First is the Tokyo Flash Biohazard watch. This unique timepiece is a bit hard to read, but actually offers some cool information. I chose it because the colorful indicators remind me of Darth Vader’s instrument panels. The black version is the best as it matches his suit. You may see a lot of Star Trek resemblance in the design of face, but we can have a melding of two worlds. The Biohazard is made by popular trendy Japanese watch maker Tokyo Flash.

You will agree that the instrument panel looks of the Bell & Ross BR-01 series fits well with the angular lines of Darth Vader’s suit. The highly popular Bell & Ross BR-01 92 is a fine mechanical watch in a totally different league than the Tokyo Flash watch. Here are two special edition models that I think will fit well. First is the BR-01 Phantom, which is an interesting watch. The idea is to allow only the wearer to read the watch. You have to look directly at it, but seeing it from afar or other angles does not allow you to see the face clearly. It is a black on black look. Fitting for Lord Vader. Also, is the special edition red hand model. The red compliments the signature red light saber that you should be carrying. The limited edition red model comes in two versions. First is the BR01-92 (three hand watch), and then the BR01-94 with a chronograph complication. The thick rubber strap is a perfect watch for the Vader synthetic material outfit because it can fit easily right over the jumpsuit. Frankly, I think the red edition Bell & Ross BR-01 is the best fit from a bad-ass Darth Vader Jedi Master kind of watch. Just picture it.

Next is the Corum Bubble Night Flyer. Part of Corum’s ongoing series of “artistic” watches, this richboy goth-esque watch alludes to the bulbous nature of Darth Vader’s mask and eye pieces. The imagery is suitable enough. Can you imagine this flying skull painted on Darth Vader’s dedicate Tie Fighter. Truly a force to be reckoned. Corum makes a very nice watch, and despite the cartoon-like appearance, you are getting a quality swiss mechanical watch.

There are several editions of the Corum Night Flyer, my pick is the limited edition with the red stitched black bund strap. The PVD case will accent your Darth Vader looks, and no one will mess with your high style.

Last for now is the Azimuth Mecha Chrono Gauge BMF Ghost Special Edition (or some combination of those words). This watch glows bright green in the dark, a true homage to the concept of the “ghost in the machine.” Perhaps a metaphor for the Sith Lord? Perhaps just a cool mechanical watch with an unorthodox chronograph and way of telling the time. Inside is a modified Valjoux 7750 to incorporate the gauge look. The watch case is in PVD coated steel for the black look. The slightly 70’s futuro appearance works well with Vader’s faux leather pants.

These watches fall into various prices ranges, mostly within the high quality watch range. I am interested in other suggestions for perfect Darth Vader watches, I admit to having more on my mind. Whether you are a light or dark side of the force type of Jedi, or no Jedi at all, you can still appreciate these fine and unique time pieces, which fit this outfit, and others.