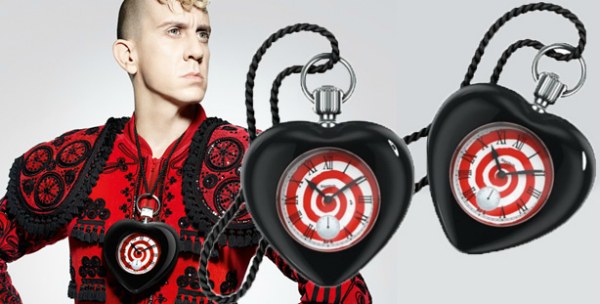 Swatch’s new resident weirdo designer Jeremy Scott follows up his first collection for the watch brand with another less than a year later. I first discussed the Jeremy Scott collection of watches for Swatch here – focusing on the Lighting Flash Watch that I thought was pretty cool. There are five new ones now, arguably more strange than the first collection. 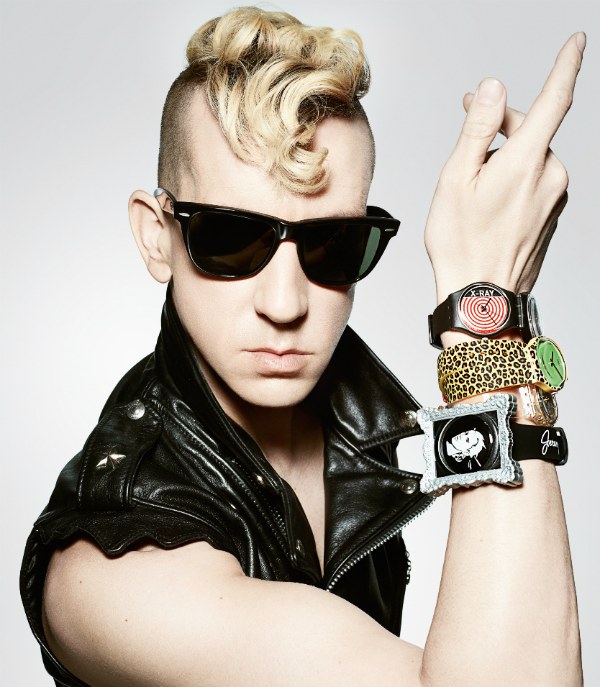 For me the weirdest piece is one done in a sort of naked color tone with a burnt/melted dial. Mr. Scott – wearing strange hair  as always- calls it the Melted Minutes watch. I envision it as art for art’s sake and would see no reason or purpose to wear it. At best it looks a Swatch assembly line production accident. Even with Scott’s ostentatiously unorthodox fashion sense, I don’t see many outfits where this melted dial watch fits the bill at all. Passionate Swatch collector’s might see things differently though.

Probably the most interesting piece is not a wrist watch at all but the Swatch Jeremy Scott Hypnotic Heart pocket watch. This is not only an extremely rare Swatch pocket watch but also a more cohesive design that arguably has a more mainstream appeal. Swatch is pretty hush on technical specs as these are being touted for the fashion market, so I don’t know what movement is powering this uber pocket watch. 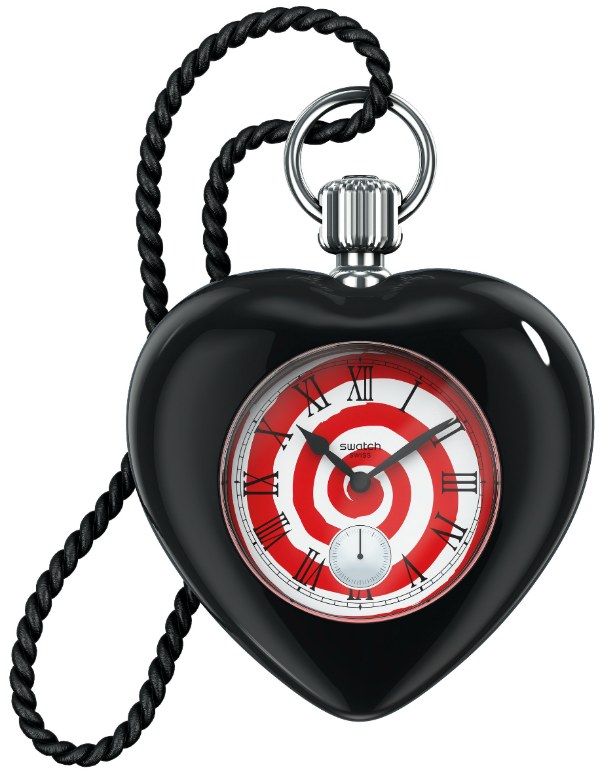 As you can see from the image of Scott wearing the pocket watch around his neck like an alternative universe Flava Flav (who is also arguably from an alternative universe) the piece is rather large. Still, Scott seems to suggest that you can wear it in your [giant] pocket, around your neck (with a red matador jacket), or hanging off your purse. Jeremy, what purse do YOU usually tote around? Then again, the Hypnotic Heart pocket watch might not be that large at all. Rather, Jeremy Scott might just a little guy! You should also know that the Swatch Hypnotic Heart pocket watch will be available as a limited edition of only 777 pieces.

All this Jeremy Scott business got me thinking about what this man is all about. I had a feeling that you really couldn’t tell his personality (well all of it) just by seeing him in posed pictures. Though he does like shooting off the “magnum” look from Zoolander. I’ve included two videos here that are interviews of Mr. Scott. Why two? Well the man speaks French, so for the readers in France and Switzerland, you can learn about Jeremy Scott in your native tongue. I also envy him for being able to always dance while speaking. 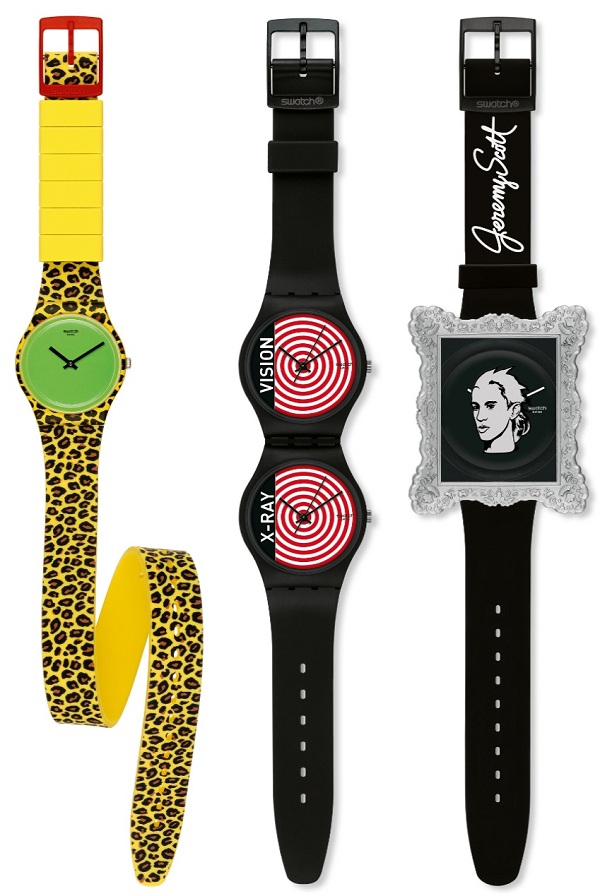 Honestly, Scott seems like a nice chap. Though he does seem to have an insatiable desire to combine two unlike things for the sake of fashion/confusion. Aside from the Melted Minutes and Hypnotic Heart watches there are three other pieces that don’t stimulate me as much. Those are the Double Vision watch (with more hypnotic spirals and two dials), the Swatch Punk (with a very long strap and leopard print), and Swatch Portrait (more like Jeremy Scott Portrait) which is a revision on a piece from the first collection. Look for these watches available in October 2011.