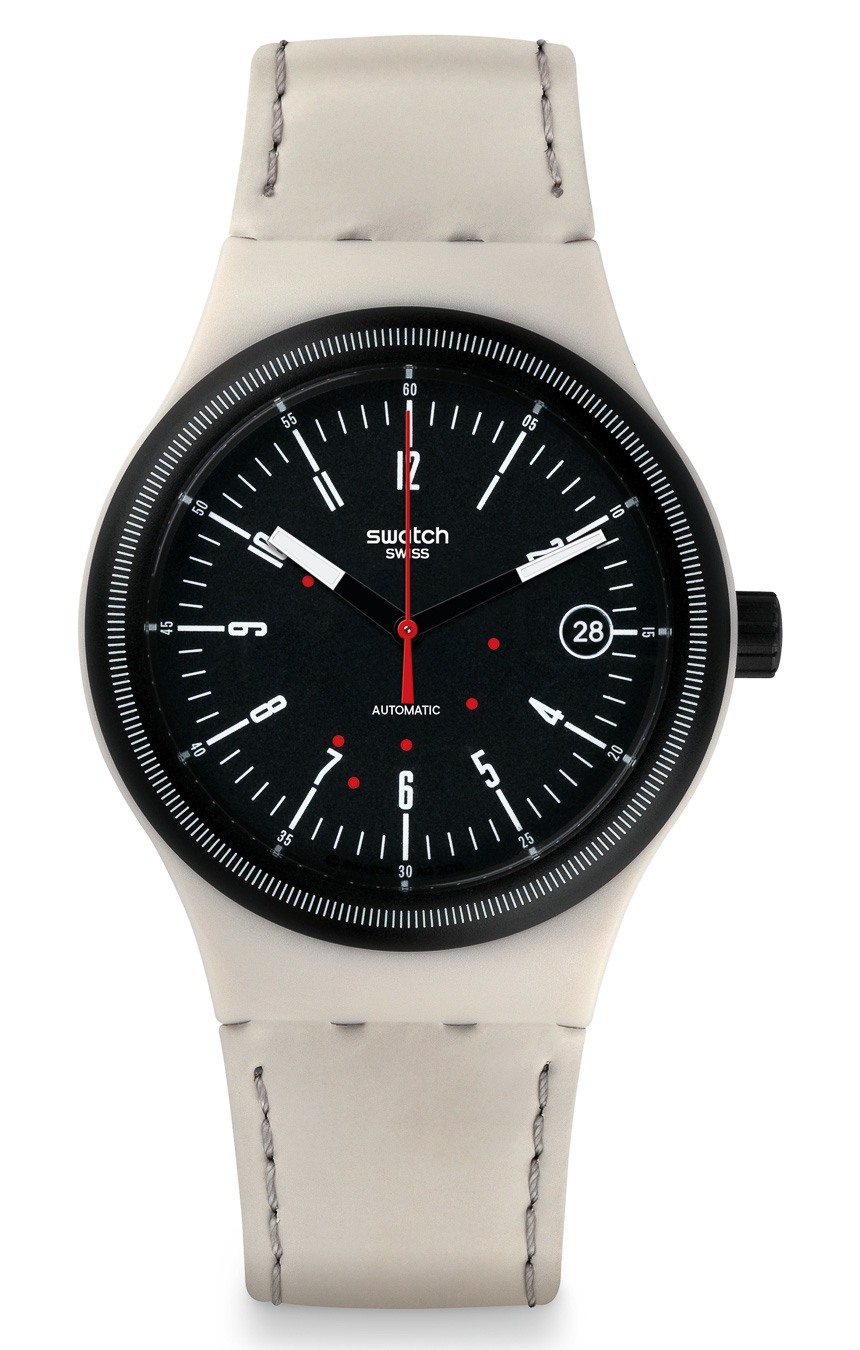 Everyone’s favorite fully robot-produced mechanical Swiss watches – the Swatch Sistem51 – is back for 2015 with five new styles that add to the original Sistem51 collection. Swatch debuted the exciting Sistem51 model range back in 2013 (here), but it was not until later in 2014 that the Swatch Sistem51 hit all markets such as the United States. These new for 2015 Sistem51 collection watches offer more traditional looks with the entry-level “100% Swiss” automatic mechanical timepieces.

Swatch was very clever to introduce low-priced $150 automatic mechanical watches as a way of getting more people into wearing mechanical timepieces. Swatch continues to produce and sell mostly quartz movement-based timepieces and the hope is that people will “graduate” to more luxurious Swiss watches (of course, according to Swatch, ideally within the Swatch Group brands). With an entry-level mechanical version, this becomes more of a reality, since people who have mechanical watches to begin with, tend to stick with mechanical watches. The new Swatch Sistem51 models include the Sistem51 Sistem Pink (SUTR401), Sistem Green (SUTG400) Sistem Chic (SUTB402), Sistem Class (SUTS402), and Sistem Cream (SUTM400). 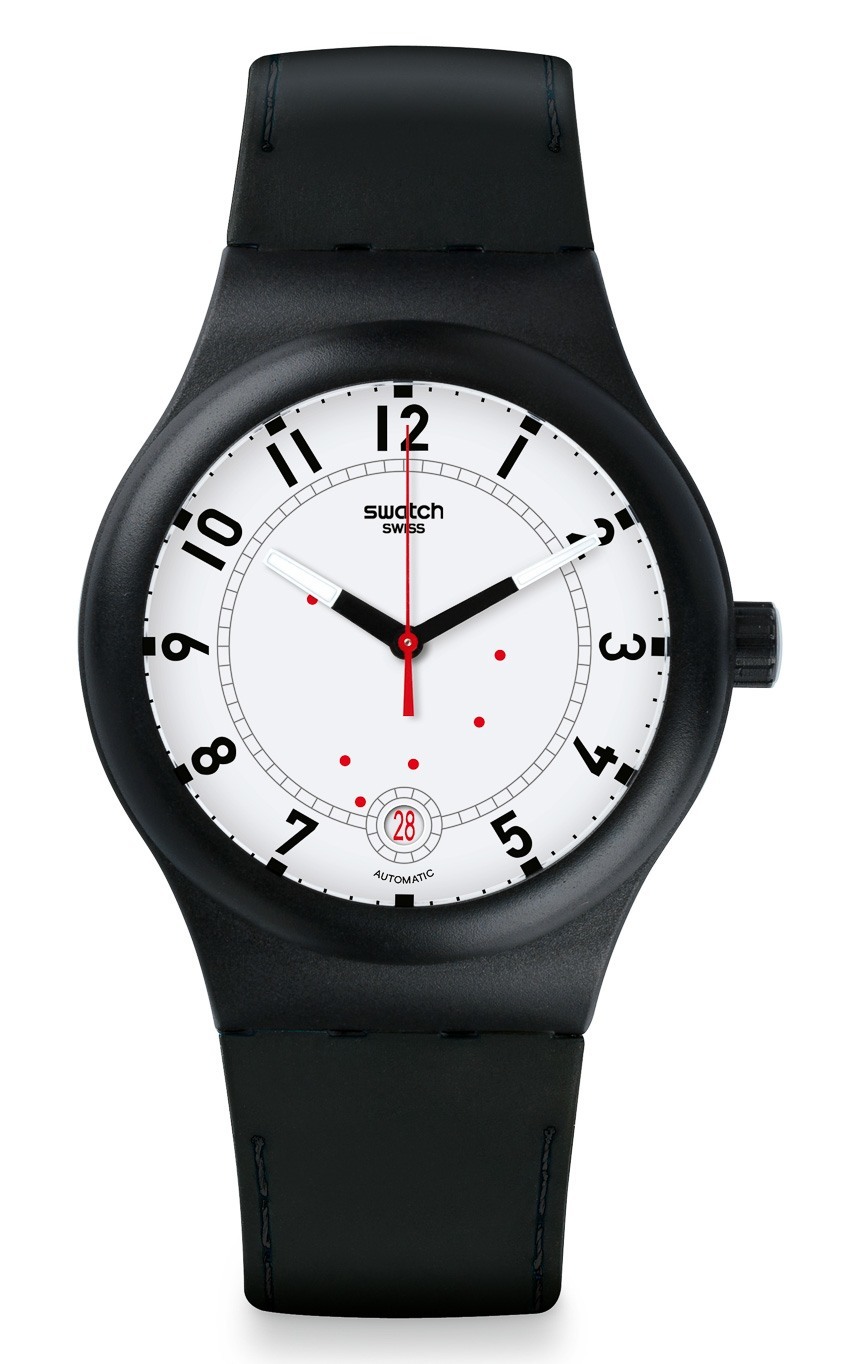 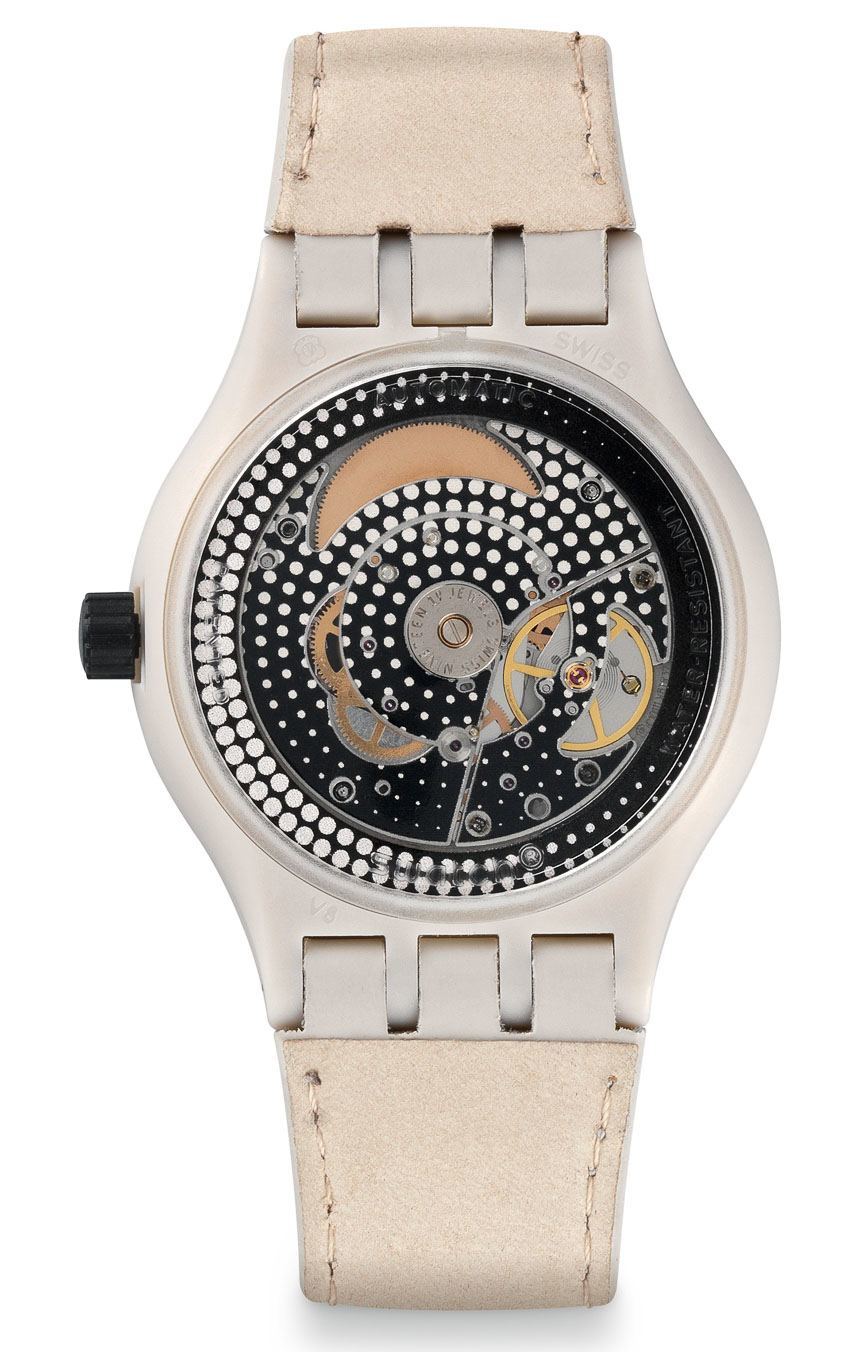 When Swatch originally debuted the Sistem51, the debut models came in a few colors with dials designed to highlight the placement of elements in the movement. They looked a bit like dials with constellations. Admittedly cool, the original Sistem51 models were not going for mainstream appeal but rather for early adopters fascinated by the automated-production of the Sistem51 movements. Now, for 2015, we have this new crop of the Sistem watch with more traditional designs intended for both men and women.

The plastic-cased Sistem51 watch is 42mm wide (and 13.6mm thick), available in a range of colors and fitted to various strap options. Even though the new dials are more classic, you’ll notice that Swatch was keen to ensure that the dial placement of the position of the elements, which hold the movement together, remain. Thus, the now distinctive “constellation” on the Sistem51 dials remain. These aren’t functional elements on the dials, but rather, reminders about the mechanical movement inside. 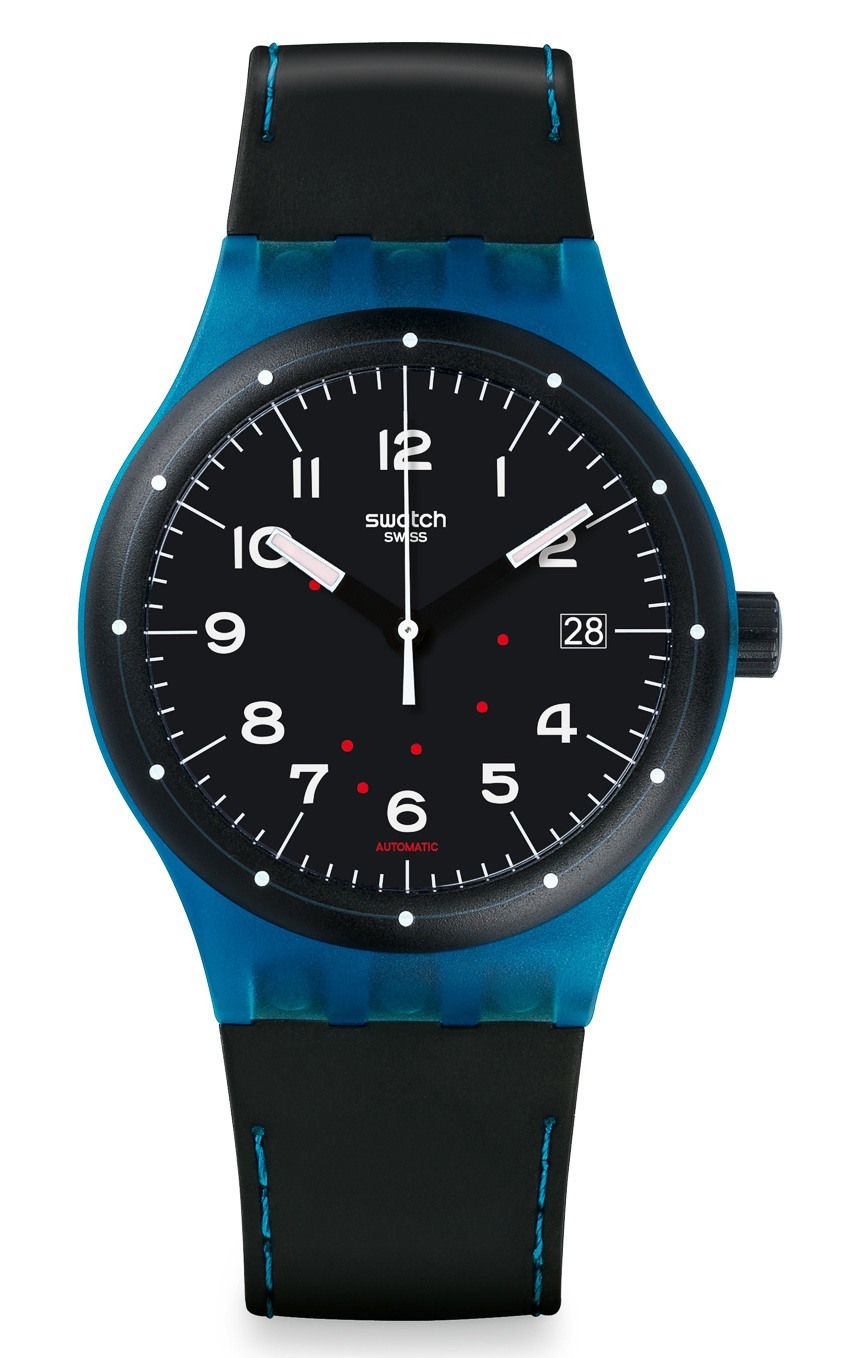 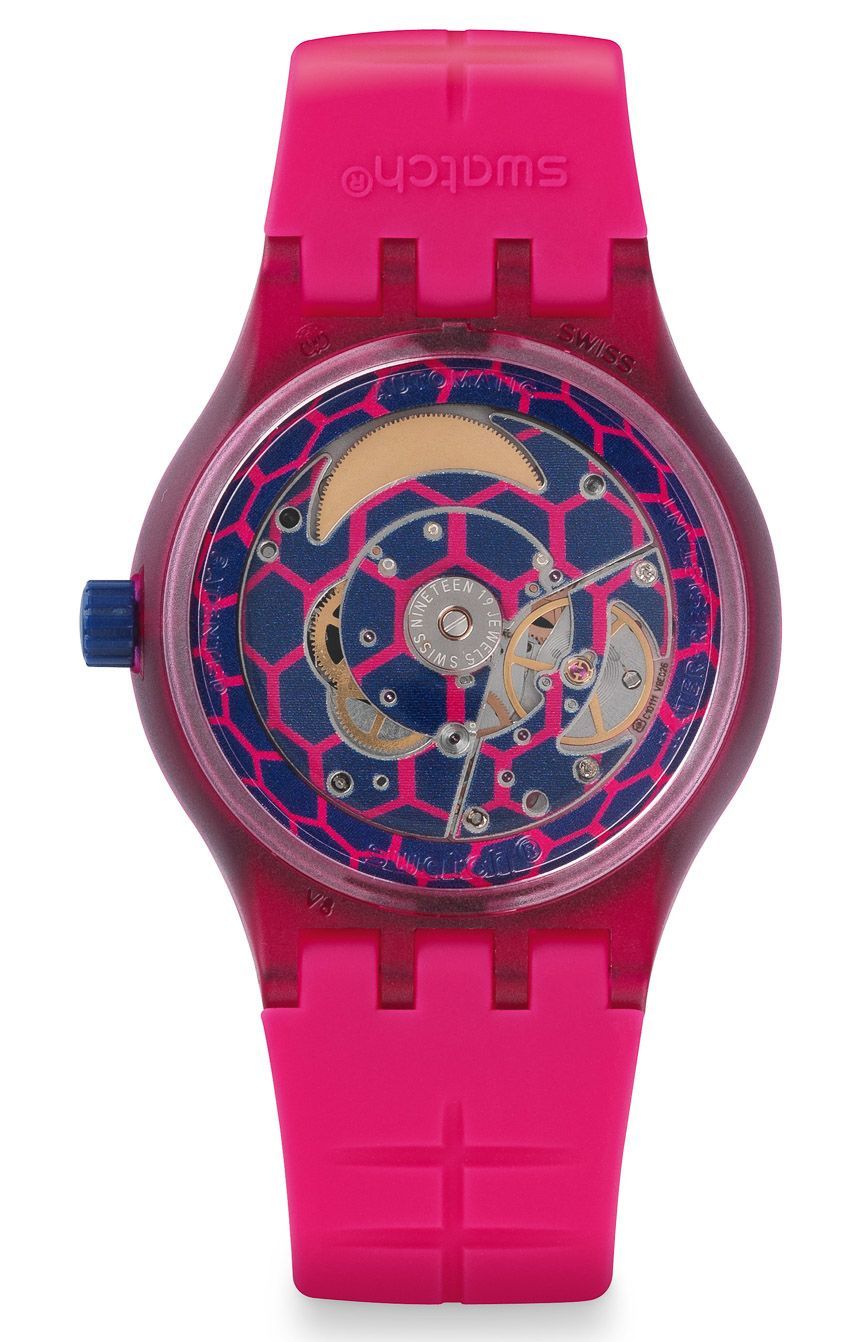 The Swatch Sistem51 movement is produced from just 51 parts and is said to be fully automated in its assembly – a feat that ended up proving to be very complicated for Swatch. Using metal and plastic components, the Sistem51 movement isn’t designed to be taken apart and put back together like most mechanical movements out there. The Sistem51 operates at 3Hz and has a rather long power reserve of about 90 hours.

Swatch designed the rear of the Sistem51 to look fun and interesting with various decorative patterns. The automatic rotor is actually transparent which allows for a better view through the clear plastic caseback of the watches. The movements offer the time with central seconds and a date indicator window. 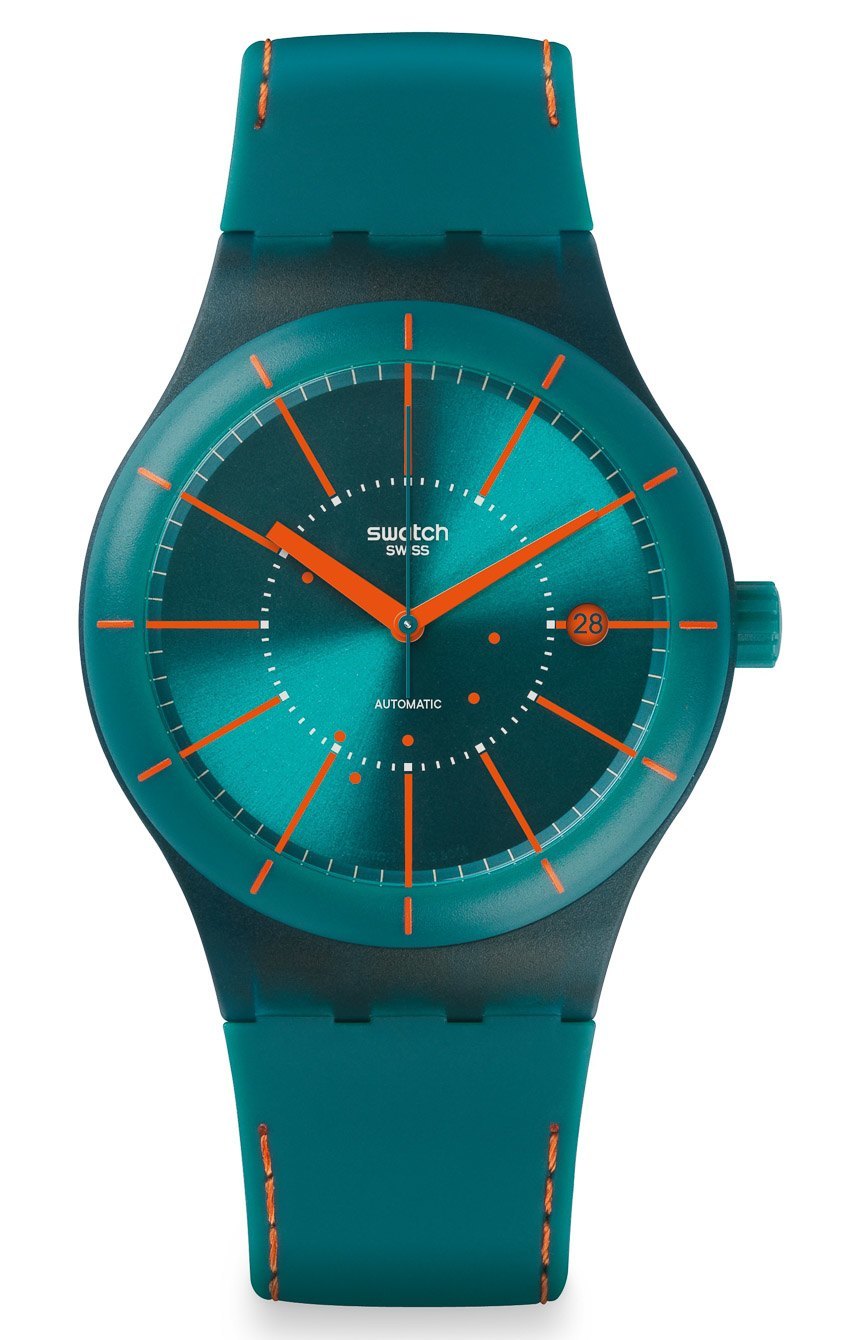 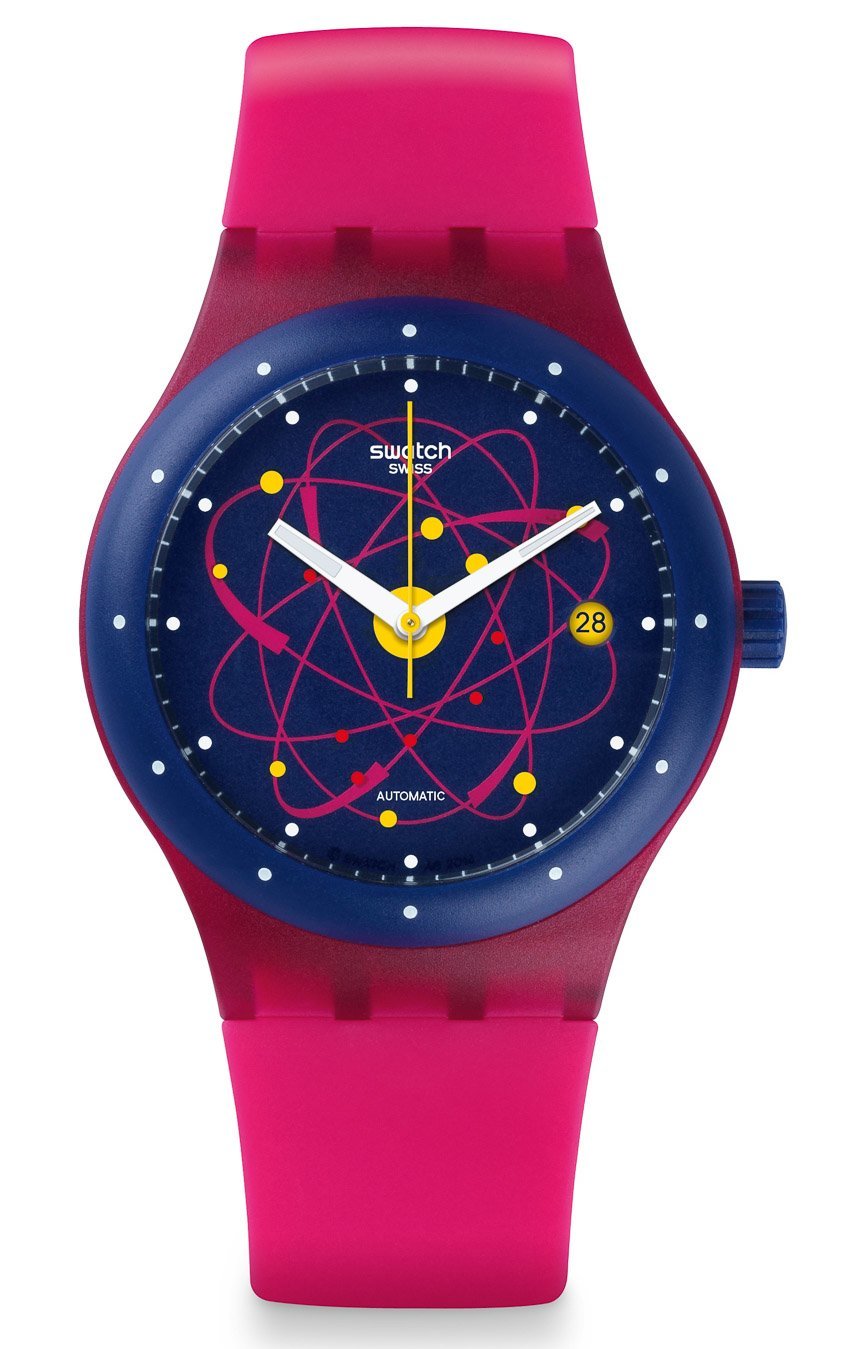