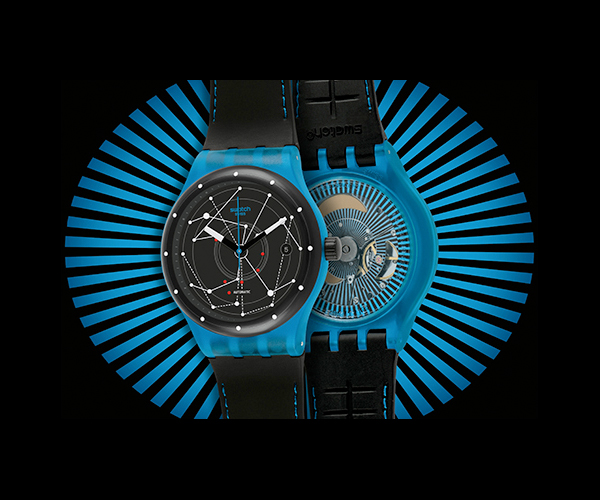 Baselworld 2013: Swatch Sistem51- Only 100 Swiss Francs for a Mechanical Watch! 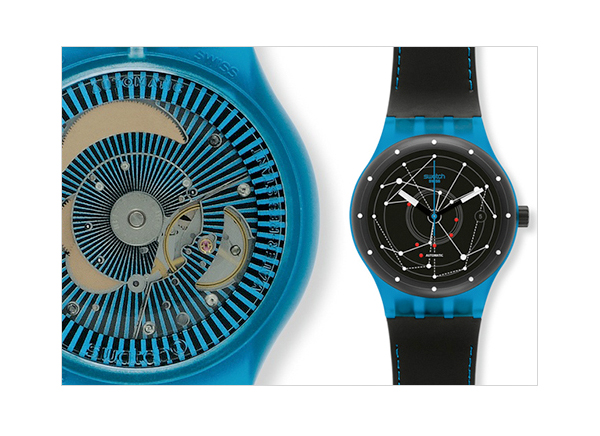 Today sees the launch of the Swatch Sistem51 and the fire burns bright once more.

Swatch watches were one of the guilty pleasures of my youth. When the Swatch craze took over the world in the early 90’s, I was there in the thick of it. I remember going to Swatch boutiques looking for the “Bora Bora”, the headline watch of the Scuba 200 series, and even starting a collection of the Swatch quartz chronographs when they first came out. Then, when the Midge Ure song “Breathe” came out, I was singing along like no tomorrow, making sure that I had a carefully selected Swatch on my wrist when it happened.

There was something very cool about the attitude that Swatch embodied, and as a young boy whose only other option was a Casio or Seiko, everything by Swatch was instantly elevated to something special. Of course, I grew up and Swatch was resolutely forgotten in favor of more sober watches in more traditional colors. The bright and sometimes gaudy designs of Swatch were put away.

My early love for Swatch has today been resurrected from an announcement by Swatch that for me came out of left field.

I want to tell you about the Swatch Sistem51, a watch that I should not be excited by, but am, because of the way that it packages a bunch of features together, and is bound by such a fiercely disciplined philosophy for which I have nothing but admiration.

Let’s look at the headline features. It’s a fully automated assembly-made mechanical movement composed of  only 51 components,  a 90 hour power reserve and a selling price of no more than 100 Swiss Francs. To those who go by other currencies, this translates into 105.50 USD, 81.20 Euro or 68.3 GBP.

Previous to this, the only cheaper mechanical watches I can think of are the Seiko 5’s and many Chinese watches. The Swatch however is 100% Swiss made, which is cool for those who find that label important.

The movement is an automatic, but in place of the rotor, we have a transparent disc rotating around a central screw. This allows users to see into the movement and all the intricate details of the 51 components. Quite frankly this is excellent, as it offers the advantage of not having to wind the watch everyday like a mechanical and the ability to see the movement unblocked by a rotor such as in an automatic watch. Kudos to Swatch for coming up with this idea.

51 components as well is an astonishing number, as most mechanical watches easily have twice that. Some complicated watches easily go close to 900 plus components. For the reduction of necessary parts to such a low number, a tremendous amount of thought and design must have gone into it, and it would be interesting to see how Swatch managed to accomplish this.

The movement itself is 100% assembled by machines, so no hand polishing here, only big robots in clean rooms will ever touch your watch during production. The components are welded together to form an assembly centered around a single screw, and the advanced design of the escapement does away with the need for a regulator . The rate in fact is set in the manufacturing process by a laser, which means manual adjustments are totally unnecessary. Top it all off with a 90-hour power reserve and it all forms a very nice list of ingredients for us watch nerds to marvel at.

In fact, when more details emerge, I will want to see this movement taken apart and described because it just sounds so cool. It’s all a big high-tech extravaganza to make this mechanical watch, which sounds kind of funny in a way, but we’re human, so there you go. 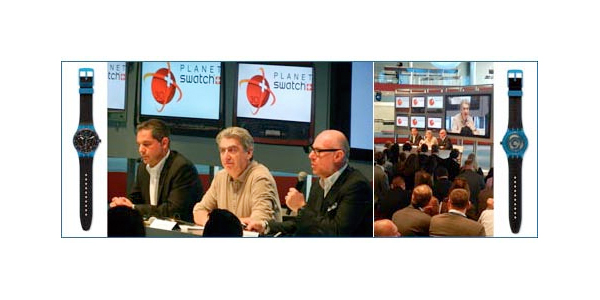 A further innovation is the material that the movement is made from. It is called ARCAP, an alloy of copper, nickel and zinc with exceptional anti-magnetic qualities. Also, the components are hermetically sealed within the case, preventing moisture of foreign objects from interfering within. Well, that’s interesting isn’t it? It kind of  sounds similar to the Cartier ID Two with its Vacuum sealed case. Hmm, could this have something to do with the 90-hour power reserve?

All in all, this is an exciting watch and looking at the list of features it is easy to see why. A low price, technical innovation so far unseen before, and marvelous aesthetic qualities. In fact,  this is ideal to present as a gift to your friends with unrefined and simple tastes in watches. It will function as a starter piece to allow them to appreciate the wonders of the mechanical watch, and hopefully wean them off using their mobile phone to tell the time.

One can only hope.

I will look forward to having this watch for review in the near future, so look out for it.

PS: Apologies for so few pictures, more will be added when they become available.