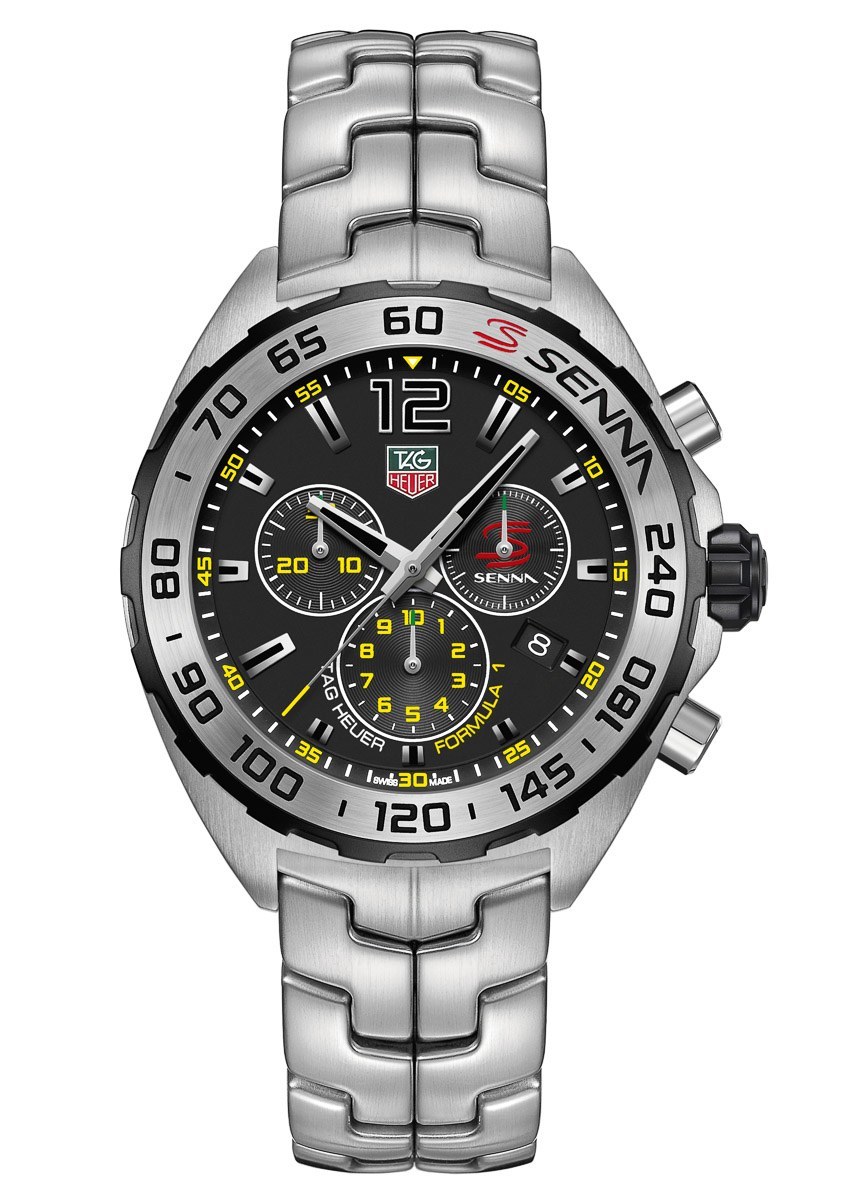 For 2015, just as TAG Heuer continues to “make new again” their successful “Don’t Crack Under Pressure” resurrected brand slogan, some interesting models from the past are coming back as well, such as an Ayrton Senna watch – actually a few Ayrton Senna edition watches. These are sporty models that do fit into TAG Heuer’s current strategy, but there is somewhat of an irony in their release. TAG Heuer’s goal today is very much about appealing to a new generation of watch lovers (that I discuss at length here, while going over the new TAG Heuer Carrera Heuer 01) and partnering with the people who TAG Heuer CEO Jean-Claude Biver feels inspire that generation.

The irony is that while famous and iconic, Ayrton Senna died in 1994 during a tragic Formula One race at the age of 34. This means that the demographic TAG Heuer is attempting to reach likely has little clue who Senna is (even though there was a recent movie about his life). This raises some interesting questions, as well as clues about TAG Heuer’s more diverse strategy to appeal to new people, as well as its more mature current audience. 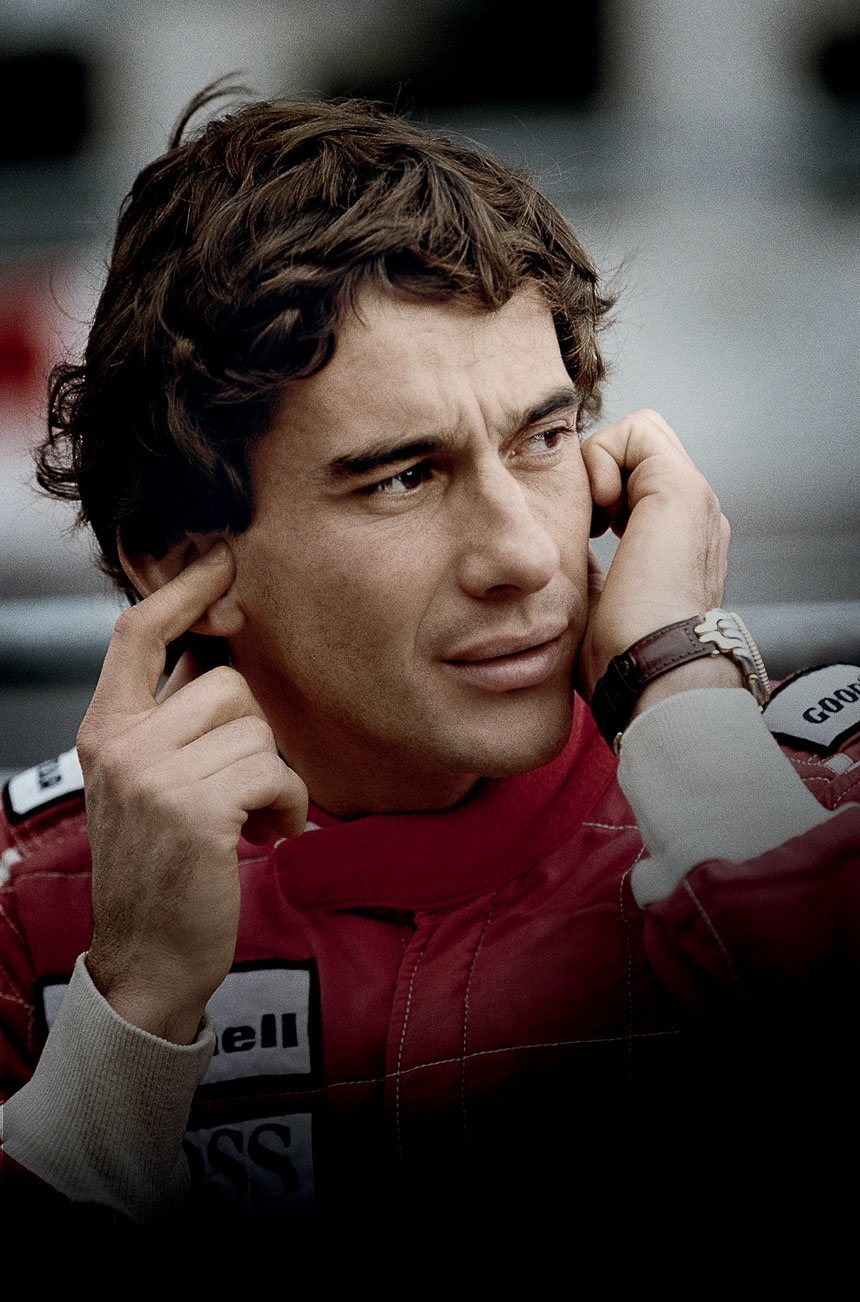 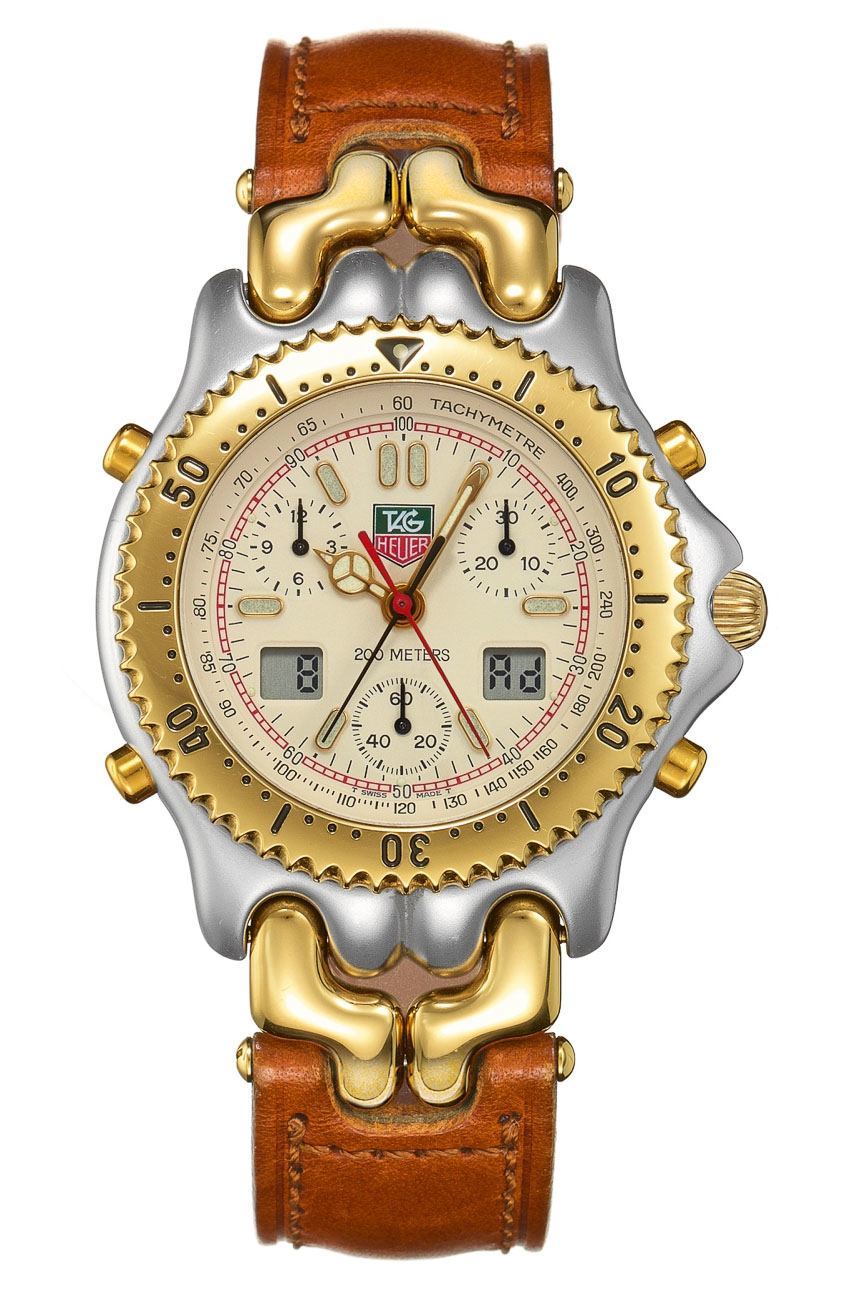 What is the take away message from the fact that the brand is producing these new TAG Heuer Ayrton Senna watches? Perhaps, that in addition to wanting to focus on youth cultures such as music and modern athletes, TAG Heuer will continue to also produce more traditional products that evoke the brand’s most historic heroes such as Steve McQueen and Ayrton Senna. I think it is safe to say such a suggestion is probable, given the loyal fan base TAG Heuer has developed over the years. Hence, we have a new upcoming collection of sport watches dedicated to Aryton Senna. What makes these watches perhaps the most unique is that each of them will use the “TAG Heuer Link” bracelet on non-Link watches. Why? The reason goes back to one of Aryton Senna’s personal TAG Heuer watches.

Our friend Mr. Chalmers at Calibre 11 nicely profiles the “Watches of Aryton Senna” with more history, and you can see that the quirky TAG Heuer S/el ref. S25.706C was one of Aryton’s preferred watches. The funny thing is that the TAG Heuer of today would probably never produce such a model with its analog/digital dial and odd hybrid bracelet/strap. With a 1/100th of a second chronograph, it isn’t too difficult to imagine why it was a preferred watch of a race car driver. More so, this S25.706C was part of the larger TAG Heuer S/el collection that later gave birth to the TAG Heuer Link collection, which only got its name in the late 1990s. 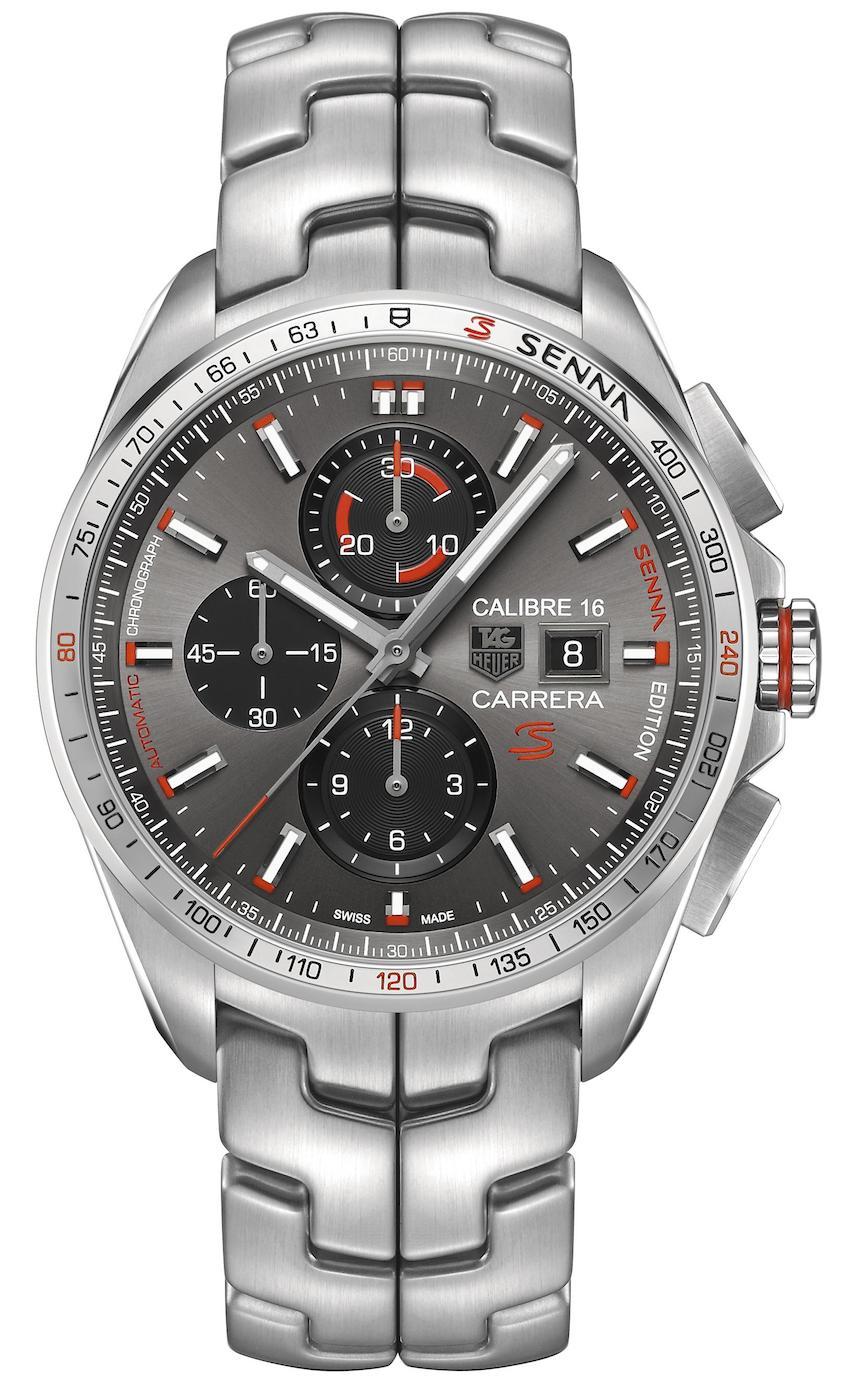 “S/el” stood for “sport elegance” and was supposed to be a versatile watch collection that one could wearing for sporting purposes or with a suit. Launched in the late 1980s, the bracelet was its most iconic element even though it initially was also its most controversial element. In my opinion, some of these early 1990s Tag Heuer watches are great looking, but for today’s tastes, suffer from being a bit small or focusing on quartz versus mechanical movements. Anyhow, going back to 2015 with these new “Senna Edition” watches, TAG Heuer wanted to recall the iconic bracelet. 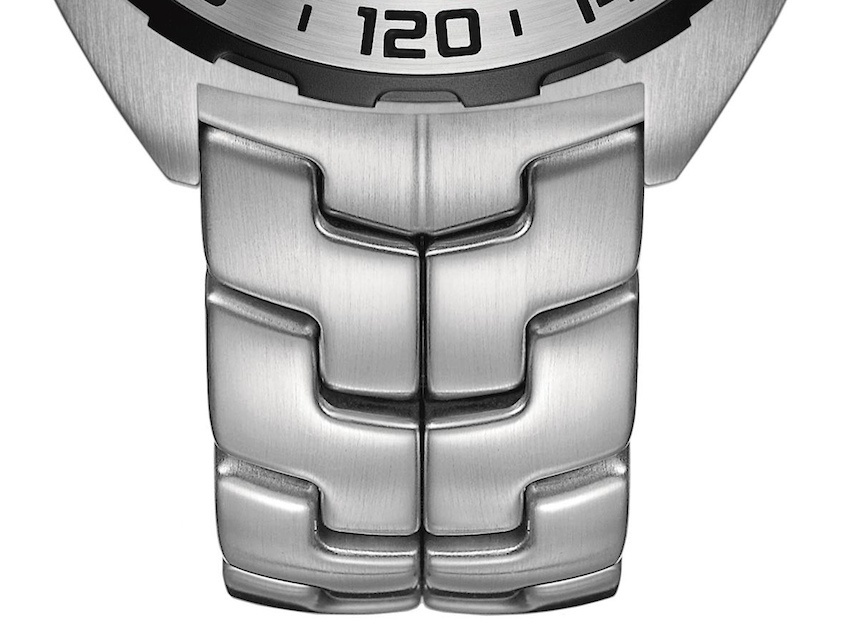 Logically, they might simply produce TAG Heuer Aryton Senna Edition Link watches. Aryton Senna was, in fact, a TAG Heuer brand ambassador and “his” models helped pave a path for the Link collection. What is also salient about Ayrton Senna this year is that his face appeared on legacy advertisements with the “Don’t Crack Under Pressure” slogan. If you’ve been paying attention, that same slogan is back (with a hashtag – #DontCrackUnderPressure), for a new generation of TAG Heuer enthusiasts. Instead of Link collection TAG Heuer Senna Edition watches, they are TAG Heuer Formula 1 Senna Edition and TAG Heuer Carrera Senna Edition models – albeit, with Link-style bracelets. 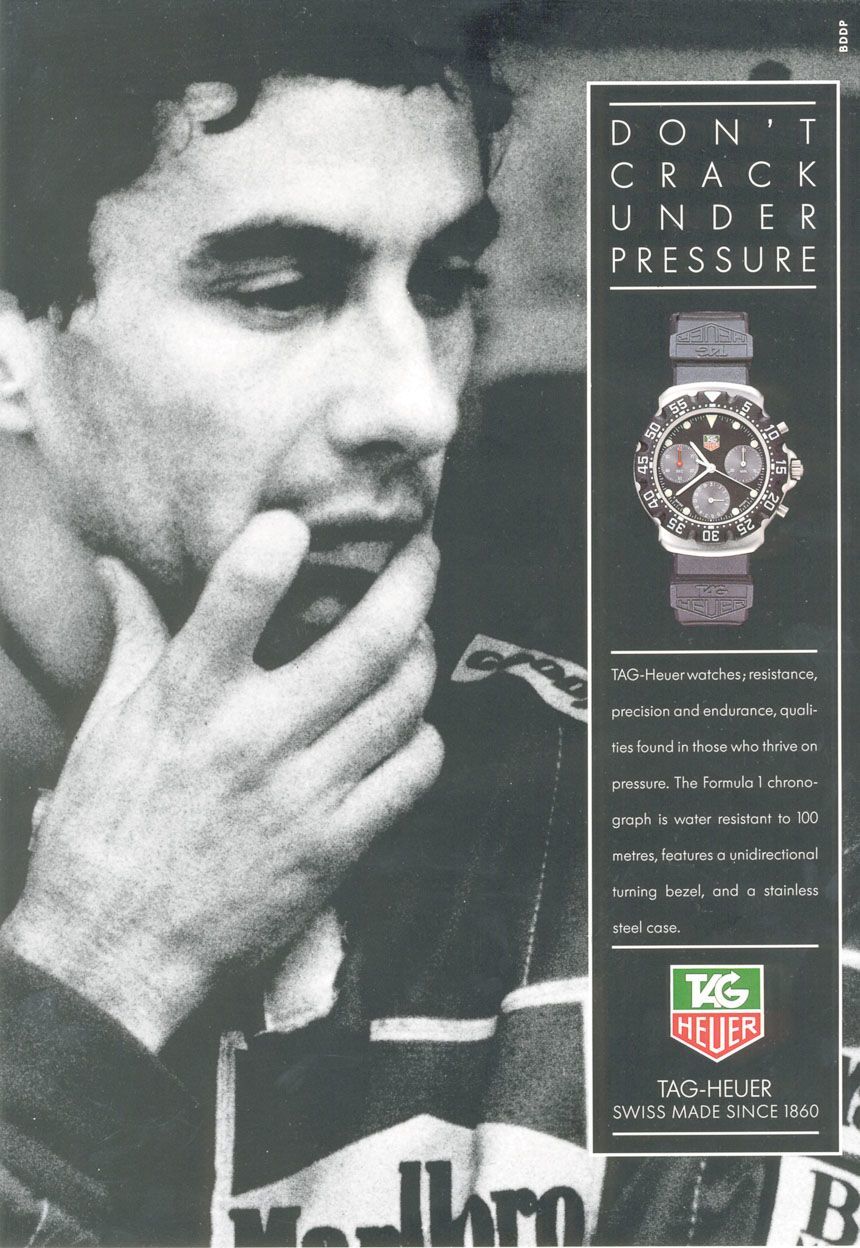 These aren’t the exact same Link bracelets that would have been on the early 1990s watches. In 2011, TAG Heuer redesigned the Link bracelet to make it a bit more angular and modern looking. Those are the bracelets that you’ll find on both these “Carrera” and “Formula One” branded watches. While this is a bit weird, TAG Heuer collections are able to get what some might refer to as Frankenstein watches where parts from various model families are used for something new. The Link bracelet is pretty nice, and despite the product confusion that is likely to occur, the resulting models are pretty interesting. Oh, and it is also worth noting that TAG Heuer doesn’t refer to the bracelets as “Link” bracelets (even though that is what they are). Instead, the brand is calling them “Legend” bracelets.

The Senna “S” is something you’ll find on each of the four new TAG Heuer Ayrton Senna Edition watches that include two Formula 1 versions and two Carrera versions. The former are pretty straight forward Formula 1 models with revised and colorful dials in 43mm-wide steel cases. The CAZ1012.BA0883 has an anthracite gray dial with red accents and the CAZ1013.BA0883 has a black dial with yellow accents (for a Brazilian theme). Each of the TAG Heuer Formula 1 Chronograph Senna Edition watches will contain Swiss ETA quartz movements. 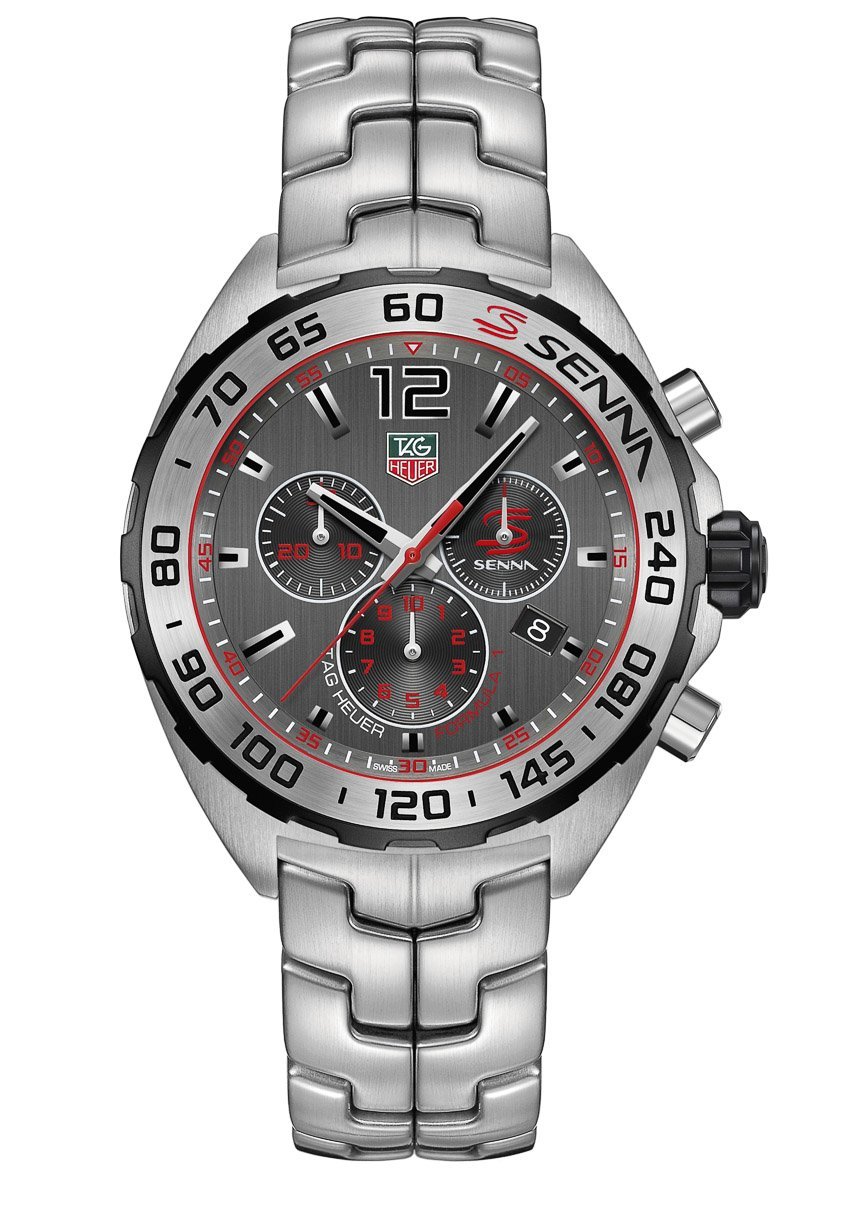 On the Carrera front are the TAG Heuer Carrera Calibre 16 Chronograph Senna Edition models that include the reference CBB2010.BA0906 in steel and the CBB2080.FT6042 in black-coated titanium. The steel model does have the “Legend” bracelet but the titanium version will instead have a black rubber strap (with tire tread). This would have been a cool opportunity for TAG Heuer to introduce a titanium Link bracelet, but unfortunately, that isn’t the case. 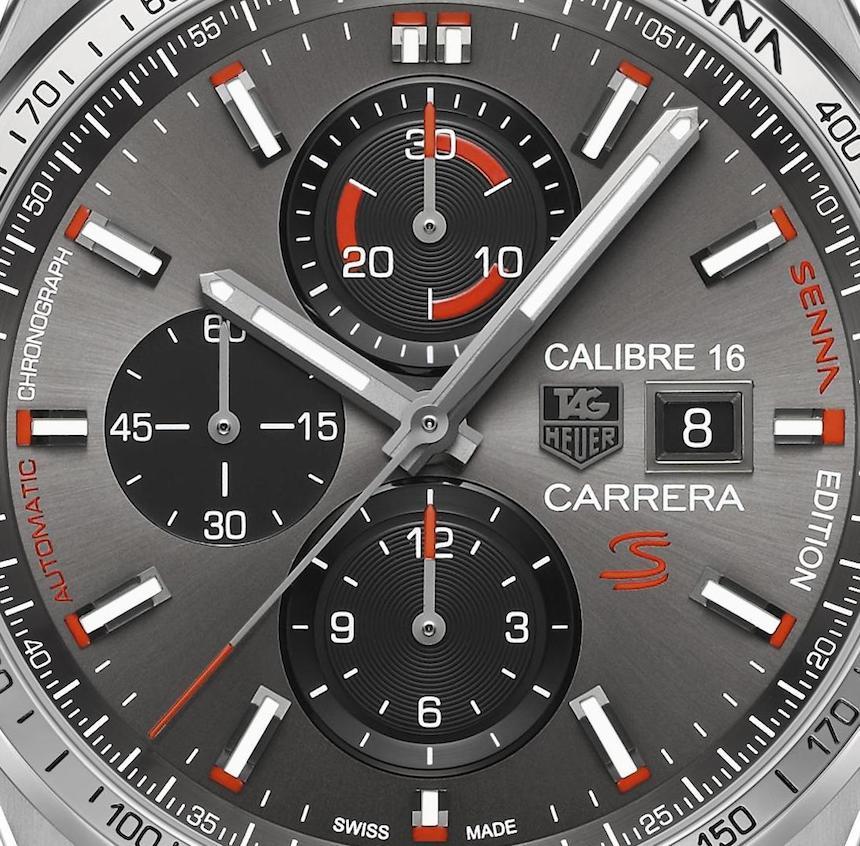 The dial of the TAG Heuer Carrera Senna Edition combines elements of the new Carrera models, while the 44mm wide case appears to be a melding of Carrera and link elements. Link models are known for their brushed cases and bracelets – which is what you see here – and that is something distinct from most Carrera models. Like I said, the TAG Heuer Carrera Senna Edition timepieces are very much “hybrid” watches between these two model families. The steel model has the same dial color palette as the gray and red TAG Heuer Formula 1 Senna, and while it hasn’t been announced yet, I feel as though the titanium version will have a black and yellow dial theme. Prices for the TAG Heuer Formula 1 Chronograph Senna Edition watches are $1,750, the Carrera Calibre 16 Chronograph in steel is $4,150 and in black titanium on the rubber strap it is $4,600. tagheuer.com