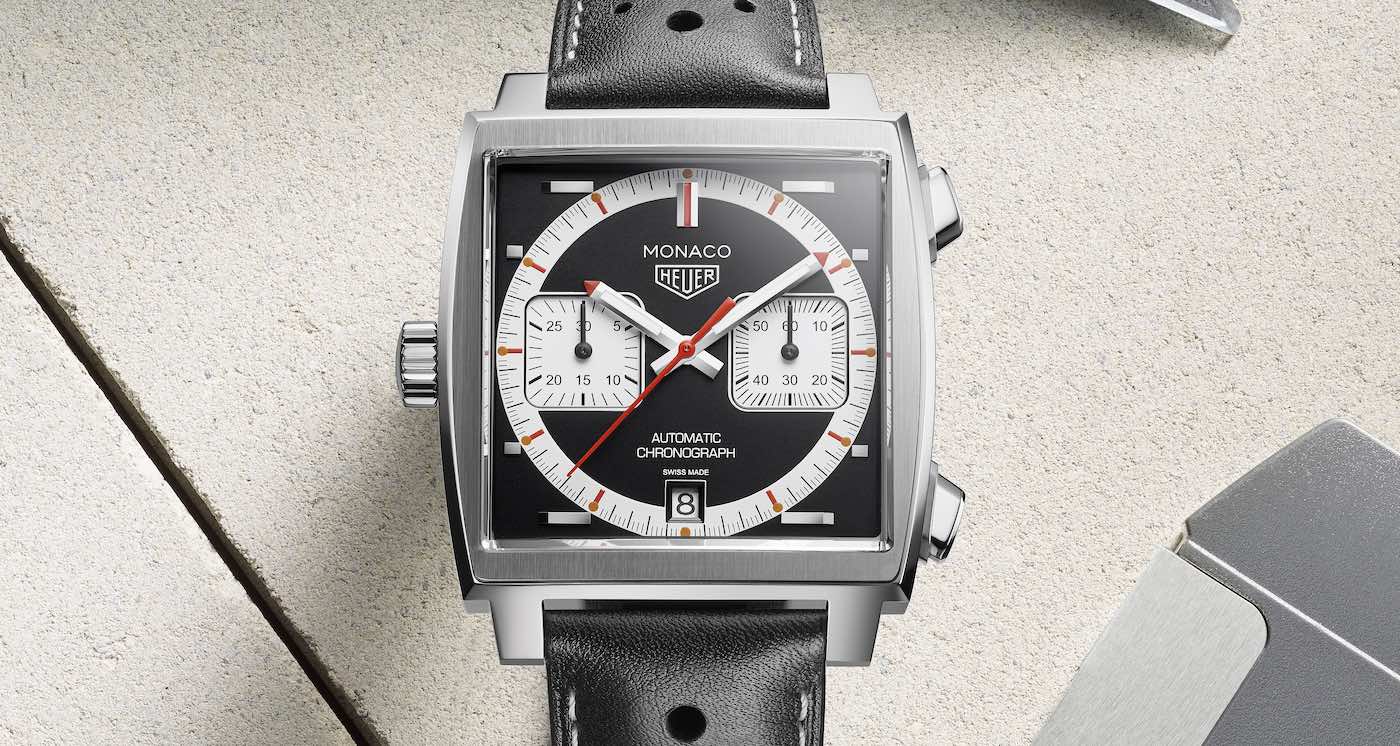 We’re now four pieces deep into TAG Heuer‘s anniversary run of limited editions celebrating the seminal release of the Monaco model in 1969. One of the most enjoyable parts of this ongoing series has been finding out which buzz words have been chosen to summarize a decade (now well into those I remember, personally). Apparently, the “naughties” (2000-2009) were “sleek.” I was there, as I guess most of our readers were (shout out to the young guns who weren’t). I can personally vouch that, while few of my fashion choices and none of my hairstyles between the years 2000 and 2009 were particularly sleek, it isn’t the most ridiculous way to describe a time that really saw the digital age ushered in and futurism embraced. It’s fitting, then, that the TAG Heuer Monaco Limited Edition 1999-2009 should be released in Tokyo, one of the world’s shining centers of digital advancement. 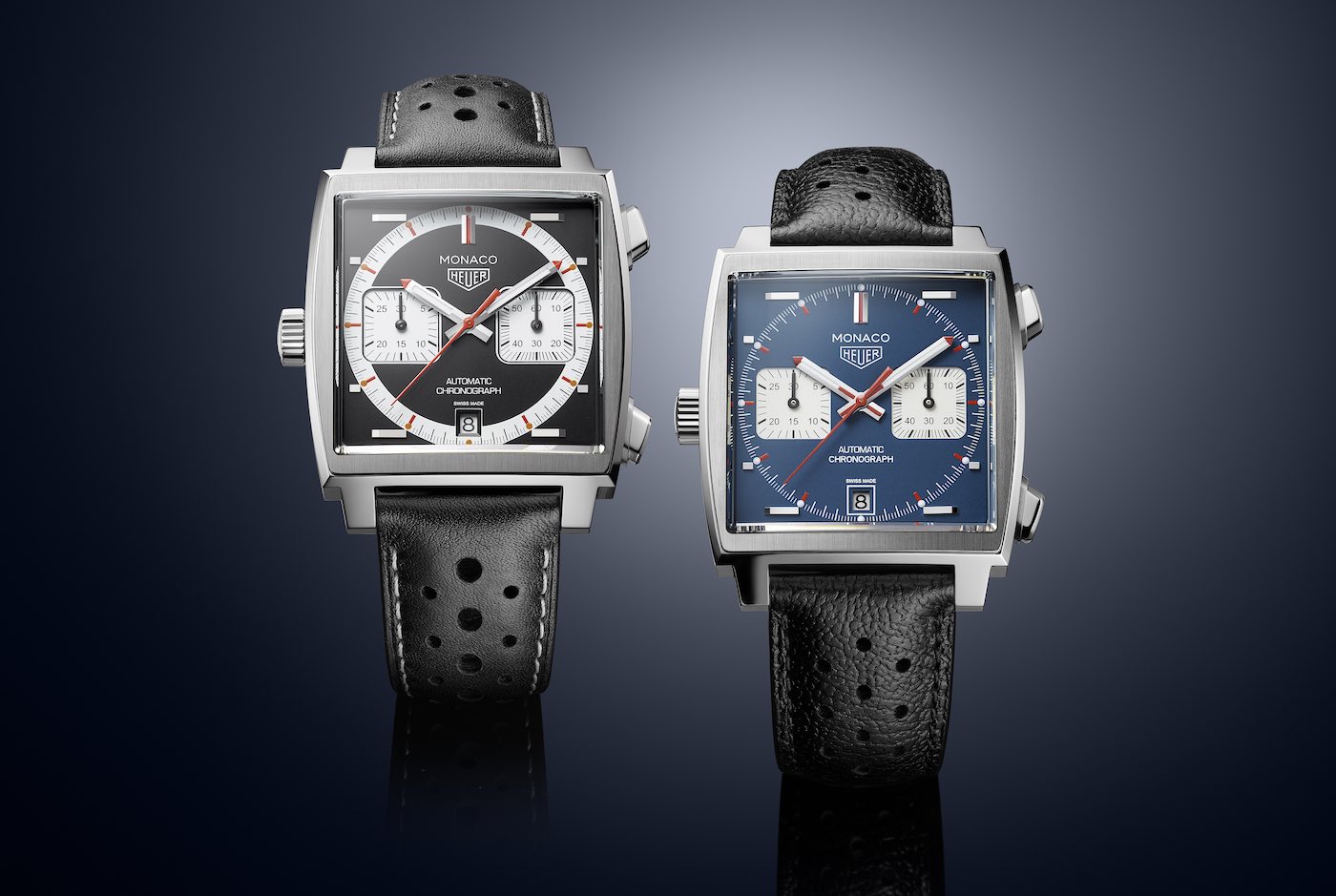 This piece follows on from the 1970s model released in May, the 1980s special that dropped in June, and the 1990s iteration (my favorite before this one) that hit the market in July. Cruelly, TAG Heuer has made us wait until late September for the fourth of five (prompting speculation as to just how late in the year the fifth and final model celebrating 2010-2019 will be released). TAG Heuer Heritage Director Catherine Eberlé-Devaux oversaw the release of this piece in Tokyo on the 24th of September, hosting a no-holds-barred event in the Gallery of Horyuji Treasures at the Tokyo National Museum in Japan. 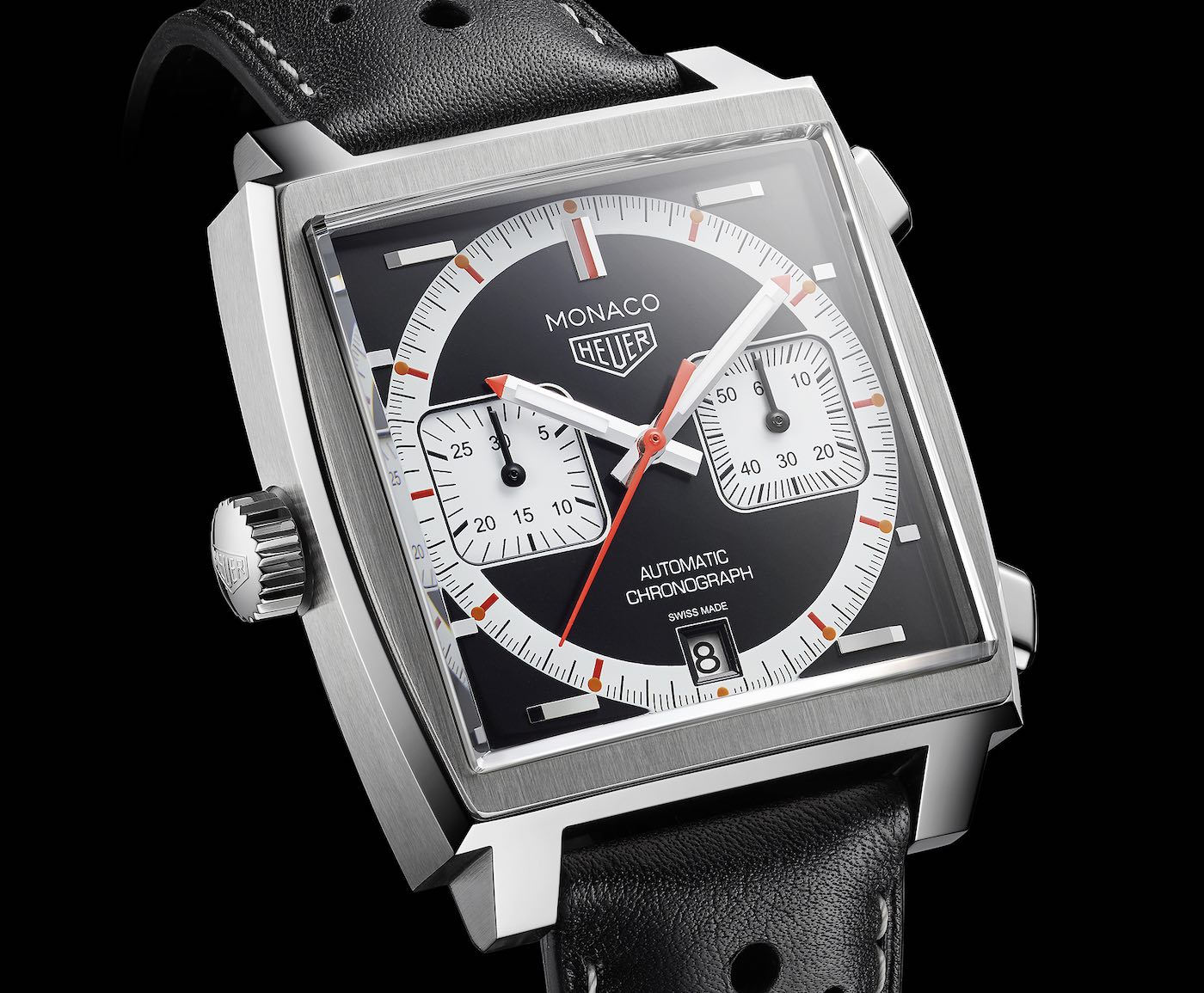 The museum was chosen for its daring contemporary design, combining beauty and functionality, which TAG Heuer deemed as fittingly congruous for the unveiling of its latest limited Monaco. One of the best things about this event was that the background music was reputedly a “sleek” playlist of early-century jams. I did not attend the event, but had I made it down to Tokyo, I’m sure the seductive tones of Rachel Stevens and S Club 7 would have compelled me to reach for my wallet. (I’m not even sure if I’m joking — I’m a sucker for nostalgia.) 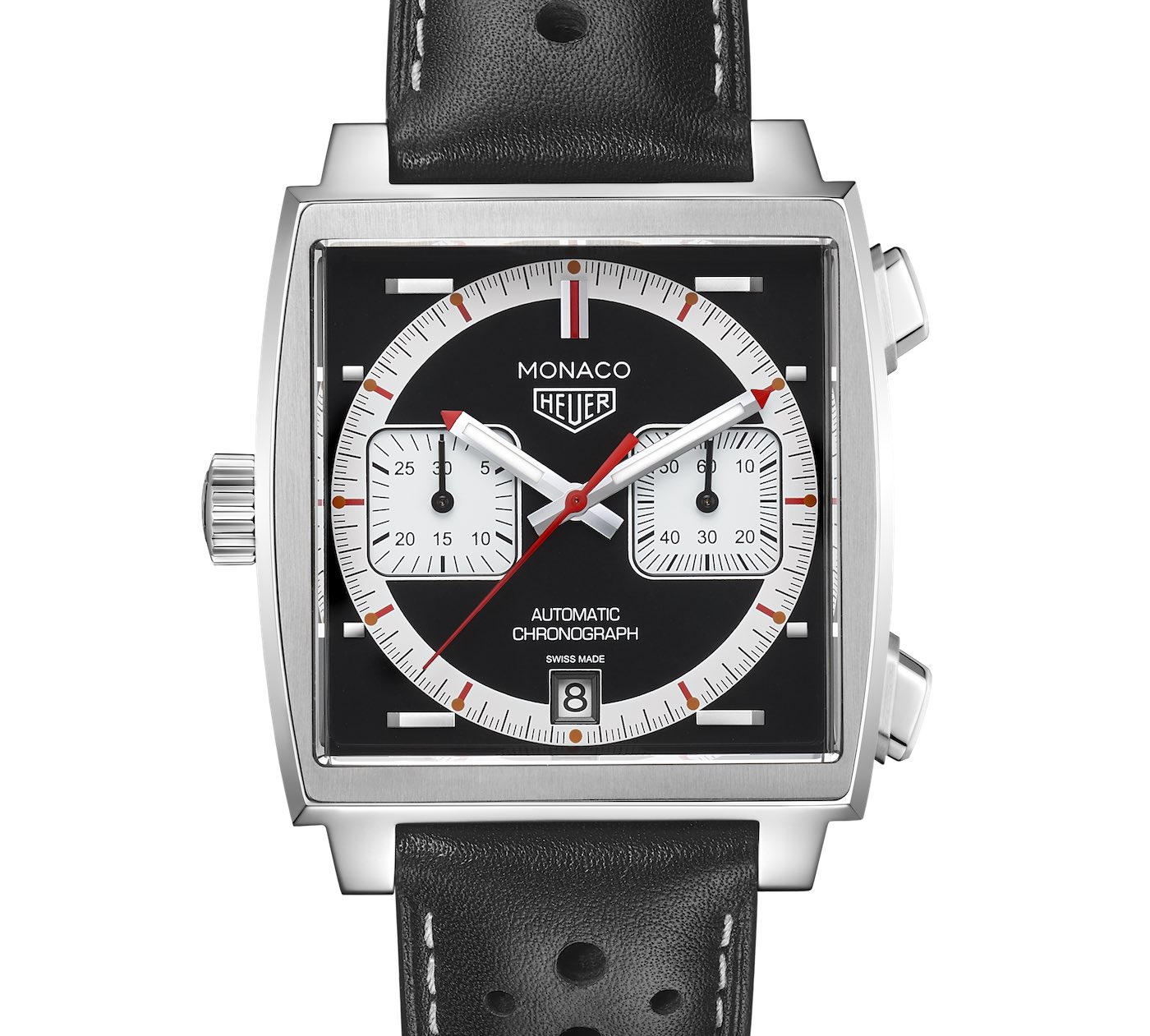 However, the truth is that this release has hopped to the top of the TAG Heuer Limited list for me. I think these releases have improved with each drop (the concrete-inspired dial of the previous version impressed me very much). What I like about this handsome version is that it doesn’t go too crazy. It does, in my opinion, exactly what a limited edition should do: offer the customer something completely on-brand, eternally wearable, and let the only unusual thing about it be the fact it is limited. The mostly black, white, and red dial is a classic sporty colorway that hands center stage to the watch case’s iconic silhouette, that 39mm-wide waterproof square. 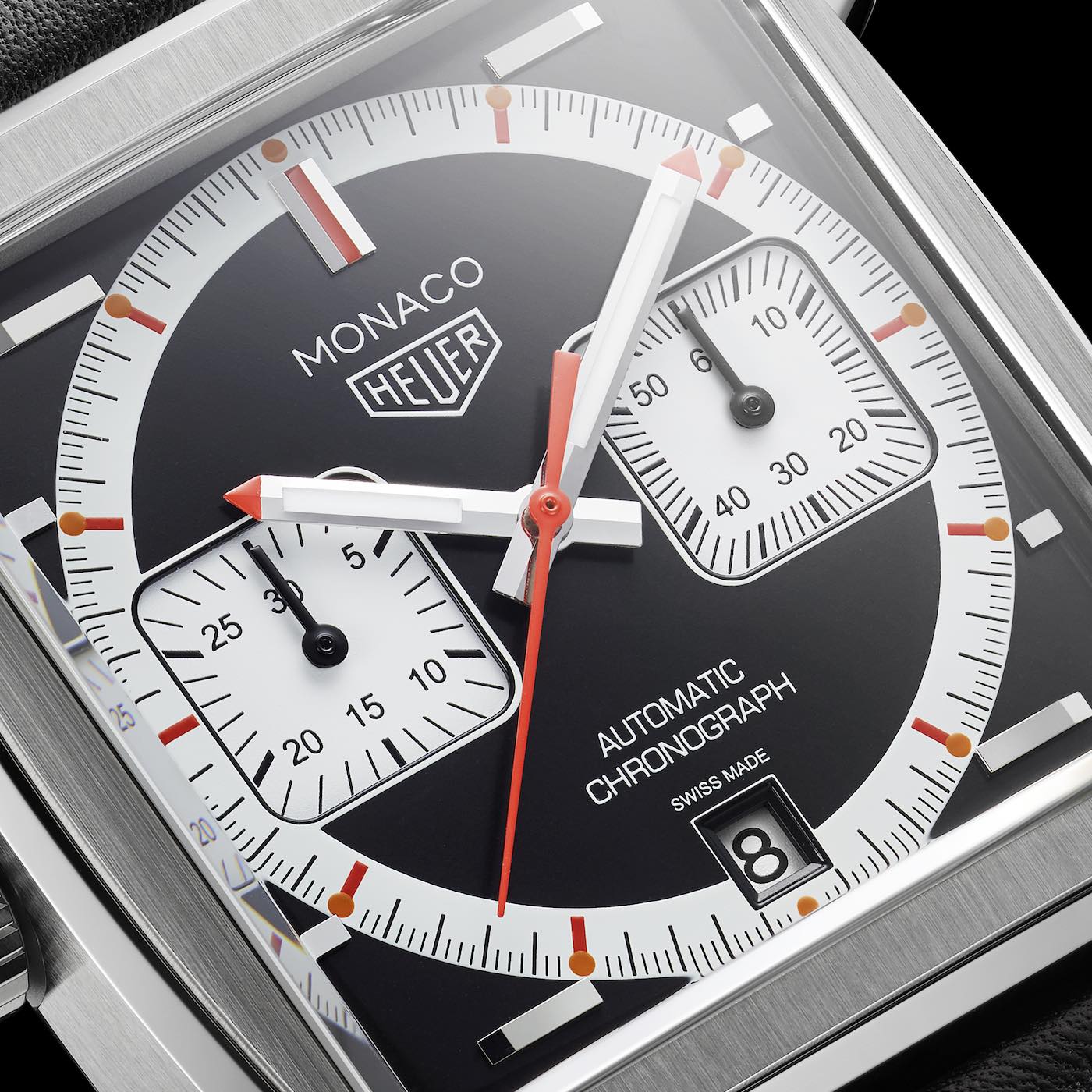 One of the nicest (though potentially most divisive) touches here is the use of orange hour dots, just kissing the tip of the red hour markers. Red and orange aren’t too often seen together (unless you follow the Tampa Bay Buccaneers), but the combination can occasionally bring a design to life, as it does here. What’s clever about this subtle use of color is that its effect is noticed before the color itself. Pairing these two colors on the dial is a nod to the “daring” decade that opened the current millennium. 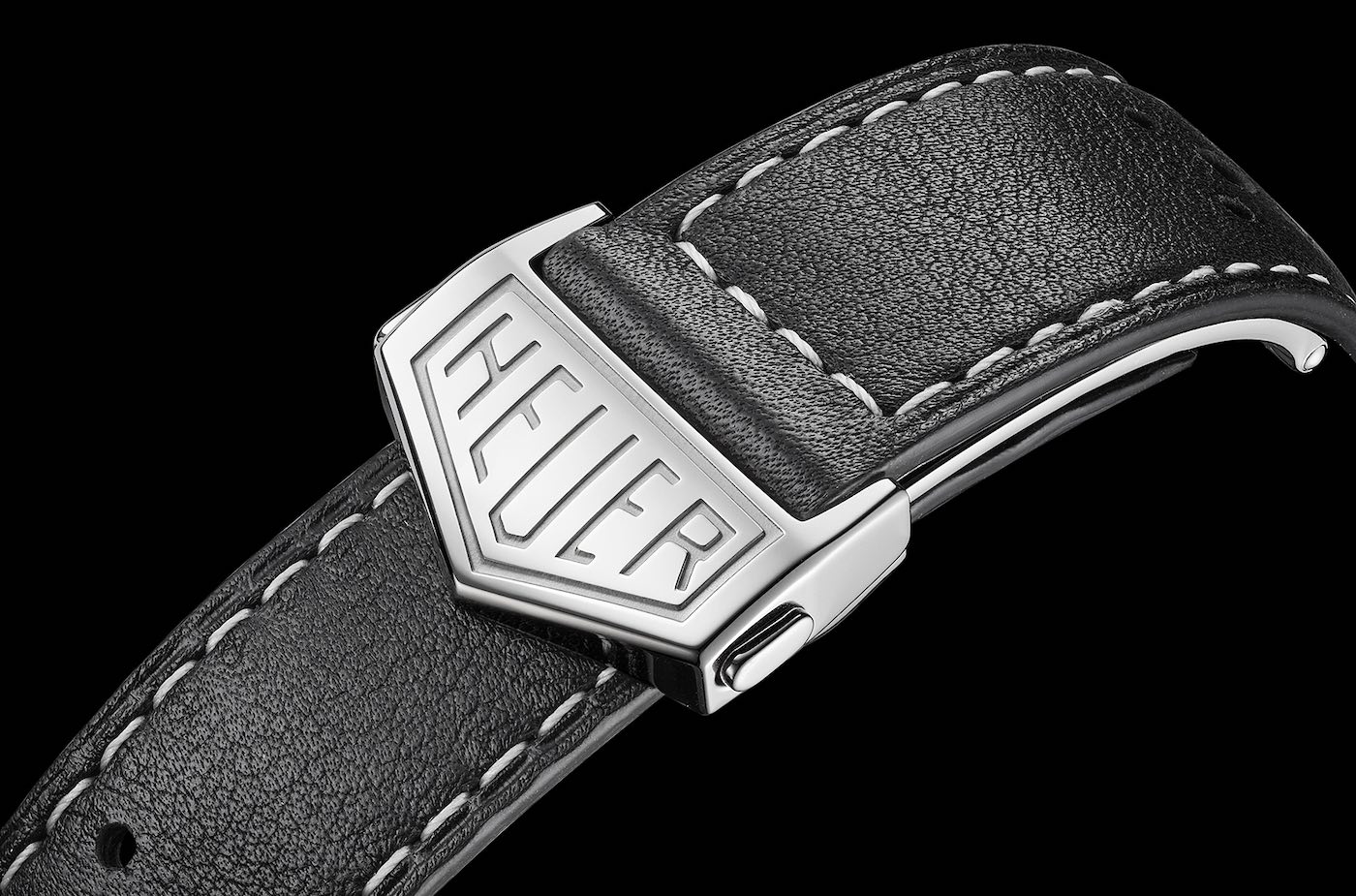 Powered by a Caliber 11, which is hidden behind a closed caseback, this model emphasizes the watch’s recognizable exterior rather than its equally impressive interior. The modern caliber 11 is a refined update of the model that made waves upon release more than half a century ago. This version has a 30mm diameter, 59 jewels, an operating frequency of 28,800vph, and a 40-hour power reserve.

The watch shows the time via the centrally mounted hour and minute hands, and a seconds sub-dial at 3 o’clock. The chronograph function can record time on demand using a central seconds hand and a 30-minute register at 9 o’clock. The date straddles the border between the black base of the dial and the white minute ring that boundaries the soft-square sub-dials. 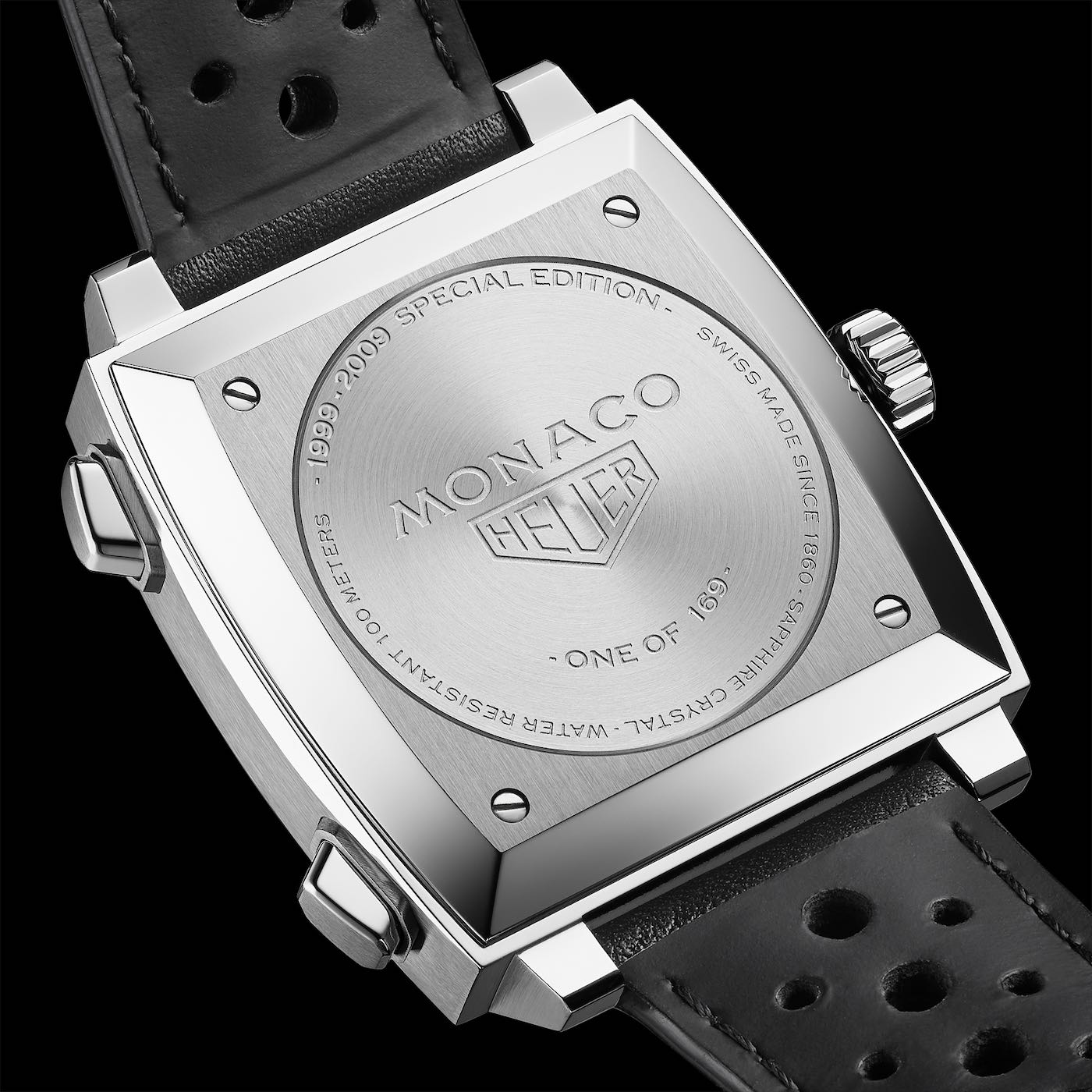 The caseback of the TAG Heuer Monaco Limited Edition 2000-2009 (reference CAW211Y.FC6469) is engraved with the Monaco Heuer logo, “1999-2009 Special Edition” and “One of 169.” The exceptionally small run size of these limiteds versus TAG Heuer’s enormous international following makes them highly desirable. Add to that a neat box, which matches the colors of the watch and the decade it represents. Learn more about the brand and the legendary Monaco watch at tagheuer.com.