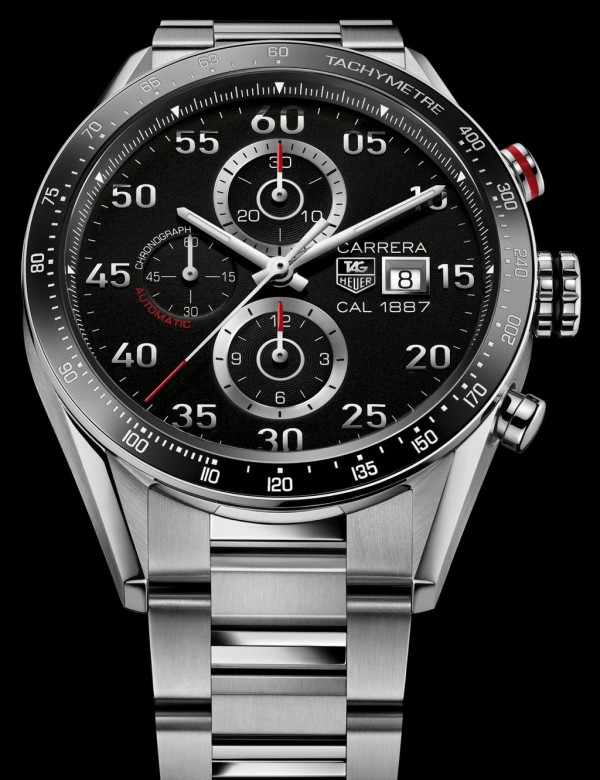 Now, we have already established that 2013 is the 50th anniversary of the TAG Heuer Carrera watch collection. To start, TAG Heuer has sprinkled out a few “concept” pieces such as the Carrera CMC Concept Chronograph watch and another bull-head style Carrera with the Jack Heuer version. These, while cool, are clearly niche models meant for limited audiences. We wonder if TAG Heuer has plans for the normal Carrera collection that are on the wrists of so many people. And by plans, I mean a redesign or refresh of the collection.

One thing we know is that more and more TAG Heuer Carrera models will contain TAG Heuer’s caliber 1887 movement which is produced in-house. Like all other non-Swatch Group brands, TAG Heuer cannot get as many ETA or even Sellita movements as they used to. This means that the Calibre 16 movement in most older Carrera Chronograph models will become harder to get as the Calibre 16 is more or less the ETA Valjoux 7750. The watch you see before you is pretty much an example of what I am referring to. The core design of this Carrera model is not new (above model is the ref.CAR2A10.BA0799). We have seen it, for example here (see article). So what is new are some materials as well as use of the Calibre 1887 movement. 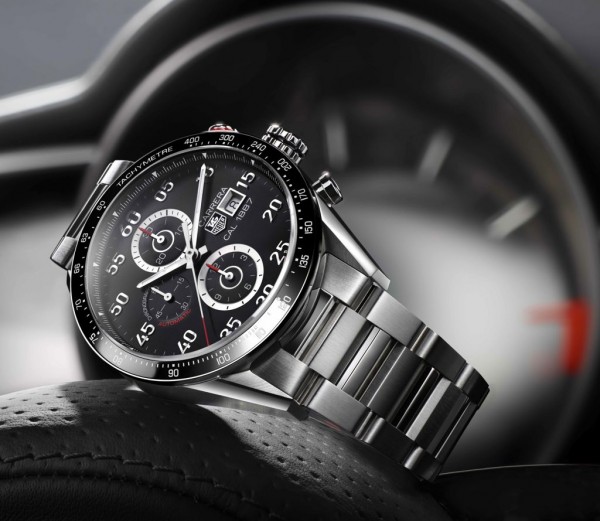 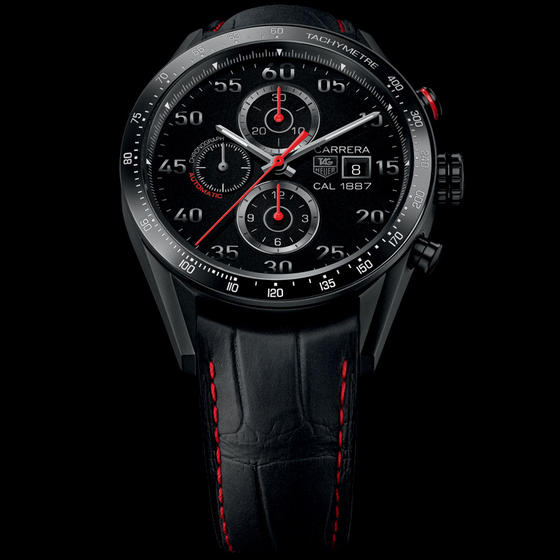 It used to be that the 1887 equipped Carrera models were 43mm wide and the standard Carrera models were 41mm wide. But then last year TAG Heuer released 41mm wide versions of the Carrera with the 1887 movement. Now TAG Heuer seems to be replacing existing Carrera designs with versions that have the 1887 in them. The combination of TAG Heuer wanting to promote “in-house made” and the lack of 7750 movements available, we think it is safe to say that most of your Carrera Chronograph models in the future will have an 1887 in them. Aside from not including a day of the week function, the Calibre 1887 is a pretty good movement that isn’t necessarily inherently better than the 7750, but is a pretty darn nice chronograph caliber. 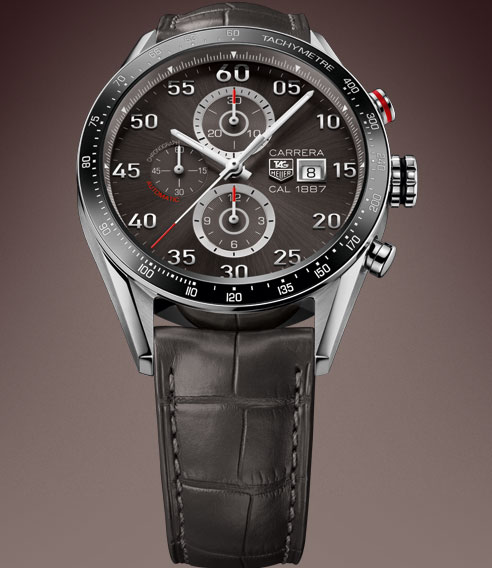 While a brand new Carrera for the 50th anniversary of the collection would be nice, the chances of that happening are slim. Why? Well because it would be silly for TAG Heuer to mess with a good thing. What they will likely do is continue to tweak the core product and make improvements. More hints lay here in this new collection. First of all the Carrera finally gets a ceramic bezel insert. Pretty much no one wants an aluminum bezel insert anymore when ceramic inserts have all the advanTAGes – namely in resisting scratches. People also tend to like their sheen and polish. Though matter finished ceramic is available. The new ceramic bezel is certainly a welcome improvement.

Another new feature – at least in this model – is the bracelet. In fact this new (well, borrowed from the Grand Carrera collection) bracelet doesn’t look at all like the “normal” Carrera bracelet with its mix of brushed and thin polished links. Is it better? That is a matter of taste. I feel that a lot of people are going to miss the look of the more traditional Carrera bracelet if TAG Heuer sticks with this one on all Carrera models. It is possible that TAG Heuer may come out with an updated or higher quality version of the outgoing bracelet – but they just haven’t yet. 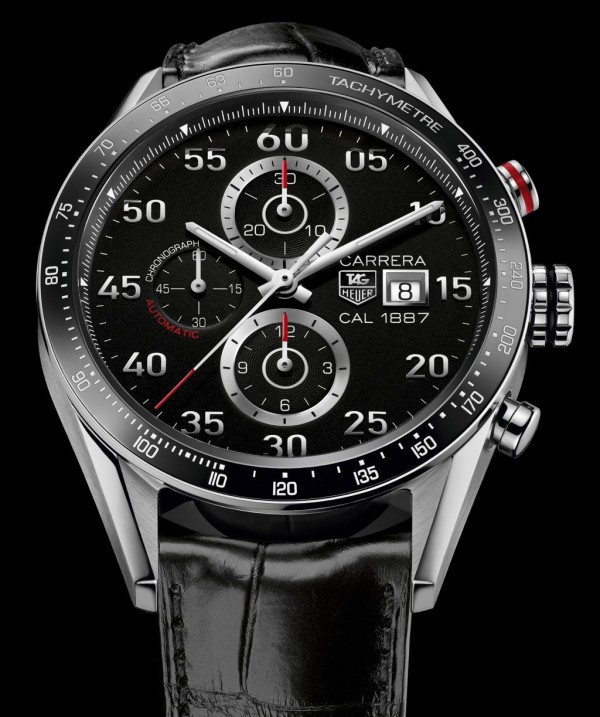 Unfortunately the price of Carrera Chronograph watches is also going to increase on average. The first Calibre 1887 based Carrera models were noticeably more expensive than ones with the Calibre 16 movement. It seems that now there is anywhere from a $500 to over $1,000 premium for Calibre 1887 movements over the 16 movements. I think the message is that Carrera models are going to be that much more expensive moving forward. In fact, it doesn’t seem to make much sense for TAG Heuer to have a dual line of Carrera Chronograph watches with the two competing movements. So I think it is clear where all this is going.

We are still hopeful that at the 2013 Baselworld watch fair in April we will see some distinctly new Carrera models. That of course would be the time to show them. Let’s wait and see. tagheuer.com