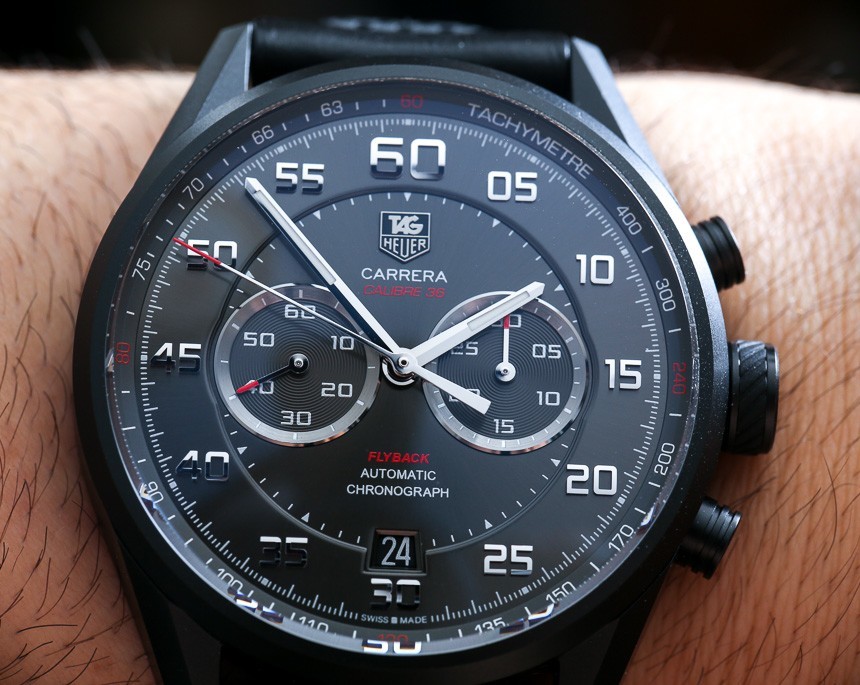 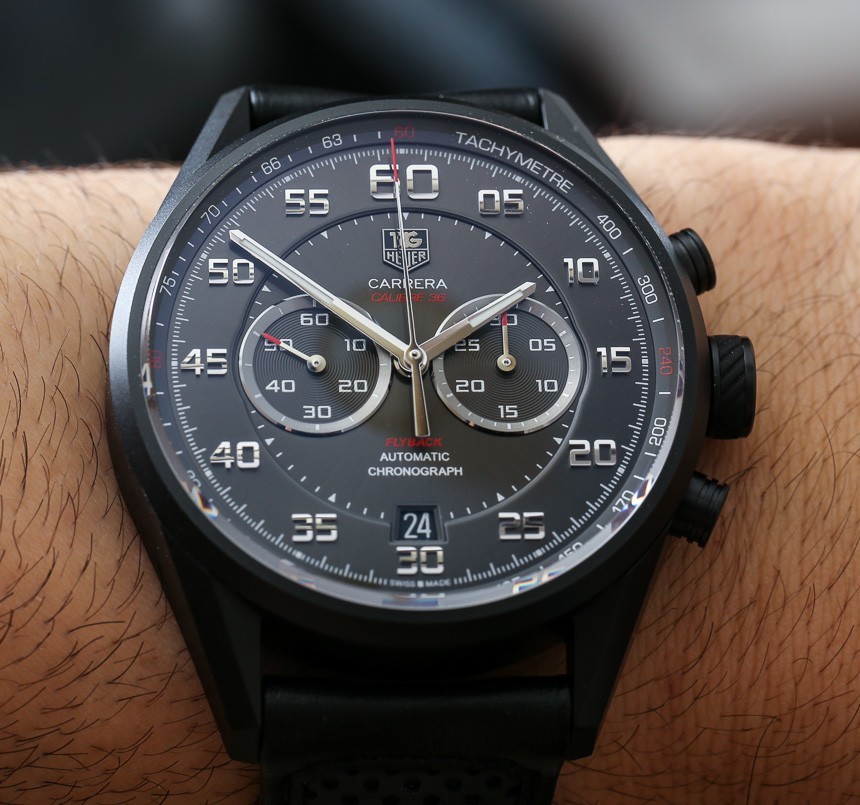 Since the early 1960s, the Carrera has been a staple watch model of Heuer and later TAG Heuer. Developed as a lifestyle racing watch, the Carrera remains one of the most important timepiece families of the 20th century in regard to its importance as a collectible and how it has influenced timepiece design for over 50 years. Today, I am going to look at a rather unique version of the Carrera that certainly sits toward the higher-end of the collection. This is the TAG Heuer Carrera Calibre 36 Racing watch, and this article is actually the third piece we’ve done on it.

The Carrera Calibre 36 Racing was originally introduced at Baselword 2013. It was released as part of a collection of Calibre 36 movement-equipped watches and the “Racing” part of the name was an indication of its unique color theme, strap, and titanium case construction. I just noticed something interesting actually. If you click on that above link you’ll see that between the design and production phase, TAG Heuer realized that the hands were too short. The piece I am reviewing has the correct size hands, but early pictures of the watch had it with hands that were too short. Yet again I fail to understand why designers continue to produce watches with hands that are too short. Thankfully brands such as TAG Heuer are able to catch this before production, but many are not. 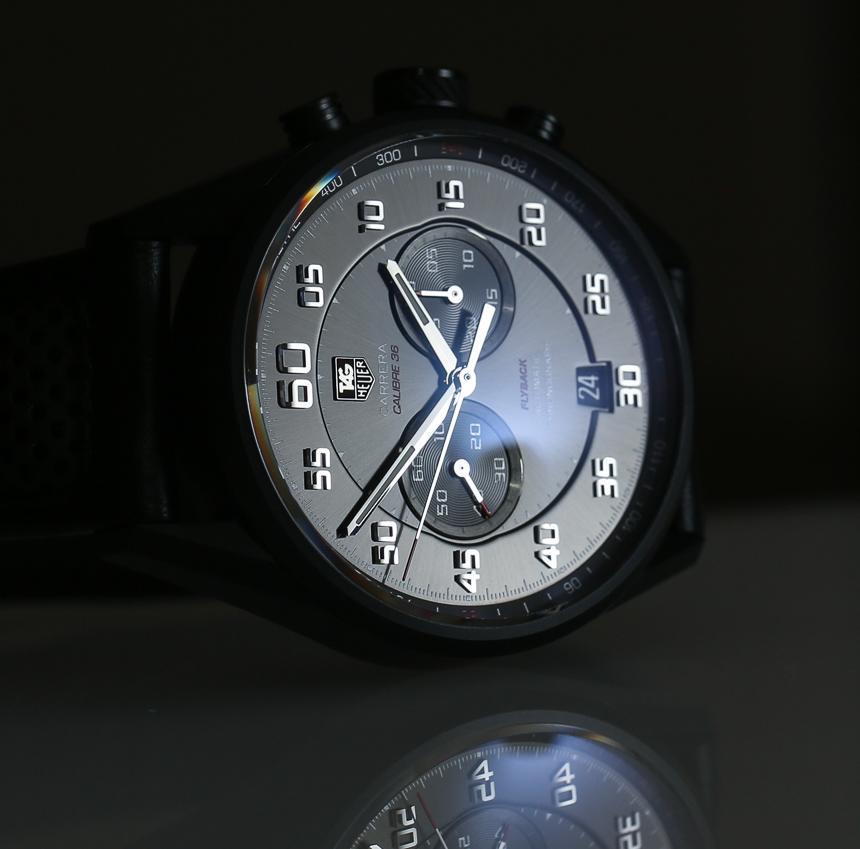 Aside from the titanium case, what makes the Calibre 36 Racing watch different from most other Carrera watches is the movement. Over the last few years TAG Heuer has been steadily pushing the Carrera upmarket. That means the collection as a whole has been increasing in average price. What has also come with that trend has been an incredibly diversity of movements available in the Carrera body. In fact, as of 2014, I can think of at least five different chronograph movements available in the Carrera, and those include movements both produced in-house by TAG Heuer (such as the Calibre 1887 and 1969), as well as those sourced outside the company.

The Calibre 36 is not produced by TAG Heuer proper, but comes from the larger LVMH group that owns TAG Heuer. In fact, Calibre 36 is just another name for “El Primero.” Produced by Zenith an used in timepiece produced by both Zenith and sister companies, the El Primero is a modern marvel of mechanical watch movement success, and has a good story to go with it. 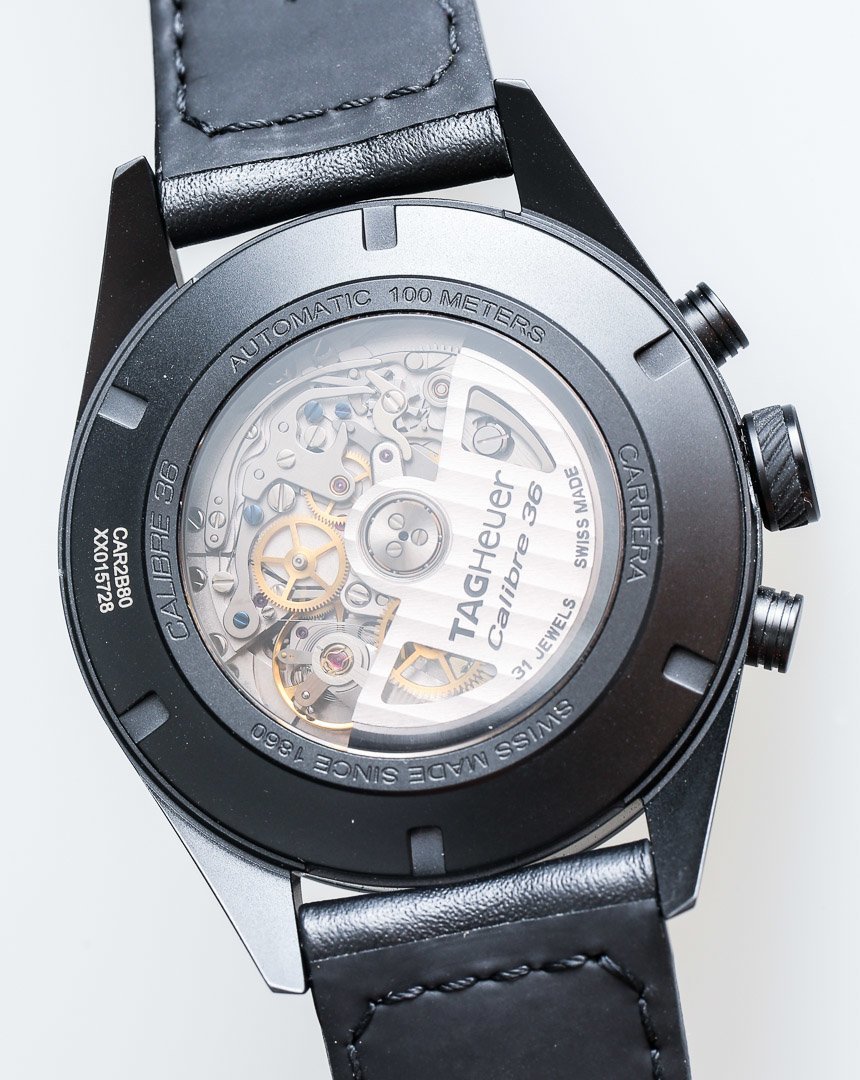 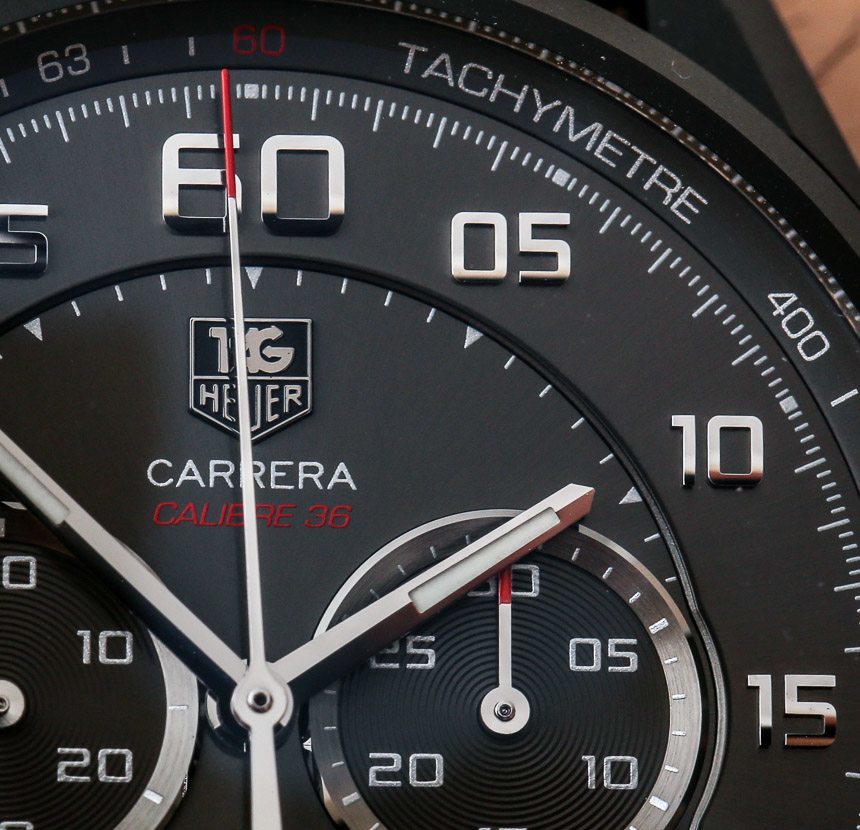 Others have told the story better than I, but the details are simple. During the quartz crisis Zenith more or less shut down for a while and was sold. The directors ordered that many of the tooling and plans for movements be destroyed at the time. This includes the tools and plans for the newly developed El Primero. It was to be a movement that “had it all,” but given the shift to quartz, from a mainstream perspective, the fully-featured El Primero was simply too late. No one at the time would have believe that a few decades later all of these highly performance-oriented movements and developments would exist inside of luxury watches.

The person ordered to destroy the El Primero plans never did so, and secretly hid everything. He later revealed what he had kept out of the “fire,” and it was good news for everyone. Later brands like Rolex would use the El Primero inside of their Daytona watches for many years (including much of the 1990s). Today the El Primero remains a staple of high-end high-performance mechanical chronograph movements. TAG Heuer and Zenith are both part of the LVMH Group, so it is natural for some movement lending to occur. So that is why you have a re-branded Zenith movement inside of a TAG Heuer Carrera. 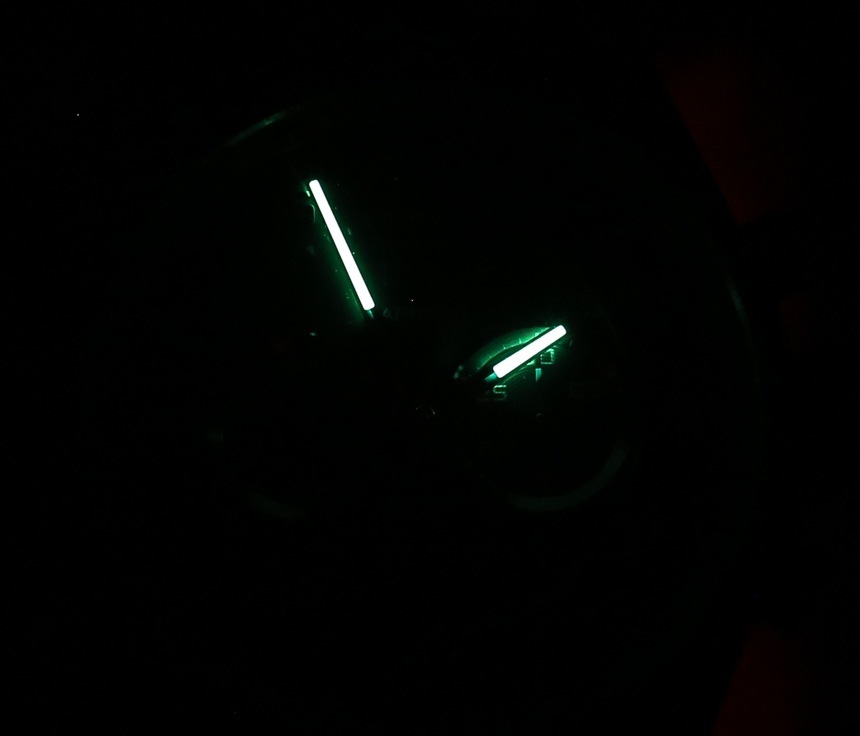