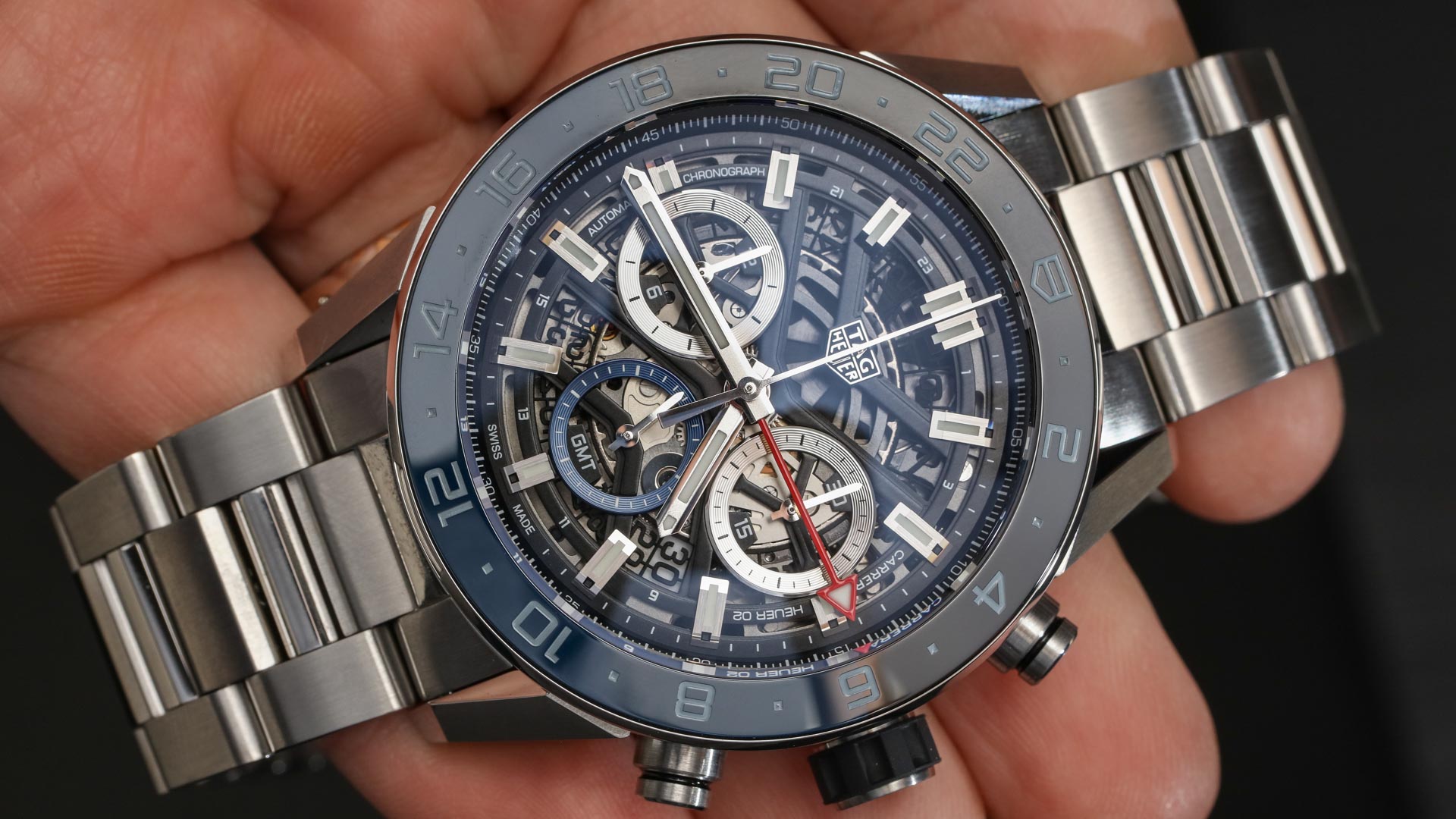 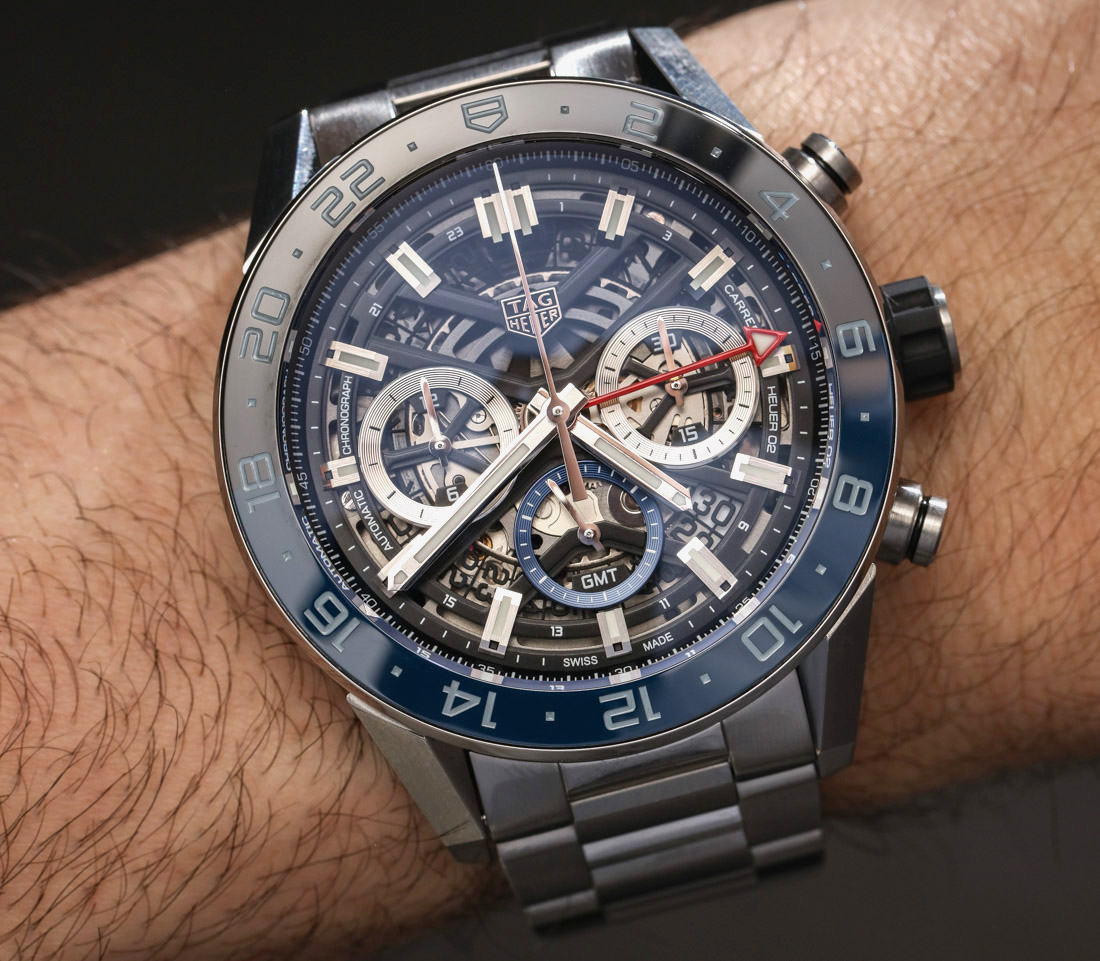 When Jack Heuer took over Heuer in 1962, the first watch that he launched was the Carrera. The Carrera was created partly to revitalize Heuer’s range of chronograph watches but also because Jack became enamored with motor racing after attending the 12 Hours of Sebring endurance race and learning about the notorious La Carrera Panamericana race. That’s where the Carrera name came from – not the Porsche 911 Carrera as some might think. More importantly, the Carrera soon became a cornerstone for Heuer and in celebration of its 55th anniversary, TAG Heuer has introduced a new Carrera model called the TAG Heuer Carrera Chronograph GMT. Let’s take a closer look at it now. 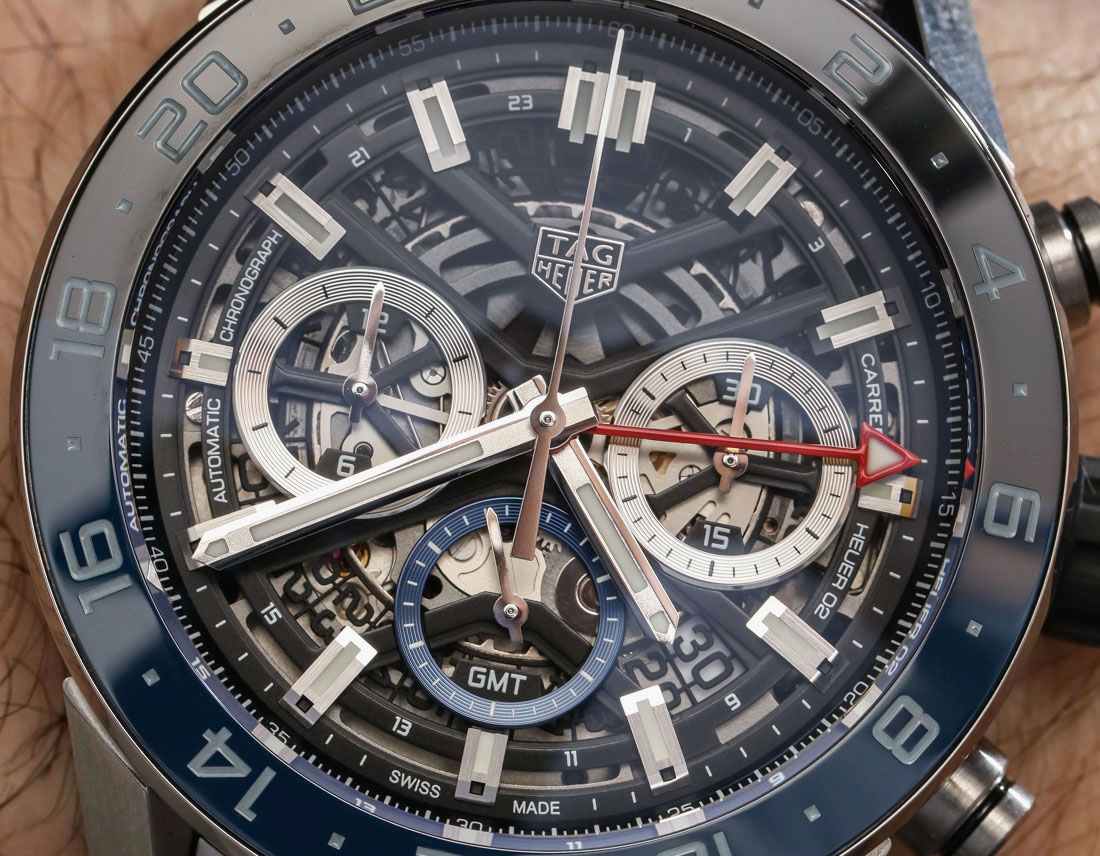 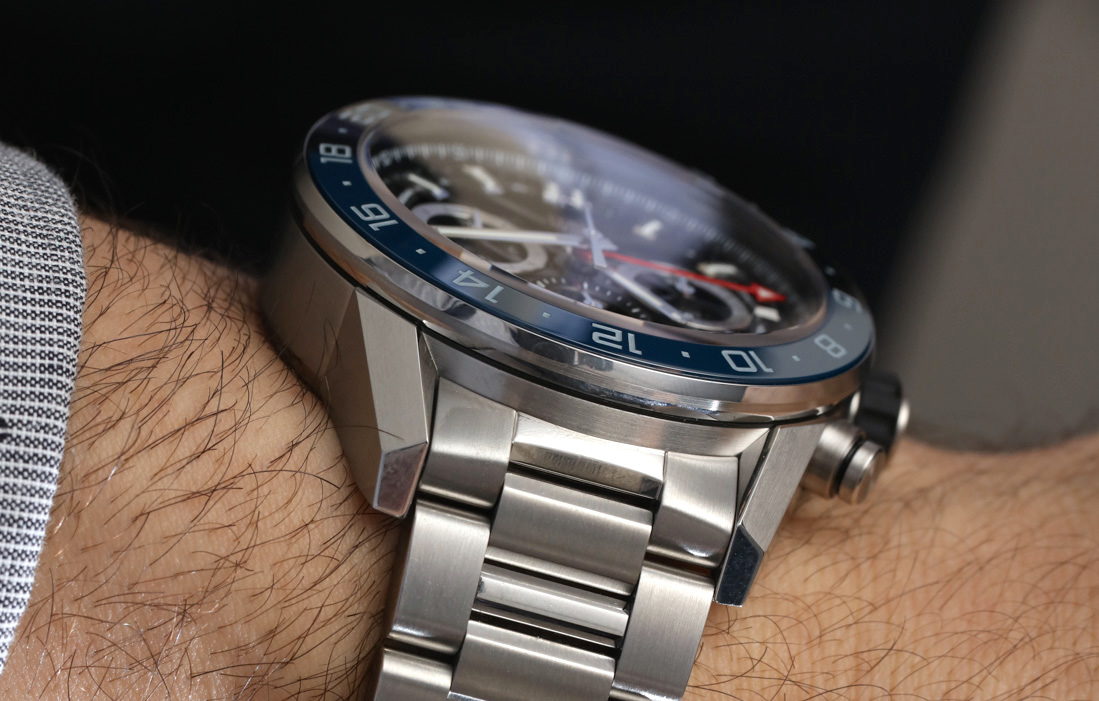 With its 45mm wide stainless steel case, there’s no getting around that the Carrera Chronograph GMT is a big watch. TAG Heuer does not disclose its thickness, but I reckon it is at least 15mm thick. Along with the muscular lugs, chunky chronograph pushers, and the fairly large and conspicuous black and blue bezel, the Carrera Chronograph GMT wears large and exudes a ton of wrist presence. Water resistance is a very adequate 100m, which is very fitting for a sports watch such as this. 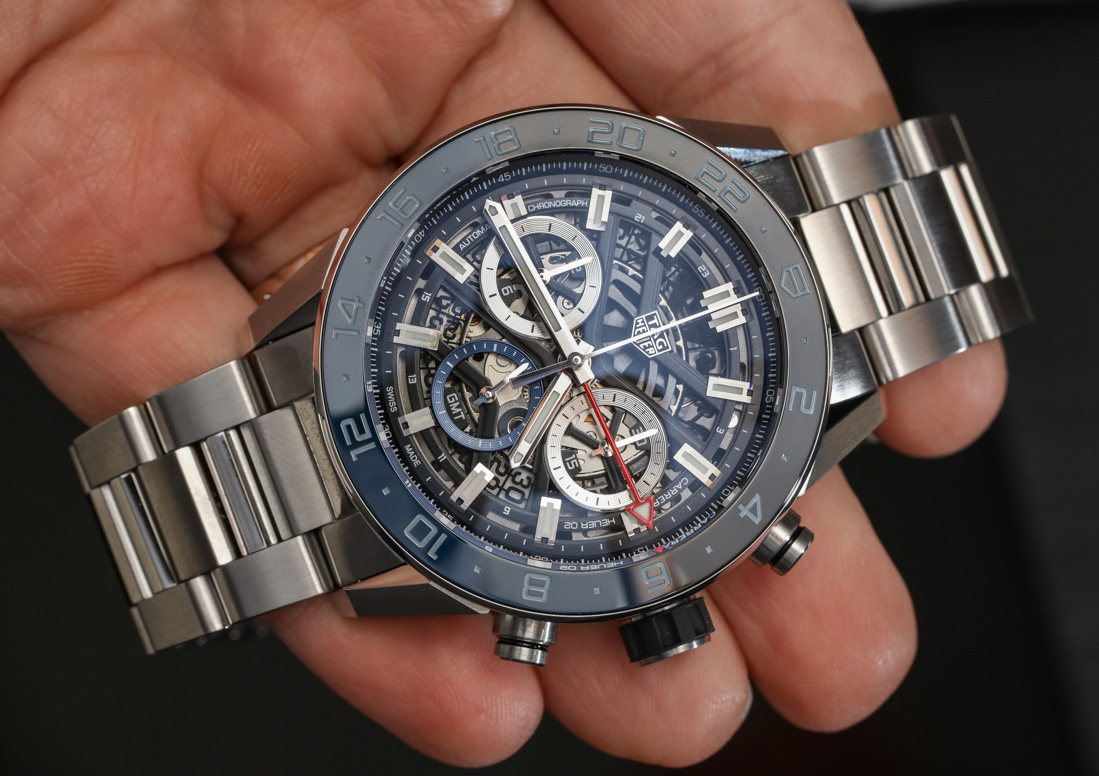 The bezel is ceramic and comes in black and blue – blue for the daytime hours and black for the nighttime hours – not unlike the Rolex GMT-Master II Reference 116710BLNR. I can see why some people, especially Heuer purists, are upset with this color choice, but if I were to be practical, I would say that it is rather attractive. That said, I do admit that a red and blue ‘Pepsi’ style bezel would make more sense since vintage Heuer Autavia GMT watches did sport red and blue GMT bezels. 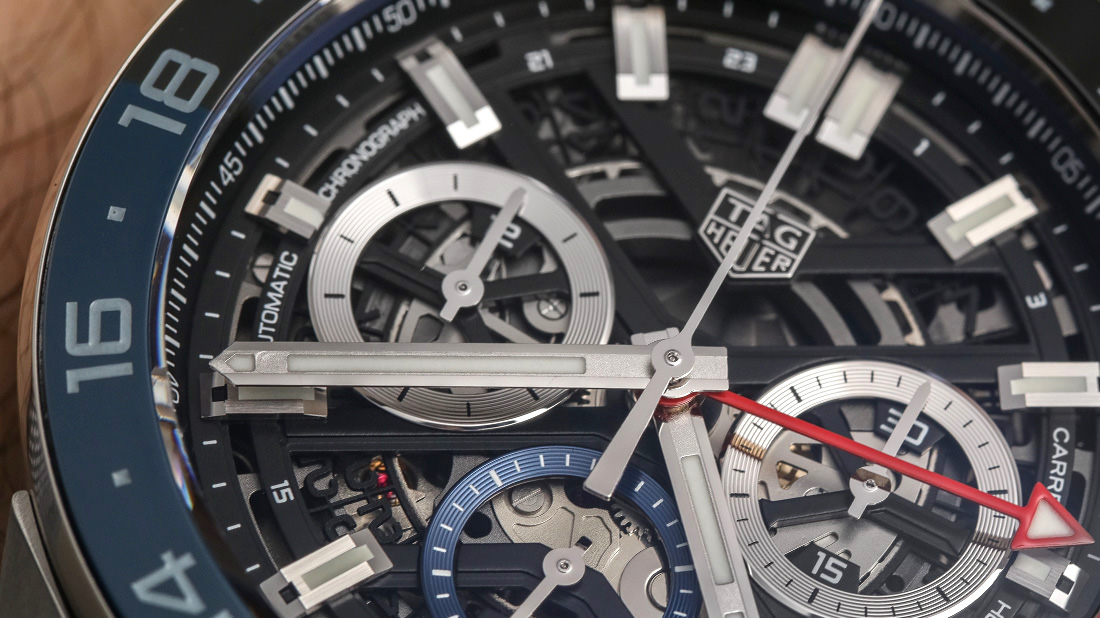 The dial is skeletonized and shows off a good deal of the Heuer 02 movement. The counters are arranged at 3-6-9, which pays homage to the original Carrera chronograph watches from the ’60s. To ensure legibility, the hour markers are rhodium-plated as are the hour, minute, and second hands. The GMT hand is in bright red. The 12-hour and 30-minute chronograph registers are positioned at 9 and 3 o’clock respectively and feature rhodium-plated hands and rhodium-plated snailed rings. The running seconds counter is at 6 o’clock and it is distinguished by its blue snailed ring. All in all, I find the dial quite easy to read and interesting to look at. 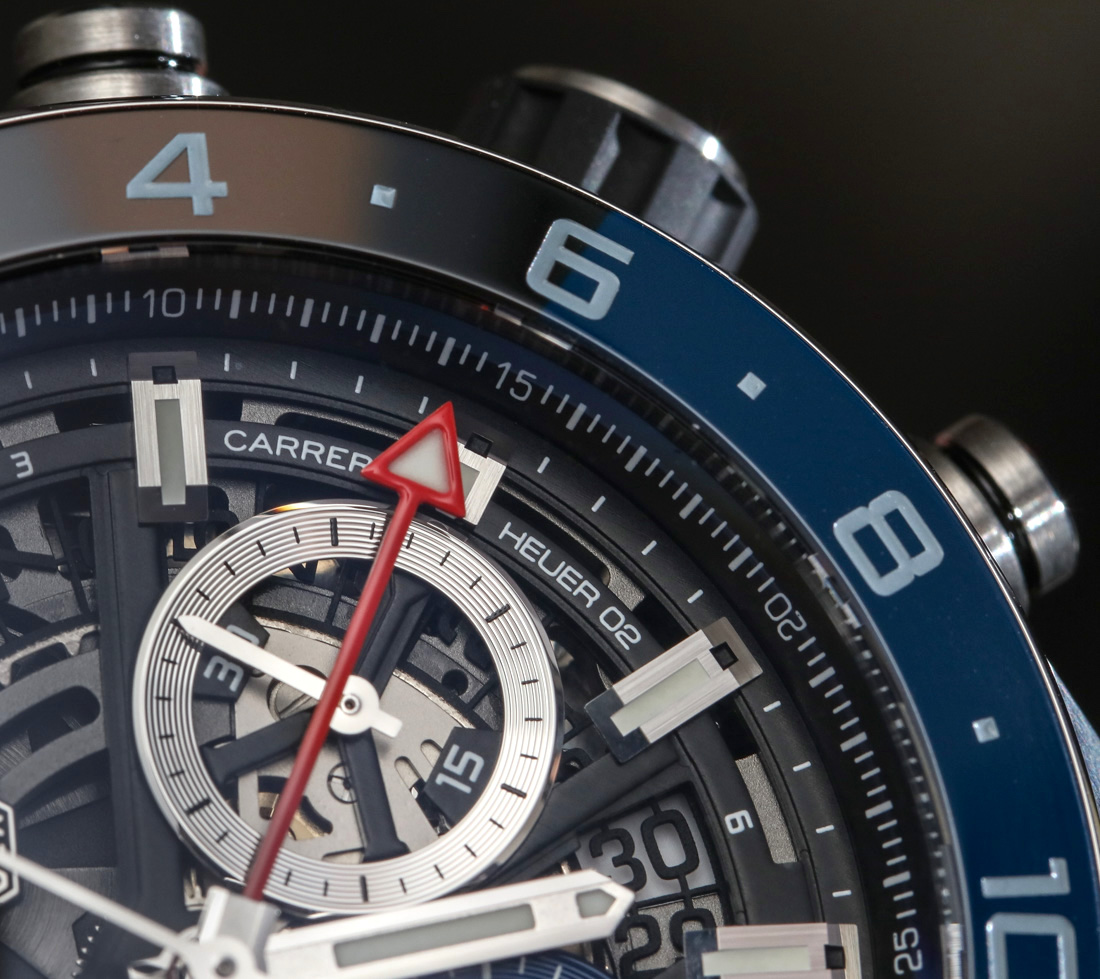 Look closely, and you will find that within the dial is a fixed 24-hour scale, along with the 24-hour bezel, this makes it easy for the owners to track up to three time zones. There’s also a pretty inconspicuous date window at 4:30, executed in the same style as the Hublot Big Bang Unico. In fact, the way the dial is executed reminds me of the Big Bang Unico – not that it is a bad thing, is it? 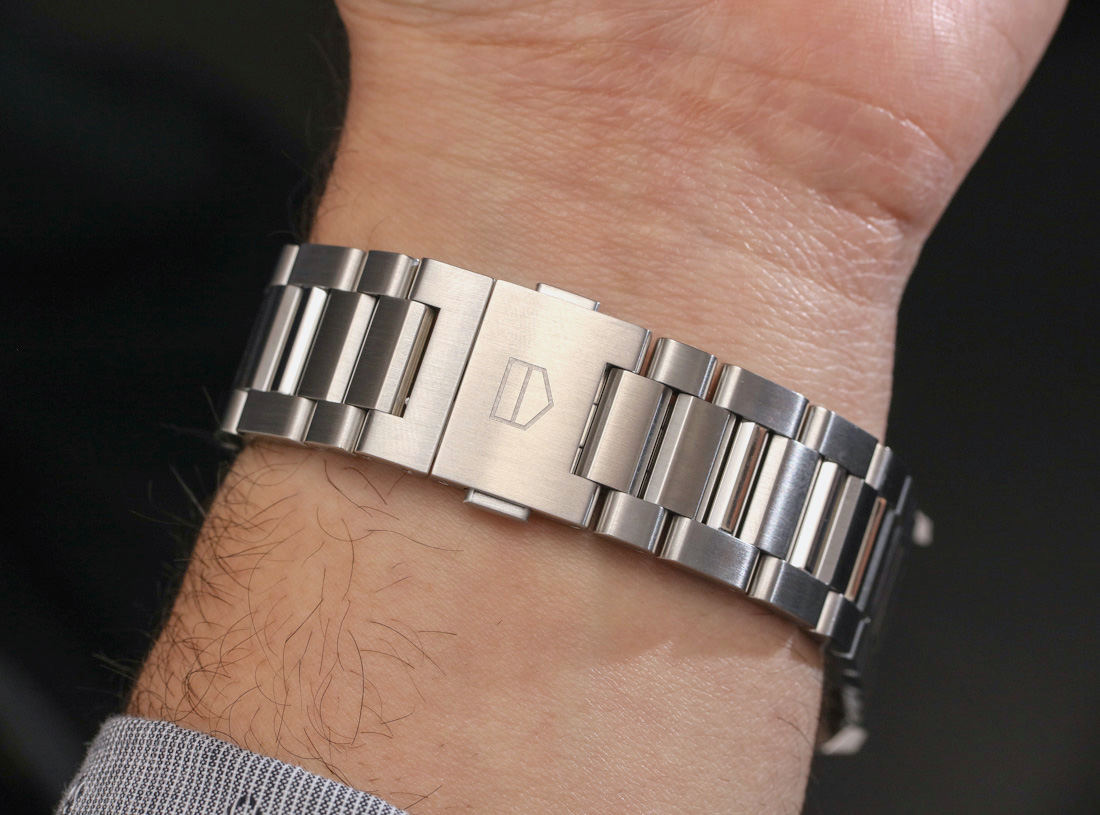 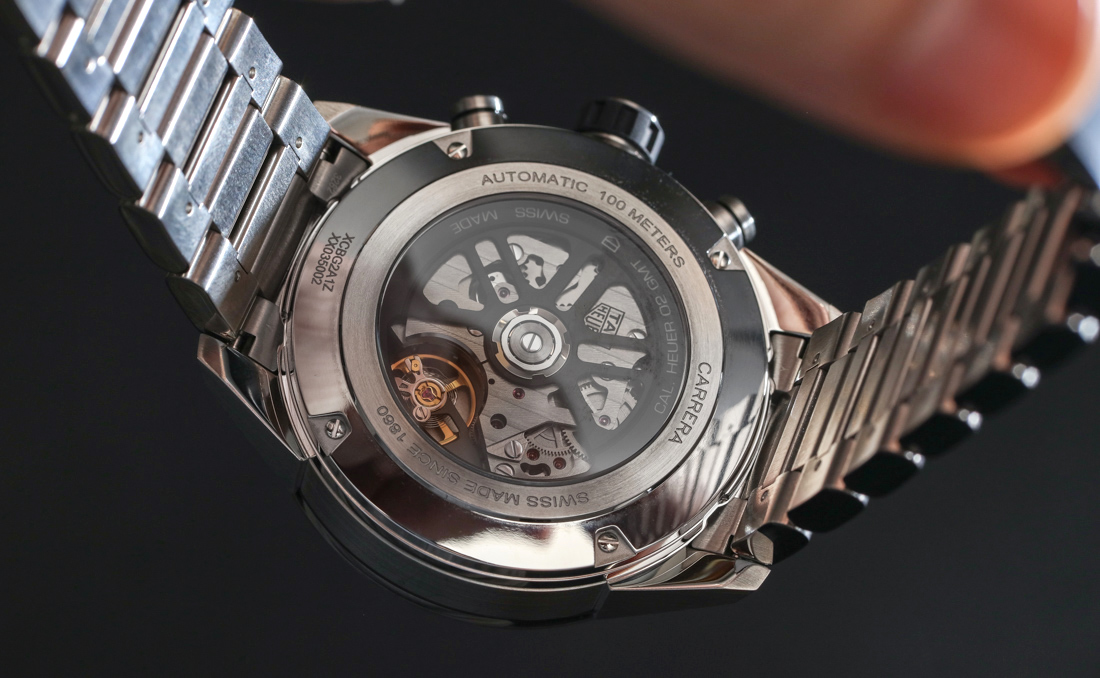 The movement within is the in-house Heuer 02, which combines a self-winding chronograph with a GMT complication. The chronograph features a vertical clutch and column wheel. The movement is visible through the sapphire display caseback and it is adequately decorated for its price. You won’t find hand-beveled bridges here, but the Heuer 02 movement does have a skeletonized rotor and large bridges finished with Côtes de Genève. The Heuer 02 beats at 4Hz and has a generous power reserve of over three days – 75 hours to be exact. 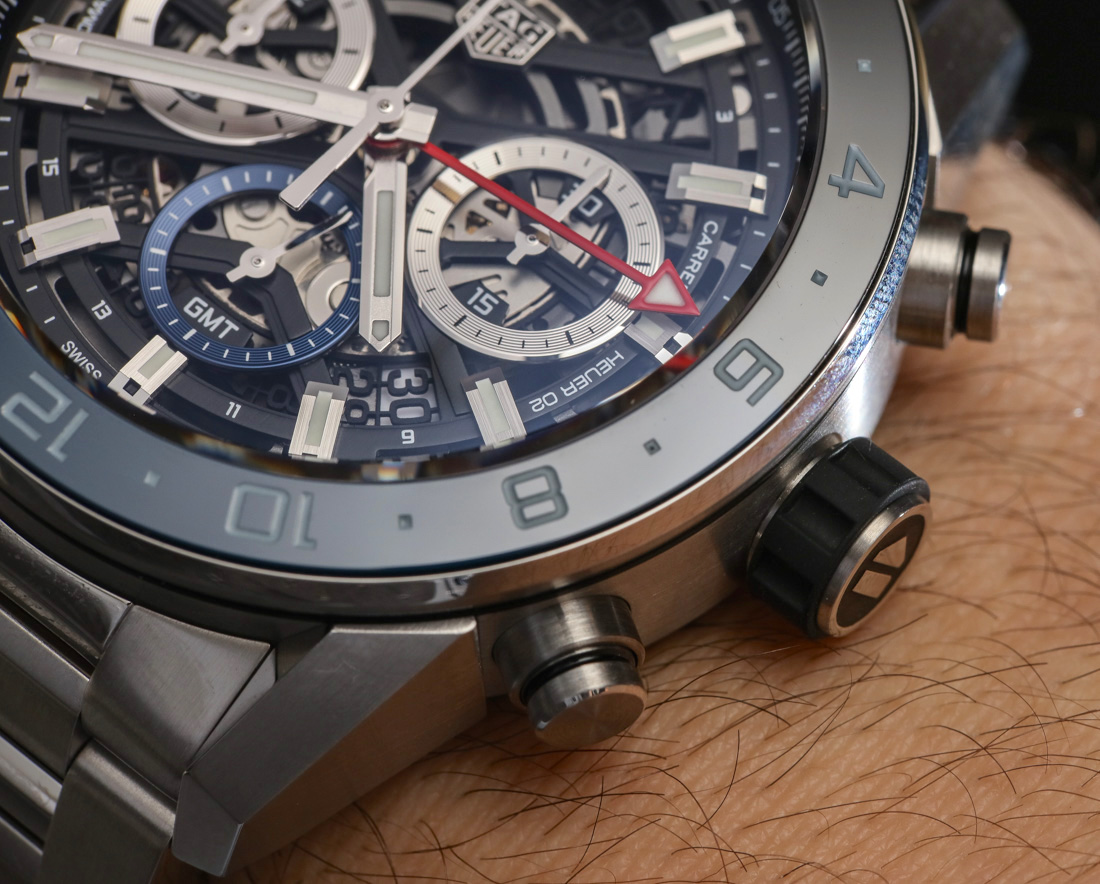