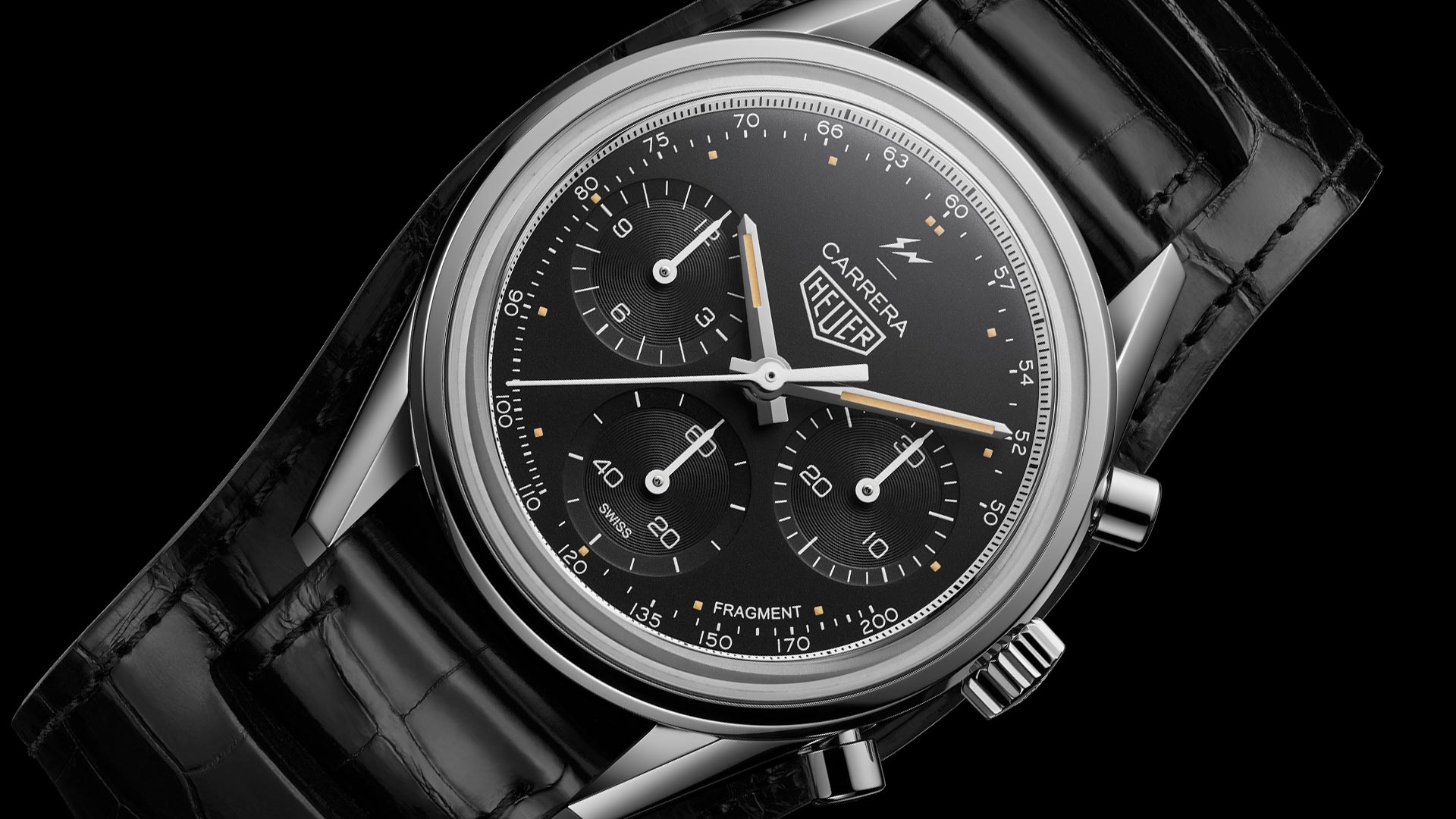 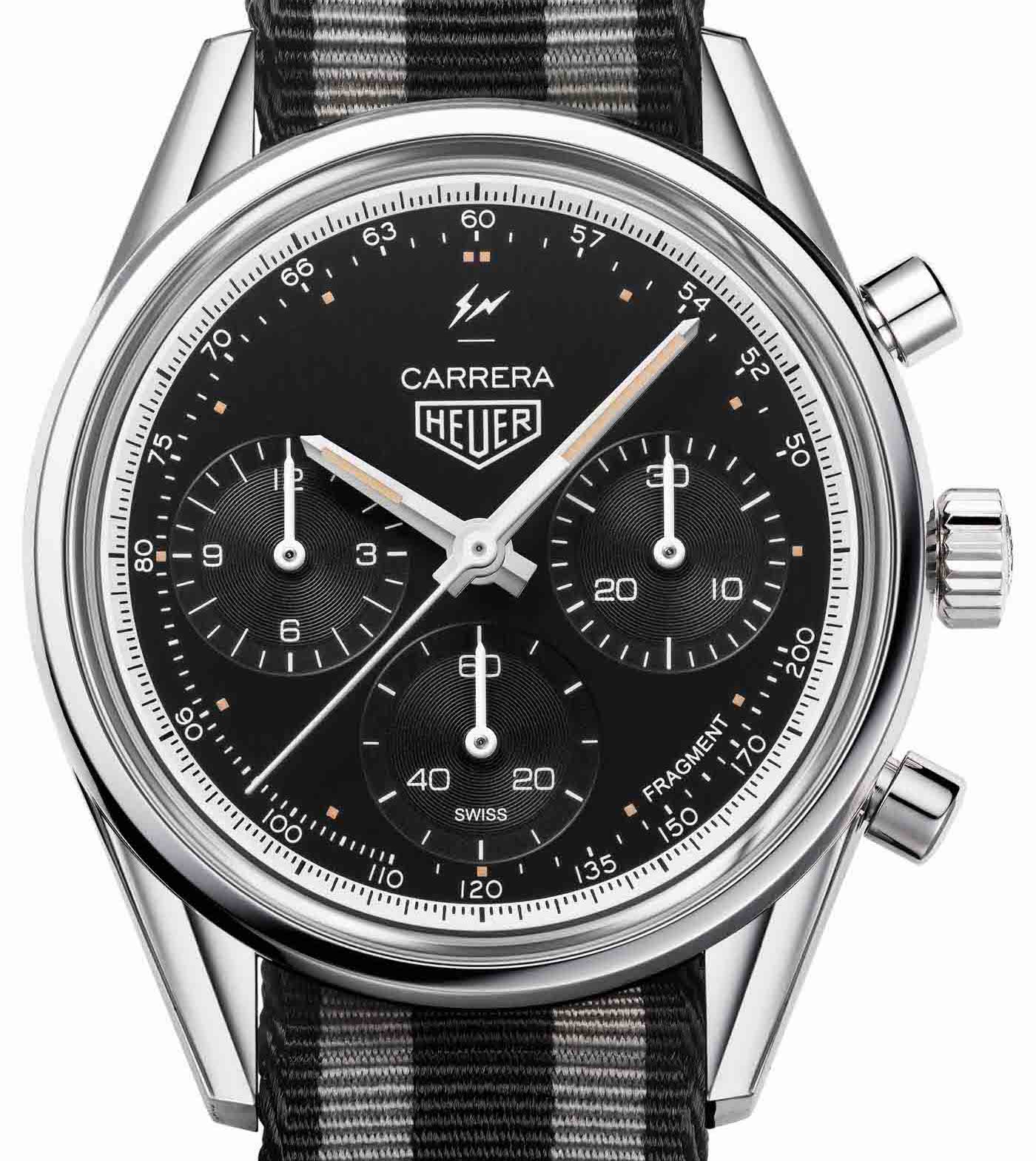 TAG Heuer has an ongoing history of allowing external designers and artists to leave their mark on their watches. In that realm of quirky timepieces those official TAG Heuer watches “redesigned” by Japanese artists have their own little microcosm – just think of this remarkable Nendo from 2015 that I have very much grown to love and appreciate. Today, a new piece called the TAG Heuer Carrera Heuer 02 Fragment Limited Edition by Hiroshi Fujiwara joins that special niche of TAG Heuer timepieces. First things first, I am disappointed that Fujiwara-san didn’t use this opportunity to add “Heuer” a 3rd time to the product’s name, that’s a chance we’ll never get back. 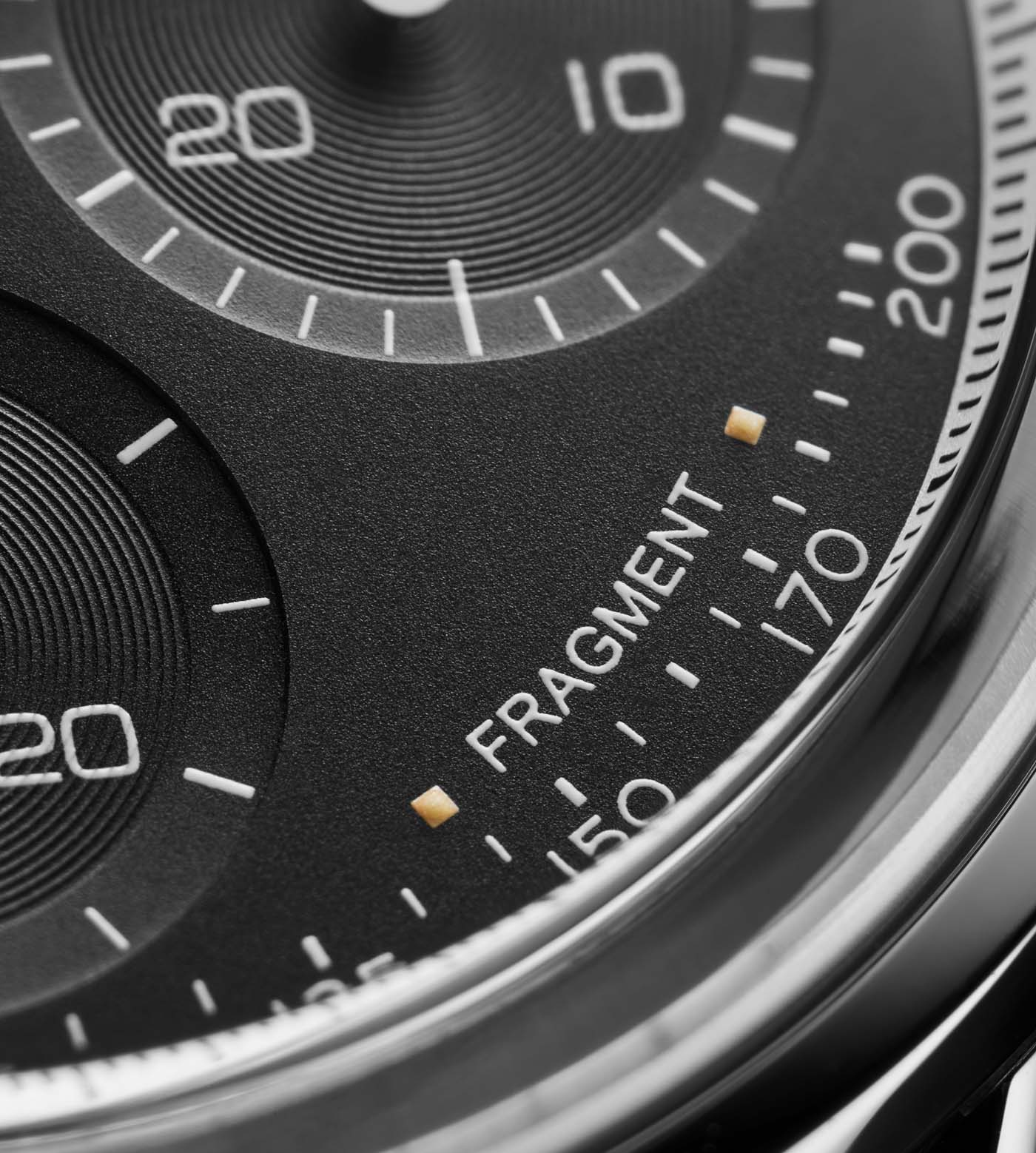 For those like me who didn’t know, the answer is but a quick Google search away for Hypebeast says: “Fragment design is a multidisciplinary imprint [I’ll plead ignorant to whatever that means] by Japanese designer Hiroshi Fujiwara. Fragment design enters many highly hyped collaborations with brands such as Nike, Jordan Brand, Converse, Levi’s (…), NEIGHBORHOOD” and others according to the hype-site. To translate all that into terms we can all understand, it’s a hip brand that I am sure is very much on the radar of those closer to 20 than 30 these days. 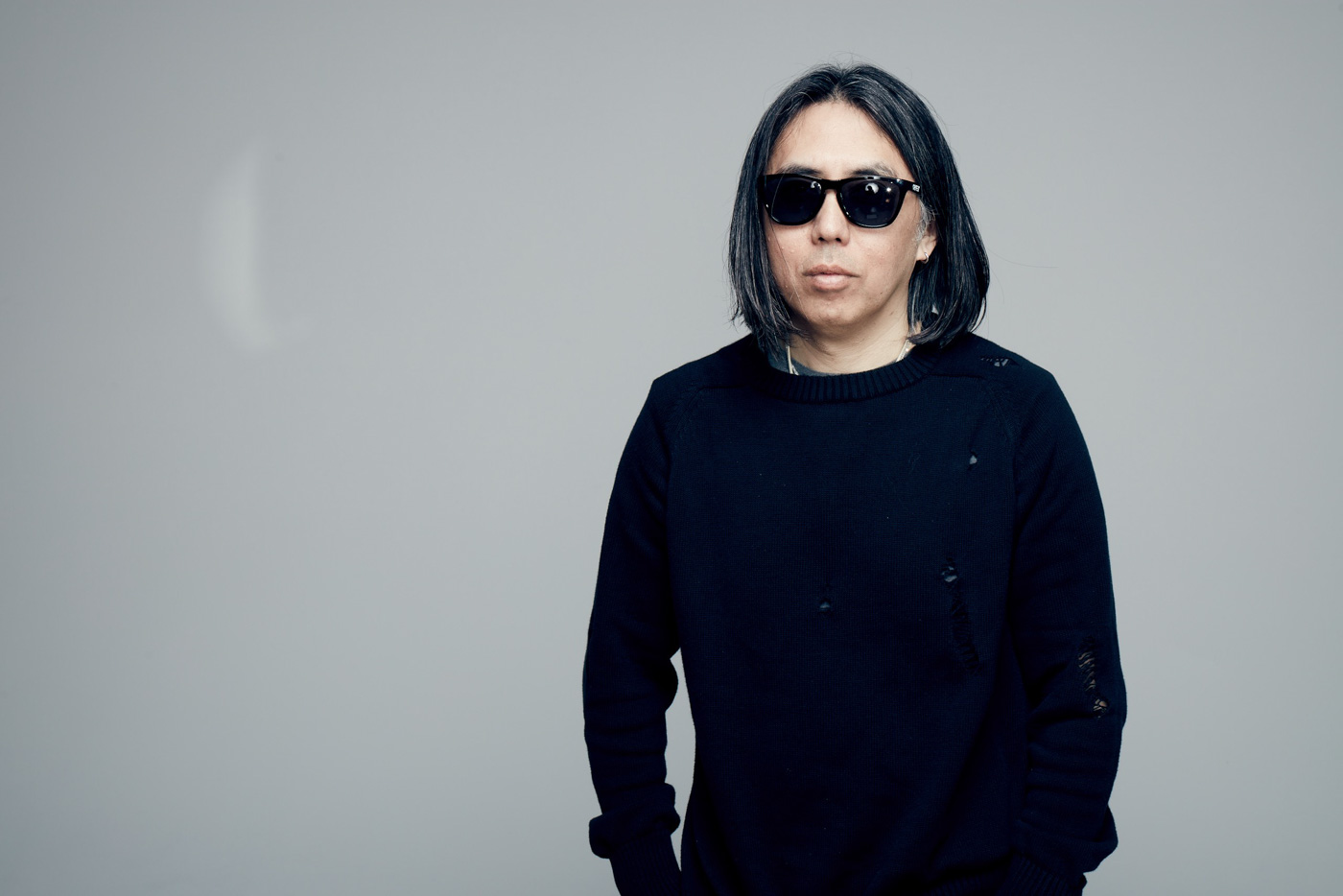 So why Fragment and TAG Heuer? I’ll go out on a limb and say this is part of their strategy of placing the brand within sight of their target younger audience – though coming in at just over 8 large ones, I don’t think this watch was meant to be actually had by any of them… Or maybe today’s youth has a lot more to spend on one of their first watches than we had back in my day! Seriously though, I think it’s a smart move, even if hardcore watch snobs are given the chills by the very idea of a historical brand reaching out to anyone without a pension payment due next week. 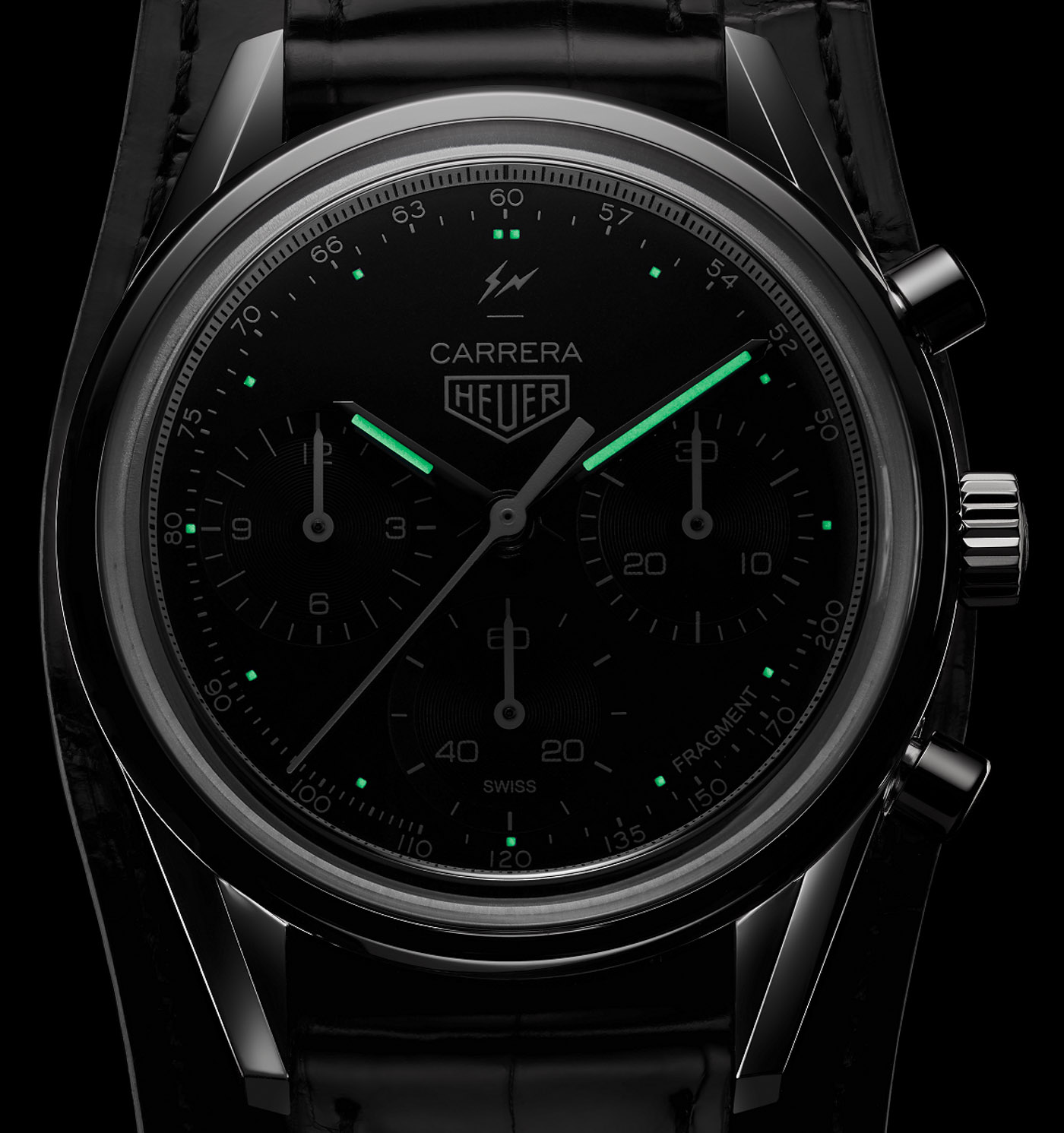 I wouldn’t worry too much, though. In fact, I’d be losing a lot more sleep over TAG Heuer if it had no idea how to reach out to a younger audience. TAG Heuer is an avant-garde brand and those who are snobby about liking any of the stuff that they had ever made, well, the stuff they fancy and are so protective of at one point or another was novel and new and fresh. Doing new things also means doing things that won’t necessarily work at the time, but just because said connoisseurs live with the luxury of cherry-picking TAG Heuer (or any other brand for that matter) watches from a long-gone era doesn’t mean said brand did not produce plenty of lemons on its way to getting those “icons” right. Furthermore… Sure, you can design watches with Mickey Mouse and Snoopy on them if you want to appeal to the inner 8-year-old of 58-year-olds, but then you’ll still end up selling to the same more, ehm, mature audience without ever popping up in the face-a-gram feed that kids these days are scrolling through fanatically every day. 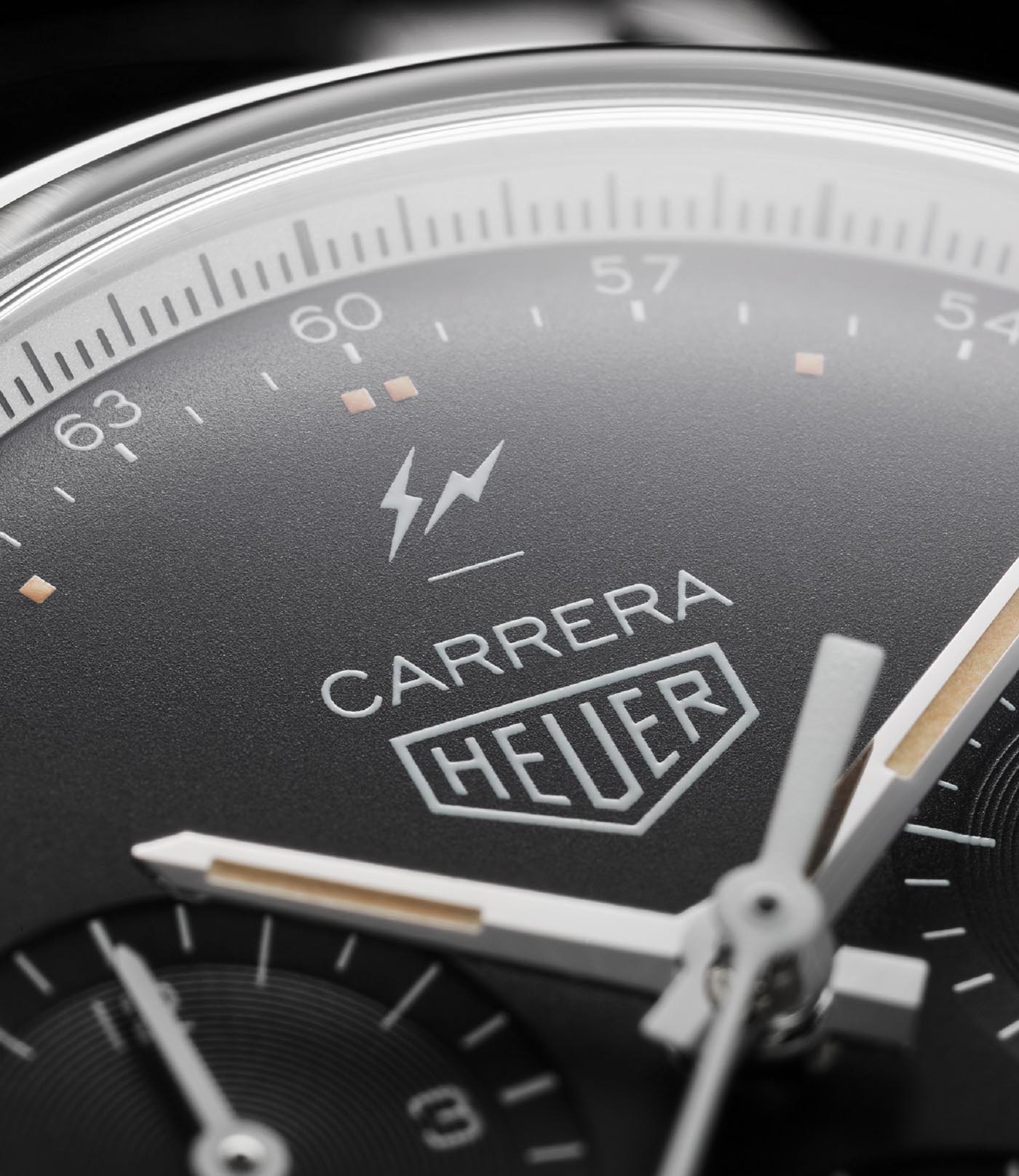 I am ready to come out and make the admission that I am not a Japanese teen on my morning commute to uni – goodness knows I wish I was –, but I am willing to bet my first grey hairs gifted to me by this industry that those who are in fact fashion-conscious teens with their phones glued to their faces will see this watch pop up in one of their preferred corners of the interwebs; and that is what this 500-piece limited edition is all about for TAG Heuer. It’s two brands becoming associated with both gaining in visibility – and given how very badly the Swiss need to reach out to a younger audience, this is a good, mostly unobtrusive call. 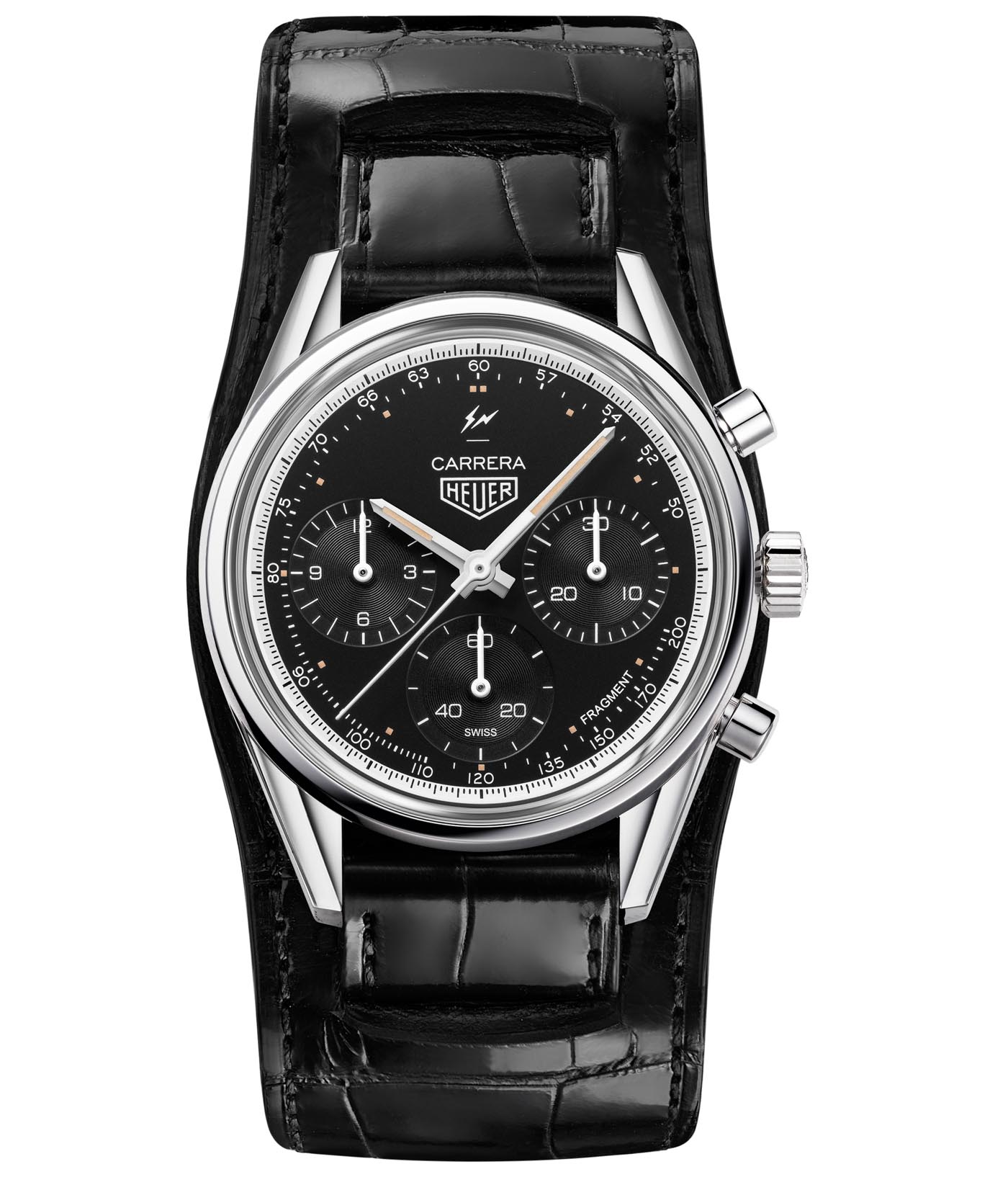 As for the TAG Heuer Carrera Heuer 02 Fragment Limited Edition watch itself, it’s basically an old-school Heuer Carrera design with a lightning bolt humping another lightning bolt from behind on its dial. Once you see that, you can’t unsee it – and it’s precisely the sort of dumb stuff that the all-time young generation loves and doesn’t care about – or even care to realize. I’m not being an old fart, that’s just a fact, and it’s all good. The dial also says Fragment on it between the tiny specks for the 4 and 5 o’clock markers, offsetting the whole thing like a poorly placed date window – a ghost in the nightmares of us watch snobs, but then again, nothing to really bother the target audience.

Jean-Claude Biver says “We were more than happy to give him complete freedom with the design.” Despite the humping thing going on and the boasting between 4 and 5 o’clock, I overall like this restrained take on the Carrera – by trending artsy-fartsy designer standards it actually is a muted, almost humble exercise. 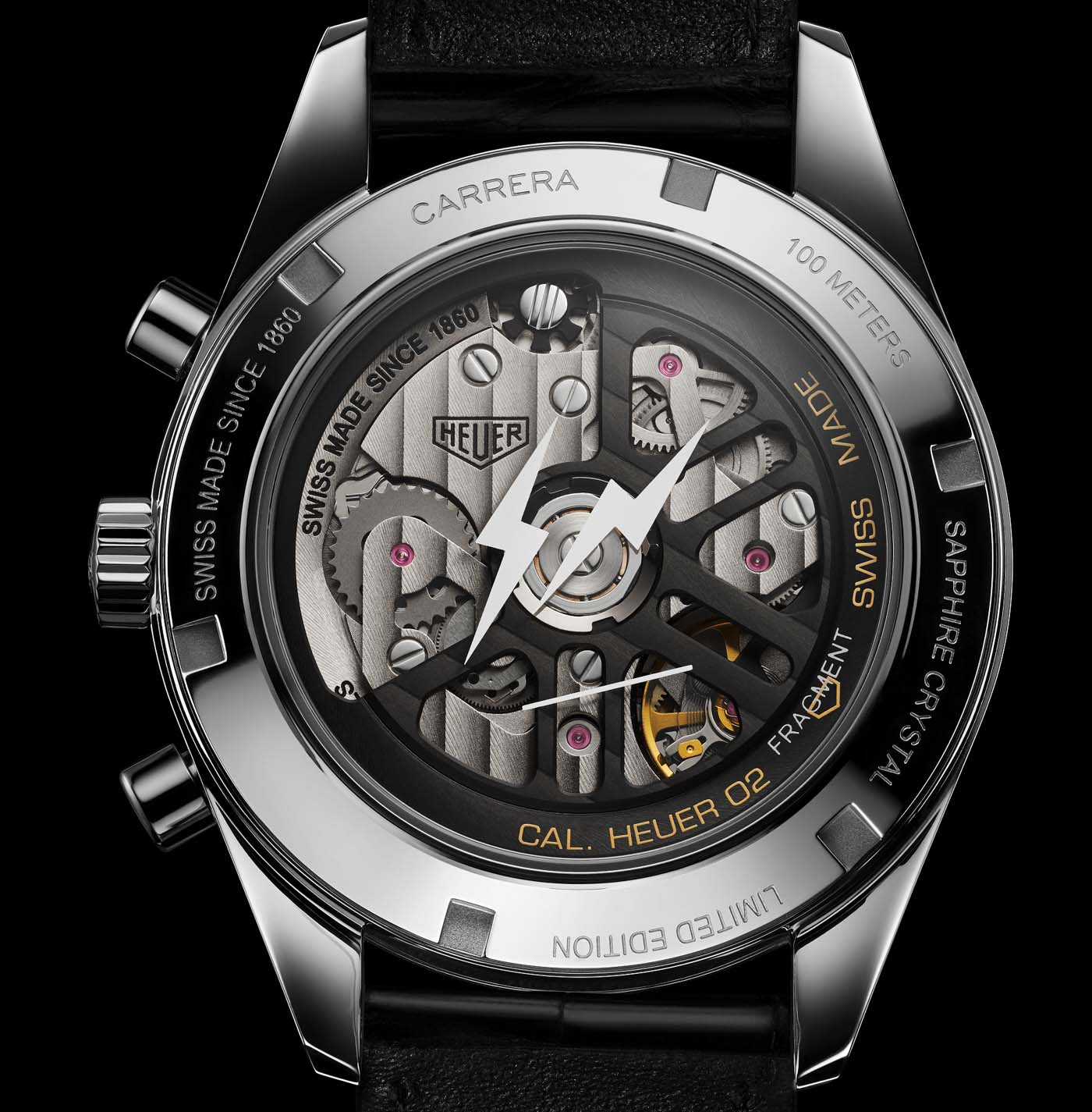 The case-back reveals the TAG Heuer Heuer-02 caliber with the aforementioned lightning bolt action going on, along with the same Fragment text present for good measure. It is almost as though the FRAGMENT logo was written into or rather over the Heuer logo – which I guess is pushing it a bit. The text could be on the case-back and the Heuer logo on the rotor, but it’s hard to tell from this confusing image… And when new design elements are this few and far between on a watch, I do have to start looking for these connections. The Heuer-02 movement, although just 6.9mm thick, pushes 80 hours of power reserve along with automatic winding and a vertical clutch and a column wheel – top-tier stuff in this segment.

The case is the humble and much-loved 39-millimeter Carrera case, wrapping a black opaline dial with the inevitable tachymeter scale, beige Super-LumiNova, rhodium-plated, polished and faceted hands, and a white lacquered central hand. There’s a box crystal on the front to add more volume – and add more volume it does. If you watch the video above as opposed to these somewhat dead-looking pictures, I think you’ll agree that this Carrera looks mighty fine, with those polished hands, angled lugs, box crystal, black dial and crisp white print working together in a strange, albeit sophisticated harmony… Though that’s to do more with the Carrera itself than any particular design offspring, the overall design is rather striking, I should say. I especially like the typography on the tachymeter scale – nice, old-school legibility with character but no frills. 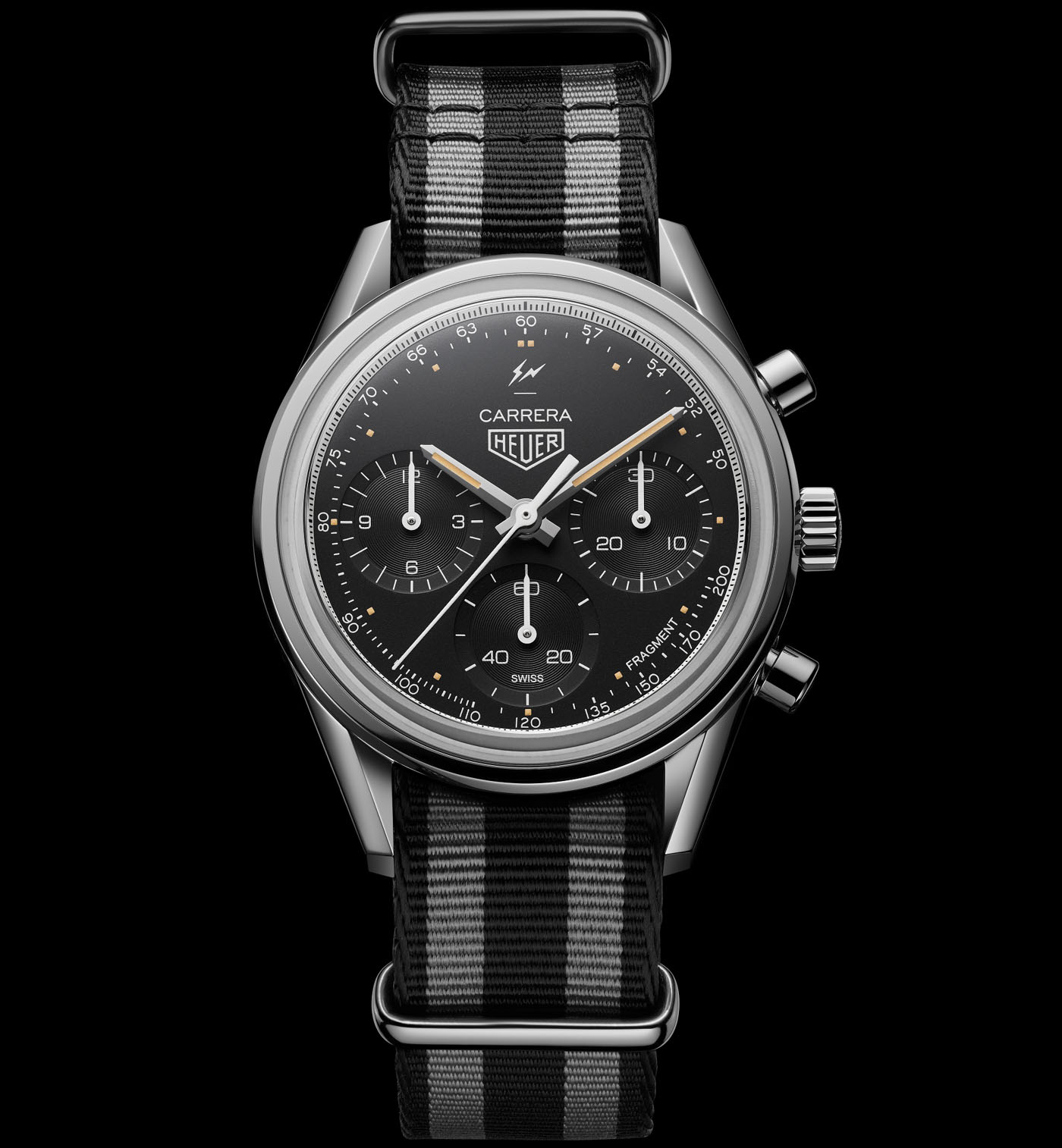 Sold with a “powerhouse” leather strap (I guess that’s the “Turbo” and the “Mega” superlative of our time?) and an additional black and grey NATO strap, I am overall impressed by TAG Heuer being open to these ventures and I do genuinely wish that they will keep doing it. I do however much prefer the Nendo Edition from 2015 because it had a much, much more unique character that really pushed the limits… and cost almost half the price. The TAG Heuer Carrera Heuer 02 Fragment Limited Edition by Hiroshi Fujiwara costs $8,100 and is limited to just 500 pieces, sold exclusively in TAG Heuer boutiques – if you like this one, find the boutique nearest to you on the tagheuer.com website.