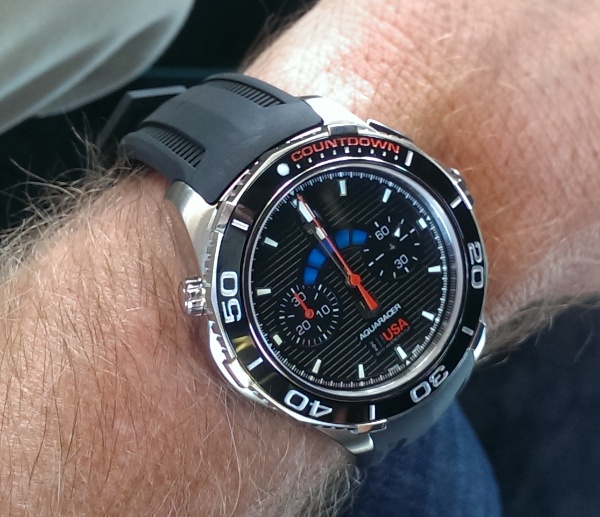 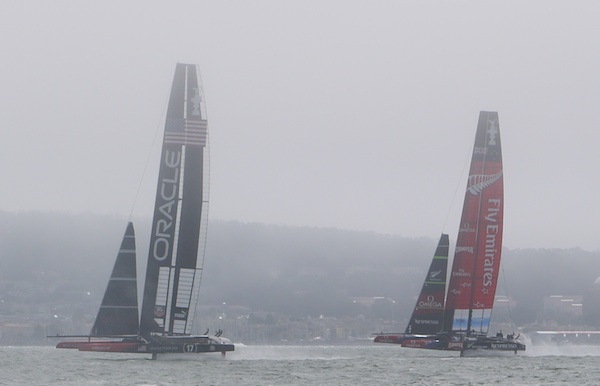 Racing on the second day, spectacular in the fog

For the first weekend in September, the folks at LVMH and TAG Heuer hosted a weekend in San Francisco to watch the America’s Cup yacht races. Normally this would be Ariel’s gig, but he was off-continent and I got to go instead. It was a heck of a trip – San Fran in September, high tech and high speed sailing, and even some watch content, too! TAG Heuer now only released an expected new Aquaracer Regatta chronograph, but also a very unexpected (not for retail sale) smartwatch for sailing called the Aquaracer 72. I am going to try an experiment here for my types of posts, and do a mixed format post that forms more of a travelogue. Tag (pun intended) along and let us know what you think.

Yacht racing has a pretty small following in the USA, so if you’ve not kept up, this is a good year to check out the changes due much in part to Larry Ellison with whom TAG Heuer works in their support of Team Oracle USA. The boats used to look like this one from 2007 – monohull,  sails , carbon fiber construction: 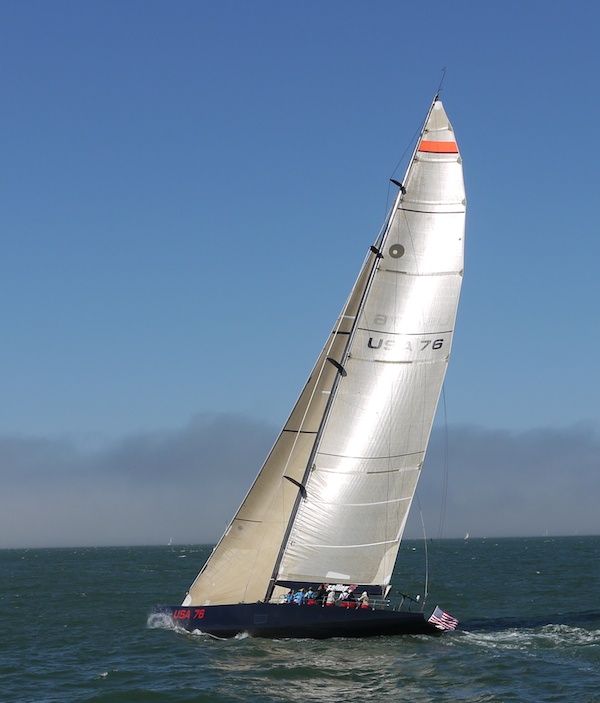 This year, for 2013, the teams are racing 72-foot carbon fiber catamarans called “AC72″s, on hydrofoils, with rigid wings larger than those on a Boeing 747. The AC72 ships are utterly amazing, unlike anything you’ve seen sailing. The sails and the rigging are all rigid, and once up on the foils, they can get up to 50 MPH! 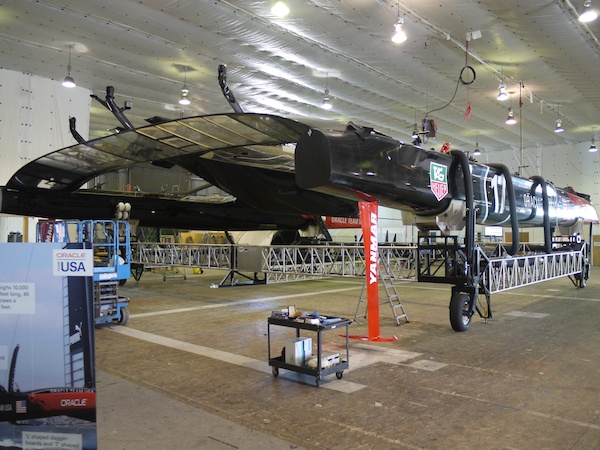 This has interesting consequences. The crew have to wear crash helmets and emergency air cylinders, and the chase boats have to be much, much faster. The races now last around 30 minutes, which is very TV and fan-friendly, and setting the 2013 races inside San Francisco Bay greatly increased the visibility of the contest. Fast boats need fast pursuit; this camera boat (seen below), with it’s gyro-mounted camera, shows how extreme the racing has become. 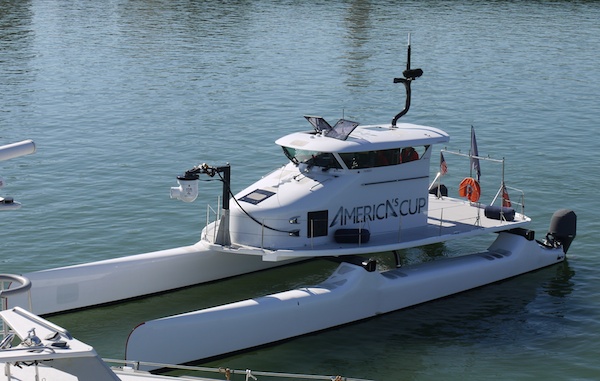 Most of the chase boats had 1,000 horsepower. That says a lot about how fast the race is now.