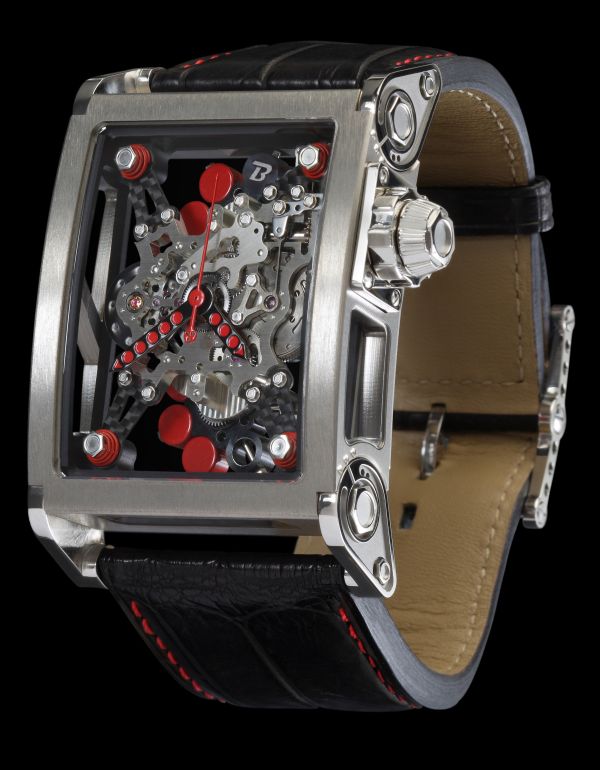 The B.R.M. Birotor Caps Things Off

Up until recently, I had not heard of the independent watch brand B.R.M. and their line up of racing-inspired watches – but I’m glad I stumbled across them. The model we’ll focus on today is another entry into the trend of what I consider to be an industrial style.

Of course, you could quite easily argue that it’s simply the automotive racing nature of things informing the style, and it’s not something I’d put up a fight about. That said, I’ve been noticing (especially on the higher end models) that when you get to an open-worked watch, such as this one with plenty of open space, the case takes on a more industrial feel, as if to mimic the machinery in the movement. 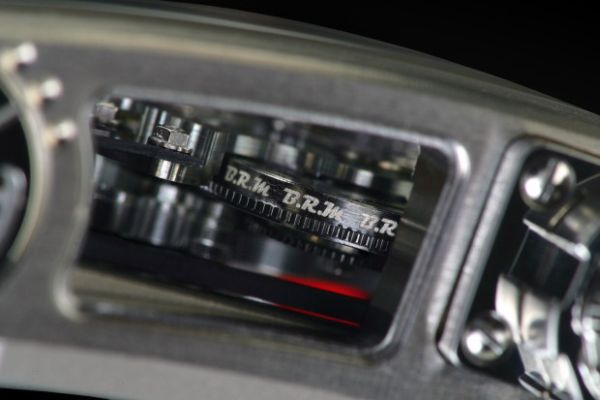 This 40 x 48mm titanium case is no exception to that rule, with what are (I believe) functional hex head fasteners at the lugs, allowing for three positions of adjustment. Moving along to the crown, it looks like a pinion gear stacked on top of a “regular” gear. Then you have the cutouts on the side of the case (with sapphire crystal inserts, nonetheless), making it look like a lightened support structure you might see under a car – or in a building.

The case also has another trick up its sleeve – it’s slightly curved, on both sides, and has matching curved sapphire crystals top and bottom. This means, as a whole, you can see just about every bit of the movement, whether or not it’s on your wrist. And that movement is where things get even more interesting.

For starters, it’s mounted on a suspension. Take a look at the four corners of the case, and note the carbon fiber brackets extending out. These are mounted, with cone-shaped springs, in such a way as to act as a shock absorber. Flip the watch over, and you see how it got its name – there are two rotors under the movement. 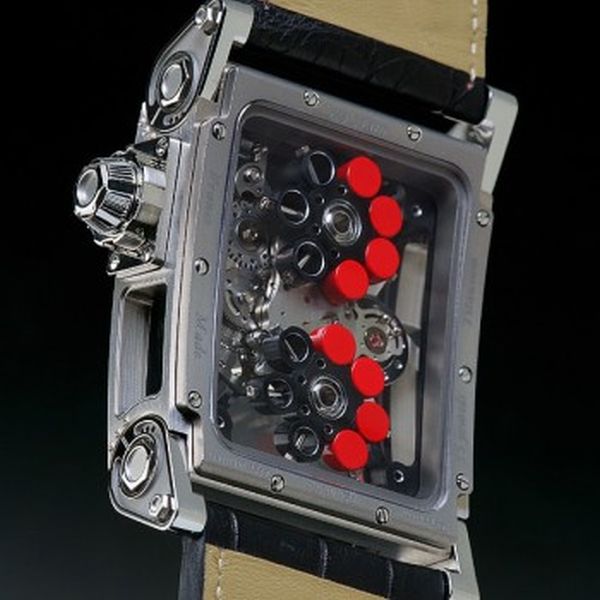 These weights on the rotor (the red dots) are made of tantalum and remind me quite a bit of the cap guns I’d run around with for several summers. No gunpowder here, but do not despair. I think the fact that you’ve got twin rotors on ceramic bearings, paired up via a differential, more than makes up for it.

Back up front, B.R.M. seems to have done a good job of keeping the dial readable. Yes, you can dive into looking at the details of the various moving parts of the in-house movement, but if you want to get a quick glance at the time, you can do so. This is due to the hands being presented in a darker tone than is present in the movement, as well as the red-filled circles on the hands (mimicking the rotors). In other words, the hands stand out when you need them to. 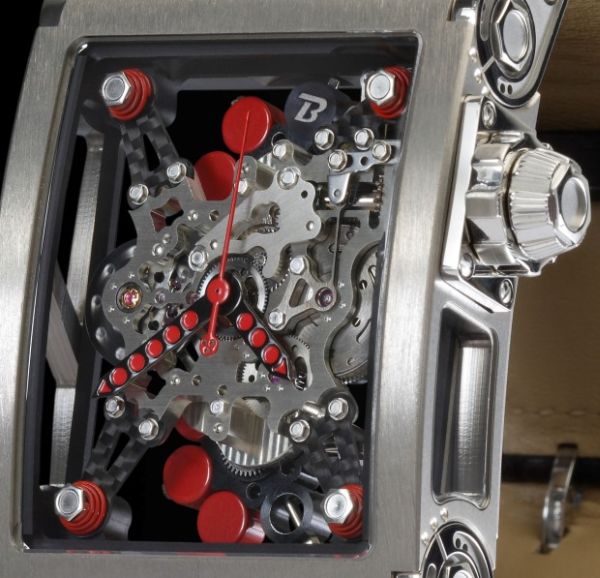 From my research, it looks like this one comes in at a price of around $55,000, which places it firmly in the realm of ultra-luxury – but I’m OK with that. This is another one of those watches that is just plain fun to look at and think about. It’s no surprise that over 30 months of design and prototyping went into creating this model, given the complexities of the case and the dual-rotor movement. It’s watches like these that keep things fresh, and prove that there is still innovation occurring, especially in the independent brands.  B.R.M.