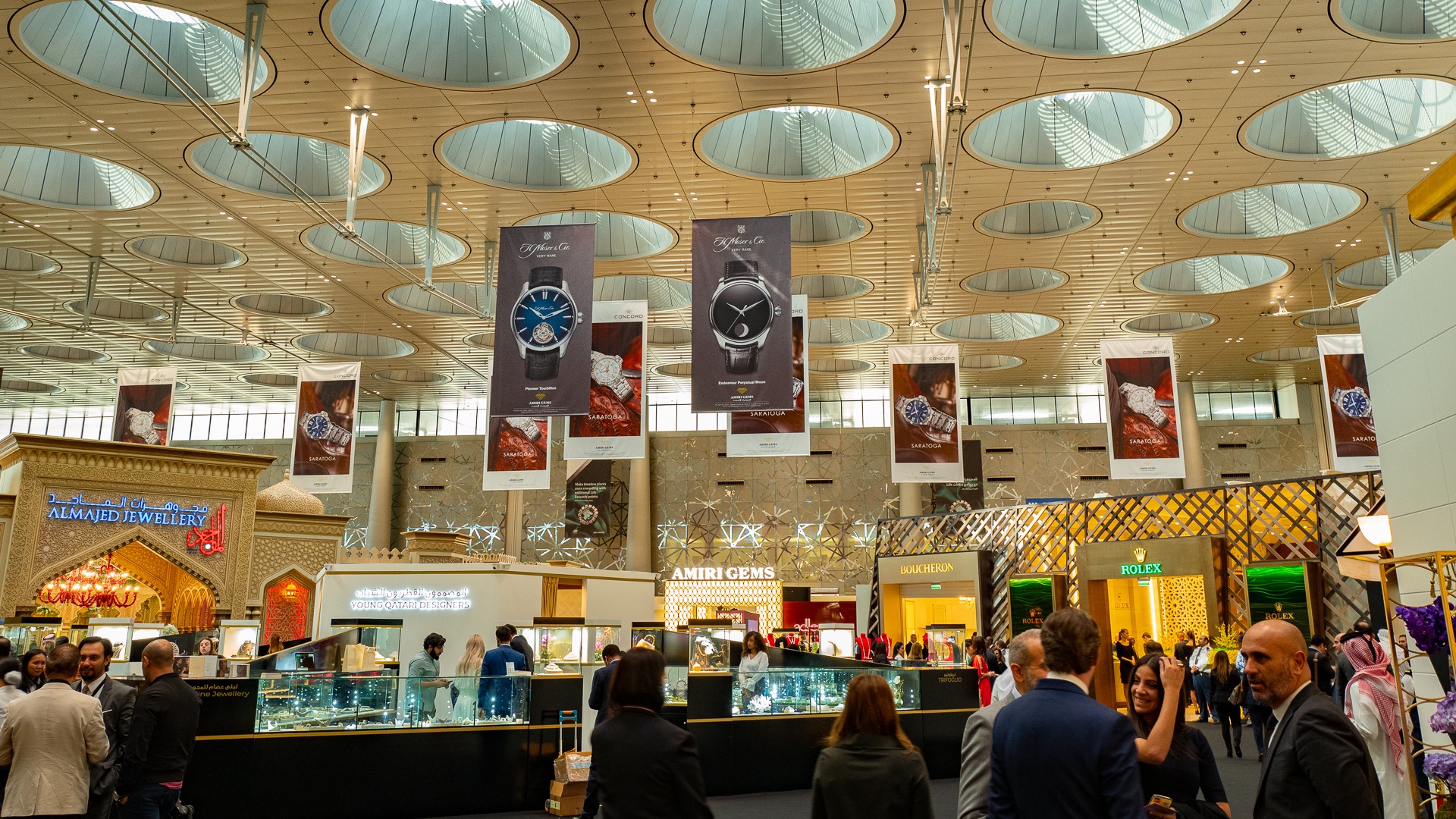 This past February, I was invited to attend the Doha Jewellery and Watches Exhibition in Qatar. The event was organized by their National Tourism Council, who paid for both my travel and lodging for the show. While I can’t say that their hospitality had no impact on my impression of the show, since I am human, I’m in no way presenting the show in an unfairly positive light and want to be as transparent as possible.

Without further ado, here are my photos and thoughts from the 2019 Doha Jewellery and Watches Exhibition. 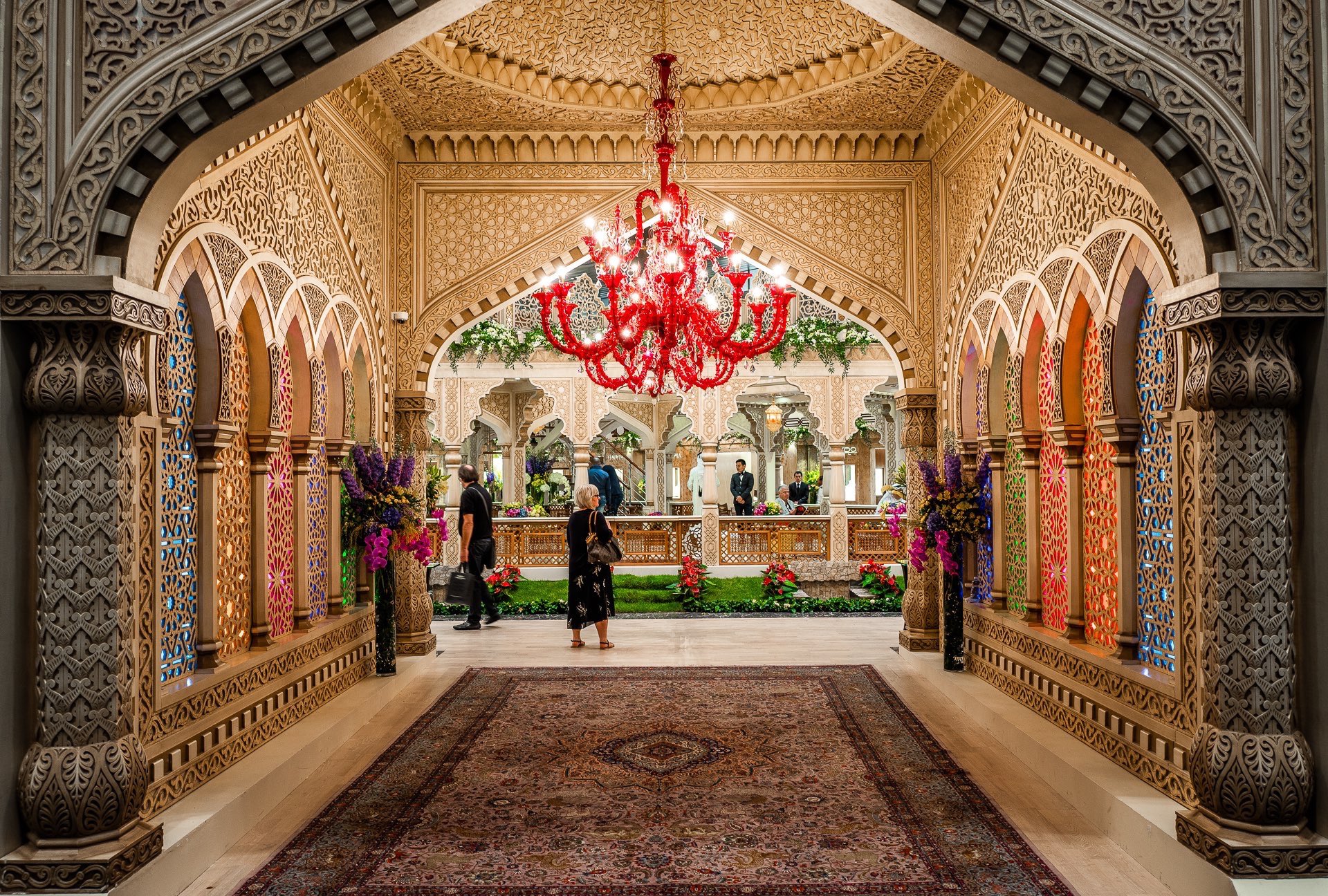 I wasn’t exactly sure what to expect when I began the more than 16-hour flight from Los Angeles to Qatar for the 16th annual Doha Jewellery and Watches Exhibition. With the majority of new watch products released at SIHH or Baselworld in any given year (as well independent brands and groups doing their own events, more and more), a lot of shows fall into auxiliary roles with the primary function of getting products in front of retailers and buyers. I didn’t spend much time on the jewelry side of things, but the watch portion of the DJWE was a carefully considered blend of brands showing off their latest pieces, as well as forums, talks, and beautifully elaborate booths and sets that hold their own against the SIHH showstoppers. I have a feeling that the participation and input of the Qatar Watch Club, a group of young local Qatari watch-obsessives, was foundational in curating the “substance in addition to style” tenor the show struck. 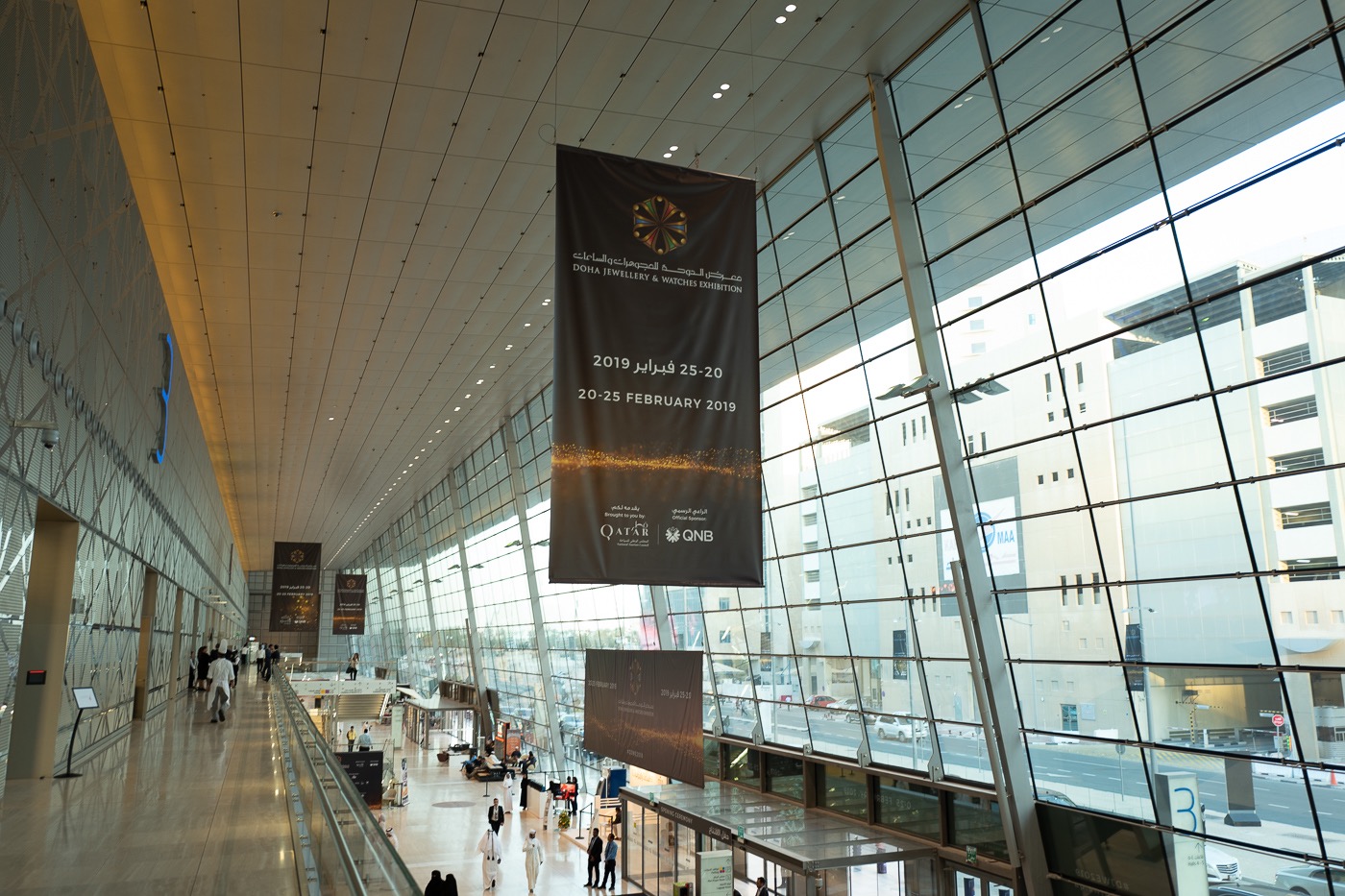 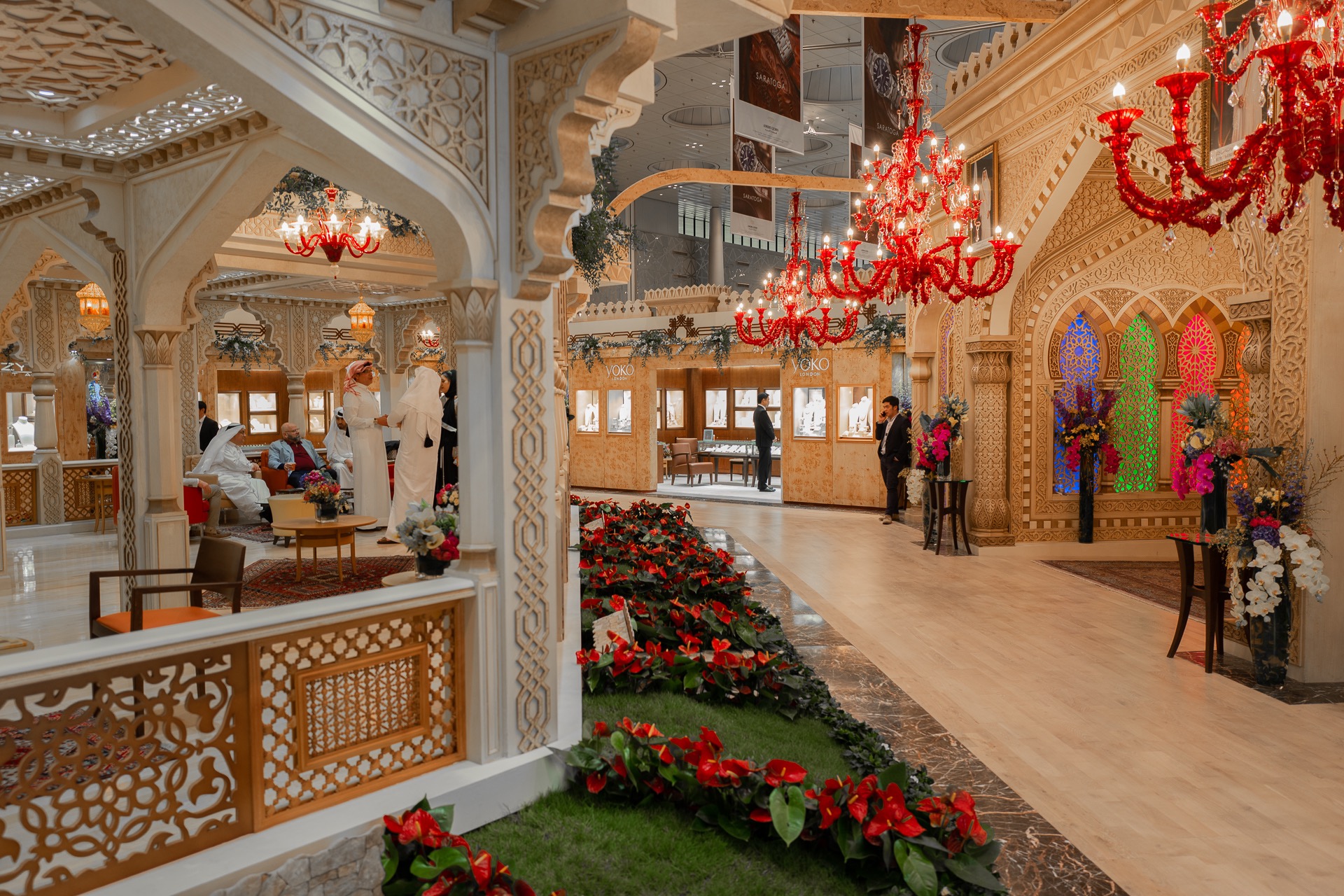 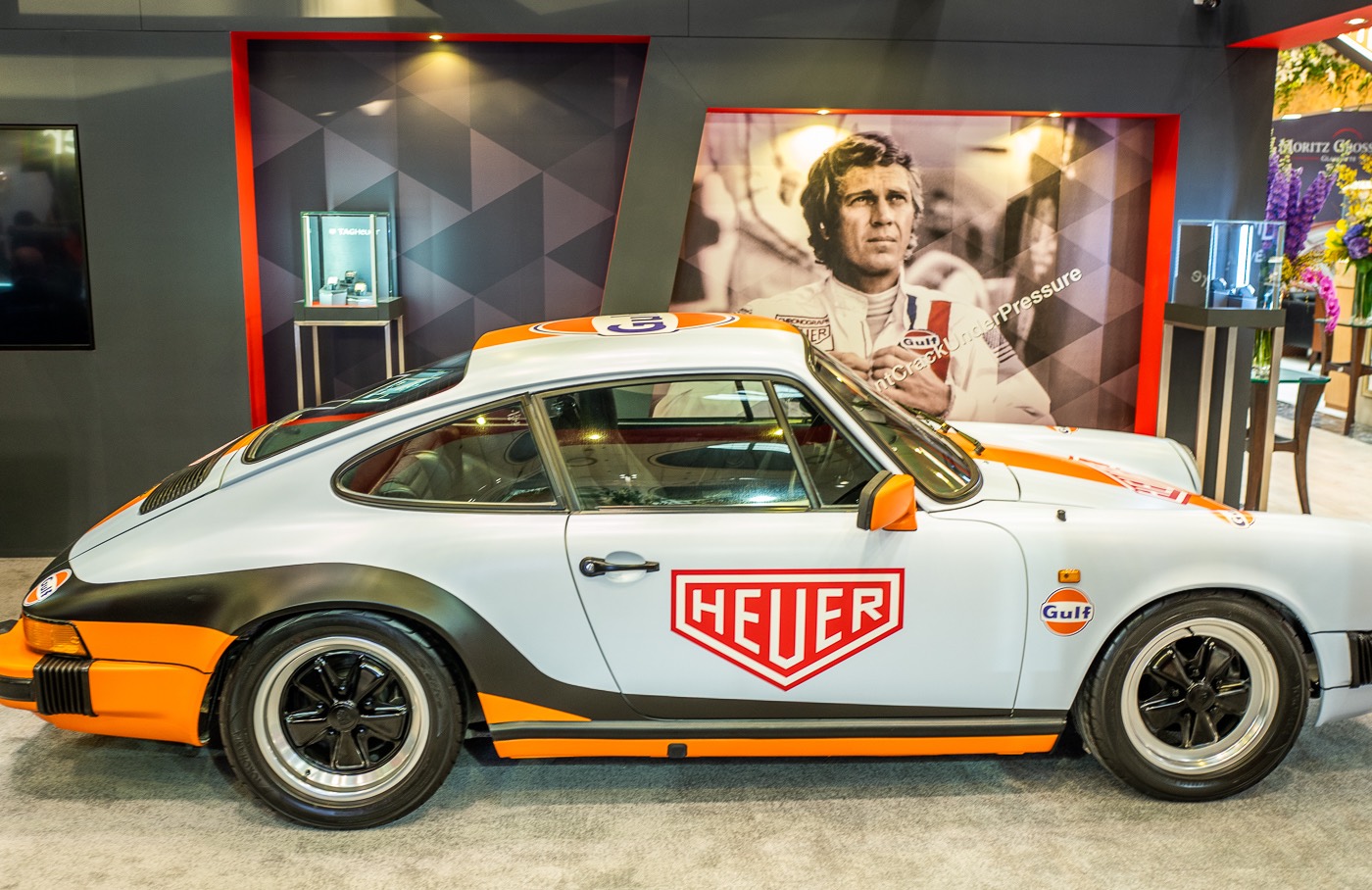 The event organizers stated that 27,000 visitors attended the six-day long, which is a number that slightly exceeds recent attendance at SIHH. Of course, this is not a comparison of the success of either show but just a reference point with which to gauge the event’s success in terms of attendance.

There was a lot to do and see at this show. In fact, the watches atelier by Objectif Horlogerie is something I wish I had made the time for. These were three-hour workshops in which one could be led through the process of assembling a watch. Maybe next time. 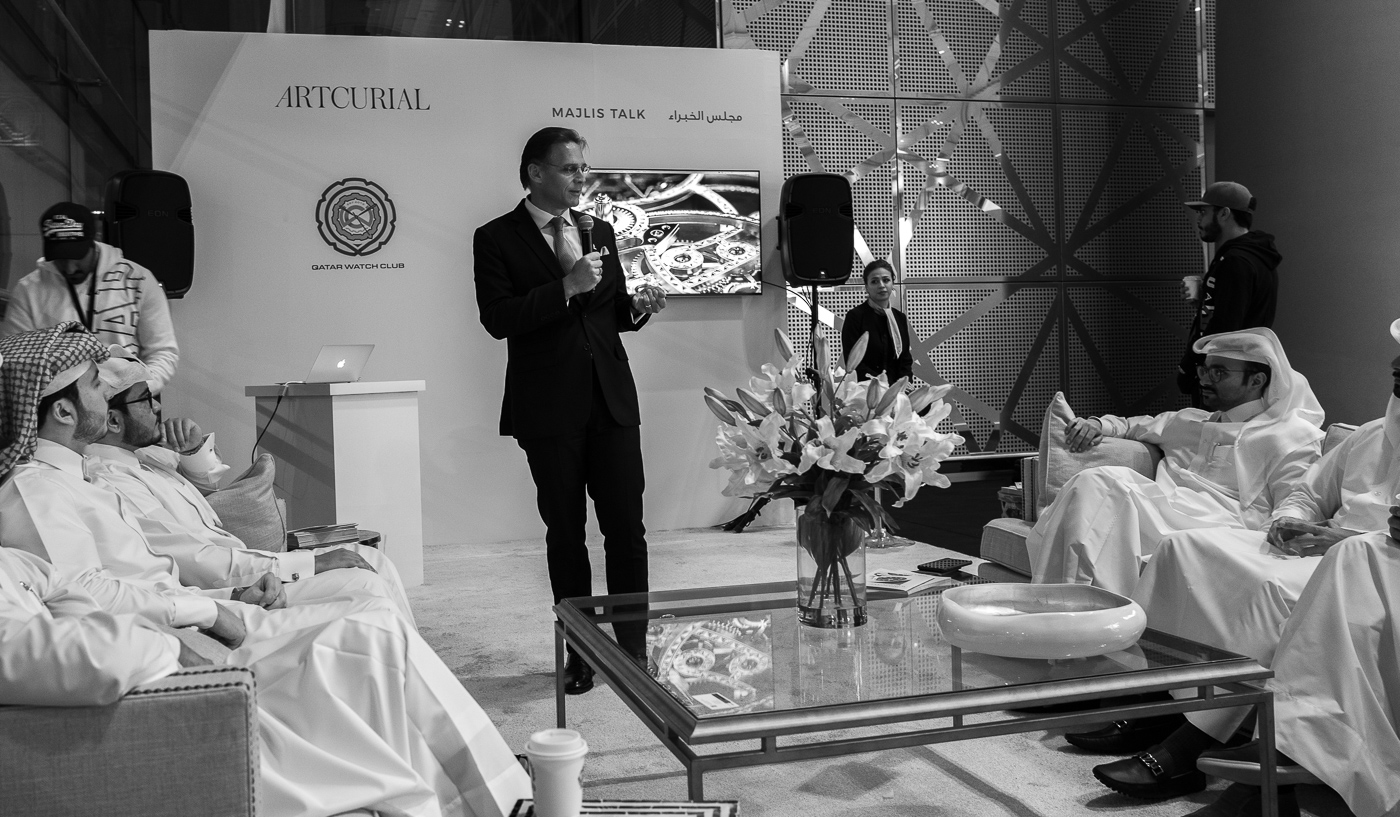 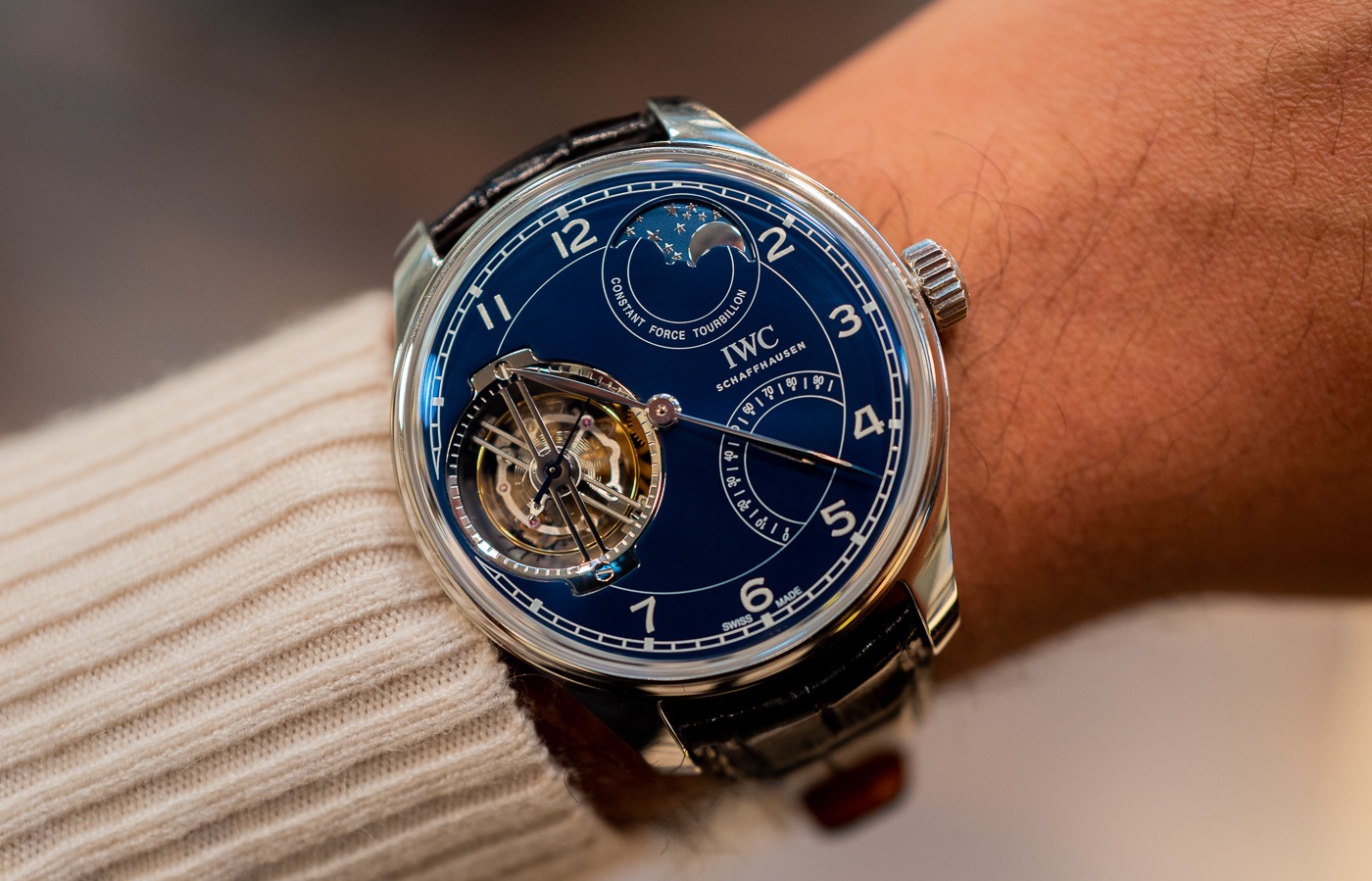 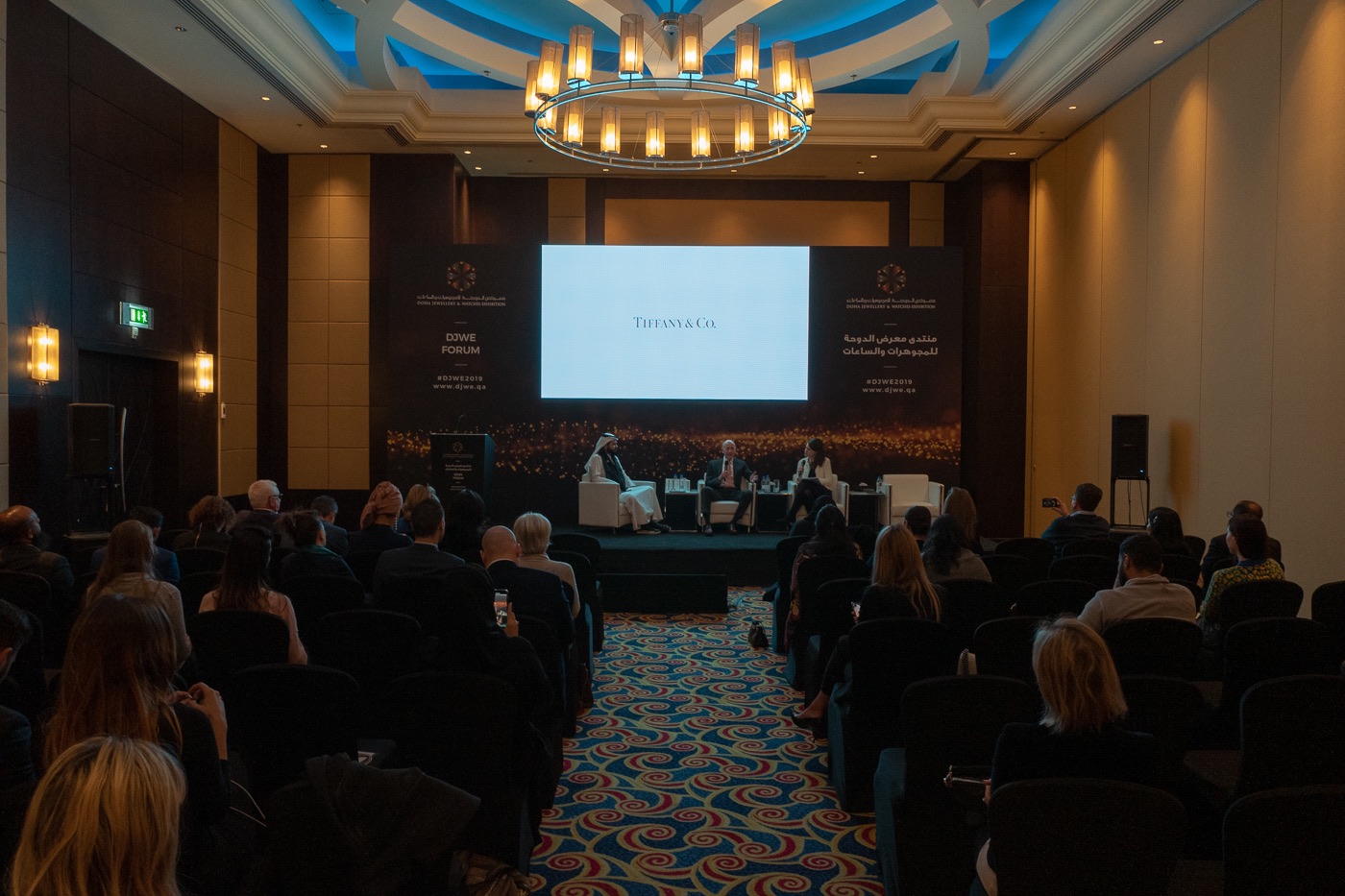 French auction house Artcurial held several forums, as well as a daily series called the “Majlis Talks” with the Qatar Watch Club. Here, brand founders and heads like Stephen Forsey of Greubel Forsey, Gregory Dourde of HYT, Christine Hutter of Moritz Grossmann, and reps from Vacheron Constantin, Bovet, Chopard, and Roger Dubuis gave presentations and took questions. There were also some very cool watches shown off, including nearly all new pieces released this year, as well as very rare watches like a Vacheron Constantin made for the Middle East market. The talks were primarily intended as sales presentations, but they were honestly pretty frank and non-pandering. 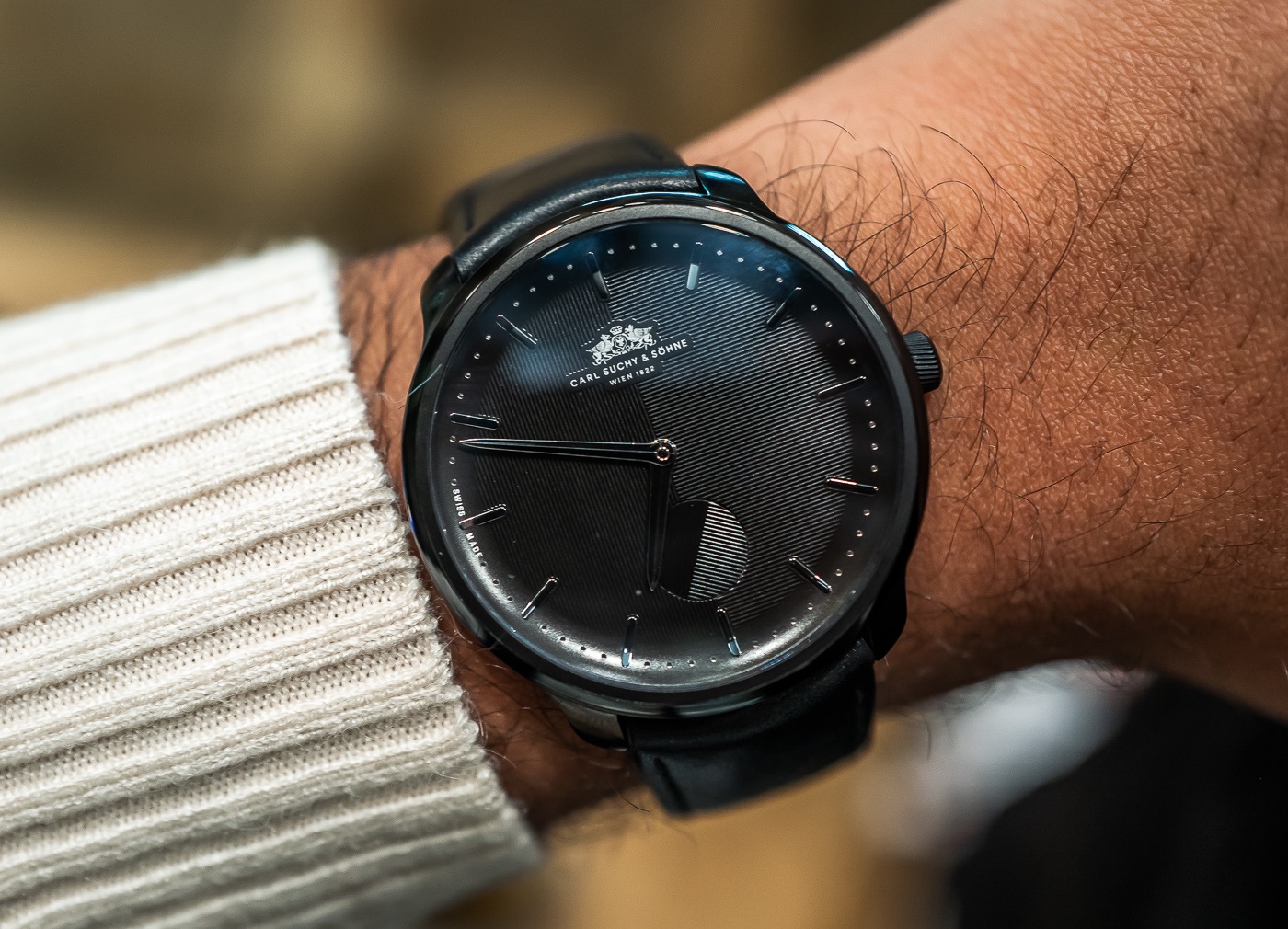 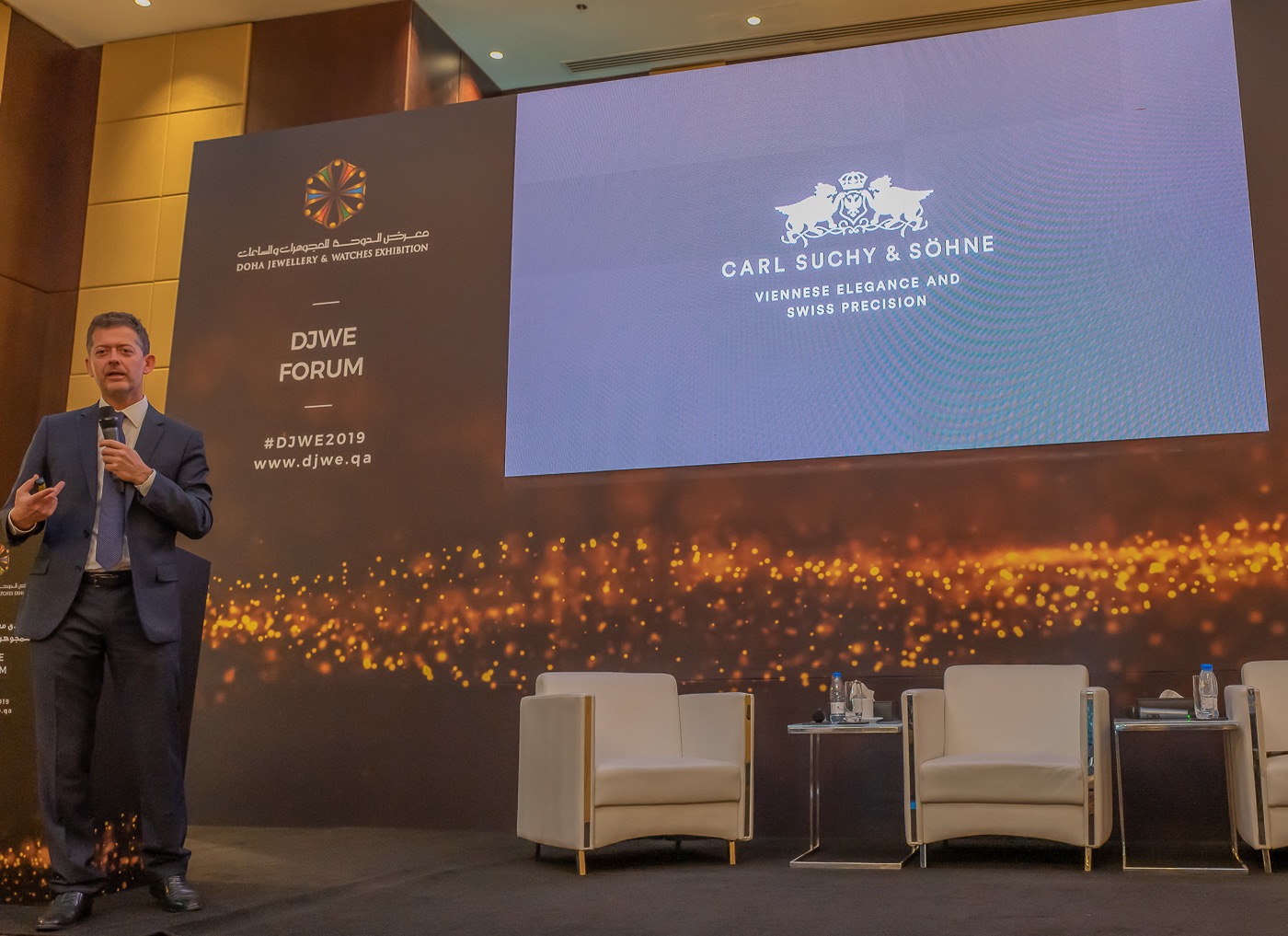 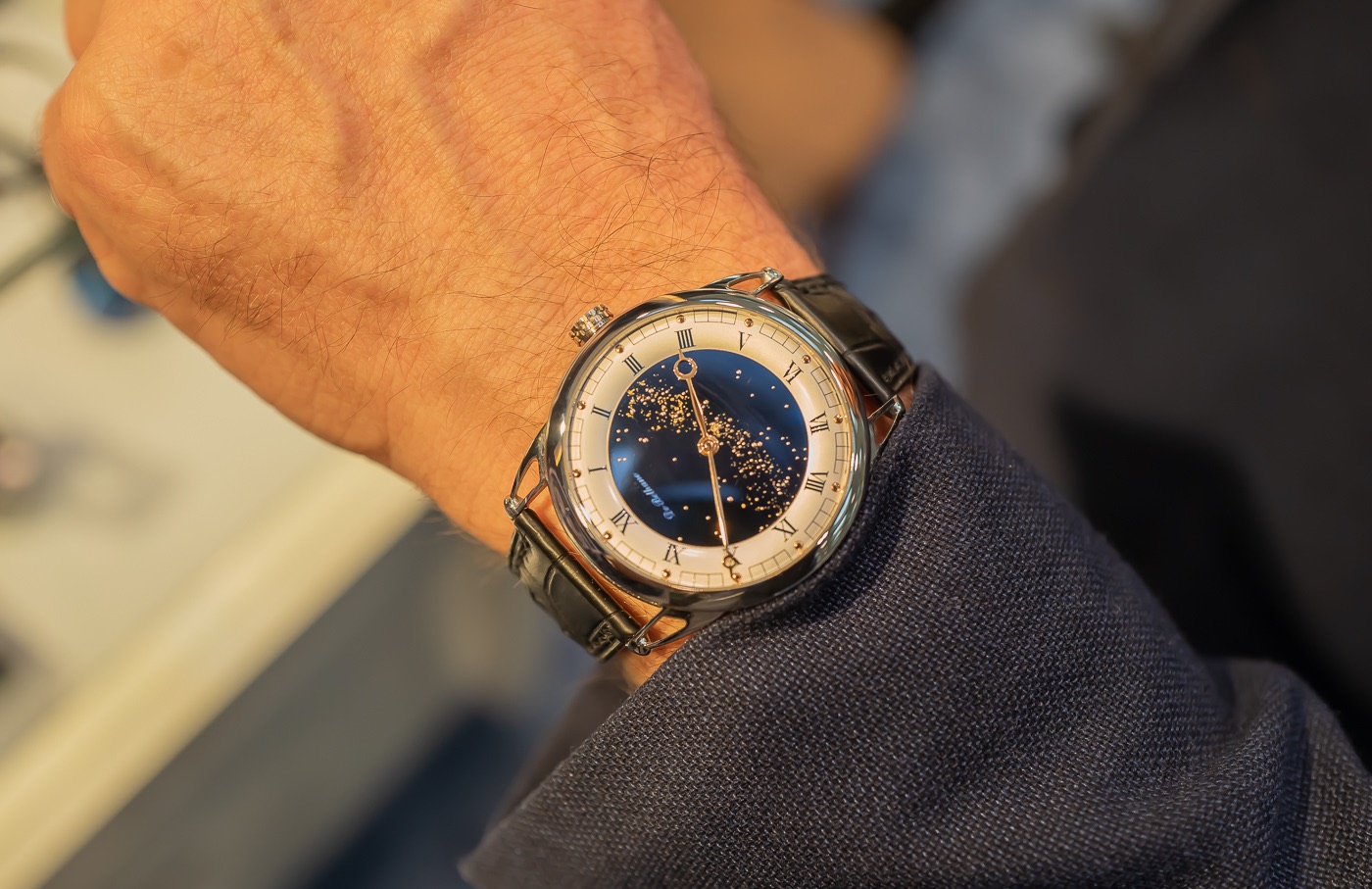 Robert Punkenhofer of Carl Suchy & Söhne gave a particularly personal and impassioned talk about his story of owning and running the centuries-old Austrian watch brand. There’s a real rapport between these relatively niche brands and the enthusiasts from this small Gulf nation. And though I don’t believe he gave a Majlis or forum talk, H. Moser & Cie CEO Edouard Meylan was running his brand’s booth, seemingly available for a quick chat with locals interested in the brand. Pierre Jacques of De Bethune was milling about, as well, entertaining the steady pace of patrons, while not being too busy for a quick chat and wristshot. 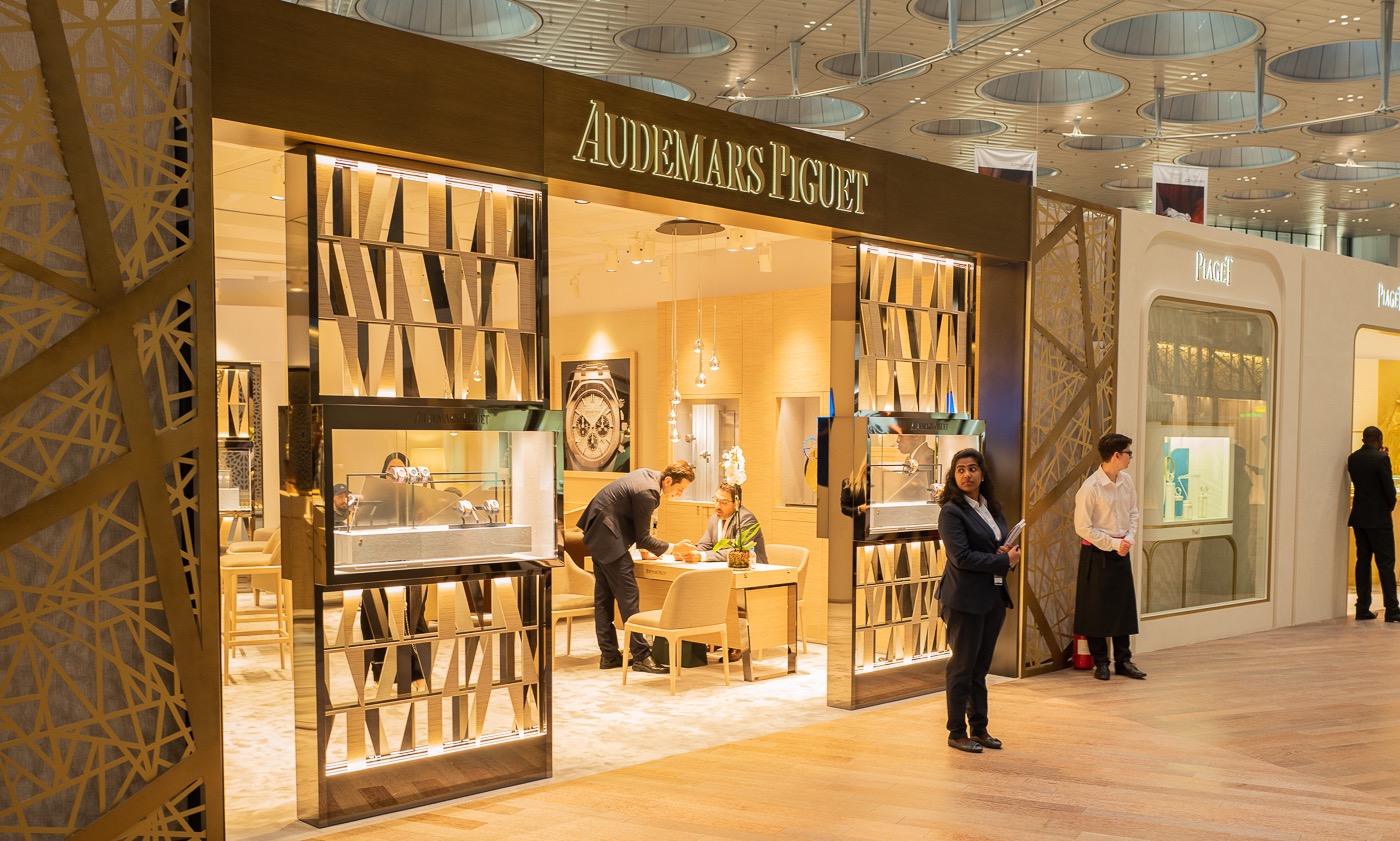 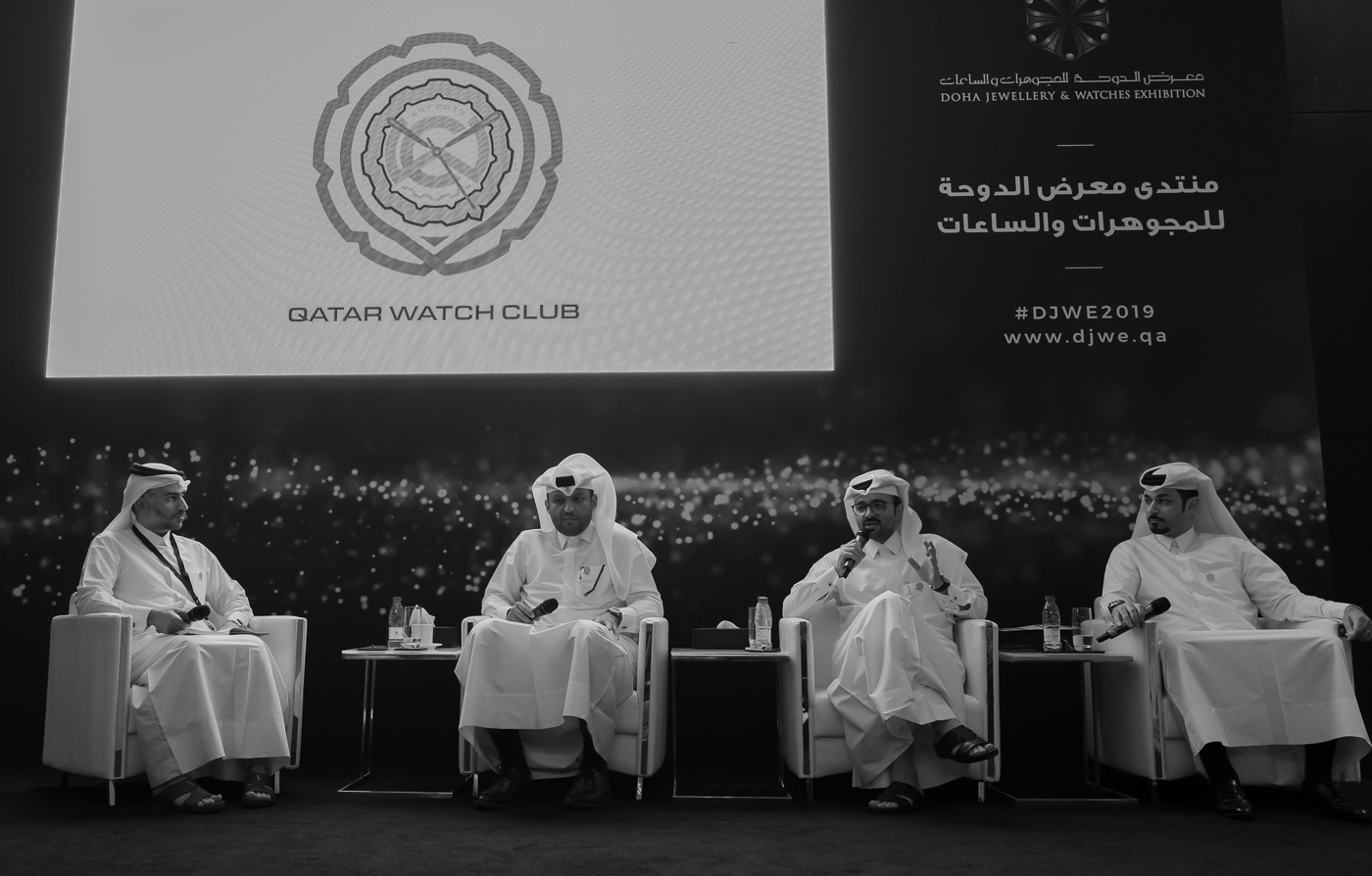 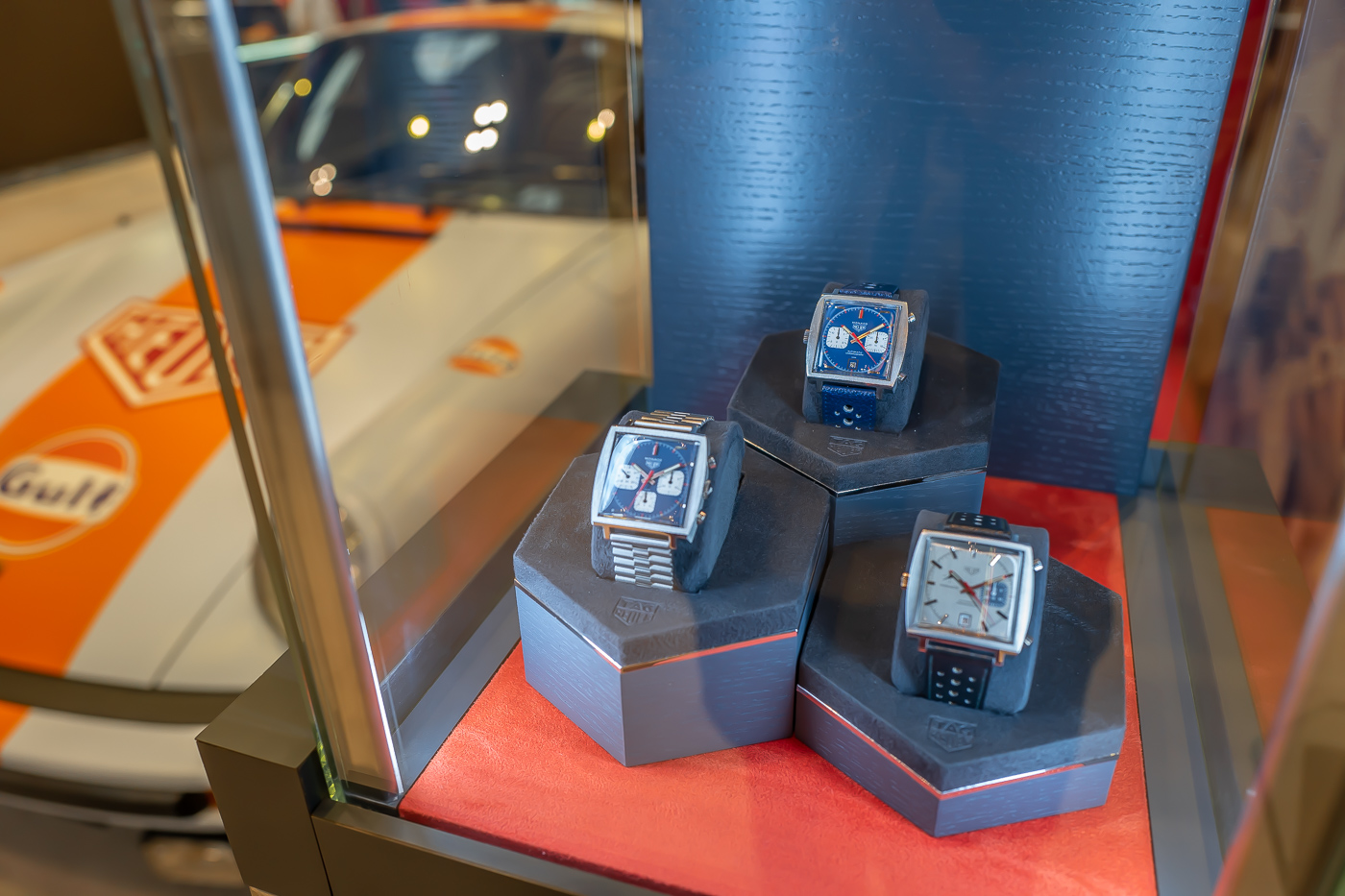 My point with all this is that the preconceptions I had about buyers in this region being primarily interested in the bigger names were woefully inaccurate. But even beyond this, the show served as a chill environment to catch up with brands and their leaders. Perhaps my bias a watch writer accustomed to the rush-in, rush-out atmosphere of trade shows is revealing itself here, but I can’t think of another event where all the new product is available (literally all of it, like the Audemars Piguet Code 11.59 pieces) and senior brand reps have time to actually talk. 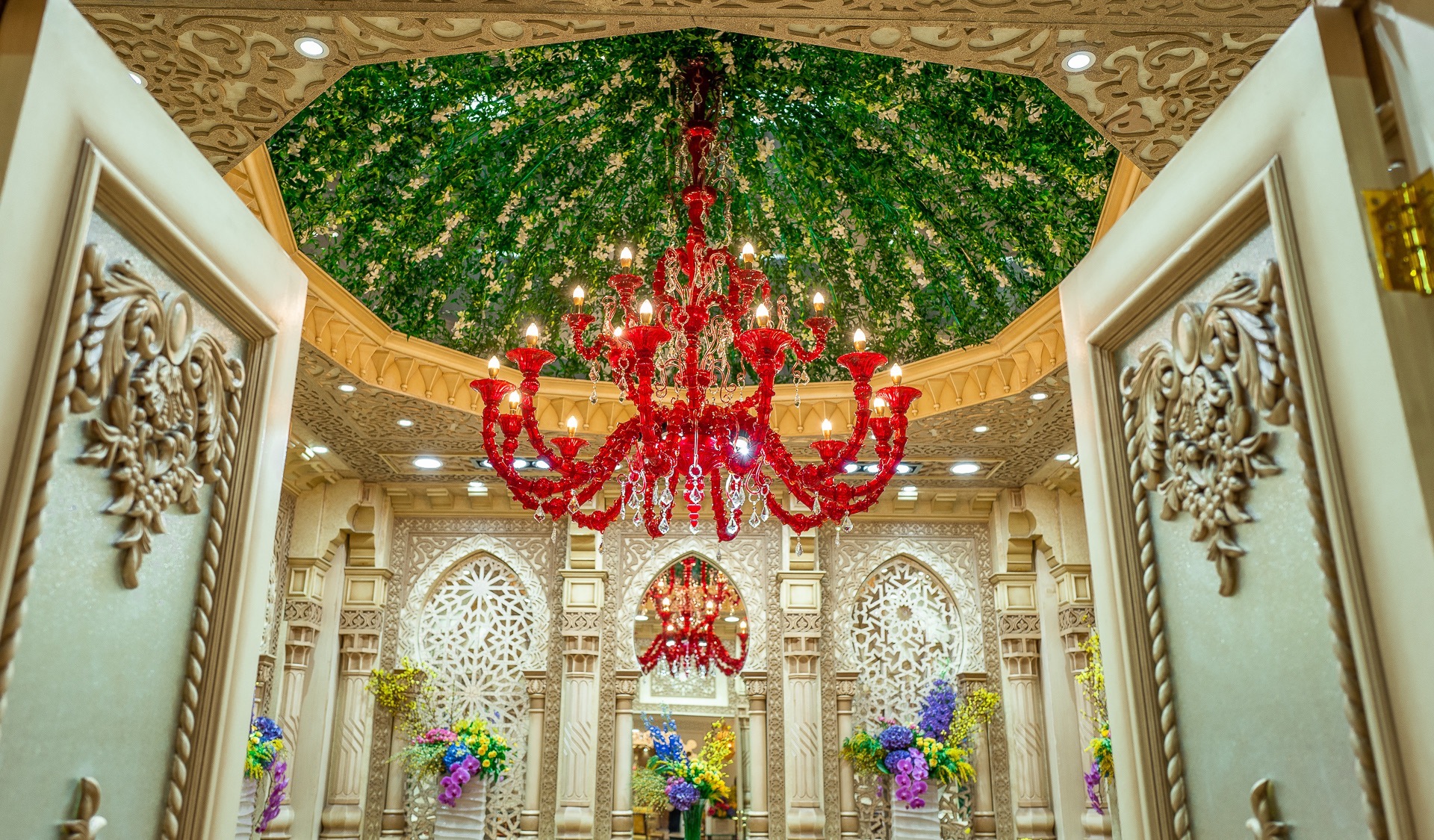 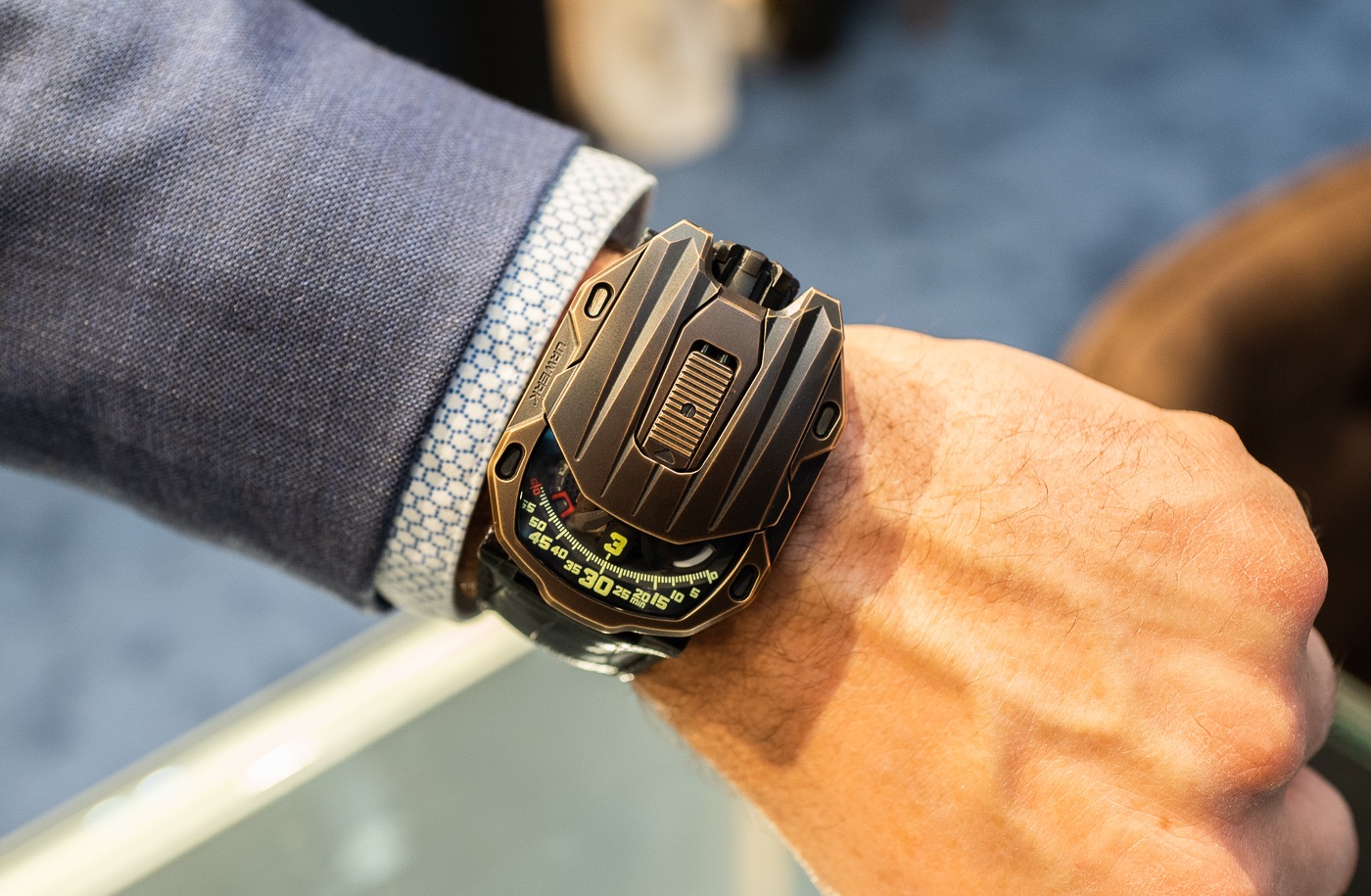 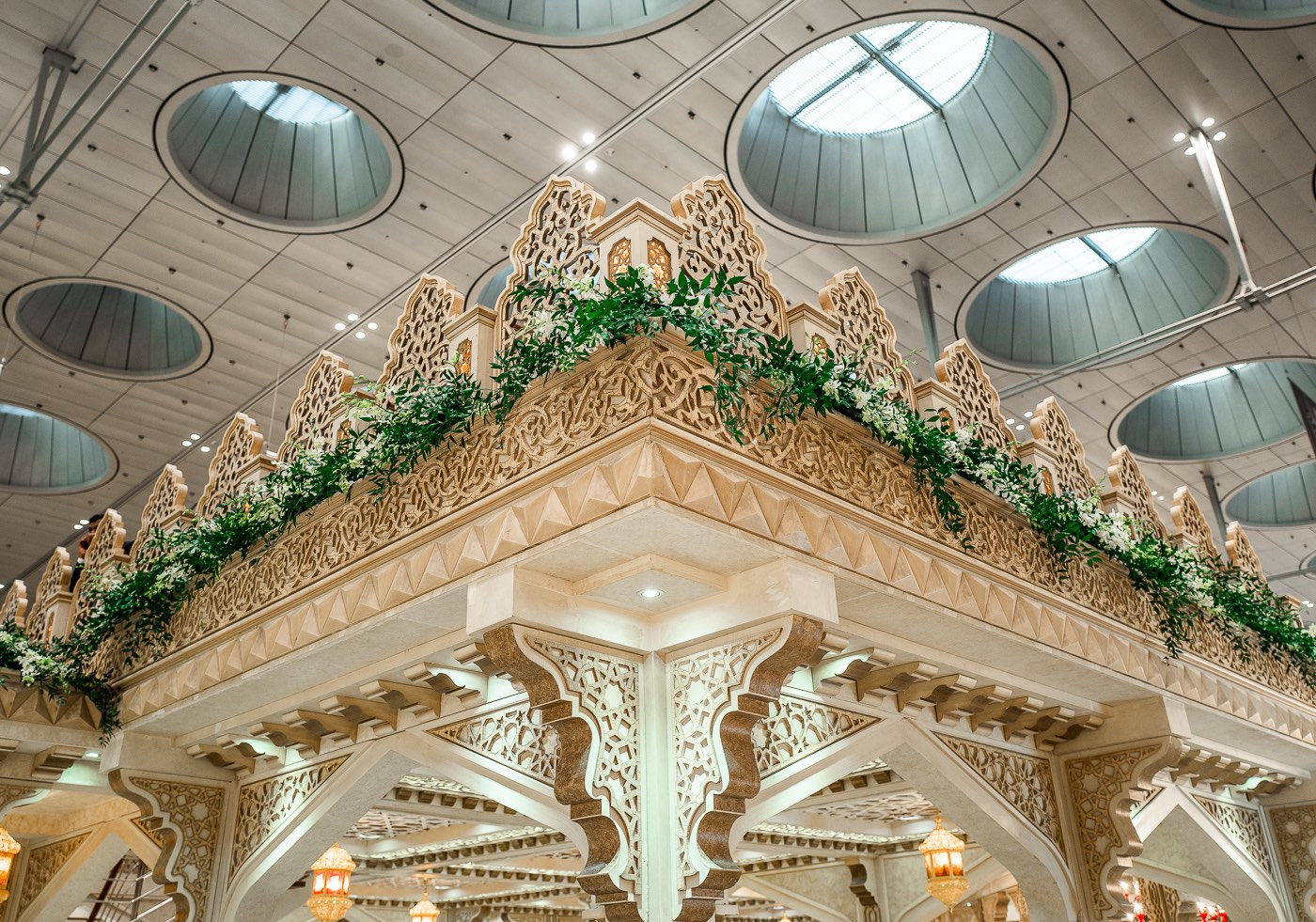 The exhibition areas done by the retailers were nothing short of elaborate and downright beautiful. They were clashing and contrasting with each other in the best possible way. For example, the Al Majed Jewellery area (hosting brands like A. Lange & Sohne, IWC, TAG Heuer, and Patek Philippe among many others) was clearly inspired by the traditional historic Islamic architecture of the region. The hallways hosting the brands were broken up by breathtakingly detailed entrances, rooms, and sitting areas. 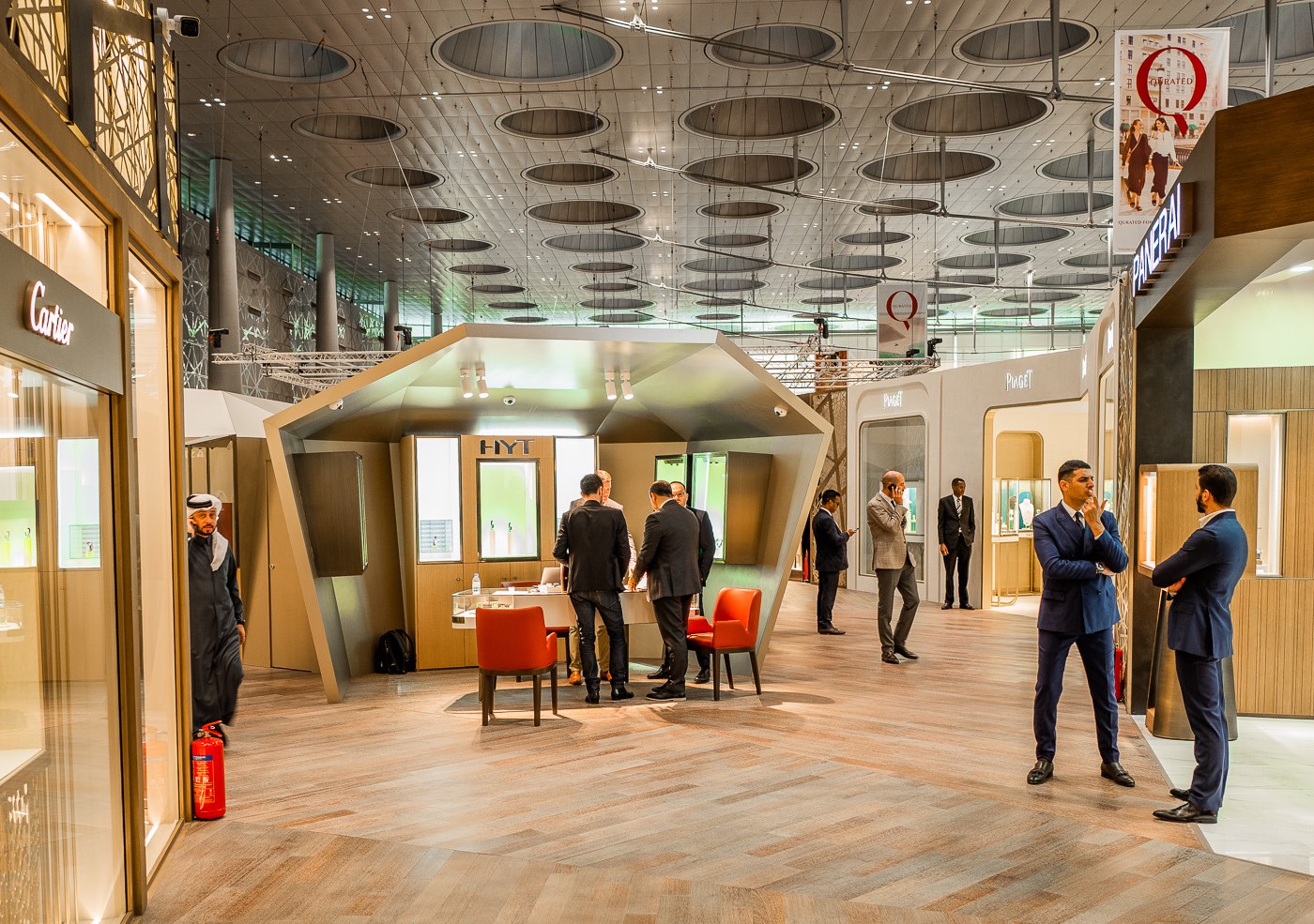 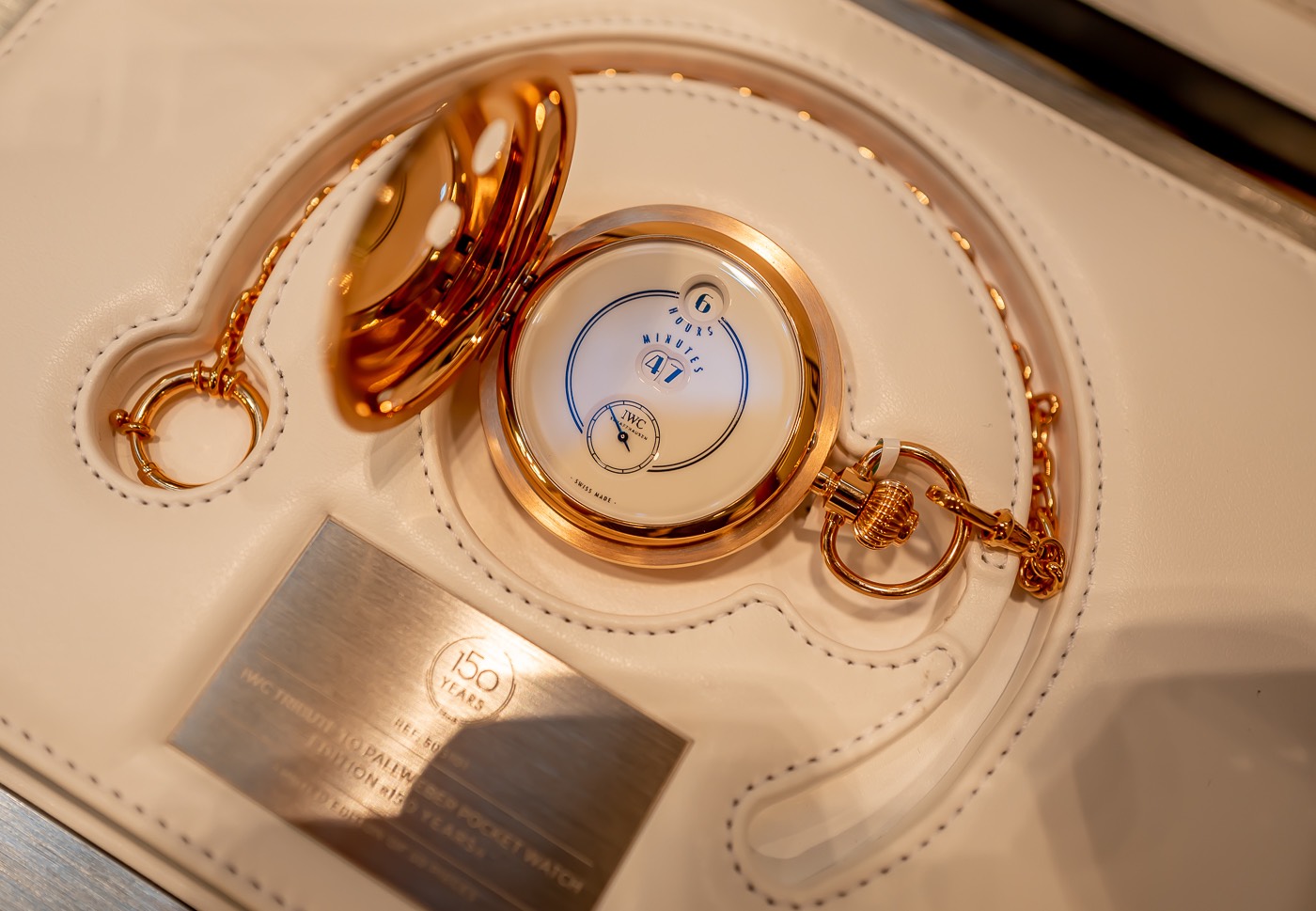 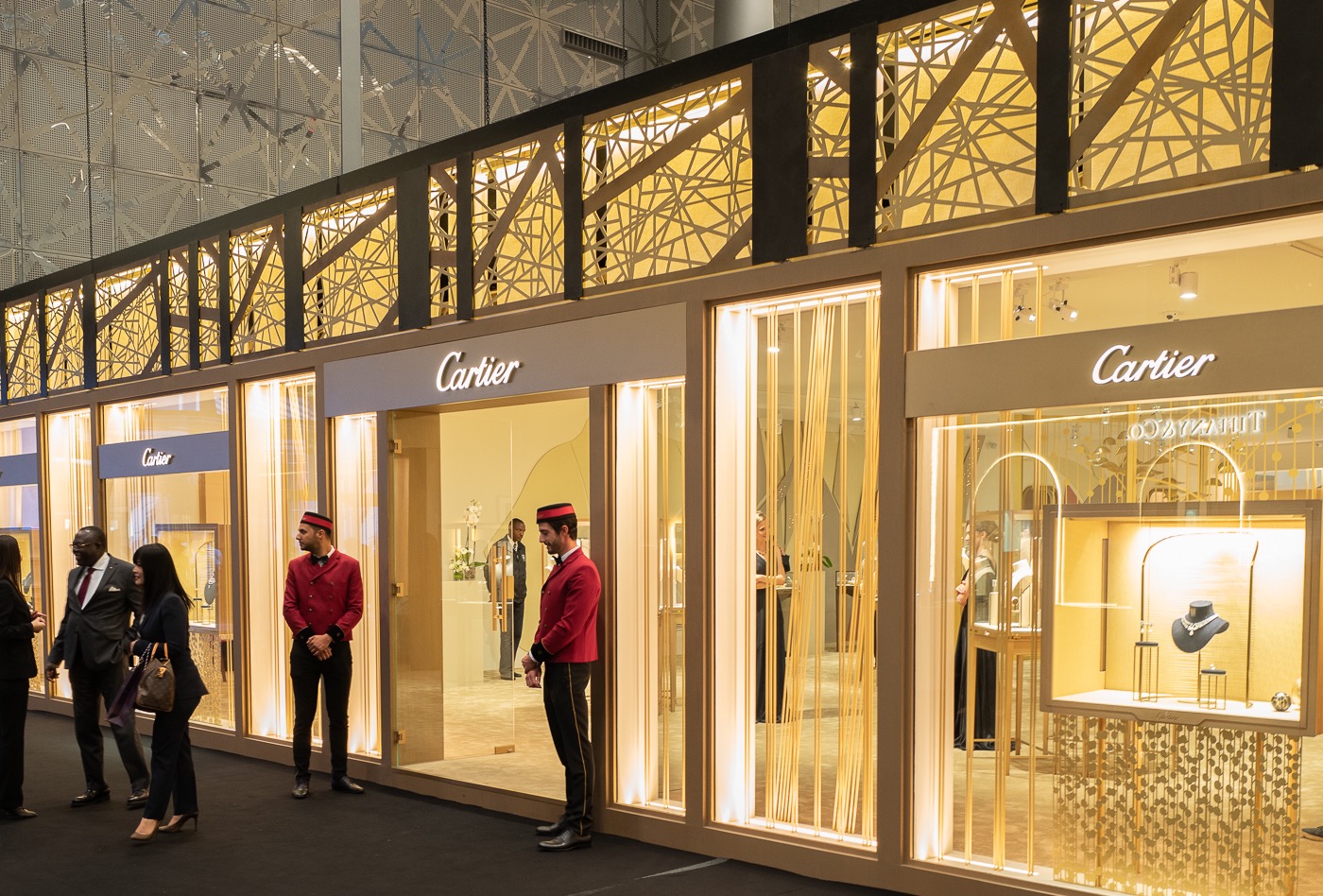 Directly across from Al Majed was the Ali Bin Ali exhibition area, retailers of a lot of Richemont brands such asPanerai, Cartier, and Piaget, as well as independents like Richard Mille, Audemars Piguet, and HYT. They had a starkly contemporary and minimalist area that was equally well thought-out and detail-oriented. Qatari department store Fifty One East was more demure but was consistently slammed with traffic, in part because they are the Rolex retailer. 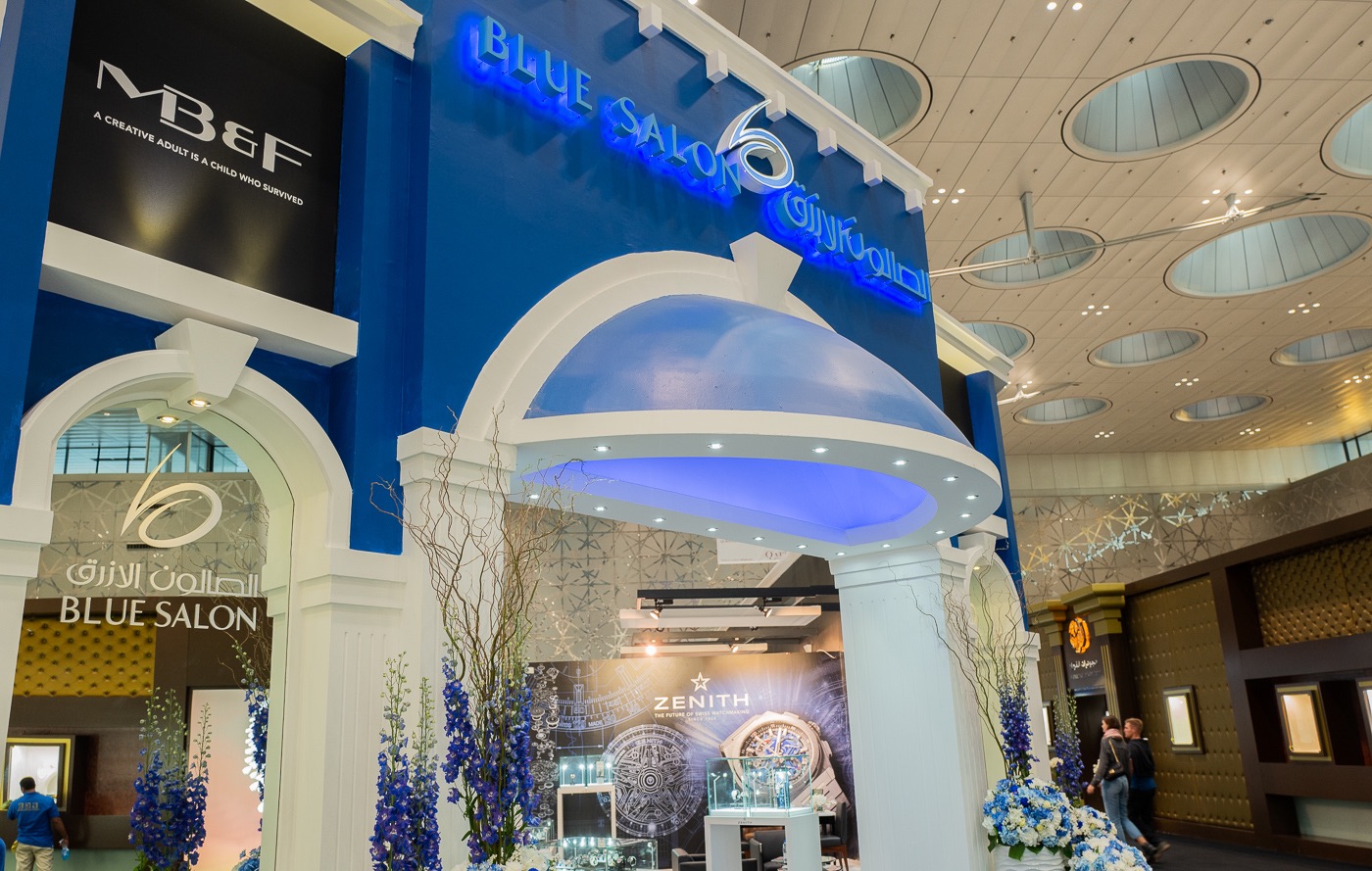 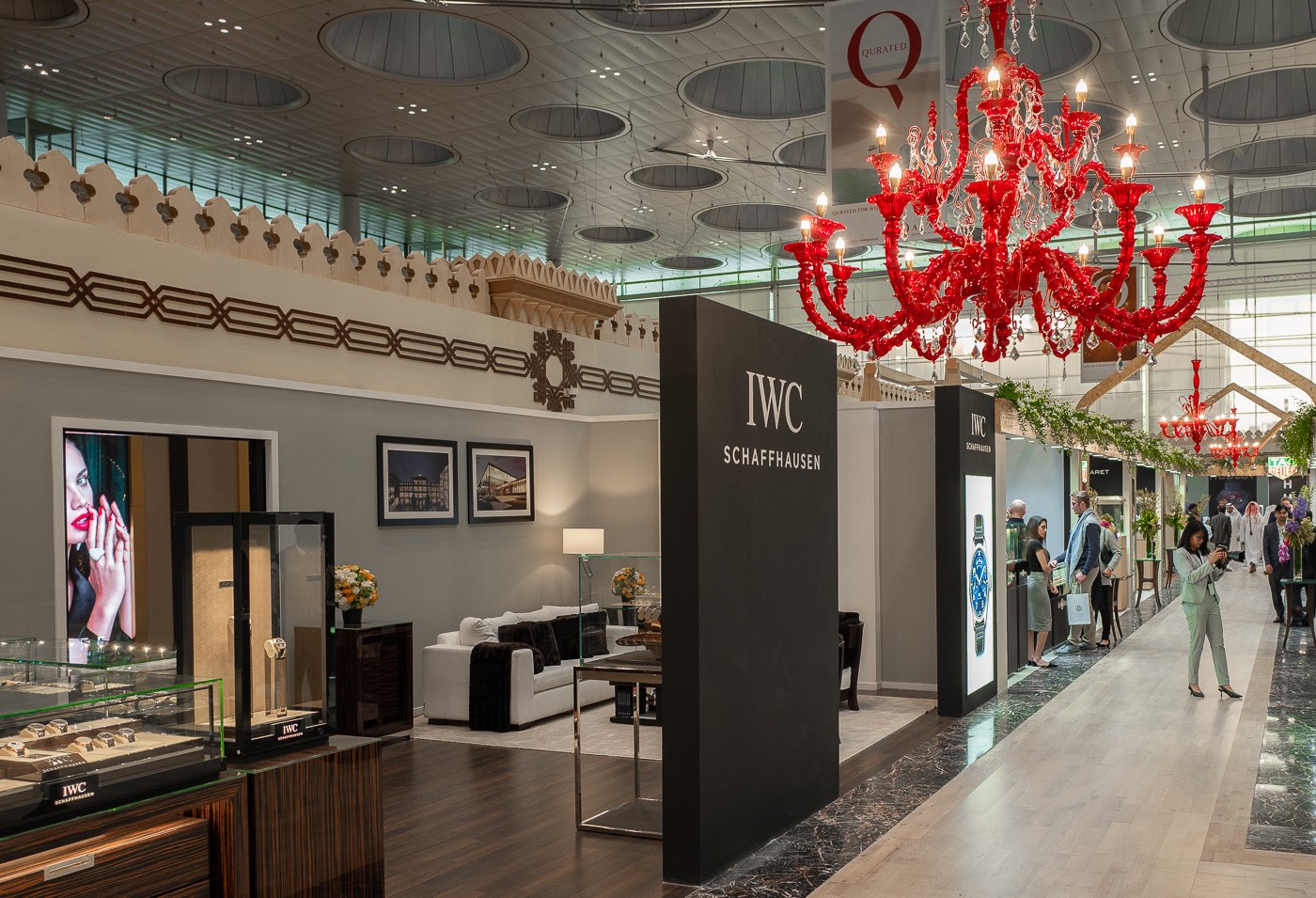 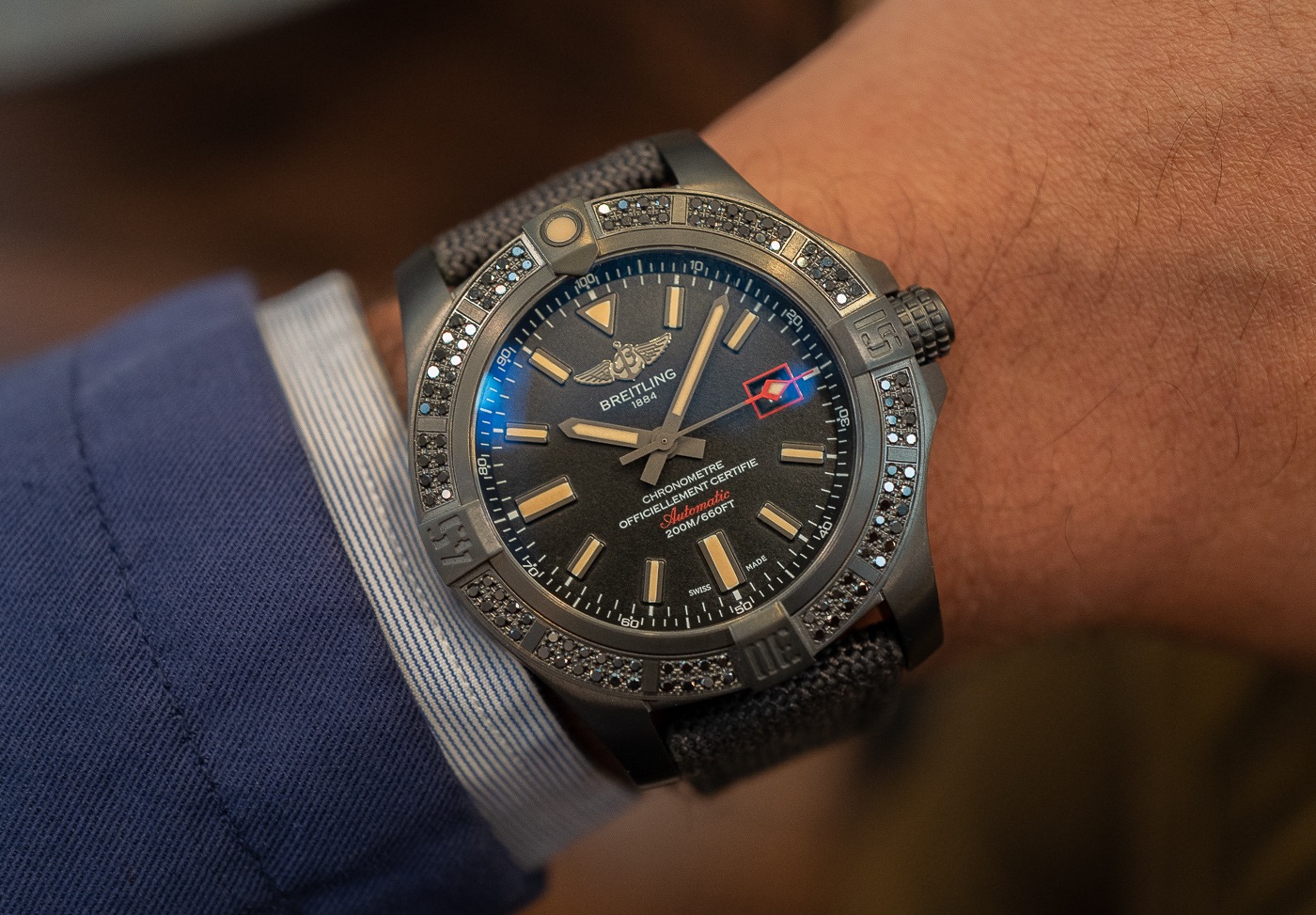 Finally, Blue Salon (another big regional department store) created an exhibition area where brands like Breitling, De Bethune, MB&F, Zenith, and several others had their latest offerings set up. I had the opportunity to chat with a lot of brand people, making sure to ask what the buying trends are in the region. Interestingly, but not shockingly, the hottest watches in Qatar and the Gulf are the same watches buyers want in the states and Europe. The Breitling everyone is going for? The new 44mm Superocean Heritage II B01 Chronograph. I, on the other hand, almost walked out with the Avenger Blackbird 44 in black titanium with gem-set bezel. 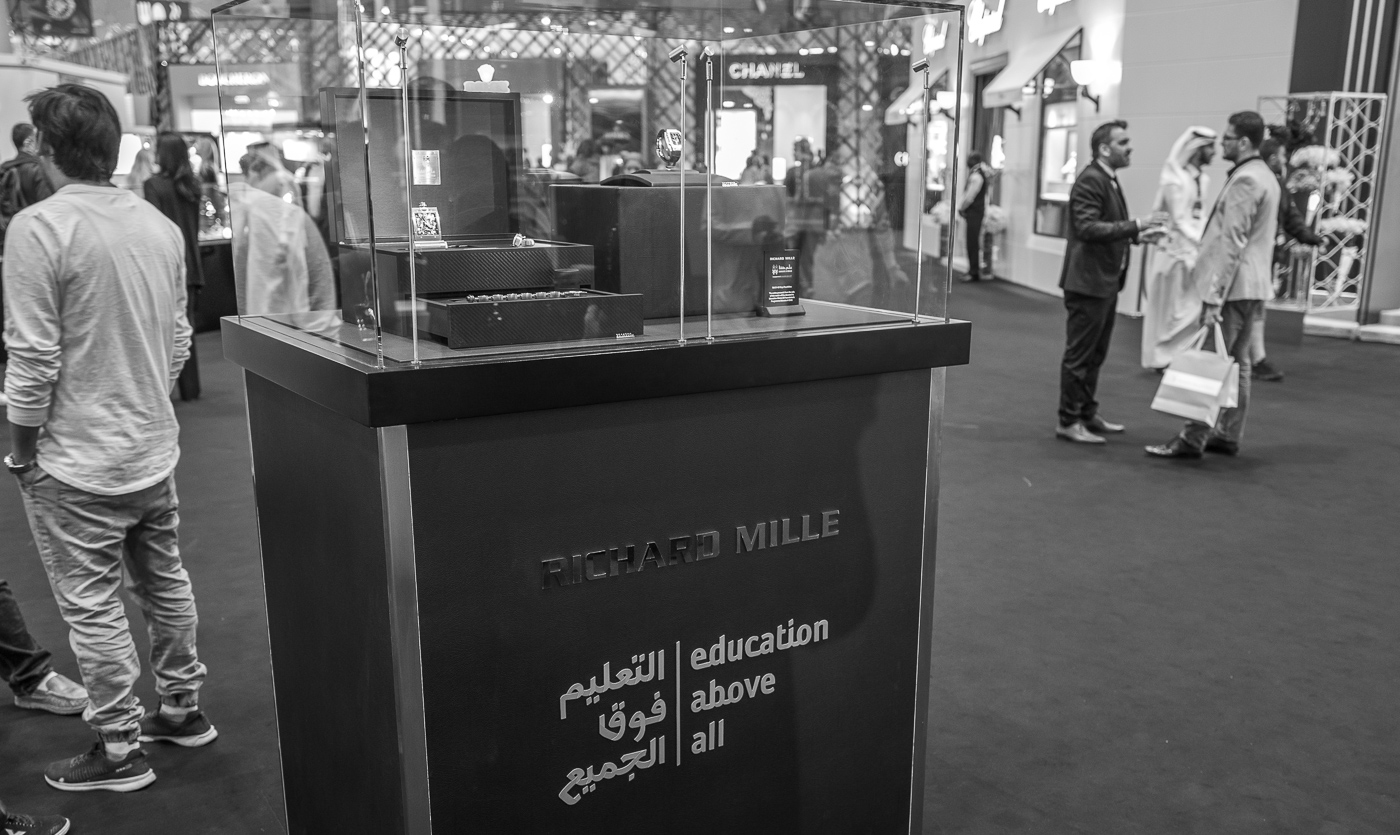 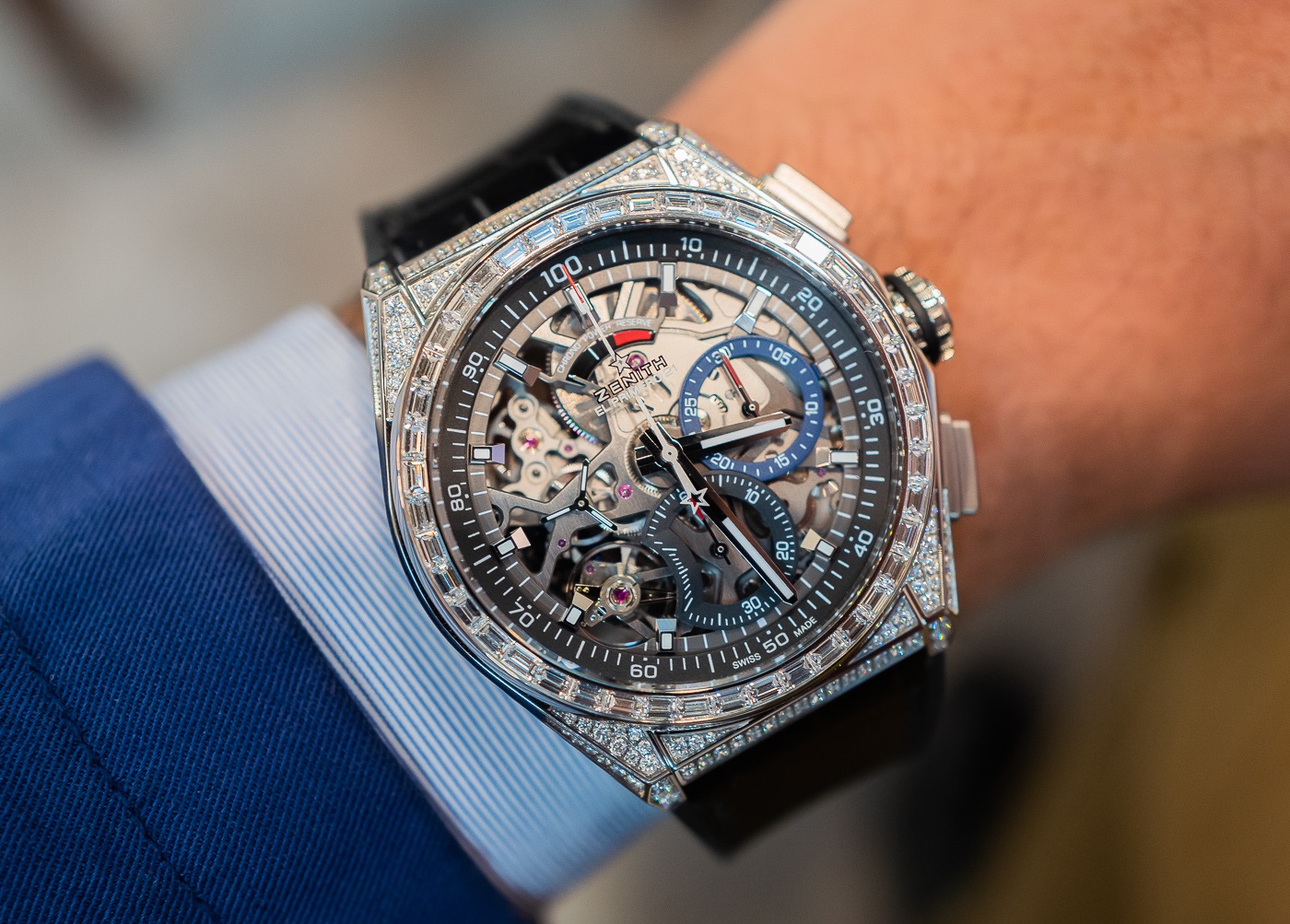 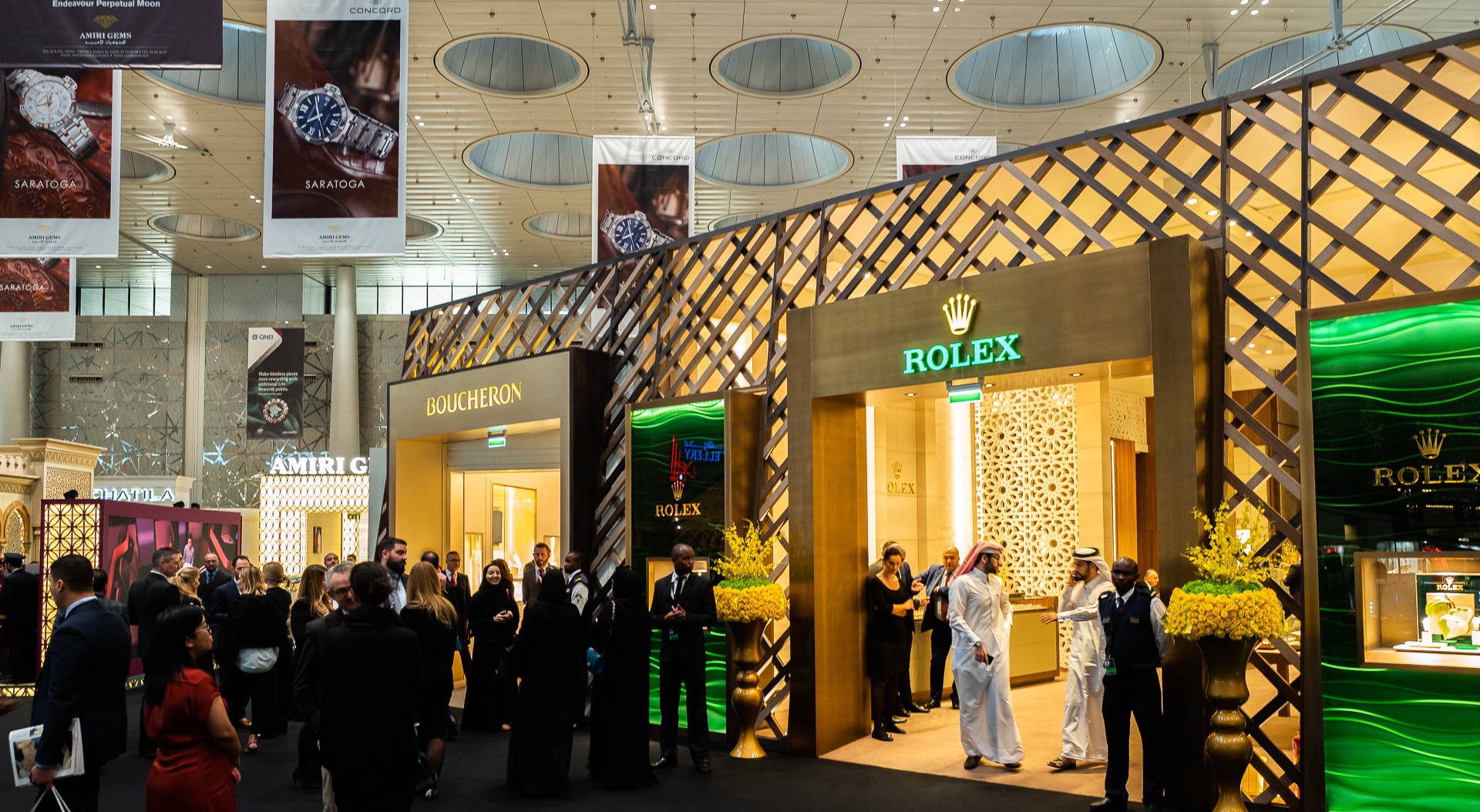 The Doha Jewellery & Watches Exhibition has recently taken several steps to make the watch portion of the show, not just a space to show off the newest product, but also a place for watch-lovers in the region to congregate, get educated, share their collections and, of course, shop. The brands know the buying power of the enthusiasts and collectors in this region, and they are dutifully putting effort into and investing in the show. I wasn’t sure what to expect going into the show, but it was such an impressive and thoughtful production that I’d certainly like to see what they do in future years.

Again, you can learn more about the Doha Jewellery & Watches Exhibition here.