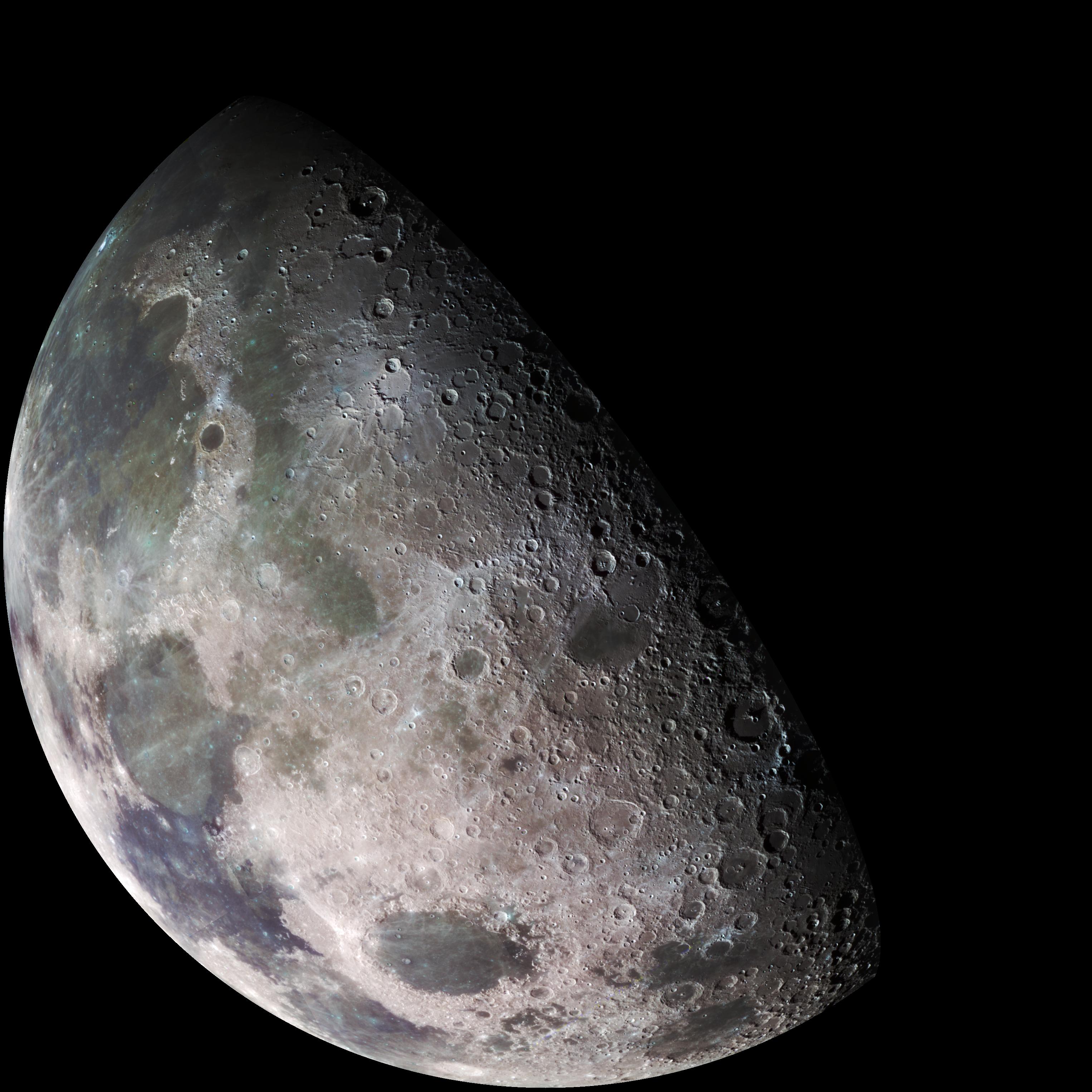 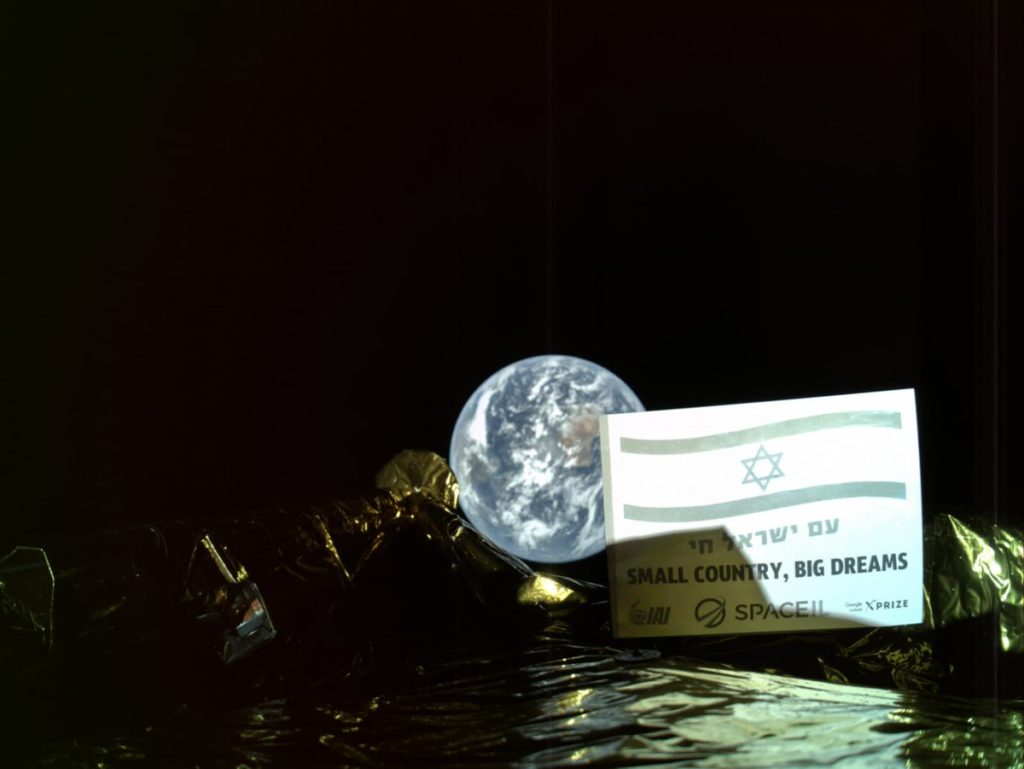 Beresheet taking a moment for a selfie.

On February 22, 2019, Israel-based SpaceIL launched the Beresheet lunar lander from Cape Canaveral, Florida in a quest to secure the coveted $30 million Google Lunar X Prize, awarded to the first privately funded spacecraft to land on the moon. Aside from the monetary award, national pride was at stake — only three countries have successfully landed a craft on the moon. Keep in mind that SpaceIL was attempting this feat on a shoestring budget, relatively speaking; the mission still cost roughly $100 million USD. Sadly, in the final minutes before touchdown on the lunar surface, a failure on the craft resulted in a “hard landing.” But, hey, any landing is still a landing, and when’s the last time you landed anything on the moon? In recognition of the fact that SpaceIL still managed to get a craft to the moon (only six other countries have ever orbited the moon), the X Prize Foundation awarded SpaceIL the Moonshot Award in recognition of its achievement.

So, why are we writing about a lunar mission on a watch website? Many of us watch enthusiasts have a fascination with the allure of space travel, and this mission got us wondering about just how critical timekeeping is when you’re shooting something the size of your basement hot water heater through the vacuum of space at 10 km/sec. And, of course, there’s a watch connection as well — Maurice de Mauriac produced a special edition SpaceIL watch specifically in support of this mission (more on this below). 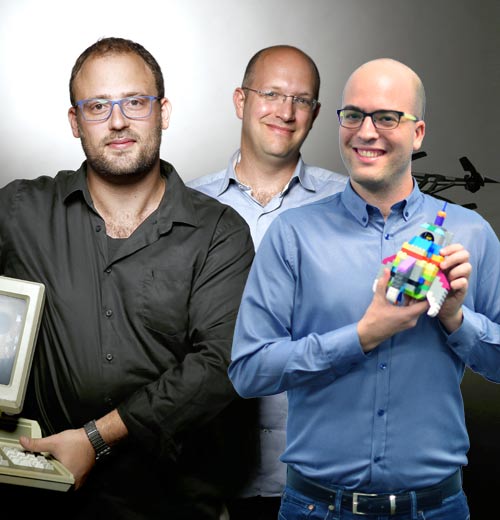 For decades, watches and space travel have been inextricably linked in the eyes of watch enthusiasts, thanks in large part to Omega’s relentless (and effective) marketing efforts. Indeed, the “14-second burn” scene in Apollo 13 has become canonized in horological cinematic lore. For those uninitiated, the scene recalls the event when the crew of Apollo 13 was forced to do a flight correction on their premature return to earth, lest they effectively miss earth and hurtle into the void with no possibility of return (how terrifying is that?). Due to malfunctioning clocks on the craft, Command Module pilot Jack Swigert had to time the 14-second burn with his Omega Speedmaster chronograph, solidifying Omega’s link to space travel and ensuring decades of marketing fodder. While Beresheet may have been unpiloted, the importance of timing burns correctly and precisely was no less real.

I had the opportunity to speak with Yonatan Winetraub, one of the co-founders of SpaceIL, and learn more about the exacting timing standards required for a lunar mission. First, I had to know if there was a moment when tensions were at their highest — SpaceIL’s version of the “14-second burn.” Indeed, there was, and Winetraub described the scene. Twenty-four hours before landing, the spacecraft was in a tight lunar orbit, positioning itself for a precise landing on the lunar surface. “The last orbit was 15km above the surface of the moon, and that orbit was critical for setting the final conditions for the landing,” he says. And consider: Mountain ranges on the moon rise to 10km, so Beresheet was skimming the surface, a hair’s breadth from disaster. To make matters worse, “A burn of the main engine drops the craft 5km/second, so if you run one second too long, it will drop the altitude (perilune) from 15km to 10km in one second of overdoing it.” Yikes. If you want to get a more visceral sense of the scene, the photo below was taken by Beresheet just a day before the attempted landing during that nerve-fraying event. 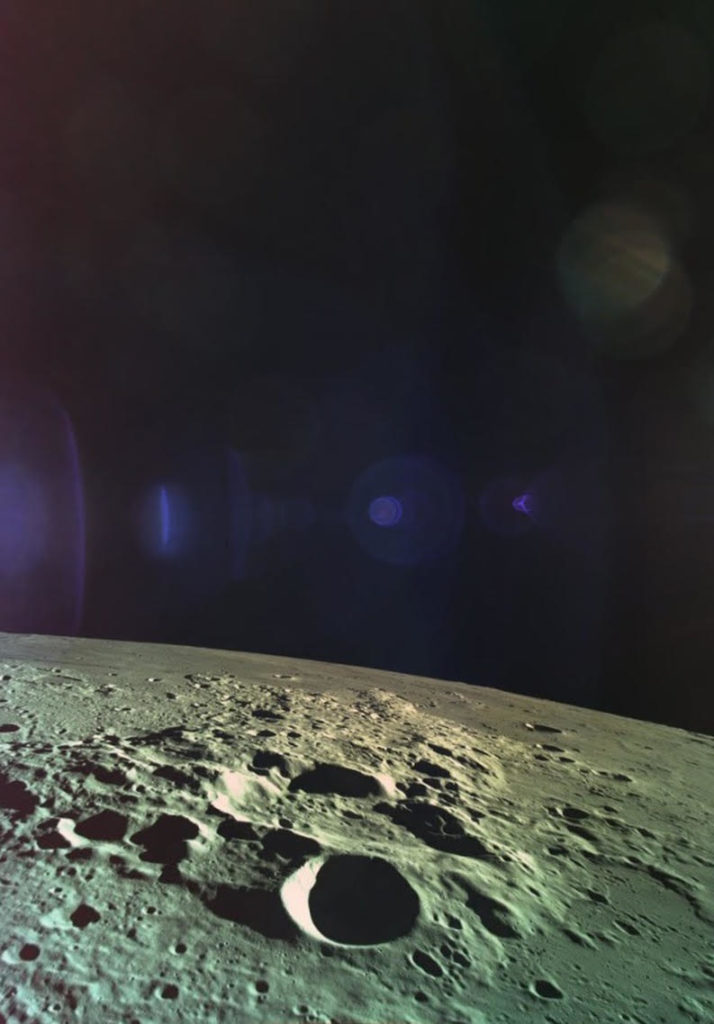 So yes, timing is absolutely critical to mission success. Sorry Omega, but a Speedmaster’s not going to cut it here when millisecond deviations can result in crashing a multi-million-dollar spacecraft into a lunar mountainside or hurtling ot out into empty space. Now, it’s easy to think about a single burn for a course correction or adjustment — doesn’t seem too terrible, right? But I’ll let Winetraub put it in perspective: “First, the spacecraft is traveling more than a kilometer per second —faster than a bullet (delete by a factor of 10). That’s an enormous speed, but then the spaceship has to reach the moon at a particular time and place at speed zero.” Or, as Winetraub puts it succinctly, “Too slow, you’re going to crash. Too fast, you’re going to crash.” 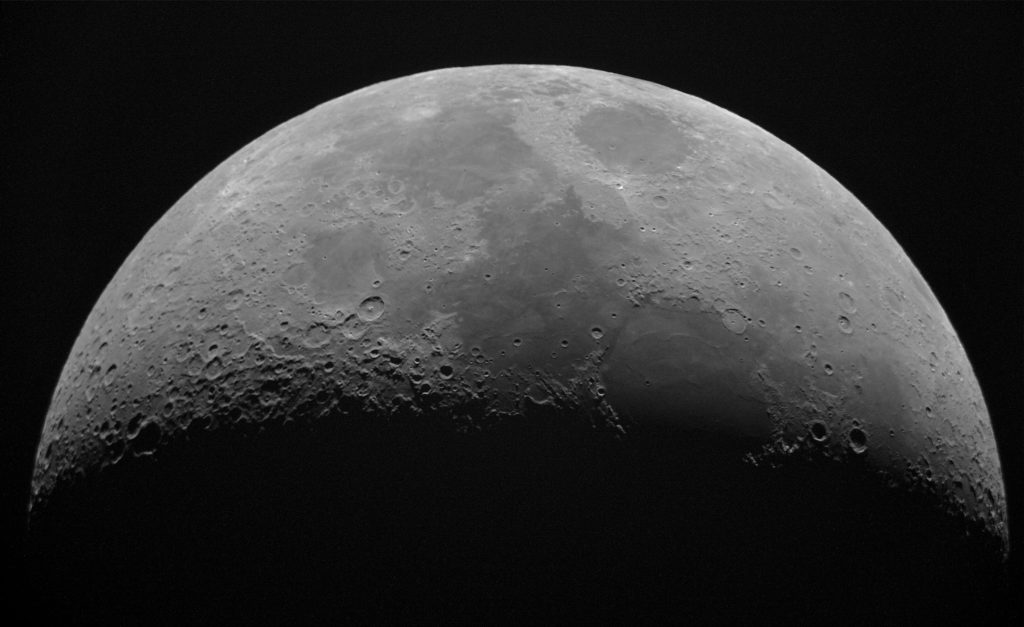 Not surprisingly, the spacecraft has a timekeeper on board in order to autonomously execute many functions at specific, exceedingly precise, times. That’s not always the case though, and “Some [timekeeping] is done manually, especially when things come up. There are some times when there’s manual intervention.” Seems straightforward, but physics is notoriously pesky, and things are never simple when it comes to space travel. First, keep in mind that a signal traveling at the speed of light takes 1.25 seconds to reach the moon. But, of course, Beresheet was traveling at mind-numbing speeds in orbits of varying dimensions around both the earth and moon, meaning the time for a radio signal to travel to the craft constantly varied in latency. In other words, “You might not press the button at the right time.” That’s putting it lightly. On top of that, clocks on earth must synchronize with the clock aboard the spaceship and deal with drift from a number of engineering related errors that contribute to clock misalignment (and, if you want to get really picky, time dilation due motion and gravity — time to brush up on Einstein and relativity). Winetraub noted that the difference between the clock on the craft and clock in the control room came to 12 seconds by the end of the mission, all of which had to be accounted for during the month-and-a-half of space travel. 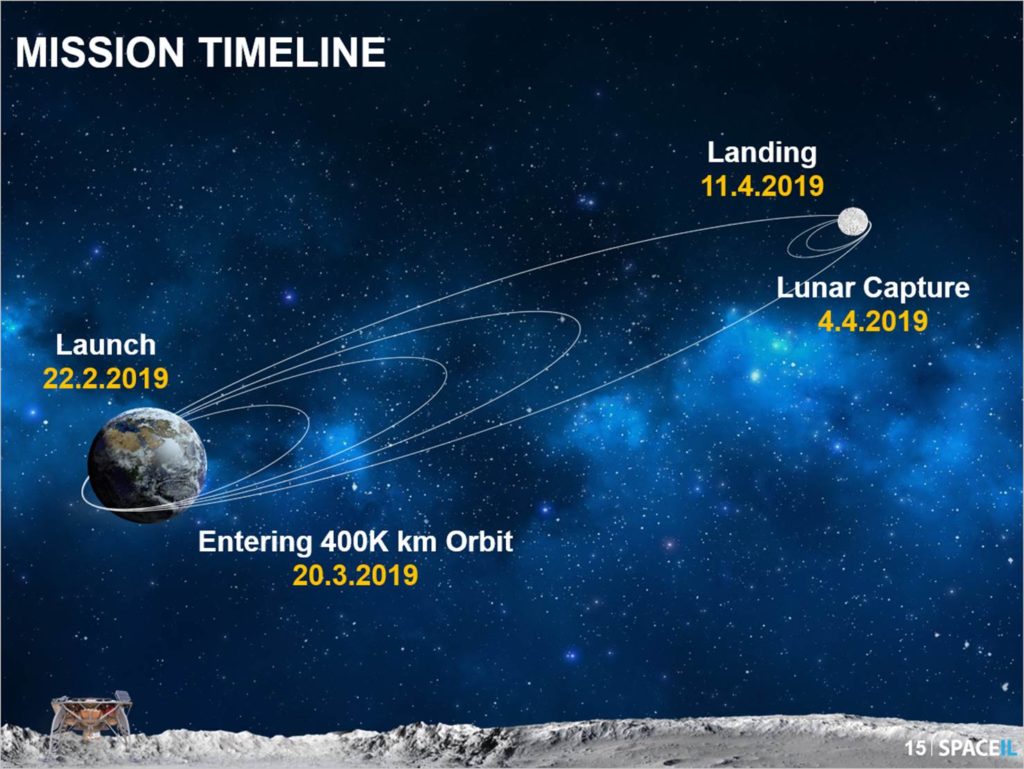 As you can imagine, a mission of this scope involves a massive commitment from hundreds, if not thousands, of dedicated people. One thing that Winetraub was adamant to note was just how collaborative the entire project was and how many young people they were able to meet and inspire — in fact, the volunteer team met over one million kids! From the Israeli Aerospace Industry (IAI) to NASA, to donors big (Morris Kahan, who is also SpaceIL’s president, Sheldon and Dr. Miriam Adelson and others) and small (Winetraub was keen to emphasize just how important the small donors were key to the success of the project), to the armies of volunteers, this was a huge group effort. And, because this is a watch website, after all, there was, of course, a watch brand keen to get involved with SpaceIL and help with the mission: Maurice de Mauriac. 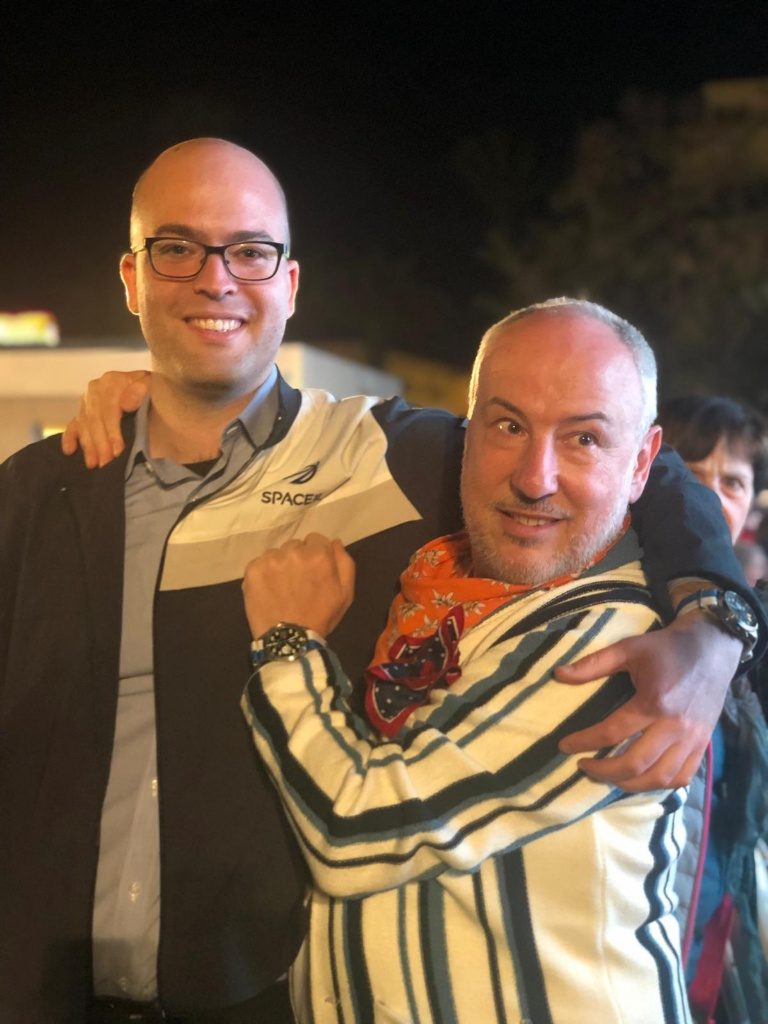 Through several fortunate coincidences, Switzerland-based Maurice de Mauriac’s founder, Daniel Dreifuss, met with the co-founders of SpaceIL in an Israeli flea market (why not?) and concocted the idea of a custom watch to support the mission. The result was the Maurice de Mauriac Chrono Space Team IL — a steel, 39mm, ETA 7750-based chronograph with the SpaceIL logo filling in for the running seconds at 9 o’clock. Limited to 180 pieces, a portion of the 3,900 CHF price for each piece supports the missions of SpaceIL. To me, this watch epitomizes the collaborative, community-based spirit of SpaceIL. 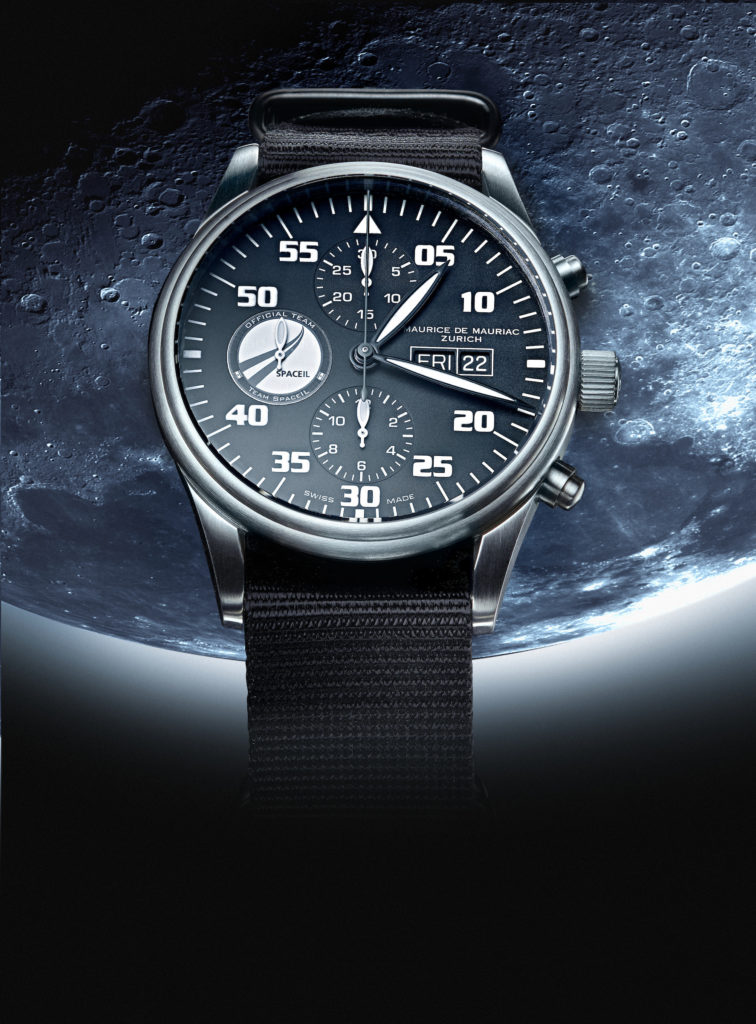 The entire Beresheet mission began with three guys (Yariv Bash, Kfir Damari and Yonatan Winetraub) in a bar wondering, “What if?” Many of the most incredible achievements in science began exactly the same way. Eight-and-a-half years later, hundreds of people got involved, dedicating their time, money, and expertise to a singular purpose: helping SpaceIL reach the moon. Thousands of school kids in Israel and across the globe followed SpaceIL from its initial planning stages to the “hard landing.” No, it wasn’t the landing they’d hoped for, but really, what makes for a successful mission? Sure, landing safely on the moon was always the primary goal, but Winetraub and the rest of the SpaceIL crew also had a broader goal in mind: inspiring kids around the world and sparking interest and wonder in the next generation. The message, says Winetraub, is this: “Science is hard and it doesn’t always work the first time, but it’s within your power.” To me, that’s the heart of exploration and discovery. 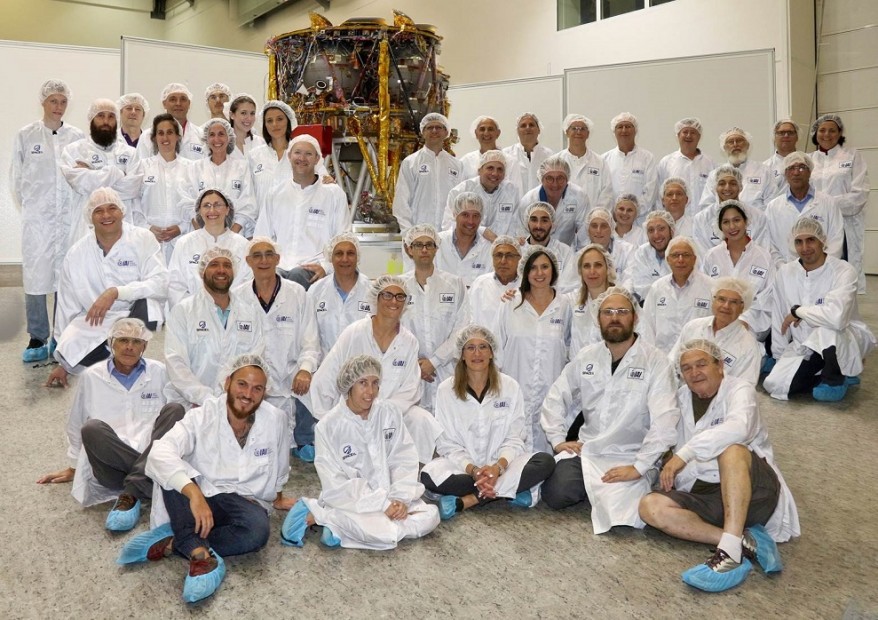 Almost immediately following the conclusion of Beresheet’s mission, Beresheet 2 was announced as a go. A safe landing on the moon remains the primary objective. After that? Who knows. With all the interest in Mars, I had to ask if that was on the radar. As Winetraub says, “We haven’t finished our job with the moon, but once we do that, the sky’s the limit.” In a welcome, encouraging spirit of collaboration, Winetraub also noted, “We’re hoping that other agencies and companies can pick up on the designs we did and go even farther out. The moon is just the beginning.” Speaking of beginnings, Beresheet is named for the Book of Genesis, but also means “in the beginning.” It’s hard to think of a more appropriate name. Says Winetraub, “We hope this is just the beginning, and kids in the audience will build spaceships that will go far beyond.” 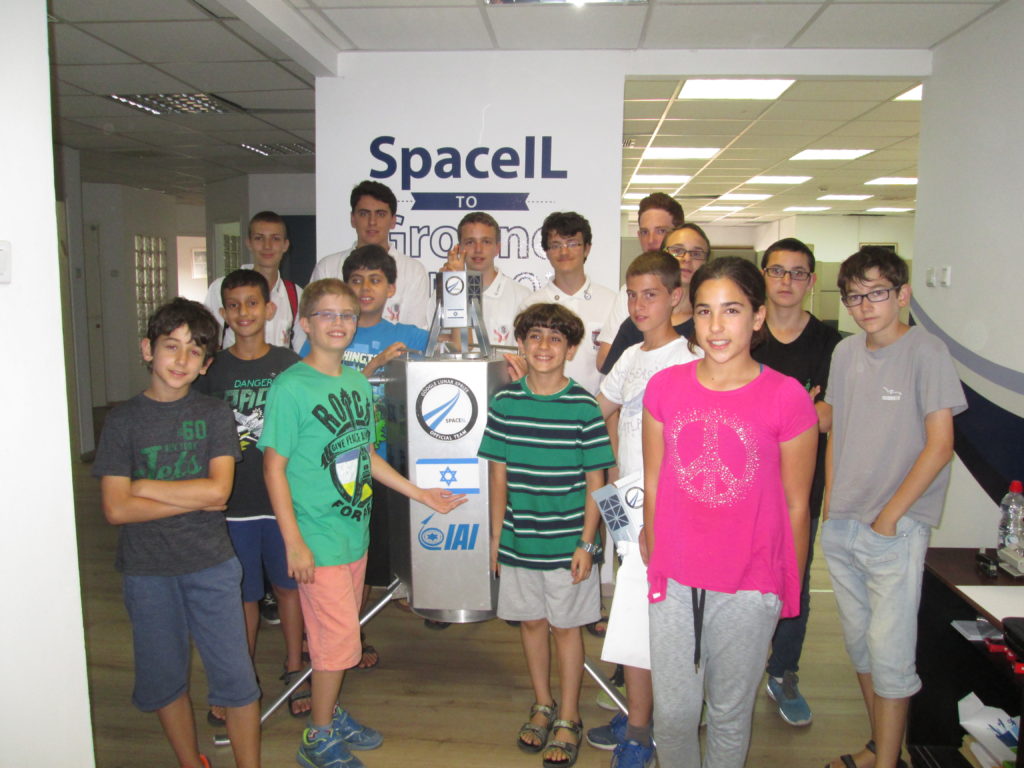 To wrap up, I want to relay a story Winetraub told me in closing. After the hard landing, the SpaceIL team received a flood of letters in support, especially from kids. One child, in particular, contacted them on Facebook. She was saving money for a bike, but after watching the hard landing, decided she wanted, instead, to donate it to Beresheet 2 so they could complete the mission. That is a level of passion and personal investment in exploration that is invaluable to the future of science and discovery. Sure, SpaceIL may not have completed the “soft landing” as planned, but they accomplished something much more valuable in sparking the imaginations of kids in Israel and around the world.