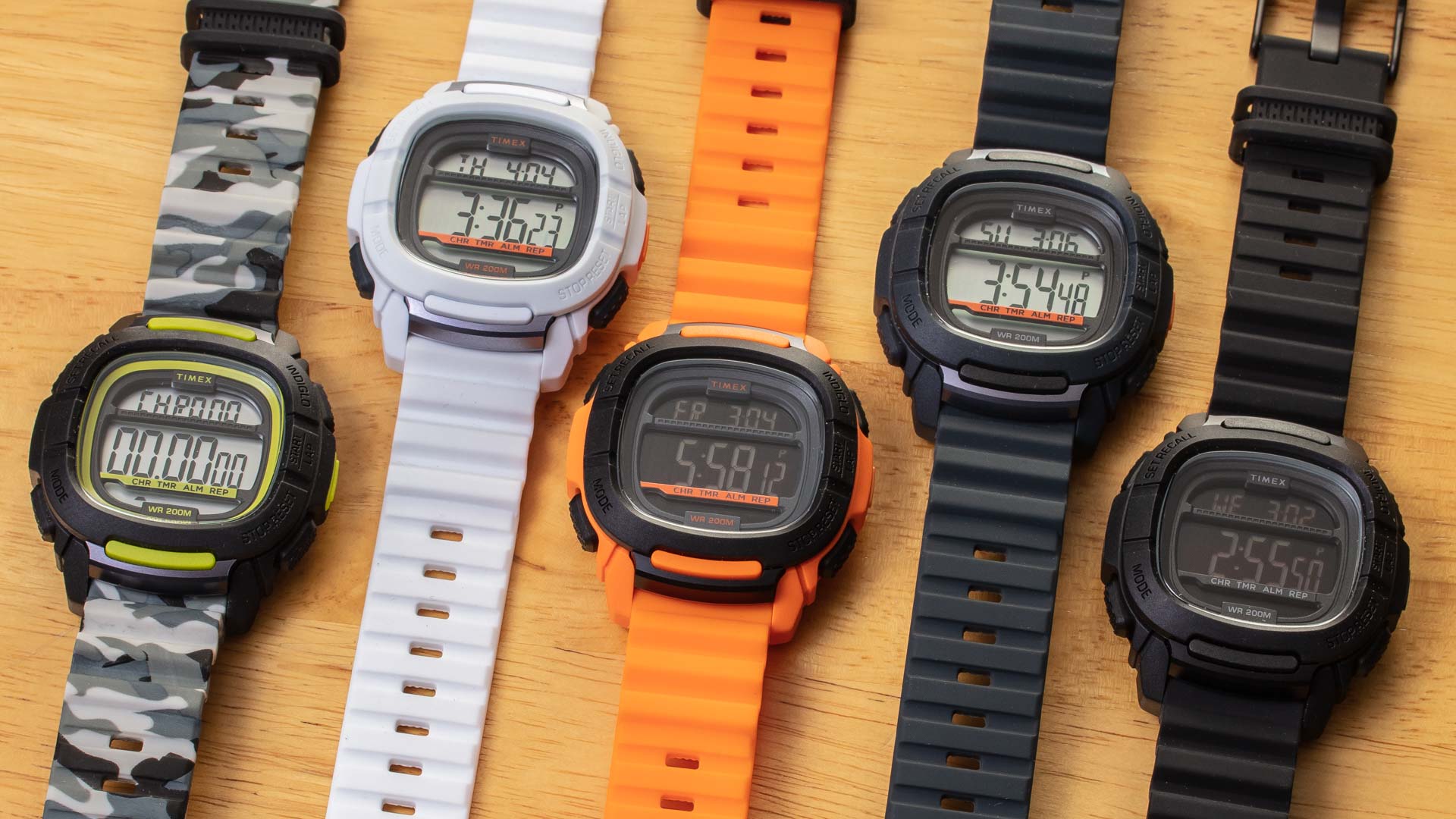 When I originally saw the upcoming “Boost” watches at the Timex headquarters awhile back, I was immediately drawn to their fun, inspired design and distinct focus on utility and legibility. Since then, the watch originally known as the “Boost” (when I first saw it) changed names twice finally being called the Timex Command 47. It has a sister collection of slightly less visually distinctive Command Urban digital watches. The “Boost” design, in my opinion, is spot-on for today, with an overall look suited as much to street wear as on the wrist of an actor in a science-fiction movie.

You wouldn’t think twice if you saw this watch on the wrist of someone in an Avatar movie. With a price under $100, the Timex Command 47 collection is an easy winner if you are looking for a durable digital sports watch and, for whatever reason, can’t seem to find a Casio G-Shock that you like. Timex wants a bigger piece of the pie when it comes to the “hip” digital watch market. Even though Timex has had years of success with the popular digital Ironman collection (notably worn by some prominent politicians, such as former U.S. presidents), the Ironman digital watch collection never struck a lasting note with the younger market. 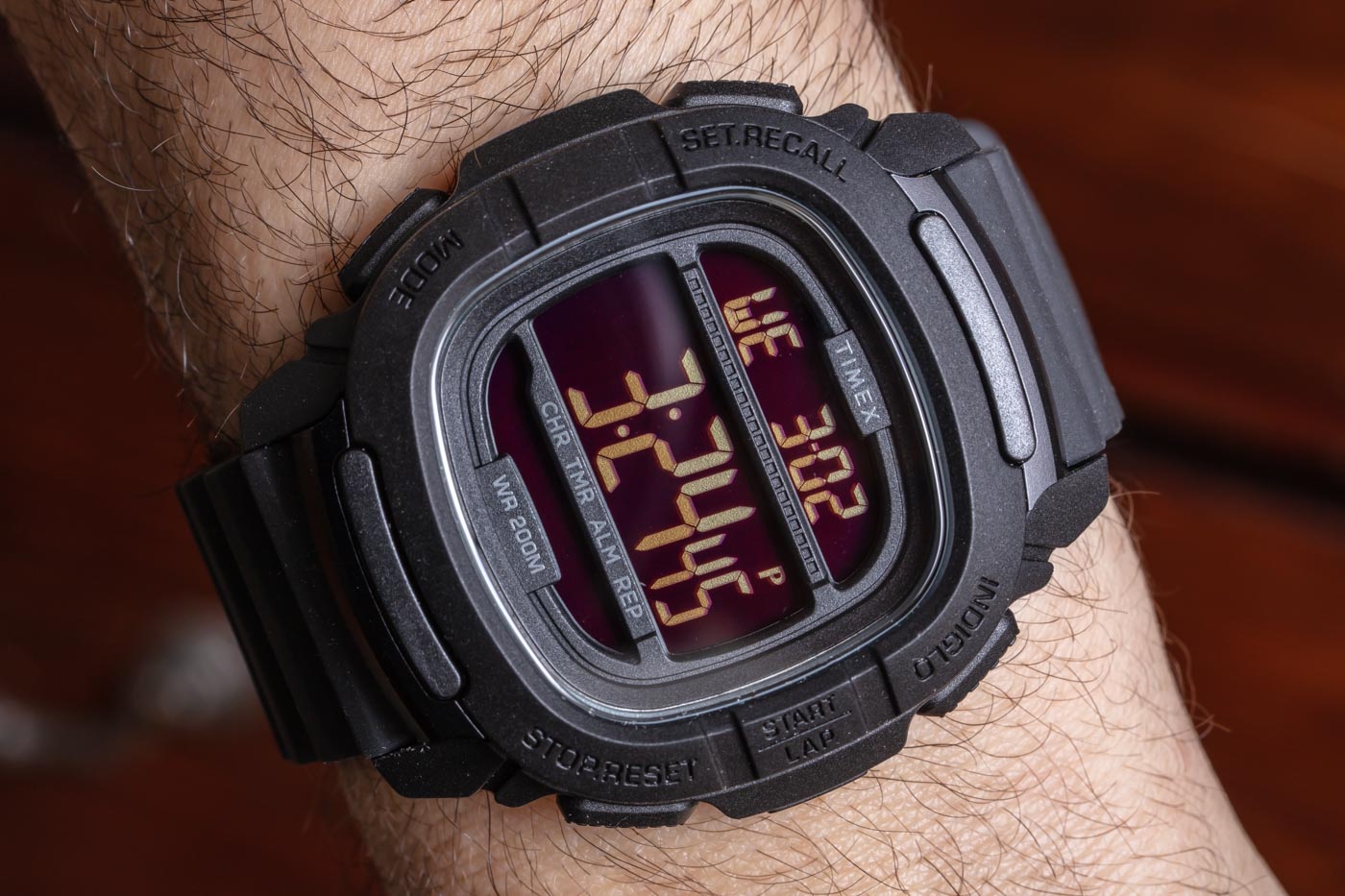 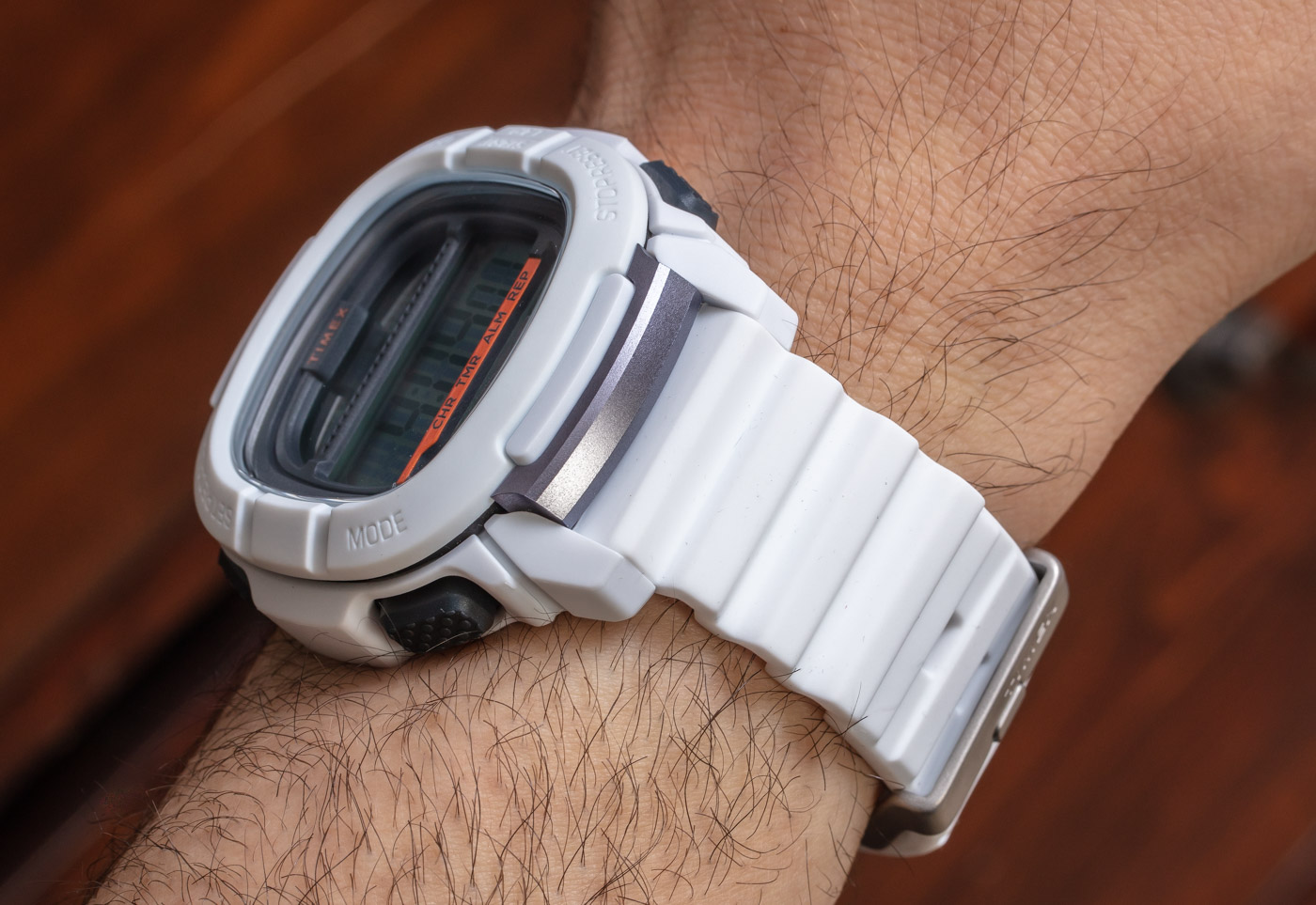 The Timex Command 47 collection isn’t revolutionary but it is a genuinely good design and one that has ergonomics down. On paper, the collection tries to match standard Casio G-Shock fare with a resin case water resistant too 200 meters and the ability to sit lightly and comfortably on the wrist. I very much like the vintage TV screen-style dial shape, which is echoed by the case. 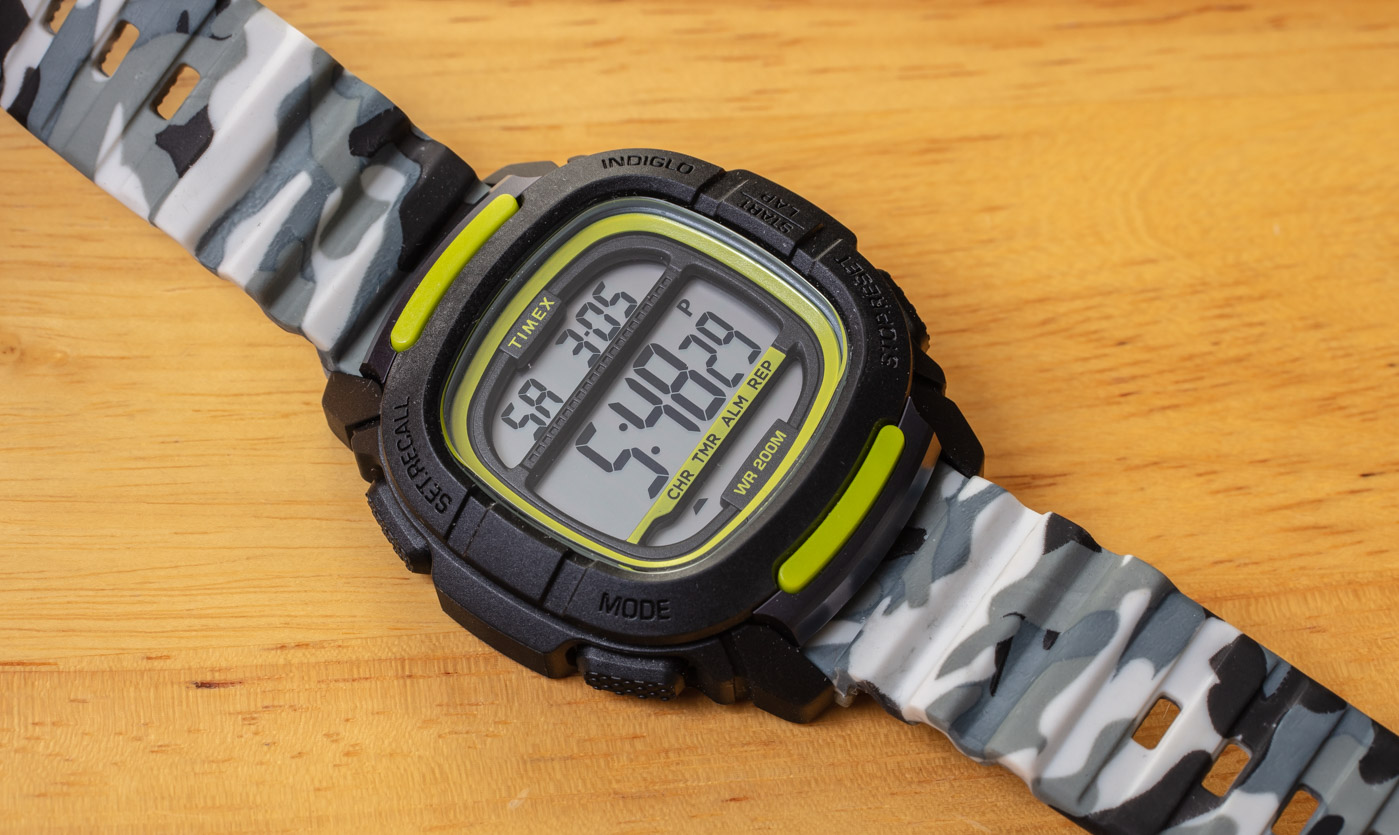 The user operating system is dead simple to understand and on-screen prompts make Timex’s user interface simpler to set than most of those produced by Casio. In defense of our friends in Japan, most Casio G-Shock watches today are much more complex in functionality (at least the G-Shock watches that interest me today), but Timex has it down when it comes to the time, calendar, chronograph, countdown timer, and several daily alarms. 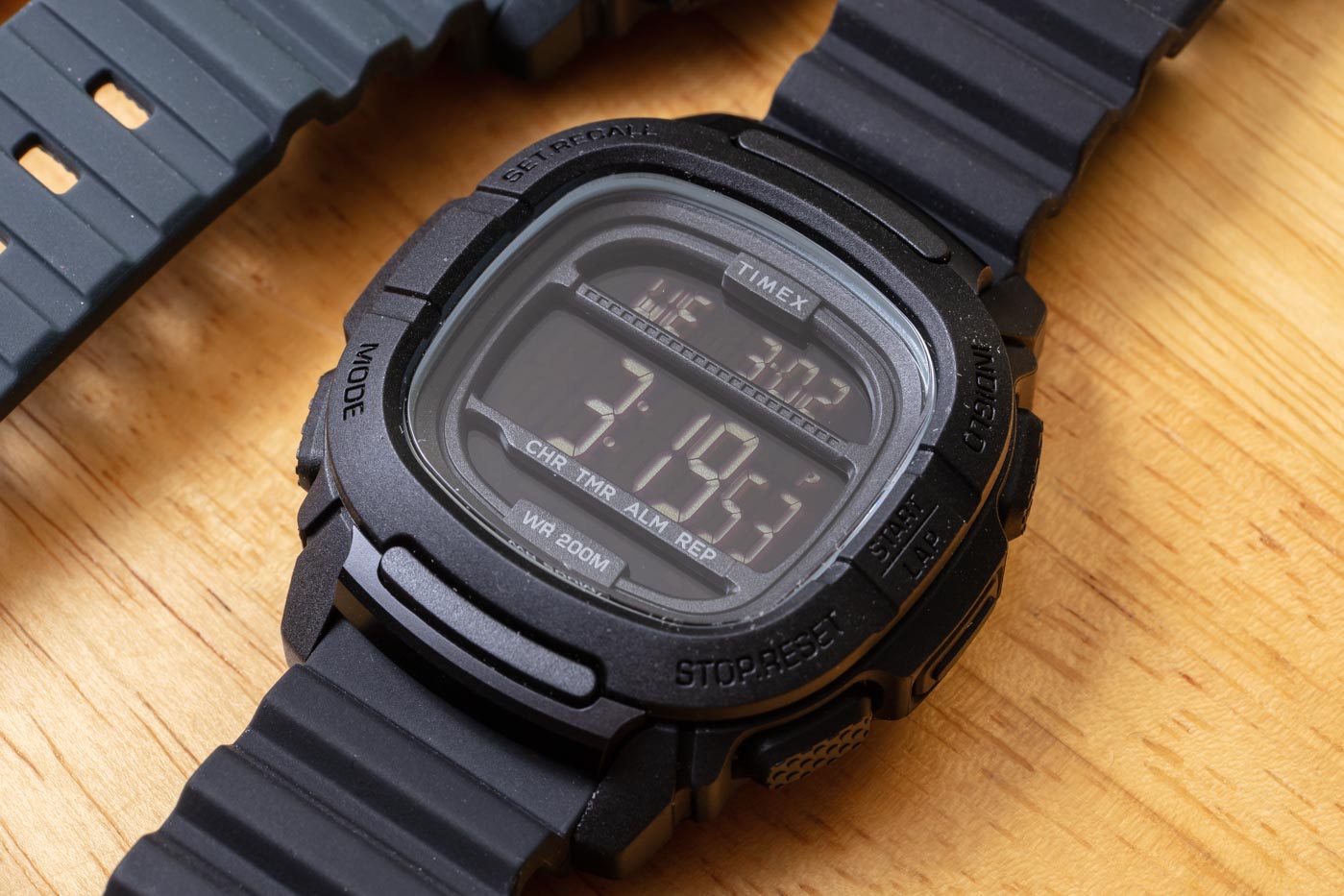 Timex also has its proprietary Indiglo backlight system, which continues to be pleasant to use long after its original development. Basically, when you push the backlight button, just the numerals light up and not the entire LCD screen. The debut collection of five Command 47s has both normal and “negative” LCD displays, depending on your style preference. The standard non-black LCD screens might not look as cool, but they have the edge in legibility. 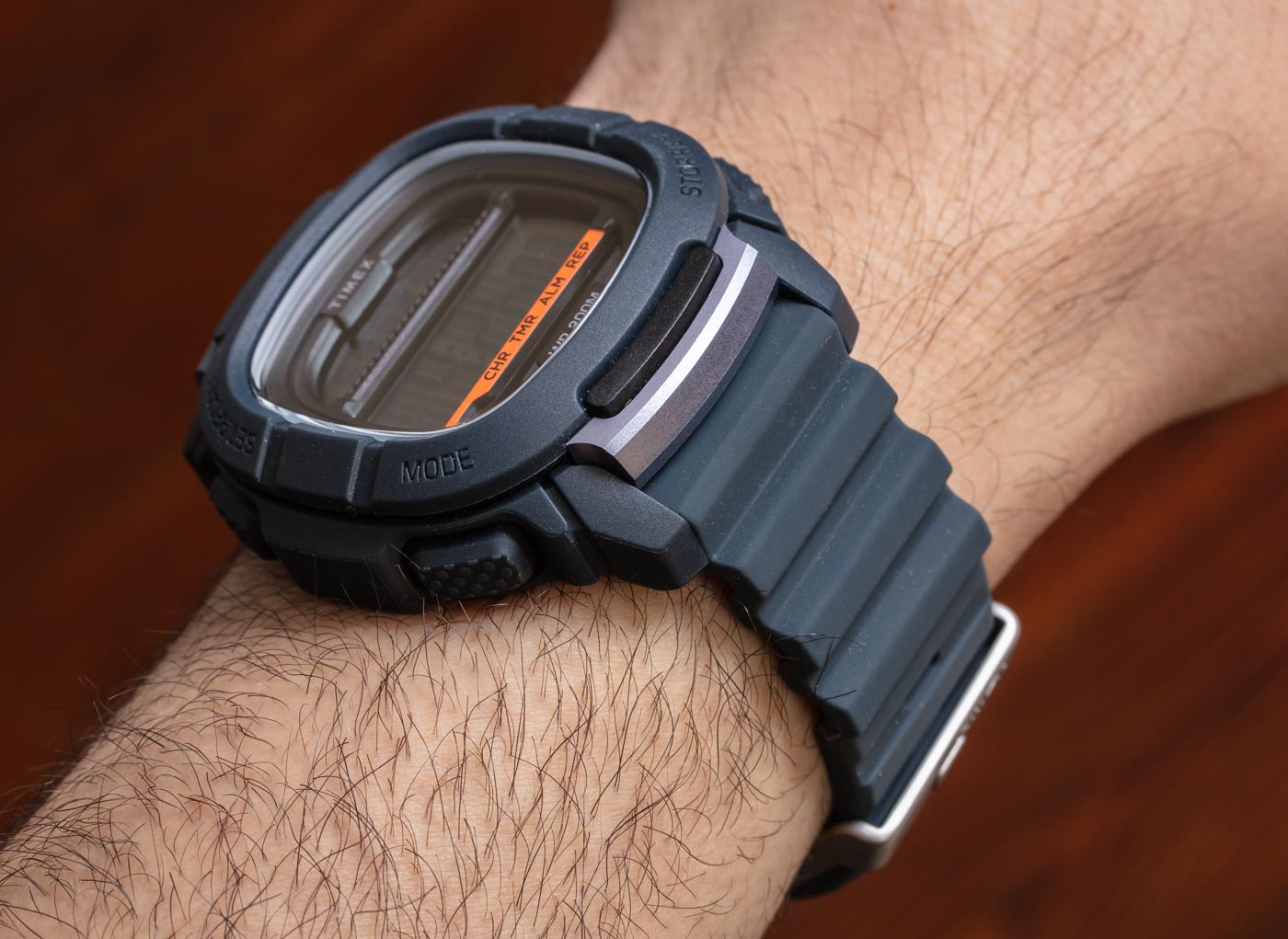 The Timex Command 47 case (as the name implies) is 47mm-wide but very wearable, given its short lugs. Attached to the case is a silicone strap that the user can easily remove as it has quick-release pins (that is something we have yet to see from Casio, actually). The silicone straps are soft and comfortable to wear. They can also be pretty easily rinsed off if they get dirty. Timex promises that, as a rugged looking watch, the Command 47 will also be highly shock-resistant and, of course, drop-resistant. 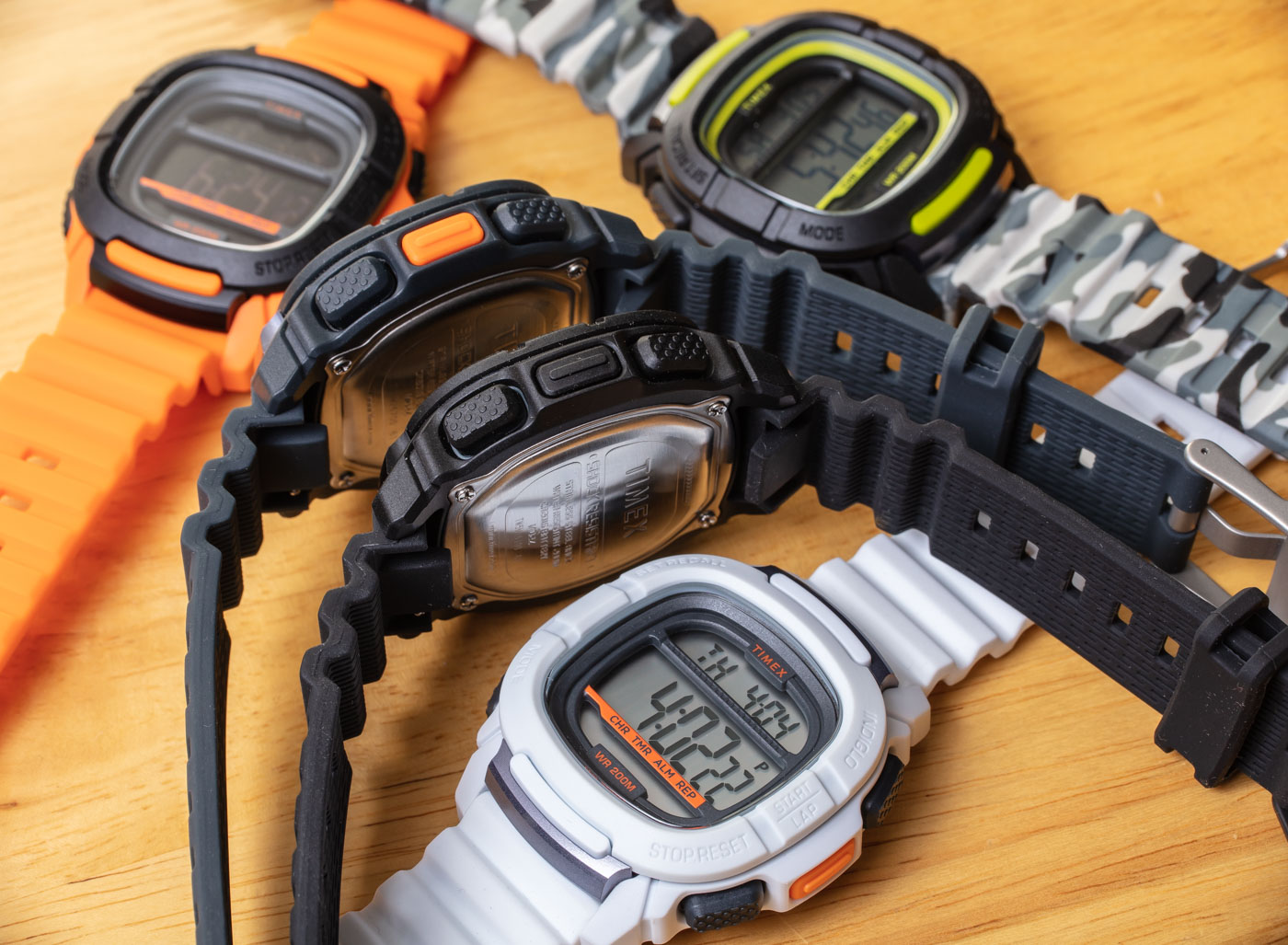 What I like about the Timex Command 47 collection is that it combines the very reliable and sensible approach of the Ironman collection with a new fun design that makes wearing a digital watch all the less boring. Price for the Timex Command 47 watch reference TW5M26400ZA, TW5M26700ZA, TW5M26100ZA, and TW5M26500ZA is  $85 USD and the TW5M26600ZA (camouflage strap) is $95 USD. Learn more or buy at the Timex website here.