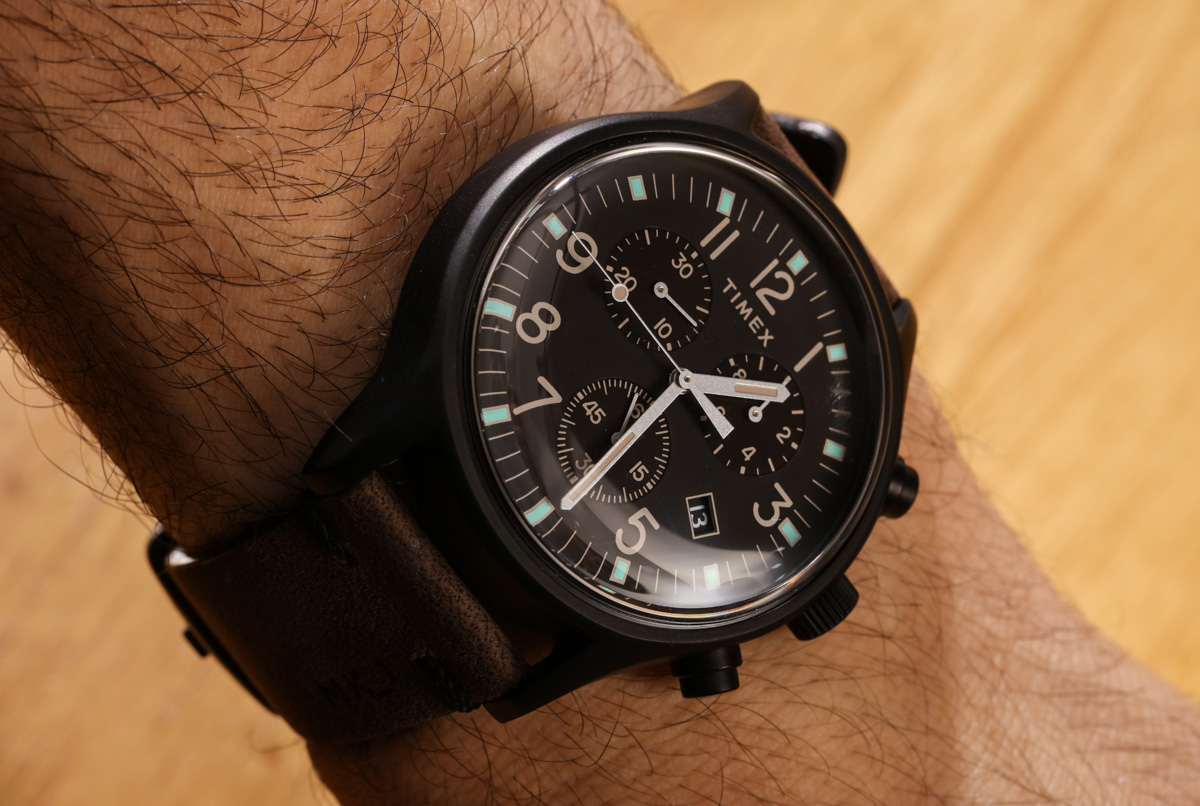 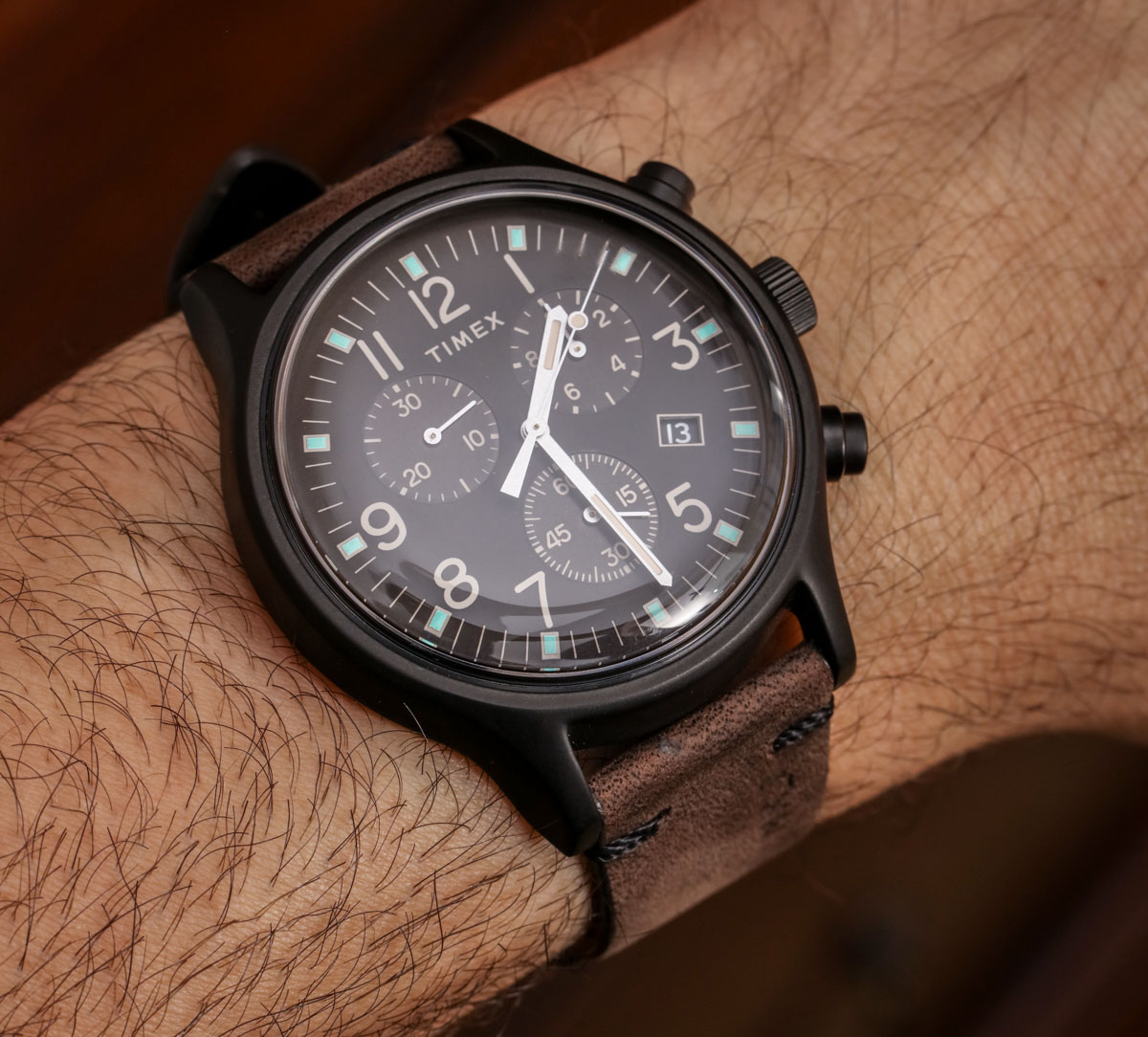 This reference TW2R96500 is one of the newer versions of the existing Timex MK1 Steel Chronograph 42mm watch collection, and for the money it is an impressively styled and built timepiece. Easy to pass over, I want to take a look at this watch collection and suggest why I feel Timex is offering something not just for mainstream audiences, but for enthusiasts who want something simple, satisfying, functional, and entirely unpretentious.

Myself and perhaps most watch collectors typically go through a phase (long or short) in their collecting experience when they reject certain mainstream watch brands. The idea is that to become a collector, you need to seek out the most interesting and best watches of any particular class that you are keen to collect. That process often includes a rejection (at least partially so) of the most mainstream and basic brands. Only after this phase is over do many watch lovers reconnect with “old favorite” brands whose products suddenly start to have value again because of their focus on clear execution and reasonable value. I’ve personally gone through this several times myself and in many ways chalk up the mentality of rejecting more basic watches being related to wanting to present more exclusive things on my wrist. It is shallow indeed. With that said, I’ve been increasingly realizing that “good watches” come at many price points and don’t need to exist under the larger “luxury umbrella” to have a lot of value even for collectors. With that said, let’s take a look at this under-$150 timepiece that both looks good and performs very well as a tool on the wrist. 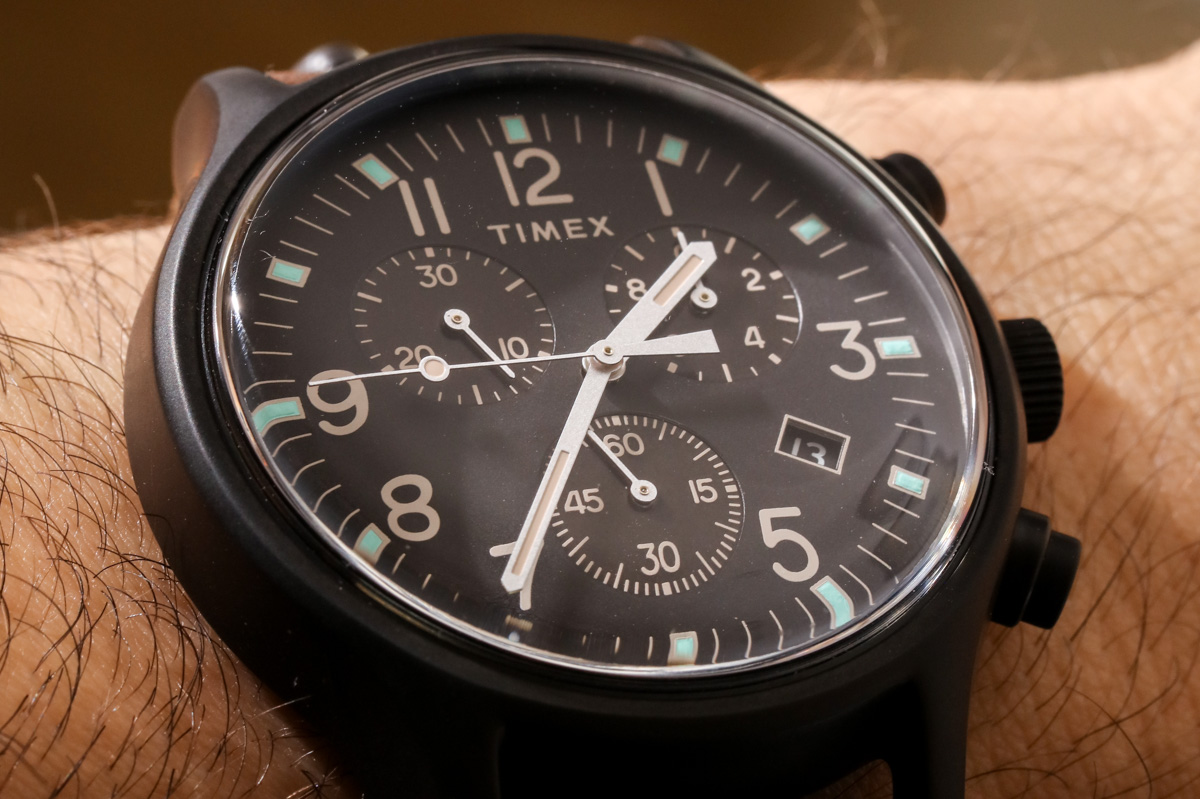 The MK1 collection from Timex includes a series of three-hand and chronograph watches inspired by military/field watches Timex once produced for professional or recreational use in the mid-20th century. Specifically, these modern MK1 watches are inspired by the 1981 Timex MK1 watches made for the United States Marines that also went by the “Timex Mil-Spec W-46374B” watch name moniker. Interesting fact: the original MK1 watches used resin cases with totally sealed casebacks because the watches were intended to be disposable. Timex has been around since 1864, and as one of the major American wristwatch makers was not only making timepieces for civilian use, but military use as well. In that sense this modern MK1 Chronograph is a fashion piece, in that it homages a vintage-style look. Nothing wrong with that as many of our favorite watches today are vintage-inspired despite being contemporary products. Perhaps the biggest plus for a product like the Timex MK1 Chronograph at this time in its lifespan is that it continues to be priced as a pedestrian product, but is actually designed and curated by serious watch enthusiasts at Timex’s Milan design studio. 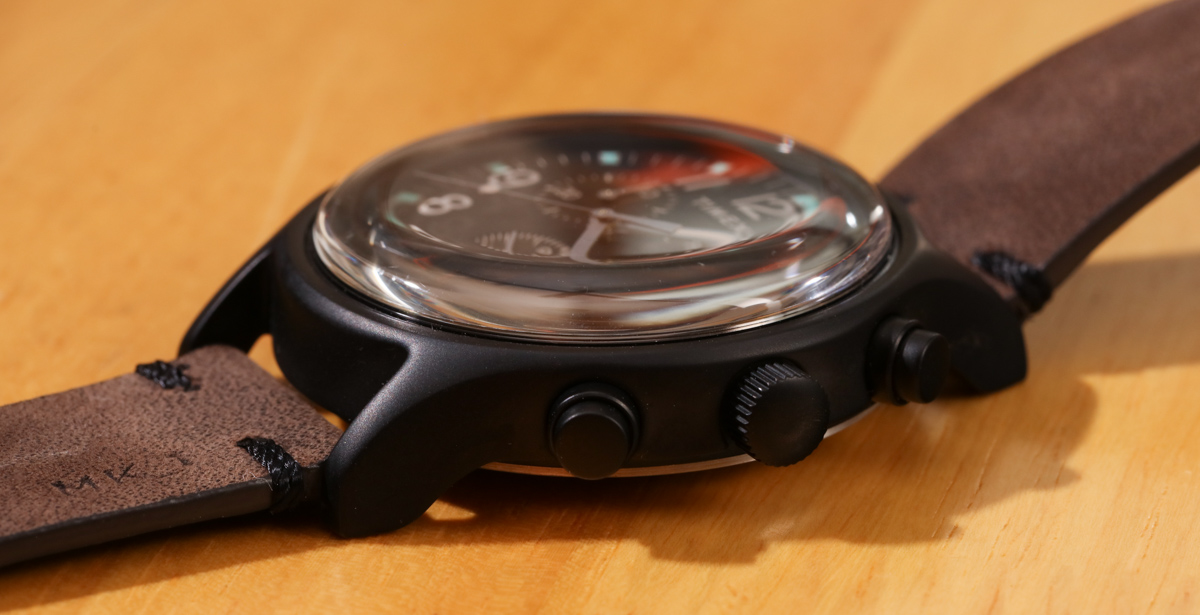 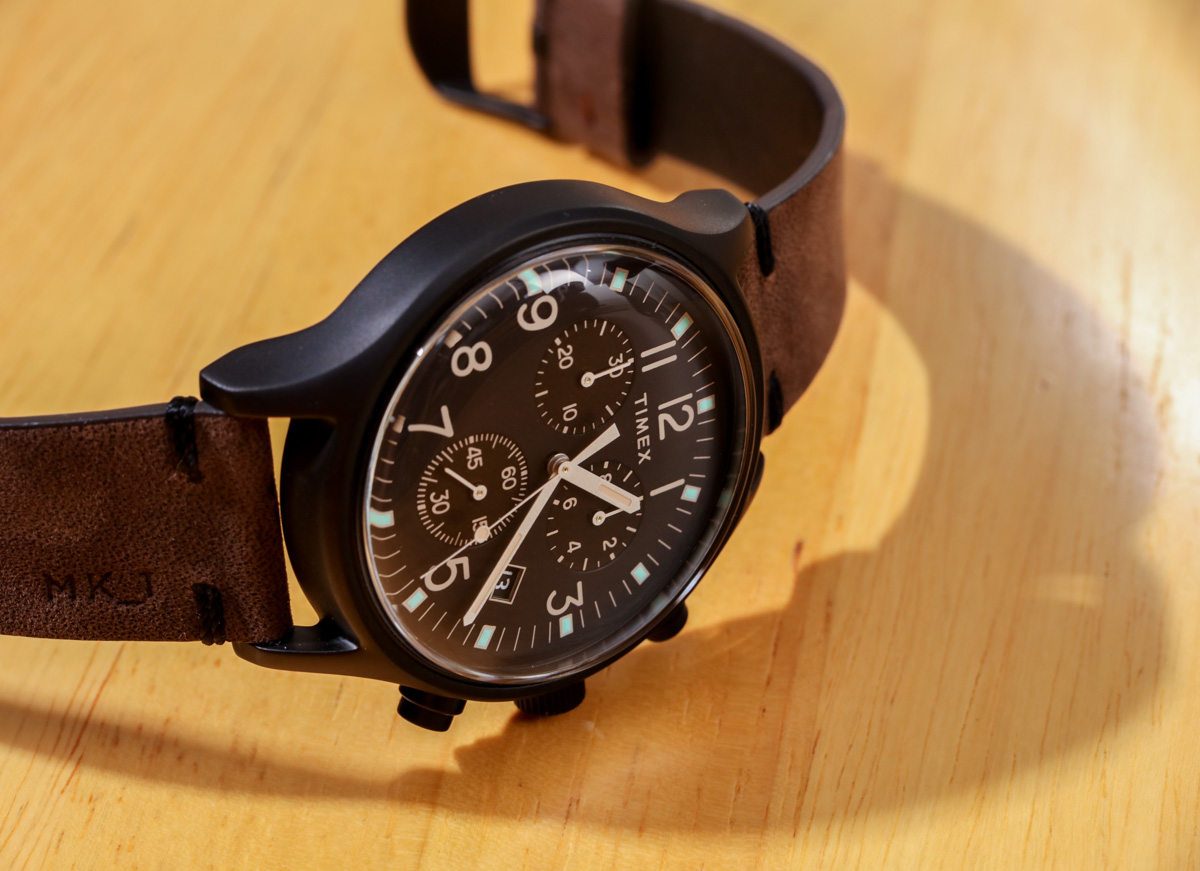 Over at Timex’s headquarters in Connecticut, the powers that be know the prices and values customers expect. So for the time being we have this interesting mixture of design talent and affordability that doesn’t exist at too many other brands. In my opinion the attention to detail and quality of this watch make it feel like something much more expensive. My initial take on this fact is simply that other companies are charging way too much. That may or may not be a fair statement to make because few companies have Timex’s manufacturing strength and ability to enjoy an economy of scale. Most of the parts in this watch are produced in-house, such as the chronograph quartz movement which is produced by Timex at their in-house manufacturing facility in Cebu, Philippines. Yes, that means you can say that this modestly priced watch even has a “prestigious” in-house made caliber. 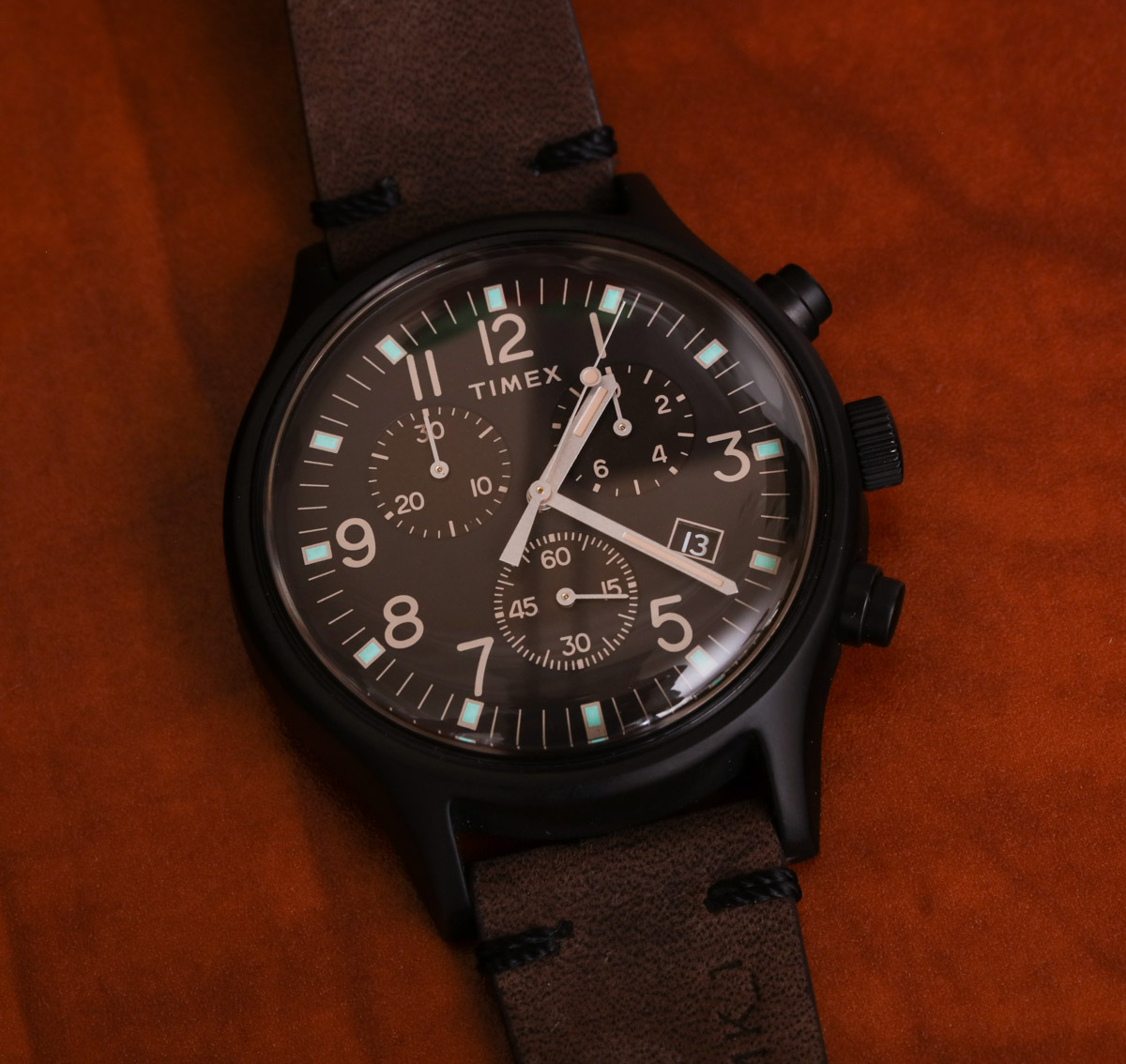 The quartz movement includes a four hour chronograph with a 1/20th of a second indicator for more precise chronograph reading. It also includes the date and the time. The most important feature of the movement unique to Timex is the Indiglo feature. This is proprietary Timex technology, which has been a great feature on watches many timepiece enthusiasts have missed out on in the past. Press in the crown and the entire dial lights up a calm blue to act as an ideal backlight to read the time even in complete darkness. This is in addition to luminant-painted hands and hour markers. Indiglo is sort of the functional icing on the cake which makes the “Timex version” of any given design just a bit more unique than potential competitors. Indiglo is not a new technology, but more recently Timex has included additional colors and in the future I understand that Timex will be introducing new and even more visually interesting interpretations of this existing technology. 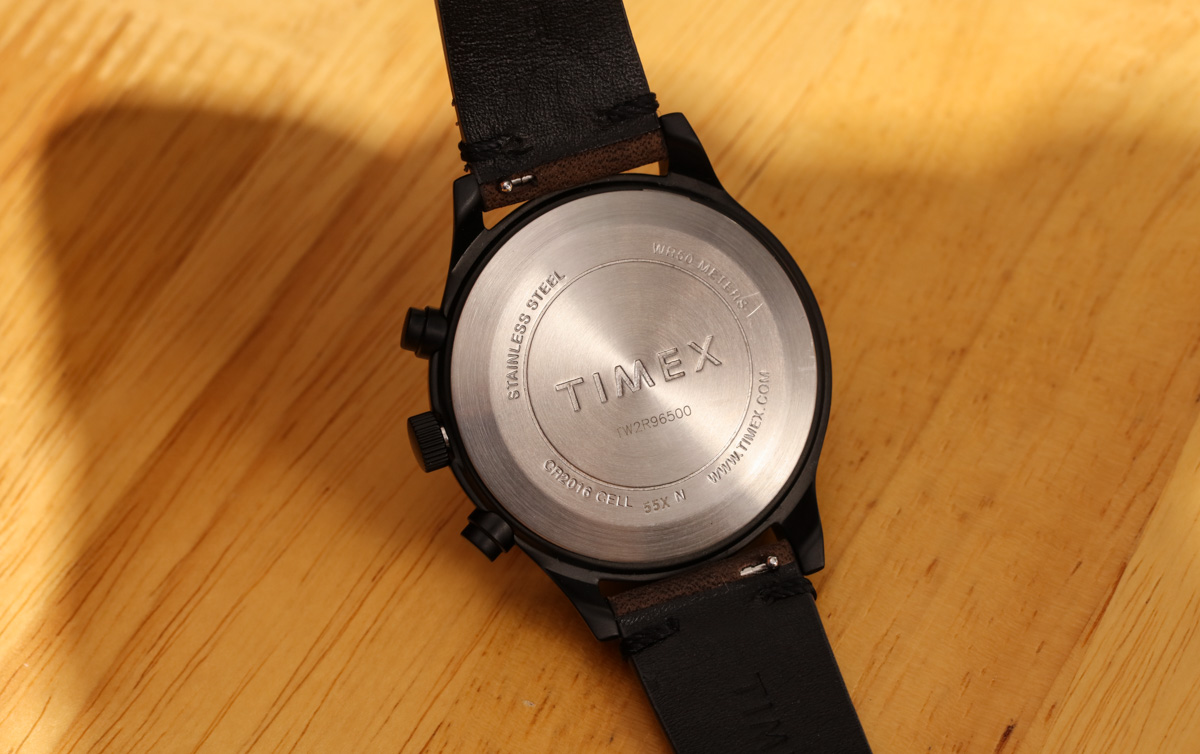 A note on audible ticking, since this issue is sensitive to me. Timex and some other companies like Swatch who specialize in easy to manufacture, durable quartz movements use parts that can emit an audible ticking sound caused by both the case material as well as the materials in the movement. Many of Timex’s three-hand MK1 watches will audibly tick each second – resulting in a sound effect that some people love, and others find distracting. I’m personally not a fan of watches that audibly tick – especially when I am in a quiet room and not wearing a watch that is ticking away on a table. The important thing to say here is that Timex’s quartz chronograph movements such as the one used in this MK1 Steel Chronograph DO NOT have the same loud ticking volume. I believe this is because the subsidiary seconds hand is smaller and thus, its action in the movement results in less noise. So if you are someone who is concerned about quartz watches which have a bothersome ticking sound, this timepiece is not one of them.