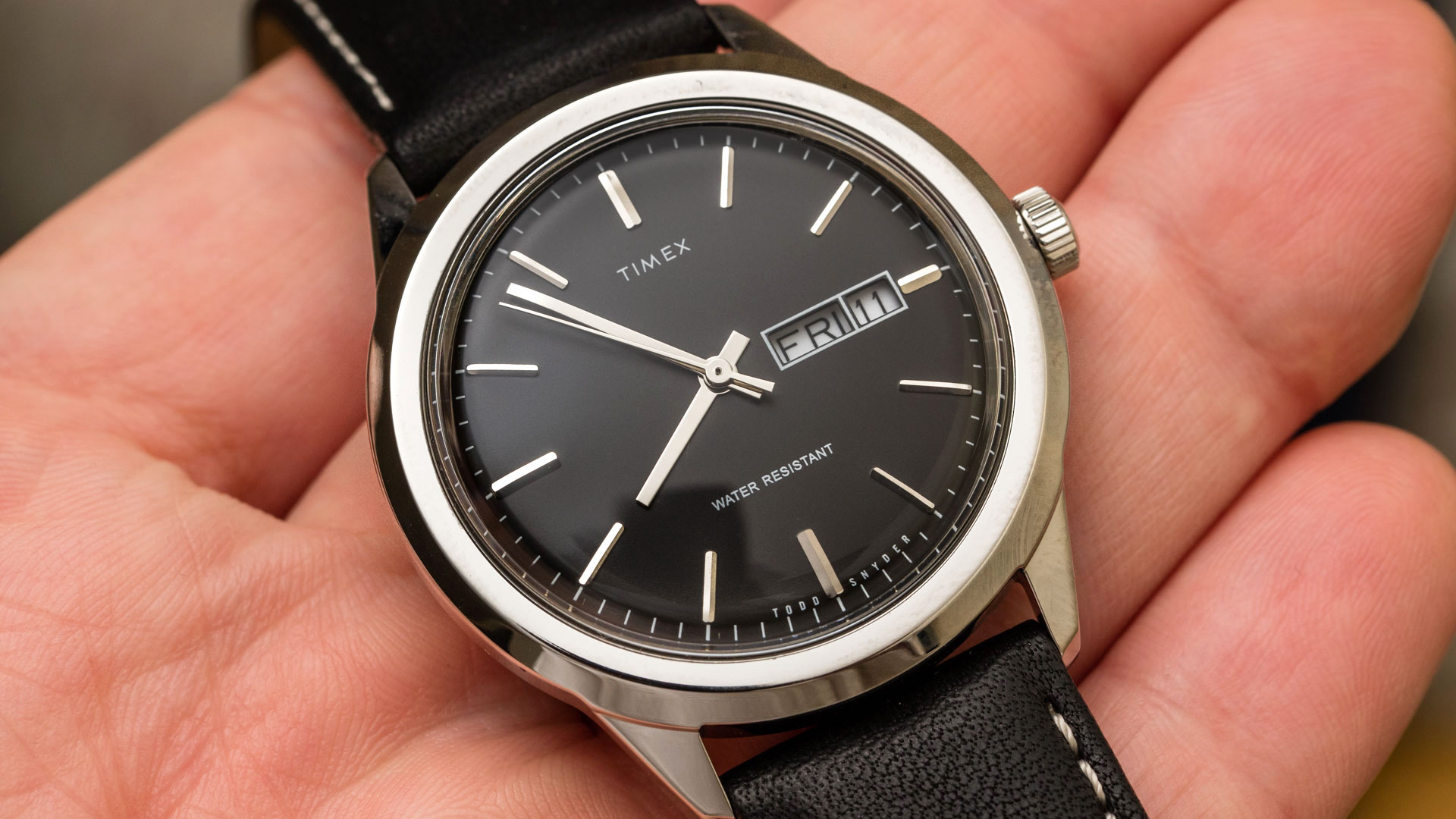 Updated and developed for today’s watch buyers, the Mid Century is the latest timepiece collaboration between American watchmaker Timex and fashion label Todd Snyder. The Mid Century design is, apparently, inspired by a specific Timex product from 1977 (even though the core design hearkens back to themes developed up to two decades prior). Todd Snyder works closely with Timex in terms of investigating the brand’s impressive archives to discover styles and themes the two feel will resonate with today’s consumers. 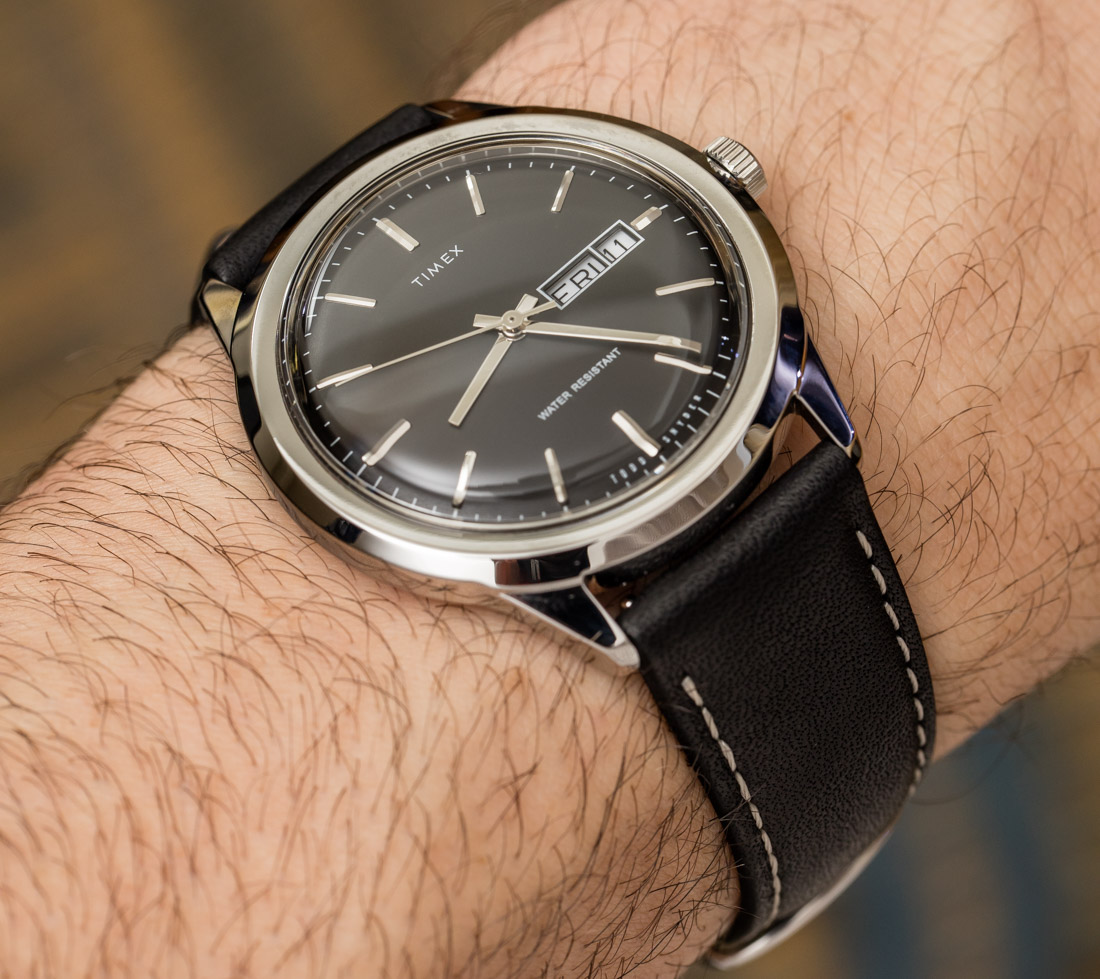 For anyone into the hobby of watch collecting, it isn’t news that vintage-style timepieces have been popular for several years now. Enthusiasts can (and still do) spend large amounts of money purchasing actual vintage watches or recent revival products. The irony, for me, is that I feel most consumers are overspending when they do this — if only because the old watches they are paying so dearly for aren’t that special (most were not really produced like luxury timepieces are today), and the modern luxury ones are, in many instances, more expensive than they have to be for the same core look. 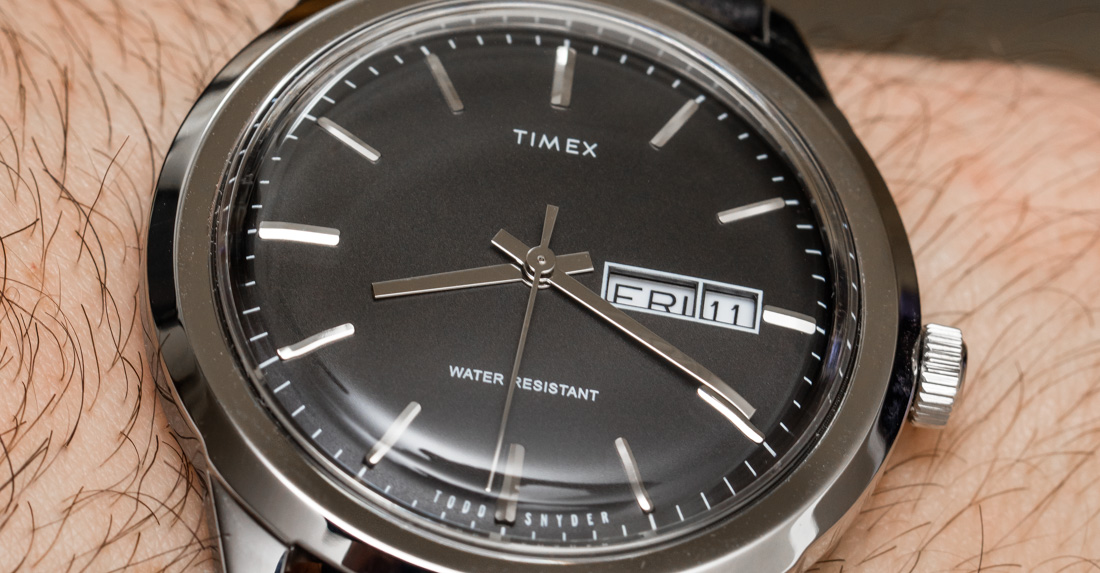 I say all this to suggest that if you are justifiably intrigued by the often high-quality designs of vintage watches, you don’t need to spend a lot of money to enjoy them in modern form on your wrist. With Timex’s design talents and manufacturing power, you can get a very practical and attractive vintage-style watch-wearing experience for money that will leave you plenty of extra cash to fund actual modern luxury watch purchases. 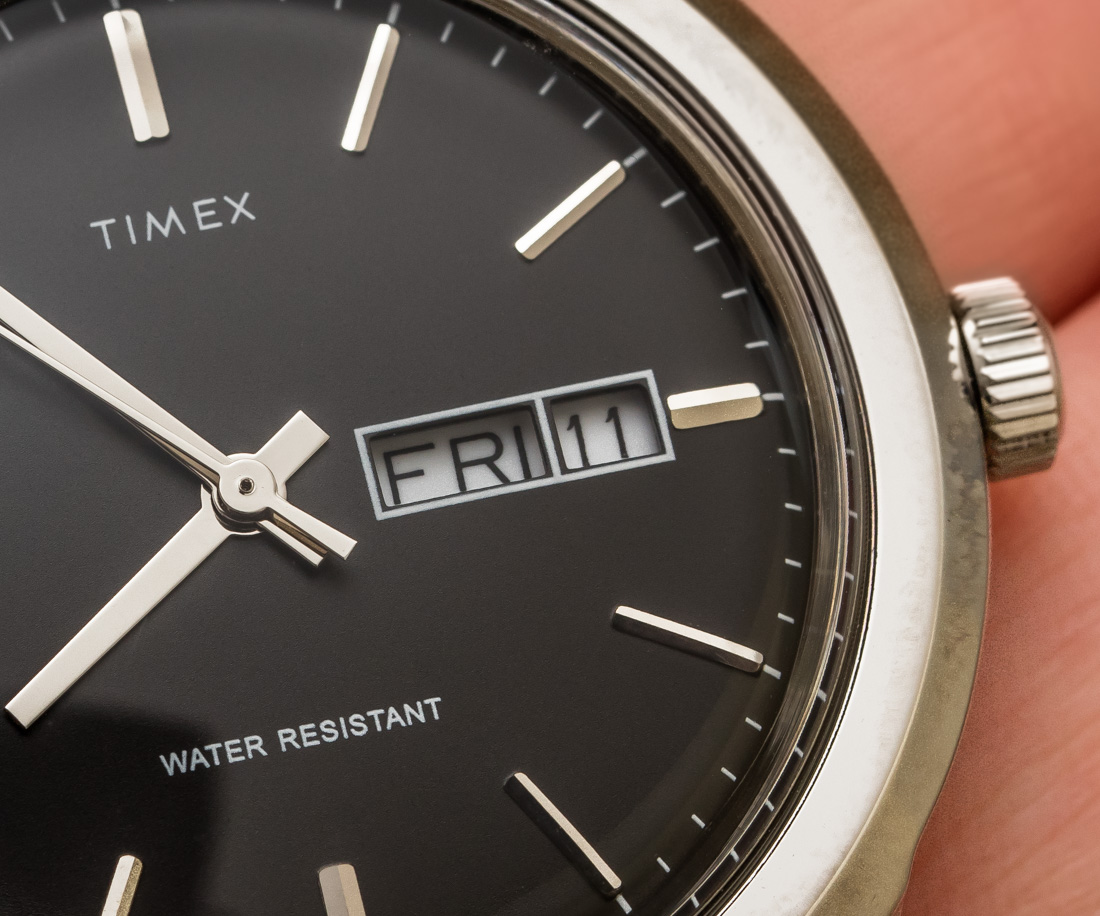 Timex has been on a roll with new-but-vintage-style wrist watches lately. There was first the Marlin (aBlogtoWatch review here), followed by the Marlin Automatic (aBlogtoWatch review here), and now the Mid Century. Each of these watches has a different platform, with the Mid Century probably being the most mainstream in its appeal, given the price and quartz movement combo of the product. In short, if you are going for a non-pretentious urban/dress watch with a vintage style and a lot of bang for your buck, Timex has some of the best options out there. 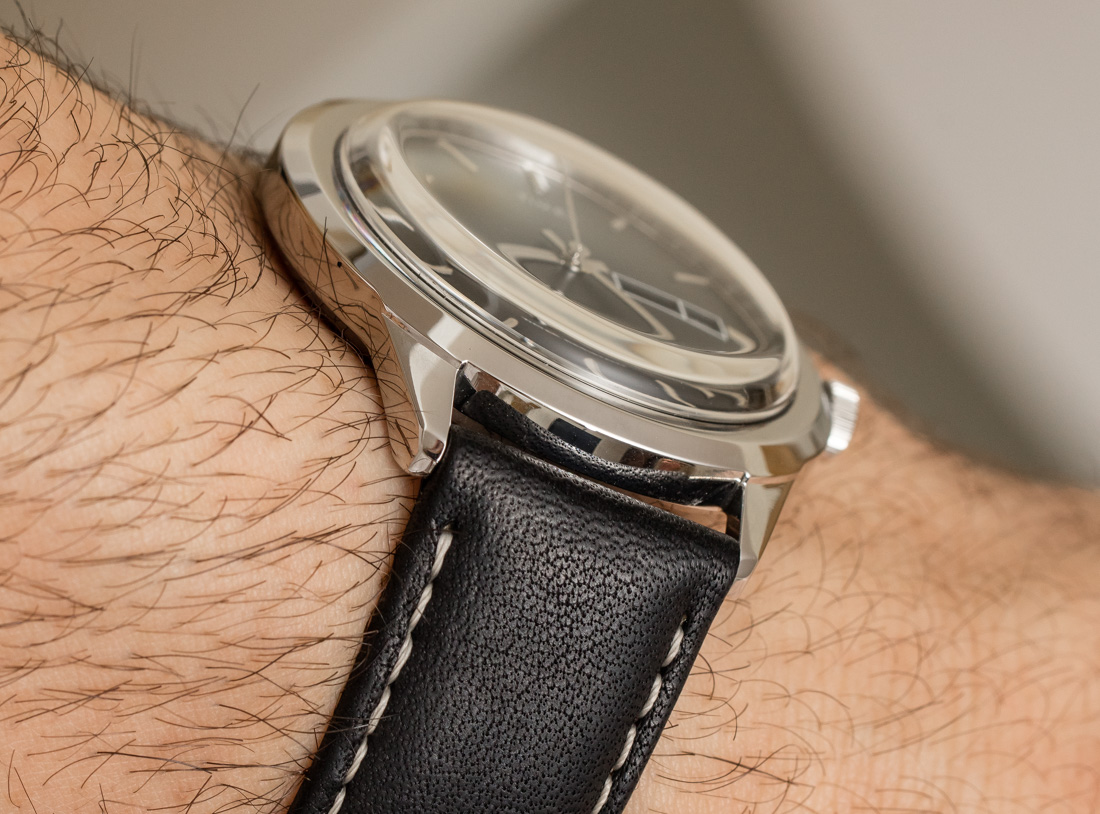 The Timex Marlin was 34mm-wide (true to original size), and the later Marlin Automatic was 40mm-wide (more appropriate for today’s tastes). The Timex Mid Century is 37mm-wide, making for a nice medium size that works for a lot of smaller wrists and could easily be considered a unisex watch. The case is a bit small for my wrist, but I do agree that the Mid Century case is comfortable and nicely proportioned. 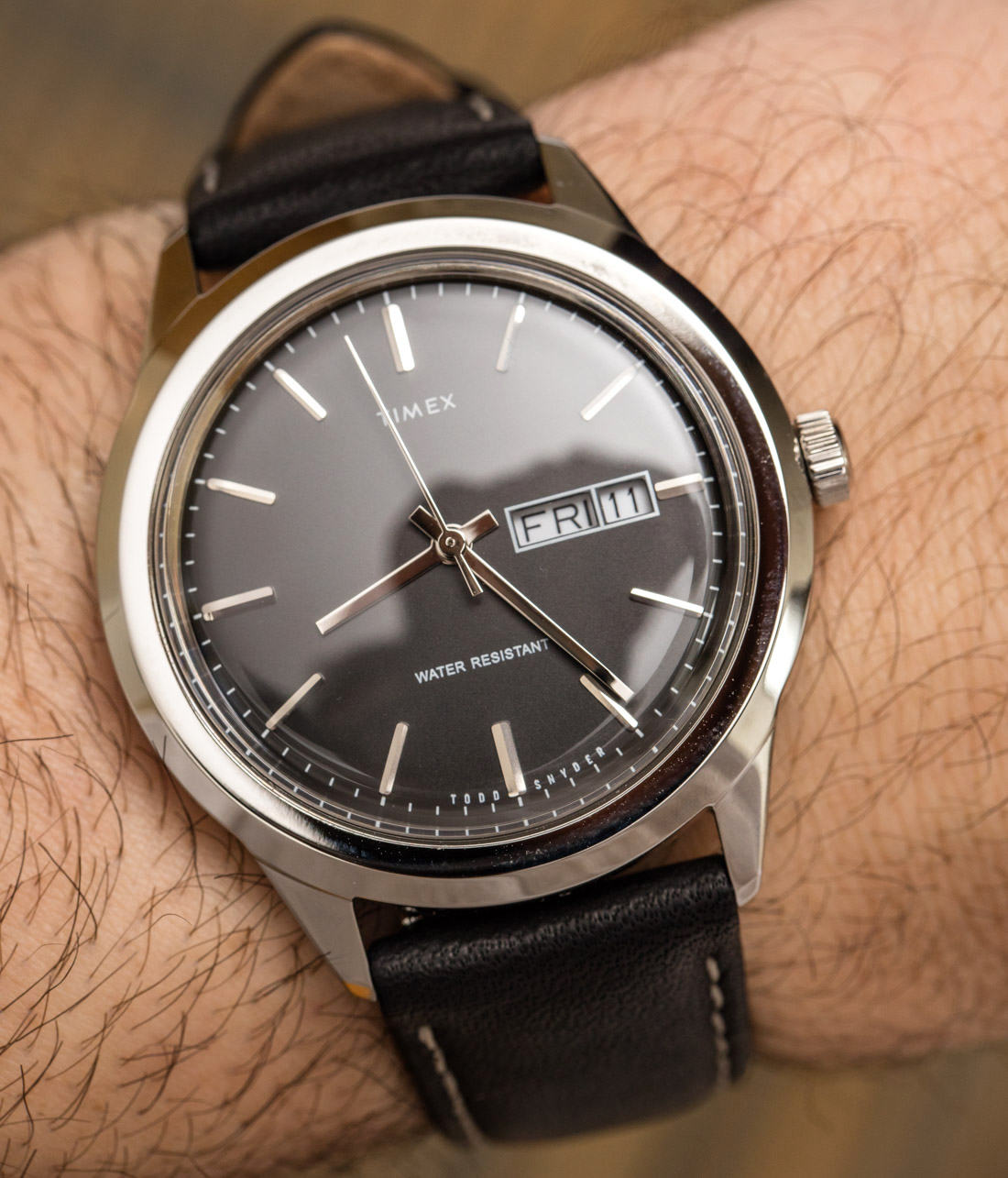 The case is polished steel, and the crystal over the dial is domed acrylic, which offers that warm, vintage dial look many enthusiasts are after. There is a lot of glare on the crystal (especially during photography shoots), but the overall legibility is pretty good. Sitting a bit high on the wrist, the 37mm-wide size feels about as stately as it can, all things considered. The case is water resistant to 30 meters. 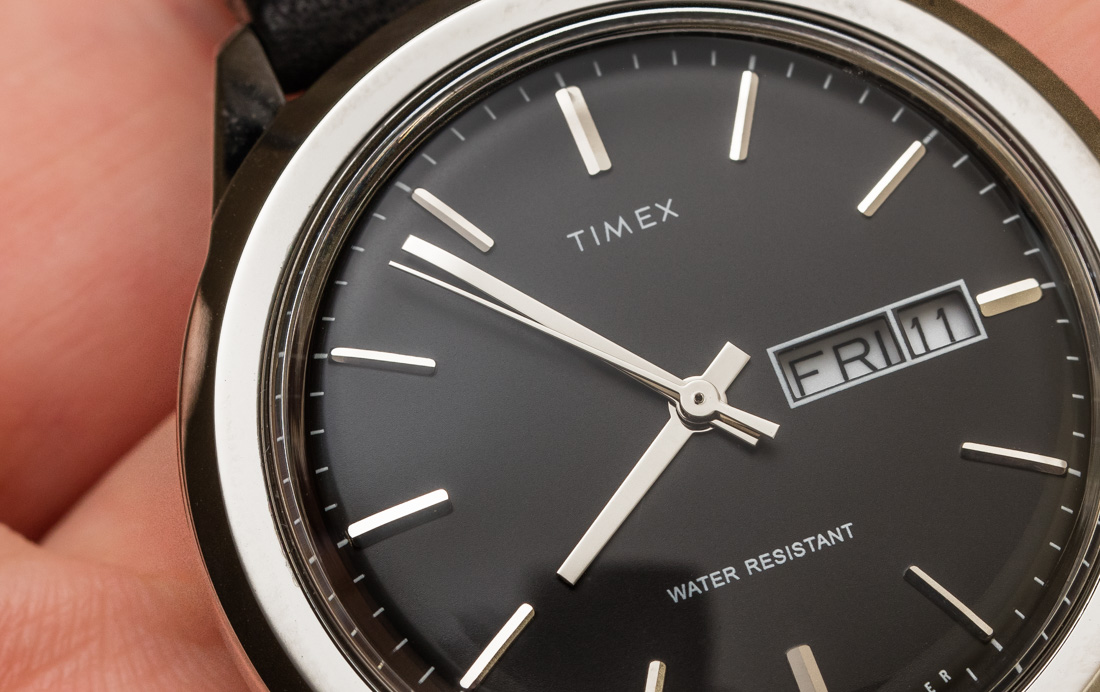 Timex did a nice job on the Mid Century watch dial design and construction. Baton hands and hour markers celebrate the minimalist theme that Timex’s Milan design team has been interested in for the last few years. Purists will appreciate the deliberate lines and careful focus on pretty good dial proportions, making for a refined-feeling wrist watch product (despite the low price). Inside the watch is a battery-powered quartz-based movement with the time, as well as a day/date calendar complication on the dial. 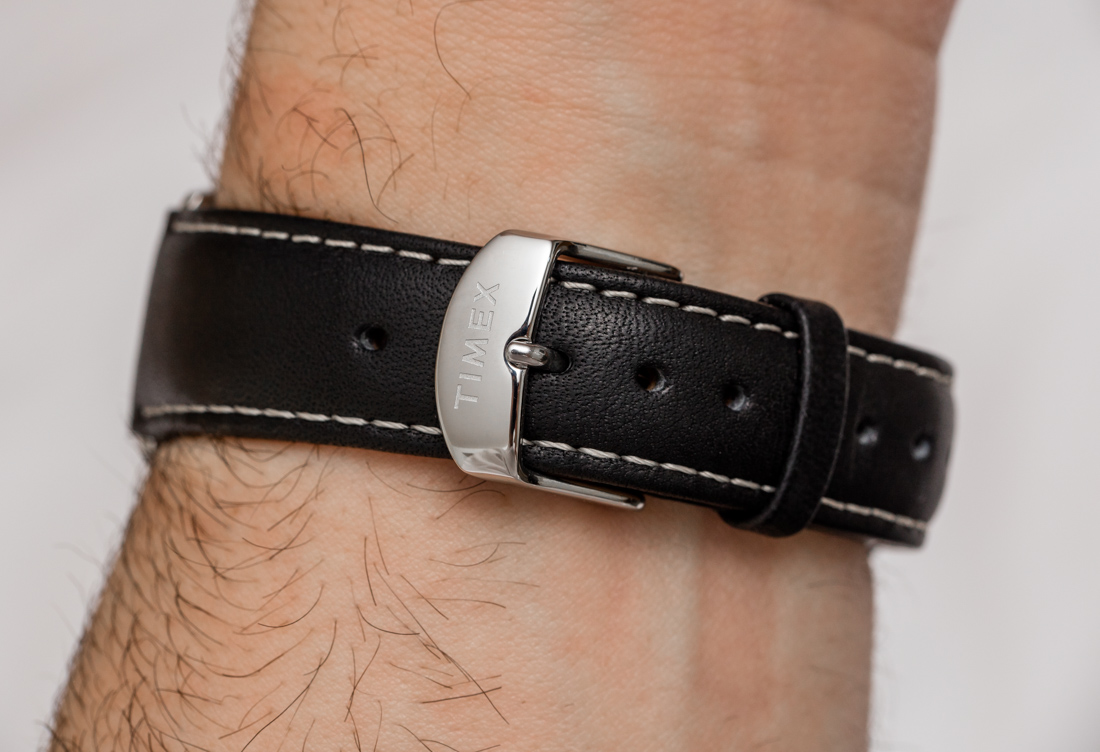 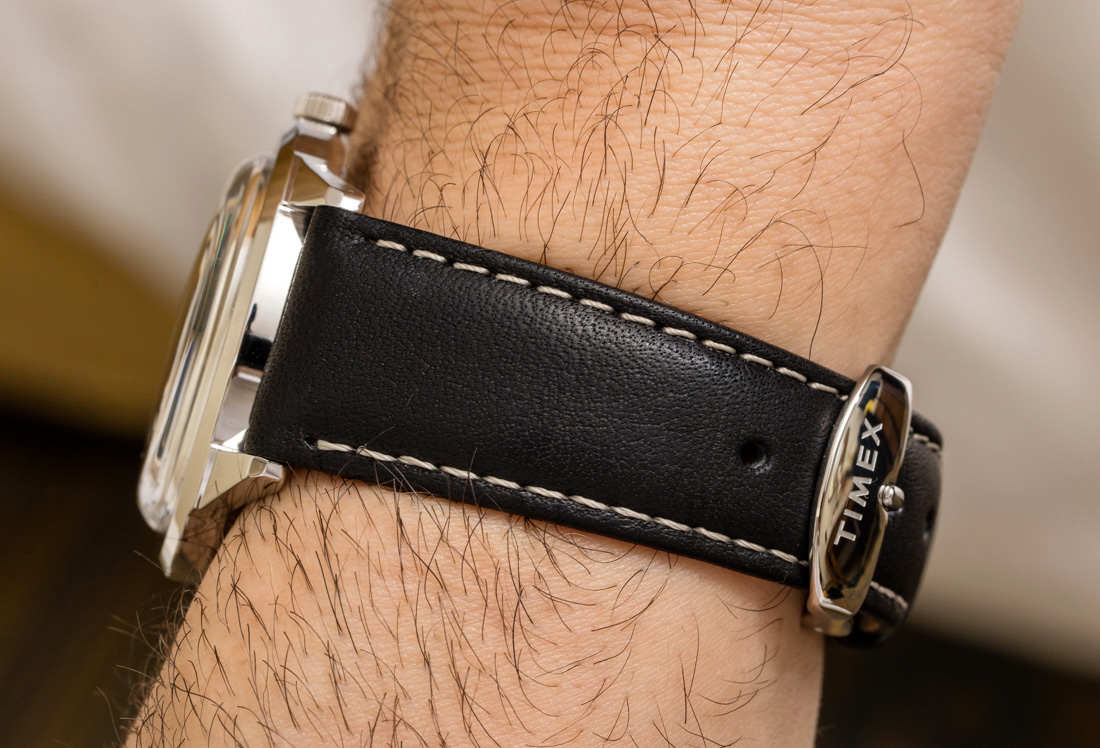 Timex currently produces the Timex + Todd Snyder Mid Century watch with either the pictured black dial (on a dark brown leather strap) or a silver dial (that comes on a lighter brown leather strap). The straps are produced in Minnesota by S.B. Foot Tanning and are said to be the same leather style used for Red Wing boots (also produced in Red Wing, Minnesota, of course). The 19mm-wide straps have easy-release spring bars that allow wearers to easily swap out the straps for others. 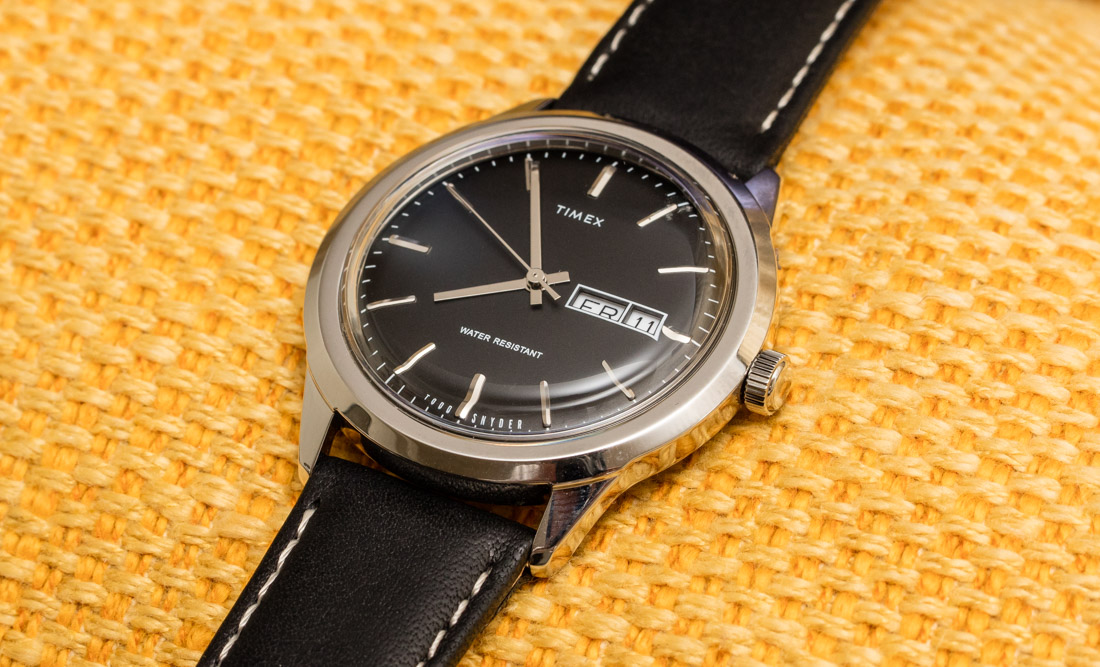 Timex and Todd Snyder branding on the rear of the watch celebrate the fashion-nature of this timepiece, but one that is still a real tool and also practical, in most respects. For watch collectors curious about this particular vintage-style look, then the Timex Mid Century is a very accessible means of sampling this style. For those seeking an affordable daily dress-style watch in this size, then the Timex Mid Century also makes a lot of sense. If anything, this is a sensible modern timepiece that serious watch enthusiasts can easily recommend to their friends who want something respectable but not enthusiast-priced. The Timex + Todd Snyder Mid Century watches are $158 USD. Learn more or order at Todd Snyder here.