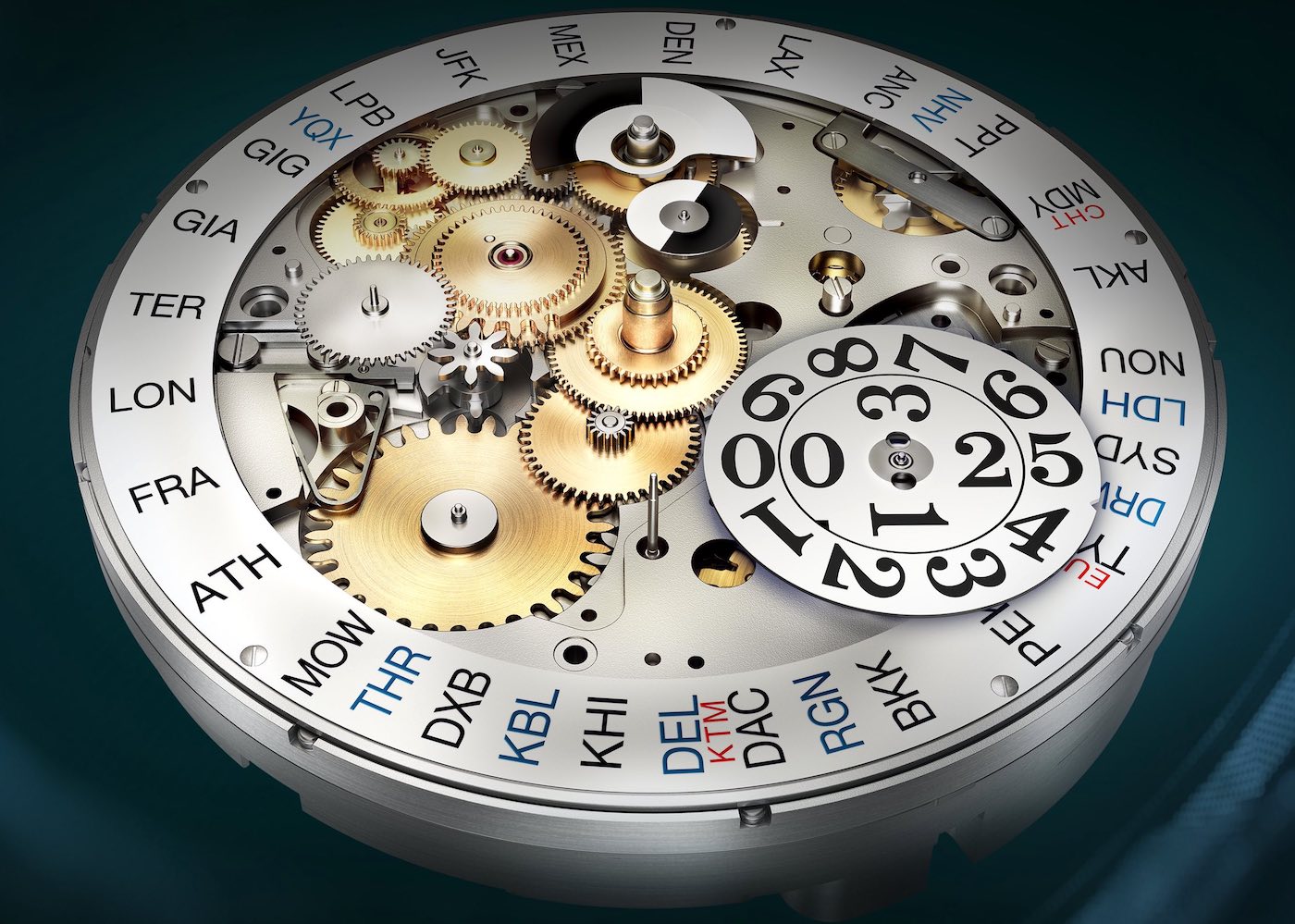 Keeping Track Of 35 Timezones With The Glashütte Original Senator Cosmopolite 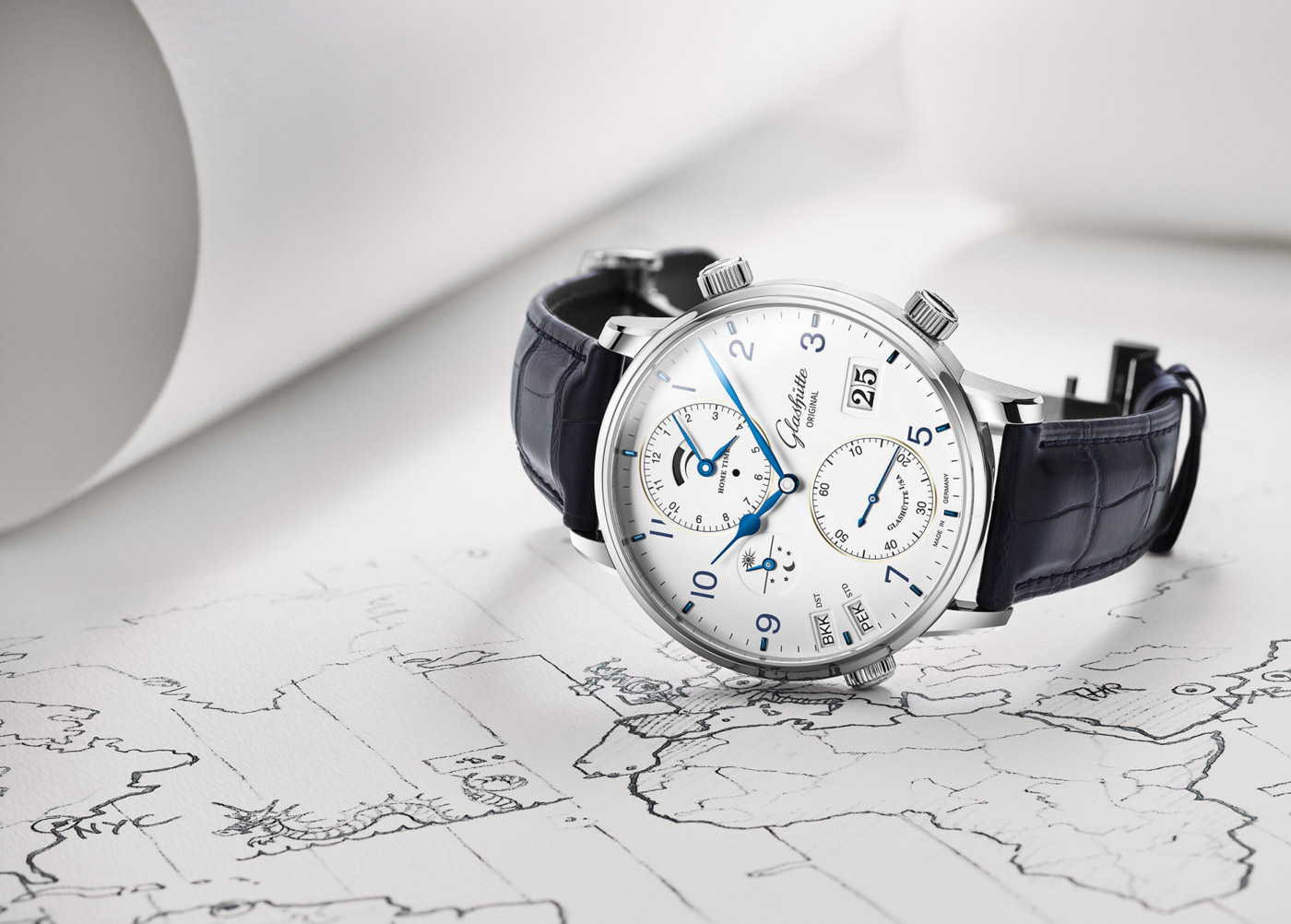 In our everyday lives, virtual, physical, and economical processes happen with nanosecond accuracy, and yet, with some three dozen different timezones, there also are a few too many fragments of time that one could possibly keep in mind. Time is more universal and yet more segmented in our world than it has ever been. To wrap one’s head around it all is a challenge unto itself – but to comprise all of that into a fine mechanical watch, the strive for remarkable accuracy and the incorporation of the countless timezone variables, that’s on an entirely different level. Still, that’s what the Glashütte Original Senator Cosmopolite has set out to do – and here’s how it’s done. 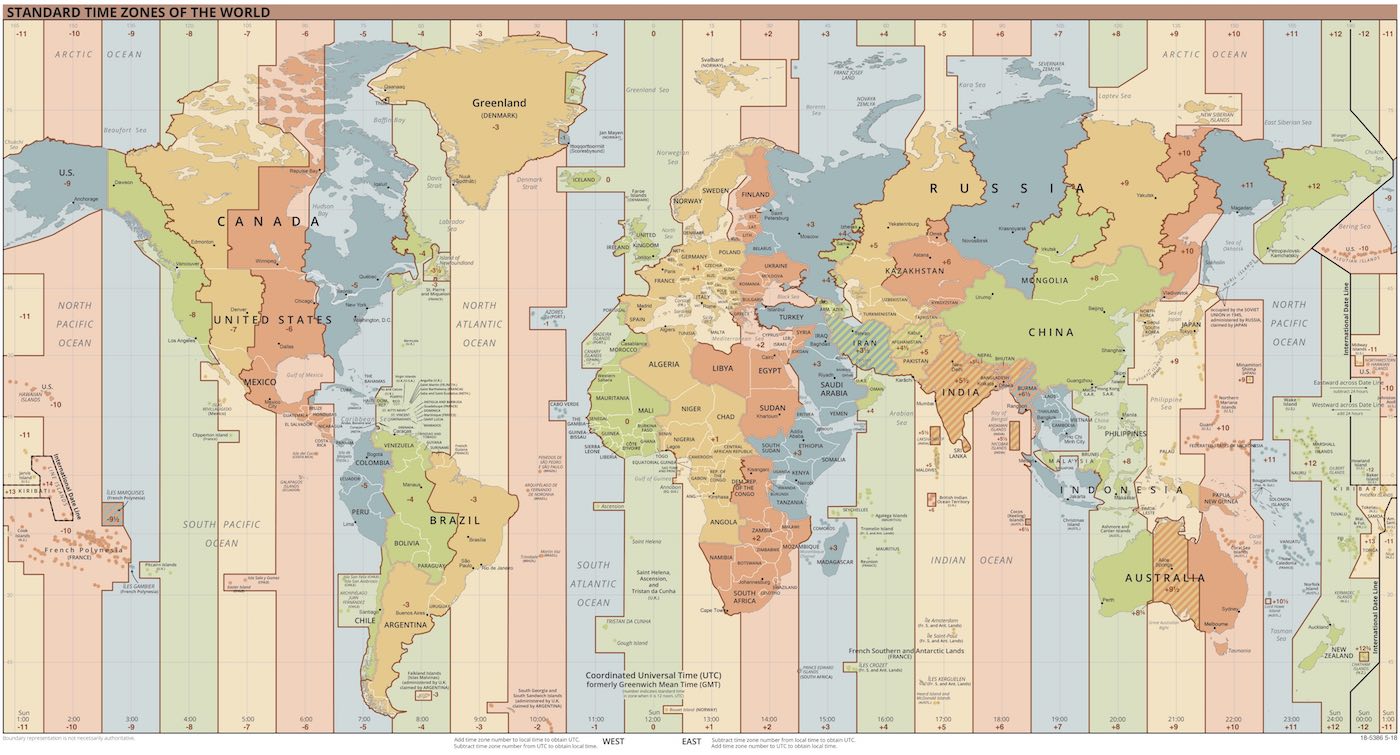 Designed for the business traveler who’s either always on the move, hopping from one continent to the next, or is at least constantly negotiating his work in different timezones, the Glashütte Original Senator Cosmopolite displays two separate and independently adjustable timezones simultaneously – and does so with a host of fascinating and impressive engineering solutions, all there to ensure an absolutely user-friendly and highly efficient operation. 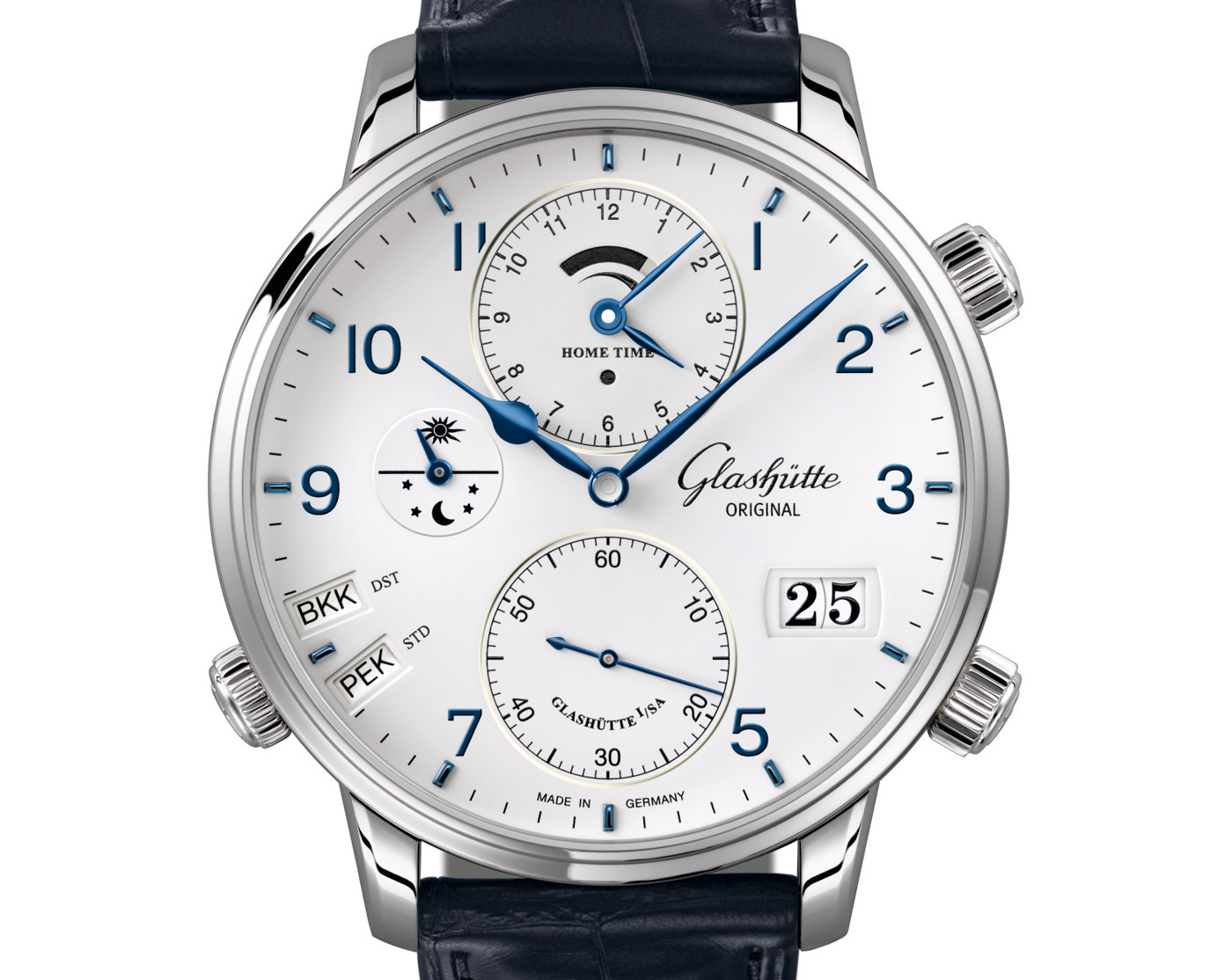 The Senator Cosmopolite, which, starting from 2018 is available also in a stainless steel case beyond its red gold and white gold alternatives, indicates home time in a sub-dial at 12 o’clock and local time by the two main hands in the center of the dial. Running seconds are in the sub-dial at the 6 o’clock position. The PanoramaDatum is at the 4 o’clock position. The AM/PM indication for the home time is in its respective sub-dial, whereas for the local time it can be found on the 9 o’clock sub-dial. The currently active local timezone’s IATA code is in one of the two apertures flanking the 8 o’clock index. 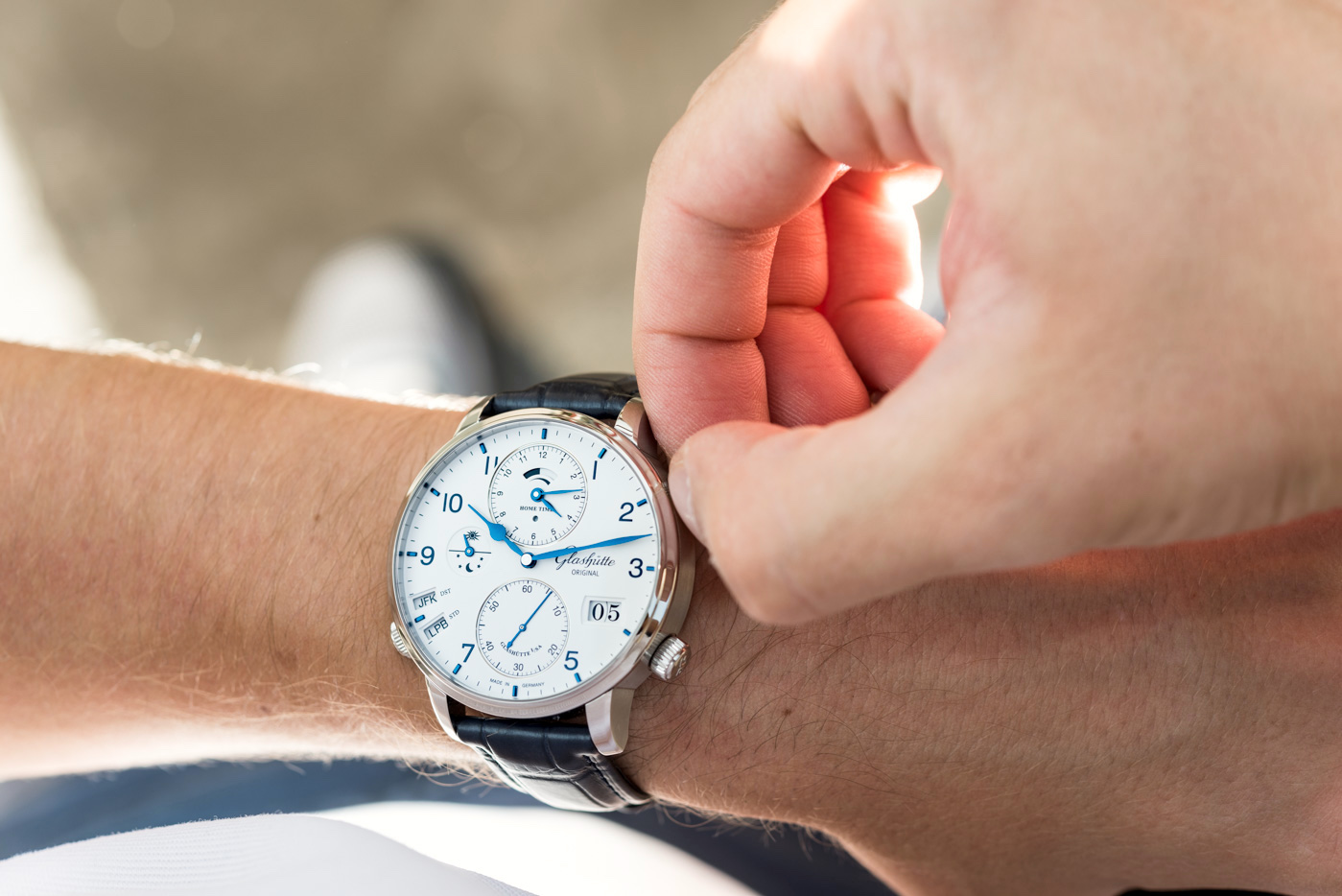 Powered by the in-house produced Calibre 89-02, the Glashütte Original Senator Cosmopolite performs a host of special tasks and feats and the way it works is as follows. You set your home time via the crown at 2 o’clock. The hour and minute hands are adjusted just as the main hands adjust on a regular 3-hand watch – they move without increments or jumps. The running seconds at 6 o’clock is linked to this crown and indication, meaning the seconds stop running when the crown is pulled out. Once your home time is set, you set your local time, i.e. the main hands to the time at your travel destination (where you’re either traveling to, or are currently at). This can, of course, also be a distant location in another timezone where your colleagues or family members are.

You adjust this local time or second timezone via the crown at the 4 o’clock position. Pull this out and the minute hand in the center will jump in 15 minute intervals – this can be performed backwards as well as forwards. To adjust by a full hour, you rotate the crown 4 times and hence, advance the minute hand 4 times – naturally. This adjustment happens completely independent from the main timekeeping functionality, meaning that the home time indication is unaffected and the watch keeps on ticking away, without the running seconds getting “hacked,” i.e. stopped. 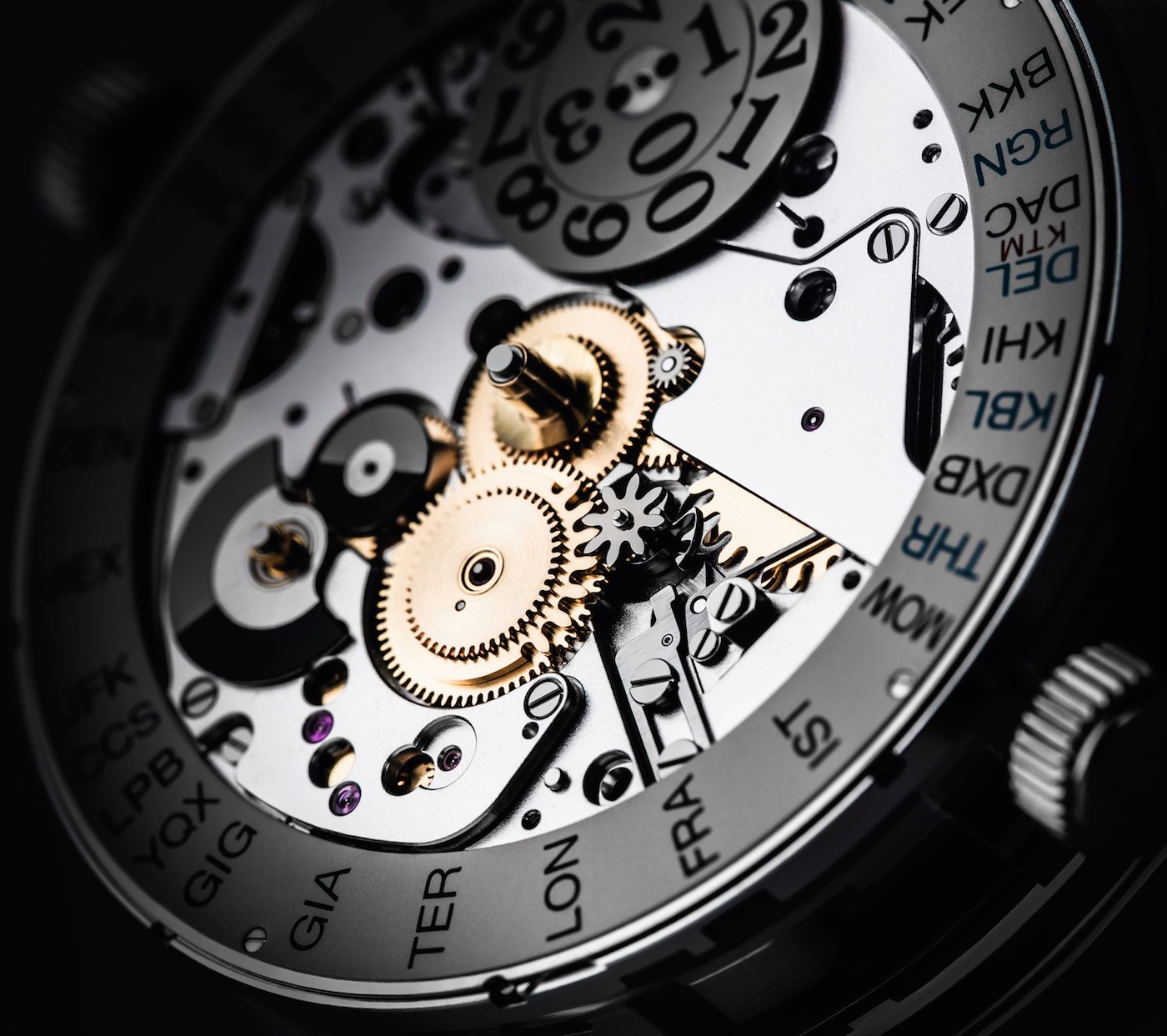 As you rotate the 4 o’clock crown and the central minute and hour hands advance, so does the IATA city code name disc in the 8 o’clock apertures. Now, out of the box, there’s a good chance that after setting up your home time for, say, Paris, and your local time for Los Angeles, the DST/STD window will indicate BKK/PEK (i.e. Bangkok and Peking). To correct this un-German inaccuracy, what you do is pull out the crown at 8 o’clock and adjust the IATA code name disc with reassuring clicks until LAX is shown in either one of the DST or STD windows. Notably, the IATA codes are printed in three different colors: black for those offset from GMT by a full hour, blue for those offset by 30 minutes, and red for those places that are offset from GMT by 45 minutes. Last, but not least, you can set the date via the corrector pusher that’s flush with the case at its 9 o’clock position. 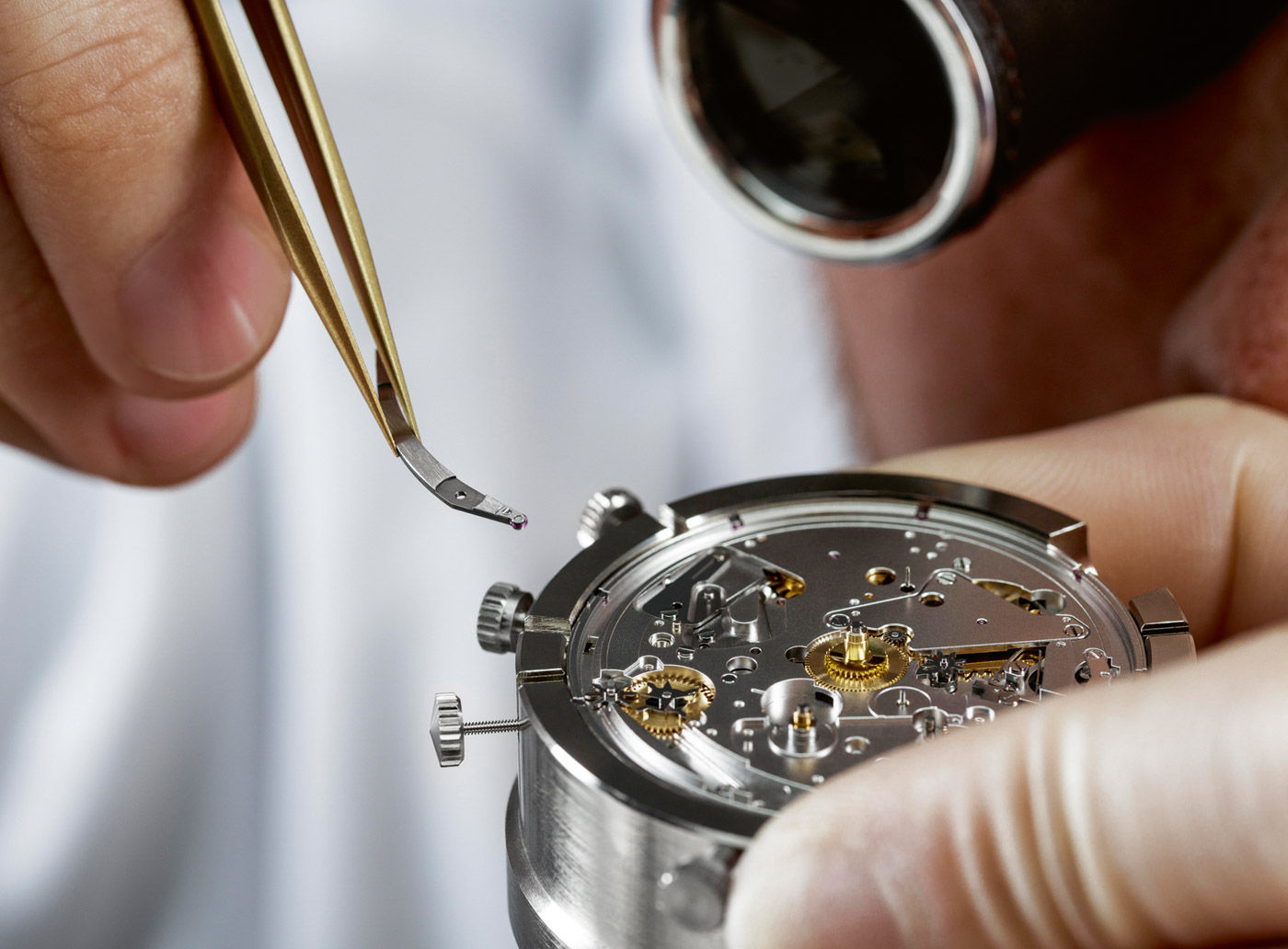 The next time that you travel to another timezone all you need to do is pull out the crown at 4 o’clock and adjust the local time indication – thanks to the thoughtful way it is engineered, this indication, and with it the PanoramaDate indication at the 4 o’clock position that can be adjusted backwards as well as forwards. Everything else, including the IATA city disc, the date and the AM/PM indicator follow with it automatically, while the home time indication remains entirely untouched. Last, but not least, even if the weekend-lasting 3-day power reserve runs out, all you’d have had to do is wind the watch and update your home time to its current setting… And again, all other indications, including local time, will have followed automatically. A notable related feature is how the date is forwards, as well as backwards adjustable when setting the local time via the crown – a small detail that makes a huge difference in making the setting of the watch faster and more convenient. 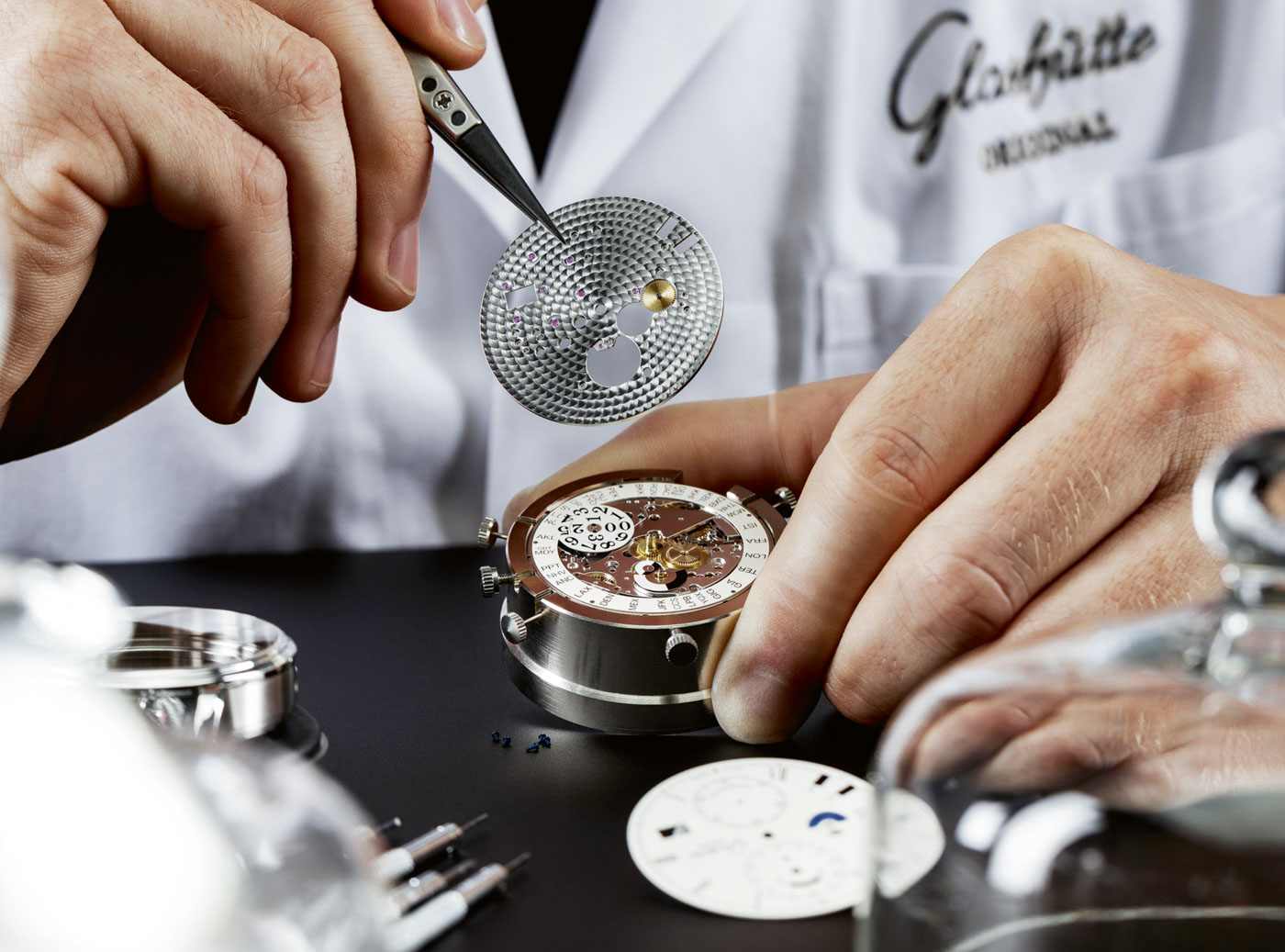 This sort of user-friendly, automatically adjusting system, where certain indications are linked or designed to be independent from one another, is a true engineering feat of the magnitude that has really set Glashütte Original and the Senator Cosmopolite away from everyone else – for this is the only effort of its kind to create such an easy to use, user error mitigating mechanical system that comprised 35 timezones. Timezones unto themselves sound complicated enough – however, with daylight savings time adjustment taking place in some parts of the world but not in others, keeping time across the world with just one watch becomes that much more challenging. 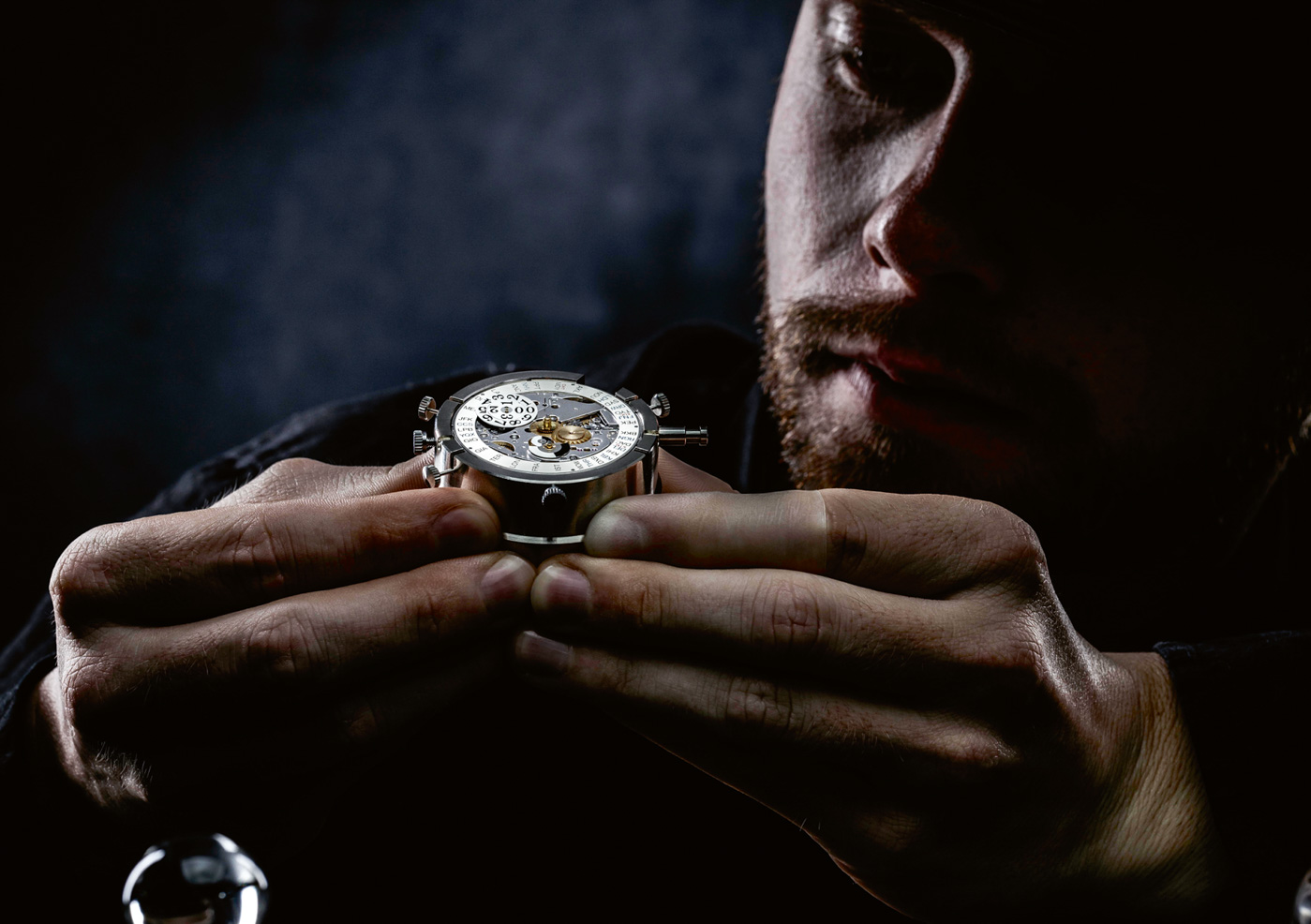 The concept will surely sound familiar: to save energy on a national scale by harnessing daylight for an extended period, some countries extend the time of day by an hour for the summer months (normally between April and October). However, not all countries follow this practice, and even among those who do, the exact date for adjusting their clocks varies in spring and autumn from one country to another. Yet more to consider is that when it’s winter in the southern hemisphere it’s summer in the north. As a result, the time difference between Berlin and Rio de Janeiro, for example, is 5 hours in summer but only 3 hours in winter. The classic 24-hour world time ring that is used in some luxury watches these days – since its invention by Louis Cottier, however, displays an unchanging 4-hour difference. 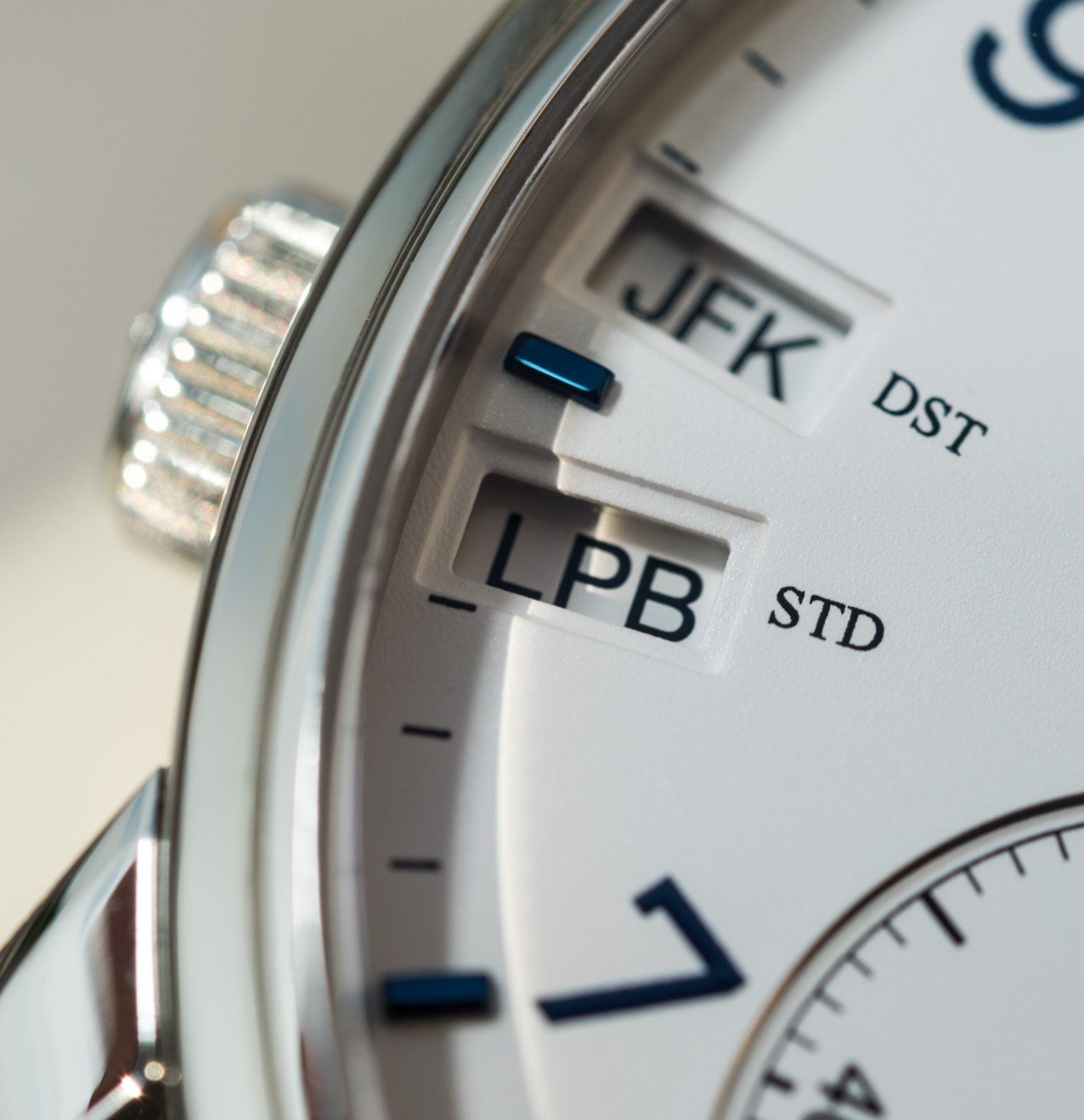 What is one to do? Well, it’s as easy as referring to the Senator Cosmopolite’s DST/STD apertures that flank the 8 o’clock index on the dial. When setting the local time via the method we discussed above – by rotating the crown at 4 o’clock – as the minute hand turns in 15-minute increments, the IATA city discs also move by every turn of the crown. To give you a specific example: if your “local time” is set to New York (IATA code JFK), and the date is the 4th of November this year, you’ll have to set the time backwards by an hour – i.e. four 15-minute adjustments on the main hand. Once that’s done, you’ll see that the “JFK” text will also now appear not in the DST, but rather in the STD aperture, to let you know, that you are now keeping Standard Time. 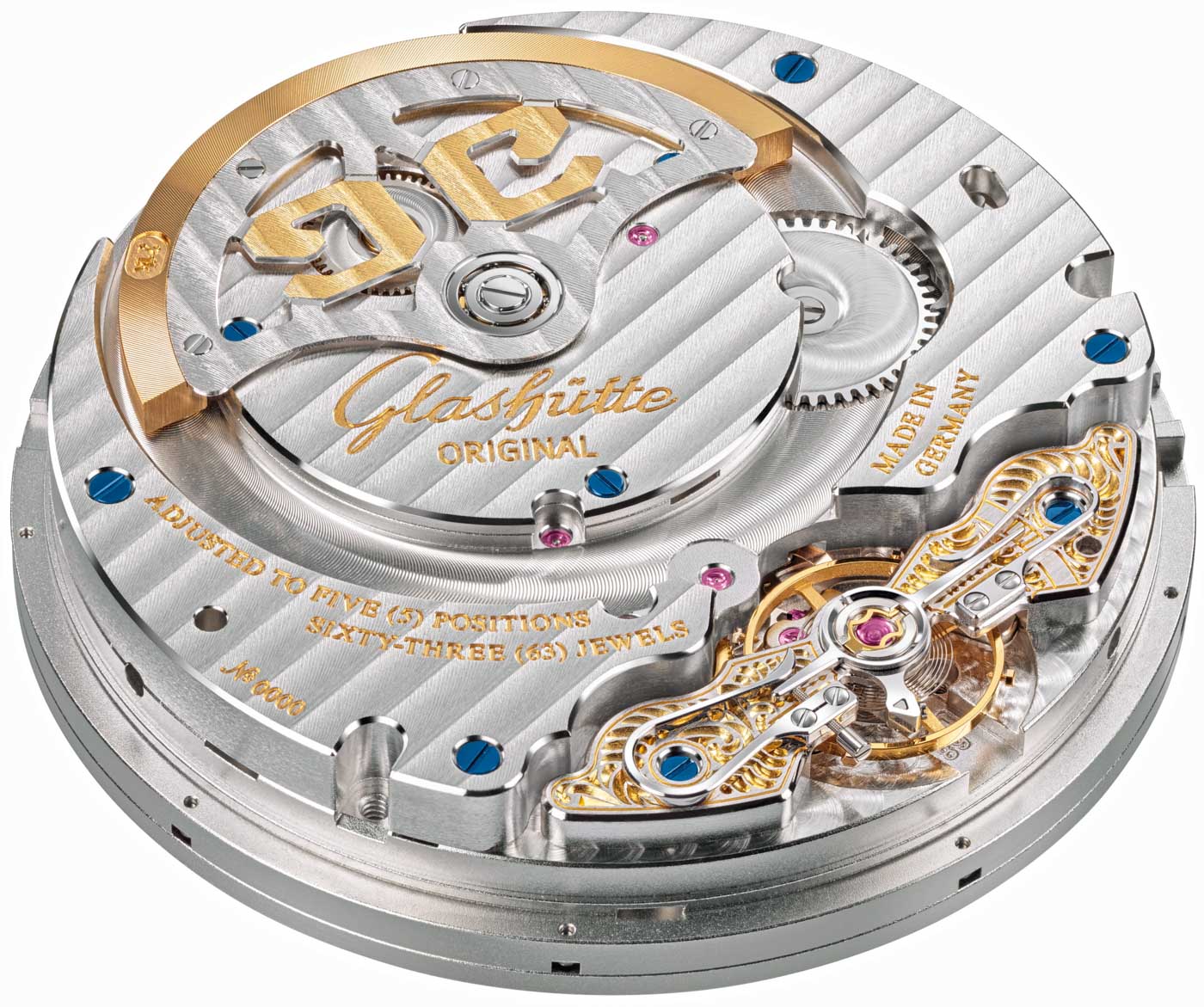 As is always the case, when something is this simple and easy to use on the outside, it is rather complicated, or at least ingeniously designed, on the inside. As such, the top, i.e. dial-side tier of the Glashütte Original Calibre 89-02 is responsible for making all these adjustments and ensuring, that the correct time is always shown in the respective time zones. The movement and, therefore, the watch itself remains impressively thin: the caliber measures 8mm thick, whereas the watch itself is 14mm thick and 44mm wide. The Senator Cosmopolite’s wearable proportions are attained with the use of an off-center micro-rotor that winds the movement and charges its 72-hour, weekend-lasting power reserve. 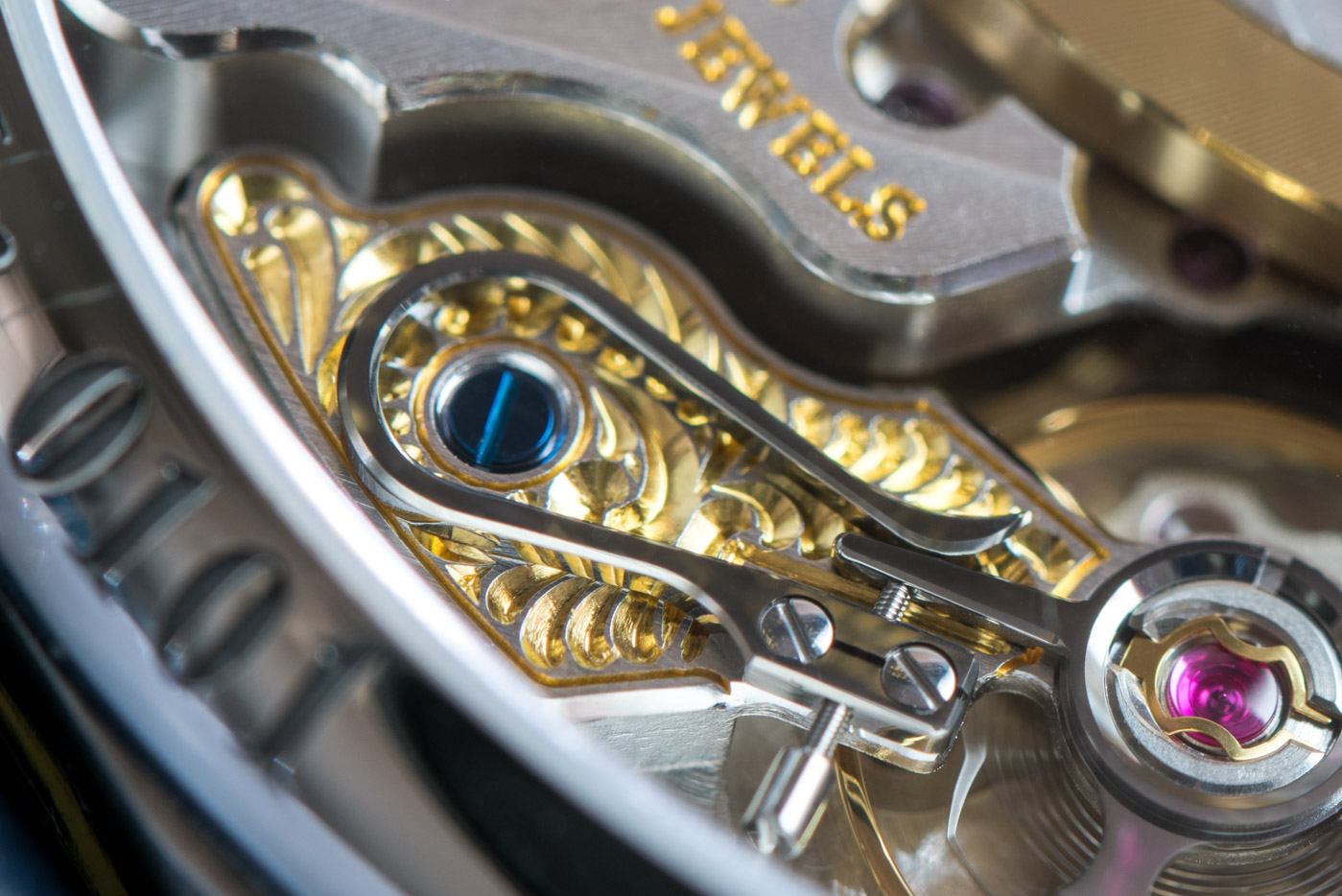 Further neat features include a stable, 4Hz operating frequency, four variable moment of inertia regulation screws, as well as all the traditional finishing techniques that one finds on high-end pieces from the brand, including the 21ct gold automatic movement rotor weight, hand-engraved balance bridge and the mirror polished, double swan-neck regulator.

In essence, then, the Glashütte Original Senator Cosmopolite is a world timer watch like no other, designed and engineered to perform the complicated task of keeping accurate time anywhere, and everywhere in the world. glashutte-original.com