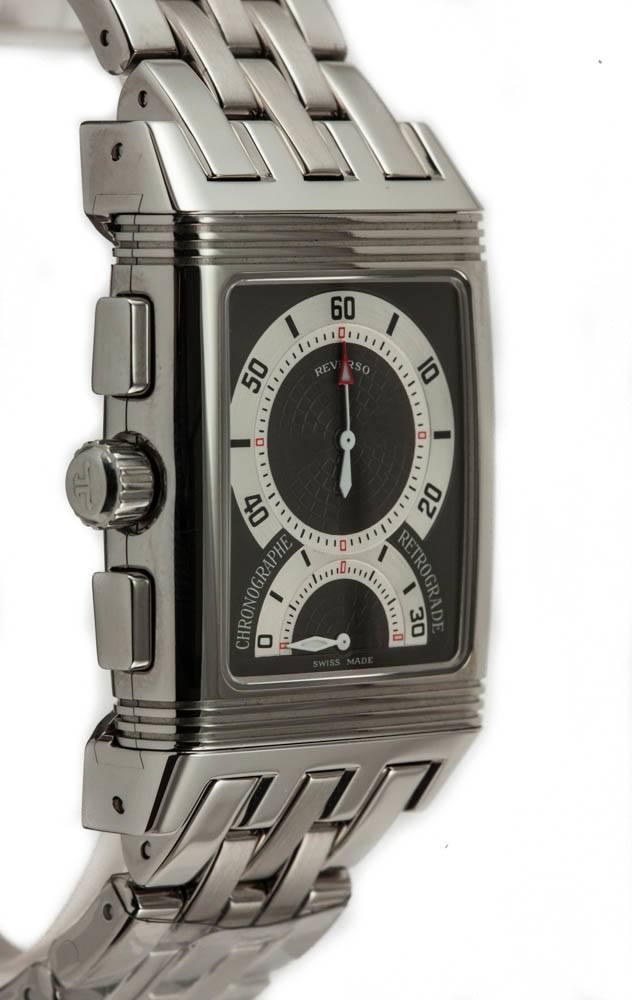 In the age of vintage watches that rival the value of real estate, professional vintage counterfeiters, and breathless real-time hype of marquee auction results, it’s easy to feel alienated by the mainstream of the watch collectors’ movement. Many who love watches for every reason except money are left ruing missed opportunities and wondering where to find value in the current market for collector watches.

But there’s good news for rank-and-file watch enthusiasts. Despite the growing gulf between mortal budgets and market-acknowledged “classic” watches, the late model preowned watch market offers as much variety, quality, and satisfaction as the vintage scene.

Like Vintage Ferraris, Some Horses Have “Left The Barn…”

The used watch market functions much like the used car market. Depreciation is a fact in all but the most exceptional cases. Very old and significant models will command premiums based on history and rarity. Finally, collector and media “discovery” can drive values into an upward speculation cycle and beyond the means of rank-and-file enthusiasts. Given this pattern, the key to finding value and enjoyment is to seek the still-undiscovered gems.

Consider the relatively recent phenomenon of televised auto auctions and the parallel explosion in the value of featured models. Many of the blue-collar American musclecar fans who nursed the most coveted machinery through three decades of mainstream indifference from the 1970s to the 2000s have been frozen out of the hobby as those cars have assumed fine art values in climate controlled garages.

In the watch sphere, longtime fans of vintage Rolex, Blancpain, Jaeger-LeCoultre, and many other marques are discovering the same collector chasm is growing between them and revered models from the 1950s, 60s, and 70s. The bad news is that many of the most celebrated watches – the Paul Newman Daytonas, the LIP/Aqua Lung/NoRad Fifty Fathoms, military-issue Panerai, and “Crosshair” JLC Geophysics of the world – now occupy permanent pedestals of stratospheric value, and their marketplaces are a breeding ground for counterfeiters.

Get Ahead of the Curve: Seek Undiscovered Value

The good news is that more worthwhile and accessible watches exist in the current preowned market than have ever existed in the history of the watch hobby. A three-decade surge in the popularity of mechanical watches has left preowned watch exchanges awash in fascinating machines worth loving.

Preowned watches are timepieces that have passed beyond the doors of the original authorized dealers; by definition, these watches have had more than one owner. Once a watch is held by an owner not qualified to sign and endorse the factory warranty card, the watch is preowned. For the purposes of this discussion, late model preowned watches are best compared to cars that have completely depreciated but are yet to be acknowledged as collectibles. In the case of watches and cars, that moment – collector recognition – tends to be the turning point at which values harden, and the upward march of pricing commences.

Consider the following watches a cursory sample of the variety and possibilities of the preowned marketplace: The Reverso Gran’Sport lineup of the late 1990s represented Jaeger-LeCoultre’s first attempt to pitch the iconic Reverso to a younger audience. Watches from this line featured greater water resistance ratings, sportier dial and case designs, and elaborate complications designed to endear the watches to a new generation that favored sports models. Of the complications included in the Gran’Sport series, the Chronograph Retrograde was by far the most exciting.

Debuting in 1998, the Gran’Sport Chronograph leveraged the dual-sided Reverso to showcase separate chronograph and time dials. The main dial displays three-hand time, the date, and an on/off indicator for the chronograph. On the opposite dial, a sixty-second hand works in tandem with a 30-minute retrograde indicator. In isolation, this combination is enticing enough, but the JLC in-house caliber 859 is a direct descendant of the watchmaking Manhattan Project that led the watchmaker from survival mode to revival mode during the 1990s. Of the six haut-de-gamme rose gold Reverso models constructed to help JLC watchmakers “relearn” complications lost during the Quartz Crisis, the caliber 829 Reverso Chronograph ranked among the most challenging to design. That landmark watch, a rarely seen edition of 500 units, lends its “heart” to the Gran’Sport Chronograph. For an unassuming used watch bargain, the Gran’Sport Chronograph boasts an impressive pedigree.

The caliber 859’s complication operates with the crisp action of a classical column-wheel chronograph, and the novelty value of watching two parallel dials operating independently is great fodder for conversation with fellow watch fans. Due to the limited distribution network of pre and early-Richemont Jaeger-LeCoutre watches, the owner of a Gran’Sport Chronograph is guaranteed to enjoy a measure of exclusivity.

Several versions of the Reverso Gran’Sport Chronograph Retrograde were manufactured between 1998 and 2006, and current market values range from about $6,000 for a roughly handled steel example on a rubber strap to approximately $15,000 for an excellent yellow gold example on a bracelet. Personal preferences aside, there’s no need to pay over $7,000 for a very good stainless steel watch on rubber. Early Roger Dubuis sports watches are a challenge to categorize. Are they big fine watches or fine big watches? Either way, these robust machines for He-Man wrists are anything but generic. If you’ve been pining for an active lifestyle watch that combines Hublot proportions with Vacheron levels of finish, a preowned Roger Dubuis “Sports Activity Watch” (SAW) may be the only game in town.

Roger Dubuis launched his eponymous brand in 1995 after a distinguished career as a complications specialist at Patek Philippe. In doing so, he became one of the pioneers of the modern independent horology movement. Despite Dubuis’ maverick streak and business partner Carlos Ruis’ penchant for offbeat designs, Roger Dubuis didn’t delve into the sports watch markets until late 2004. The debut of Dubuis’ SAW line was a moment of profound cognitive dissonance for the watch snob fraternity. Measuring over 43mm in diameter and festooned with graphics, the Aqua Mare, Sea More, and Easy Diver appeared to fit the mold of modern extrovert statement watches in the spirit of Hublot’s Big Bang and the Zenith Defy Xtremes. But Dubuis’ dedication to meticulous craft finish in the Geneva tradition meant the watches bore the famed Geneva Hallmark and levels of refinement rarely, if ever, seen on outlandish sports watches.

And the finishing standard of these SAW watches is undeniable. Machine beveled, polished, and texture-grained movements from mass manufacturers have lulled today’s watch lovers into a false impression of what fine finish is. Compare something outwardly impressive like an Omega Cal. 8500 to the Lemania-based RD 57 in a 2005 Easy Diver, and the difference between the two is breathtaking. Rounded (not sheer) anglage, “black” polish, jewel countersinks with mirror sheens, and immaculate swan’s neck regulators embody the best of the Geneva tradition. Even the screws in the Roger Dubuis are polished on their heads, beveled in their slots, and shine like mirrors at the pilots below the threading of the shafts (yes, invisible portions of these screws are mirror finished). The chronograph variants received Geneva Hallmark RD 56 movements based on the same Lemania 2310 base caliber as the original moonshot Omega Speedmasters and the Patek Philippe 5070.

And those chronographs trade for less than $10,000 on the preowned market; time/date versions of the SAW series change hands for less than $7,000. With steel cases, rubber straps, and water resistance ratings of 300 meters, the SAWs may be the only high horology watches that can go to the beach, take a shower, and wash the dog. With production runs measured in the dozens and hundreds, you’ll never encounter another one. Regardless of how you wear them, the Roger Dubuis SAW watches are big, bold, and unique.