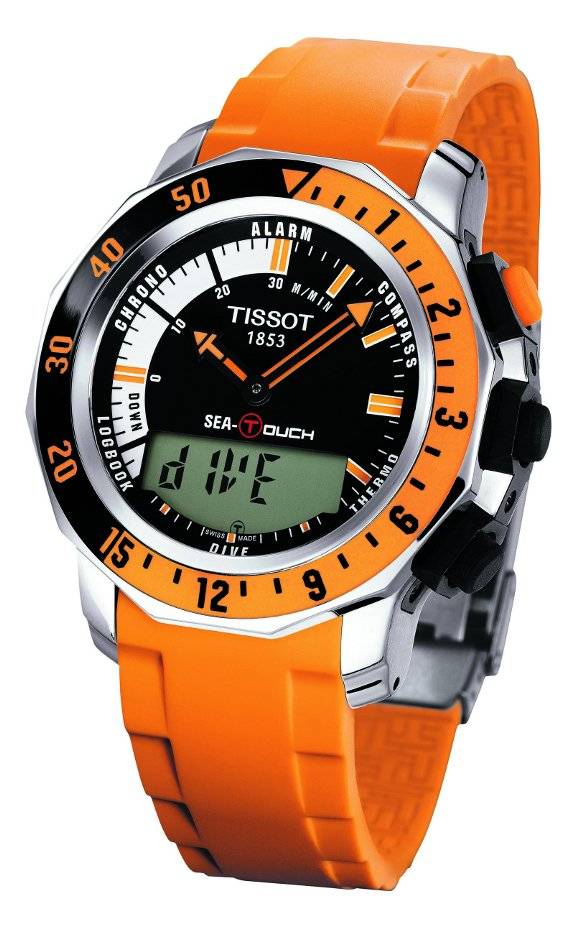 While I knew it was coming, the official announcement for the Tissot Sea Touch watch is here. In early January I picked up rumblings on the Internet of a new Tissot T-Touch watch called the Sea Touch (read more about it in the link). Some prototype images and speculation aside, it was pretty obvious what the new diving-centric T-Touch line watch was all about. It is now clear that there will be rubber and steel bracelet versions. The case of the watch will be steel as well (not titanium as I previous speculated, as at the T-Touch Expert is made). That is OK, as steel has proved to be an excellent material for diving watches. As for the sapphire touch screen crystal, I am so happy that it seems to work underwater and with gloves.

The Sea Touch is all about diving looks and diving features. While the T-Touch is a capable diving watch, it’s functions are designed for land use. The Sea Touch adds a depth gauge, dive log book, and various important information like rates of ascent and descent. None of these features will be useful on land, but are invaluable to the diving enthusiast. The pushers on the case have a new patented double seal system unique to Tissot. It makes them easy to operate yet water resistant. The watch is resistant to 200 meters, making it worthy for anything you’d need to subject it to. Remember that the case still needs to have sensory openings (through the back of the case) to collect data. I wonder if the compass would work under water. I have no idea if that effects it all, I’ll have to consider that… (UPDATE: Compass does work under water). 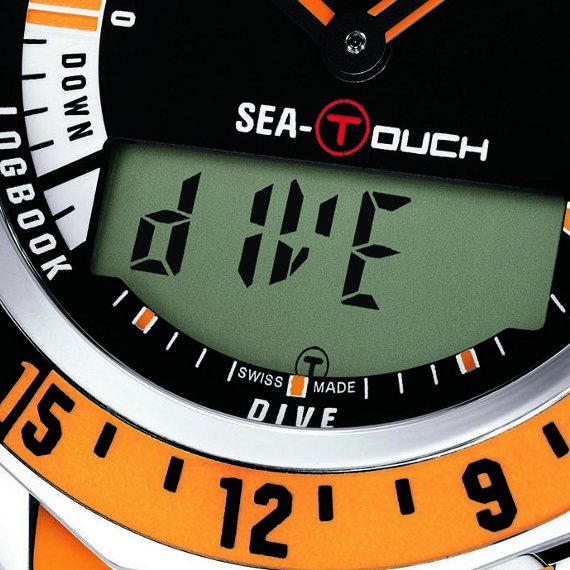 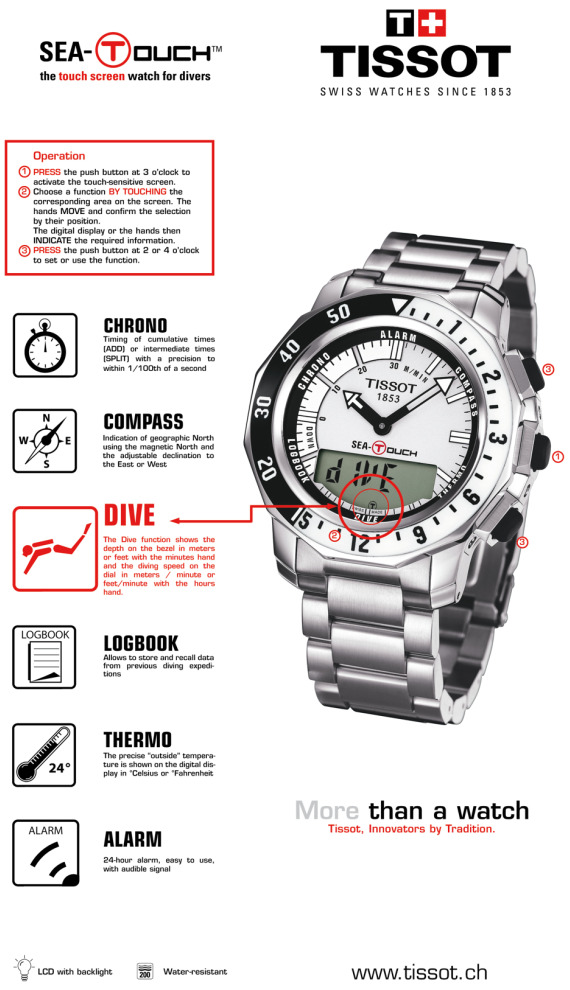 The movement is similar to that of the Tissot T-Touch Expert save for the different functions. A feature is an End-of-Life indicator. I am not sure what this means exactly. It is either an odd name for a battery life indicator, or it tells you if the movement is about to die and you should not rely on measurements of data anymore when diving. Either is a good feature to have. In addition to the bold orange colored case, the Tissot Sea Touch will be available in white and black. No blue version? Overall I think the techie diving looks works well on the series, and really evolves the Tissot T-Touch line. What is sort of unfortunate – and this is not really a criticism – is that the watch IS so diving focused. I can see myself wanting to get this watch, but feeling that the dedicated diving features aren’t ones that I would used too often, or ever. That might preclude me from buying the watch in favor of another Tissot T-Touch model. I have no idea how large the market is for diving watches used only for diving, but I would image it is not as large as the mainstream market for watches. Even though complex features on my Tissot T-Touch Expert are functional on land even if I don’t really need them. So I worry a bit about Tissot having backed the Sea Touch into too much of a niche market. Just a thought.

I am excited to see more of these Sea Touch watches soon while playing with them in stores and annoying sales people. The official release is going to be at Baselworld at the end of March. Expect retail availability soon afterward. Prices will most likely be between $1,000 – $1300.