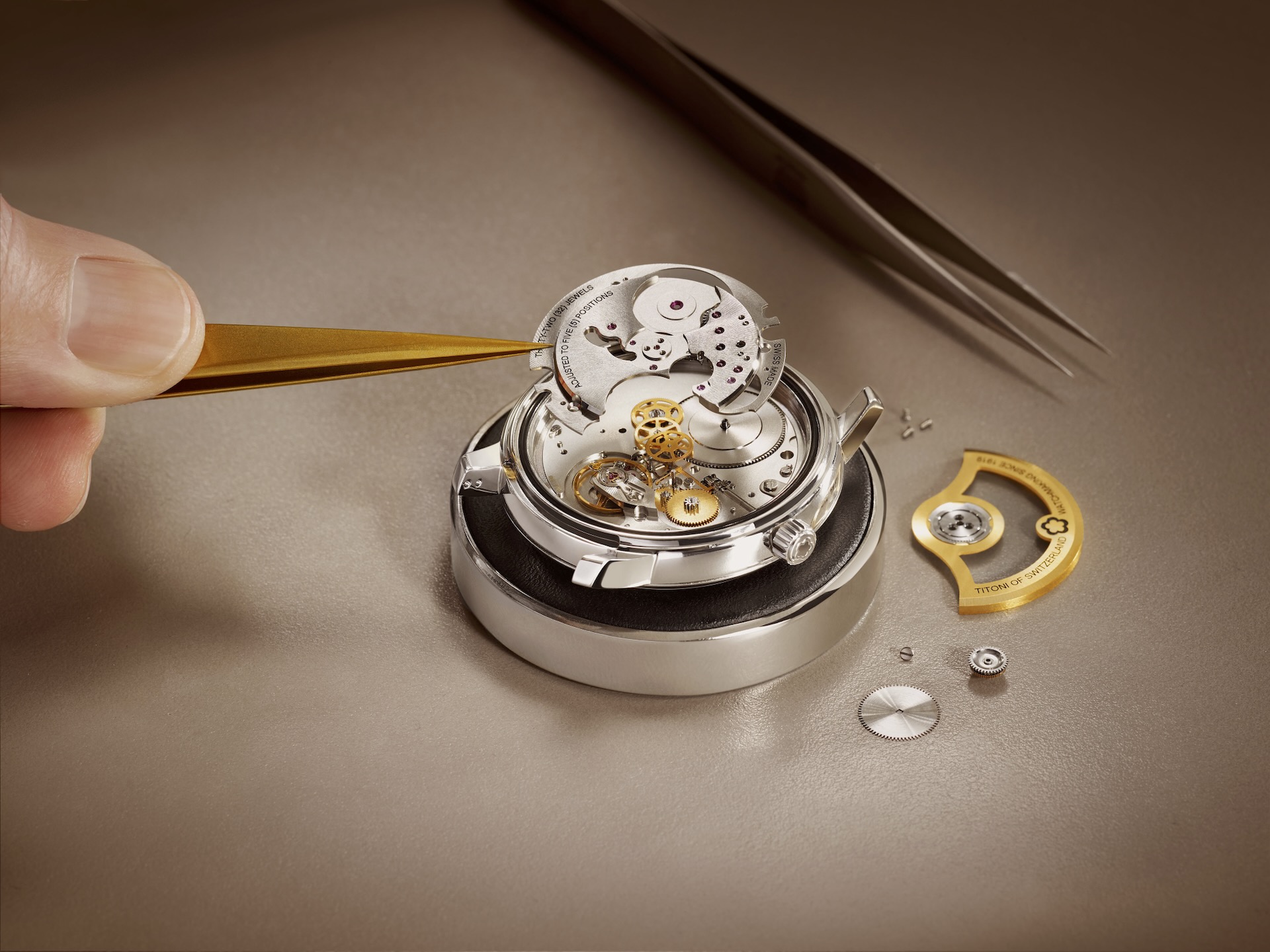 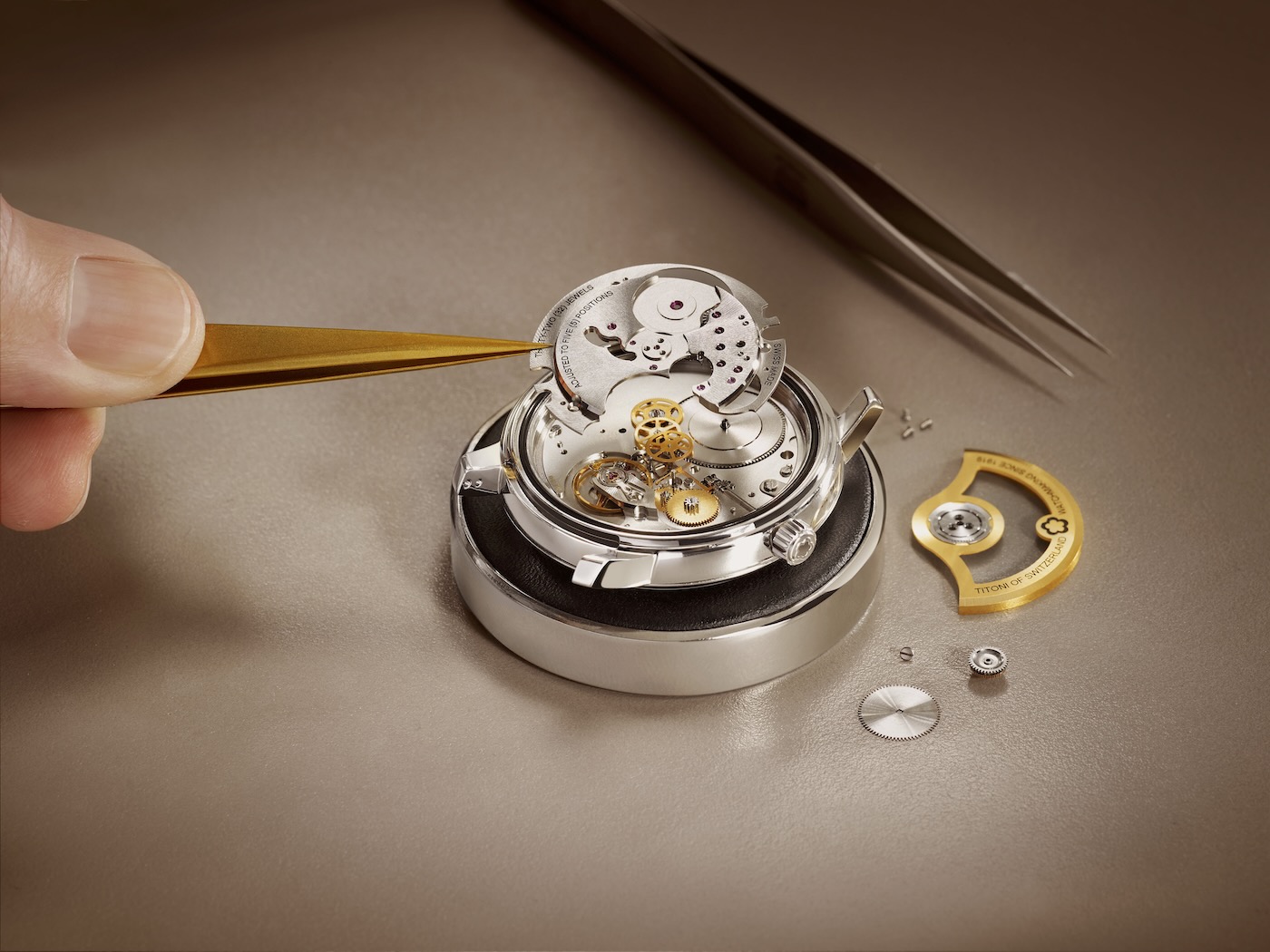 TITONI may not be the first brand that comes to mind when you think of independent Swiss watch brands with over a century of uninterrupted history in watchmaking, but that’s all set to change with the introduction of its T10 movement and a strong push into the North American and European markets. After 60 years as a stalwart Swiss brand in the Asian market, TITONI is set for global expansion, equipping its most popular lines with the new in-house T10 movement, and doing so at a surprisingly accessible price point. 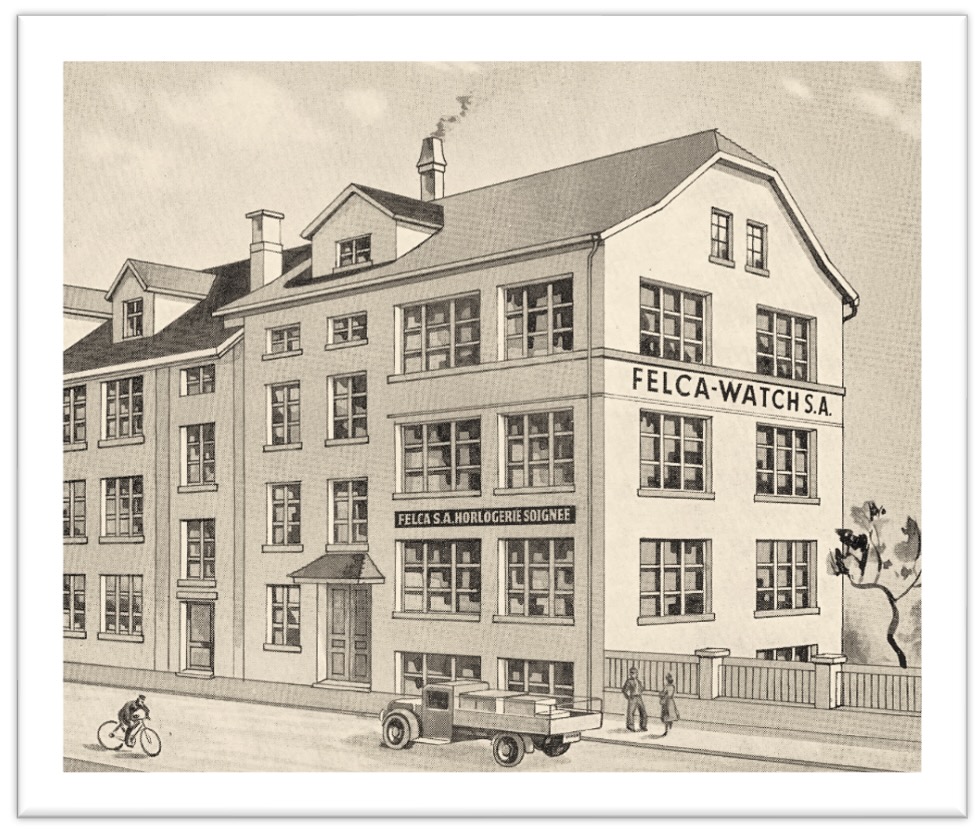 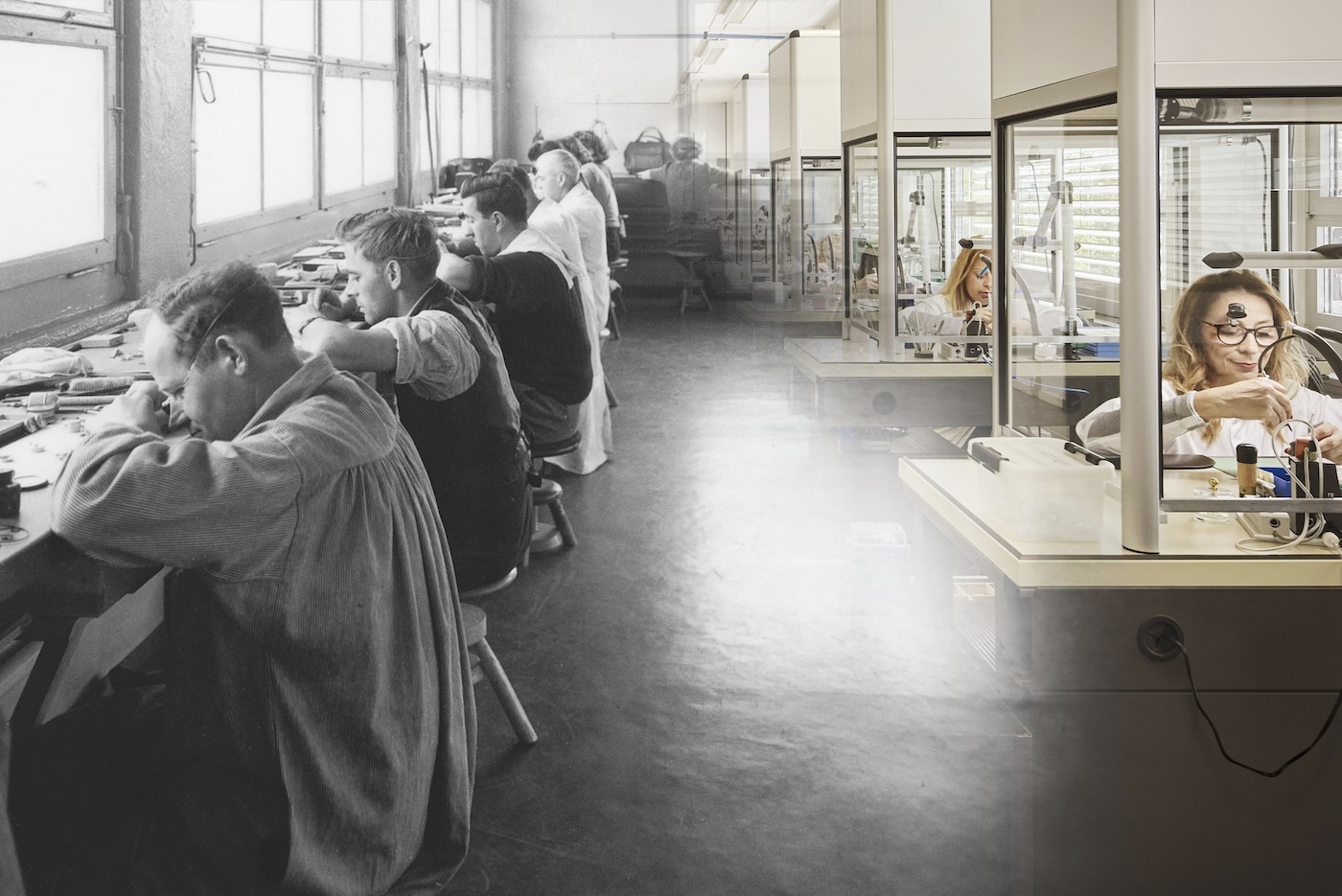 As a brief primer on the brand, Fritz Schluep first opened the doors of his modest Grenchen workshop at the base of the Jura Mountains in 1919, selling watches under the brand name Felca. As his business quickly expanded, Schluep saw the importance of growing beyond Switzerland and began exporting watches to Germany, North America, and Japan. When World War II began, the world changed entirely, and the brand switched to manufacturing watches for the U.S. Army. 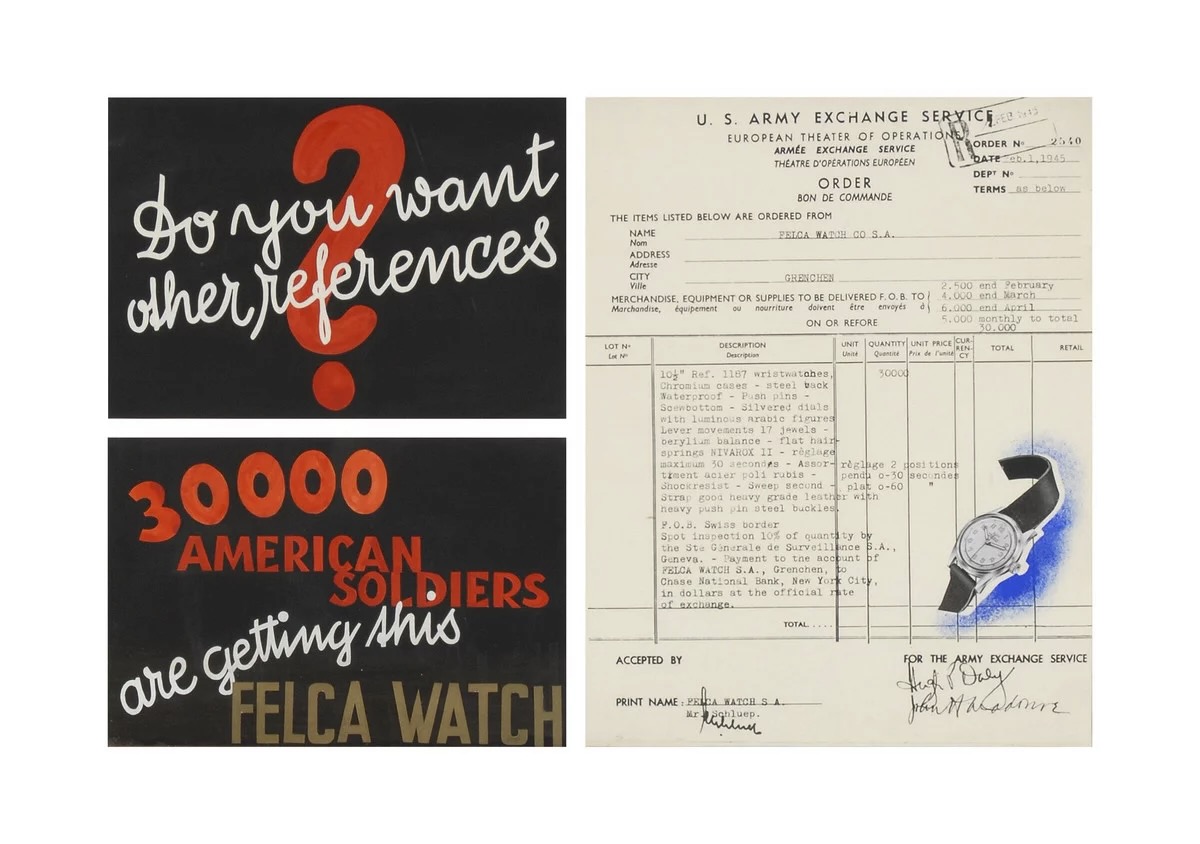 During those tumultuous years of the second world war, control of the brand was handed down to Fritz’s son and master watchmaker, Bruno Schluep, who would usher Felca into the era of global resurgence that began in the post-war era. As factories pivoted back to making watches for the public, global demand was high, but so was the competition. Bruno saw this as an opportunity for his company, and thus he invented a sister brand named TITONI. Bearing a stylized flower as its signet, Bruno Schluep saw the brand’s future not in Europe or the Americas, but in a rapidly growing Asian market. The flower logo that represents the brand, the meihua, is native to southwest China and is a symbol of endurance and stability. It may seem like a small detail, but the flower resonated in the new market — ask someone about TITONI and they may not recognize the name; ask about the plum flower brand and they’ll immediately describe the Swiss watch brand. 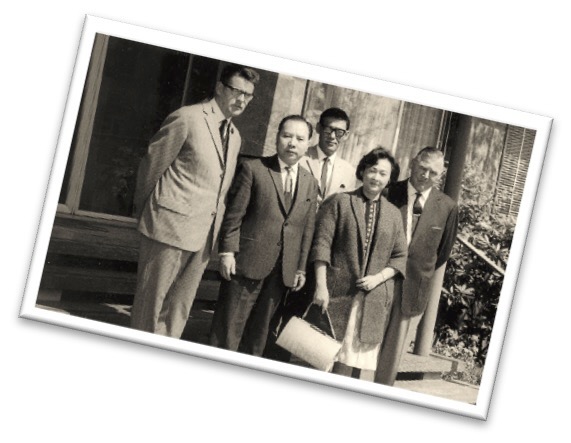 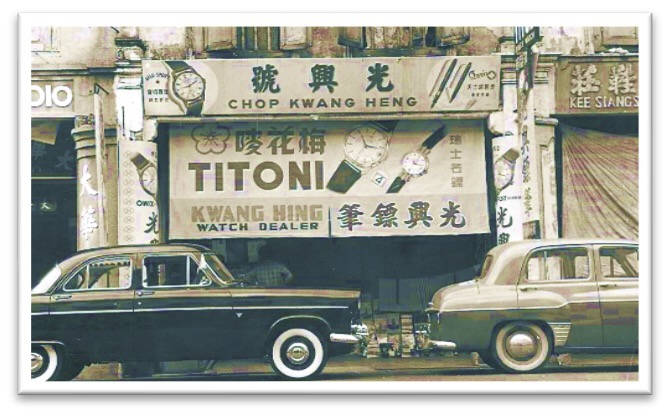 For the past 60 years, TITONI has been a mainstay of Swiss luxury watchmaking at reasonable prices within the Asian market. But TITONI didn’t accomplish this feat alone. Around 1950, while traveling to Singapore, Fritz and Bruno met Koh Mui Yew and established a decades-long relationship that linked the two families. Now in their third generation of ownership, the Koh family has been instrumental in distributing TITONI watches and establishing the brand in China. 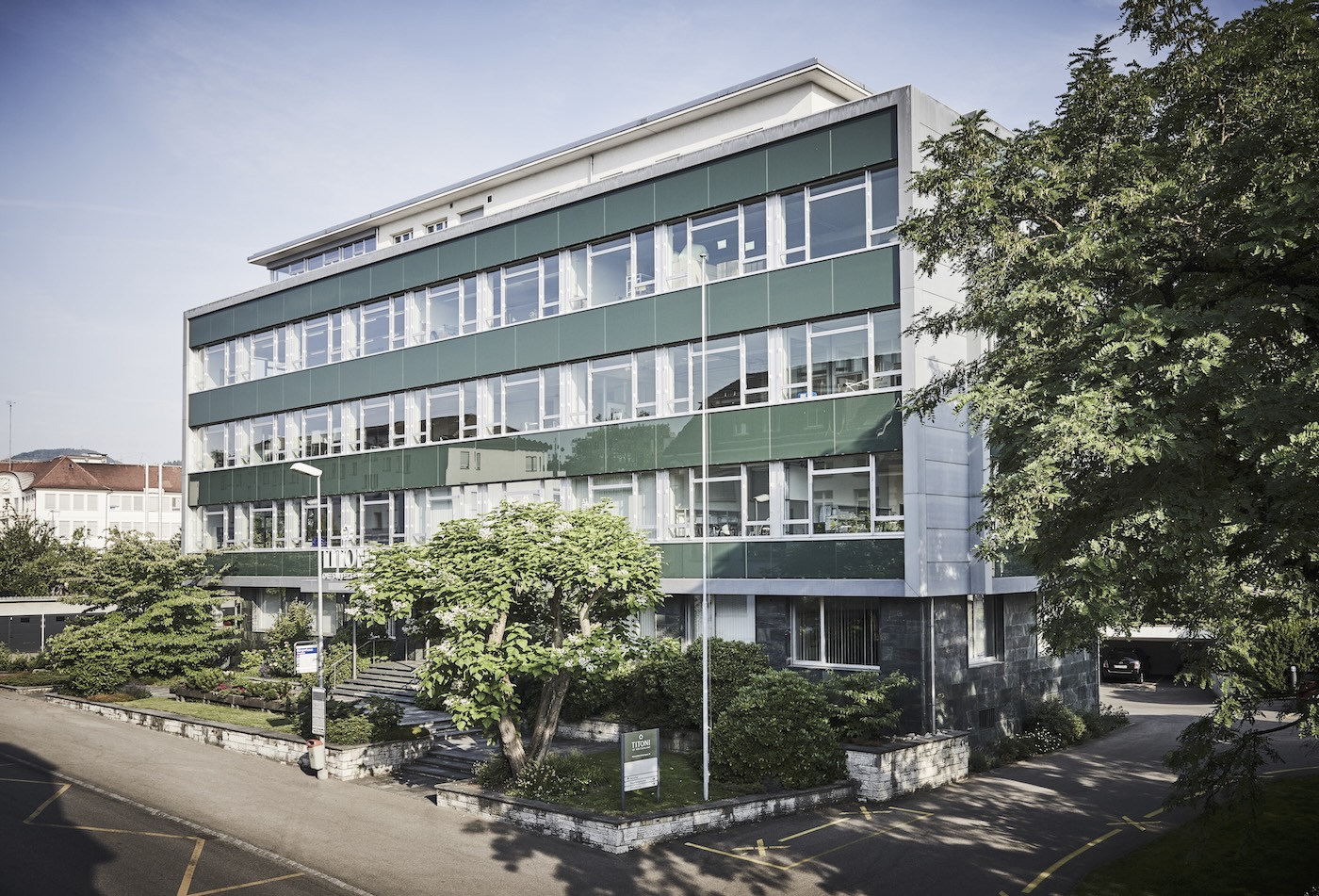 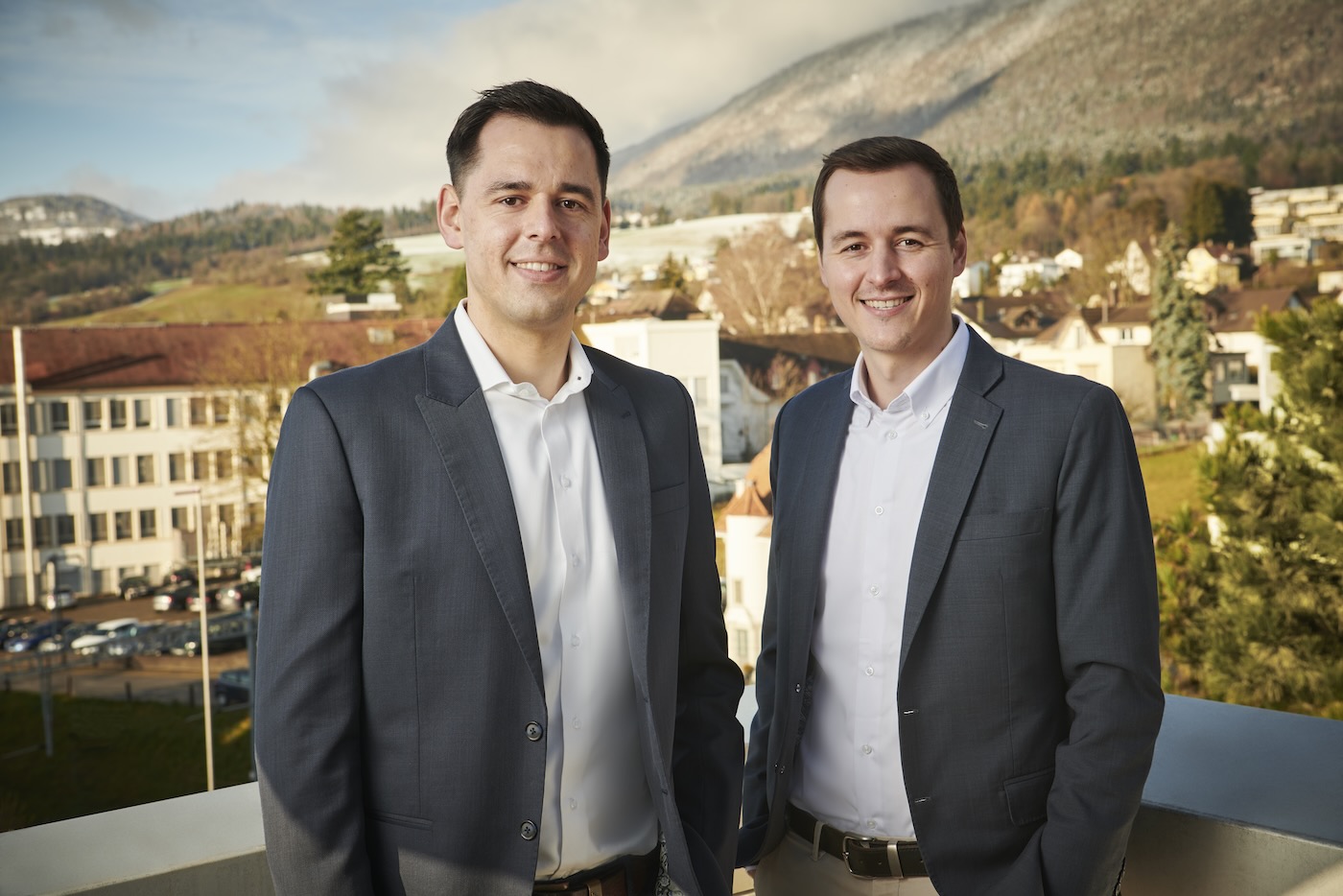 Now with the fourth generation of Schlueps, Marc and Olivier, at the helm, the two are doing just what their father, grandfather, and great-grandfather before them did — bringing the family brand to new wrists in new markets. And what better way to re-introduce yourself to a global audience than with a new, in-house movement: the T10. 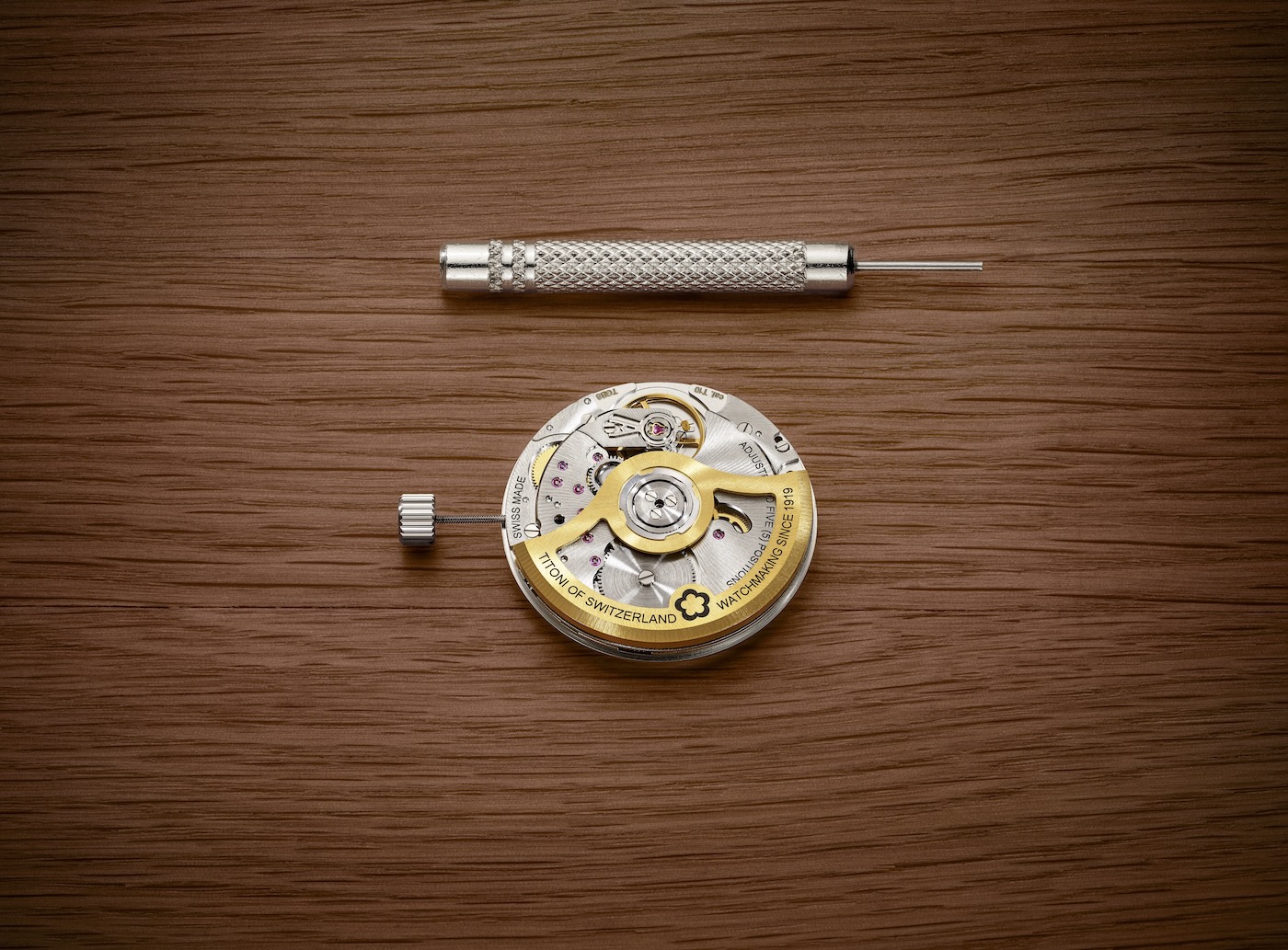 TITONI is, and always has been, a mechanical watch company. Even when the quartz revolution swept the world, TITONI kept right on making mechanical watches. Mechanical watches are the brand’s core identity; yet, until recently, TITONI had to rely solely on third-party suppliers for its movements. As the company’s 100th anniversary approached, the brand decided to mark the occasion with a new movement — a movement designed in-house, with parts produced by the best suppliers in Switzerland, all within a couple-hour drive. 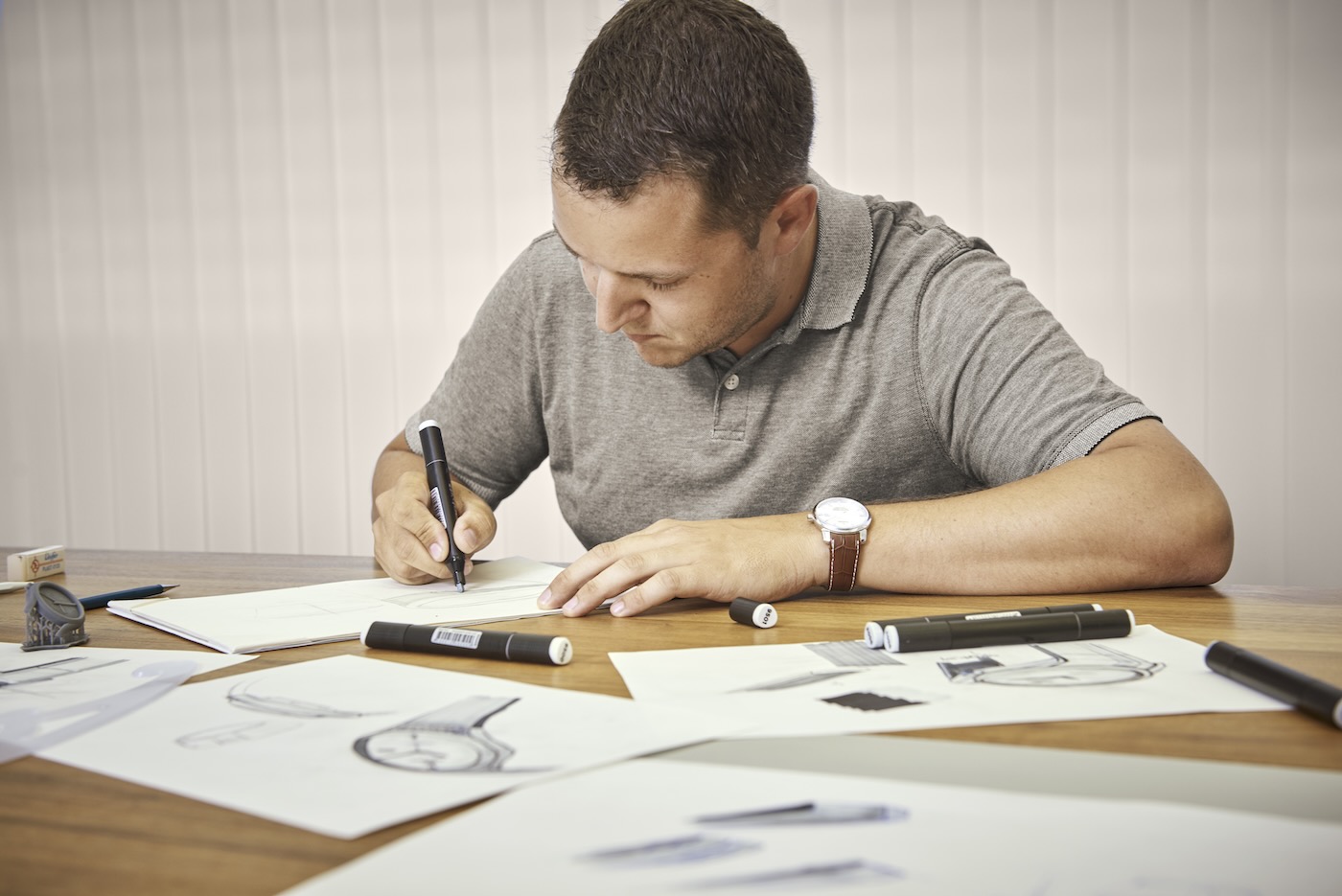 Vertical integration is a popular buzzword, but TITONI’s goal was to produce the best movement possible in terms of quality, specifications, and cost efficiency. The best way to do that was to collaborate with the best possible suppliers. Luckily, Grenchen, located at the foot of the Jura Mountains, is in the beating heart of the Swiss watchmaking region, so finding the best suppliers means a stroll across town or a short drive down the valley. In creating the T10, TITONI wanted to ensure that the movement was a new design; it couldn’t just be another ETA clone. Plus, it had to be thin, robust, have a long power reserve, and be capable of attaining COSC certification. Certainly possible, but the challenge was keeping the price reasonable to align with the brand’s core value of accessible luxury. Specifically, the goal was to create an in-house movement that could be sold in watches at an affordable price segment, which is where TITONI has been since its foundation. No trivial feat. 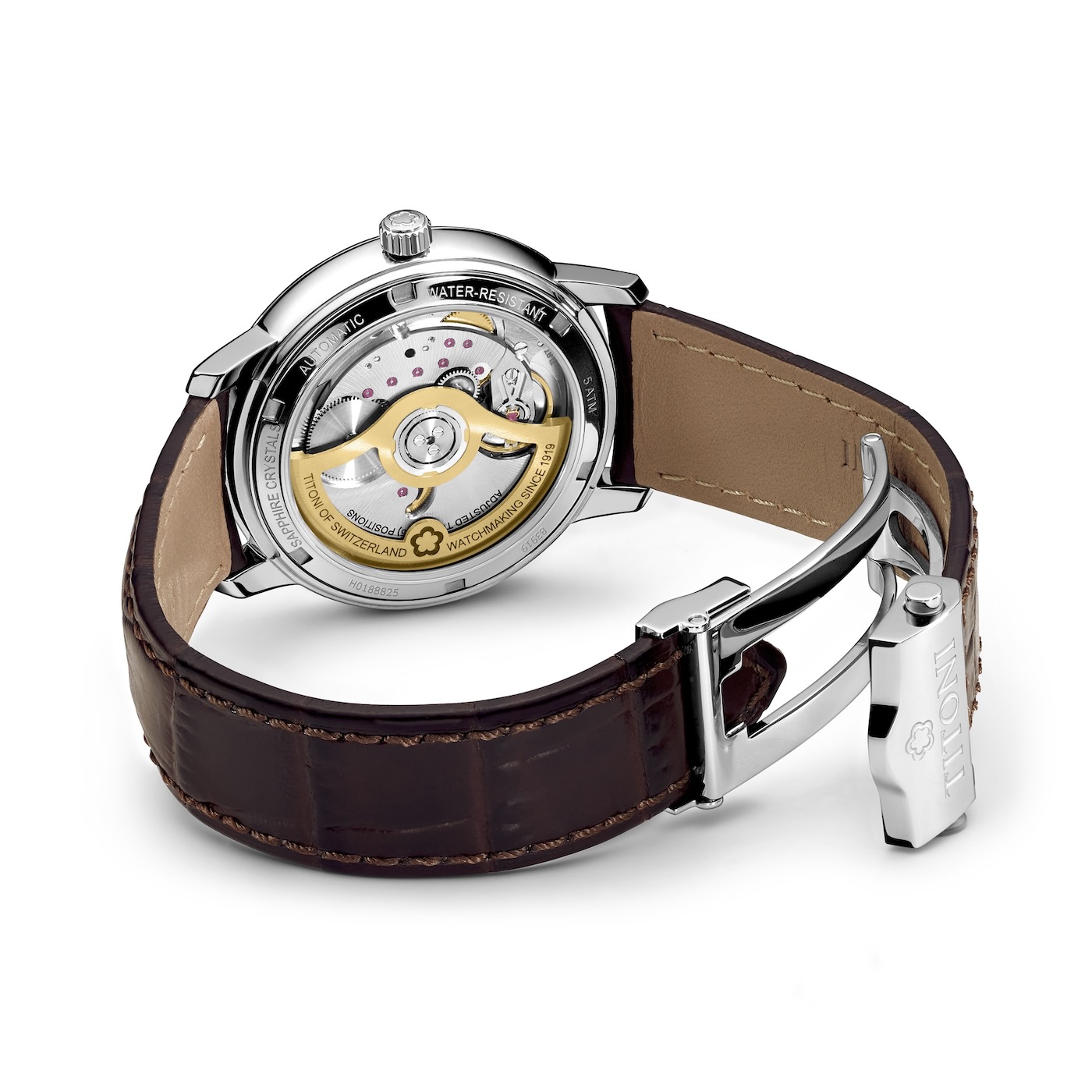 Development of the T10 movement began in 2013, and six years later, the new in-house caliber was released in TITONI’s Line 1919 dress watches to mark the brand’s 100-year anniversary. You can now find the T10 movement in both the Line 1919 and the brand’s professional dive watch line, the Seascoper 600. But that’s just the start. Keep an eye on TITONI’s lineup as the T10 will certainly feature in more models down the line. 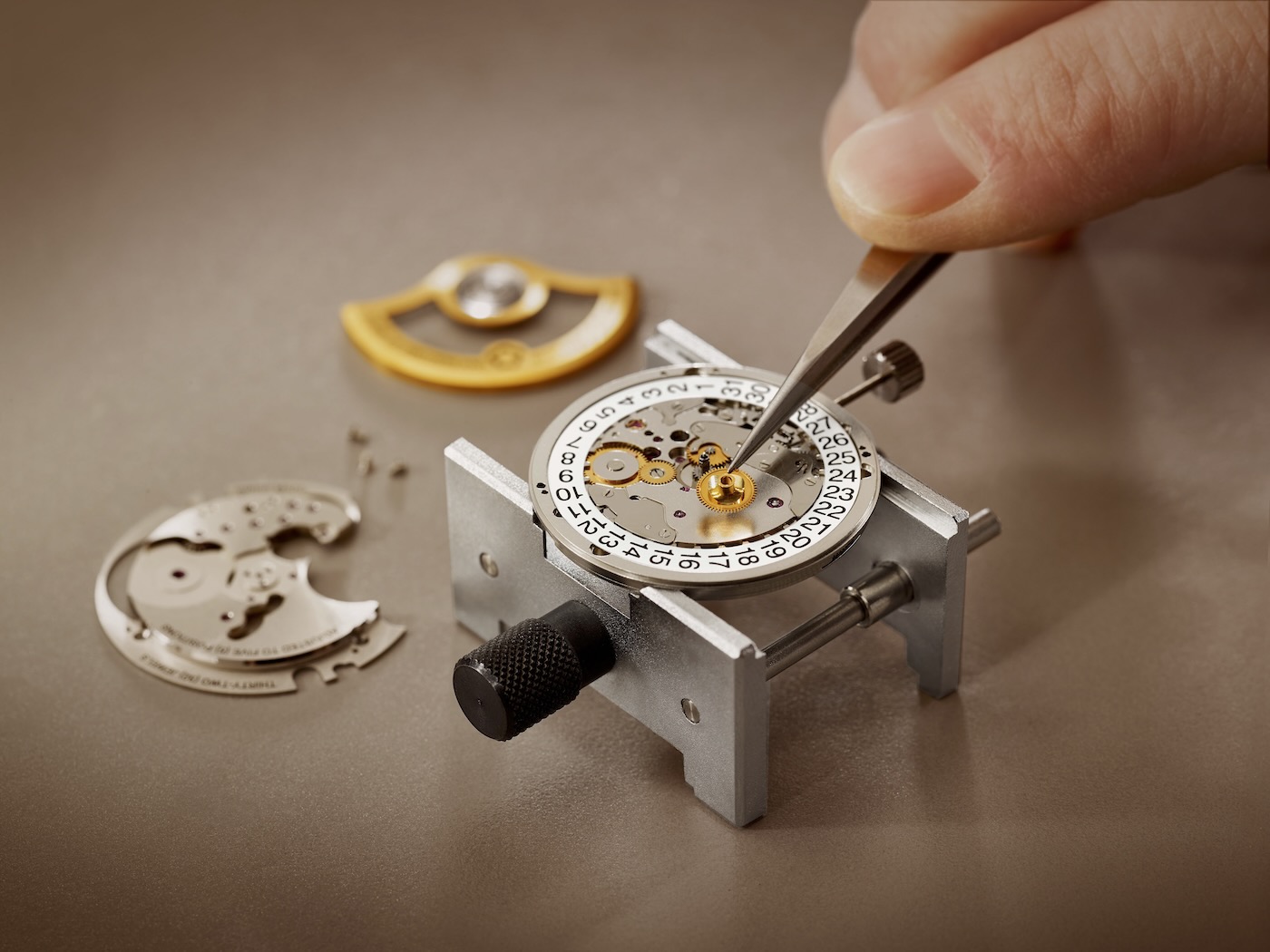 The T10 is an automatic caliber consisting of 168 individual parts from 15 different suppliers, all manufactured within a close drive of the brand’s headquarters in Grenchen. Keeping manufacturing close to home allows TITONI to have easier face-to-face communication with suppliers, oversight on manufacturing, and ultimately ensure that the T10 meets exacting standards. 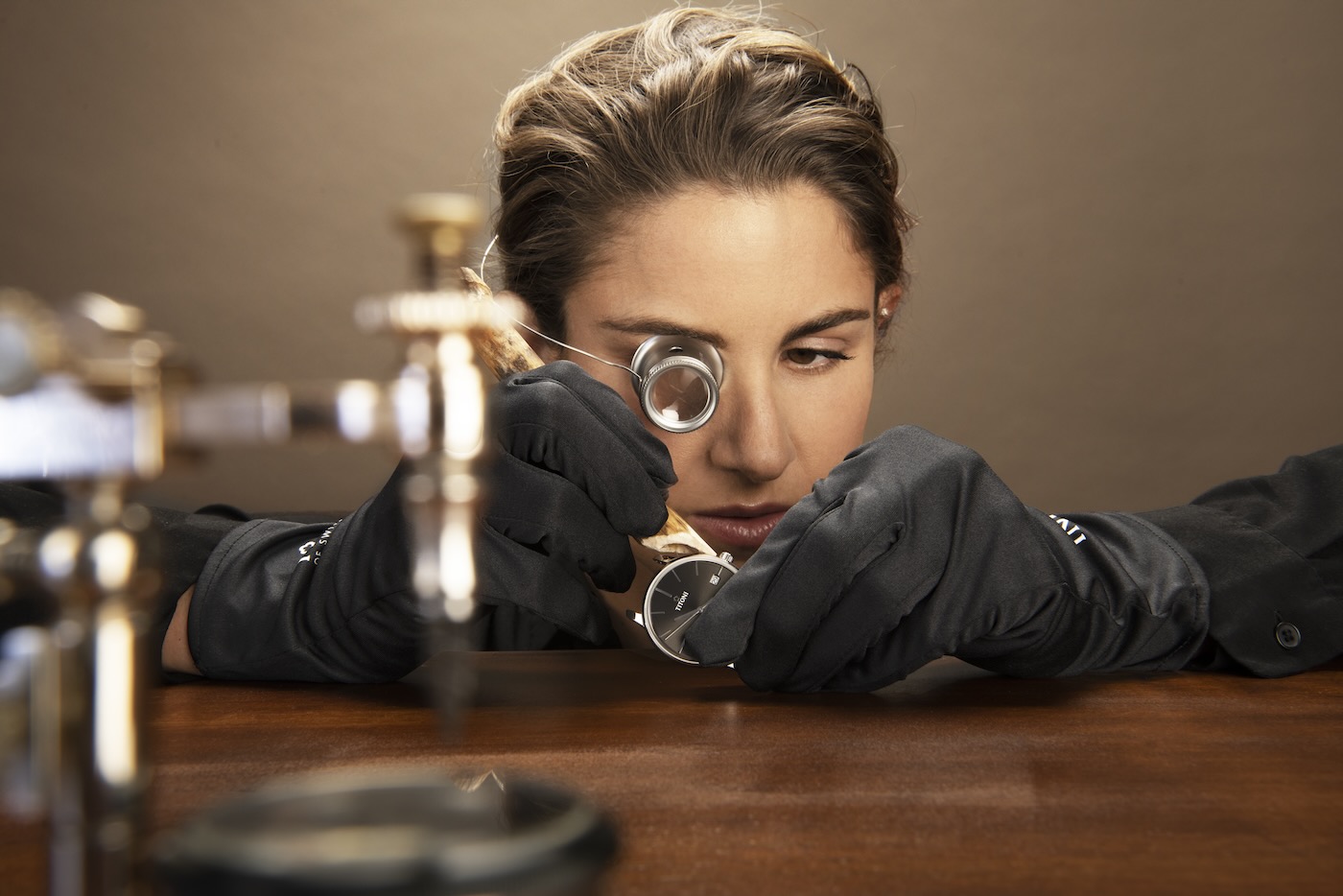 Equipped with 32 jewels and beating at 28.8kbph, the T10 movement is thoroughly modern in its specs, with a three-day (75-hour) power reserve that far outpaces standard Swiss movements found in comparably priced watches with their ~40hrs of power reserve. TITONI also wanted to ensure that the T10 was as thin as possible, eventually settling on a svelte 4.10mm movement height with a 29.30mm diameter, allowing TITONI to keep its watches slim and fit in with the brand’s existing lineup of watches. You won’t find excessive decoration on the T10, but the skeletonized rotor allows for an unobstructed view of the components that make the T10 tick. The T10 is currently only available as a time-and-date movement, but with this major investment in the T10 caliber, don’t be surprised to see variations down the road. 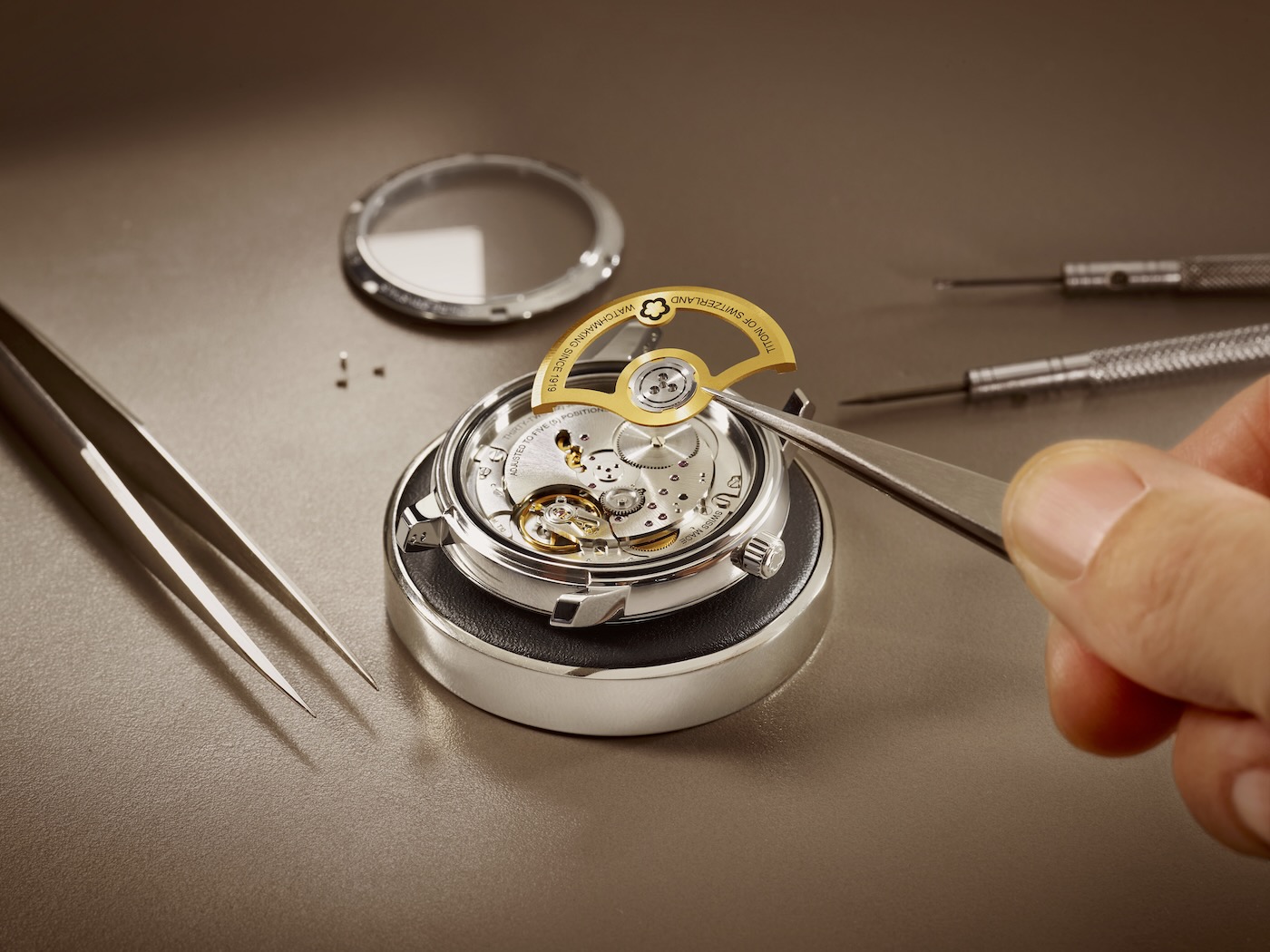 With suppliers close to home and all quality control (including pressure testing and movement accuracy testing) and assembly kept in-house, TITONI’s fourth generation is honoring their great-grandfather’s legacy of producing premium Swiss watches for a global market. Indeed, the original workshop is directly across the street from TITONI’s state-of-the-art headquarters — a constant reminder of the brand’s history. The T10 caliber exemplifies TITONI’s approach to watchmaking, one that’s been successful for over a century but has remained largely under the radar of watch enthusiasts outside of Asia. With the T10 movement and an impressive catalog of watches of all styles, it’s time for a global audience to rediscover the plum blossom brand. To learn more about TITONI and the T10 movement, please visit the brand’s website.