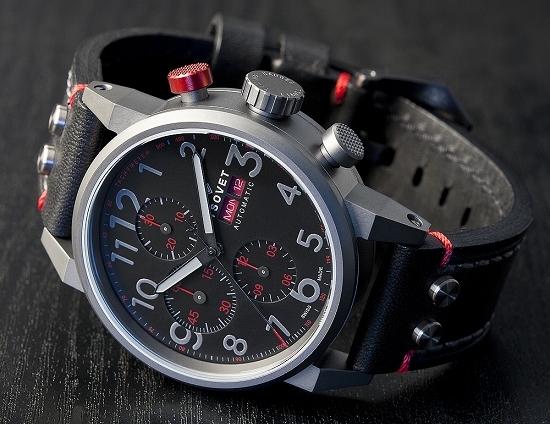 Fans of the Chip Ganassi Racing Teams will now have a new way of showing their allegiance via the limited edition Tsovet SVT-GR44 chronograph. This sporty 44mm automatic chronograph is being produced to commemorate the 145 wins that the various Chip Ganassi teams have claimed between 1994 and 2011. With teams running in Nascar, IndyCar, and Grand AM series racing, Chip Ganassi represents a very successful American racing institution. Tsovet is a Los Angeles -based brand which launched in 2008 and has become known for their gauge-like styling and punchy wrist-presence. I find their look to be somewhere in the overlap between Bell & Ross, Hamilton and U-Boat and appreciate that they offer both mechanical and quartz timepieces which all feature Swiss-sourced movements. 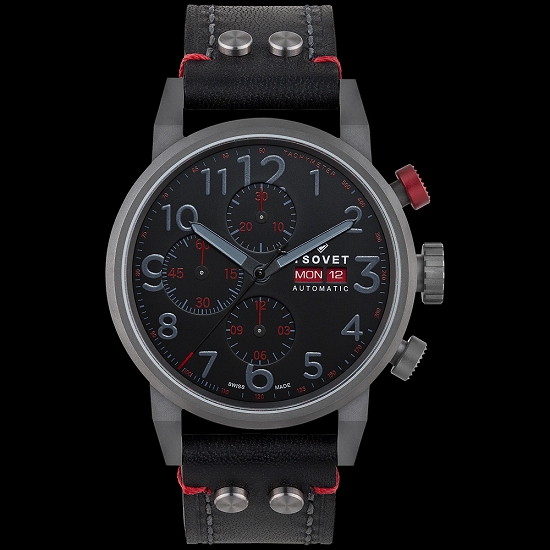 The Tsovet SVT-GR44 is limited to 51 units and will come in a wooden display case and include a specially produced book covering the many successes of the Chip Ganassi teams. Sporting a 44mm stainless steel case with a gunmetal finish, the SVT-GR44 is predictably powered by the ETA 7750 offering a maximum 12 hour measure with 30 minute and main seconds resolutions. The dial design is clean and legible with large Hamilton-style numerals and a white-on-red day and date window to match with the red start/pause chronograph pusher. As far as race-inspired chronographs go, I really like this one. The subtle steel-blue coloring of the hands and numerals looks great against the gun metal finish of the case. I appreciate that Tsovet has resisted the urge to decorate the dial with logos or direct mention of the Chip Ganassi racing team, opting instead for a less cluttered dial layout which speaks for itself with contrasting colors and crisp text. 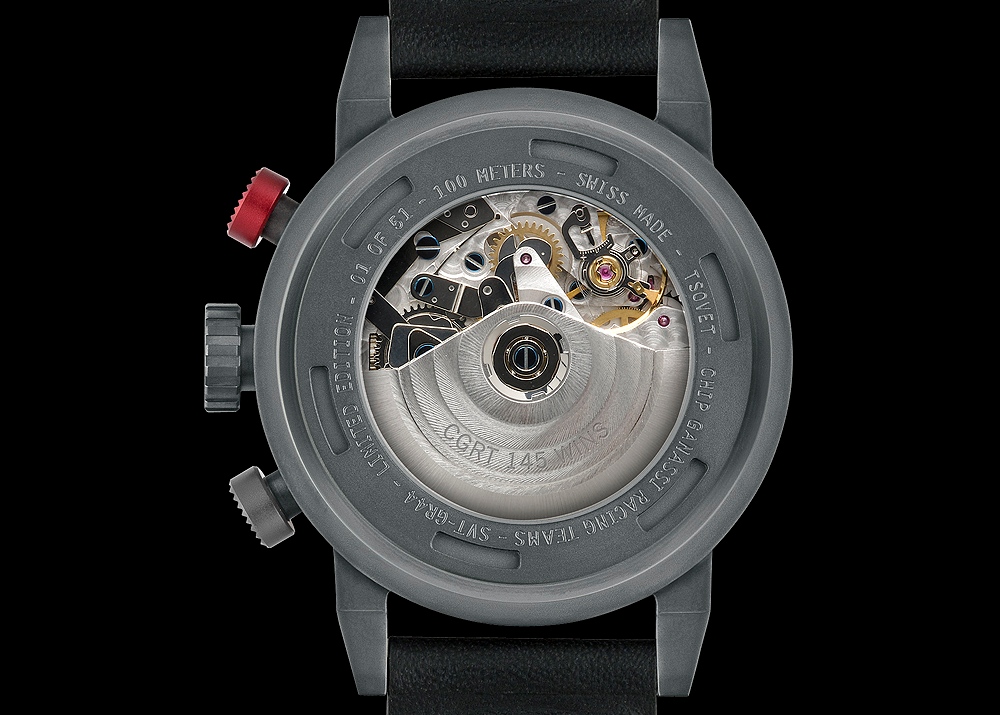 Previous to reading up on the SVT-GR44, I had never heard of Chip Ganassi as I don’t actively follow any motorsports so the SVT-GR44 is likely not intended for my wrist. Furthermore, the price tag will likely filter out all but the most extreme of Chip Ganassi fans as this Tsovet carries a whopping list price of $3495.00 USD. That is quite expensive for a non-COSC certified ETA 7750-based chronograph, but only 51 will be made and Tsovet has designed the SVT-GR44 to appeal to the most die-hard Chip Ganassi Racing fans (of which I assume there are at least 52). If you’re a fan of any of the Chip Ganassi Racing Teams, please let us know what you think of the SVT-GR44 in the comments.