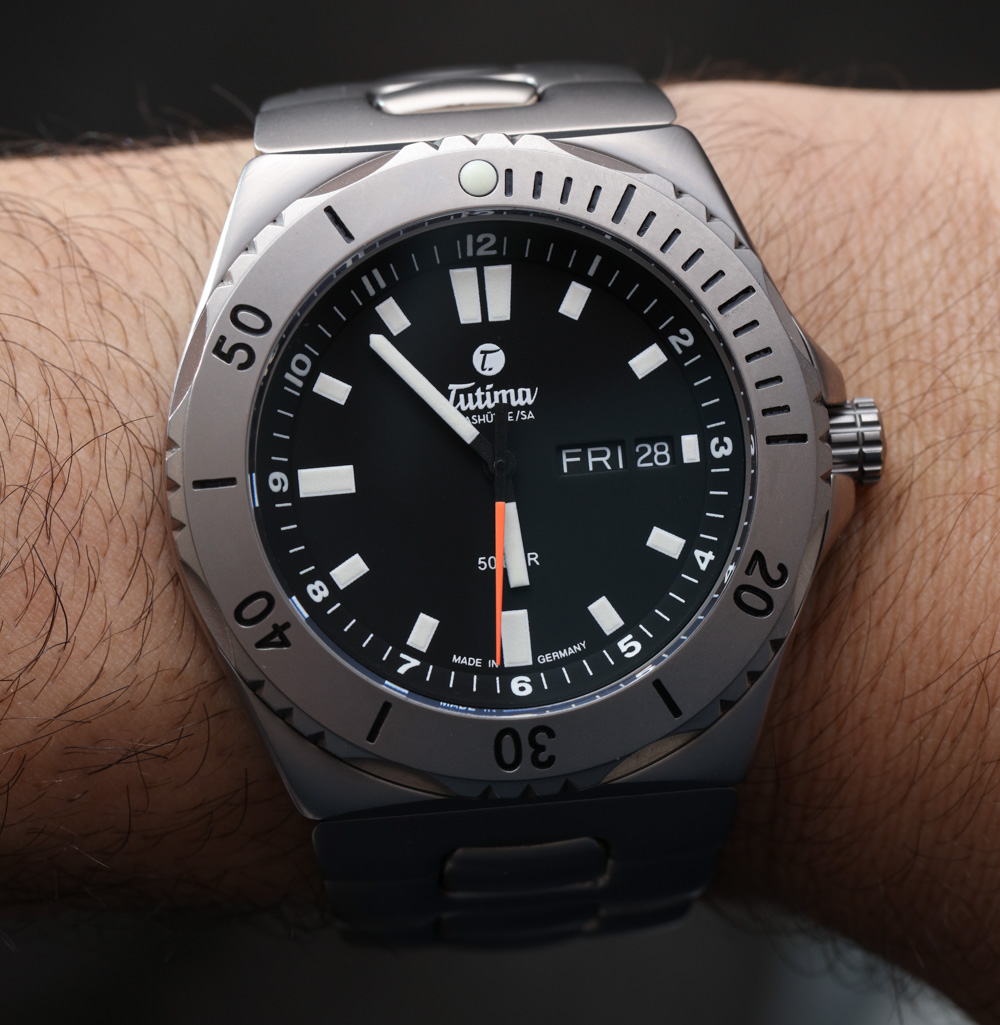 If you recall Tutima’s cult-classic DI 300 with the same fondness as we do, you’ve probably noticed there’s long been a noticeable tool diver-shaped hole in the lineup of the venerable Glashütte manufacture, ever since 2013 when the brand made a strong push up-market, eschewing ETA movements for in-house produced calibers (on many models). Well that gap is about to close, with the newly announced Tutima Glashütte M2 Seven Seas, which finally brings a diver back to Tutima’s catalog and should more than neatly fill that hole. In fact, the Seven Seas was created in direct response to fans and collectors who demanded a more affordable, 3-hand automatic option from the M2 collection, and Tutima has delivered exactly that. 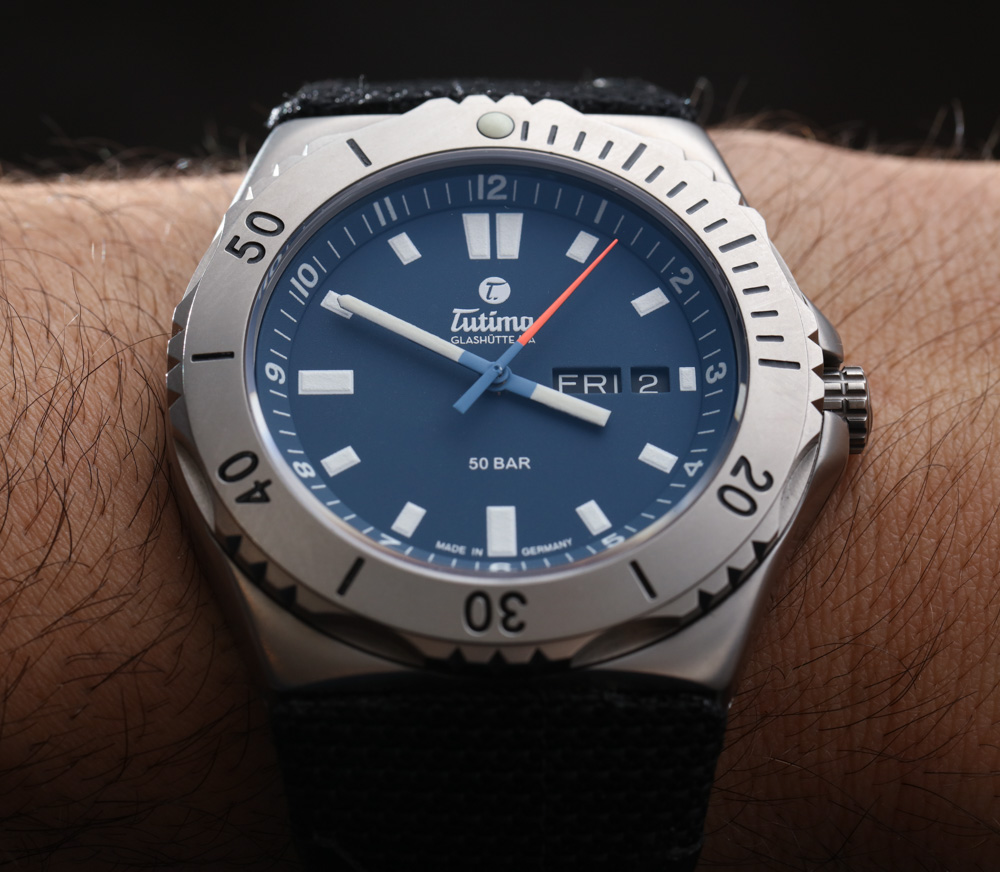 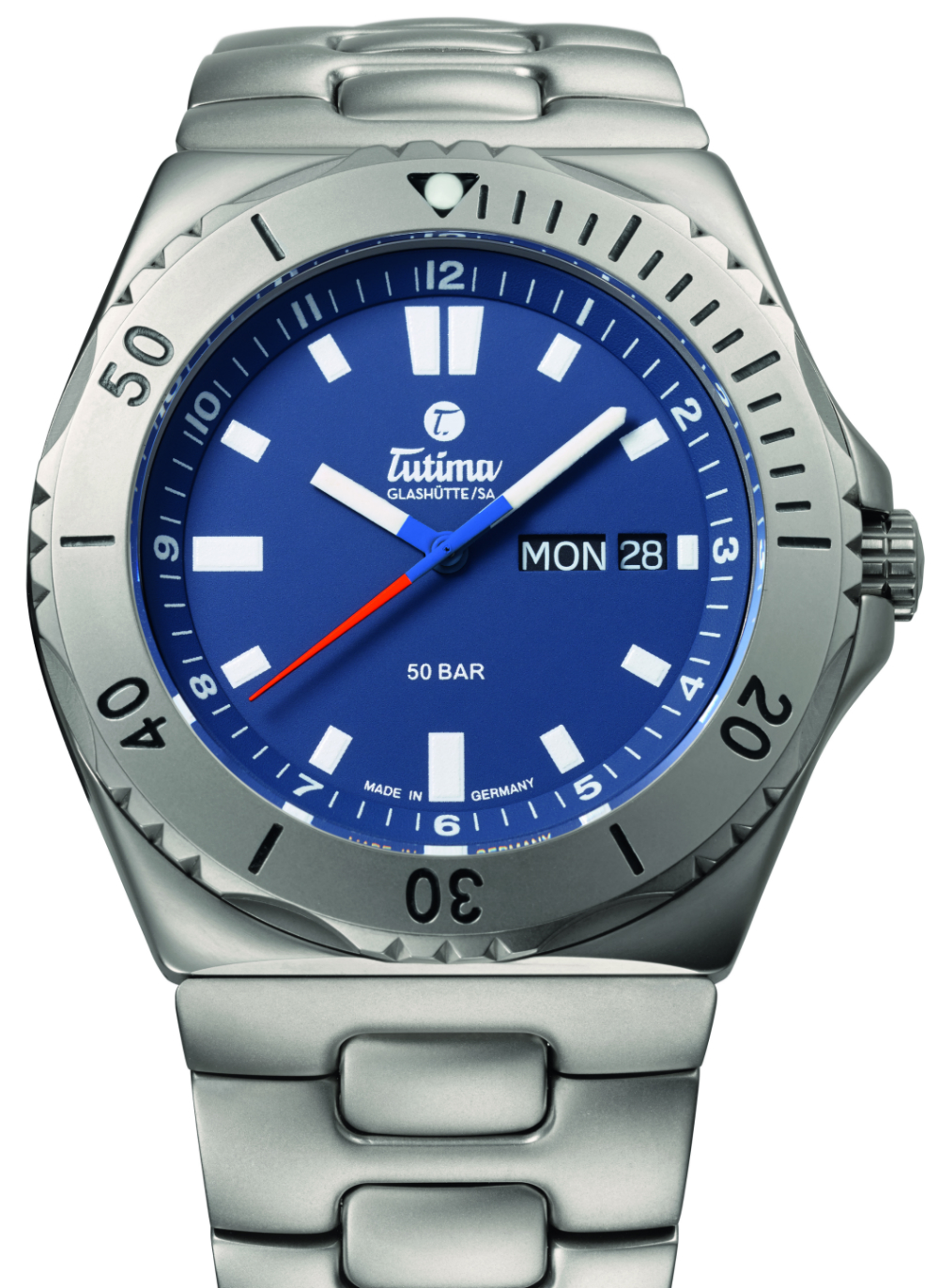 One of the coolest things about the original Tutima DI 300 was its crisp, no-nonsense legibility and ultralight titanium construction. And as a proud German diver, its aesthetic remained sober, but it still carried a few distinctive design cues that made it unique only to itself – like the matte, tonneau-shaped case and deeply sloped 12-hour chapter ring running the circumference of the dial. 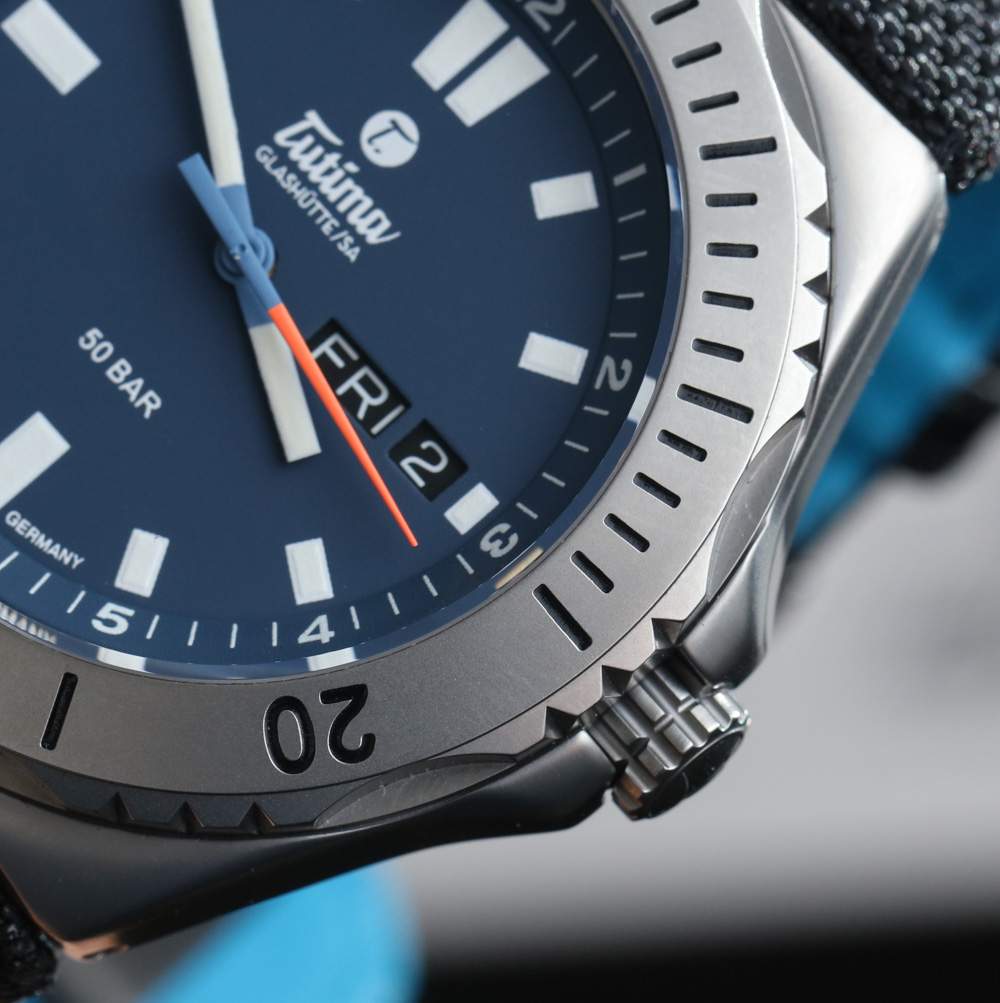 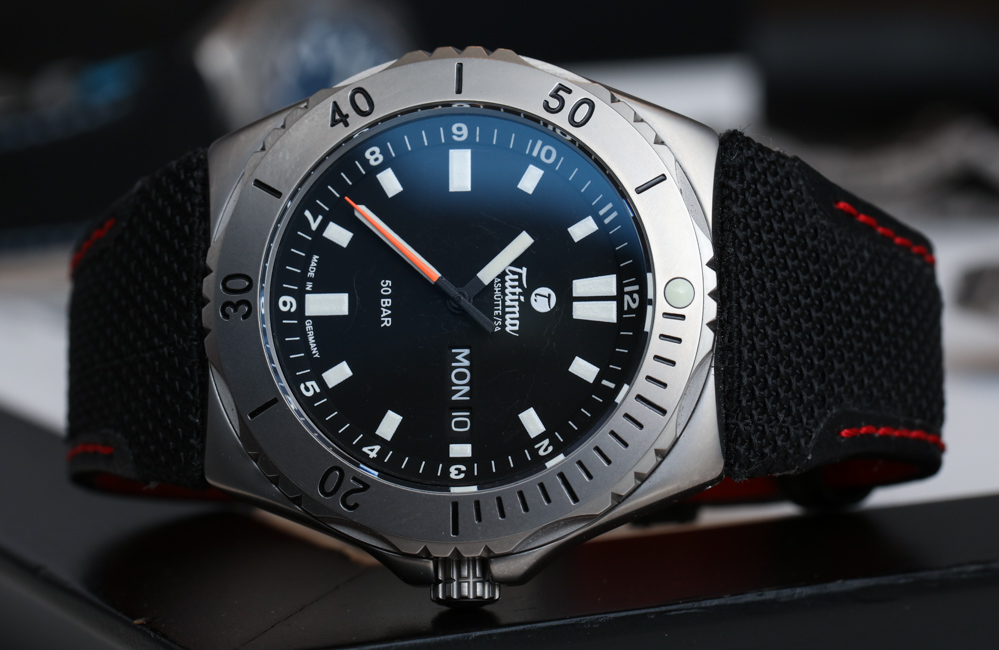 Most of those signatures have been faithfully replicated in the Tutima Glashütte M2 Seven Seas, with the exception of the bezel and the case shape itself, the latter of which loses a bit of the dramatic barrel shaping to fit a little more in-line with the current M2 collection – all of which is a direct descendant of the famed Military Chronograph. 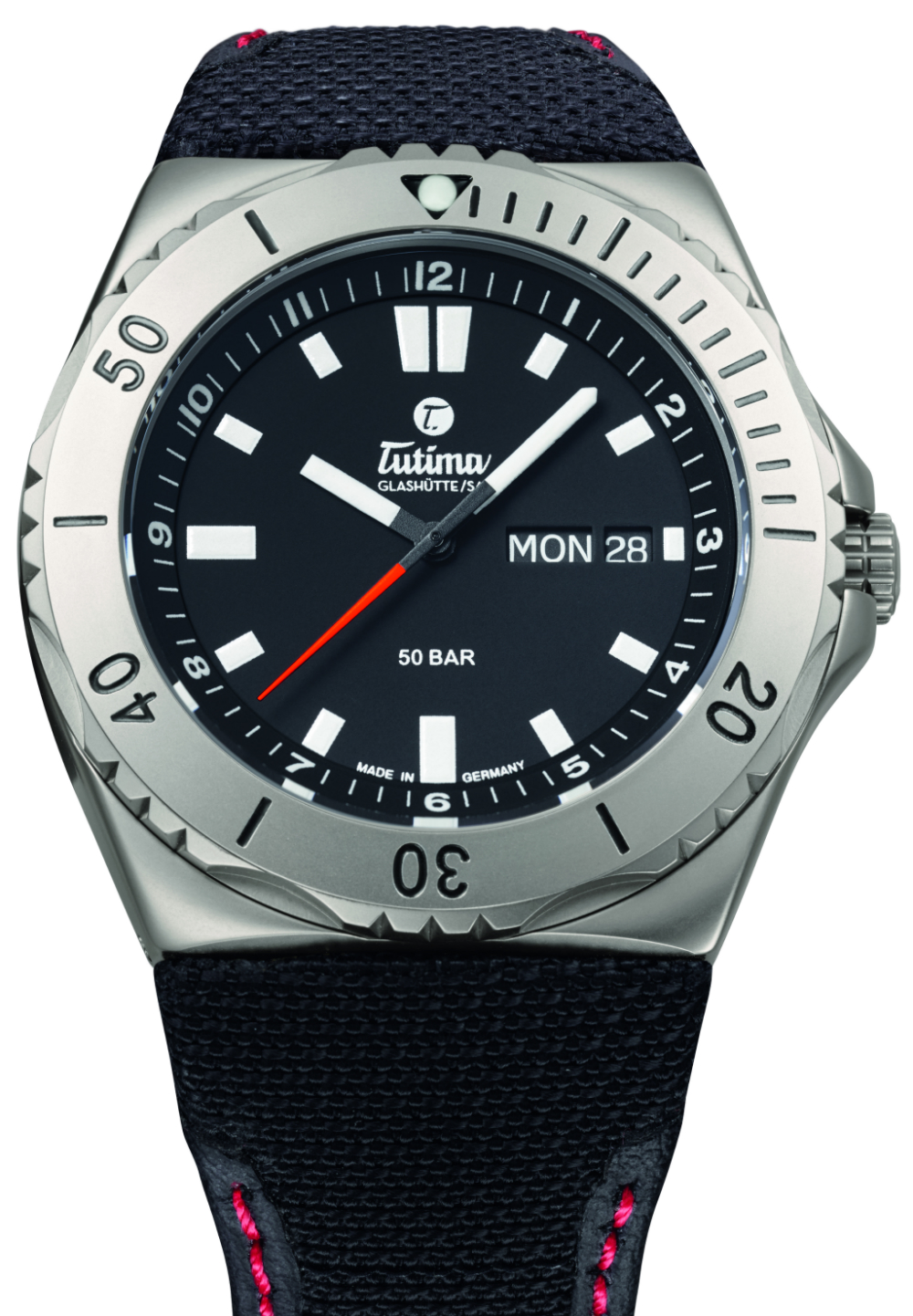 In designing the Tutima Glashütte M2 Seven Seas, Tutima didn’t skimp on any of the immediately visible details that made its predecessor a tool watch icon, but doubled down on a few others, including upgraded seals and a burly 3mm-thick, double AR-coated sapphire crystal that collectively increase the water resistance from 200 to 500 meters. There’s also an entirely new dial option – a matte blue which plays really nicely with the muted highlights of the titanium case. 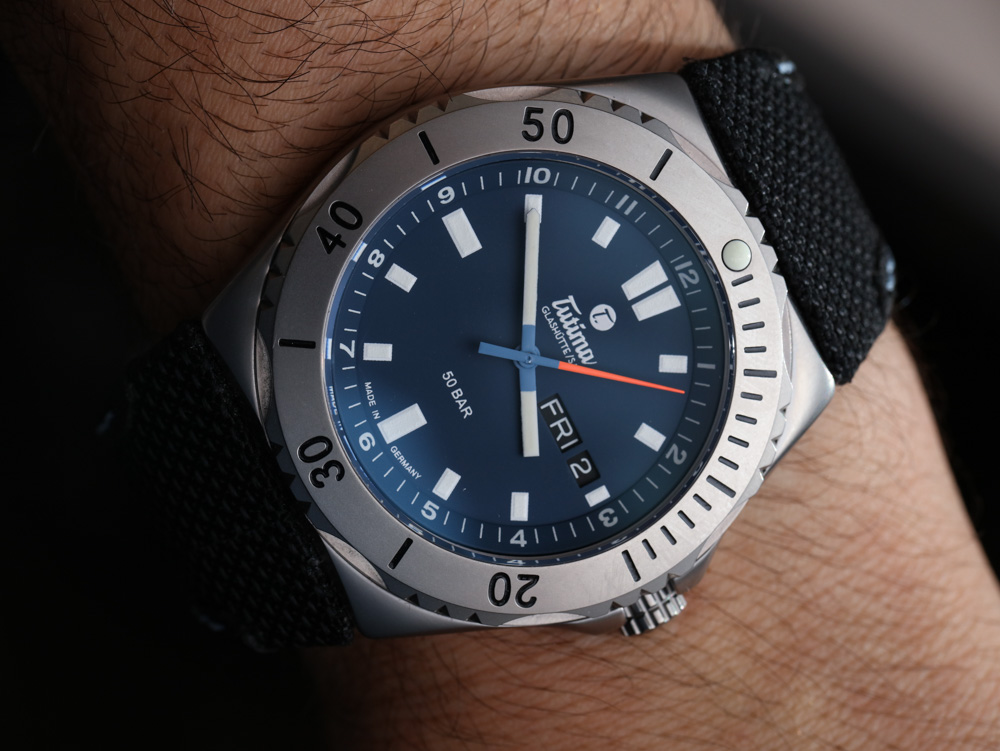 The black day/date wheel on the Tutima titled T 330 movement (which is a base Swiss automatic such as an ETA 2836-2) feels like an odd choice for the blue, considering a white wheel would have matched the luminous indices, but beyond that, there’s still an awful lot to like here. The brand seems to be using the Tutima Glashütte M2 Seven Seas to punctuate a return to the form, function, and affordability that characterized its military-issue offerings – and the price of $1,900 on a Kevlar strap and $2,300 on that classic H-link bracelet seem to affirm that fans of the brand have an awful lot to look forward to. It might not have an in-house made movement like the M2 Chronograph models, but this is a nice German tool watch with some Swiss movement spirit. tutima.com