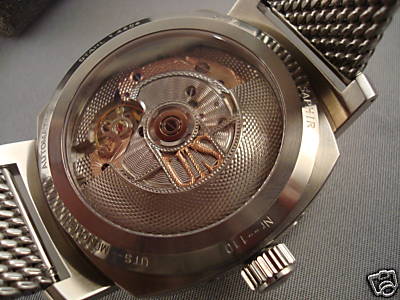 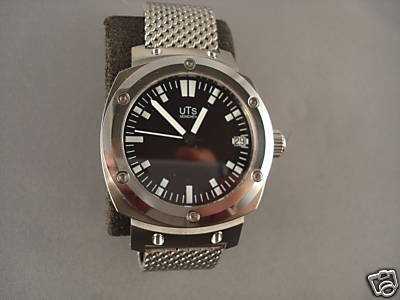 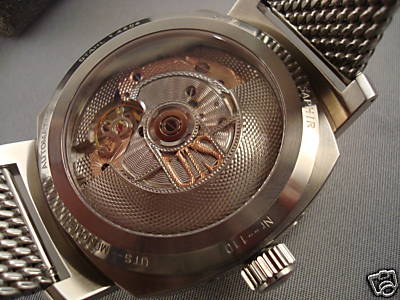 UTS is a one man brand, for the most part. Watch maker Nicolaus Spinner makes about 200 UTS watches a year out of his home office in Munich. He probably makes as many custom watches as he does “production” ones. He focused on extremely high quality watches that are ultra reliably and completely solid. Benzinger on the other hand does not produce many watches themselves, but spends more time decorating watches inside and out with a centuries old technique called Guilloche, or machine engraving. None of the machines that Benzinger use are even made anymore. They have to maintain and build their own machines when necessary. The results are lavishly decorated watches with intricate patterns befitting an age of gilding long past.

When the strict utilitarian UTS and luxury orientated Benzinger team up, the product is something totally unexpected. A combination of German mechanical prowess and unrivaled attention to detail is displayed while viewing the face of this watch, and once again when turning it over and admiring the decorated ETA Valgranges movement through the exhibition case back.

The base watch is the UTS Adventure II, which is one of the newer Models, and is a minimalist functional watch. A sort of German interpretation on the Panerai theory of design. Though the UTS is clearly more precise having a greater amount of minute indicators; and a date of course. This particular watch has been outfitted with a Schauer steel mesh bracelet. Mesh bracelets were popular in the 1950’s for their comfortable fit and ability to wrap around diving suits wells. They lost popularity to an extent because of their difficulty in construction. Currently, Schauer probably makes the best mesh bracelets, which themselves go for about $500.

Looking back at the decorated movement, you can clearly see “UTS” engraved into the rotor. The Valgranges movement is a larger update to the Valjoux 7750. While it can have a chronograph feature, this module can be removed. The entire movement, not just the rotor have been decorated here. You’d really have to look closely to appreciate the level of dedication that Benzinger places in such efforts.

This watch is available on eBay right now at about $4,500. Its not a particularly cheap price, nor it is a particularly cheap watch. UTS watches receive a good deal of press and popularity, despite their limited numbers. Here is a chance to get one that may only exist in a few examples around the world.

As noted before, the watch features an exhibition case back, but a solid metal case back is provided if the owner intends on using the watch for serious diving. All UTS watches are admirable divers. This one is rated for depths of 500 meters, but most likely could withstand twice that depth. But it is not as though the human body can. Also included are the Pelican carrying case with brown leather strap and other accessories such as strap changing tools.

UTS watches are not for everyone’s taste, in the sense they don’t get everyone immediately excited, but that is not their purpose. Like the stoic feeling of many things German, these are instruments meant to last, perform, and you keep you informed. If they look good during such activity, they aren’t going to smile about it. It is up to the owner to endow such timepieces with their own sense of appreciation through years of trusted wearing.