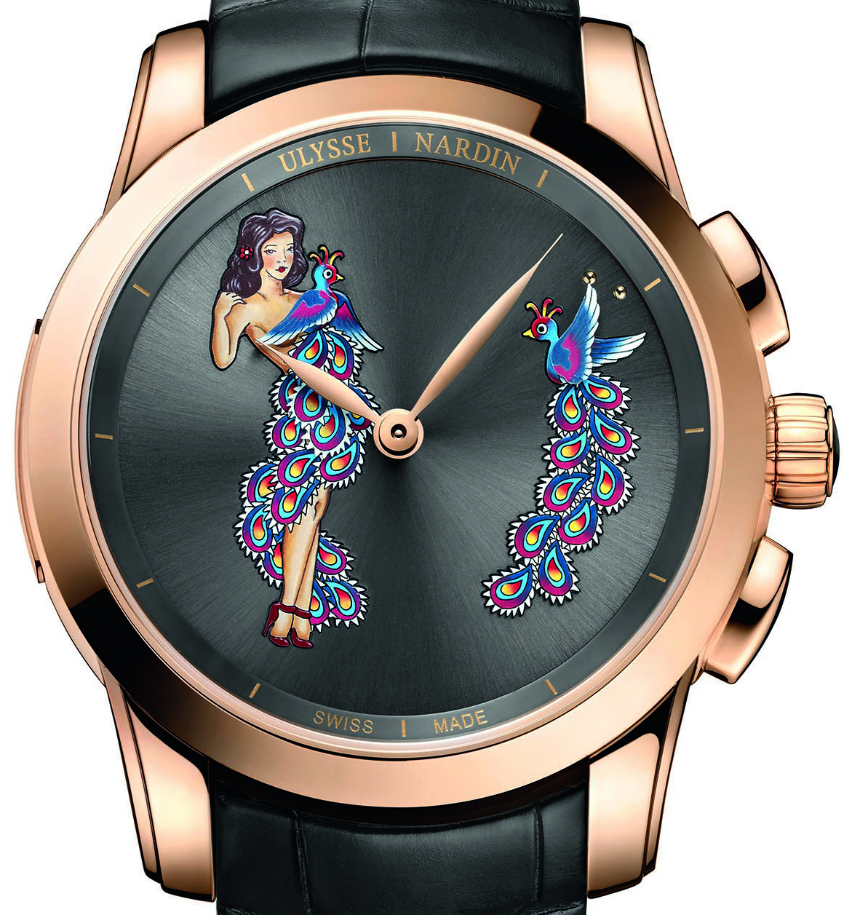 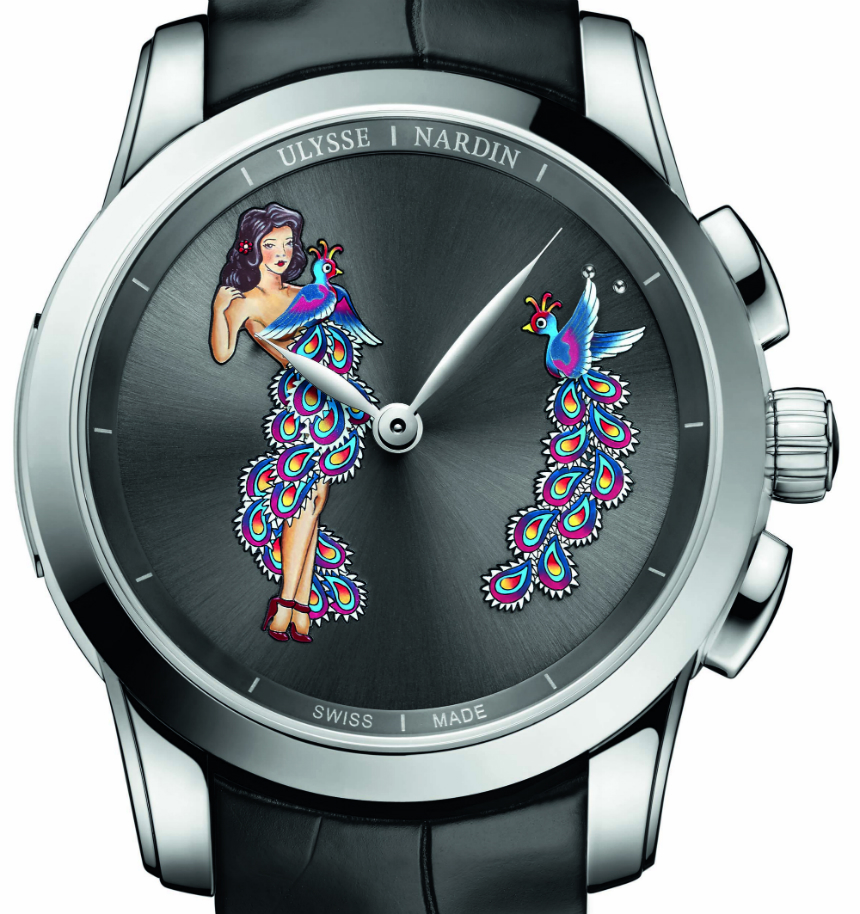 For SIHH 2017, Ulysse Nardin is bolstering its Classic collection with not one, not two, but three new watches. There is the Classico Manufacture with a grand feu enamel dial, the Classico Rooster that honors the upcoming Year of the Rooster, and finally, the Classico Hourstriker that chimes the hours and half-hours. Let us talk you through the three watches here. 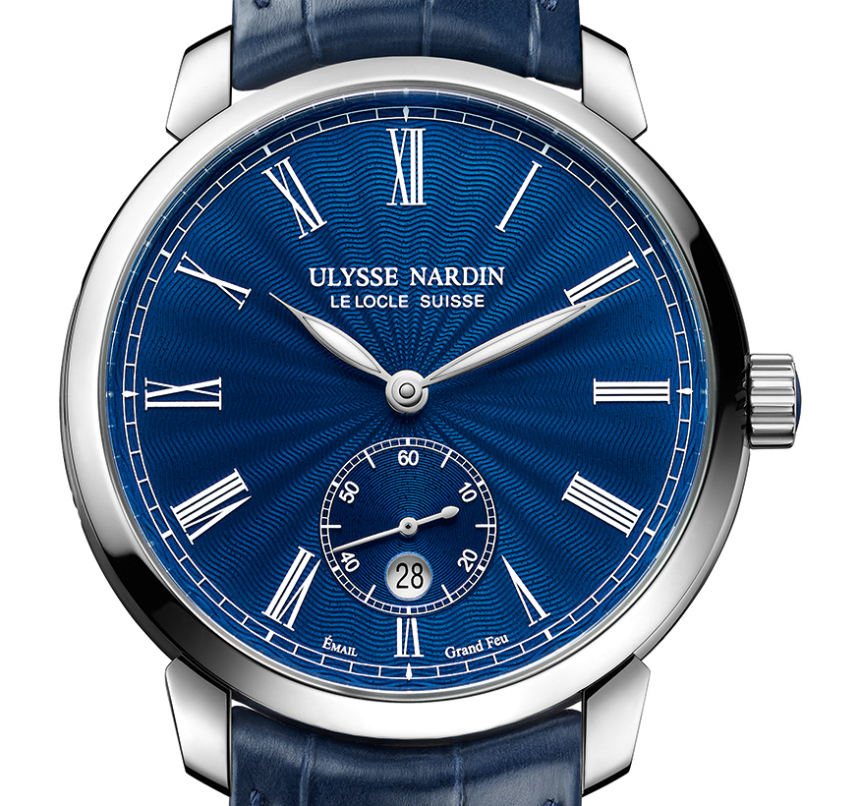 We begin with the new Ulysse Nardin Classico Manufacture Reference 3203-136-2/E3 that will come with a “grand feu” blue enamel dial. Grand feu is French for “great fire” and refers to a specific technique of preparing the enamel dial. It is trickier to execute because it involves adding more oxides onto the dial and then firing it until the desired colors and motifs appear.

Ulysse Nardin describes the Classico Manufacture Reference 3203-136-2/E3 as having a “translucid quality,” but without seeing the actual watch, it is hard to comment. But given Ulysse Nardin’s mastery of the arts and track record, we have high expectations. The other thing about enamel is that its colors do not fade, which means that the Ulysse Nardin Classico Manufacture Reference 3203-136-2/E3 will retain its blue hue for decades to come.

The Ulysse Nardin Classico Manufacture Reference 3203-136-2/E3 is powered by the in-house Caliber UN-320, which is self-winding and has a silicon hairspring and Ulysse Nardin’s special anchor escapement. 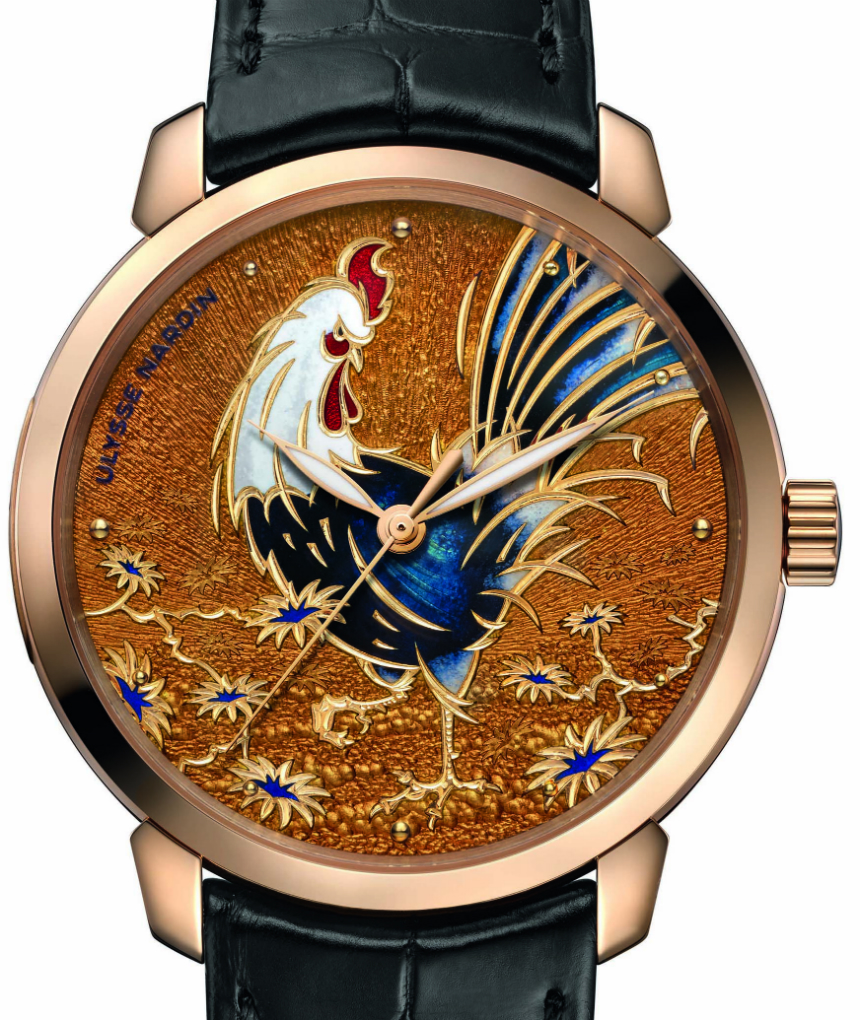 2017 will see the coming of the Year of the Rooster, and to mark this occasion, Ulysse Nardin will be releasing the Classico Rooster watch. It comes in a 40mm 18k rose gold case and features an intricately crafted dial featuring an enamel rooster. The rooster is crafted using the champlevé technique, in which the dial is carved to form pits where enamel can be added. From the press photos we have received, the rooster looks absolutely brilliant, and we can’t wait to see the actual watch at SIHH 2017.

The Ulysse Nardin Classico Rooster is limited to just 88 pieces and is powered by Ulysse Nardin’s self-winding Caliber UN-815, which is also COSC-certified. Water resistance is 50 meters.

In the Hourstriker Pin-Up, we have a dancer in suggestive pumps, flowers in her hair, and covered by little more than a peacock. And when the hourstriker function is activated, the peacock’s wings will sweep to reveal the dancer behind.

The dancer is brought to life using acrylic paint that is applied and mixed directly onto the dial. And according to Ulysse Nardin, each dancer takes around 50 to 90 hours to complete.

The Ulysse Nardin Hourstriker Pin-Up comes in a 43mm 18k rose gold or platinum case, and water resistance is rated at 30 meters. The movement within is the self-winding Caliber UN-610, which provides 42 hours of power reserve and has the hourstriking mechanism that chimes the hours and half-hours. The Ulysse Nardin Hourstriker Pin-Up is limited to 28 pieces.