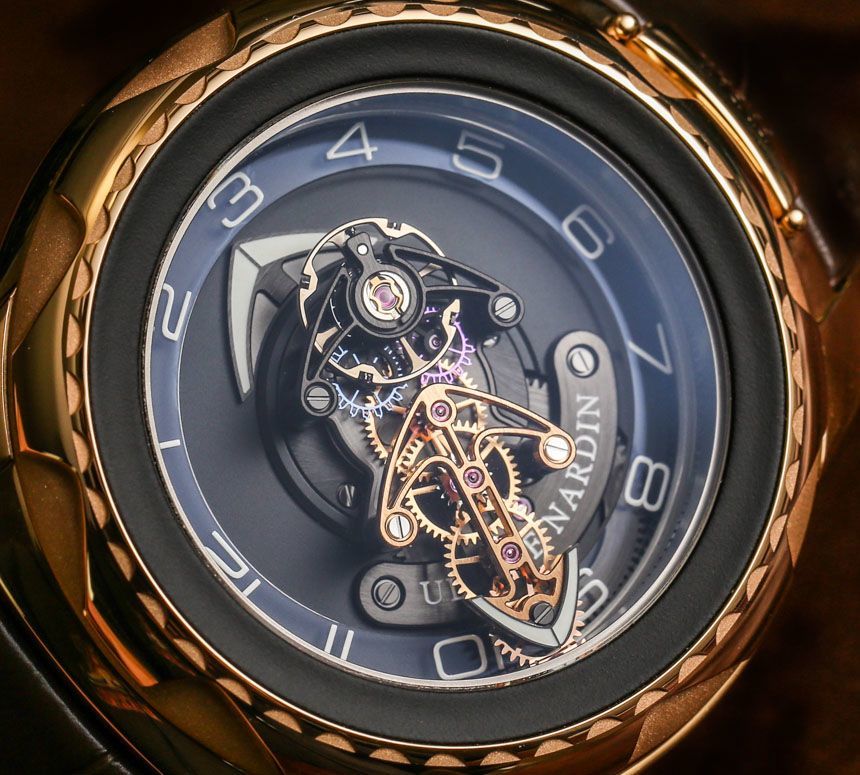 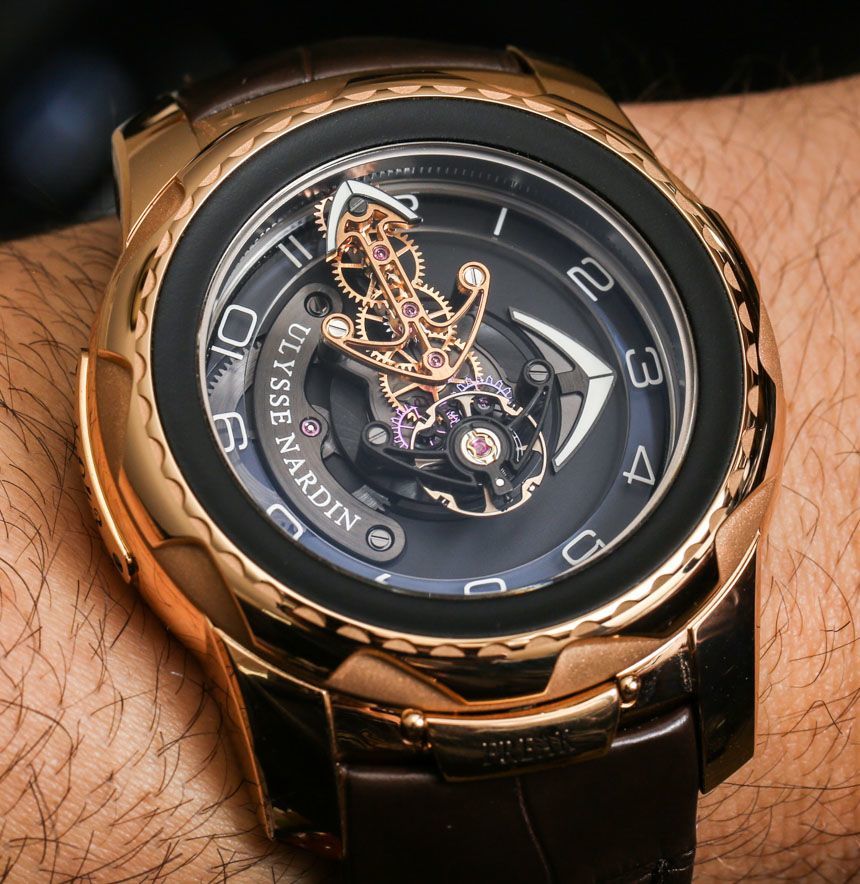 A watch like the Ulysse Nardin Freak Cruiser has the power to polarize watch lovers. It isn’t that people will disagree on its quality or mechanics, but rather, the entire concept is something which people either love or simply can’t stand behind. Whether you can pull off a Freak on the wrist is a question high-end watch lovers all need to ask themselves at some point. It may seem like a small issue, but it goes to the heart of what type of watch lover you are. Let me be clear that I am personally a Ulysse Nardin Freak kinda guy, but I don’t have anything against people who aren’t. It is really just a matter of your taste and personality. 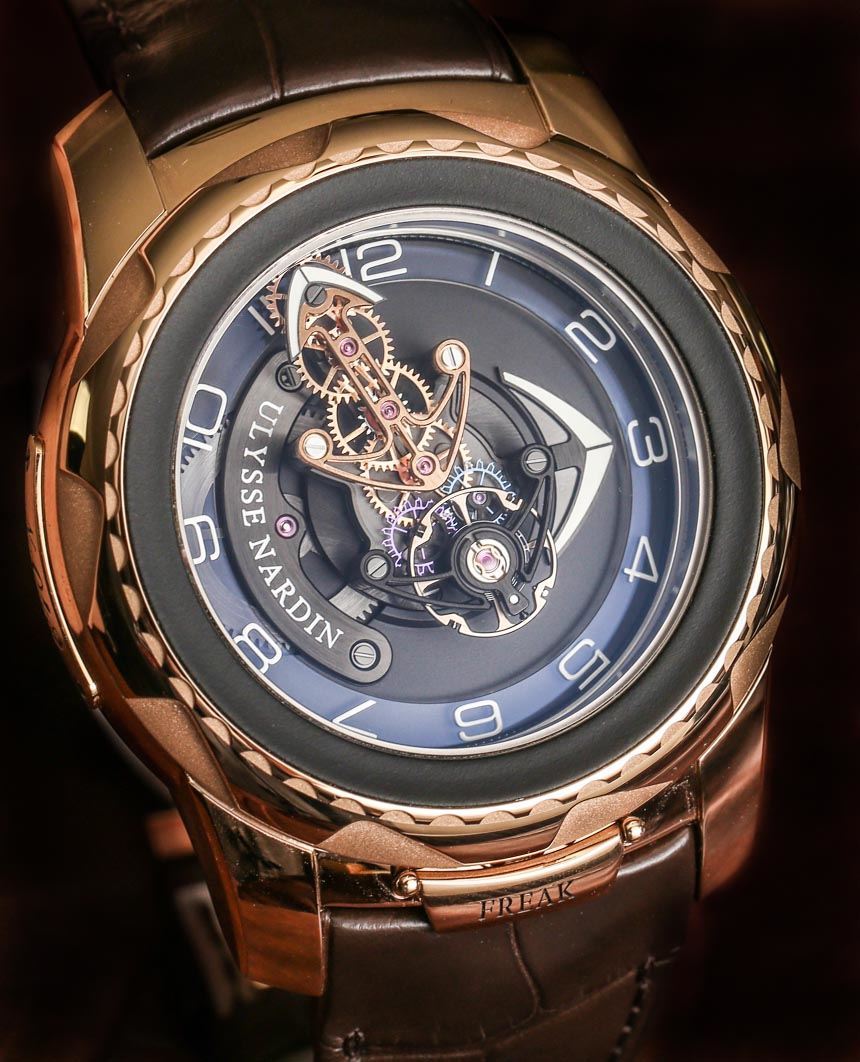 There is nothing at all wrong with wanting a tourbillon to spice up your watches, but I am rarely convinced of their value proposition unless you are frequently doing business with difficult to impress oligarchs. Tourbillons, in many parts of the world, exist to show off wealth and prestige. Lovers of watch movements appreciate their complexity and attractive aesthetics, but they don’t really add much to the overall horological equation when it comes to performance. In many ways tourbillons are like the chrome trim of the watch world – often worth it when you want to look your best, but you aren’t really adding a ton of value for their cost. Coming back to the Ulysse Nardin Freak watch collection, I think you get your money’s worth of Freak in the Cruiser or other models that focus more on the core concept of what the watch is about.

How do you explain to a lay person what is going on in the Freak? The dial is confusing at first, with a bunch of colors and moving parts, and the odd case has no crown. I’d start by pointing out that much of the movement, which is normally under the dial, is presented right on top of the dial. In fact, the entire running train of gears is incorporated into the minute hand. Underneath it is another hand for the hours – and the time is the only thing the watch displays. The next level of explanation should discuss silicon – part of what the Freak watch family has been all about since Ulysse Nardin debuted it in the early 2000s. 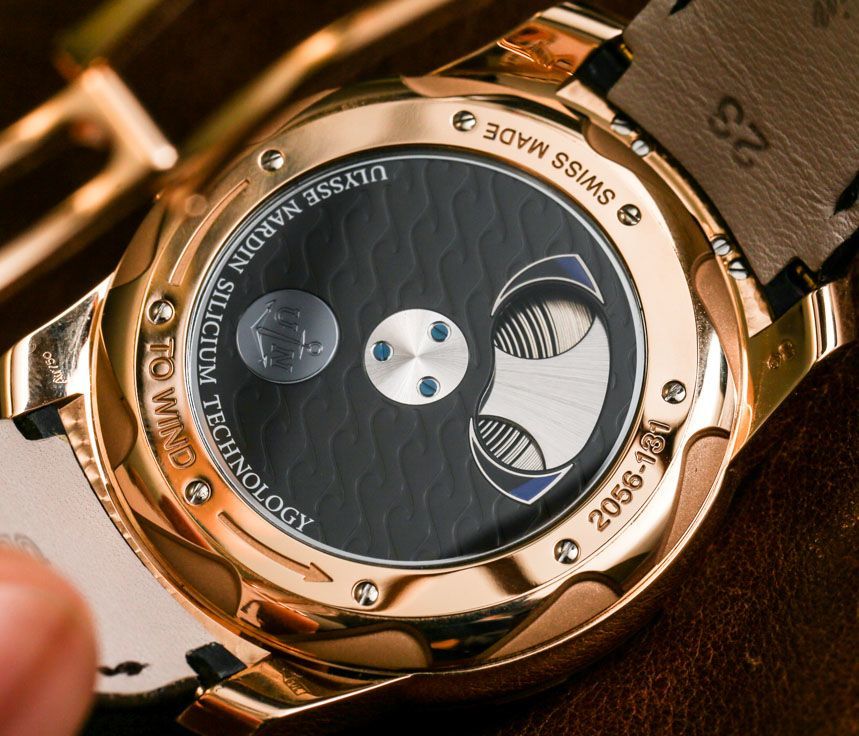 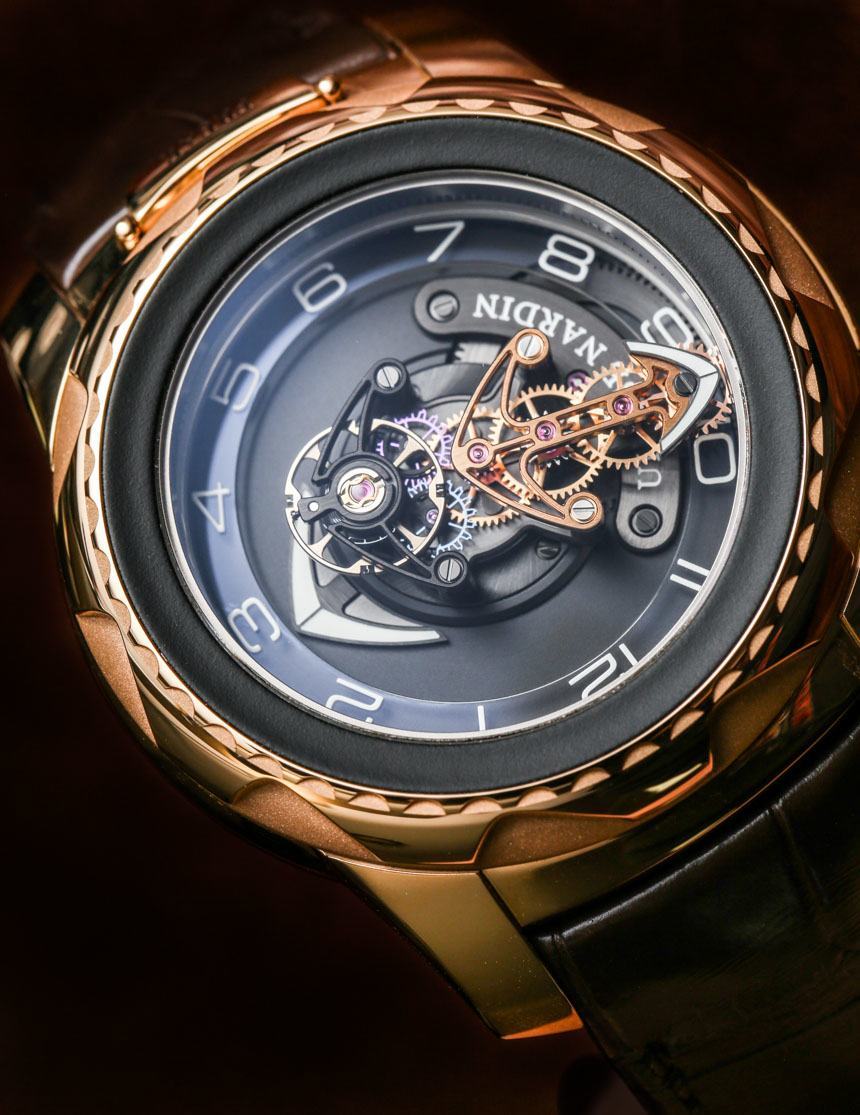 The Ulysse Nardin Freak is the first watch that I am aware of that used silicon versus metal parts for elements of the movement. The reason the movement was designed to be on the dial itself was to make this point clear – especially because silicon does not look like metal, with its alternating blue and purple colors. You can see more close-up pictures of the Ulysse Nardin Freak Cruiser watch here when we first debuted it last year. In the watch, silicon is used for both the balance spring as well as the double escapements. Yes, the movement uses not one, but two escapements, which should lead to better accuracy over time.

This is all part of the in-house made and designed Ulysse Nardin caliber UN-205. For me, this is the most desirable Freak movement to date, as it successfully combines a slick design with the features you should expect in a Ulysse Nardin Freak watch at a good price. The movement features one large mainspring barrel which offers a full 7 days of power reserve. Flip the watch over, and on its rear you’ll see small cutaways offering a view of the mainspring. While not as precise as a dedicated power reserve indicator, you can more or less know if you need to wind the watch by seeing how tightly wound the spring is. 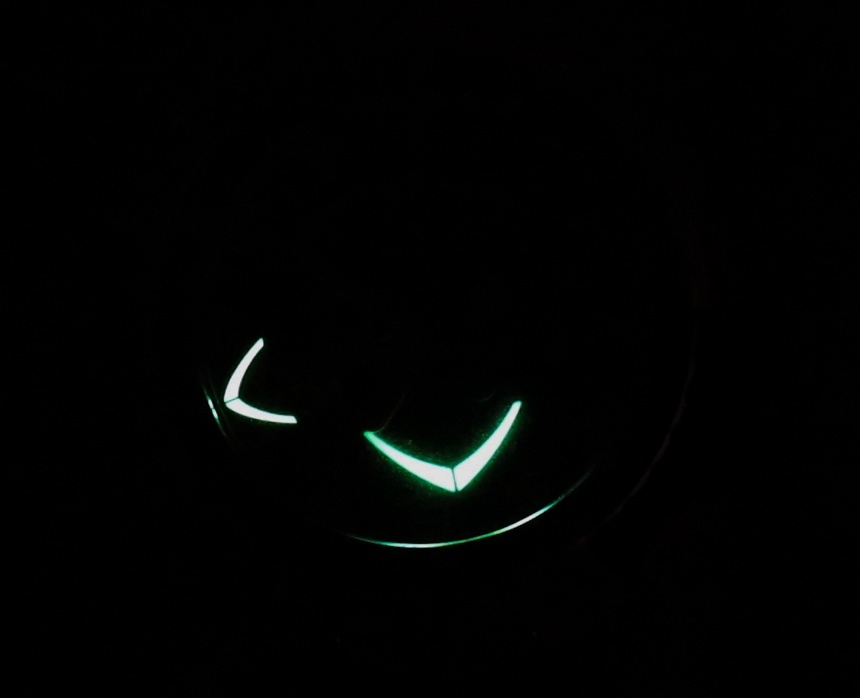 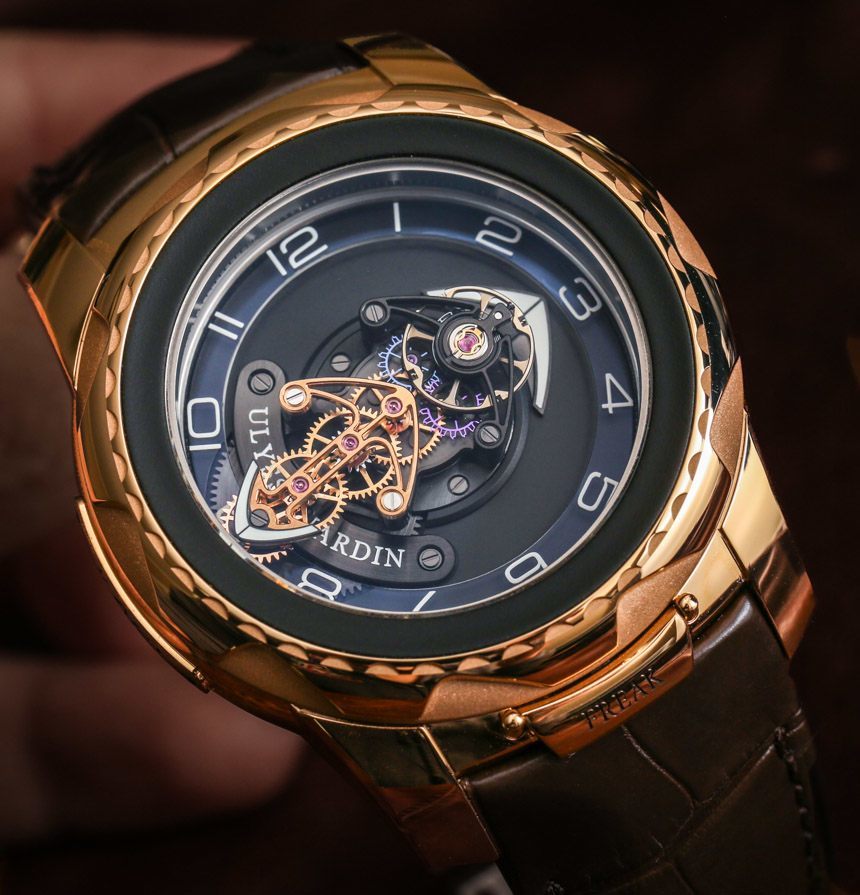 Setting the Ulysse Nardin Freak, as well as winding it, is a unique ritual. This is because the watch has no crown. Setting it is much easier than winding it. If you look at the case, right over the lower strap between the lugs is a small latch. When pulled up the bezel unlocks, and when turned in either direction then allows you to set the time. This is a great system, and makes setting the time both simple and precise. In some ways, it is better than a crown. The same concept is used to wind the watch, but you use the rear caseback bezel. Here, the system fails a bit, even though it is doable.

In my experience, the rear bezel was extremely stiff, but moved a bit once you got it going. This is an issue because you not only need to move the slippery surface with your fingers, but you need to do it for a really long time to fully wind the watch. Doing it with your hand sort of sucks, but it is necessary as the movement is manually wound. I did find a workaround that worked well for me. I believe that in the video part of the review I mention this. Basically, you need to find a small rubber ball (like the ones they sell to open screw-down casebacks). This grips the rear of the case perfectly, and makes winding the movement simple, because turning the caseback becomes worlds easier. So on the plus side, this only needs to be done weekly, but on the downside, it isn’t very fun unless you have such a tool. Ulysse Nardin should really provide a ball or similar tool when selling the Freak watches. 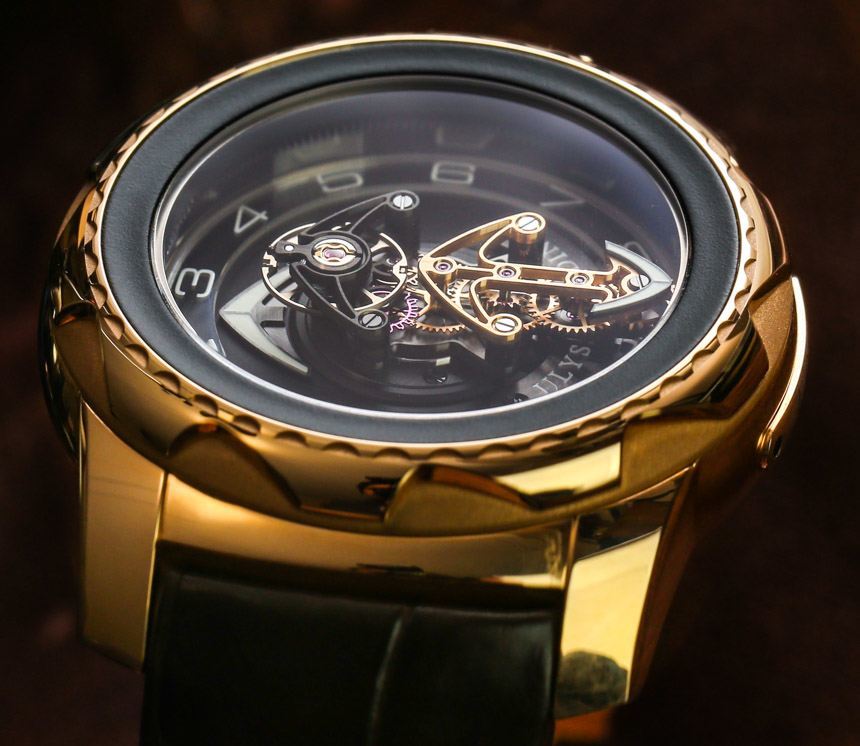 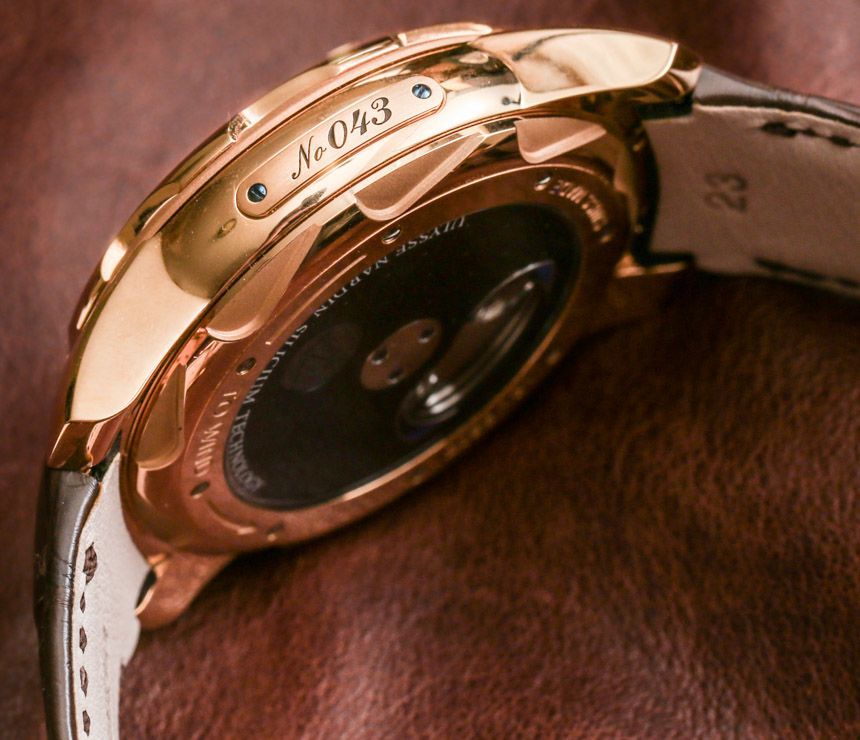 What at first appears to be a weird dial becomes remarkably legible, once you get used to it. The hour and minute hands aren’t difficult to spot, and they are even coated with luminant for darkness reading of the dial. I can easily understand how someone new to the Ulysse Nardin Freak would be intimidated by the dial, but living with it for a few days really makes you understand how the name of the watch only describes a sort of surface-level impression of the overall design and concept. Let’s be clear that the Freak family is weird, but a lot of what it does makes sense and is logical. There is nothing here that is so strange or illogical that it would keep movement lovers away. In fact, the entire concept of the watch being different, yet very functional, is why I so very like it. 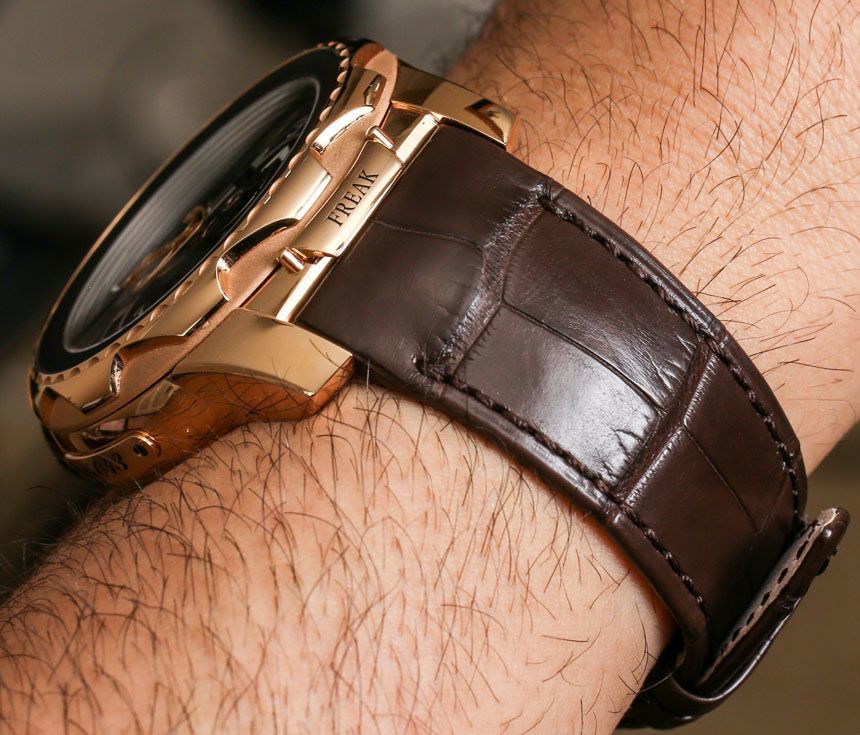