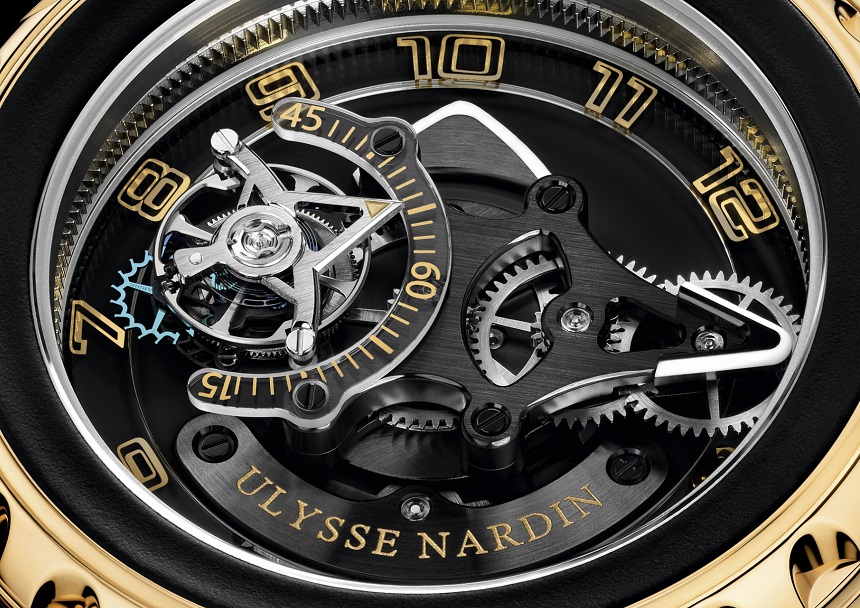 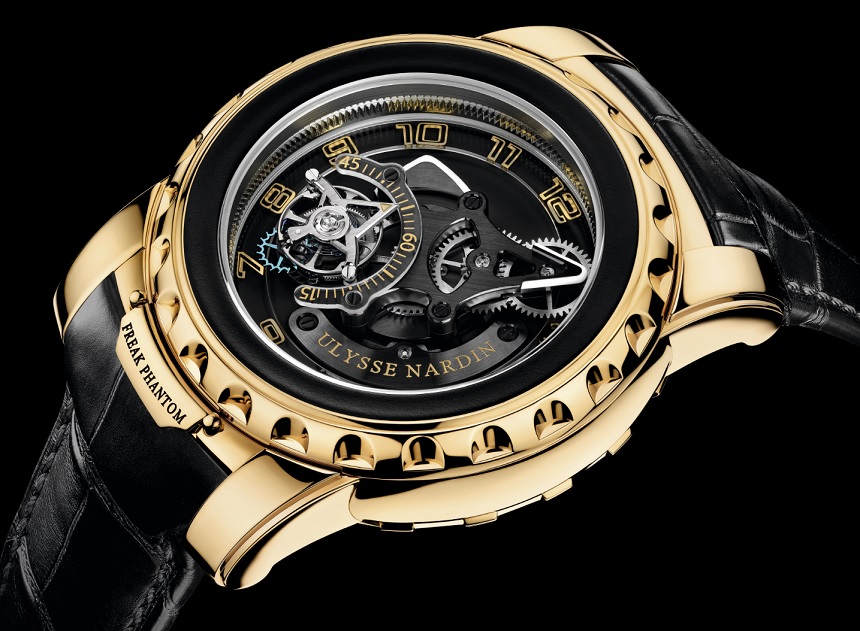 This year Ulysse Nardin changes the name of its Freak Diavolo watch to the “Freak Phantom.” I can’t say why that is, but I suspect it has to do with conservative types who take issue with the fact that a watch is called “devil.” That is the watch industry for you… What else has changed? Well the Diavolo was previously offered only in 18k white gold, and now we have it in 18k rose gold. Still probably one of the coolest tourbillon watches available when you want something that’s not standard fare.

The Ulysse Nardin Freak is an extremely important watch in the modern luxury watch landscape. Ulysse Nardin defied much of the industry when it was released in the early 2000s with a movement that used many silicon parts – it was the first. Since then even the most conservative brands such as Breguet and Patek Philippe have decided that silicon (silicium) parts are indeed an upgrade in many instances when it comes to increasing the performance and longevity of a mechanical watch. Today Ulysse Nardin makes both a tourbillon and standard version of the Freak, and it continues to be such cool timepieces. 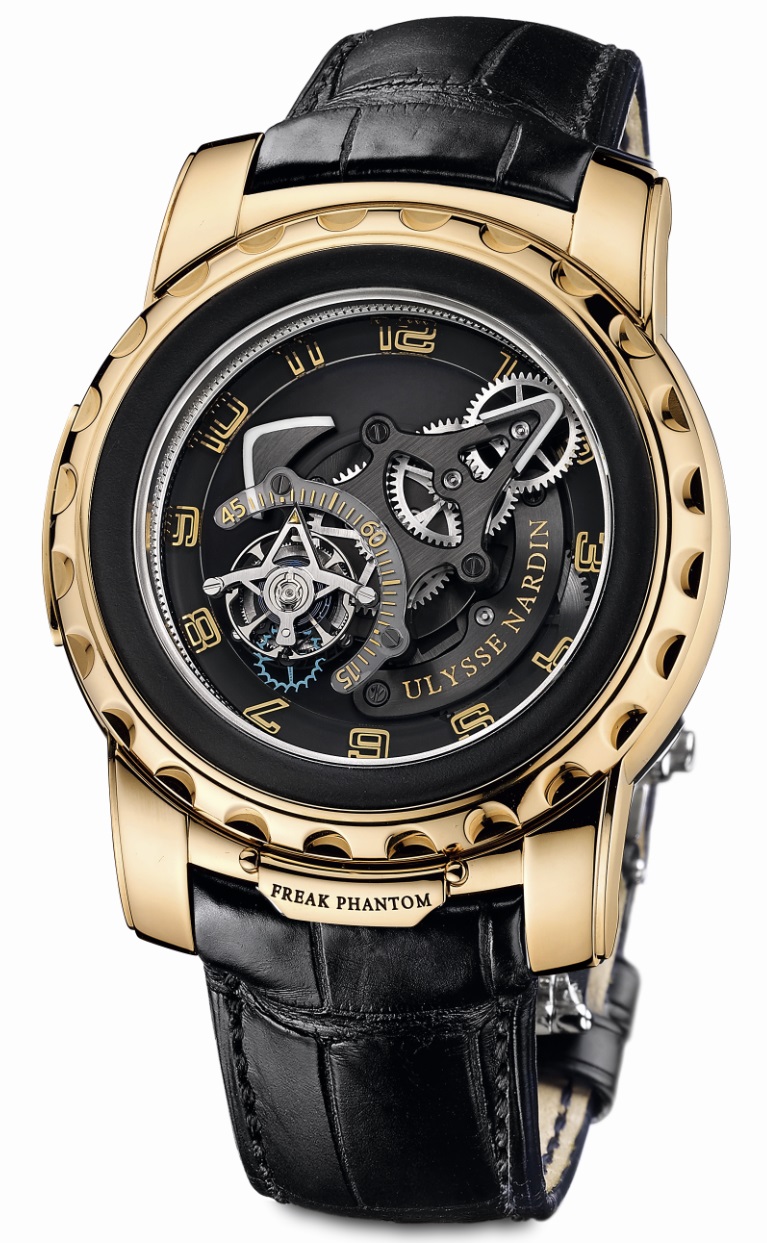 In the past we offered a full aBlogtoWatch review of the Ulysse Nardin Freak Diavolo here. It was a very positive experience because the Freak deliciously retains the utility and interest of a luxury watch while at the same time being something totally different. How? Well the watch has no crown, uses much of the movement as the minute hand, and somehow seems to be weird yet wonderful at the same time. There is a little tab under 6 o’clock that you lift up while turning the bezel to adjust the time. To wind the Freak you turn the case back. There is even an open window for the large mainspring barrel which allows you to see how tightly wound it is. Fully wound, the Freak has eight days of power reserve.

What the Freak Diavolo, now Phantom adds to the mix is a tourbillon. Where the escapement is normally placed on the Freak, the Freak Phantom has a tourbillon. This is at the non-indicating end of the minute hand. To technically describe it, it is a sort of tourbillon placed in a secondary orbiting carousel-style tourbillon as the entire system moves… as it is part of the minute hand. The Phantom’s tourbillon is flying, and uses a sapphire crystal indicator plate for the seconds, which is attractively done.

In the same vein as something like the Corum Golden Bridge, the Freak Phantom gives you an expansive view of the movement. Of course silicon parts (such as the escapement) add to the mix offering lovely shades of blue and purple depending on the light. Once you get used to the Freak dial, it is surprisingly easy to read, though the hour hand can get a bit hidden at times.

The Ulysse Nardin Calibre UN-208 is entirely made in-house and further benefits from operating at a modern 4Hz. We like it a lot, and even if you don’t like the look of the Freak it is a mechanism worth respecting. The Freak Phantom watch itself comes in a 45mm wide 18k rose gold case with a strip of vulcanized rubber on the bezel. Note that unlike some of the original Freak models you can finally allow these to be exposed to a bit of water as they are water resistant to 30 meters. Still a beautiful model, the combination of a touribllon and the unique look of the Freak makes it a must-have item for many watch lovers. Ulysse Nardin will produce just 99 piece of the limited edition Freak Phantom ref. 2086-115 watch at a price of $137,000. ulysse-nardin.com 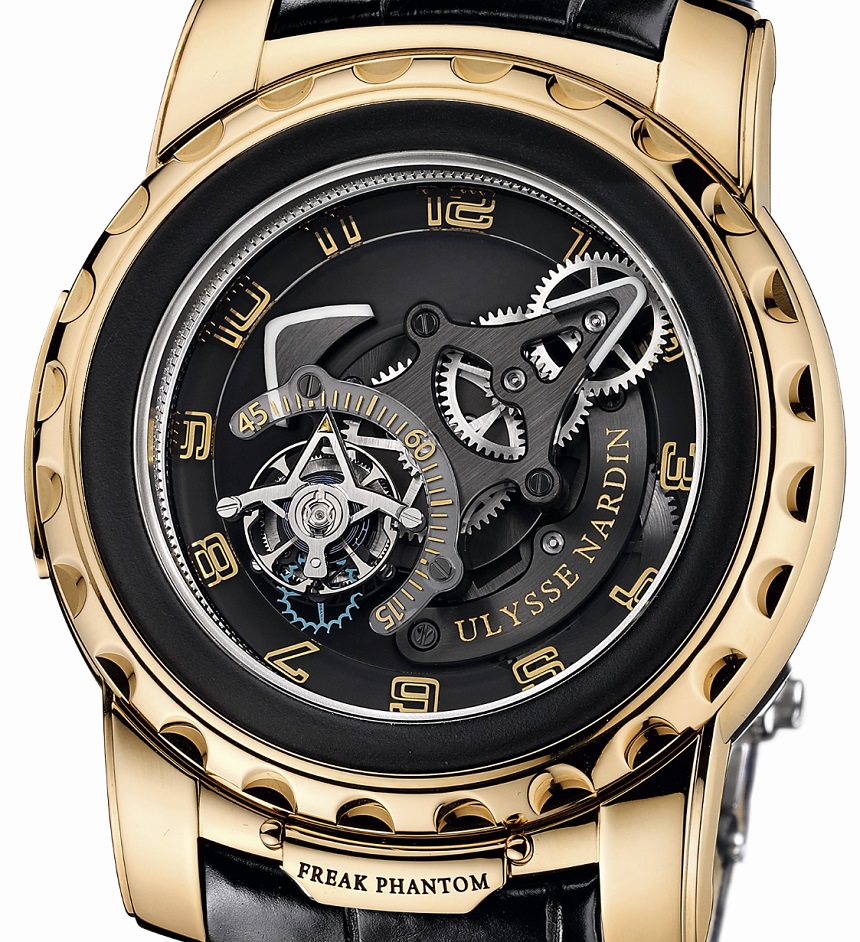