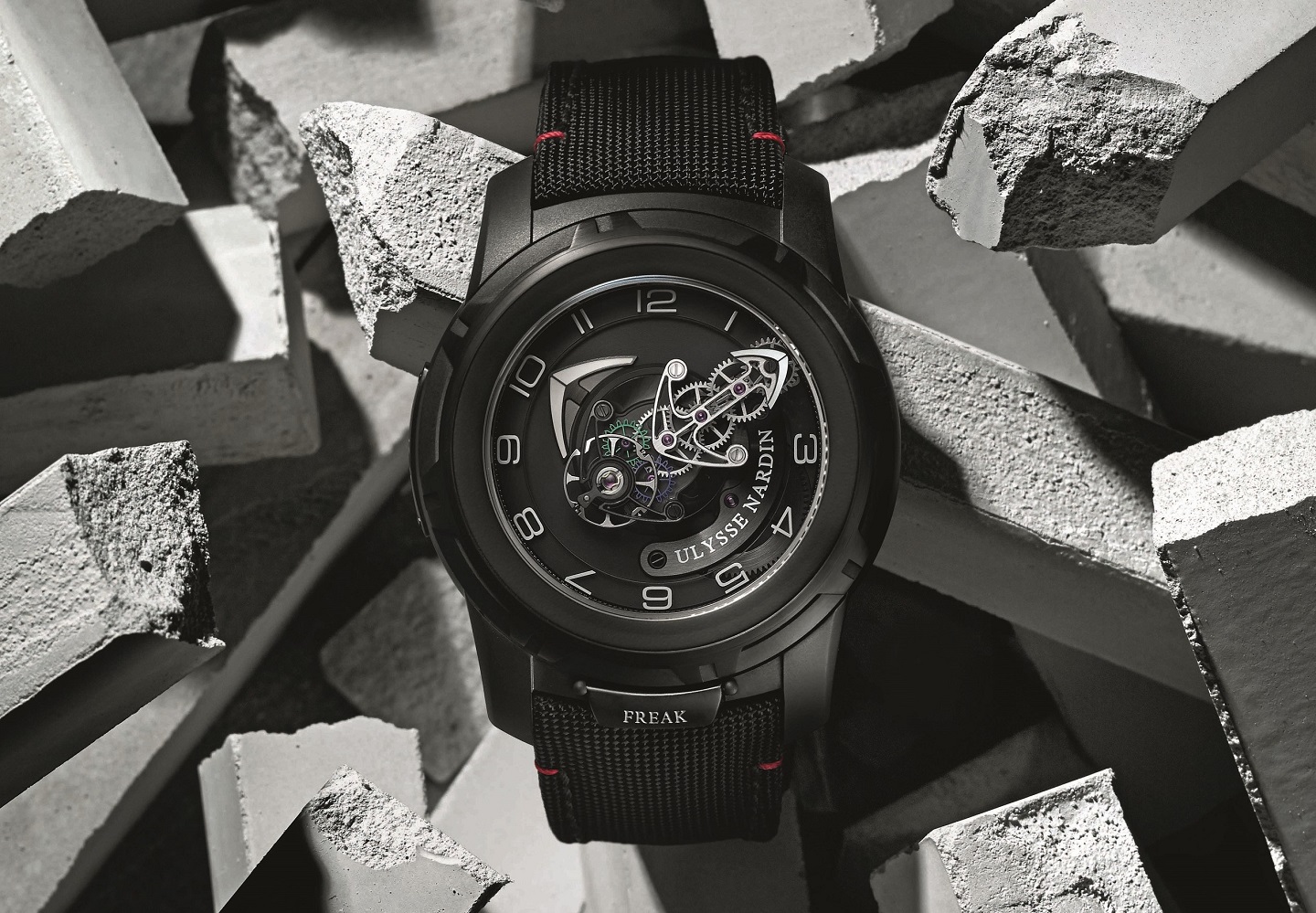 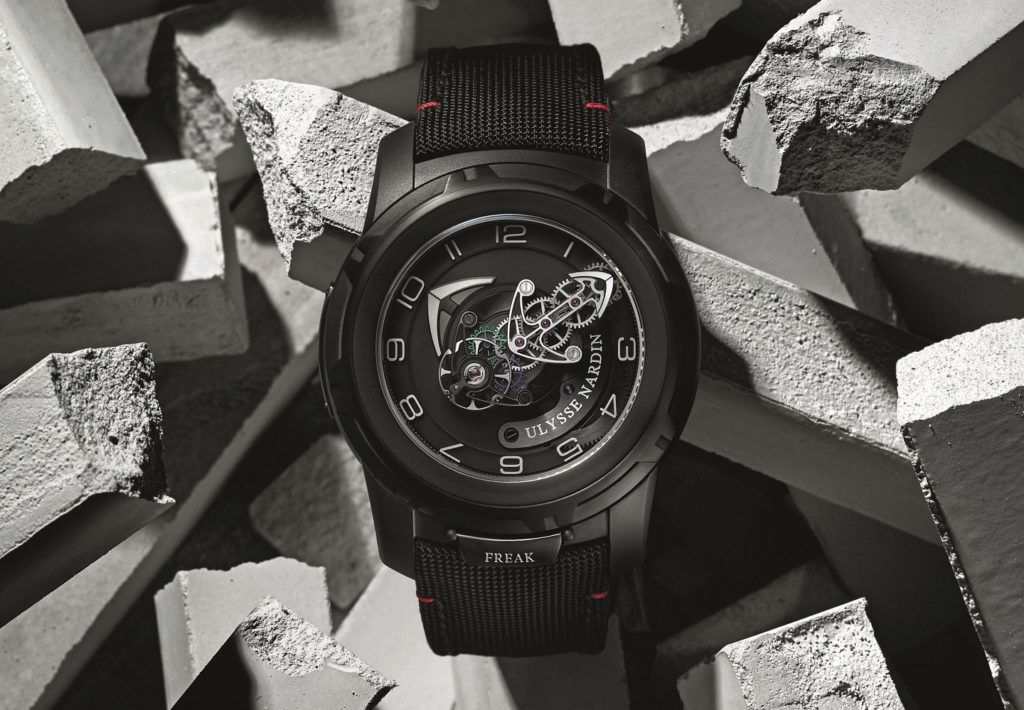 The term “horological icon” gets thrown around a lot, but Ulysse Nardin’s Freak makes a very strong case for being one. Introduced in 2001, it was a watch that was unlike any other. It had an unusual tourbillon and the entire movement was, basically, the watch’s minute hand. These features have come to define the Freak, and even today, Ulysse Nardin’s Freak watches still look refreshing and radical. Now, fans of the Freak will have more options as Ulysse Nardin has expanded the Freak collection with four new watches called the Ulysse Nardin Freak Out. 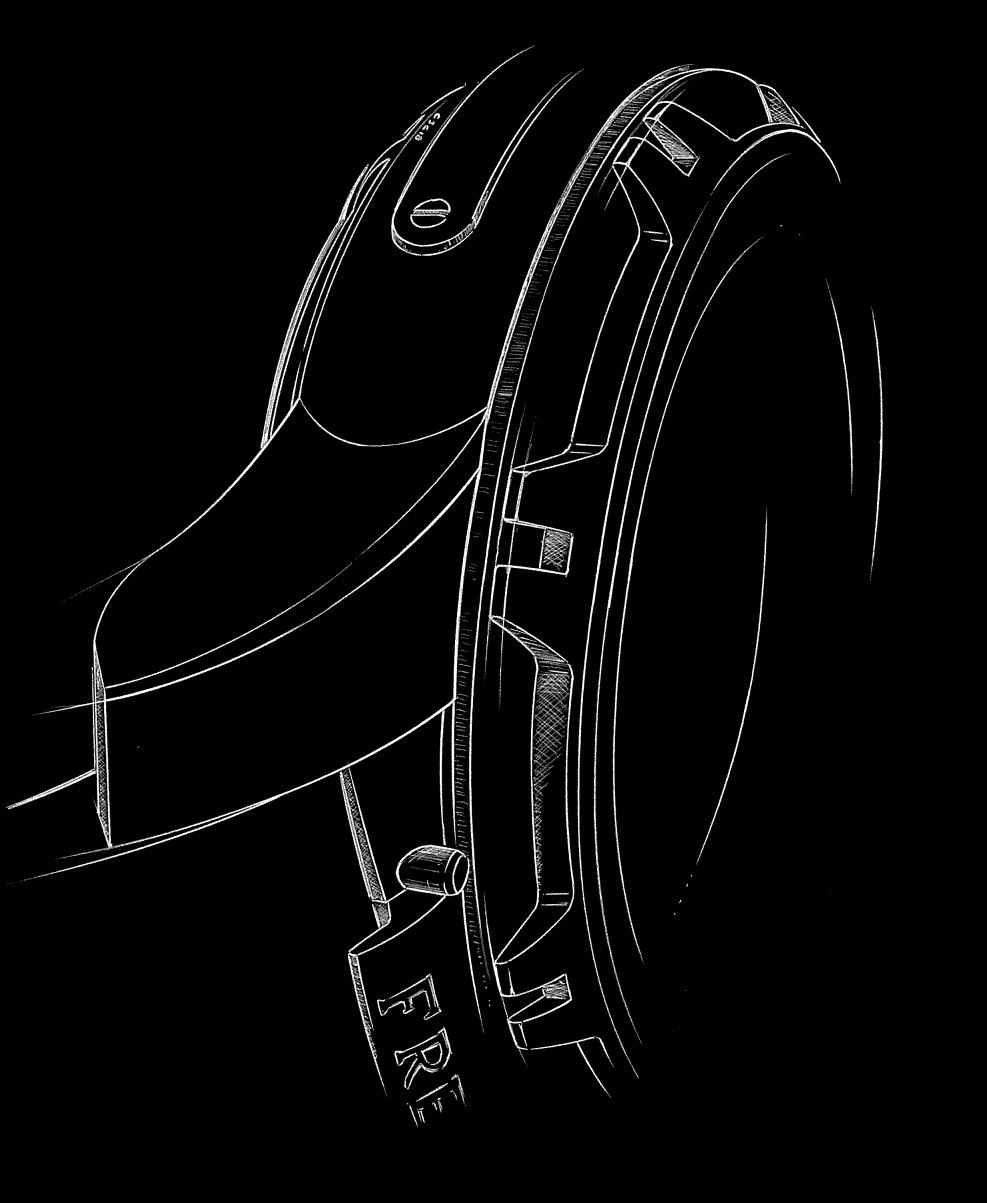 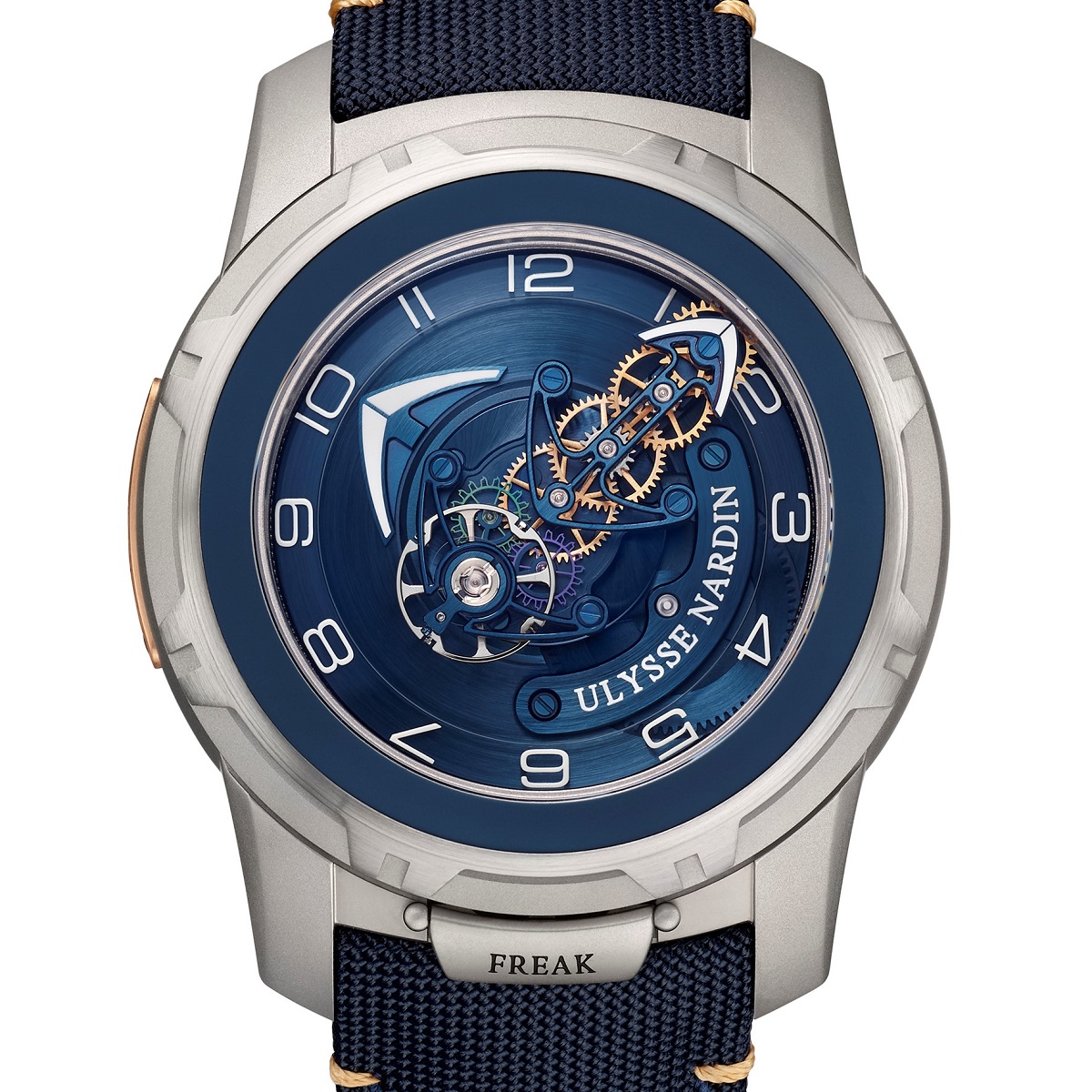 Look closely at the case and you will find that there’s no crown. So how does one adjust the watch and wind the movement? In between the lugs at 6 o’clock is a small lock that releases the bezel. This adjusts the time. To wind the hand-wound movement within, simply twist the entire caseback. Because the bezel and caseback are used to adjust the time and wind the watch, water resistance is just 30m. 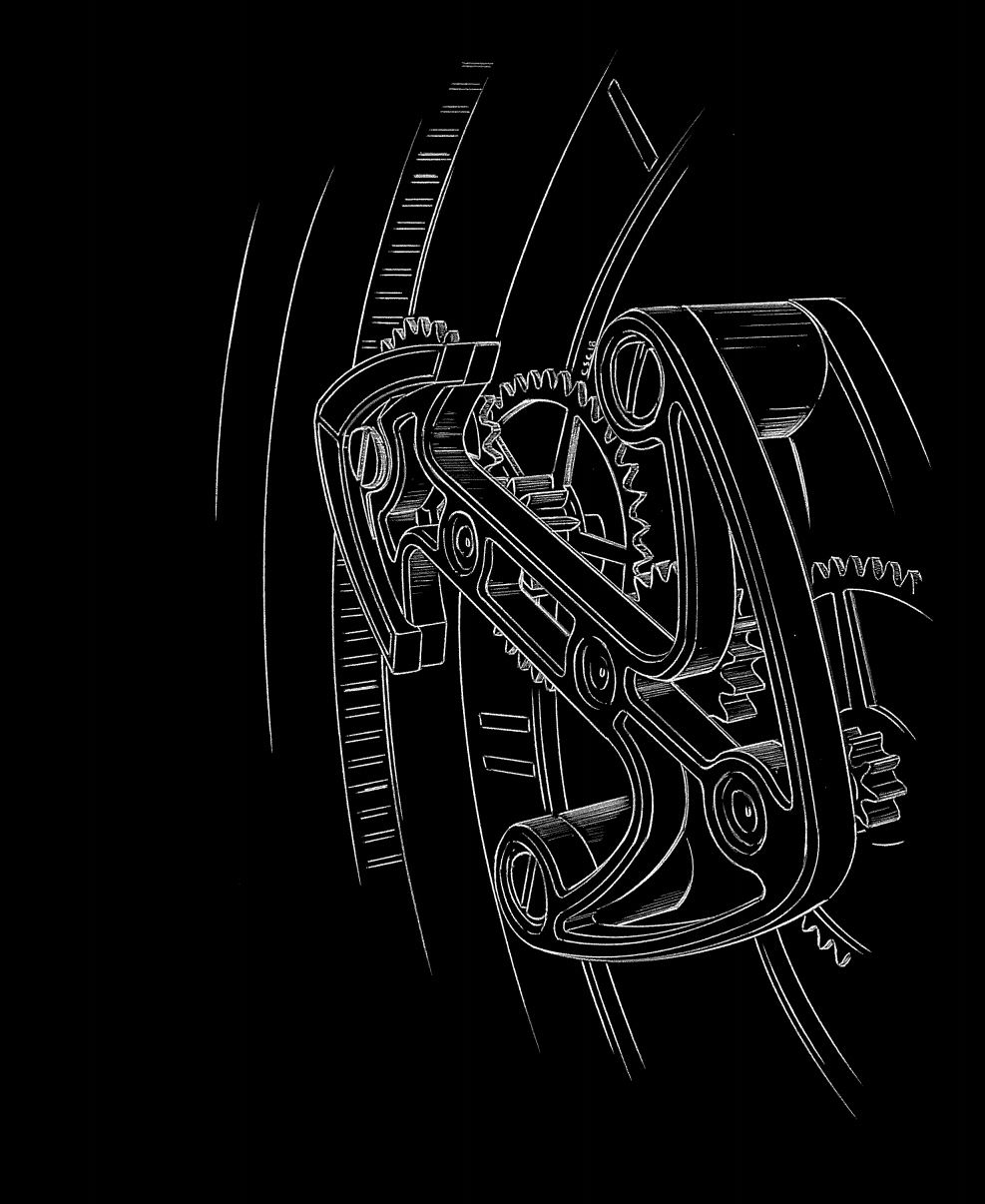 Like all Freak watches, the Ulysse Nardin Freak Out’s baguette-style movement doubles up as the minute hand. The movement within is the in-house Caliber UN-205. It is wound by hand and features a generous power reserve of 7 days. It wouldn’t be a Freak if the movement didn’t have silicon components and the Caliber UN-205 features Ulysse Nardin’s new Anchor Escapement, which replaces the traditional anchor and anchor wheel with two silicon impulse wheels and blades, and a silicon hairspring that beats at 4Hz. 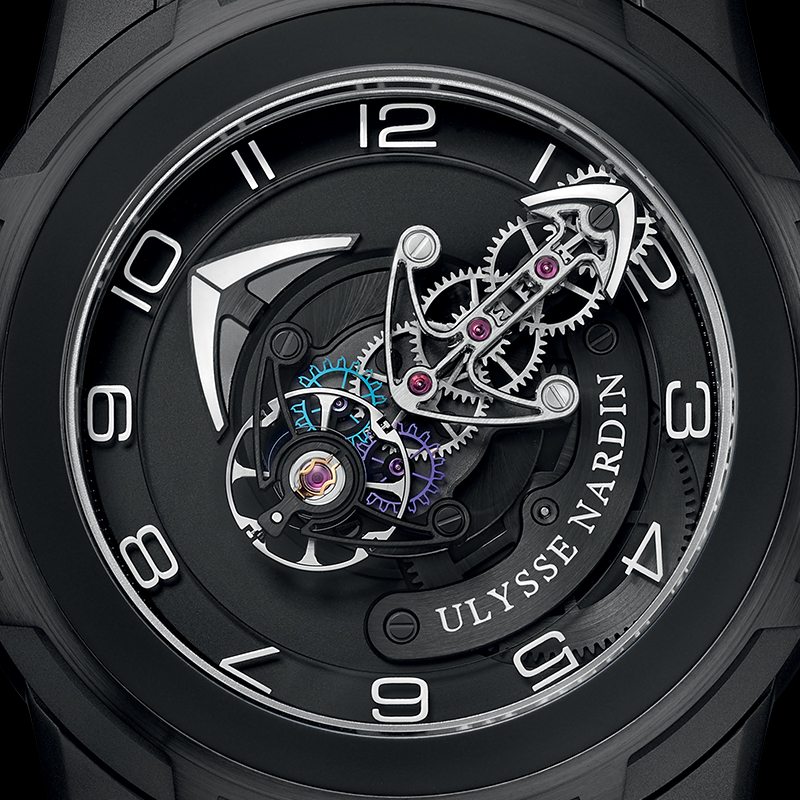 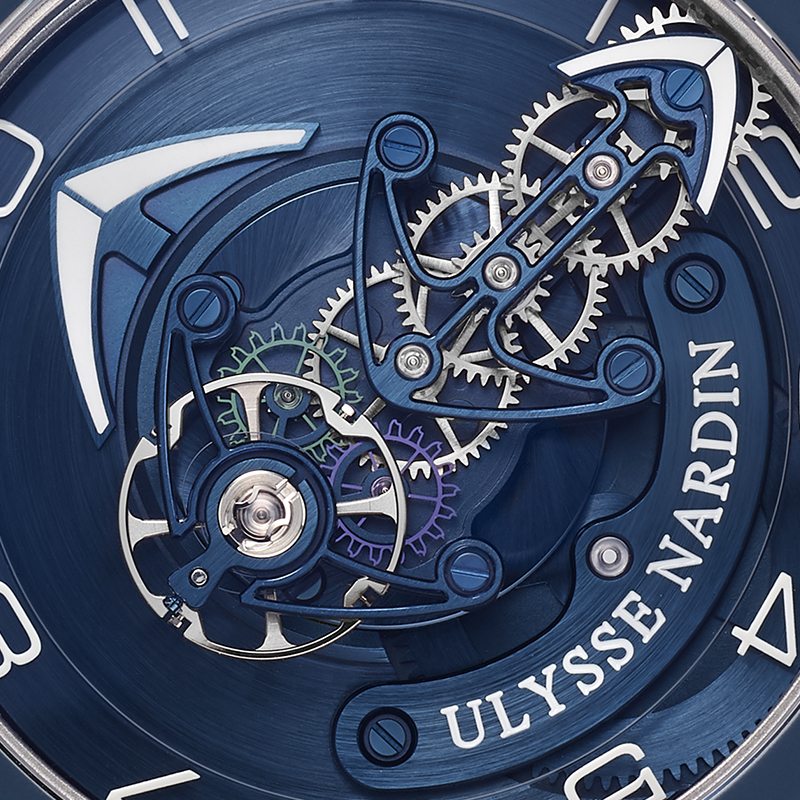 The Ulysse Nardin Freak has long been a shining example of high-end horology and the move to make it more accessible should be applauded by collectors. What’s remarkable also is that these Freak Out watches still retain all of the characteristics that make the Freak so special in the first place, like the the baguette tourbillon movement and crownless case. The Ulysse Nardin Freak Out is priced beginning at $48,000 CHF. ulysse-nardin.com