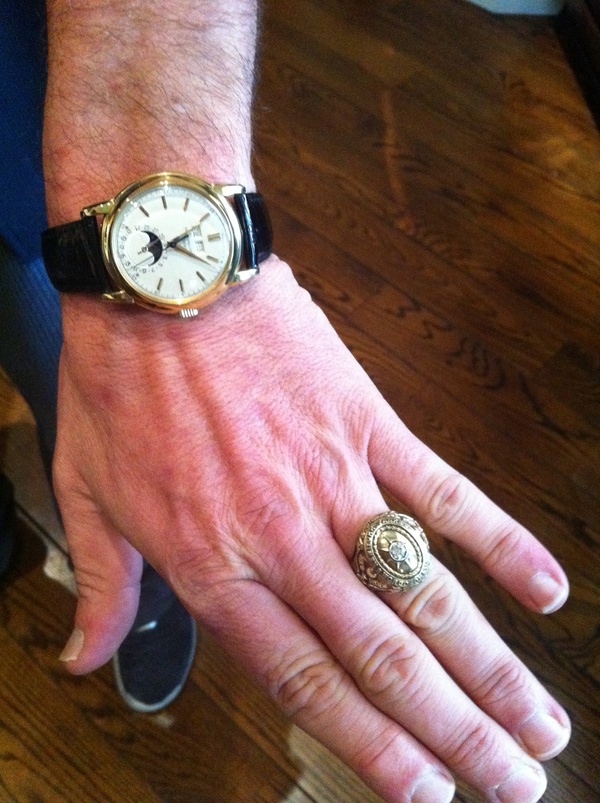 Yesterday, March 1st, 2011 Charlie Sheen joined Twitter. I don’t know if this was his first soiree on the site, but in less than 24 hours he had almost 650,000 followers. Amazing. In his third tweet Charlie wrote “The only watch that keeps Warlock time – Class of 1927 ring “Bambino U” Following this was a twitpic of his wrist wearing a watch and a ring on his ringer. But we don’t care about the ring. Actually, the ring is pretty cool. It is Babe Ruth’s 1927 World Series ring. The one he got after his season setting a home run record. And now it is on Charlie’s wrist – a good luck fortune? Doesn’t seem to be working as advertised. 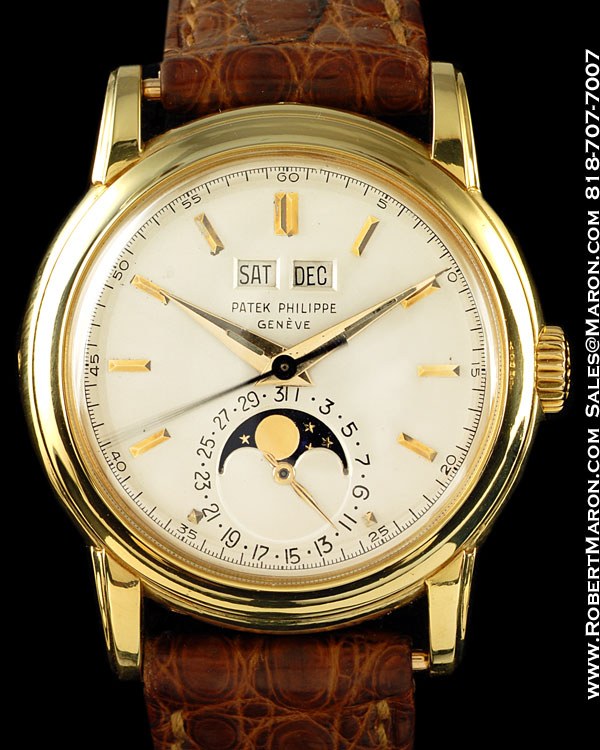 “Warlock time” refers to the statement Charlie made on The Today Show on Feb. 28th, 2011. Calling himself a “warlock.” No idea what that means really, but have enough chemicals in your system and you too will be casting spells just to use the toilet properly. In all his drugged out days Sheen has never lost faith or interest in his other vice, watches – more specifically, Patek Philippe. Funny enough. Sheen later tweeted that Babe Ruth was an accomplished level 100 warlock by Sheen’s standards. While I find the concept of Babe Ruth playing table top role playing games amusing, Dungeons & Dragons or anything like it wasn’t around yet in Ruth’s time. Though at least we know Charlie is an avid gamer. No doubt he chemically enhances his experience with brain tonic. Hell, a little mescaline always makes me a better dungeon master as long as I can still recognize the dice.

A few months ago thanks to a little blow (the girl) and a little blow (the coke). Sheen was reported to have undergone a breakdown in a hotel room. As I reported here, it was because he misplaced his Ref. 5970 Patek Philippe watch. At the time he accused his ‘adult entertainment professional’ female companion he met at the bar of taking it. Not sure what came of that. Though being the collector that he is, Charlie has a few beloved Pateks laying around. 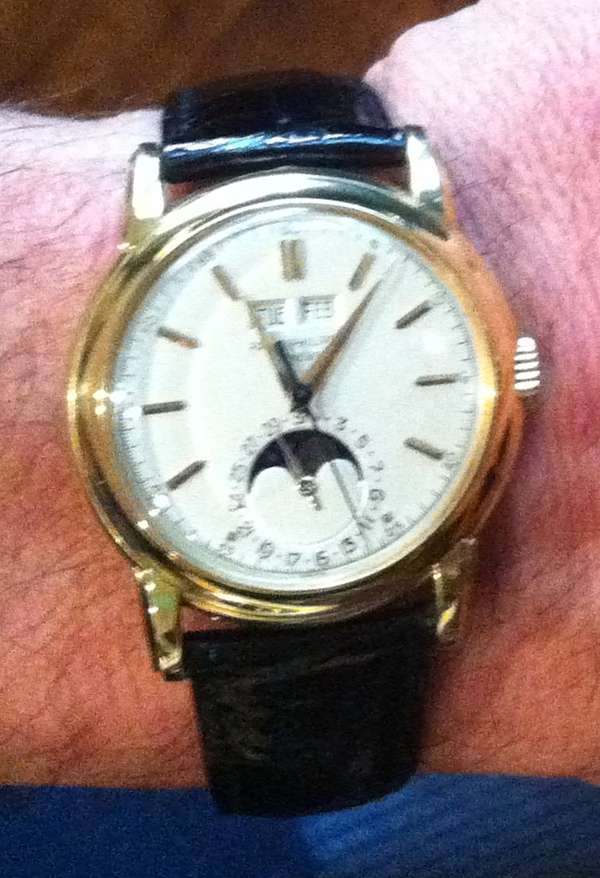 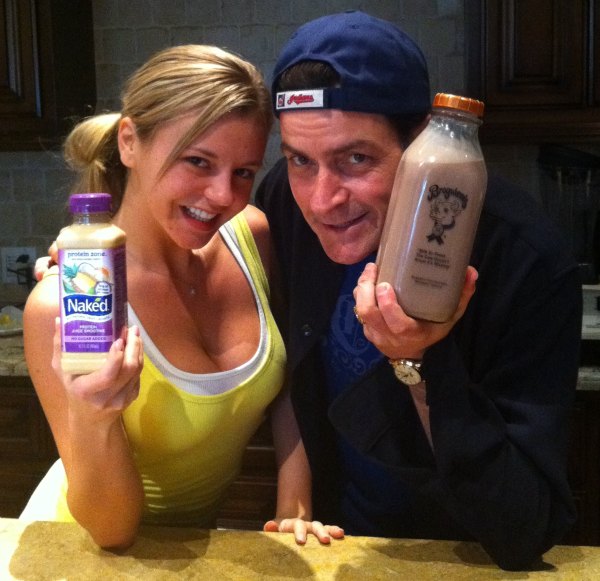 The watch on his wrist is another Patek Philippe. This time it is (I believe) a very rare vintage reference 2438/1 watch that was made from 1952 through the early 1960s. Not only is the pretty watch extremely rare, but it is very valuable. One just like it, at a Christie’s auction in 2009 sold for $707,612. The watch is 37mm wide in gold and contains a Patek Philippe made manually wound annual calendar “triple date” layout movement. There are windows for the day and month indicators, with a moonphase and date dial below them. The main dial has the time and seconds. Love those dauphine hands. One very interesting fact about this watch was that it was water resistant. By the way, another possibility is that the watch is a Patek Philippe ref. 2497 J. The differences between the two are extremely slight. There were both made around the same time and look almost identical. The only real difference (there might be proportional changes) is the placement of some lume on the hands. If it is the 2497 J, then it would only be worth closer to $500,000.

The pics on here of Charlie Sheen are from his Twitter page – so credit him for those. The more manicured image of the Patek Philippe ref. 2438/1 watch is from robertmaron.com – and belongs to them. Call me a sucker, but I am hooked on Charlie’s new publicity scheme be it calculated or not. In the end, with his good taste and passion for watches, I think Patek Philippe owes him a call as their newest brand ambassador. Win-win situation?