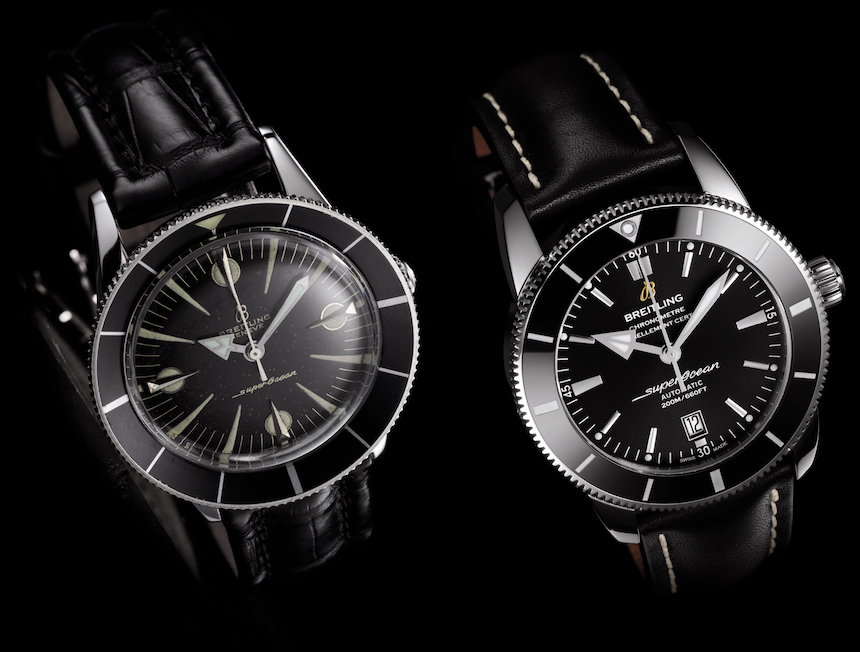 The Breitling Superocean Heritage is a classic diver’s watch that’s now celebrating its 70th anniversary with a slight design refresh and a brand-new movement developed with Tudor watches. The new Breitling caliber B20 is derived from the Tudor Caliber MT5612 used in their Black Bay watches, among others. In fact, Tudor’s new Black Bay chronograph borrows from the Breitling B01 caliber as part of what I call their “movement exchange program” this year. Like the previous version, the Breitling Superocean Heritage II collection will include a 42mm and 46mm three-hand automatic with date as well as a 46mm automatic chronograph.

Initially released in 1957, the Breitling Superocean is still going strong in many sizes, colors, and configurations. In addition to their modern, sportier Superocean collection, Breitling smartly released the vintage-inspired Superocean Heritage collection a few years back. 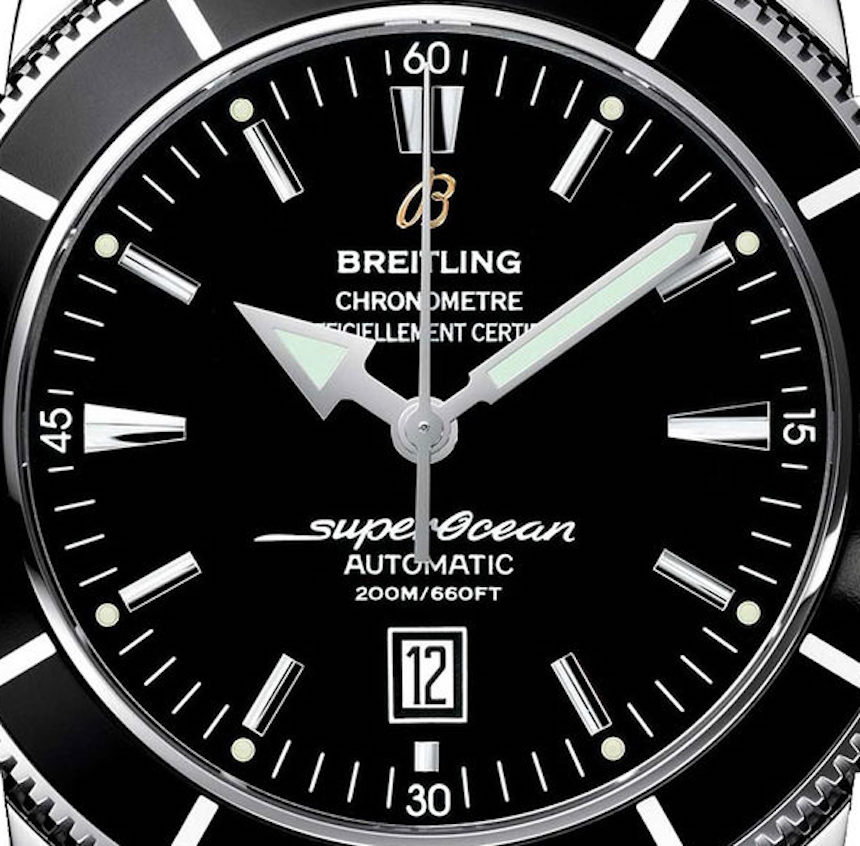 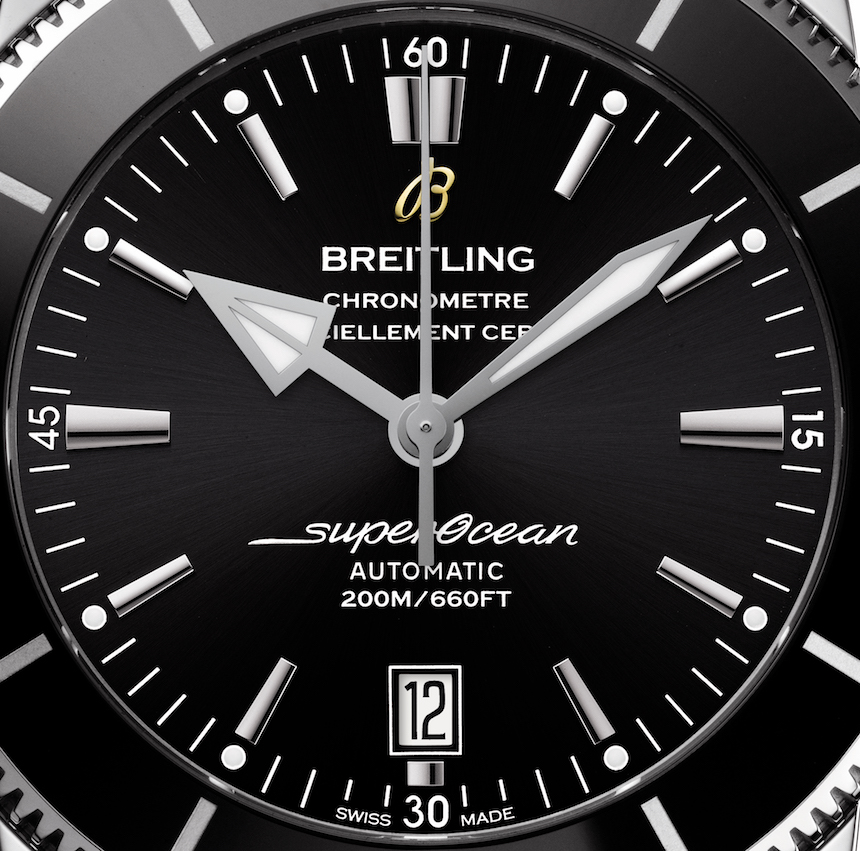 Aesthetic changes are pretty discreet, with a new ceramic ring around the minute track replacing the old steel one, allowing for the color to match the dial in a seamless look. It’s actually pretty noticeable when compared with an older model, as you can see above. It’s minor but a refinement that definitely brings a higher-end look. Also, for those who look closely, the minute hand is now slightly more sword-shaped, and the hour hand now has a steel partition in the lume in the arrow’s head. 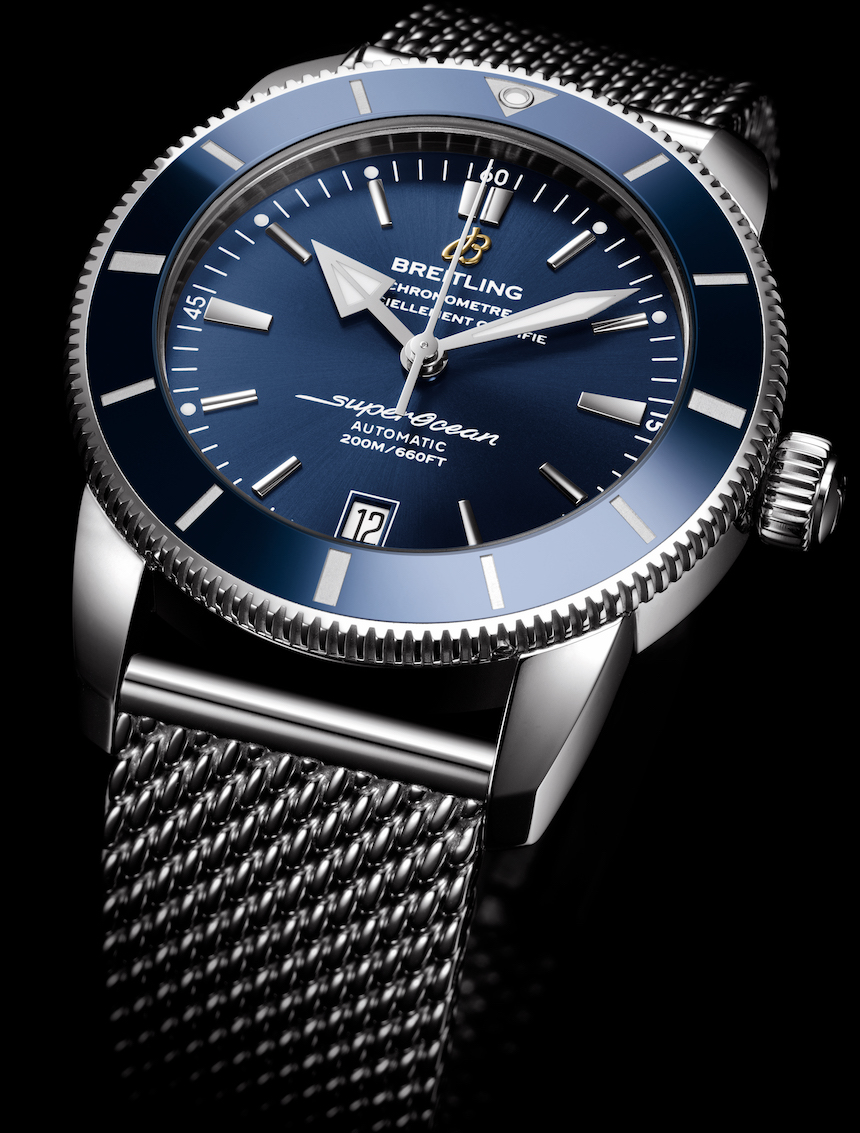 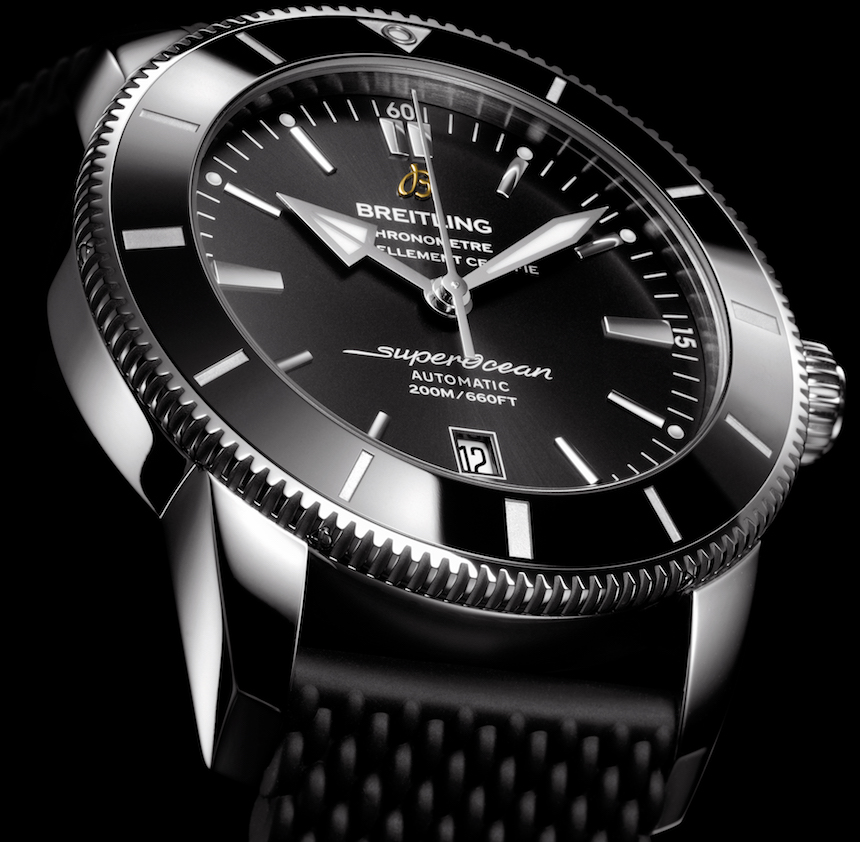 Of course, the major new change for the three-handers is the new B20 movement, a self-winding, 28-jewel caliber which vibrates at 28,800bph. It is Breitling’s take on the Tudor MT5612 movement which provides a solid 70-hour power reserve. It’s clear that both brands are benefitting from each other’s “specialties,” with the Tudor three-hand movement applied here, which would likely drive the cost up considerably if Breitling were to develop it themselves, and Tudor adaping the Breitling B01 movement (not the one used in the Breitling Superocean Heritage II chronograph, mind you). 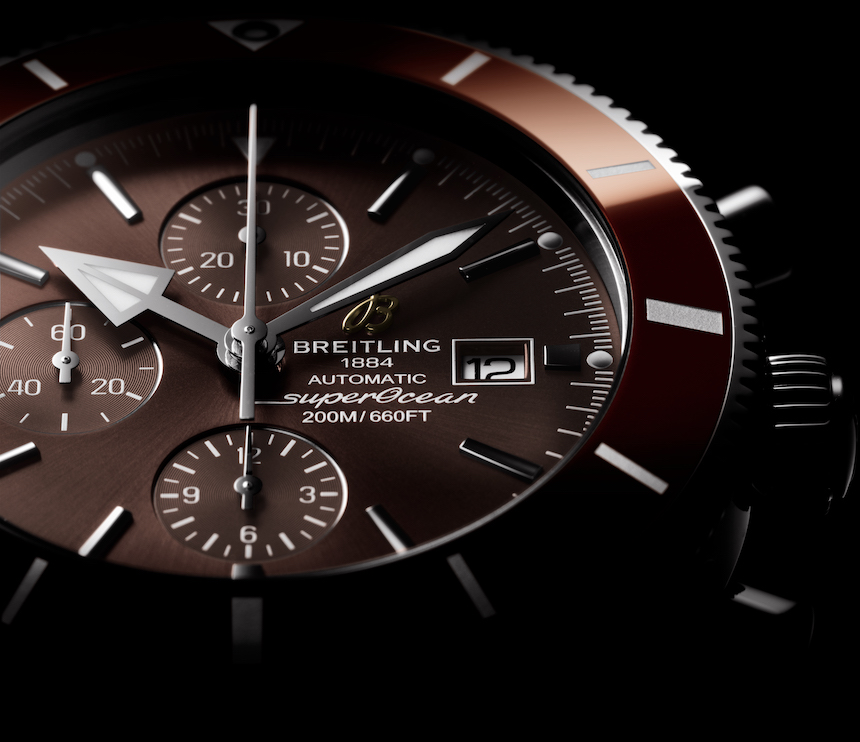 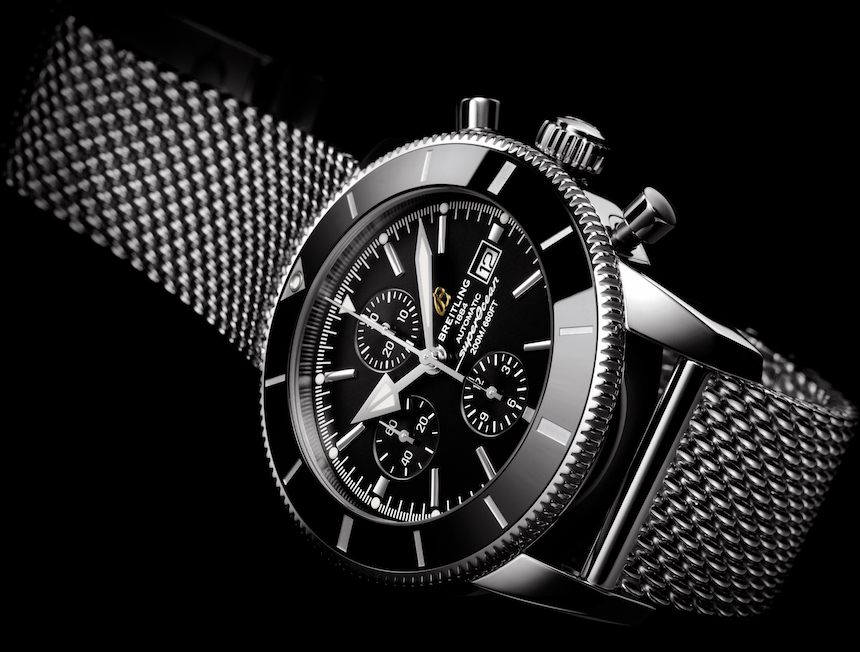 The 46mm Breitling Superocean Heritage II Chronograph also sports some subtle upgrades and alterations. Like its three-hand siblings, the chronograph now has a ceramic bezel and the same slight changes to the handset. The Breitling Superocean Heritage II Chronograph features the trusty old caliber B13, which is based off the Valjoux 7750. The automatic movement operates at 28,800vph and has a power reserve of around 42 hours. 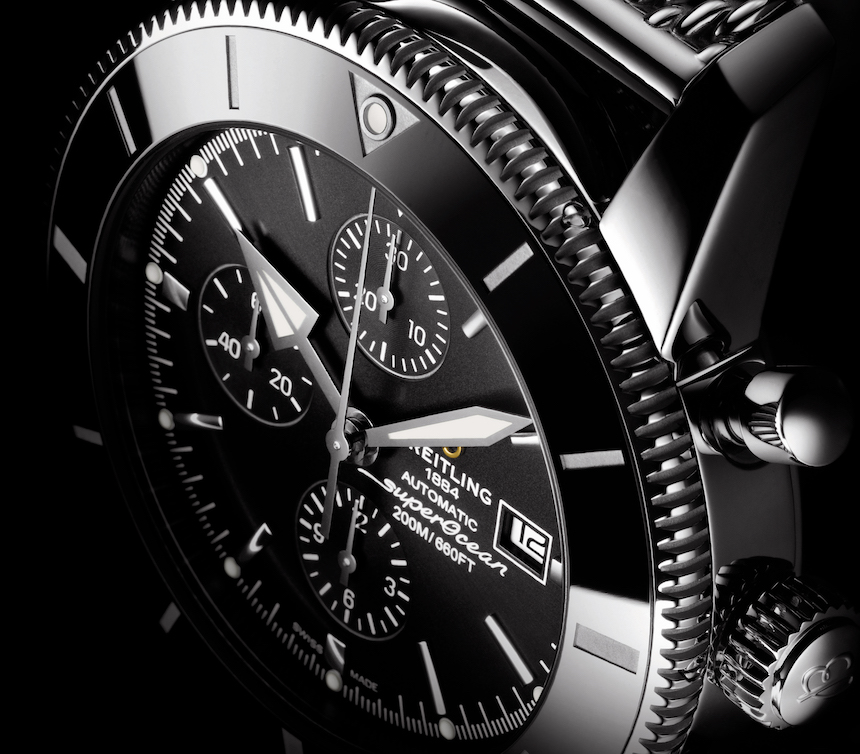 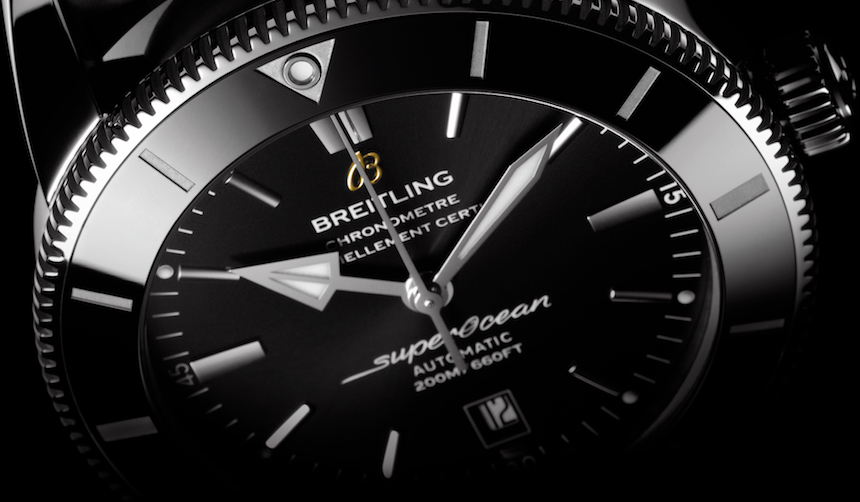