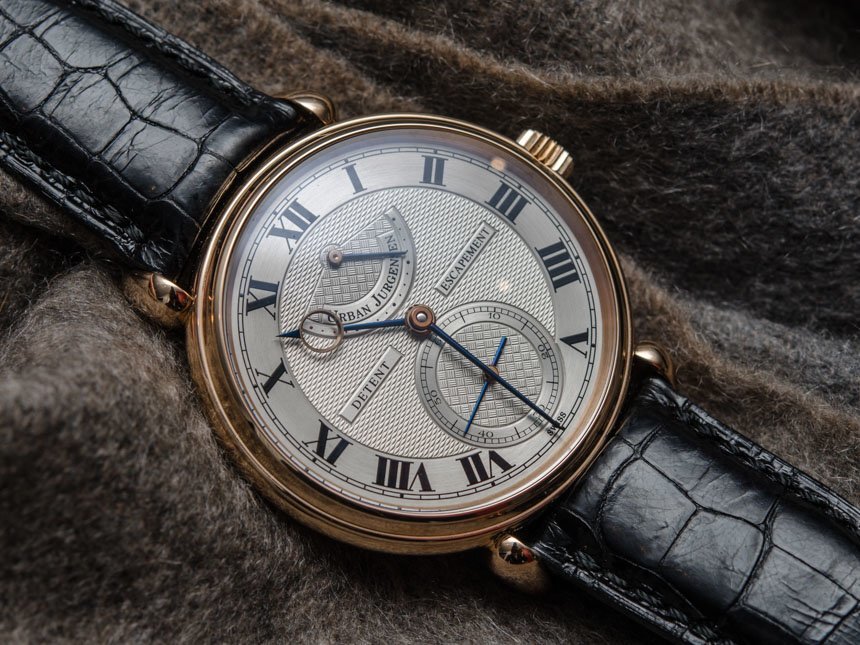 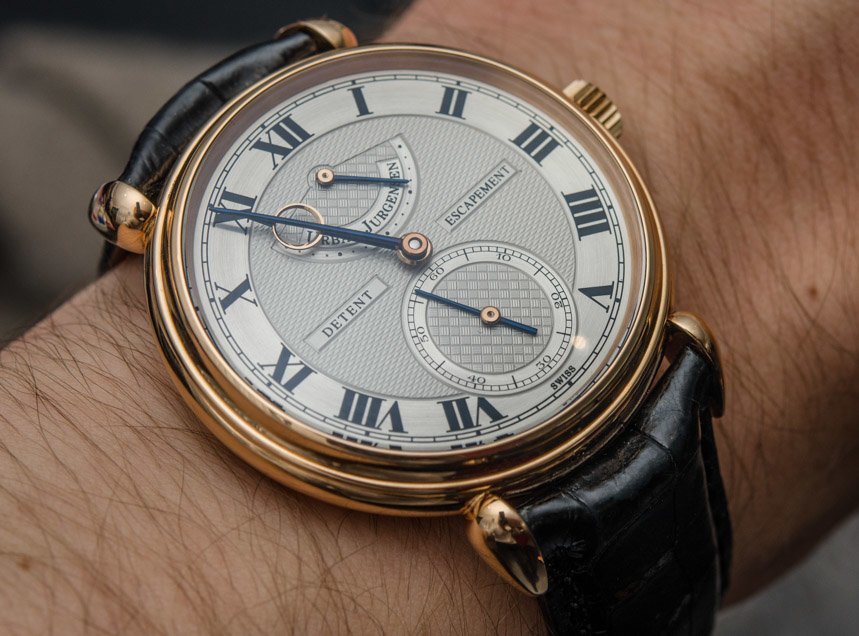 The world of watches holds countless well-kept secrets. Most of them are small independents, turning out exceptionally high-quality and greatly interesting mechanical timepieces; watches which are often made to order for collectors in every corner of the world, and watches which are extremely rare. Few of these secrets are, however, 300-years old, like Urban Jürgensen & Sønner is. I recently had a chance to meet them and go hands-on with one of their trademark pieces, the Urban Jürgensen & Sønner 11C and, as some of the best of these stories go, it all started with a phone call from a foreign number…

It was thanks to that phone call that, out of the blue, I was invited to attend GPHG (Grand Prix d’Horlogerie de Gèneve) as a guest of Urban Jürgensen, and how I got to meet the brand personally for the first time and examine the Jürgensen & Sønner C11 watch. As usually is the case, the schedule was extremely tight, and our meeting took place shortly before GPHG commenced. I got to meet three of the men presently running and developing this small manufacture, all three of them being extremely dedicated to watchmaking – even by Swiss standards. 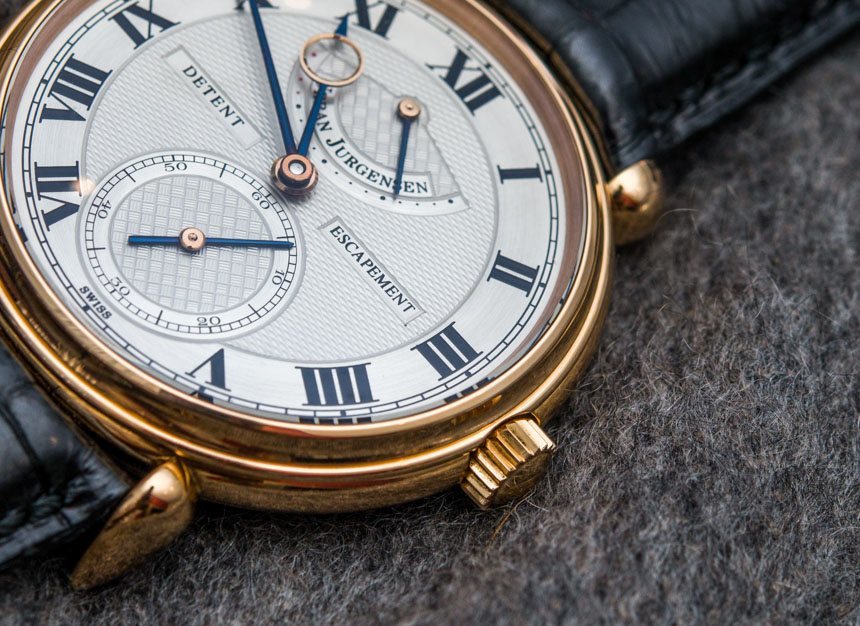 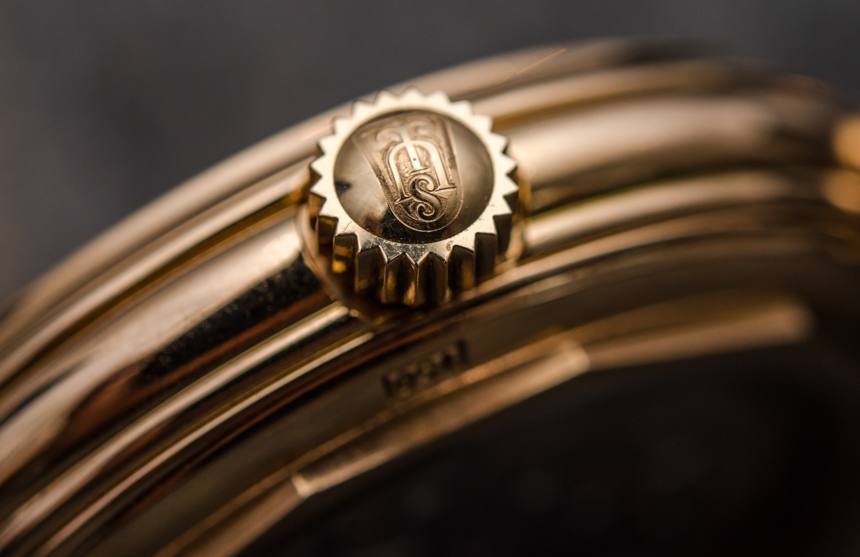 Before we continue discussing the brand of the present and the Jürgensen & Sønner C11 watch, let’s get side-tracked for a moment and introduce ourselves to the genuinely vast history of the manufacture. The history of Urban Jürgensen spans as many as four centuries, as the Jürgensen workshop was established in 1773 in Denmark. Jürgen Jürgensen was the founder of this “horological family,” but it was his son, Urban Jürgensen (1776-1830) who first achieved great successes. He was an apprentice of Breguet in Paris and Arnold in England and the story goes that Breguet said he felt Urban quickly got to a level of expertise where he had nothing new to teach him. This expertise was put to the test soon, when the Danish king, Frederick VI, granted him a Royal Appointment to supply the Court with watches and the admiralty with chronometers – no small achievement at a time when these were among the finest and most important devices to be used aboard navy ships. 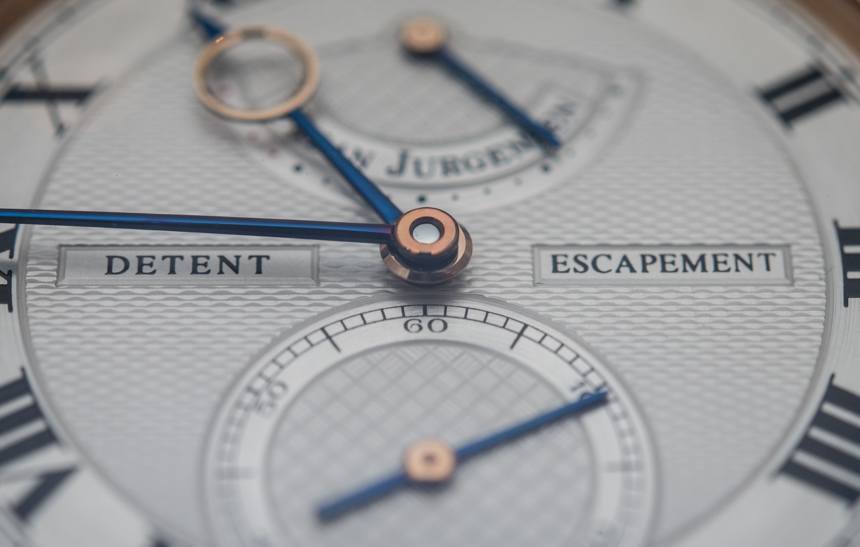 The running of the firm’s Copenhagen and Le Locle based premises was taken on by the subsequent generations, up until the last watchmaker in the family, Jacques Alfred Jürgensen’s passing in 1912. Since then, the Jürgensen name has been owned and carried on by numerous owners, only to find a resting point – well, rather an opportunity to rise and shine again – with Peter Baumberger and Dr. Helmut Crott. 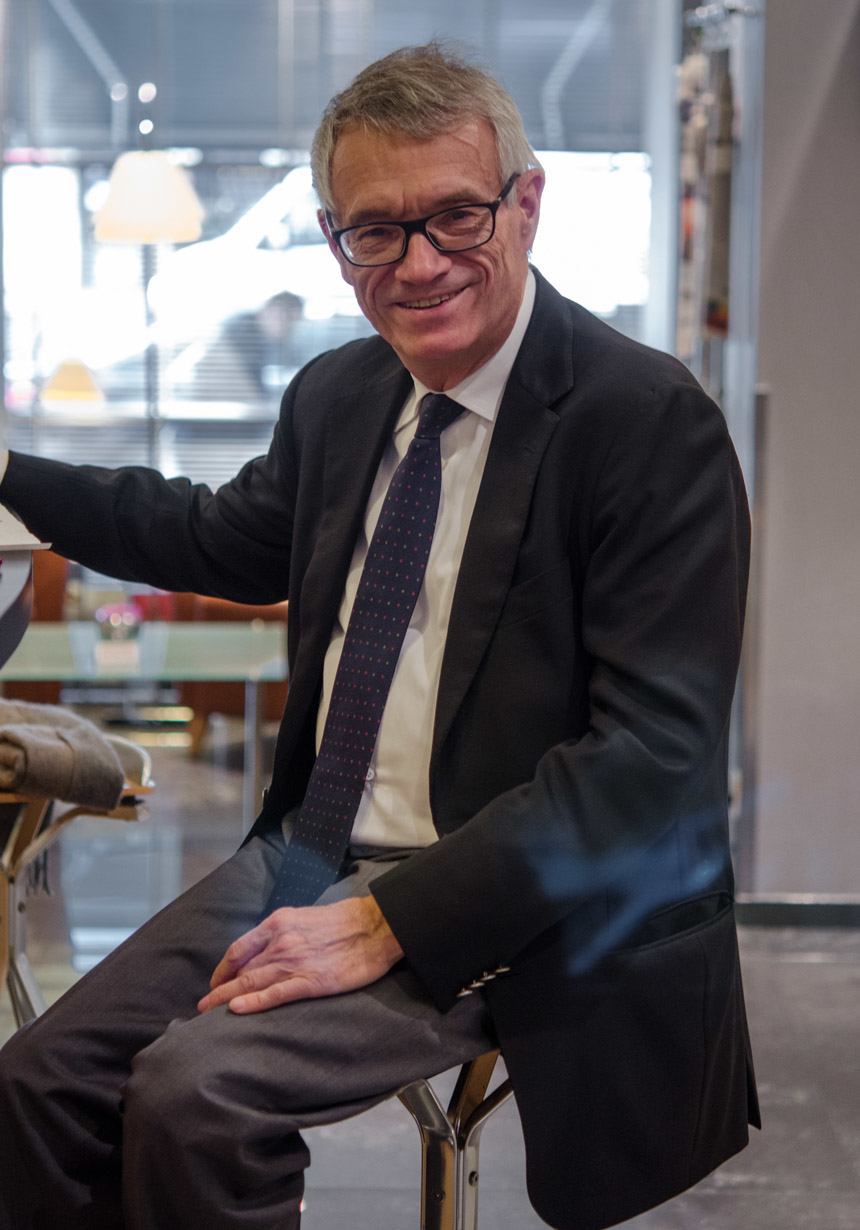 The two friends, along with Derek Pratt, have set an old-new direction for the Jürgensen manufacture: their goal was to create a manufacture that offered a blend of timeless, historically accurate aesthetics inspired by the works of the Jürgensens, while also investing in practical, genuinely useful technological developments that favored timekeeping excellence to flashy, super-modern ways of displaying time. Unfortunately, with the unexpected passing of Peter Baumberger, one of the founders of the modern company has not lived to see these efforts come to fruition.

With Dr. Crott – who is known as the founder and namesake of Crott auctioneers and also as an expert on vintage Patek Philippe timepieces – taking the helm, their efforts resulted in their proprietary detent escapement and a functioning manufacture that was now capable of producing watches of exceptional quality, meeting any and all standards. 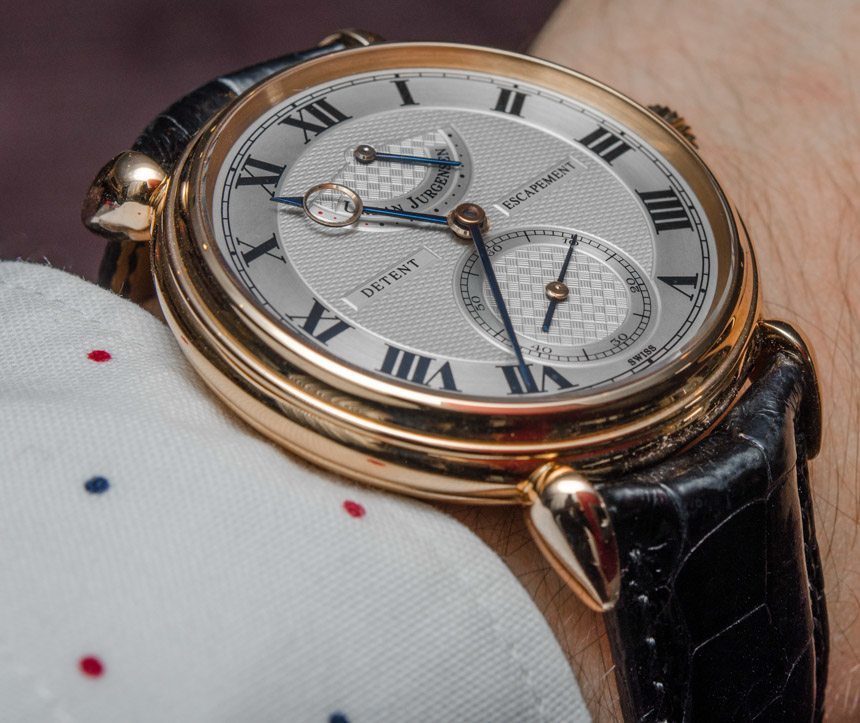 Being summarized like that may make the accomplishment seem like an easy feat, although it is anything but that. The men behind Urban Jürgensen & Sønner had created what clearly is a hugely impressive web of specialist watch makers and suppliers, who would all do what they do best to help create the timepieces that marked the revival of Jürgensen watches. To begin with, it was Jean-Francois Mojon, founder of specialist movement developer Chronode SA who helped create Urban Jürgensen & Sønner’s world-first detent escapement wristwatch caliber. Kari Voutilainen and his manufacture were responsible for the assembly and finishing of these movements, Roland Tille made the dials, and the famed Jean-Pierre Ackmann, would deliver the cases. We scarcely hear most of these names, and I am always shocked to learn when they turn out to be the masterminds behind some of the more impressive high-end independent watch creations of today. 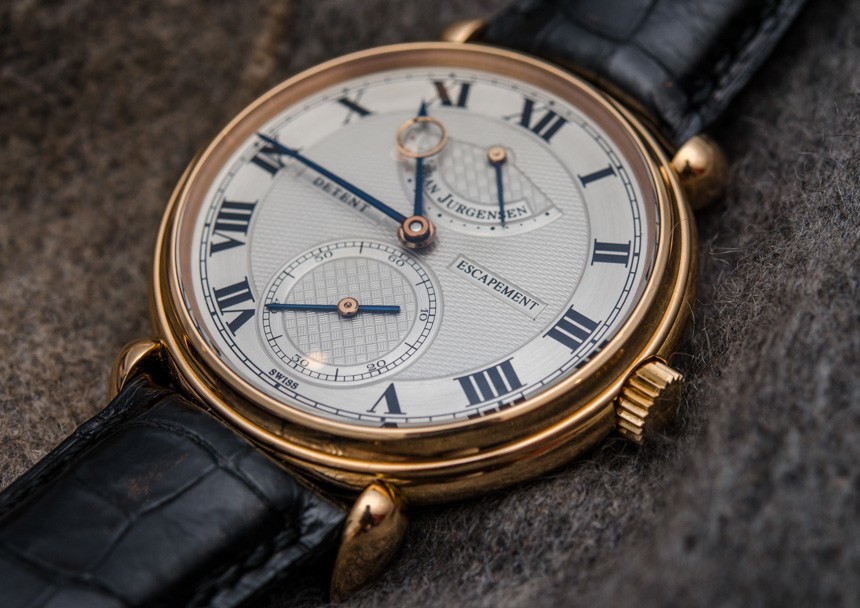 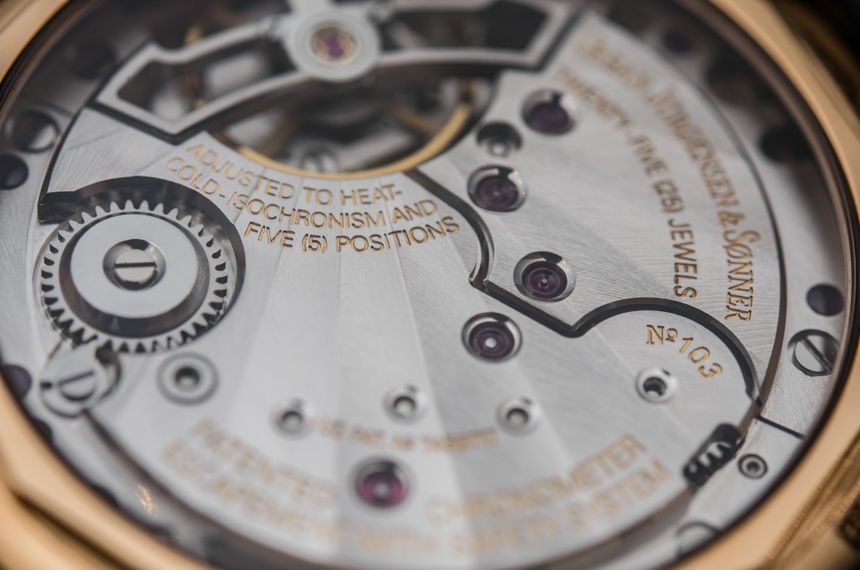 Turning now from concepts to reality, let’s take a closer look at the Urban Jürgensen & Sønner 11C. The case, with its teardrop shaped lugs, thin but tiered bezel, sleek profile, and large crown speaks for itself – a true classic, defying its somewhat larger size. Housed inside this 42 millimeter-wide, round, and classically elegant rose gold case is a movement unique to Urban Jürgensen & Sønner, featuring their patented detent escapement mechanism. Beyond the straight-forward design and the fact that all components have been crafted by the most traditional methods, we may consider this unique escapement as a key tribute to the heritage of the manufacture.

Announced earlier this year, the @girardperregaux