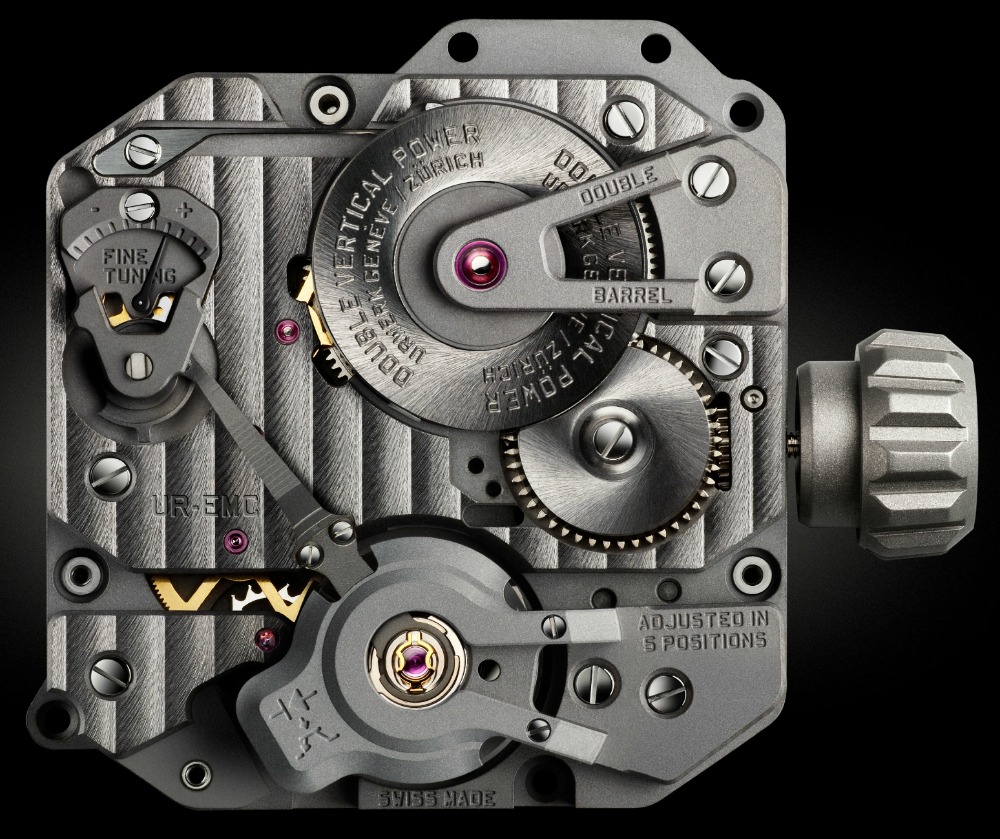 Pretty soon, high-end Geneva-based watch maker Urwerk, will release a watch that includes their new EMC mechanical movement – a mechanism that will no doubt appear ironic and perhaps insane to those not acquainted with the passions that drive the mechanical watch industry. In short, the EMC blurs the lines between mechanical and quartz timing regulation in an amusingly obsessive way that points to the sheer limits of how much your average watch aficionado is willing to endure. Urwerk calls the EMC the first “mechanical smart watch movement,” so let’s find out what it is all about.

A little background info first so that you’ll understand all of this. Mechanical watches are “regulated” to be as accurate as possible. Depending on the movement, there are a few variables that involve playing with the hairspring in order to make the watch have the best “rate results.” The hard part is regulating the watch so that it is satisfactorily accurate not just sitting down on a table, but sitting upside down, with the crown up, etc…  The idea is to be usefully accurate while moving around on your wrist. When watches, for example, state “adjusted in five positions,” that is what they mean. That the watch movement was regulated to be relatively accurate in five, versus just one orientation. Some brands like Grand Seiko and I believe Patek Philippe adjust for six positions. Classy, I know. 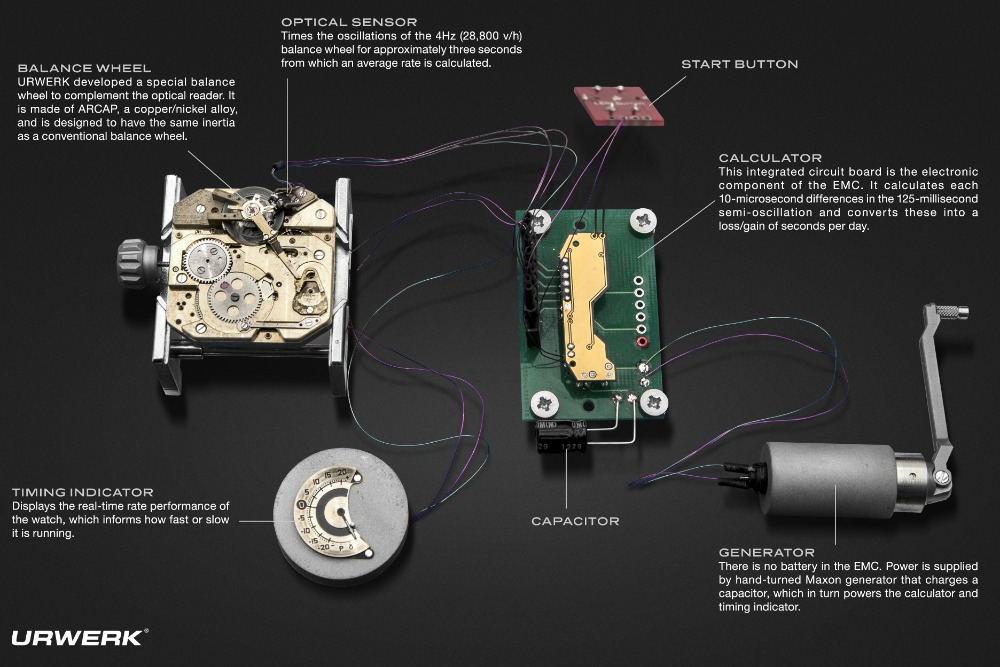 Regulating a watch is rather frustrating, because it involves tiny, precise changes to a movement by turning little screws or pushing tiny levers. Timing machines (often made by the brand Witschi) are used to offer real-time feedback on just how accurate the movement is by literally listening to the beat of the escapement. These however aren’t exactly portable. What Urwerk has done is create a sort of portable electronic timing machine that is permanently connected to a mechanical movement. This is combined with offering easy to access “fine adjustment” tools on the movement so that you can not only measure of the accuracy of the EMC movement in real-time, you can adjust it as well. This is cool, but also completely insane and perhaps beautifully obsessive. Last year Bulova released a watch that allows the user (versus watch maker) to finely adjust their watch with the Accutron Calibrator timepiece – but you needed to test the accuracy independently.

To accomplish all of this, Urwerk needed to create a timing device small enough and simple enough to fit inside of a watch. According to them, they still have no idea how it is going to look inside of a finished product. So how does this work? Well unlike a Witschi machine that traditionally “listens” to a movement, the Urwerk EMC uses a small digital camera (optical sensor) right over the balance wheel and escapement to visually measure the timing results. It measures three full seconds and then uses those results to come up with a plus or minus seconds per day reading, which is shown via a little gauge Urwerk has designed. This system also required the design of a new style of balance wheel. 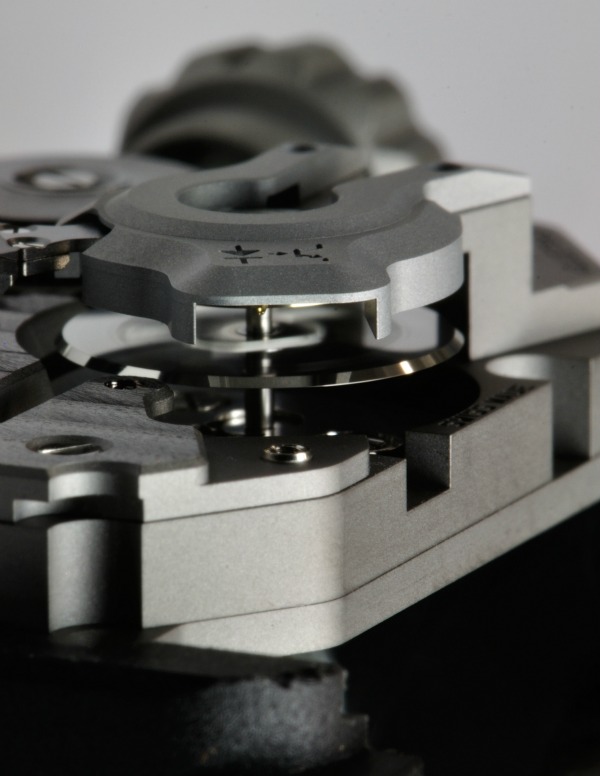 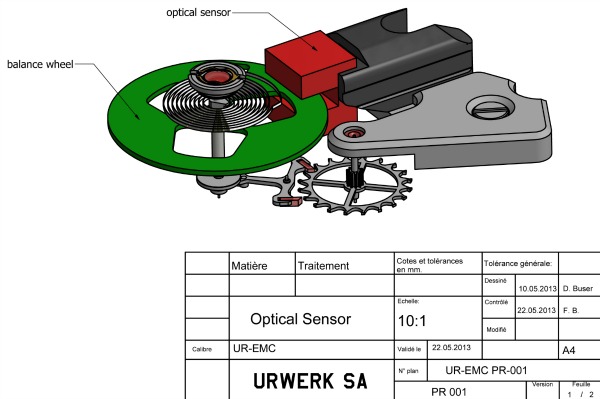 The optical sensor is connected to a quartz regulator (of course) which serves as a reference time. The system only knows how accurate the 4Hz mechanical movement in the EMC is if there is a reference to compare the results with. The electronic oscillator is much more precise operating at 16,000,000 Hz (much faster than your normal quartz movement, but it can do that as it doesn’t need to operate all the time). This horsepower is there to tell you how accurate your comparatively snail-paced mechanical movement is. The true irony is that if the movement ran at 16,000,000 Hz, you’d never (ever) need to reset the time as it would be so accurate your distant ancestors would be able to rely on it. At 4 Hz you are lucky to be accurate to within 5 or so seconds a day.

Even though Urwerk’s EMC will offer the ability to constantly monitor and adjust the mechanical movement, it will never be as accurate as the reference system. Which makes me sort of want to have a watch that operates at 16,000,000 Hz! Even more amusing is the fact that the EMC will not have a battery for the electronics that it has. It will have a hand-cranked generator that directly charges a capacitor. So yea, when you want to check the rate results of your Urwerk watch you need to wind a crank that will no doubt look extremely elegant attached to the watch, or be an easy to loose separate accessory that will cost at least $1,000 (or much much more to replace). 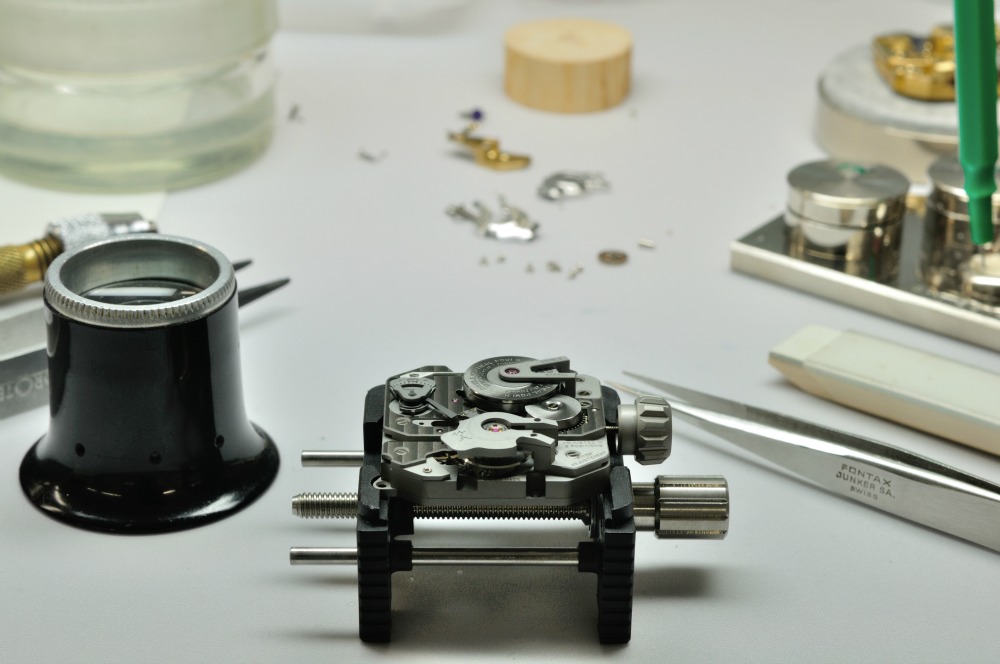 As we said, Urwerk has not yet released a watch that will include the EMC concept movement, nor will they tell us when that will happen. The issue is really that all of this tech needs fit inside of something you can actually wear. Though it is possible that rather than a wristwatch, the EMC movement will first find its way into a pocket watch similar to Urwerk’s UR-1001 Zeit Machine.

People so concerned with accuracy will likely be better off with a quartz watch (which are more accurate than mechanical watches). Part of the reason is that this intense system seems to be sort of a recipe for timing failure. Even the best watch makers can only regulate a watch to be just so accurate in a range of position. Even though the EMC will allow people to regularly check the accuracy of their watch, there is a distinct limit as to how accurate it can be. There is really no chance of getting anything better than a second or two per a day. Perfect accuracy just isn’t possible using this type of technology. Having said that, most people buying whatever timepiece ends up including the Urwerk EMC won’t mind. This is clearly insane horology and evidence of just how far Urwerk is willing to go to offer up something different. For all those well-funded mechanical watch lovers with accuracy OCD, your watch is coming soon. urwerk.com