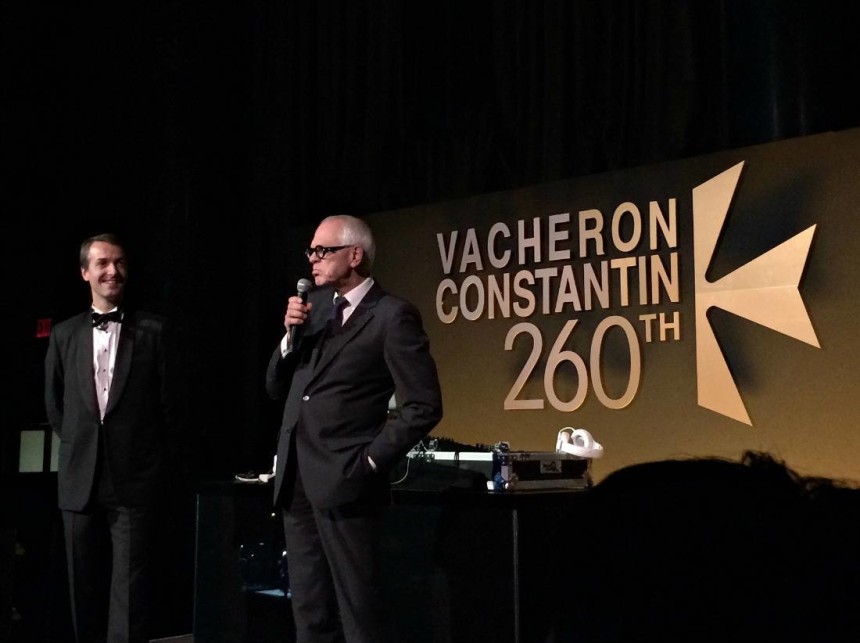 New York’s watch industry folk were treated to an elegant night of cocktails at Cipriani Midtown by historic watchmaker Vacheron Constantin where they celebrated the 260th anniversary of the brand and presented the new Ref 57260 (read our first look at the piece here) – the most complicated watch in existence today. Boasting 57 complications and 2826 components housed within the 50.55mm-thick mechanical pocket watch, the Vacheron Constantin Ref. 57260 piece boasts a 98mm case and is a bold statement of watchmaking mastery for the brand. The piece took eight years to develop, and I’m told by one of the brand representatives that it was sold for “between five and twenty million dollars.” 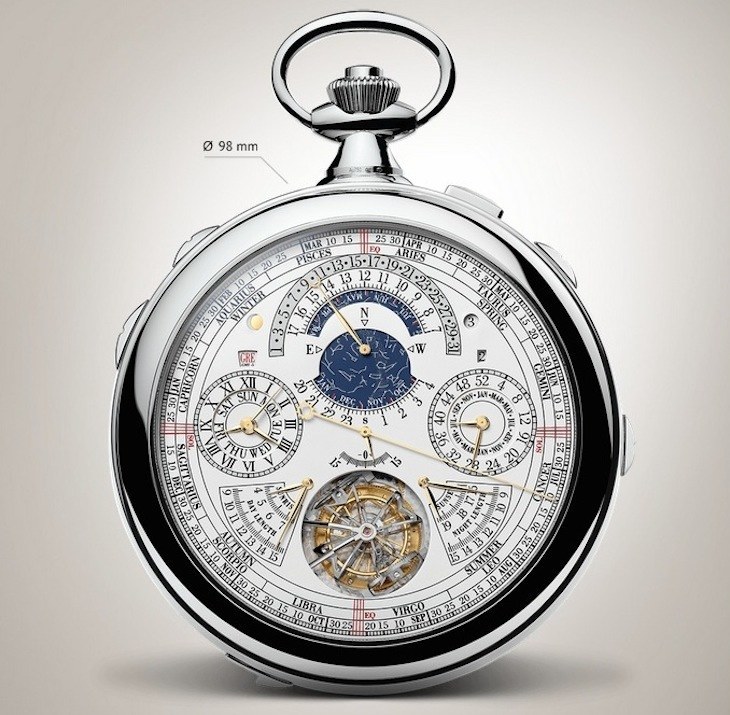 Vacheron Constantin’s Ref. 57260 – the most complicated watch ever made 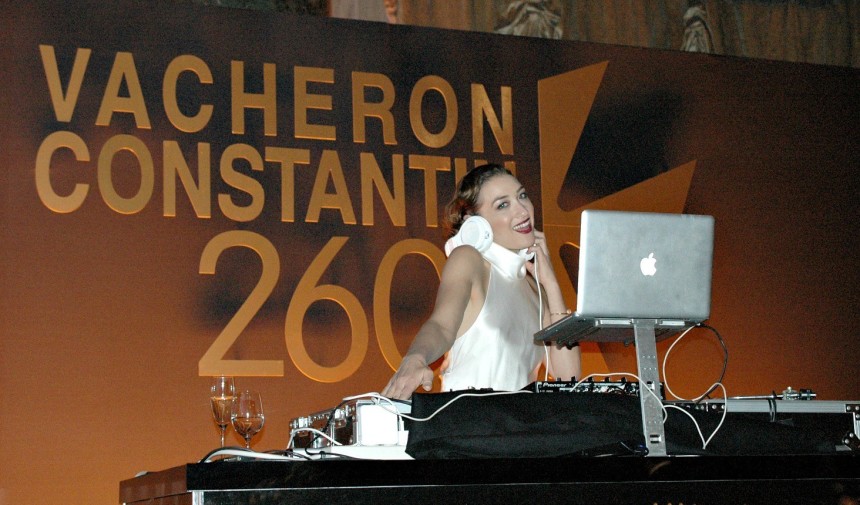 During the presentation, party-goers were engaged by the story of how the intricate watch was conceived and built as a one-of-kind piece on a custom order from a private collector. From the Atelier Cabinotiers division of Vacheron Constantain, it is guaranteed that no two of the same piece can be produced. In fact, I’m told that although the Vacheron Constantin Ref. 57260 was requested by a few (2-3) collectors after they had seen it in person, the brand turned down the orders to uphold the integrity of the division’s commitment to exceptional and unique pieces. 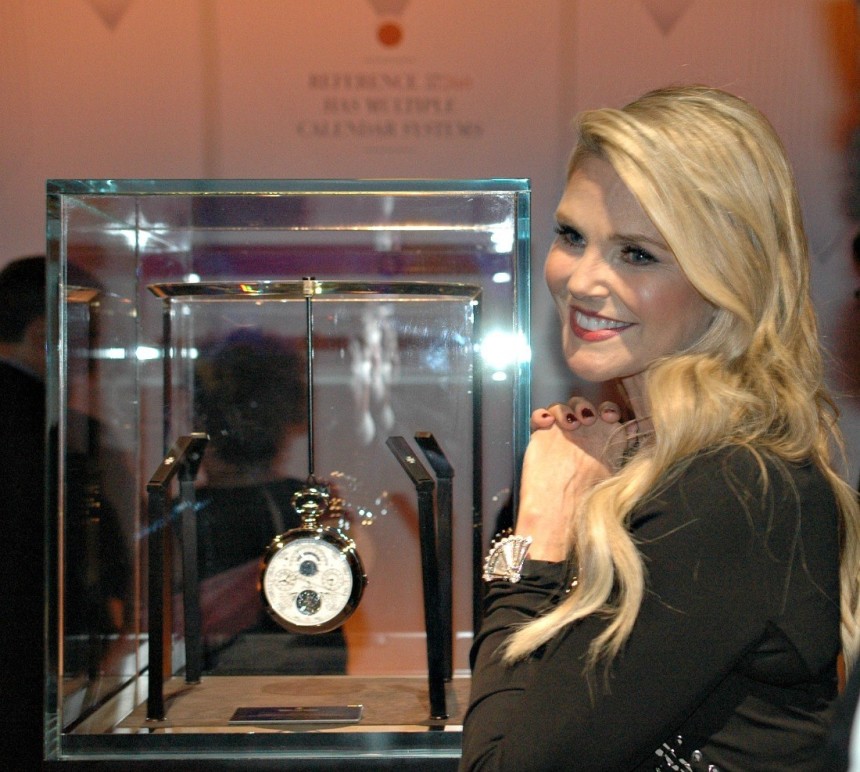 Also on display during the night was a collection of vintage pocket watches rarely seen together on loan from various dignitaries, foreign royals, and private collectors from all over the world. 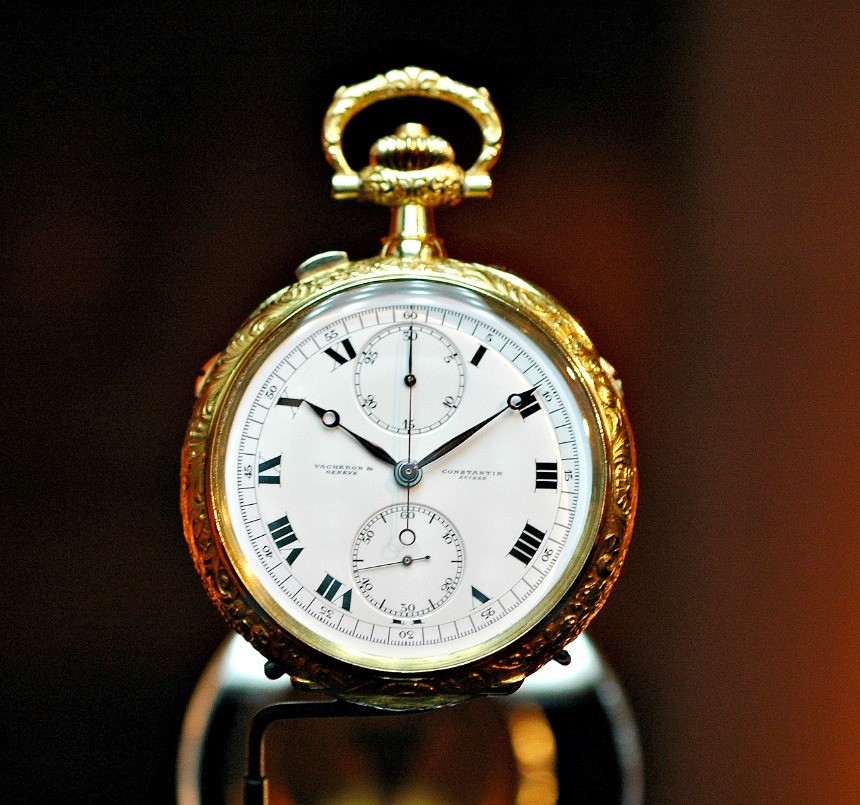 The Vacheron Constantin “James Ward Packard Watch” c.1919 – perhaps the only of its kind with a Guillaume escapement and trip quarter and half-quarter repeating grande/petite sonnerie.

Highlighted among the group was a gilt dial piece once owned by the infamous watch collector King Farouk I of Egypt c.1946, who was known as somewhat of a child prodigy in terms of watch collecting. His passion in collecting cultural oddities also extended to coins and cars to the extent that when he was overthrown a little over ten years later, it was estimated that the collection was worth over $150 million. The piece on display at the event specifically – the “Farouk Watch” – is now considered the second most complicated watch made in Vacheron Constantin’s history, and despite losing it’s novelty-hype in 2015, should still be considered a major engineering feat. 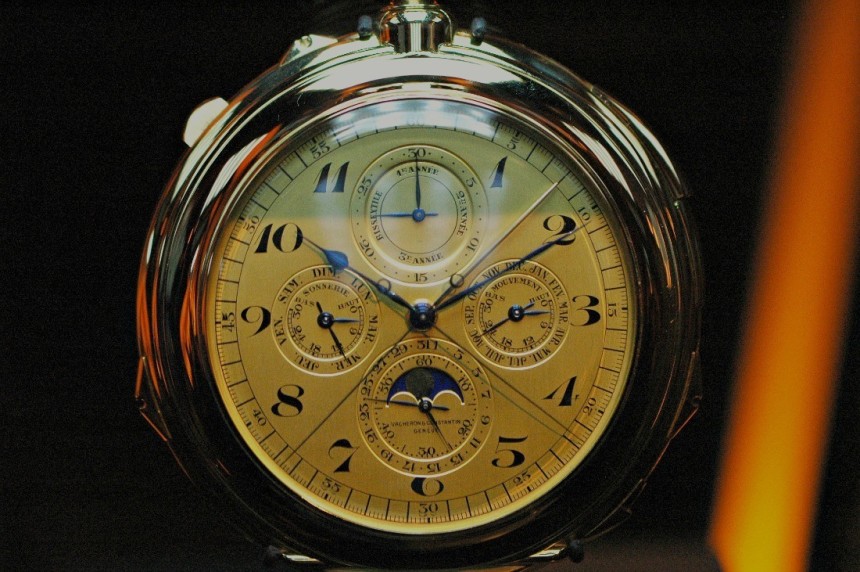 Measuring 80mm wide (remember that the Ref.57260 is 98mm), the keyless chiming pocket watch boasts 15-complications and is cased in solid 18K gold with a somewhat rare-for-the-time gilt dial (most were crafted in white enamel). Notable in the movement is the incorporation of an alarm function – one of only four twentieth-century pieces made by the brand to have this (another being the “Boisrouvray Watch” also on display at the event). This function required a fifth central hand on the dial working in unison with the four others displaying hours, minutes, and the split-seconds chronograph function.

The piece also features a two-train carillon minute-repeater with both grande and petite sonnerie striking options on three gongs with three hammers. Other sub-dials on the front dial include: 30-minute register, perpetual calendar, leap-year indication, phases and age of the moon, and interestingly, two power reserve indicators for both the movement and chiming trains incorporated on the days and months dials, respectively. This watch, three years in the making, officially has three more complications than the one given to King Farouk’s father, King Faoud I of Egypt twenty years earlier, but it is still debated as to which one of the two was Vacheron Constantin’s biggest horological achievement, and here is why: 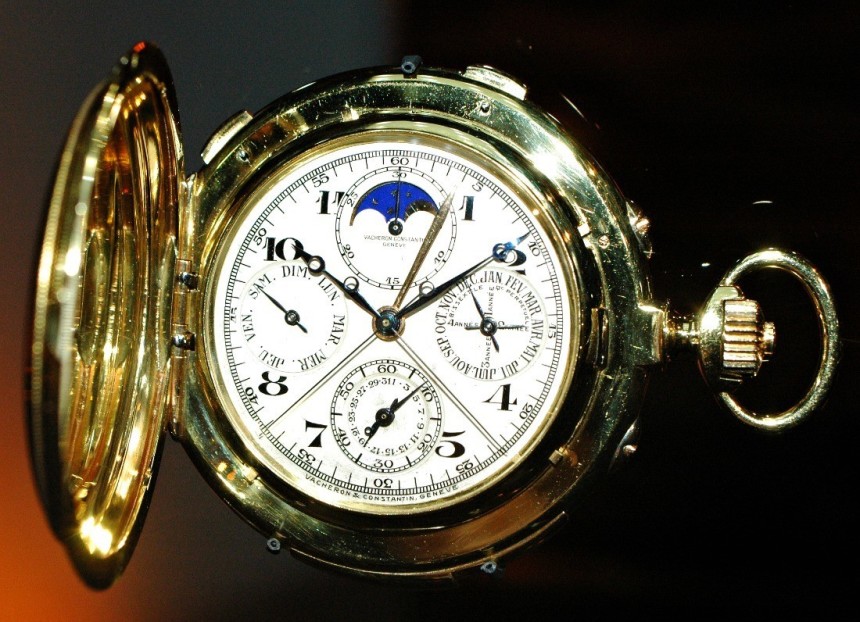 The “Fouad Watch,” given to His Majesty King Fouad I of Egypt by the local Swiss community in Egypt in 1929, was 15 years in the making. It had many of the same features and complications as its successor, including a split-second chronograph, 30-minute register, perpetual calendar, phases and ages of the moon, etc.; however, where the differences are subtle, they are important. For example, instead of being just a two-train carillon minute repeater with grande/petite sonnerie, the “Fouad Watch” is actually a two-train carillon trip minute repeater with both grande/petite sonnerie and silence mode. 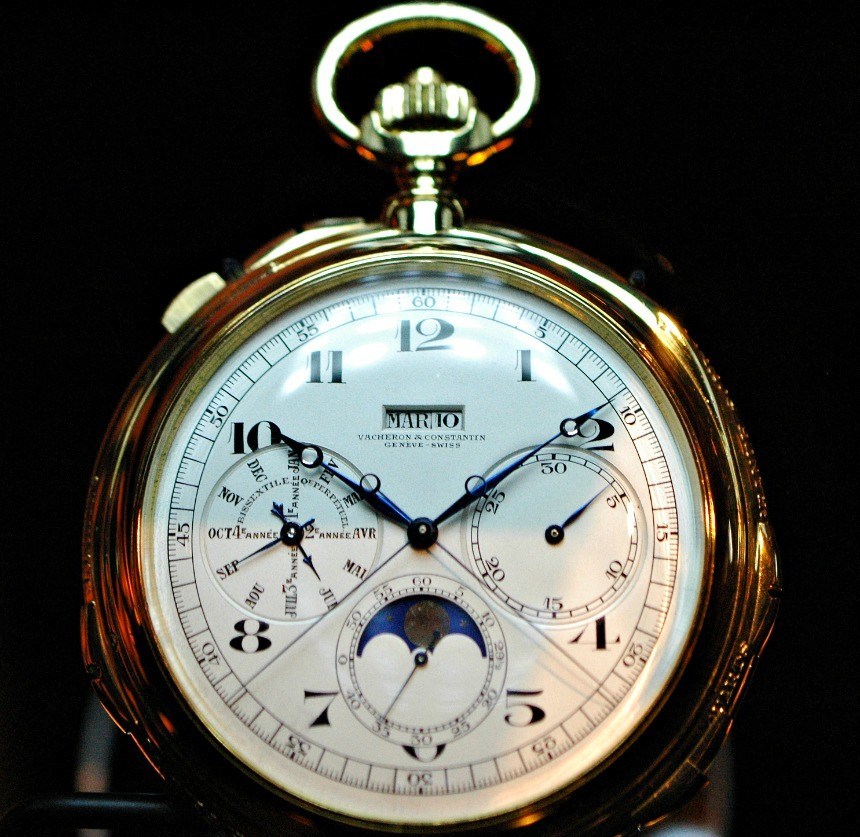 It’s estimated that there are only about 30 trip-repeaters in existence, and the complication is even more rare in this size, especially incorporating a split-second function. Furthermore, although not as immediately noticeable as the tribute to the Egyptian and Sudanese flag enameled on the caseback, the “digital” day/date display, or the solid silver case instead of 18K yellow gold, the “Fouad Watch” also made particular efforts to ensure accuracy in the movement – sending the piece through multiple rounds of precision testing for position and even temperature, plus fitting it with the Vacheron Micrometer regulator (patented in 1924) for good measure.

I guess it goes back to the age-old question of accuracy vs. a complicated design? Also, perhaps, that sheer quantity of complications is not always better? Either way, I think it’s clear that these are all incredible achievements in watchmaking firsts, not even going into depth about the “James Packard Watch” – which, for the sake of space, will have to be for another story.

What I like about this anniversary presentation by Vacheron Constantin is that it presents their newest Ref. 57620 creation in historical context – perhaps the element I personally love most about watches in general. With a whopping 57 complications, Vacheron Constantin could have easily gone the high-tech route and produced an endless parade of engineers, scientists, and designers to present the minute intricacies of putting such a complicated movement together via 3-D rendering projection or the such. Instead, they focused on the evolution of how they got here today by looking at their legacy of one-of-a-kind achievements in the past. More photos from the Vacheron Constantin 260th Anniversary Event in the gallery below. Vacheron-Constantin.com