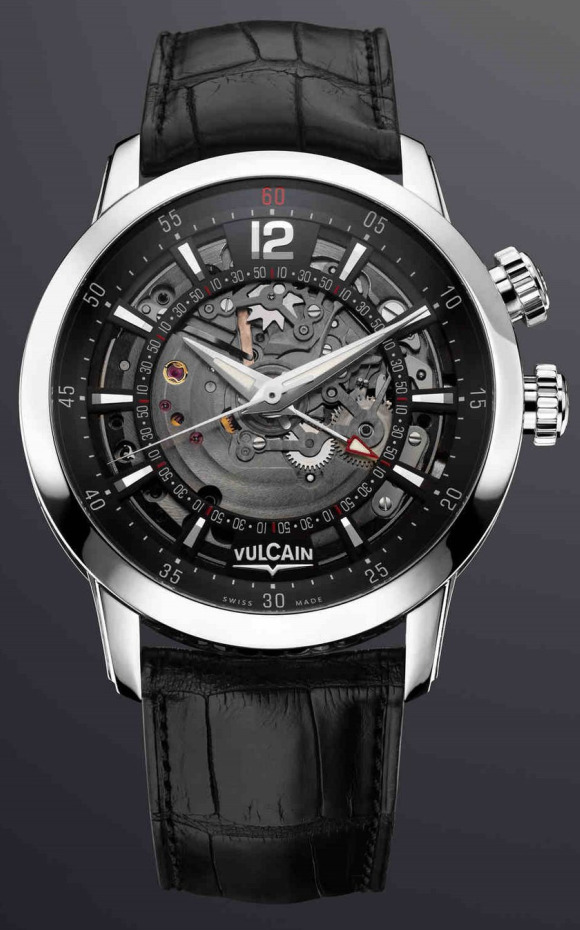 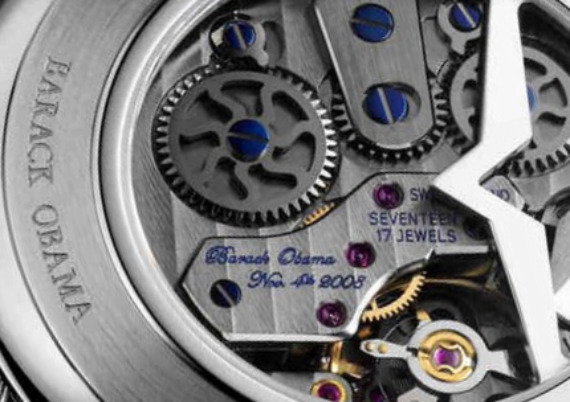 I wanted to go over the new Vulcain Anniversary Heart Cricket watch that was given to President Barack Obama once again. I have discussed the watch on Luxist.com, and in other places as well. You should know that Vulcain has been giving new US Presidents watches for over 50 years. It is part of the Cricket watch heritage and started with Truman. He liked the Cricket watches from Vulcain because they not only had an alarm, but one that would actually wake him up. I can’t say without a doubt (cause I don’t know them all) that the Vulcain Cricket alarm movements are the “best” mechanical alarm watches out there, but you probably won’t be disappointed in you get one cause you want a mechanical watch with an alarm function.

It also makes fantastic marketing sense for Cricket watches to be presented to Presidents by Vulcain. Talk about effective and easy marketing. What a sell that is if you know a few world leaders are wearing the same watch. It is certainly a step up in value from the Jorg Gray 6500 watch that Obama currently wears. The fact that he wears that watch shot Jorg Gray into the stratosphere of success. I don’t think the same will happen to Vulcain – even if everyone knows about it. I don’t know that Obama has even been seen wearing the watch as is the fact with the Jorg Gray, maybe once his second term in office comes he will switch it up a bit with the watches. The Jorg Gray watch means a lot. Mostly because it is a simple piece that most people can afford and relate to. That is not the fact with the Vulcain Cricket Anniversary Heart watch that doesn’t go for lower than about $6,500.  From $300 to $6,500 (or more) is not an easy move for most people. So Vulcain has the tough task of convincing the more well-off segment that a luxury watch a President owns (and maybe doesn’t wear) is a good personal investment. But you know what… at least here in America… Vulcain doesn’t market at all. Not even a magazine ad. It would catch attention having a statement like “What can you and the President have in common? This fancy Vulcain watch!” No, they don’t do that, and I have a feeling they haven’t done things like that since the vintage French ad you see before you. Way to throw away a half-way decent marketing pitch Vulcain. I once visited a watch shop in Germany that sold Vulcain watches. They also sold like antique clocks that didn’t seem to work. Those were much more prominently displayed than the Vulcain watches that sat in the back collecting dust. All I am saying is that Vulcain spent 50 years creating this well mannered trend, only to waste it in current times by not sharing it with potential American buyers (and others it seems). 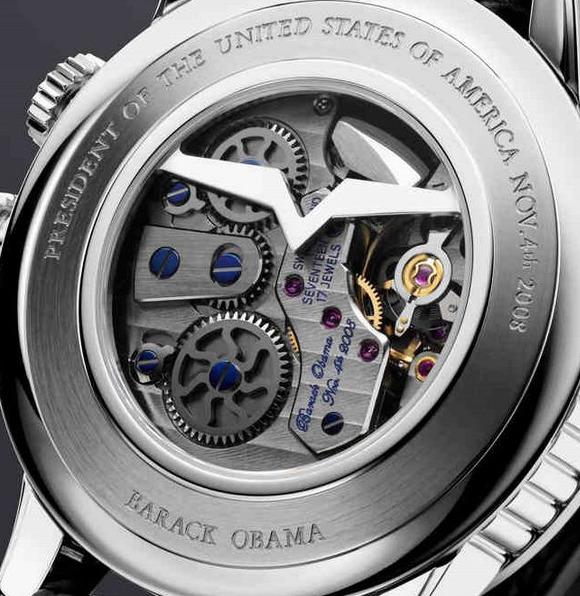 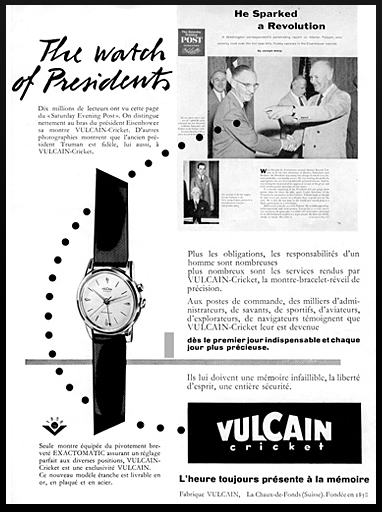 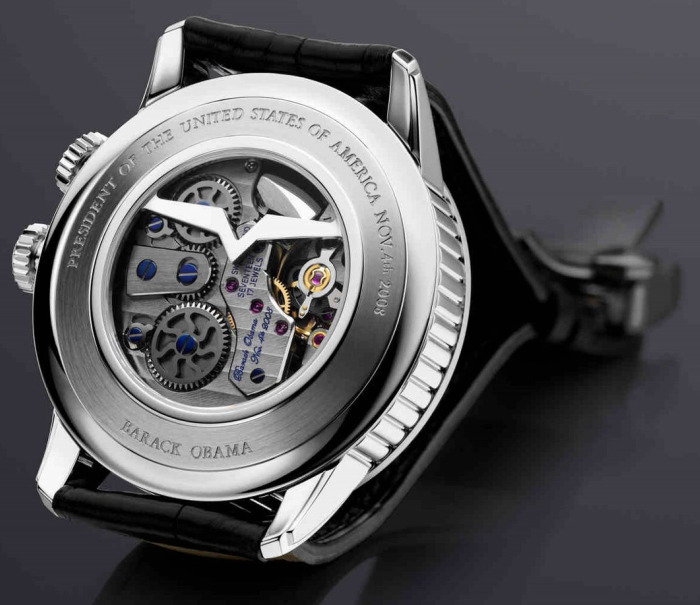 The Anniversary Heart watch is actually a really fine timepiece. It uses a manually wound Cricket calibre movement, employs some nice dial skeletonization, and has a really handsome look to it. Even the movement in the rear of the steel watch looks beautiful. The company does make some beautiful timepieces that are of a high quality, and in the scheme of Swiss watches… they aren’t THAT expensive. Still, I would venture to say that most of you haven’t even heard of Vulcain – a sad fact. Which goes back to one of my truisms about watch companies; “watch makers make good watches, and are inept at pretty much everything else” (including marketing and customer outreach). Like when they spend a lot of money to sponsor some event that 50 people will show up at, when they could instead spend that money on getting thousands of people information about their watches.

So does Mr. Obama like his Vulcain Anniversary Heart watch? I’d like to think so. I don’t know when he will wear it. In fact I would bet that like many of you, he’s never even heard of the company until he got the watch. Oh, and I don’t want to hear anything about “it is not legal for him to accept gifts” There are loopholes to that, and I am sure that after doing this for 50 years, Vulcain has found out about them.

I find the little engravings to Obama on the watch cute. I like them a lot, and they add as much character to this watch as they do to the Jorg Gray 6500 Barack Obama edition watch. Just so you know, the mainstream Anniversary Heat watch does not have the Obama message engravings, just the one for President Obama.

Years from now when historians are going over this era and Obamaphanelia (just made the term up, please start spreading it around) is popular, I think this will be a year nice collector’s item. If it even leaves the Obama clan that is. The point of all this semi-intelligible blogging is that Vulcain did a nice job with the Anniversary Heart watch, Obama should enjoy it and wear it on occasion, and that Vulcain should do a much better job taking advantage of this obvious marketing opportunity – especially in the US. Oh, and people should know that while he might not wear it, the President does have at least one luxury watch at his disposal.