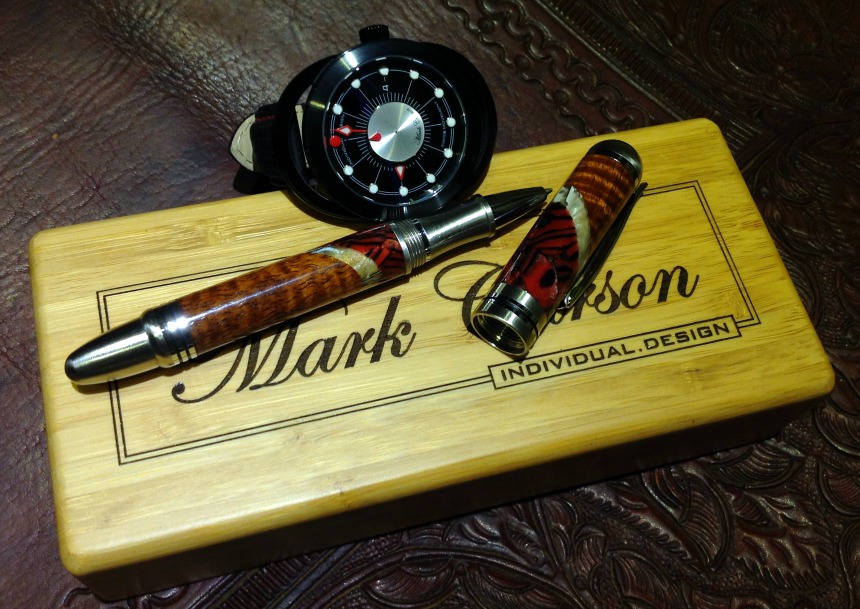 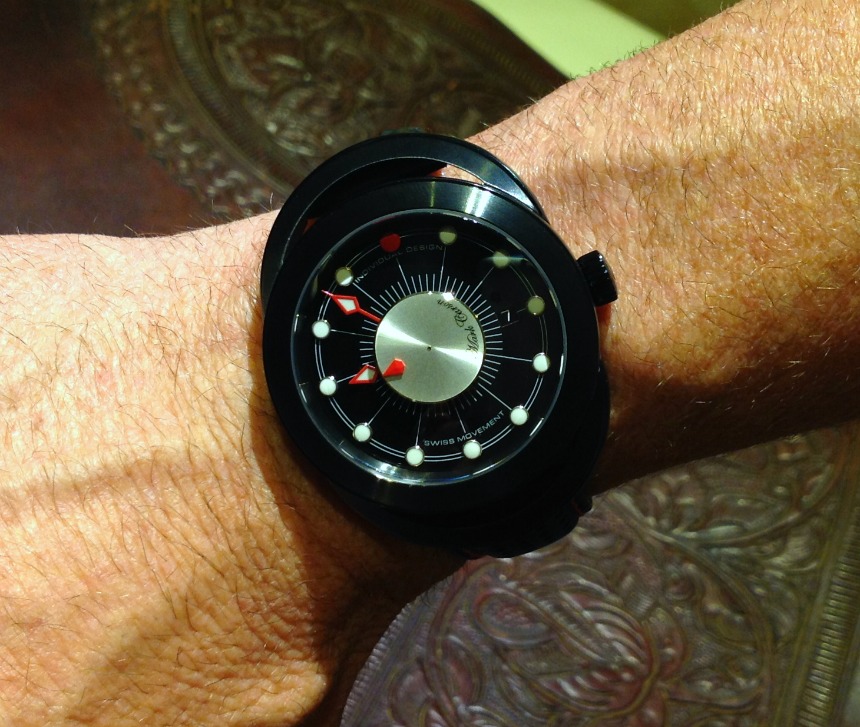 Shawn H. from Simi Valley, California was the lucky winner of the Mark Carson Hawaii Ka La watch that was the aBlogtoWatch giveaway piece in August. Here are his thoughts and wrist shots:

The human mind is a complicated thing. Upon entering The aBlogtoWatch Giveaway, I left a positive comment and I said that I was going to win the Individual Design Mark Carson Ka La Watch.  How did I know that?  I’m not quite sure. Because, to be honest, I thought to myself that it was a pretty nice watch.  But, it’s not a watch that I would spend my hard earned money on.

Long after forgetting about this watch, I received an email from Ariel Adams that I was the winner.  I couldn’t Google fast enough to see which watch that I had won.  I said to myself, ” Oh yeah, I remember that watch”.  So, I started learning as much as I could about this watch.  And before the excitement wore off, I was in love with it.  So, now the wait began.  Mark Carson was away from his home on the Hawaiian Islands, where the watch was designed and assembled and it took almost two weeks to make it to my wrist.  To make up for the wait Mark sent me one of his expensive Koa Wood Rollerball pens. I was very impressed by the gift and its quality and the communication from Mark was top notch.

The wait was more than worth it. I mean, what’s not to love about this watch.  The whole design of the watch is very unique, from the comfortable case all the way to the seconds hand disc.  Which, I have only seen on one other watch, a LeCoultre, that I happen to own.  You would be really hard pressed to go out on the town and see a watch with a similar design.  Then, there’s the nicely decorated ETA 2824-2 Swiss automatic movement.  I’m really surprised that Mark can even get these movements.  On top of all that, the watch has two sapphire crystals.  A nice deployant clasp and a nice soft leather strap that perfectly matches the rest of the watch.  The only changes I would like to see, would be stronger lume and lume on the red 12 o’clock marker and on the red seconds marker.  But that’s getting really picky.

The moral to the story is to really appreciate a watch like this, you need to see it, feel it, wear it and learn about it. This watch has a lot going for it, especially for the asking price.  As it turns out, I would spend my hard earned money on this watch.  And, with all the color combinations available, I’ll bet I’ll never see another one just like it. That’s the icing on the cake! Thanks again Ariel Adams and Mark Carson.